For Christmas last year, my wife bought me a flight in a helicopter – it was one of those “red-letter day” gifts. I’ve always quite liked the idea of going for a ride in such a machine, but it’s not an opportunity that arises particularly frequently. As such, I was thrilled with the gift and excited about the potential photographic opportunities!

She chose it as a gift, in part, because she knew it would give me something to take photos of. She doesn’t like feeding my camera hobby, but feeding the photography hobby was something she seems happy to get on board with. The odd thing is, when it came to choosing a camera to take on the ride, I didn’t feel particularly inspired at all.

If you follow this website, you might have read a recent post where I talked about a holiday I went on at the beginning of the summer. I was lacking inspiration too then. In the post, I talked about how my desire to take photos and my desire to play with cameras are both at a record low-ebb. As I said in that post, I’m not looking for sympathy or even encouragement – inspiration comes and goes, so be it – I’m busy at work and at home, so I have other things on my mind.

In the run-up to taking a ride in the helicopter, I did expect to have some sense of photography/camera-based inspiration though. In the end, it didn’t come. I stood in front of my camera cabinet the night before and made my choice based on pure objectivity. I wanted to enjoy the ride in the helicopter so I fancied taking something fairly automatic and I didn’t want to be stuck with autofocus. Being in a helicopter, I figured focusing to infinity would probably do the job. I also wanted good resolving power to make sure I wasn’t going to lose out on details in the landscape.

In the end, I just picked up my digital Leica and Zeiss 35mm 2.8 C-Biogon. One lens, one camera. I could put it on aperture priority, so I wouldn’t need to think about exposure too hard. I could also focus to infinity, and I was going to get good enough resolution out of the remarkably good little Zeiss lens.

I didn’t even contemplate my camera choice during the entire 2-hour journey to the airport either – this is unusual for me, as I’m normally mulling over the photography for quite a while prior to shooting it. On this occasion, I wasn’t, I was just excited about going in the helicopter.

Stood waiting for the helicopter to arrive from its previous flight was the first I really thought about the photos I wanted to take. I decided I should get a couple of shots of the helicopter from the outside, one of the controls and the pilot, and then a few landscapes. That really was the extent of my plan.

We had our briefing and then the helicopter arrived. I got my shot of it coming into land. 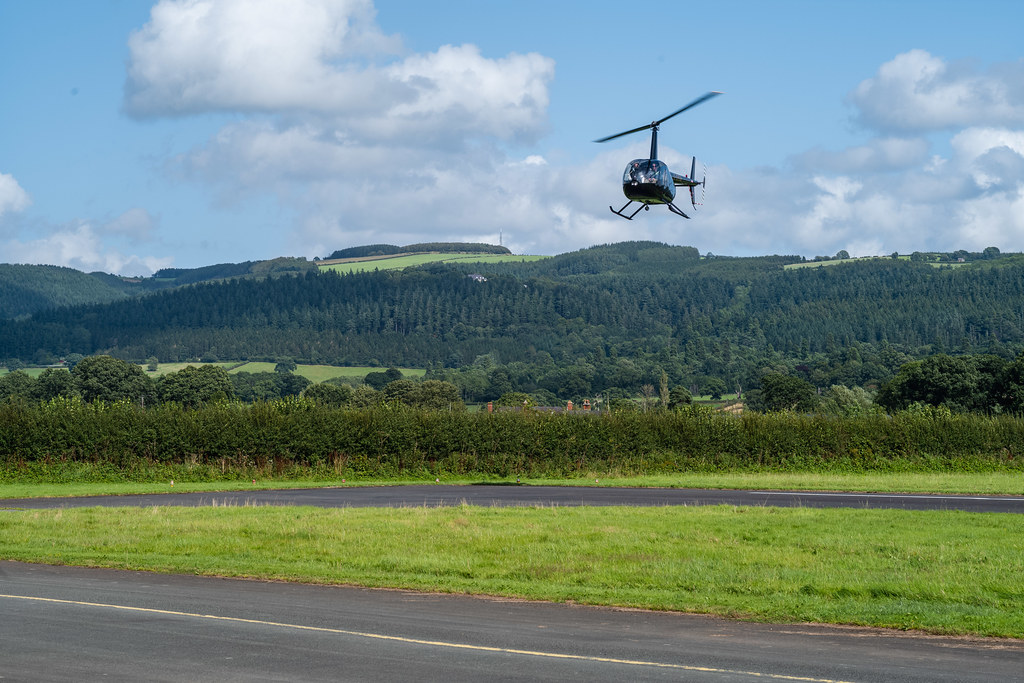 I then got one of the helicopter as I was about to get in (top). I’d paid a few extra quid to get the front seat, so took my seat, put the headset on, and moments later we were off.

I’ve not been in a helicopter before, and I didn’t know what to expect. In fact, being someone who finds rollercoasters wholly unsettling, I mostly expected to feel a little nervous. But I didn’t. Quite the opposite in fact. Once we got up to height, the atmosphere in the helicopter spoke volumes about the shared experience.

I was in the front with the pilot, two other passengers were in the back. Both of them had previously been in a helicopter and were quite calm. We chatted via the headsets a little, and the pilot pointed out a few landmarks, but largely we took our ride in silence. Not uncomfortable silence, I should add, but the sort of silence that comes from a shared sense of awe. 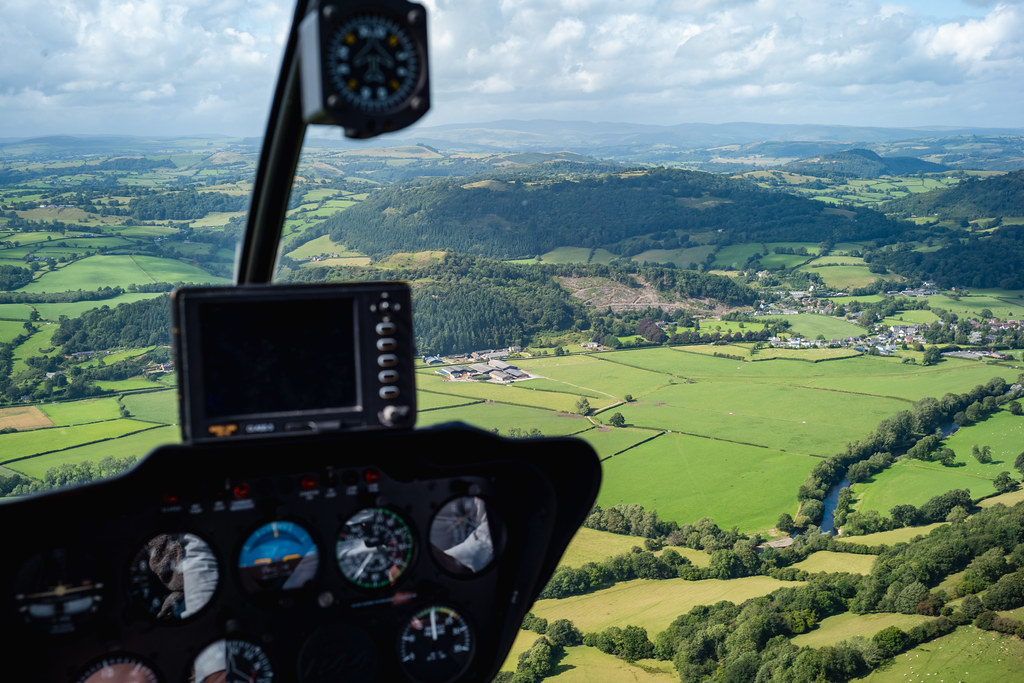 The Welsh countryside is stunning at ground level. From a helicopter it’s incredible. I was lucky enough to experience a wide range of weather conditions too. We travelled about 50 miles in total which took us from bright sunshine into areas of patchy cloud, and then into light rain and dark cloud cover. Seeing the landscape below was incredible enough, but the patchy sunlight brought a wonderful sense of drama to the vistas. 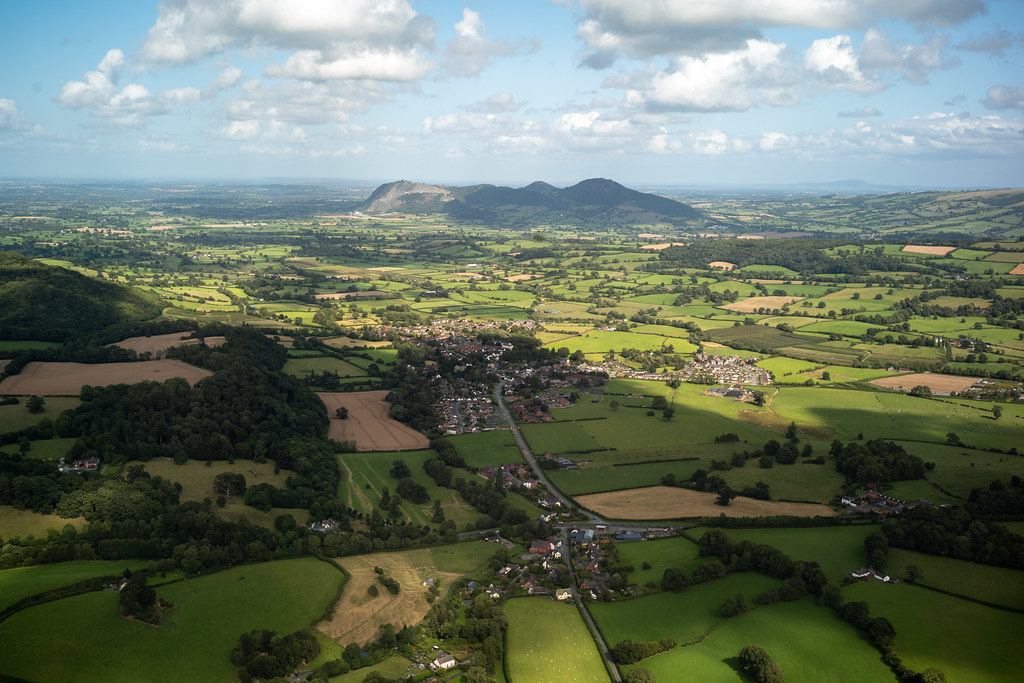 Just like toward the end of my holiday when I finally found a bit of pure inspiration to take a couple of photos of my kids, these stunning views inspired me again. What was interesting about the experience though was that coming from a point of having not felt particularly inspired or wrapped up in the idea of the photography prior to the flight, I was truly able to appreciate the experience without my thoughts of photography obstructing the view, so to speak.

I’m the first person to shout at the TV when I see some idiot filming their favourite band on thier iPhone from the crowd at Glastonbury festival. “Just enjoy the damned experience”, I can be heard shouting from about a half-mile away. That said, I’m self-aware enough to realise I can be a bit of a hypocrite sometimes. Again, as I mention in my earlier post, I can let photography become a little all-consuming in a way that, if pushed, I will admit, can sometimes disrupt or at least distract from my enjoyment of an experience.

By the time I took the ride in this helicopter though, I’d given up fighting the loss of inspiration and decided to just enjoy myself. Taking a camera and single lens that I barely needed to think about definitely allowed me to do that. I didn’t take many photos at all, though I still got the shots I’d loosely planned in my head prior to taking off.

I even managed to get a couple of shots I am really pleased with. This one, even if I do say so myself, I think is stunning – though I must admit, it’s a little hard to fail when taking photos of Snowdonia from a helicopter when sunlight happens to just fall into a valley and not much onto the surrounding hills… 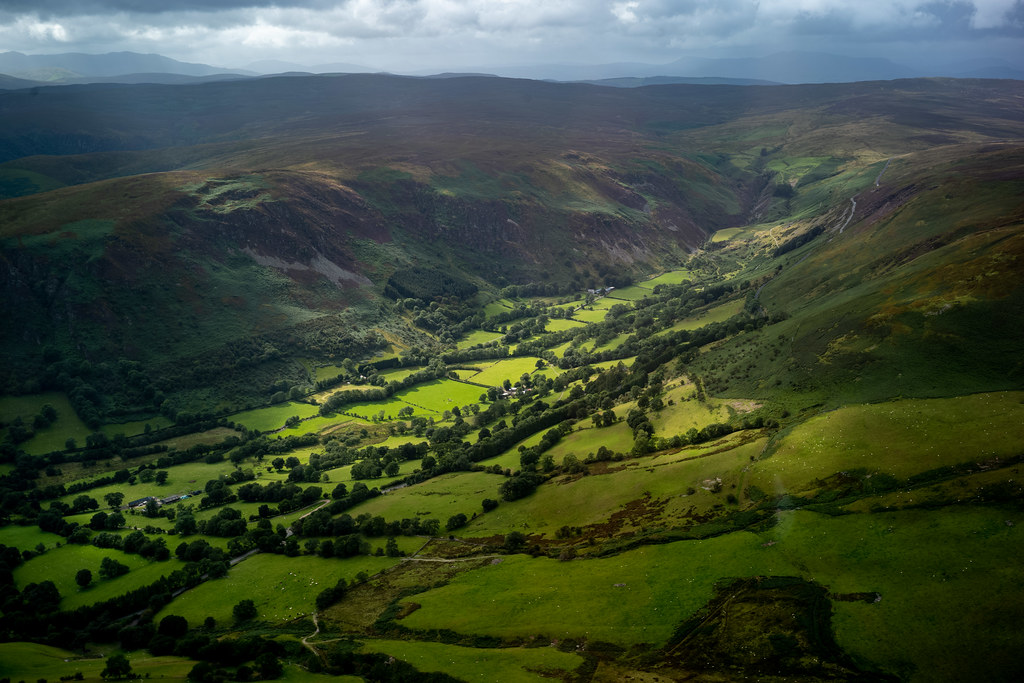 Thanks to me not being there with my full-blown photographer hat on, I was even able to shoot without fretting about the reflections or the rainwater on the glass annoying me. 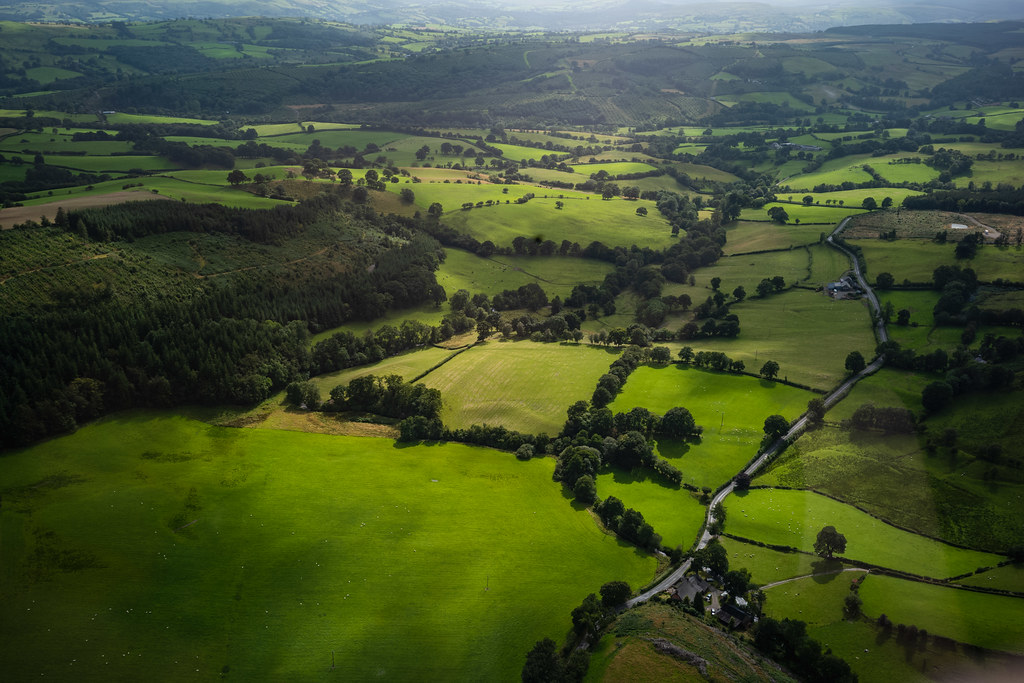 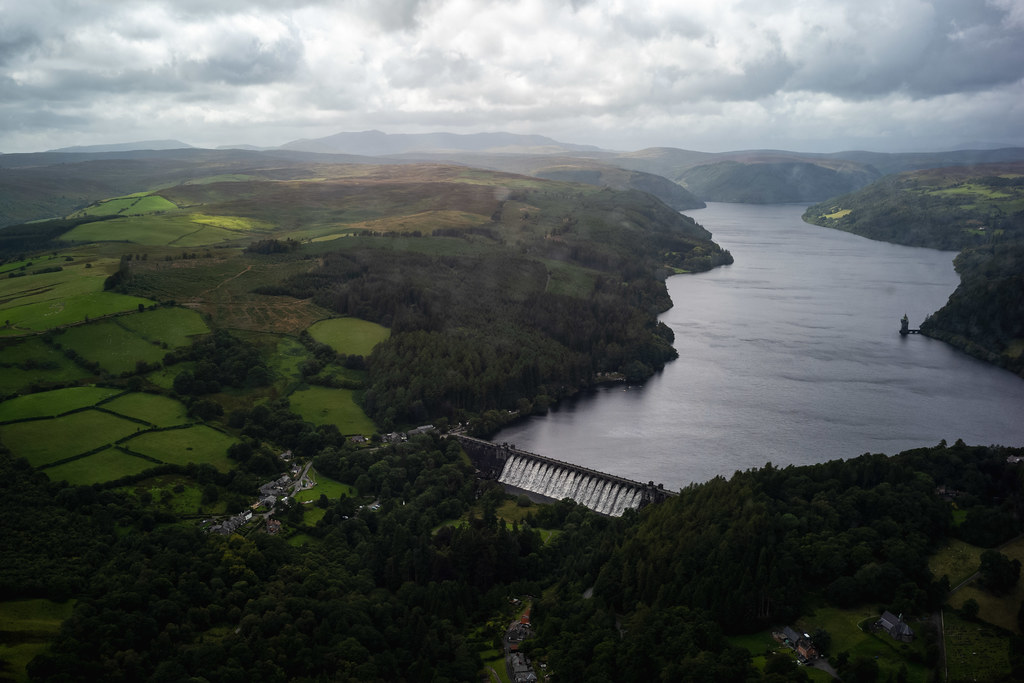 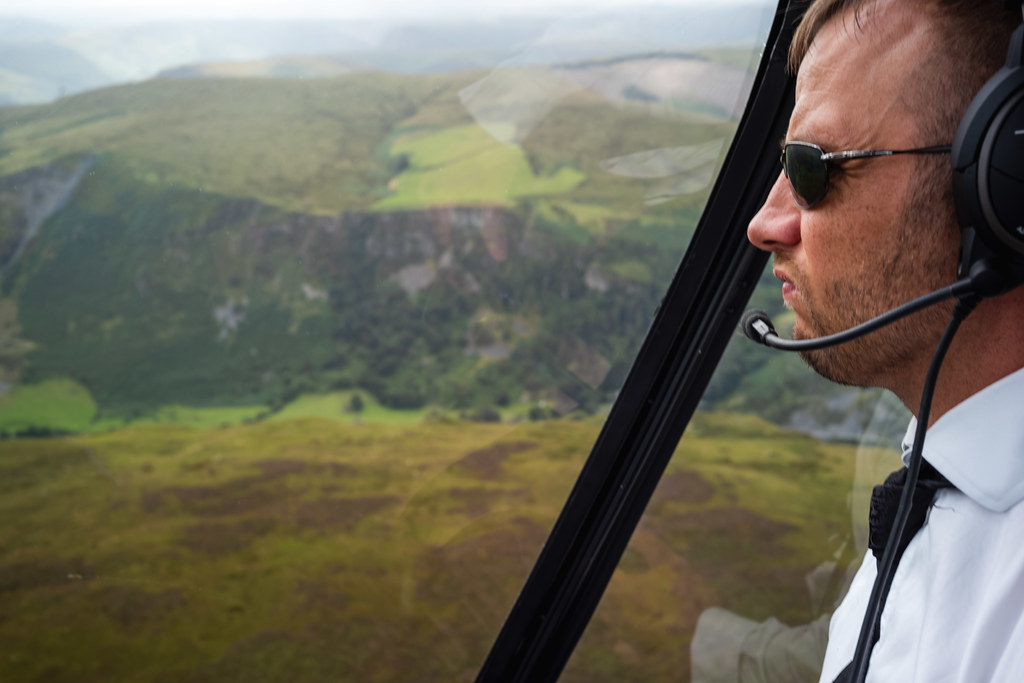 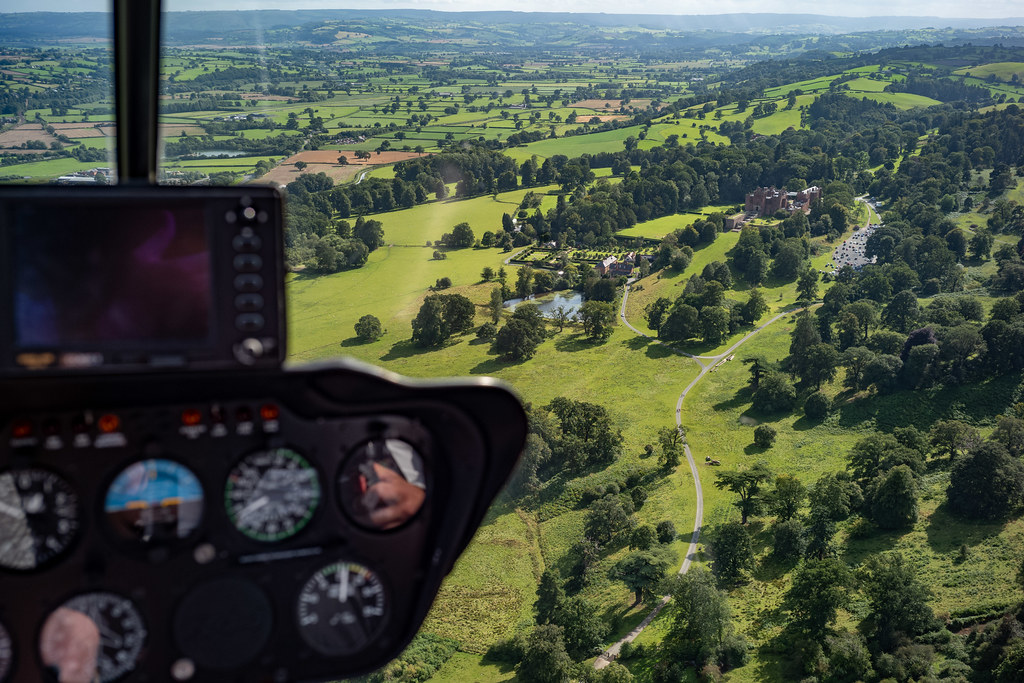 Of course, the title of this post was written entirely in jest – I don’t have GAS for a helicopter at all. I would love to go up in one again to take more photos like this, but I’m not about to start an intensive helicopter pilot training course and/or sell my house to buy one. This isn’t about the specifics of taking a helicopter ride for me. Instead – whilst feeling uninspired about photography or cameras – it has offered me the chance to reflect a little on why, how, with what and when I take photos.

In short, just because I am a fairly obsessive photographer, doesn’t mean that I have to behave like one… not all the time at least. More significantly though, just because I’m not behaving like one, it doesn’t mean I can’t still get a few photos that I’m pleased with! 5 frames with a Canon Demi 28 - By Steve Karsten