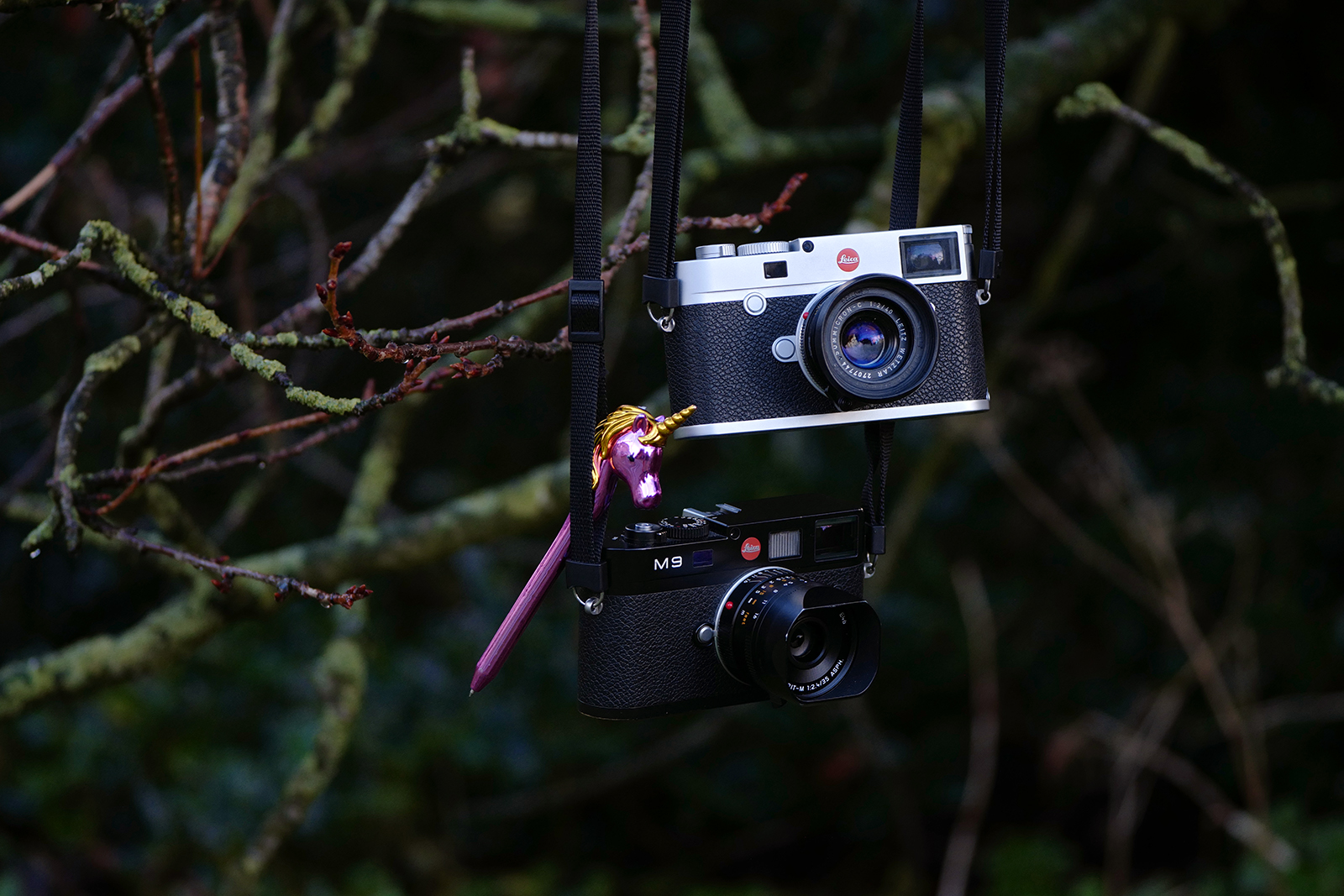 It was just over a year ago, that I made my foray into the world of digital Leica M cameras. Admittedly, I was rather late to the party. But when it comes to photographic equipment, I tend to be a creature of habit. I began with analogue SLRs as a teen in the 1990s, then by default transitioned to DSLRs. And for the next two decades, that was that. I can’t say that I found my equipment exciting. But it never occurred to me that excitement was a factor to consider when it came to camera gear. Neither did it occur to me to question whether it was ‘the best’ system for me. It was logical, affordable, familiar. Most importantly, it did the job.

It was my husband who rocked the boat and disturbed my tranquil, stagnant world of good-enoughness. He received an offer he couldn’t refuse on a well-loved Leica M9, bundled with a 50mm Summarit lens. Being more gear-curious than I, he decided to take the plunge. At first I stayed away from his new acquisition, like a skittish cat from a new piece of furniture. It took some coaxing and prodding, but I finally deigned to give it a try.

The outcome? I have not used a DSLR since…

No pun intended, but the M9 and I ‘clicked.’  It had nothing to do with the Leica name. Or with its famously minimalist design language. Or (and I struggle to even write this whilst keeping a straight face) with the so-called ‘Leica look’ of the photos the camera produced.

No. The feature that converted me was the rangefinder.

As someone for whom an optical, manual-focus experience is a non-negotiable part of photography, I was of course aware that  rangefinders existed. I had used analogue rangefinders before; I had owned a few Zorkiys and even a Leica IIIF. But somehow I failed to make the cognitive leap to the idea that maybe, just maybe, I should try a digital rangefinder system as an alternative to the DSLR. To be honest, I had a hard time accepting that the two concepts (digital and rangefinder) were even compatible!  I had assumed the Leica thing was an overpriced gimmick.

It was both exciting and terrifying to be proven wrong. Exciting, because the digital rangefinder was such an ideal fit for me, that using it felt as if we were viscerally integrated. The frame-lines fused with my field of vision. The focus-patch was so easy to use, I wasn’t even aware I was doing it. My eyes no longer grew tired, and I stopped getting migraines after long photo shoots. My out of focus rate decreased dramatically. And I do believe my images improved – not because Leica takes better photos, but because I, the photographer, was fortified with a new-found sense of comfort, wonder and optimism.

Of course, the terrifying part was… I would now need to sell all of my worldly possessions, to get a digital M of my own. (Okay, I exaggerate. But only slightly!)

Today I am the owner of a Leica M10 and a small collection of M lenses. It’s a system that works perfectly well for me. Which, considering my preference for optical focus,  50mm lenses, and natural light, is hardly surprising. I am basically the ideal candidate for a digital rangefinder.

And yet… The digital Leica M is popular. More popular than it should be, considering what it’s designed and not designed to do. This was something I could not help but notice when I plunged into the online Leica universe whilst deciding which body and lenses to purchase.

At the time, the release of the M11 had just been announced, and the internet was buzzing. On an almost daily basis, there was a glut of new Leica M content, in the form of reviews, comparisons, discussions, analyses, and future predictions.

I consumed it all with the earnest enthusiasm of a newcomer, and observed a recurring theme that soon began to alarm me: The focus (no pun intended) seemed to be disproportionally on non-M-ish aspects of the digital M cameras. And I don’t mean just the techie things like the number of megapixels, improvements to dynamic range, low-light performance, and so on. No, I mean truly non-M-ish things (in fact, anti-M-ish might be a more fitting term), like… the Visoflex (external EVF accessory), which Leica introduced several years ago to the delight of M users. And new M lenses, which offered a reduced minimal focusing distance when used with live-view and Visoflex. There were excited rumours that the new M11 might in fact have an internal EVF.

It was at this point I began to feel as if I had taken a wrong turn and ended up in the Twilight Zone. Was I that late to the party, that the party was effectively over? As I was discovering the joys of the digital rangefinder, were others casting it aside in favour of electronic-assisted focus? And if that was indeed the case, why did they want an M camera in the first place, when Leica already offered a perfectly good mirrorless full-frame EVF model, aka the SL?

In attempts to unravel this mystery, I reviewed quite a lot of content and took part in some heated backchannel discussions. And what I’ve gleaned does not bode well for my newfound digital soulmate. I will try to summarise it here in a way that I hope does not come across as aggressive or overly critical, but rather reflects my understanding of what is happening… But in any case, here goes:

1. A considerable subset of Leica M users does not actually want, or need, a Leica M.

What they really want is a mirrorless camera with an electronic viewfinder, that has the aesthetics, ergonomics, and user interface of a Leica M. (I suspect that some also want the cachet of  a rangefinder camera, without actually having to use the rangefinder feature… but that is a topic for another time.) I do not know how else to explain that so many M-shooters I’ve spoken to admit they tend to focus via the Visoflex attachment and the live-view mode, as opposed to the optical rangefinder. In the same vein, much of the online content pertaining to M cameras seems to be centred on finding solutions, workarounds, and ‘hacks’ for the various limitations of a rangefinder. Of course, the obvious solution would be to choose a different camera. And yet there is a palpable attachment to the idea of the Leica M that supersedes practical considerations.

2. The Leica SL range offers all the features Leica users want. Alas, it is uncool.

Conversely, I find it intriguing that while SL series actually does offer the features Leica users want, it is persistently shunned. It appears that the aesthetics, ergonomics, and size of these cameras (as well, as, arguably, its associations with Panasonic and Sigma), make it less desirable for the type of customer who gravitates toward the M.

3. The above two points combined put pressure on Leica as a company, to evolve the digital M range towards something it is not…

…Namely, toward an electronic mirrorless camera with vestigial rangefinder features. Unfortunately, there is evidence of Leica starting to yield to that pressure. While the new M11 does not have a built-in EVF, the rangefinder-incompatible features of some new M lenses are worrying, as is the amount of attention dedicated to the Visoflex .

For that small subset of digital M users who actually prefer, value, and want the optical rangefinder specifically with as little electronic clutter as possible, none of this feels like good news.

Moreover, considering that the ‘M’ in Leica M stands for messsucher, which literally means ‘rangefinder’ in German, it is hard to ignore the absurdity of this development.

Would Leica not benefit, I wonder, from  keeping the M series a pure rangefinder, whilst dedicating resources to a redesign of the SL series?  Make the SL more ergonomic, sexier, more Leica-esque… make it out of brass… rename it if they have to!

Alternatively, perhaps a new hybrid M-E line can be launched, offering that blend of rangefinder and electronic-assist features that many find desirable. That way, characteristics of the original M bodies and lenses can remain protected.

As I write all this, I can readily anticipate the obvious retorts.  ‘Don’t you think that Leica knows what they are doing?’ and ‘Who are you exactly, to opine on this topic?’ And in fairness, I can’t argue with either point. Nevertheless: The rangefinder changed my relationship with digital photography. And therefore, I do  feel invested in what happens next.

Header image: The Leica M9 and M10. Photo taken with a Leica CL and a Voigtlander 90mm 3.5  APO-Lanthar lens. AE-1 vs. OM4 – A Viable Alternative to Usual Recommendations – By Michael Allan-Wood