It sometimes feels like a few of the pieces of the puzzle just come together. This might be to do with light, or the subject matter, mood, gear, whatever; it’s a nice feeling! I’ve recently had this feeling from a Konica Hexar RF and Voigtlander 50mm f/1.1 when combined with Kodak Portra 800

I wasn’t convinced by the Konica Hexar RF when I first got my hands on it, but as time has gone on I’ve warmed to it. More than that, in fact, I have found myself really liking it. That said, one particular feature of it that initially bugged me was its weight and balance. It’s quite a heavy camera, and so with smaller, lighter lenses, it tends to tip back on its strap. I’d actually begun learn to cope with this annoyance by the time I got my hands on the Voigtlander 50mm f/1.2, but the heavier lens just made that particular issue go away completely, letting all of its other positive traits appeal to me even more.

Funnily enough, I didn’t initially think to mount the Voigtlander onto the Konica. The Konica Hexar RF has a lower magnification viewfinder than a lot of rangefinders, so it didn’t seem to be the ideal camera to go with such a fast lens as the 50mm f/1.2. I then spotted a picture of the Konica 50mm f/1.2, a lens that I’d forgotten existed. If they made a lens that fast to go with this camera, then I figured there’d be no reason not to try the Voigtlander. As soon as I mounted it and held the camera I had a good feeling about the combination. It felt right in the hand and it hung perfectly off the strap. It’s not even like it’s a particularly big or heavy lens – in fact, it’s quite small and light for a 50mm f/1.2 – but it’s just heavy enough to balance the Konica perfectly. And despite my initial concerns, it works really well with the camera too.

I cover this more in the review I’m currently writing, but the rangefinder patch in the Konica Hexar RF isn’t perfect. The short story is that you have to look straight through the viewfinder, else it can show focus incorrectly. Once I worked this out though, despite the lower magnification of the viewfinder, I’ve found it quite easy to obtain good focus with this lens, even shooting closer to wide open.

I’m also writing a review of the Voigtlander 50mm f/1.2. It’s taking me longer than usual, mainly because of how blown away by it I am by it. I’d never expected to find another lens I like as much as my ZM Sonnar – but this thing is right up there. It is admittedly much more modern in the way that it renders and shoots. Stopped down to f/2.8 and it’s very sharp and very contrasty – almost too much so sometimes. It’s still fairly sharp wider open too, yet it manages to also have a really nice fall-off to out-of-focus, spot-on bokeh.

The final piece of this puzzle was a roll of Portra 800. Almost every time I mention this film, it gets flagged up by someone that it’s an expensive film. This is true, but it’s so good it’s definitely worth it for me. Exposed correctly it seems to have a really fine grain for such a fast film. It’s also very receptive to underexposure. A couple of the shots below, rather than open the lens wider, I set the camera to EI1600, possibly 3200 (I can’t really remember, I’d had a drink). I expected to find a lot more grain but actually, provided I took the underexposure into account in the scan, the results were spot on!

That’s just low light of course, but thanks to the higher maximum shutter speed of the Hexar RF, I can still get away with shooting wider-open with this 800 ISO film without having to rely on overexposure latitude.

Here are a few of my favourites so far: 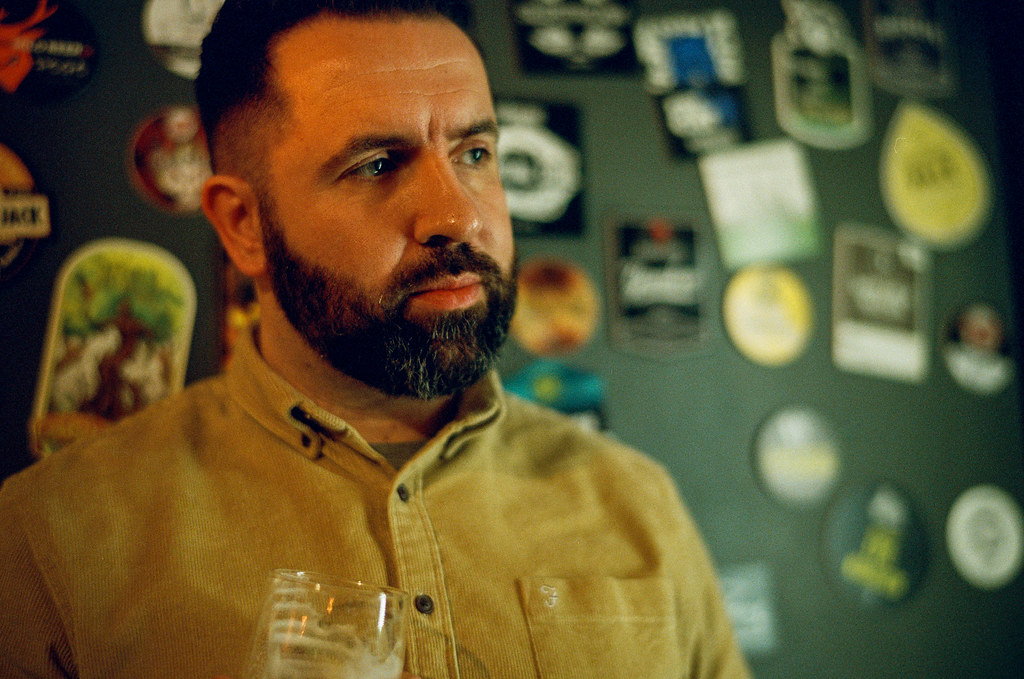 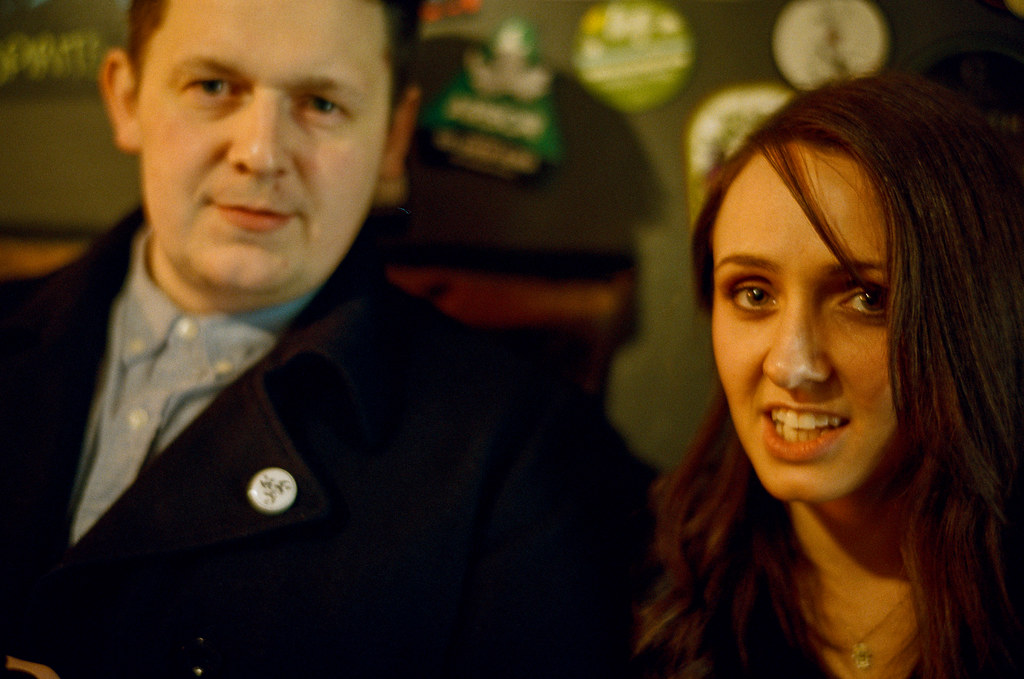 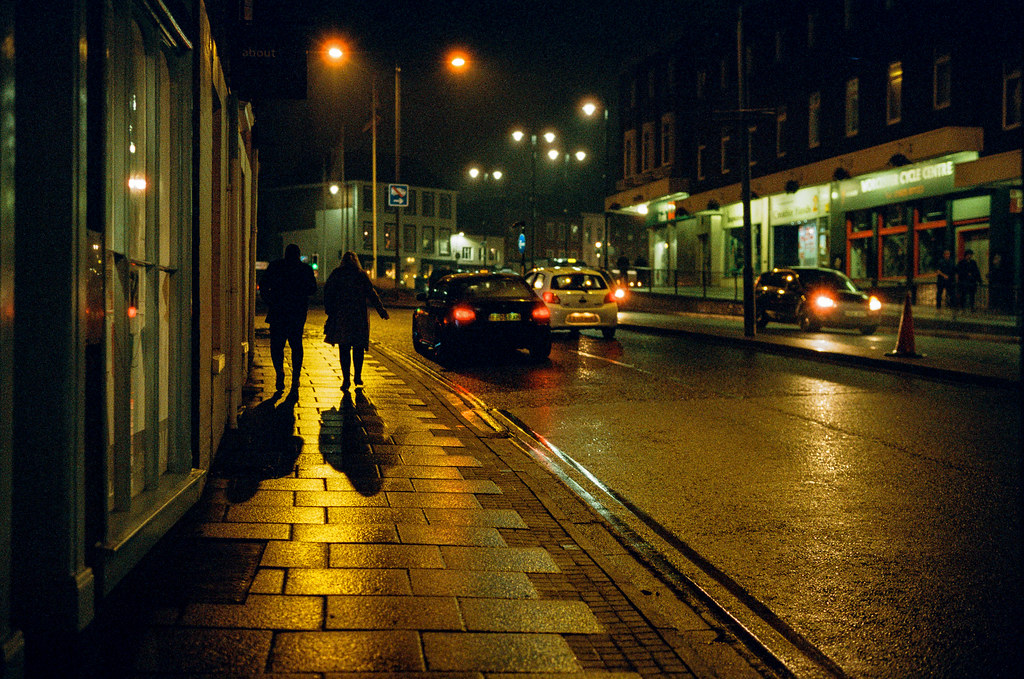 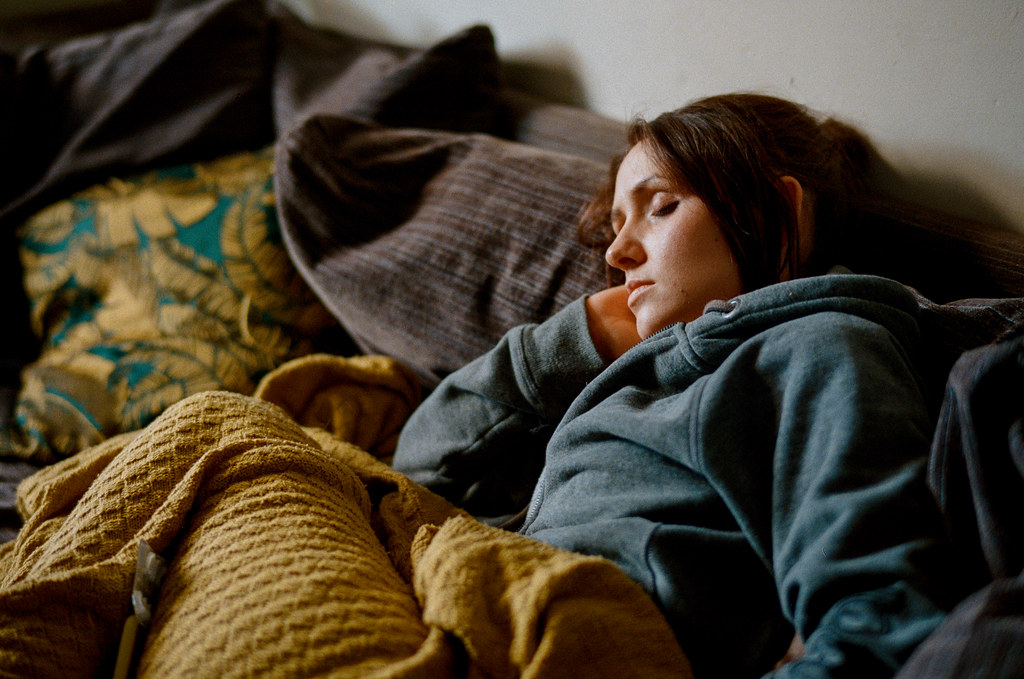 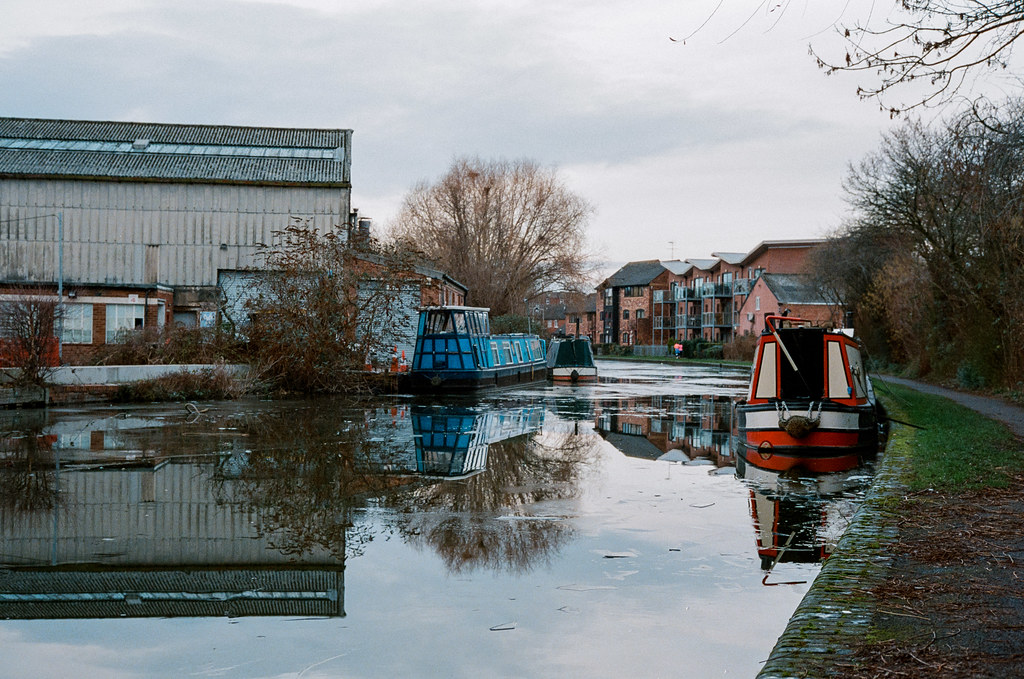 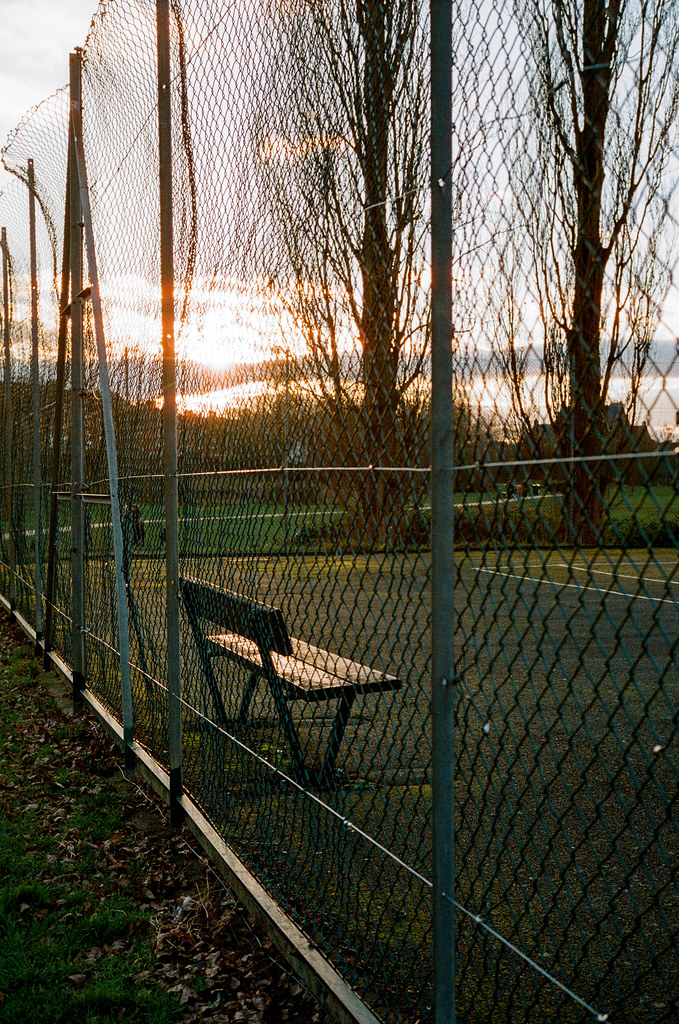 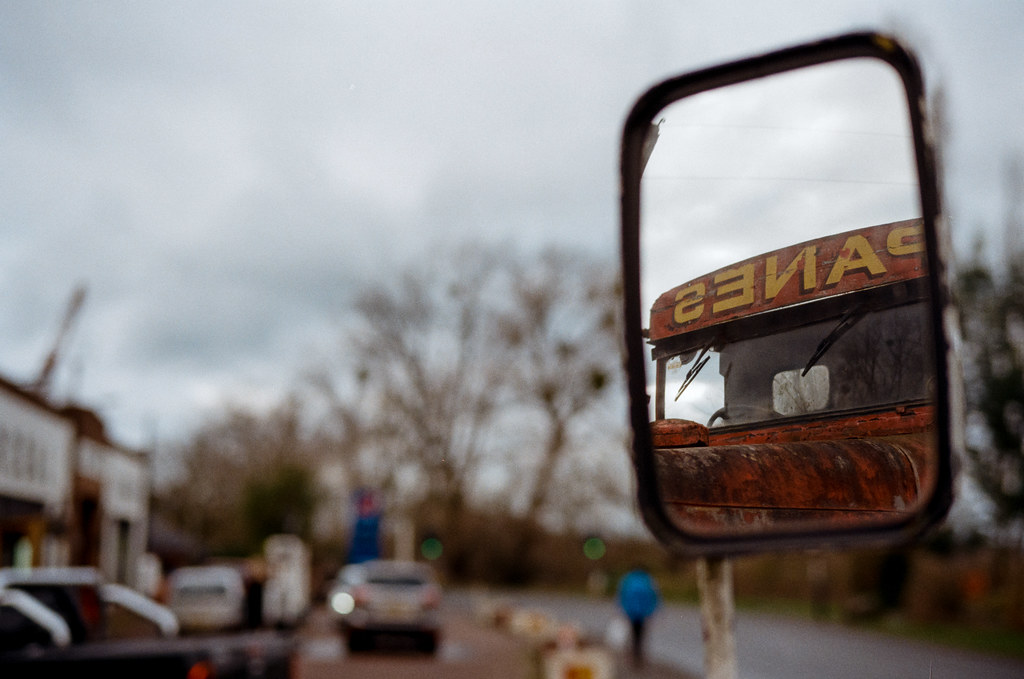 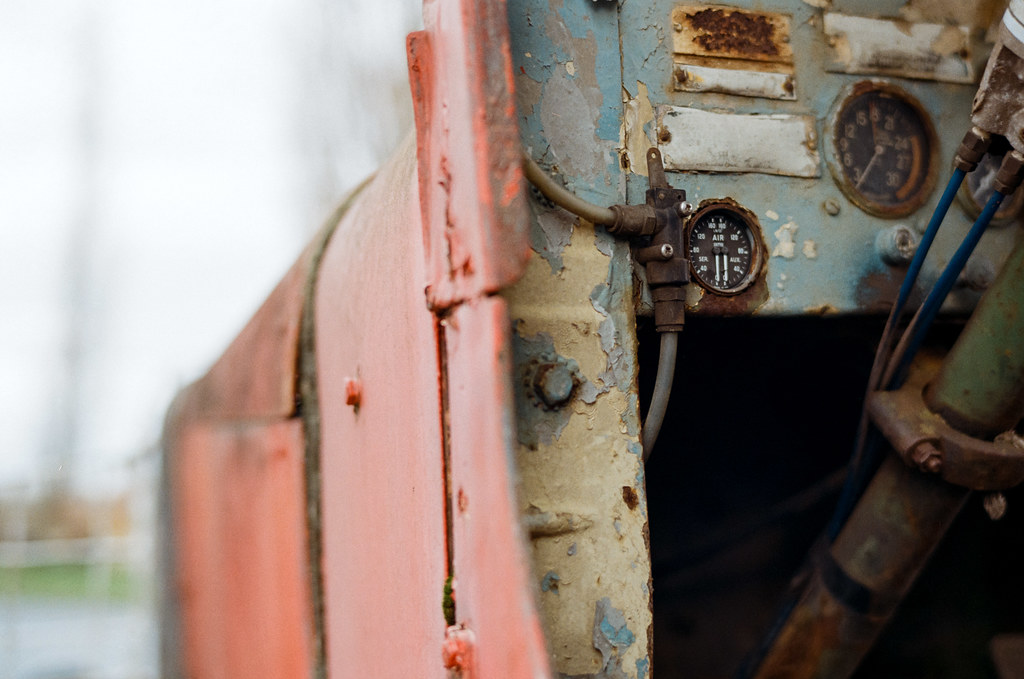 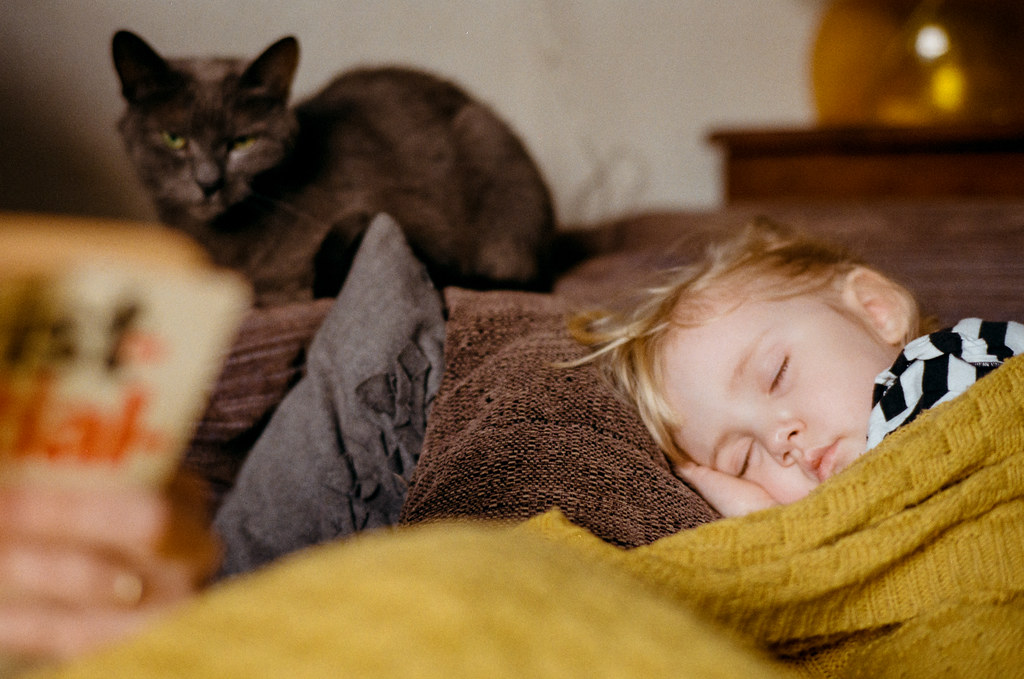 In short, all in all, it feels like a very versatile combination of kit and film. More importantly, I’m very pleased with the photos too! Reviews about both camera and lens will be coming in the next month or so – you can expect plenty more shots taken with Kodak Portra 800 too!