I picked up this Minolta Hi-Matic E from a charity shop in town, it had black sticky stuff all over it and thanks to not having any batteries in it was obviously not showing much signs of life. I’ve got to know the chap in the shop fairly well over the last 6 months, and help him out here and there with pricing up some of the photography gear that comes in from time to time. I’m yet to see anything remarkable in there, despite going through north of 200 cameras over the period of time I’ve been helping him. This Hi-Matic was certainly looking toward the unremarkable end of the spectrum. After looking on eBay’s completed listings, baring in mind the condition and fact that we didn’t know if it was working, we decided that £10 was fair. He didn’t think he would get more than a fiver out of anyone else, so he was happy and I thought it worth the punt.

After getting it home, the first port of call was to clean it up… And up it certainly cleaned! The black crap just wiped off with a baby wipe, leaving little or no trace. Underneath it all was a nigh on perfect camera. Next was to find out if it worked. I didn’t have any of those daft 640 batteries knocking around, so after a quick tweet I was given the hint about padding out the battery compartment with something conductive. This was my solution, which worked a treat. 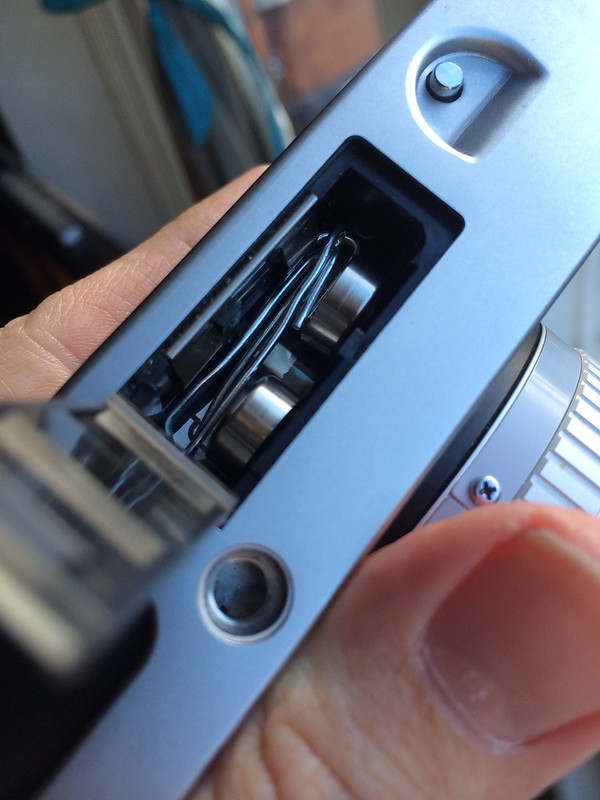 Well, it sorta worked… Intermittently… One way or another, it proved that the camera was at least functioning. I ordered some 640 batteries off eBay and a few days later they arrived. But I didn’t put them in the camera, I didn’t even check they were the right batteries, they just got chucked in a drawer for “later”. As is the way sometimes with these spontaneous purchases, the non spontaneous cameras, the gear you have actually coveted and bought takes precedence. So the Hi-Matic E got plonked on the shelf, destined to collect dust for a little while.

Just the other day, after having had a migraine the day before and as such not feeling particularly good, me and Hannah decided to get some exercise and go for a walk on the Malvern Hills. I’ve been shooting quite a bit with my Leica iiia recently which is of course 100% manual, I wasn’t feeling up to that level of thinking, but nor was I in the mood for dealing with the whims of autofocus. The M7 actually seemed like the logical choice, but I felt like using something a little more simplistic. The Hi-Matic E sprung to mind, and once there I couldn’t think of anything more suitable for my mood and current mental condition.

The Hi-Matic E is a very simple camera, exposure is entirely automatic and chosen by a CDS meter just above the lens (inside the filter mount) with a metering range of 25-500 iso (the manual ISO selection can of course be used as a rudimentary exposure control). Focusing is rangefinder based, there is a self timer and a some sort of automated flash mode which I’d guess works like the Olympus 35rc. If I’m right, once the flash’s power (GN) is set using the chart on the back of the camera and the lever on the bottom of the lens, the camera will alter the size of the aperture it uses dependant on the distance of the subject that is focused on. And that is really all there is to this camera feature wise!

The viewfinder is passable, mine flares quite a lot and the rangefinder patch is a little bit vague. And then there is the shutter button, which really is bloody horrible! It has a good 7mm of travel in it and makes a series of clicks as it’s pushed down, has an odd whirring noise as it returns and its spring loading makes it feel like a toy. So a very simplistic camera, thats probably really only “OK” to use … What’s the attraction? Well apart from suiting me perfectly on a day after I’ve had a migraine, in short, it’s almost all about the lens!

Daniel VanDurman, who wrote this review for FFP, and also mentioned the Hi-Matic E when he wrote submitted his 35mm compact fanatic article had told me on twitter how good the 40mm f/1.7 lens was a good couple of times when I had mentioned it, and by no means did I not believe him, but I was still almost shocked by the results. I think they have a lovely look to them, slightly lower in contrast perhaps than modern glass, but sharp, very sharp in fact. I don’t have a hood for it, but despite shooting in some situations that would often cause flare, I had no such problems. 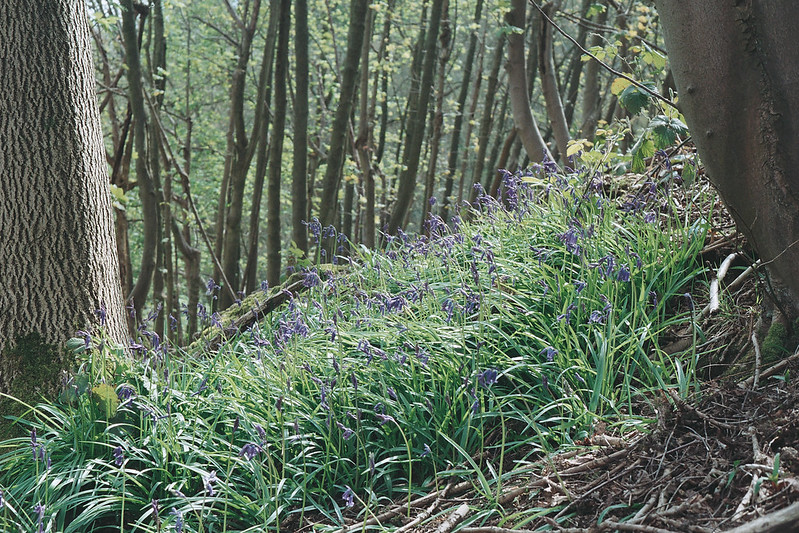 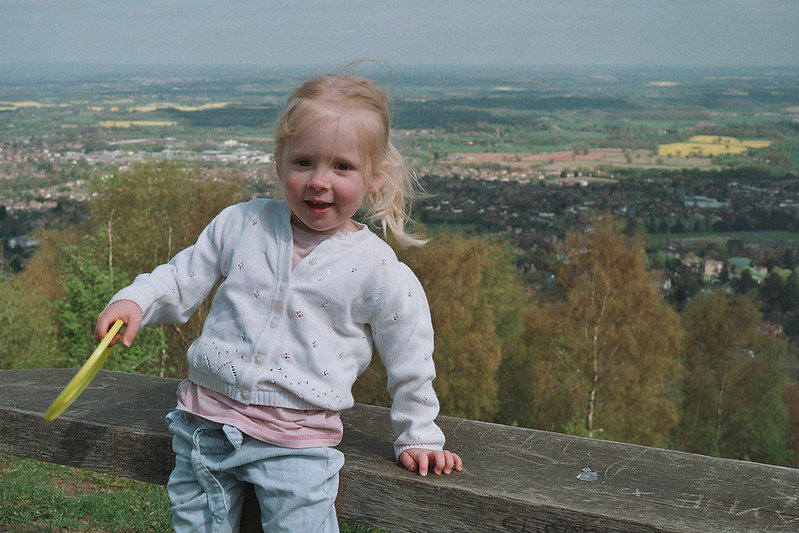 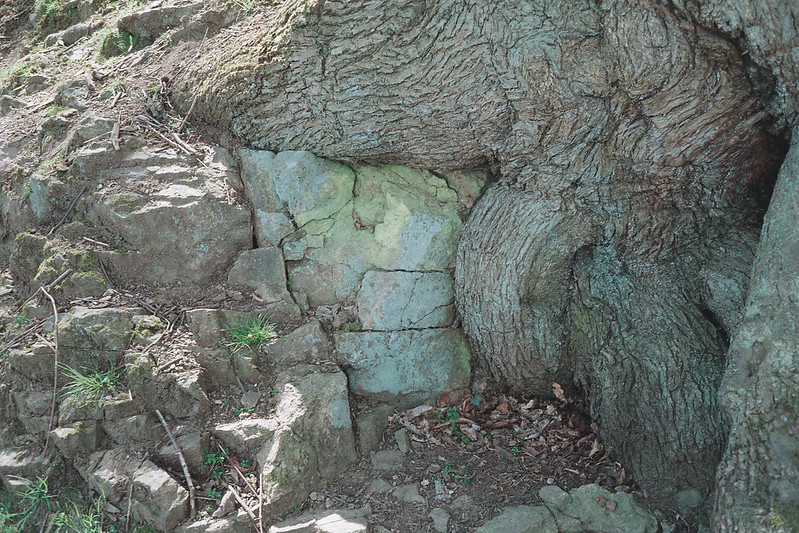 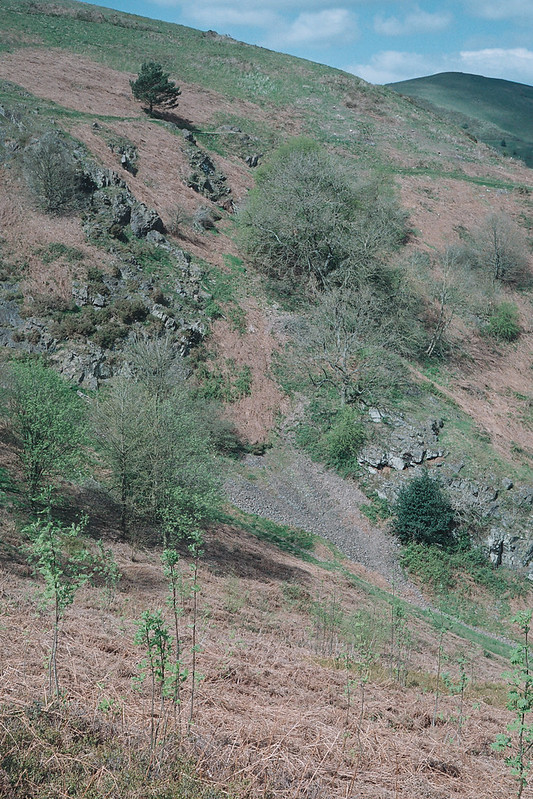 Final thoughts on the Hi-Matic E

I can’t help being reminded of the Olympus trip 35 when considering this camera, it does gain it’s automatic flash mode, and has rangefinder focusing over and above the Trip’s offering, but the simplistic feature set combined with a very impressive lens is very trip-like. I’m not quite sure I like it as much as the trip though, it’s a little bulky by comparison, and I really struggle with the shutter button… but the results really make up for those relatively minor niggles. There is a lot to be said for this level of automation once in a while, it allows you to think about little more than composition. And with the rangefinder focusing on hand you get that little bit more reassurance that focus will be correct than you get from the likes of the trip. I can definitely see Mr VanDurman’s attraction to it!