By the early 70’s compact fixed lens rangefinders were pretty much top dog in the compact pool. Particular successful were auto-exposure cameras personified by the Legendary Konica C35 series which remains sought after these days. However for as little as 99p you can buy an almost identical camera with the likes of the Chinon 35EE.

Yup, you can get this underrated compact 70’s workhorse for peanuts. It suffers as most people who want into this class will rightly look to the C35 and then probably the likes of Ricoh or Vivitar models of this period. The Chinon is often overlooked but yet does pretty much the same job but cost a fraction of the £20 plus you’ll pay for a working Konica C35.

There is actual some speculation if the skew of 1970’s Japanese compact 35 rangefinders were actually much different and many seem to share common components and function. What is certain is that the Chinon was also sold by Dixons in the UK as the Prinz 35EE and in the US as the GAF memo 35EE but it is spookily similar many other compact rangefinders of the era like the Vivitar 35EE. 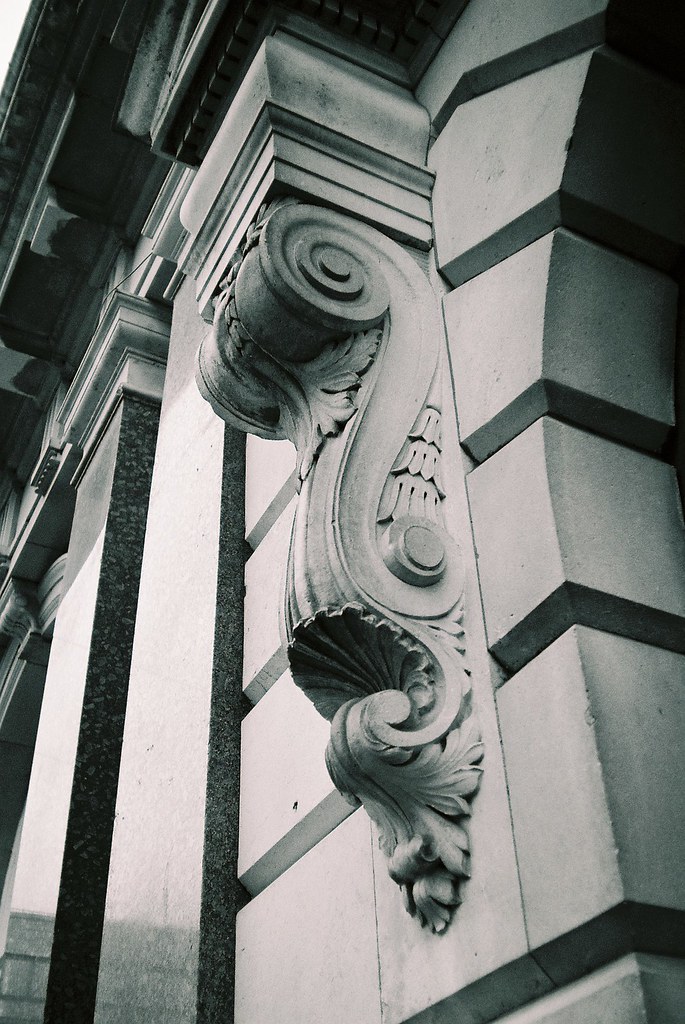 Central Carlisle. Taken on a Chinon 35EE with Kodak BW400CN

The Chinon 35EE is near identical in function to a Konica C35. Although the 38mm lens lacks the Hexanon glass and is comically slightly faster (f/2.7 compared to f/2.8), the rest of the spec is near identical. Both cameras have auto exposure systems that uses CdS metering. This is powered by the  long gone  PX675 mercury cell but cheap Zinc air 675 hearing aid batteries work well enough . Both have a copal shutter with speeds ranging from 1/30-1/650 sec plus an optional B mode with the lens wide open. The shutter/aperture speed is displayed with needle meter in viewfinder. The 35EE use the flashmatic system for flash setting like many other cameras of the era. 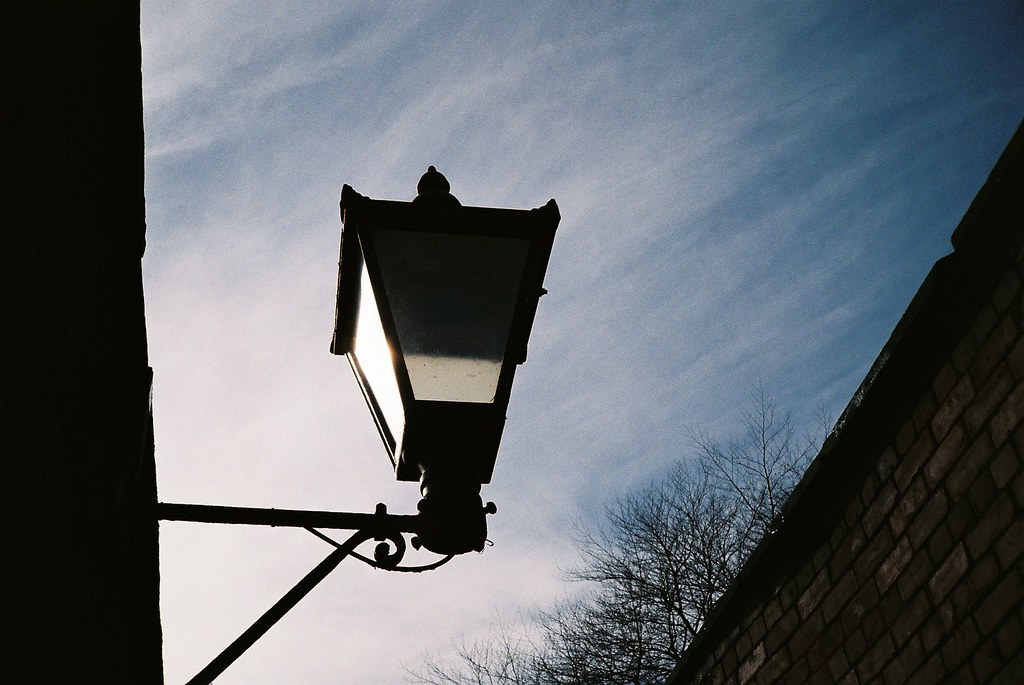 Both have cable point, timer and tripod slot. As well as  the marginally ‘faster’ lens the 35EE also has another spinal tap-esque nod with the ASA film speeds dial going up to 500.   The actual useful upper speed of 400 makes sense as in bright light with a f/16 & 1/650 minimal exposure anything more would struggle. The ASA dial is moved to the rim of the lens barrel creating a double ring which might cause issues with push on lens caps. It doesn’t stop you using 46mm filters and clip on lens caps. Body-wise there were subtle changes overtime and all black design appears later on and is more rugged. The rare but good  scale focus Chinon 35 is based on that later version In terms of issues watch out for the usual one of batteries being left in to corrode and knacker the electrics and you’ll probably need to re -light seal. As ever with vintage cameras I wouldn’t touch the mechanical timer unless serviced. 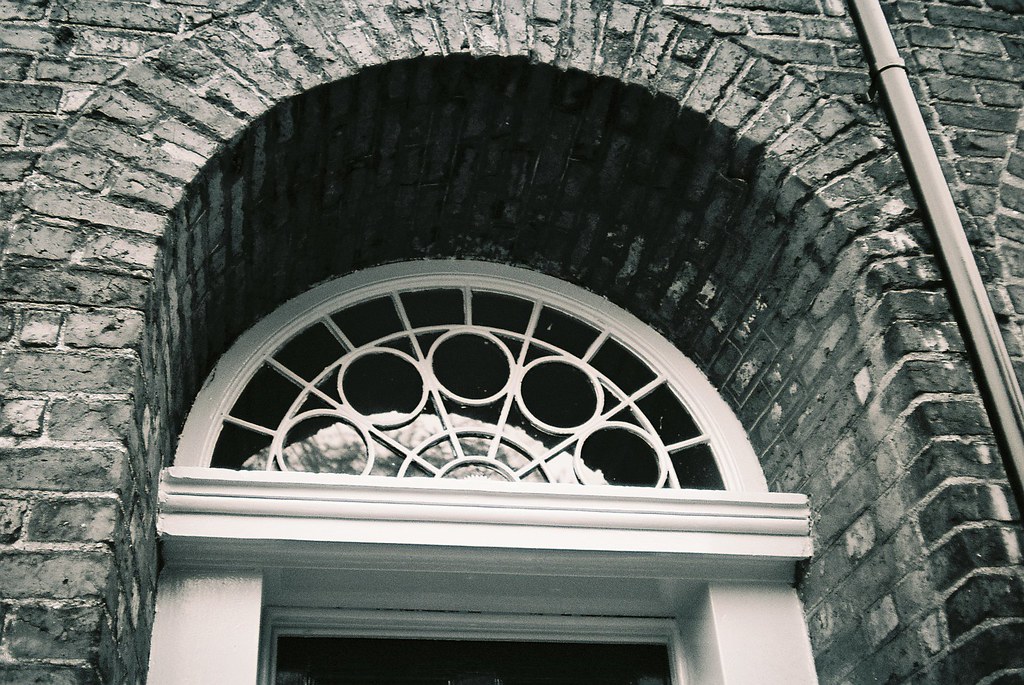 Shooting it works as well as the Konica from the exposure side and the viewfinder square is large and easy to visualise making it quite easy to focus. It is a fully auto exposure rangefinder so all you need do is focus and shoot.  Both this and the Konica are not for you if you want more control of exposure, however at least you can lock exposure by half depressing shutter.  The CdS cell on the lens barrel means the camera adjust for filters. The lens is sharp and good but just not as contrasty as the Konica but seems pretty good in all ranges.

The manual is available for both Chinon 35EE & Prinz 35EE at Mike Butkus’s site. Ironically Konica sound the death knell for this class when the C35 AF arrived in 1977 and autofocus began.

I suspect I could write the same review with related cameras like the Vivitar 35EE but I’m not sure if you can quite get ’em as cheap (honestly mines was 99p plus postage).  I also suspect there is very little difference. If you want more control to your compact rangefinder but don’t have the budget for a Olympus 35RC – I’d recommend the Ricoh 35RF & 500G which offer shutter priority & metered manual shooting in a compact package.

I run a small blog predominantly looking at the cheaper end of the film camera market over at austerityphoto.co.uk. That's when I can find time between working for the Health service and chasing my weans and Dog around. The Olympus XA – Shooting a roll in San Francisco – By Jacint