About two years back I was perusing Leica lens offerings on eBay and came across this gem, a first generation Leica Summilux 35mm f/1.4. It was the black chrome version and appeared in excellent condition with just the right amount of brassing on its made-for-the-M3 optics. The seller was the owner a small used shop in a city in Germany I had never heard of, which I believe he runs together with his wife. The listing was all in German, which I can read just well enough to understand this lens was a great buy. And so I bought it.

The serial number on this Summilux dates it to 1966, and the markings indicate it was made in Canada. All of the Summilux 35mm lenses of the era are Canadian-made, and none were manufactured in Germany.

These Summilux lenses had several versions, black and chrome, with optics for the M3, and without optics for the M2 and later the M4. The most reasonably priced version with optics—if you can consider any Leica product “reasonably priced”—has no thread for a screw-in lens filter. To use a lens filter you have to buy the Leica 12504 hood, in which you enclose a Series VII filter. Leica still sells these hoods new. Another version of the lens has a thread for a 41mm filter. However, for that convenience you can expect to shell out upward of US$20,000 for a piece in good condition! I have the version that takes the hood.

I prefer using Leica 35mm lenses with optics for the M3 for two reasons. First, I can use them on my two Leica M3 bodies, which is my favorite among all the Leica M cameras. The M3 finder has nothing wider than a 50mm frame, so the optics are needed to make the finder usable for a 35mm lens. Second, I prefer the optics even when using Leica M bodies that have a 35mm frame, because wearing glasses, as I do, I cannot view the entire 35mm frame in the finder all at once. The 35mm lenses with optics choose the 50mm frame, which is always viewable for me.

When I bough the Summilux, I already owned a first-generation Leica Summicron f/2 with optics, which is a superb lens even by today’s standards. What makes the Summilux interesting is its f/1.4, aperture and not just for low-light. Shooting the Summilux 35mm at its widest renders a kind of dreamy look to photos. The bokeh is not as creamily perfect as you might get with Leica’s contemporary version. Nor is it as sharp in the corners.  Lights don’t become like even bubbles, but rather have a bit of a bright outline. You also get some vignetting.

But who cares? There is nothing interesting about a photo when your only subject is the bokeh. Good composition trumps good bokeh every time! And personally, I like the esthetics of this lens at f/1.4. I am not the only one. The Summilux 35mm in this configuration reigned supreme as the fast 35mm lens from 1961 until 1994, when Leica introduced the heavier and larger aspherical version. The two version were sold concurrently through about 1999. 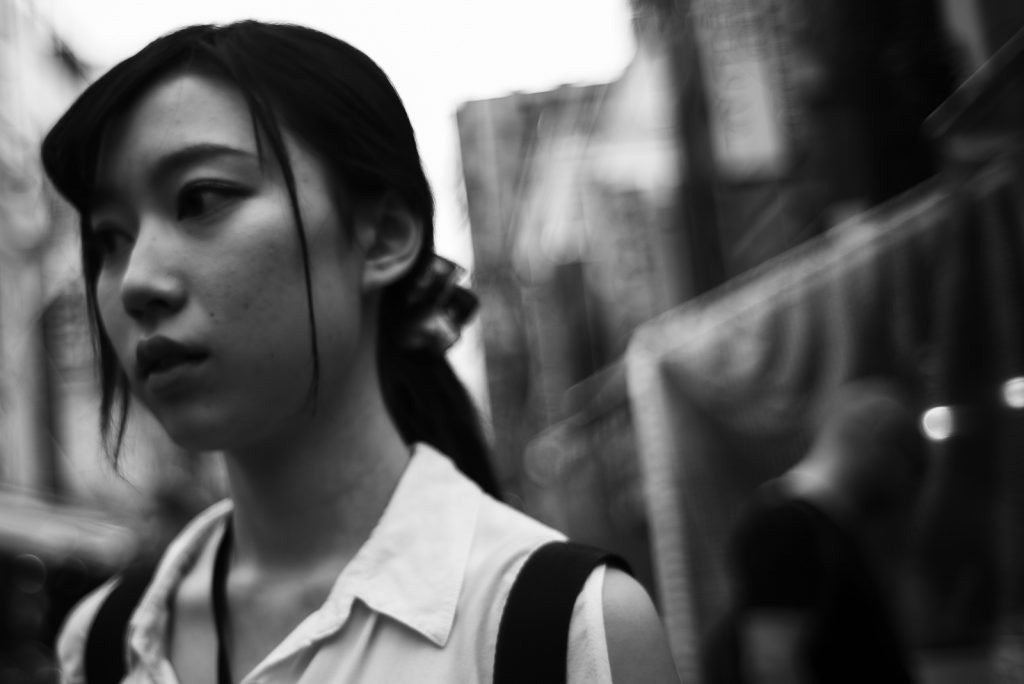 So what kind of photos does the lens take at f/1.4? Judge for yourself. The five frames for this piece were all shot wide open at f/1.4 in Tsukiji’s outer market in Tokyo, Japan. I talked myself into an Olympus OM1 a little while

I talked myself into an Olympus OM1 a little while