Our Discovery of the Worcester Community Land Co-operative

We had a little family outing yesterday. My self, Hannah & Connie went with a mate and his daughter (also 2) to an indoor play centre that’s just opened up nearby. The weather started looking a little better so we decided to take them to a park nearby. Just beyond the park there are some meadows that I have been intrigued by before but never wandered into due to them being somewhat overgrown. Yesterday, after spotting some paths cut through the undergrowth we reckoned we could navigate our way through them to a different road home. 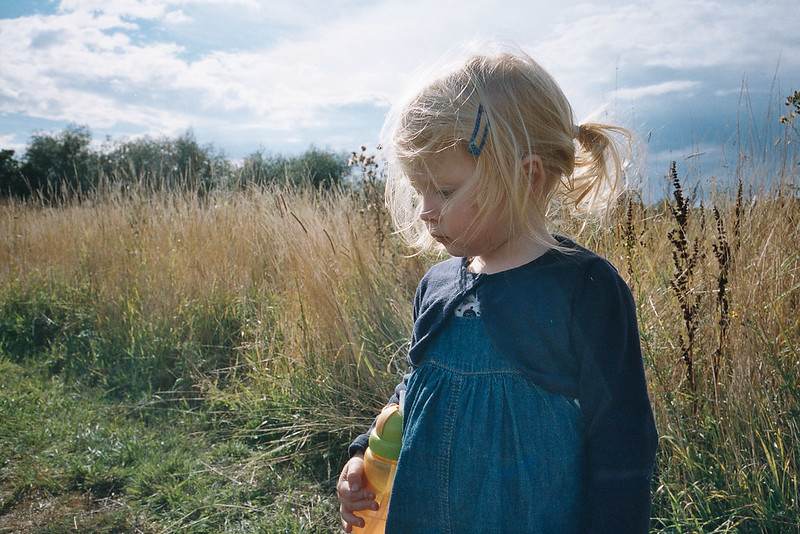 Connie on one of the paths.

We started walking up one of these paths when we saw a chap walking toward us, I asked him directions and he confirmed there was potentially a way through. We carried on walking maybe another 20 meters at most when we were greeted by a chap who turned out to be called Nigel. 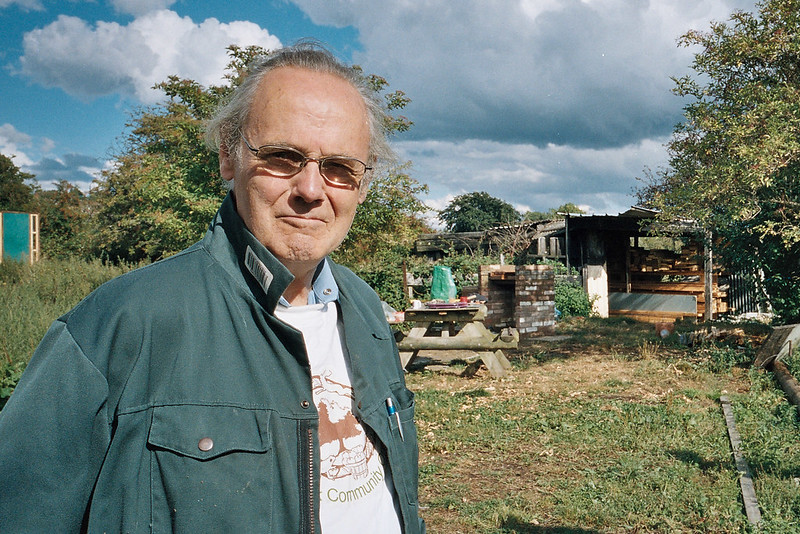 We got chatting to Nigel who was initially encouraging us to pick fruit if we wanted to. We got chatting further with him about what he was doing and it turns out that the land we had walked on to was a being managed by a co-op called the “Worcester Community Land Cooperative”. A “not for profit cooperative set up with the aim of identifying and developing under-utilised in Worcestershire for organic and sustainable food production for the benefit of the local community.” Who are currently working on the project that we walked on to. “Duck Brook Community Orchard” made up of around 10 acres of mainly grassland, they are making it into allotments and a cider orchard, and it seems anything else anyone locally might want to make. 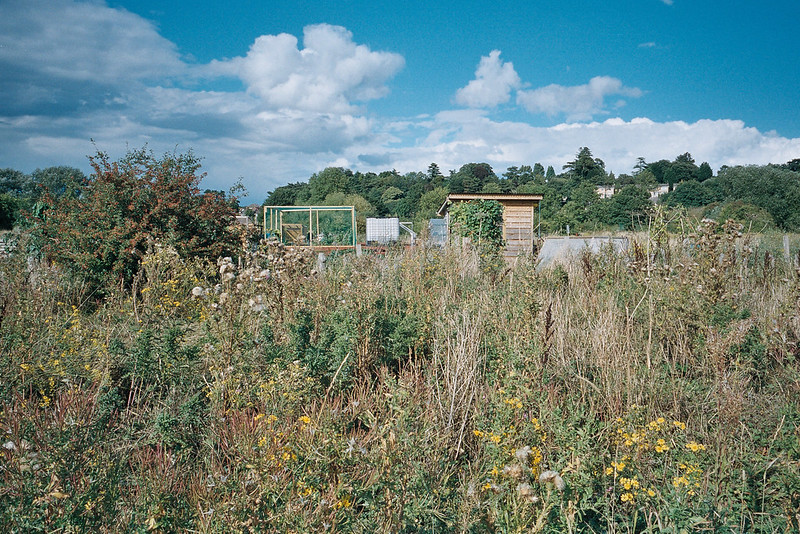 Some of the allotments surrounded by ground yet to be cleared.

As long as it doesn’t involve building a permanent building and is positive and sustainable, they are seemingly open to any project using the land! All very interesting, and it looks like me and Hannah might get ourselves an allotment down there! 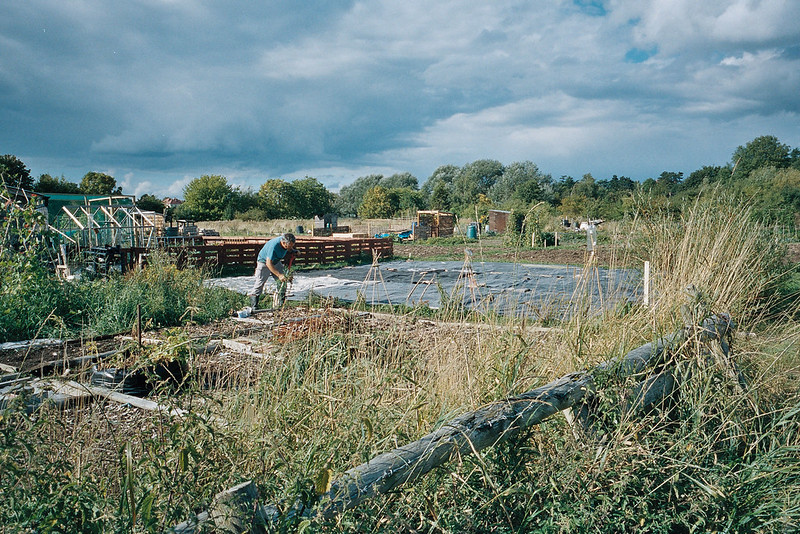 The allotments being worked on.

I also offered my services as a photographer to document the project, there are a lot of interesting things springing up especially as they are not tied in by the rules of normal allotments. They are building a BBQ area, a composting toilet and have plans to build a bridge over a little pond in one corner of the land … And did I mention the cider!? 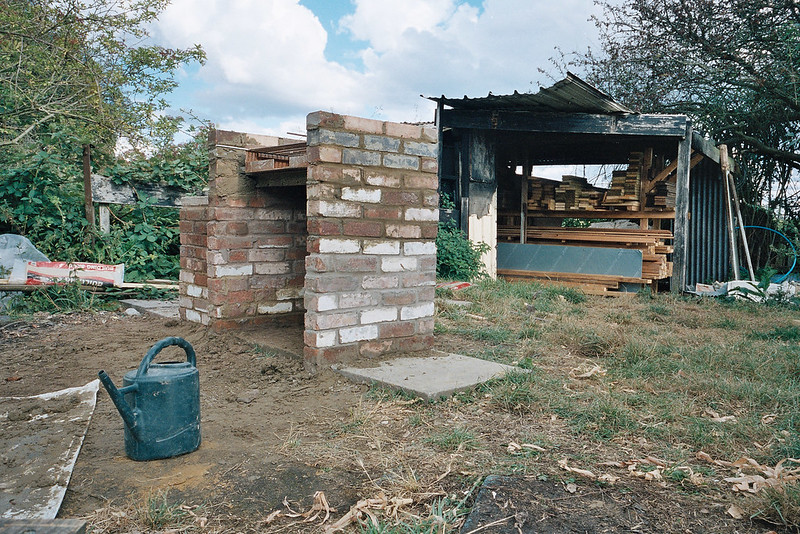 The BBQ they have just built and the shed for storage of tible they are recycling on site.

There seems to be quite a lot of work to do, the land used to be occupied by a donkey sanctuary which was sectioned off with barbed wire. 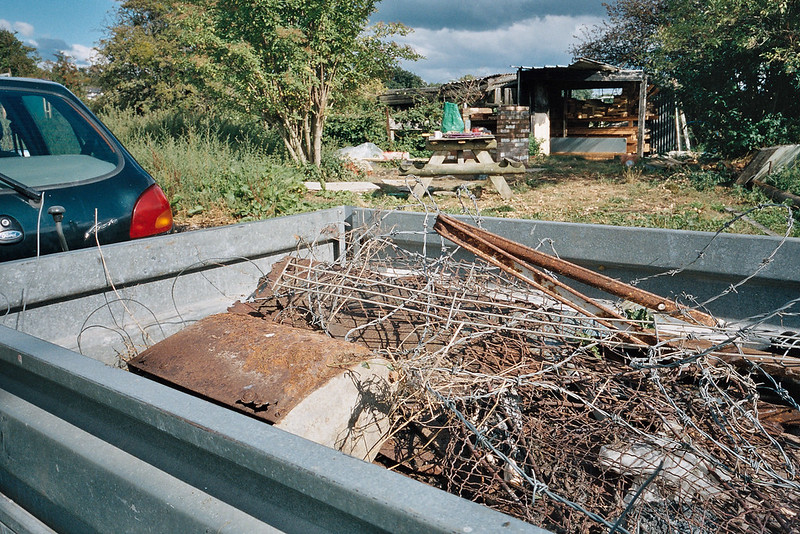 Some of the barbed wire pulled from the undergrowth. 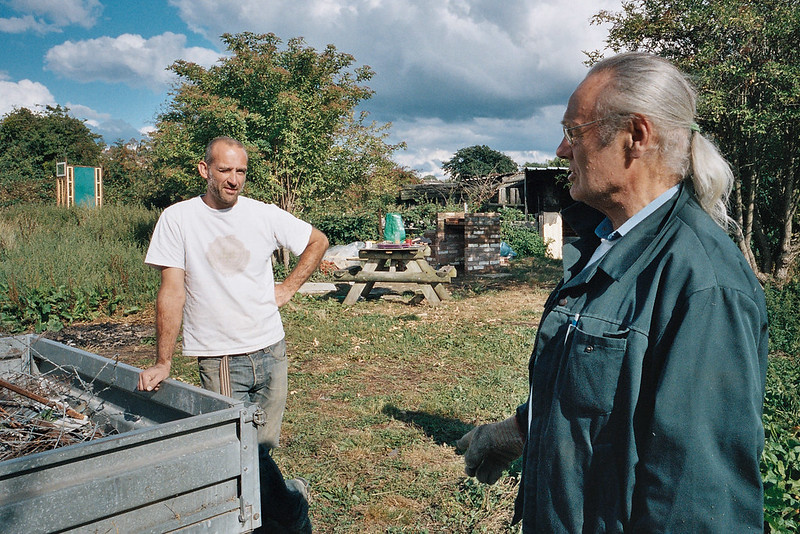 The blokes we met seemed pretty pragmatic about it all though, happy to be there and happy to be making something better for the land and the community. 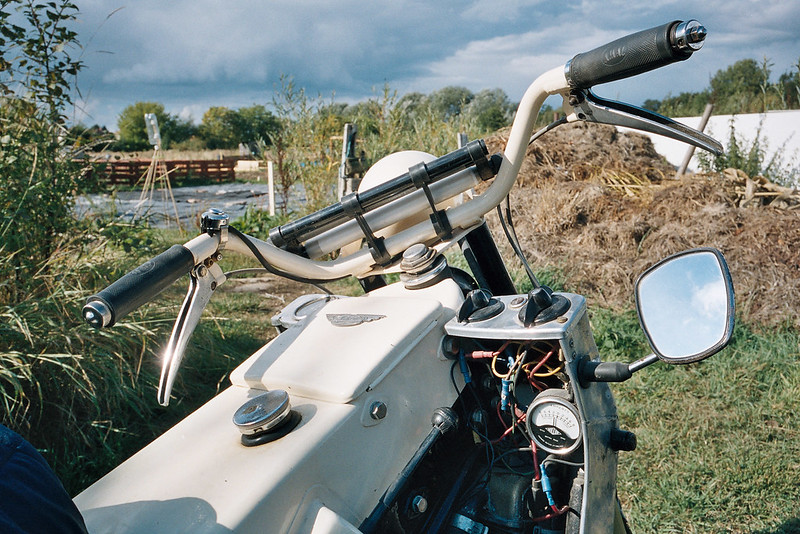 So yeah, I hope to get down there once in a while to take some snaps and maybe get involved in what they are doing. I shall of course update the blog with photos as they come!

If you would like to read more about the Worcester Community Land Co-op you can read about it on their website here! If you are from worcester or the local area I would definitly recommend have a wonder down there and having a look at what they are up to! 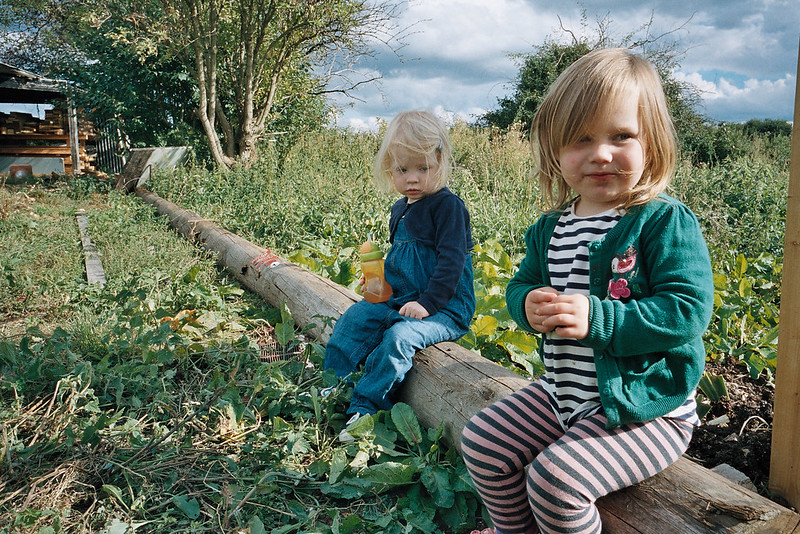 We were all made very welcome, and the littlies loved it!

All the photos in this post were taken with my GR1v and Portra 400. The set of all images from Wclcoop can be found on flickr here. A Spectacularly Failed Mui Wo Photo Trip – By Benoît Felten