There is a camera out of my recent timeline had skipped my mind. It’s not because it’s a bad camera, it’s just not that great either. It has cons where it has pros … The camera in question is the Nikon AF600.

I bought this camera in the hope that it would satisfy my desire for a 28mm compact camera, it didn’t, and I moved on quickly to the Ricoh GR1. I think the issues for me started with it being very slightly faulty. An eBay purchase, I could see in the listing photos that the little door to the lens wasn’t sitting right. It looked as if it wasn’t closed properly. I figured this would be something I could fix, so undeterred I bid and won it for £16. The one-lady-owner lived locally and dropped it into the reception at my office. I didn’t have to pay shipping, but also didn’t get a chance to question her about the door. She had said in no uncertain terms that should I put a battery in it and find fault she would take it back. As these cameras don’t pop up on eBay that often, and that it had only cost £16 and that I’m not a mindlessly petty person… I let her off this small fault. 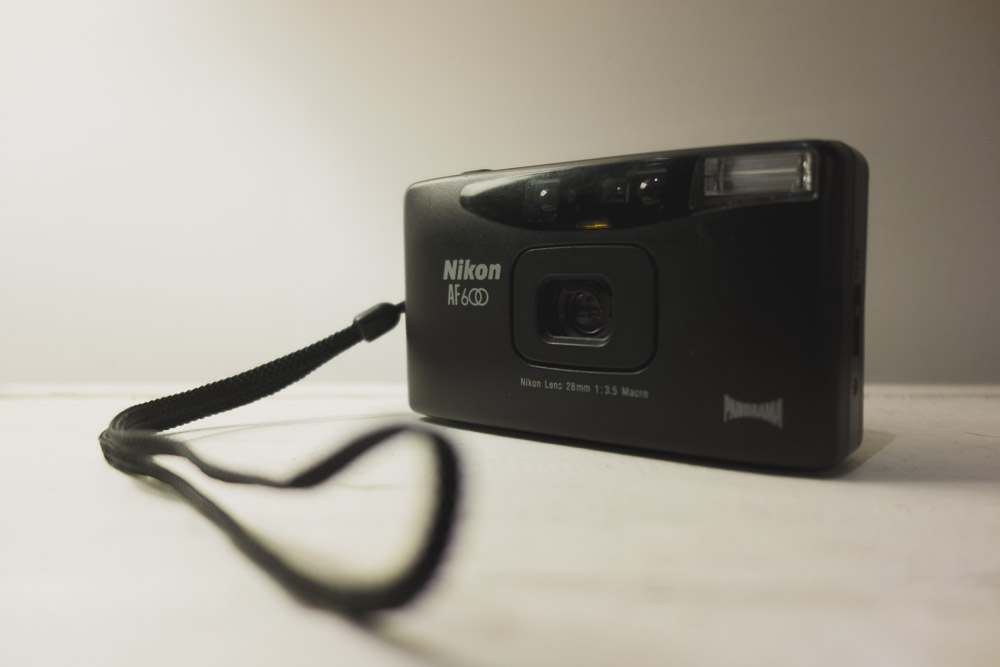 The lens door it turned out, was a right off. It was warped and it didn’t matter how many times I took it apart, straightened it and put it together again it would open and close consistently. So I took it off, just leaving the little lever that moves the leaves of the door in place. I was a little disheartened by this, it’s not that I need things to be in perfect condition to enjoy them, but I do allow silly things to tait my experience of something sometimes … 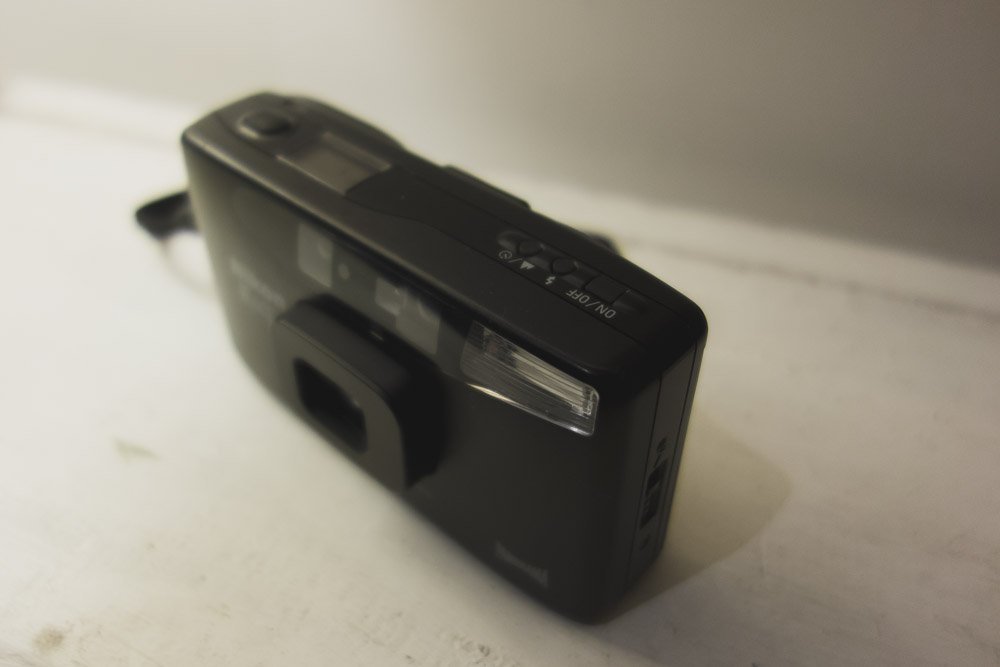 I put the obligatory roll of XP2 into it and the very next day was treated to some particularly dreary weather. The walk to work yielded some quite nice opportunities, I do like the 28mm fov so felt quickly comfortable with the camera in that respect. The viewfinder isn’t perfect though, it’s pretty small, and not easy to find when putting the camera to the eye. Even slightly off centre and the finder quickly blacks out. It does feel fairly responsive in use though, and the lens moves to focus after the full press so focusing and refocusing doesn’t make any noise until the shot is actually taken. It seemed to focus correctly most of the time, if not as perfectly as the Yashica T5 does. Features wise it’s pretty sparse, various fairly standard flash modes – slow sync, red eye, auto, on and off. Infinity focus lock, self timer and a double shot self timer… thats pretty much your lot!
One other feature is the panorama mode, I havent used it, I dont really see the point, I can crop in post if I want to. 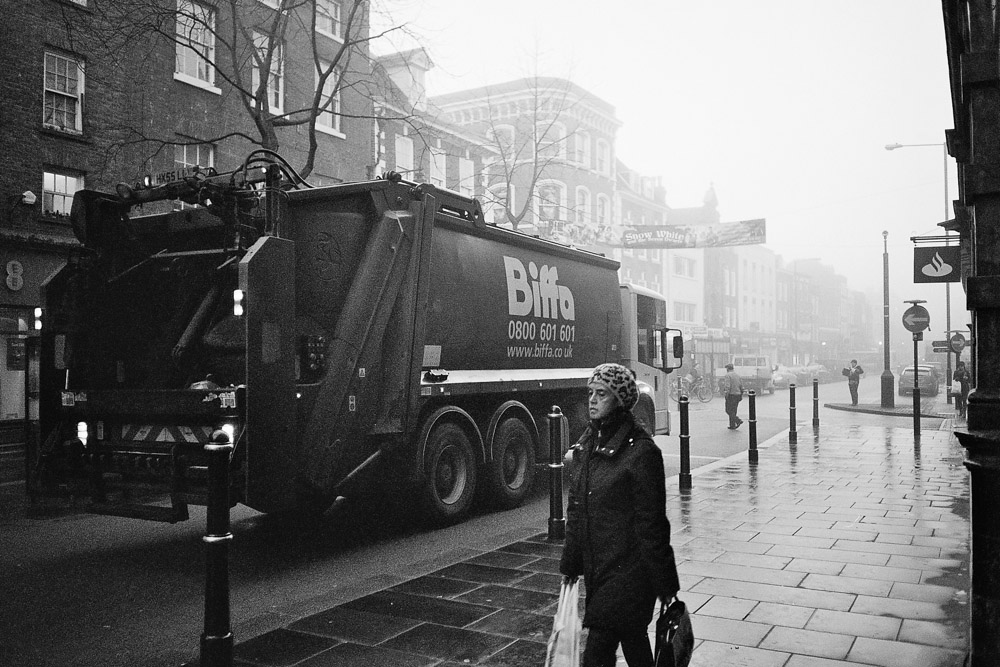 Taken on the way to work the first day I shot with it. 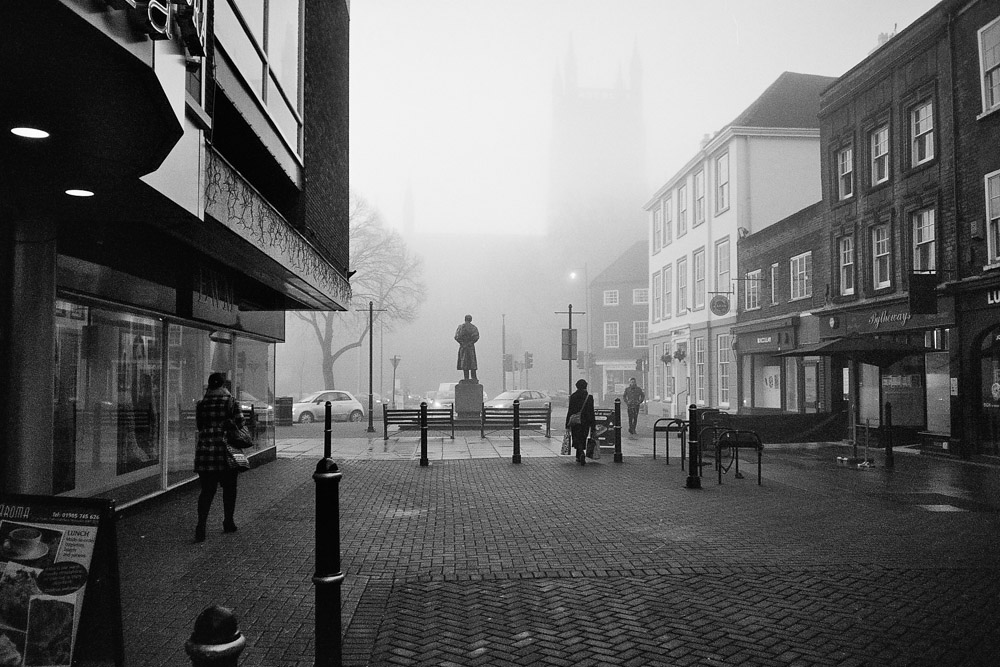 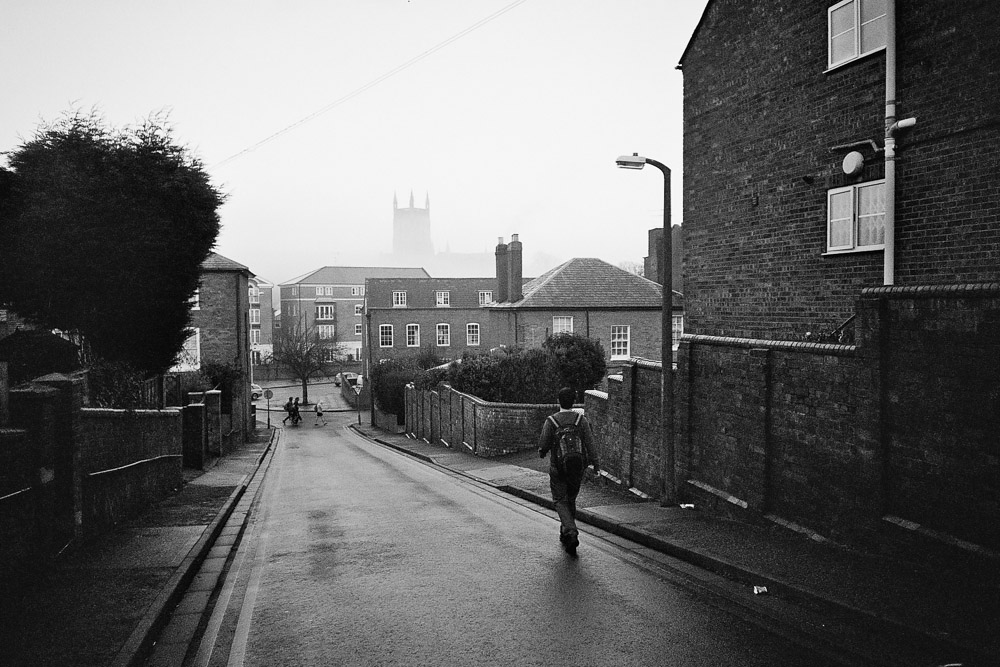 The pictures it takes are pretty good, in fact for what I paid they are remarkable! Nice are sharp right across the frame with a little vignetting. Not quite the ‘pop’ of the Yashica T5 though, some Images seem to have a sort of flatness to them. 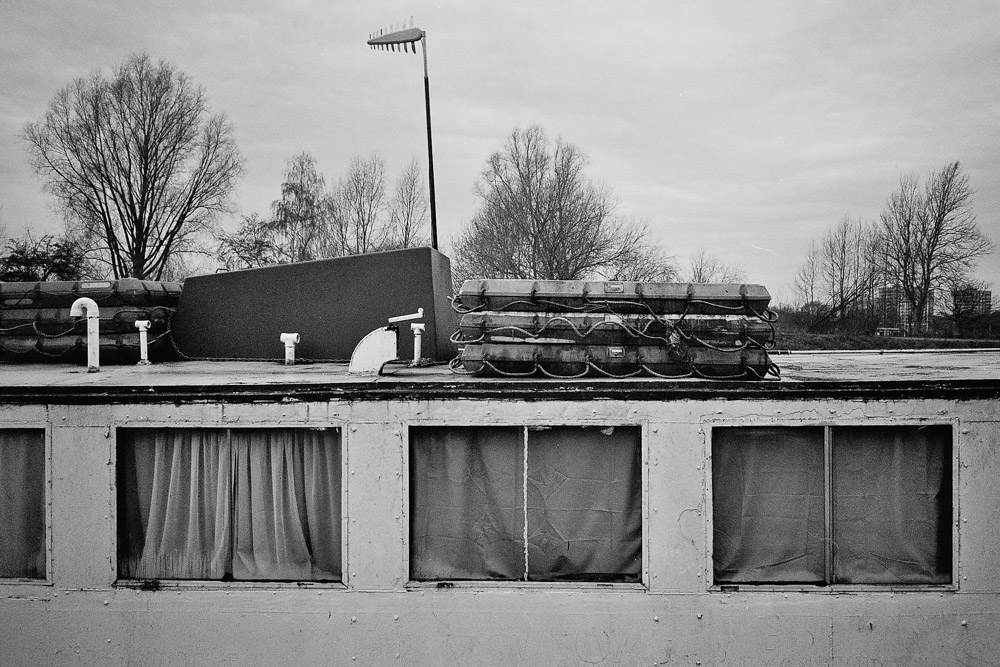 I do like the detail in the paint work in this shot. 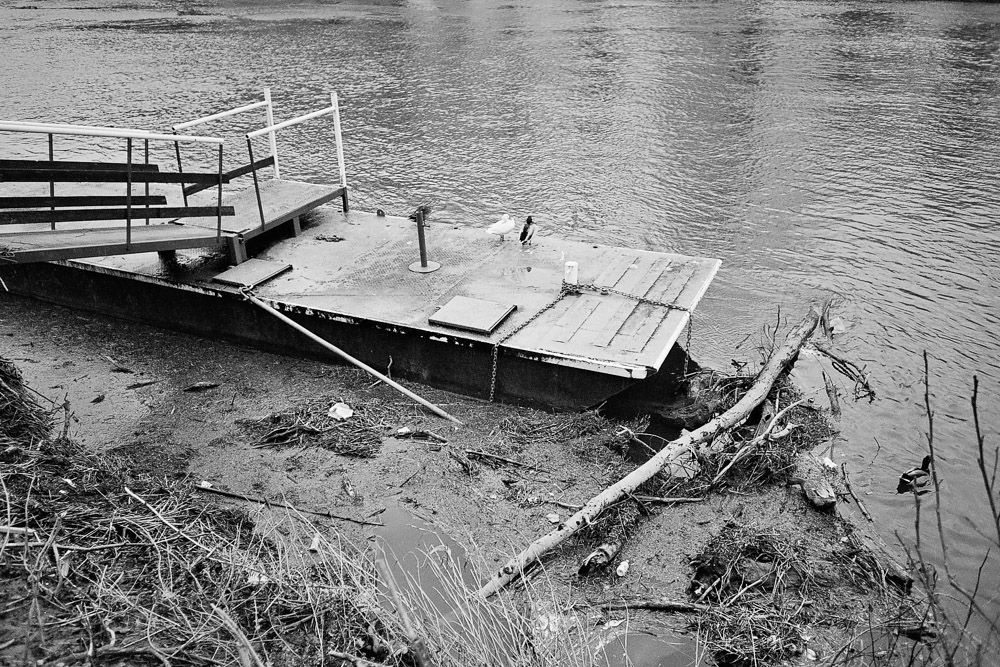 There is something about this image that looks a little grey and flat, you can’t argue with the detail though. 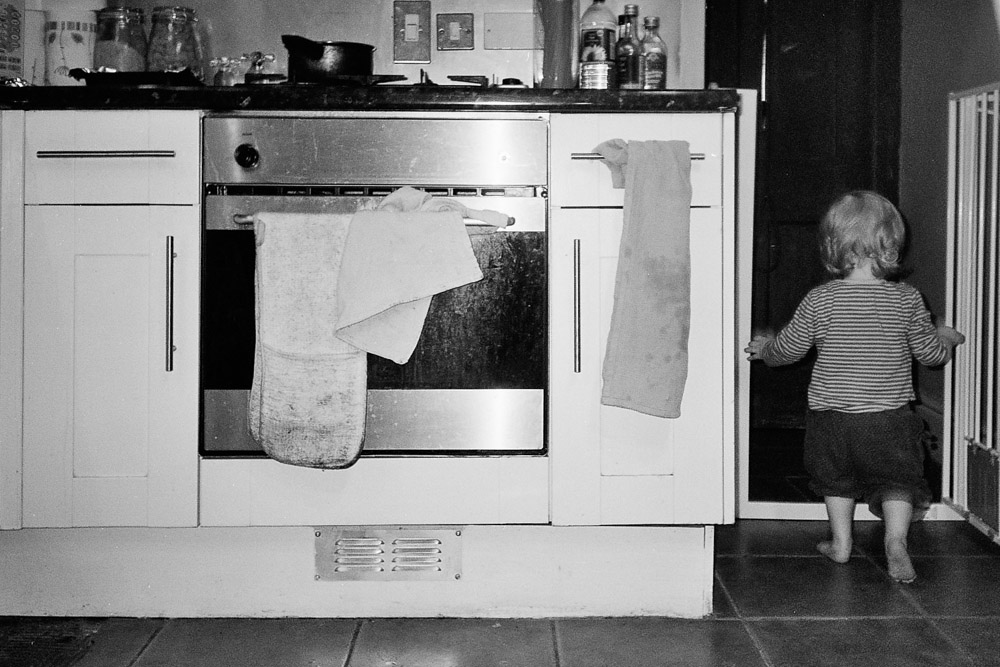 Exposure is pretty good, even with the flash… I really like this photo, don’t know why …

The camera is really quite small, certainly small enough to go into most pockets. But this positive is cancelled out by a just as large negative. It feels a bit cheap, the plastic feels crappy, and it creaks if you squeeze it. I had issues with the lens and my finger too, although not the surprise issue of the lens extending into my finger I get with the Yashica. With this camera it’s thats your middle finger just doesn’t feel like it has a home on the camera.

Overall, a nice 28mm lens in a fairly forgettable cheap feeling camera. It’s almost like the quality of the lens was an accident, Nikon made a cheap camera, made a lens that was fit for purpose and price, but just so happened to be very good. If 28mm is your thing, you have a small budget and don’t mind a patient wait trying to find one, this camera is for you. And to be honest, being reasonable, for £16 it is a gem!
For me, due to it having very little resale value because of the broken lens door I decided to keep it. It actually makes quite a lot of sense as a glove box camera. A lens good enough to feel happy shooting with should a situation where I have nothing else arise. Unfortunately for the Nikon, I carry a camera all the time, even when we just go out in the car, because of this the fuji superior 400 loaded in it will probably go out of date before it gets used up.

You can see some of the rest of the single film I put through the camera here. Should I ever finish another film with this camera they will also be added to that flickr set.

I should also credit this chap, it was these photos that made me want to buy one of these cameras. Petri Color 35 - Through the Viewfinder Cleaning the dust out of a Konica Big Mini Lens