Lensfayre have just announced the release of the a ‘Snap LF35-M’, a new sustainable, customisable and “accessible” 35mm “reusable camera”. I’ve had one to play with for a few weeks, and have chatted to the guys a bit about their goals. The following is a little bit of a review and some thoughts around their approach to releasing this camera.

I have struggled to know what to call these cameras. “Reusable camera” sounds wrong to me, but “disposable camera” doesn’t do justice to the fact that whilst they look and feel very similar to standard disposables, they can be easily reloaded. The closest usable name for them I think is “reloadable disposable camera”, but in a world where it feels increasingly important to not purchase products that are made of plastic and have a finite lifespan, it might to some people feel a little uncomfortable to purchase something that is made of plastic and intended to be disposed of at some point.

Regardless, the volume of these sorts of cameras that have come to market recently definitely points to the fact that they are growing in popularity. These cameras are something people are buying, but how many of these people find themselves conflicted? For an increasingly large volume of people, the questions around film photography and sustainability are growing in importance. My personal view is that a chunk of problem is offset by the fact that we are mostly shooting older cameras compared to the world of digital. Digital might be more sustainable in terms of the image making part of the process, but the cameras themselves have the manufacturing process to take into account when looking at the issue of sustainability. In film photography we are mostly using and repairing vintage cameras which is arguably more sustainable than making new ones.

So of course, if you add camera manufacturing to film photography, then you increase the questions about sustainability. Add to that further with a true disposable camera and I’d imagine there’s a line that’s just not worth crossing for some. This is where these reusable camera come in – whilst they aren’t built for a lifetime of use, they do somewhat answer the issues of the disposable. But, not perfectly, they are still low end and ultimately throwaway items, which will definitely make some people feel uncomfortable. This discomfort would seem to be the motivation for the guys at LensFayre. It certainly highlights a potential hole in the marketplace. What if these disposable reusable cameras were still low cost and therefore eventually disposable, but were so in a way that’s sustainable. Surely this would allow those who have concerns about all this sort of stuff to shoot these cameras with a clearer conscious?

That’s exactly the idea behind the Snap LF35-M. This camera is a disposable reusable camera, but almost everything it is made of is made with sustainability in mind. Whilst some of the internal components aren’t recyclable, the body of camera is made of non-toxic recyclable ABS plastic. The sticker on the camera and the clear plastic bag the camera comes in is biodegradable. And finally, the cardboard packaging is also, of course, recyclable. On top of this, LensFayre are also working with Tree Nation to plant a tree for every camera they manufacture and then every camera they sell to offset the carbon. And, they will also take back cameras that eventually fail and make sure they are dismantled and recycled properly. In return for this they will also give you 10% off your next camera. All this adds up to a product that goes quite a long way to answer some of the sustainability questions. But that’s not the only angle here. Aside from the sustainability angle, the Snap LF35-M is also being targeted at a younger audience looking for a non-threatening and easy to understand pathway into film photography. It’s a commonly shared opinion that one of the barriers to entry into film photography is the lack of new film cameras, and with that, a lack of support. Yes, to those of us who know what we are doing, the idea of picking up a point & shoot off eBay, working out if it works properly, finding a battery, loading it with film, shooting and developing the film is easy. But, I can tell you for free this is not the case for the novice.

I very regularly have people get in touch with me saying they have bought a 35mm point & shoot and they don’t know which film to buy, or what battery, or how to get the photos “off the camera” etc. This information is out there, but with the manufacturers of most of the point & shots you’ll find on eBay no longer manufacturing the cameras, the information is no longer being disseminated in the ways it used to be. There’s also a lot of misleading and half-information on the internet.

What LensFayre are doing is providing a structured set of information with their camera to help newcomers on those first stages into film photography. They have an easy to understand manual as well as a set of videos on their website to help guide and instruct, and since they are selling these cameras now, they are also on hand to answer users’ questions. Finally, the Snap LF35-M is also customisable. My copy was delivered to me with what can best be described as a 1980s throwback wrap. I don’t think I have seen anything quite as 80s since, well, the 80s… or at least since last time I watched a re-showing of Top of The Pops late on Friday night TV! Not long after sending me the camera, they then sent me a series of other stickers that are also incredibly 1980s.

I asked Alecia about this, and it turns out that, like me, she was born in the 80s. This stuff makes both of us feel nostalgic, and that’s a bit part of the design ethos here. That and this sort of thing is seemingly attractive to the youngsters. Regardless fo the era of the style these cameras are based on, they are customisable. I decided to ditch the Top of the Pops vibe and go for what felt to me like something more of a Fear and Loathing in Las Vagas vibe with the pink flamingos on yellow a background. LensFayre also have plans in the future to release more designs, as well as creating community led designs! Shooting the Snap LF35-M was exactly as you would expect it to be. It loads easy enough, and is very simple to use. Like most of these cameras it has a manual thumb wind to advance the film, and a manual rewind. It also has a manually activated flash the only disadvantage of which sometimes fired after turning it off. Though LensFayre tell me this is an issue they are fixing.

Unlike most of these cameras, the Snap LF35-M has a 28mm f/8 plastic lens that’s smudgy into the corners, flares a bit, and generally creates images that look like they were taken with a disposable camera. Exactly the sort of look that a lot of the newcomers into film photography love!

I found myself more than happy with the results I got, and as is always the case, also found myself enjoying the point & shoot process of taking photos. I really should do it more…

The photos were taken with a roll of Kodak Ultramax 400, developed by Silverpan Filmlab and tweaked by me in Lightroom a little. 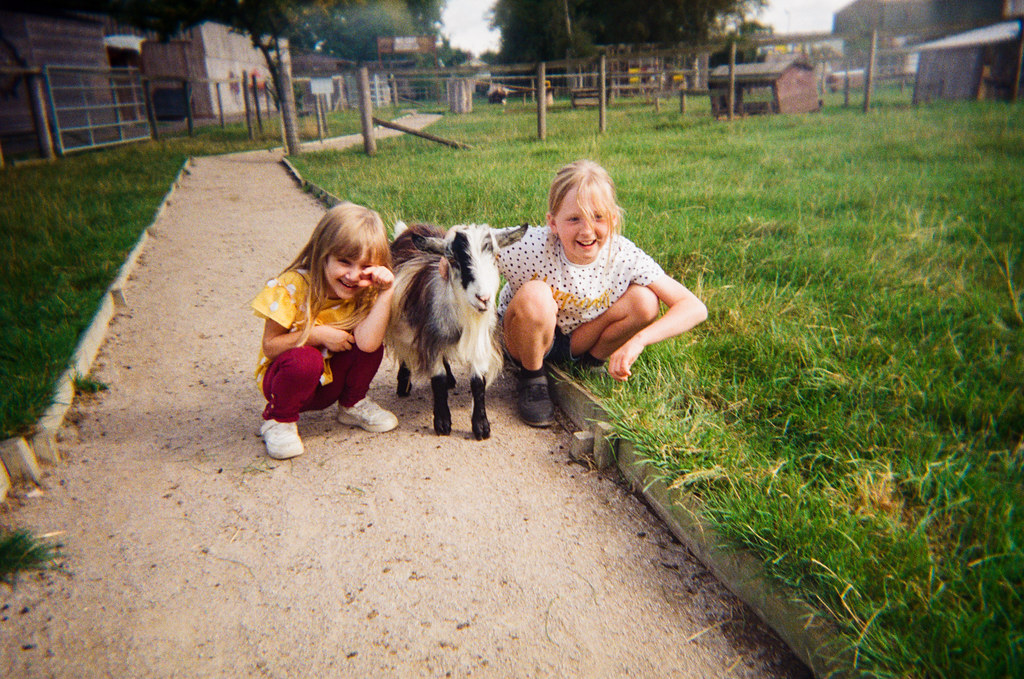 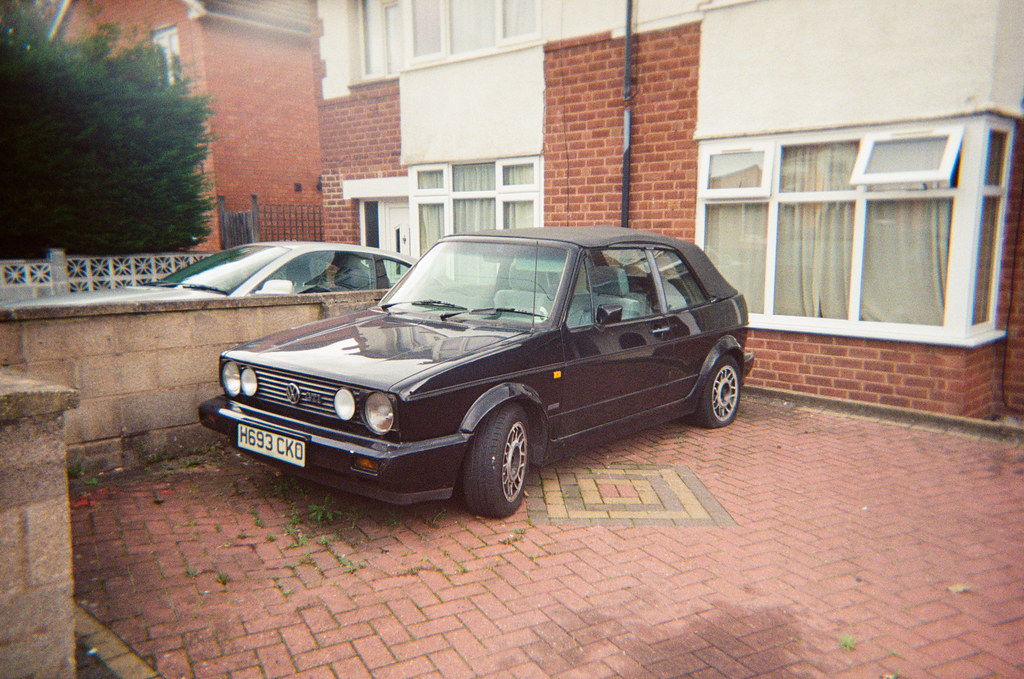 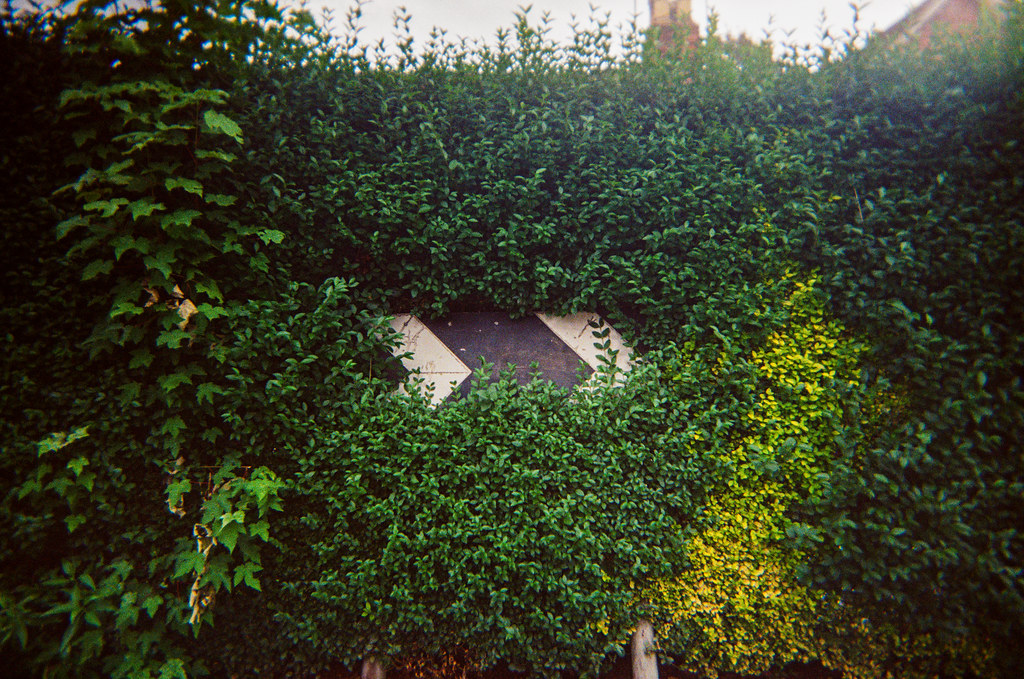 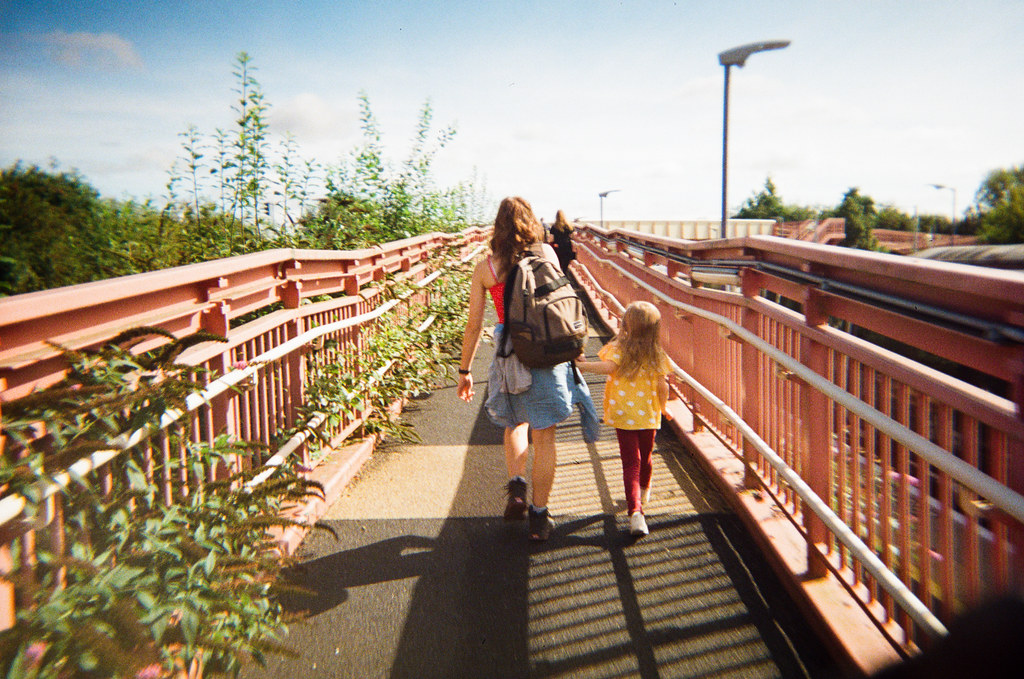 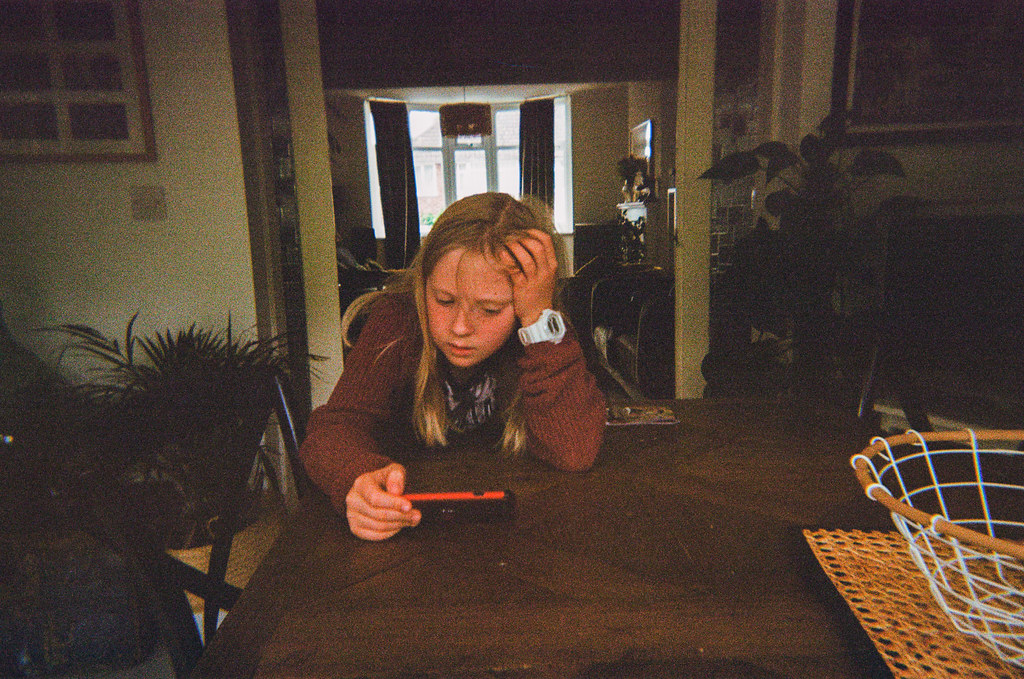 Lower light without the flash 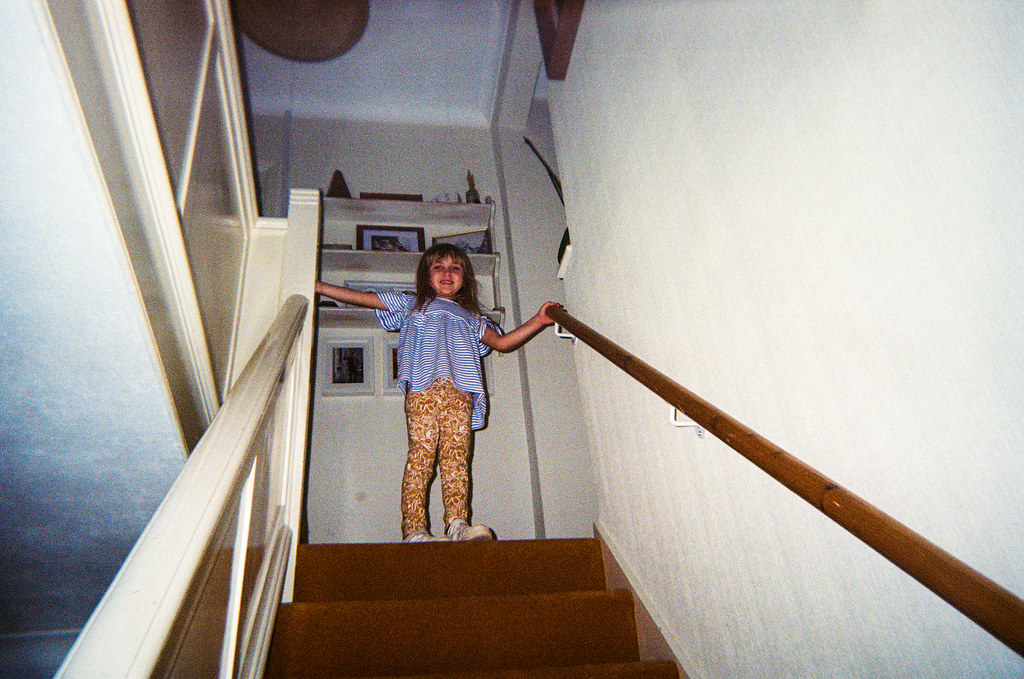 The flash is actually quite powerful!

I am not going to claim to be at the forefront of sustainability when it comes to my thinking. Like many people, I am lazy and don’t do as much as I should. One thing I will say though is that I do appreciate being nudged in the right direction. I like the fact that companies in the film photography industry are thinking about this stuff and making products that go some way to address some of the issues of sustainability within film photography.

Is this a solution to the entire issue? No, but it’s a step in a good direction. Does the Snap LF35-M entirely solve the  problems of the boundaries to entry into film photography for newcomers? Nope, but it makes a solid effort and will definitely work as a gateway drug for a lot of people I’m sure. And do I think I look cool walking around with a camera with pink flamingos on it…? No, I most certainly do not. But my kids like it, and I am 100% certain that there a lot of other folks out there who will to!

Olympus mju-ii Review (pt2) – Great Camera, But Too Expensive For What It Is! Road Trip Without an End - A Photographic Diary - By Zachary Gastin