The biggest issue I have is with the concept of the SLR is the viewfinder. It seems to me that the technology around the SLR viewfinder was flawed from day one, and has now been functionally superseded by electronic viewfinders. Yet despite this, many people still favour the experience – proven of course by the fact that Nikon and Canon’s top flight cameras are still SLRs. I don’t really like the SLR viewfinder, and shooting the Nikon F75 has reminded me of this fact.

The concept of any camera that gives a view through the lens is flawed by the nature of the lens’s aperture. The issue is, as soon as you stop down the aperture, less light is let through. I don’t want to go into too much detail, but the technology that gets around this problem in SLRs is based on innovation that dates back from the 1950s, 60s and 70s – and short of improvements in speed of function, most of which have come at the expense of good haptic experience – the technology hasn’t really advanced since

The basic principle of modern SLRs is based on framing and focusing at the widest aperture. When a smaller aperture is selected, the camera will automatically stop the lens down the moment before the shutter is fired. Built in meters deal with this issue by knowing the set aperture on the and compensating for it when giving a reading.

The impact of this on the user of the SLR is that whilst the view through the lens is largely accurate in terms of framing (at least in SLRs with 100% viewfinders) depth of field isn’t. On SLRs that have them, depth of field preview buttons allow the user to see the impact of the chosen aperture, but of course this comes along with the corresponding darkening of the view through the finder.

Modern mirrorless cameras with electronic viewfinders make a much better argument for a through-the-lens view. For a start, they show the impact of the chosen aperture on/in the screen without the image darkening. Stopping down the aperture lets through less light, but mirrorless cameras up gain on the sensor to compensate. In low light, this does mean that noise can become visible on the screen, but to my mind at least, the compromise is much less significant. Electronic viewfinders are also able to show much more useful information such as how the image will be exposed, live in the viewfinder. In short, the view though a mirrorless camera is pretty much a what-you-see-is-what-you-get experience, whereas the view through an SLR isn’t.

I’m sure there’ll be many regular readers scratching their heads at this point. I’m a point & shoot and rangefinder photographer; my camera viewfinders are so far from providing a wysiwyg experience, how can I possibly be critical of the SLR for this issue? As I talk about in this post from a little while back, I really enjoy not seeing what I’m going to get in the camera.

Rangefinder cameras only give an idea of framing, everything else is achieved through use of your imagination. You have to imagine what the impact of using the lens wide open stopped down will be. You make the decision based on the image you see in your head, not the one through the viewfinder. As I talk about in that post, I find SLR viewfinders distracting from the mental image that I prefer to take advantage of when shooting. The wide open lens view sort of imposes itself onto that part of my imagination, and I don’t really like it. 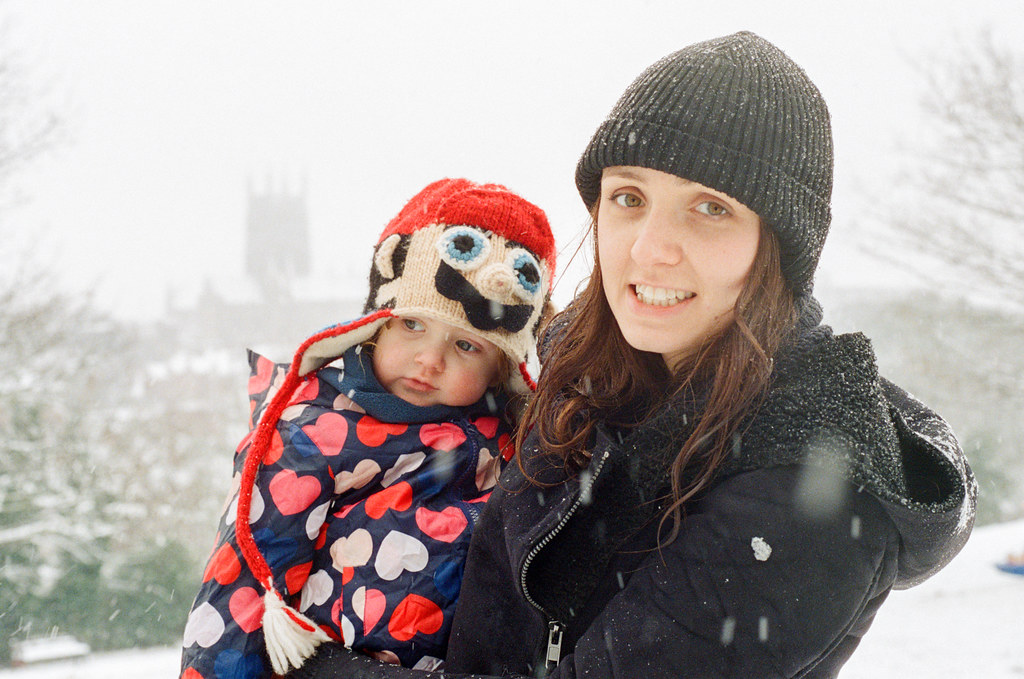 When taking the above photo with my Nikon F75, the wide open aperture of the lens made it difficult to see the cathedral in the background. To make my decision about what aperture I wanted to shoot at I found myself having to mentally override what the viewfinder was telling me. With a rangefinder I would have relied entirely on my minds eye, and if I’d been shooting a mirrorless camera I’d have had the view shown to me exactly as the photo would have turned out. The half way house SLR with its clunky and archaic DOF preview button just did it work for me… Reflections on Experiencing an Attack of Anti-GAS – By Dan Marinelli 5 Frames with a Pentax Spotmatic and Kominar 28mm/3.5 - By Toni Skokovic

The Contrarian with the Contax - By Frank H. Wu