Olympus has always been one of the trend setters for compact cameras from their Olympus 35 rangefinder, the Trip 35, the XAs and right up to µ[mju:] series. But my current favourite is a  simpler fixed focus,  half frame number that is often overlooked. 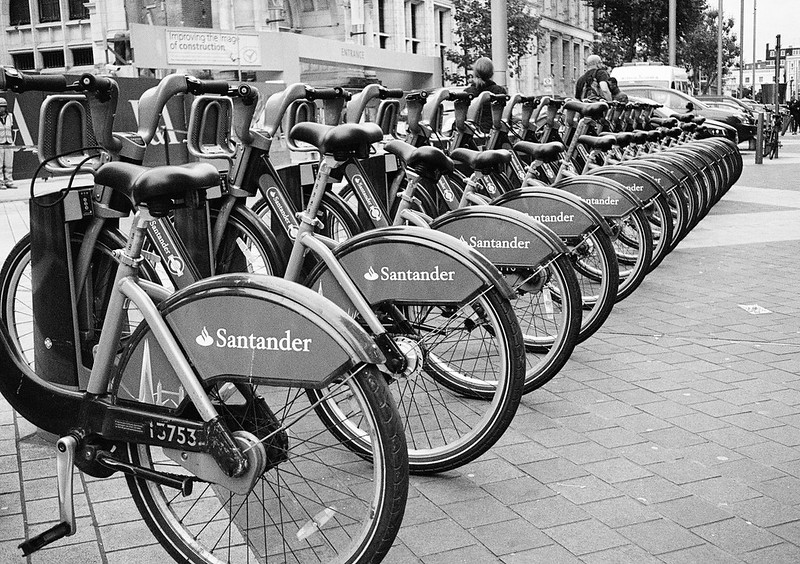 If you’ve followed my blog you’ll know I’ve used a shed load of Olympus compacts (I’ve not even listed my sublime XA or the µ[mju:]zoom I once owned) some great and some not quite so. I suspect like me you’ll end up comparing cameras with Olympus models even if you aren’t a fan of them. So it’s not a surprise that an Olympus has been in my camera bag more often than not in recent months – but it’s not a classic like the Trip or my XA. It is a more mundane spec’d PEN EE-2. 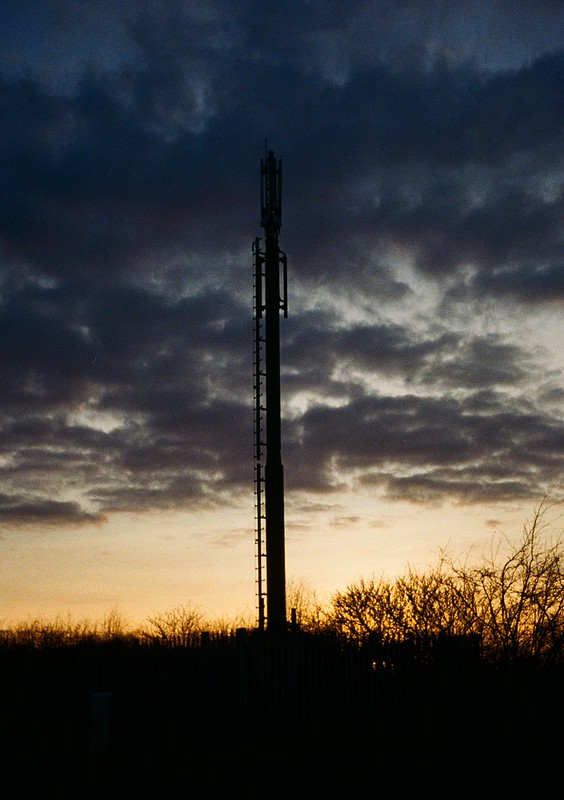 The series included the PEN F SLR camera often hailed as a classic and would go on to influence Olympus’s current digital CSC cameras. However Olympus also aimed for the snap shot market and developed the PEN E series which used automatic selenium cell metering.

The original PEN EE  when launched in 1961 was arguably ground breaking as one of the first true point and shoots with automatic metering. Our updated EE-2 was launched in 1968. Both share the same 28mm 1:3.5 D.Zuiko 4 element lens (equivalent to ~40mm full frame) but the EE-2 adds a hot shoe, better ISO range and an updated exposure system. This was lifted from their zone focus brother the PEN EES, a camera that was used as the basis of the mighty Olympus Trip 35. This means the EE-2 shares the same styling and auto exposure mechanism as the mighty Trip. At first glance the fact that the cameras have just 2 shutter speeds (1/40 and 1/200 secs) seems quite poor compared to many cameras that launched around the same time with a plethora of speeds. But that’s missing the beauty. Olympus recognised with both fixed focus  and to a lesser extent zone focus cameras, the key is keeping the depth of field as big as possible but avoiding being too small to trigger diffraction. So in bright conditions (>13EV 100) the shutter speed stays locked at 1/200 sec with the aperture widening as light level reduce to about f/8. When light levels fall to around 13EV or below the camera switches to 1/40 sec shutter and an aperture of f/11 (minimising diffraction) . The aperture widens in response to falling light levels from 13 EV100  down.

When light falls below the range of the camera a red flag appears in the viewfinder and the shutter is locked. Just like the Trip you can chance a shot by turning the camera off automatic and setting it to the widest aperture of for flash (f/3.5) and you can exposure lock by half depressing the shutter. Also like the Trip you can shot quasi manually at 1/40 by using the flash setting but bear in mind the meter still limits the maximal opening of the aperture so if you set to f/3.5 and try to shoot in bright light, it won’t open that far. And as you’d expect you don’t need batteries to power it. 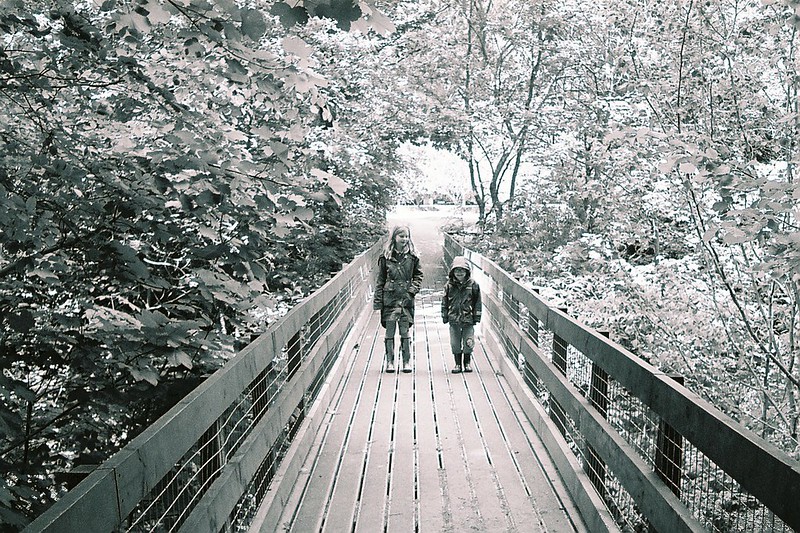 If you’ve shot a Trip, you’ll know the exposure system works well and with the PEN EE-2 it is no different. If anything it is more important in the fixed focus EE-2 as it preserves depth of field with only a modicum of diffraction (except in very bright light). In good light even despite the small frame size you get sharp images at most distances of its 1.5m to infinity range. Detail does get a bit lost at the extremes when blown up but you’ll still get usable small prints. The camera will perform well enough down to about 10 EV then things get increasingly  more noticeable at the extremes. That said shots at 3-5 metres are still sharp. Obviously if that really bugs you, you can always get a EES or EES-2 but that negates the true point and shoot nature of it.

The frame size means the camera takes shots in portrait format naturally rather than landscape but the viewfinder whilst small is good and comes with the usual markings. The camera also is cable and standard tripod threaded and you have both hotshoe and PC sync options for flash (at 1/40 sec). It’s not without issues though. As well as becoming more limited in low light,  it shares the same quirky door latch mechanism as the trip (you wonder how many have been knackered by folk wrenching the rewind knob off) and lack of a bulb setting.  It does take filters but the odd Olympus 43.5mm size. Build quality is good but expect to have to replace the seals and the same issues that affect Trips apply here (sticky aperture blades etc). As usual with a selenium meter camera, I’d go for one that had a lens cap on – that said mines was a fiver punt on a mislabeled auction on eBay and came without cap. 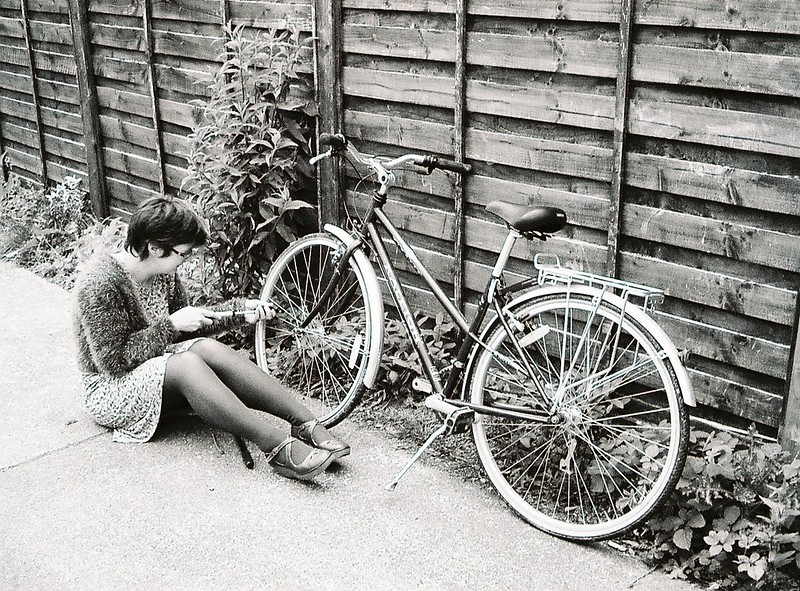 I’ve never had an issue getting lab processing for this and other half-frame cameras I use even in cheap supermarket labs. Image quality despite the smaller frame size is till pretty good thanks to modern film and scanning (it’s not far off APS-C size and about twice the frame size of 110 and as I’ve said you get 72 shots) 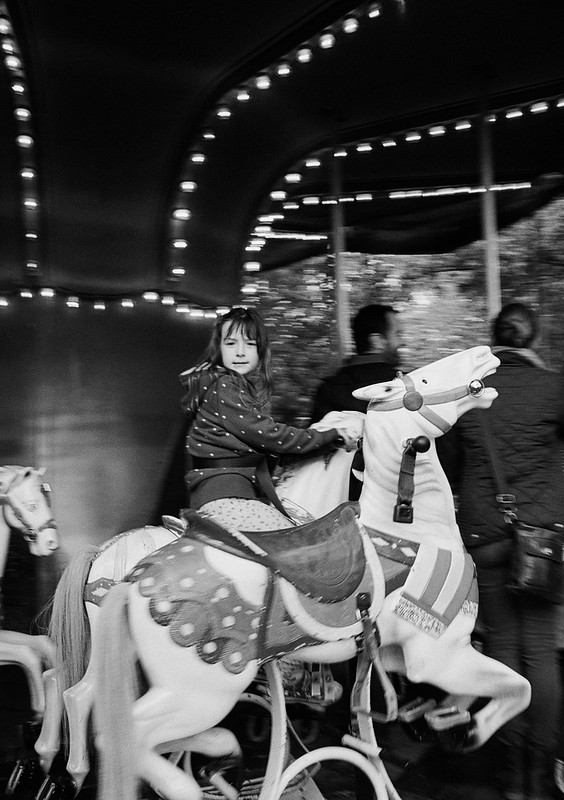 The EE-2 should have been replaced by the EE-3 in 1973 which replaced the aperture settings with a flashmatic setting based on a GN 14 flash, but remained in production up to 1977 – I suspect many folk like me prefered the old system. The EE-3 was produced until ’83. The EF which was broadly the same as the EE-2/3 but with built-in flash was the last launched in 1981. The range also featured ill-fated variants for Agfa rapid cartridges as well as easy load versions of the EE & EES. Two scale focus higher end CdS models were also made (EM and EED)

It is a small, retro, easy  to use  camera which in good conditions produce pretty sharp results and you can get 72 or more shots a roll.  It oozes Olympus’s excellent build quality of this era and has handy features such as a cable point and filter threading. Obviously this ain’t a camera for all circumstances  and it’s shrapness does fade as the light goes down especially at the extremes of the focal range.   Still for a pocket-sized non AF point and shoot camera it is pretty astounding given it’s limitations and an excellent travel camera.

I run a small blog predominantly looking at the cheaper end of the film camera market over at austerityphoto.co.uk. That's when I can find time between working for the Health service and chasing my weans and Dog around. Lomo LC-A+, love it or hate it…. or both? – Guest Review by Frank Lehnen