For far too long, I’ve been looking in the wrong place for my ideal resident for my pants pocket. I’ve gone through a Nikon 28Ti, Contax T2, and more recently a Rollei 35SE and the famed Ricoh GR1. They were either too thick to comfortably fit into my pocket, had unreliable autofocus, or were so noisy that they would turn heads when I was going about my shooting.

Enter the Contax T. Three words: Silent, pocketable, rangefinder. All of the things I want, and almost none of the things I don’t. Almost as if someone decided to upgrade the Olympus XA into its final form. Let me elaborate in the bite-sized sections below.

The Contax T is about the size of a pack of playing cards, although admittedly it is much more densely built. It certainly is thinner than the T2, and about on par with the T3, but taller than the both of them due to the need to fit a rangefinder mechanism into the camera. This leaves it looking somewhat like a square, with equal amounts of space on both sides of the camera for you to grip. All this means that it will go into a trouser pocket without looking like you may have a thing for every person you see walking down the street, although you will feel it pulling your pants down slightly due to its weight. 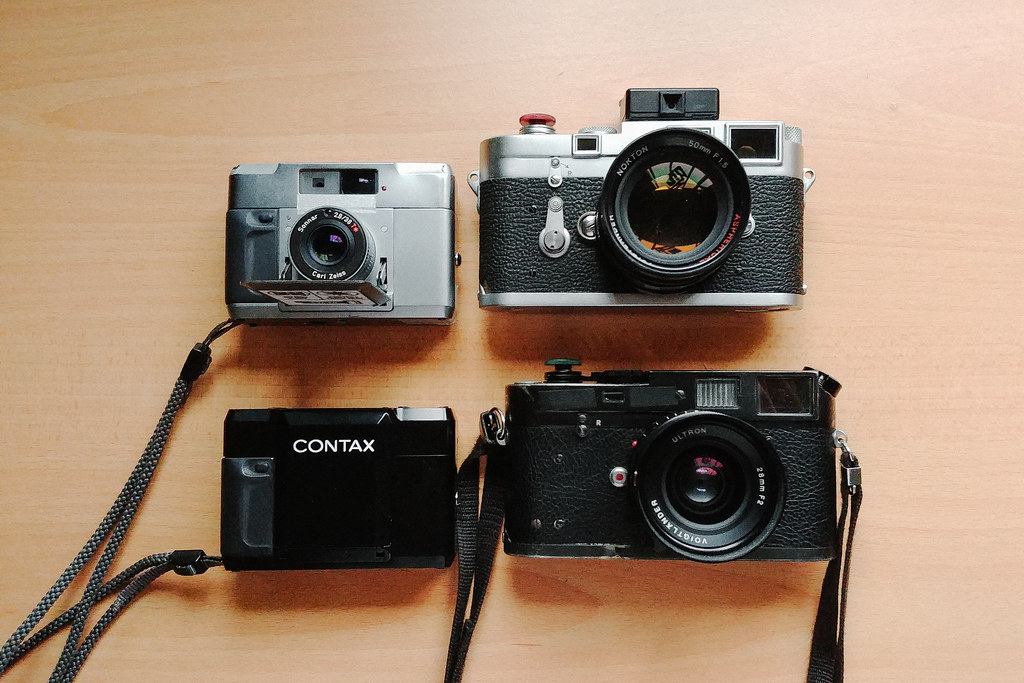 The Contax T has a very nice rubberized grip which doesn’t seem to show any signs of turning sticky in mine. It wraps nicely around the right side of the camera, covering the front and the back with a contour that just fits into the palm. Heck, it even has an integrated thumb-grip/film advance!

The shutter button is, by Contax tradition, yet another synthetic gem. Synthetic ruby, to be precise. It is large and round and mushy, with no definite half-press, so you might have to practice with gauging just how much pressure is enough to get the meter working without firing the shutter before you load a roll into it.

Shooting with the camera on the street is a pleasure, as the shutter is practically silent when you release it, and there is no film wind motor to generate any sort of noise. Sometimes, in a busy environment, you may not even hear the shutter yourself! 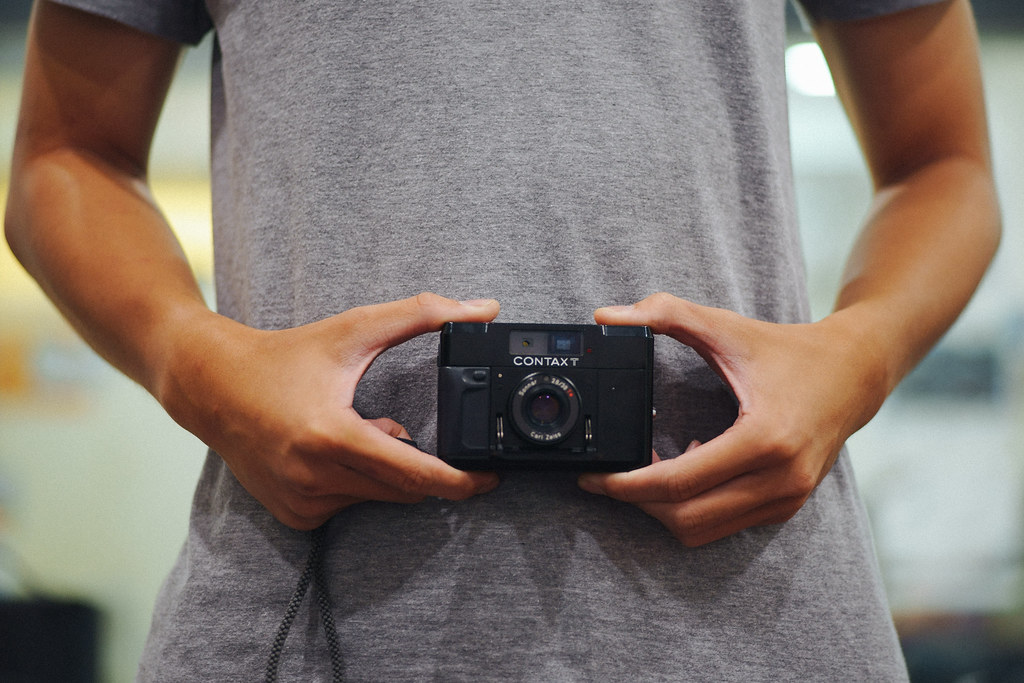 The T has a manual ISO selector on the top of the camera, with a button on the back to release the lock. The film rewind knob also acts as the knob to select the ISO of the film in 1/3 stops, going from 25 all the way up to a maximum of 1000. This is a bit of a pet peeve I have with this camera, as I can’t use my favourite night and indoor film, HP5 at EI 1600, and I do lose 2/3 of a stop when limited to low light.
Contax also decided to omit any exposure compensation dials with the T, save the little button for +1.5 ev for backlit situations.

First off, I would like to say that Contax really nailed it for a compact. Bright frame lines that rarely fade even in strong sunlight, a contrasty diamond shaped rangefinder patch, and a good layout of shutter speed indicators. The shutter speed readout should be familiar to T2 users, as it is the same 3 speeds from 1/30s, 1/125s and 1/500s, with LEDs in between. The electronic shutter is stepless, and will choose the exact shutter speed that is suitable for the metered scene, but keep in mind that when the LED below 1/30s is lit, it can mean anything from 1/30s to 8s. 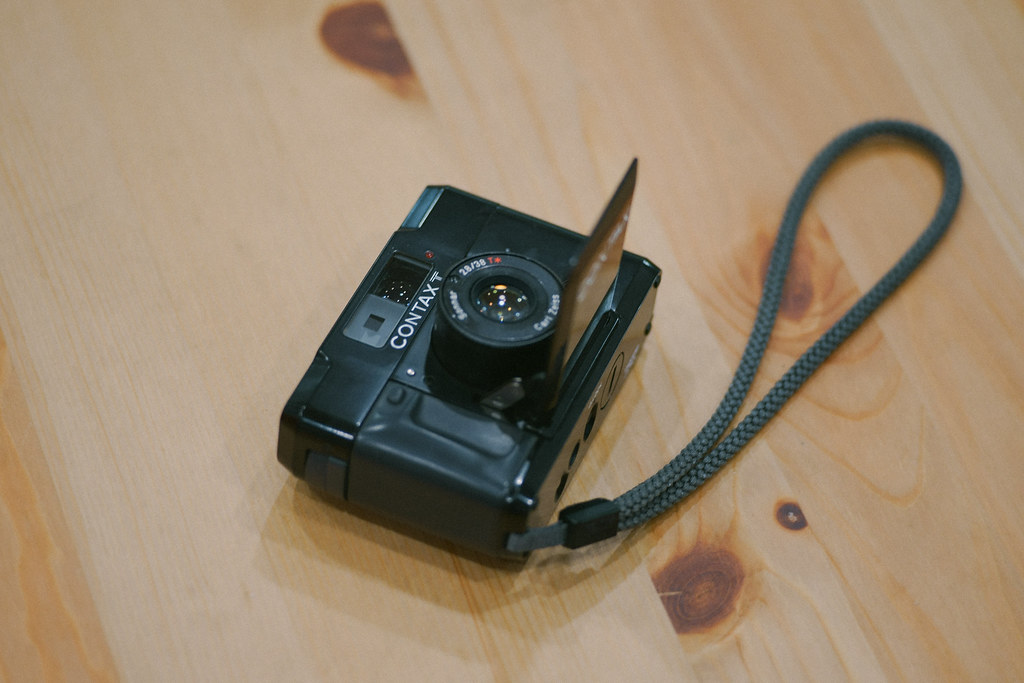 The Contax T has that iconic flap doubling as a lens cap and the mechanism that pulls out the lens for shooting. Unfortunately, it also gets in the way of my fingers when I first tried to turn the focus ring on the lens. The workaround, and apparently the prescribed method for using the focus ring on the lens, is to have your fingers go under and around the flap. After that, it is all per rangefinder focusing… Who needs autofocus?

It’s a classic, 5 element, 4 group Sonnar. Sharpness is of course a quality of this lens. However, it is neither razor-like nor harsh. This quality, combined with a relatively high contrast gives images a certain organic look. Bokeh is suitably creamy up close, but it will not be very evident as the lens is limited to a minimum focusing distance of 1 meter.

You would think that a bottom loading camera would be somewhat of a bother. Oh no, the Contax T just has to make things just that bit more finicky. Those of you who have owned a Rollei 35 should be familiar with the folding film pressure plate. If you don’t pull the film taut over the pressure plate, you are going to get a lot of frame overlap issues. Even if you do things by the book, you are still bound to end up with uneven frame spacing, which may or may not be an issue depending on the scanner you or your lab use.

I’ll cut the idle chatter now, and get down to the real meat of the review – what the little camera can really produce. Once again, all monochrome stuff. Sorry, color lovers! 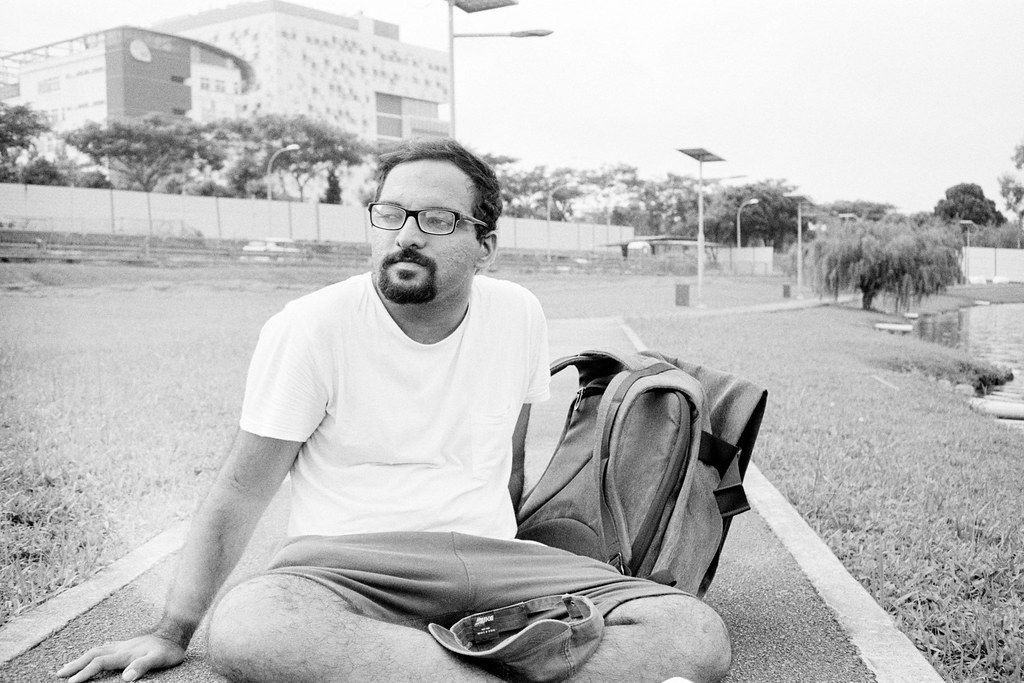 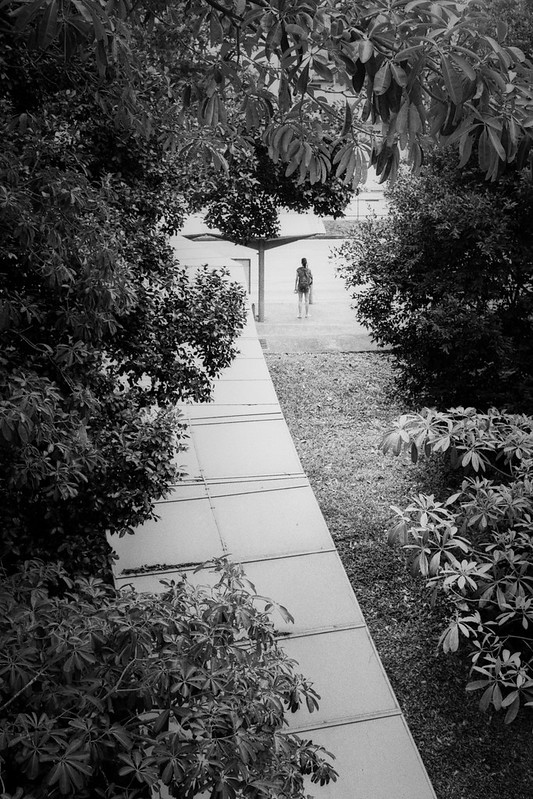 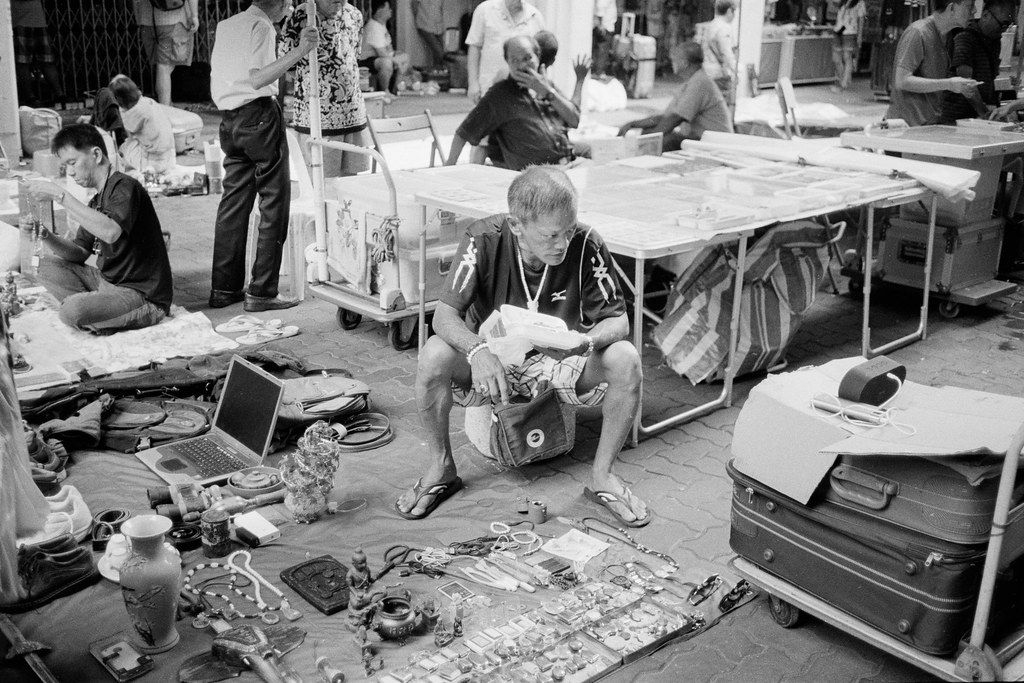 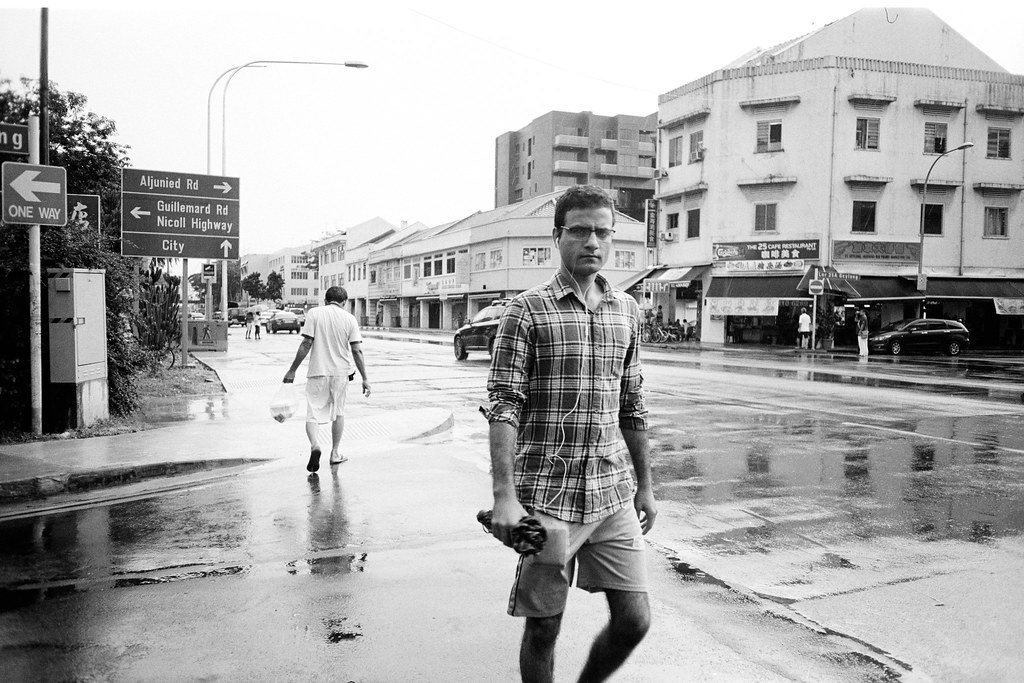 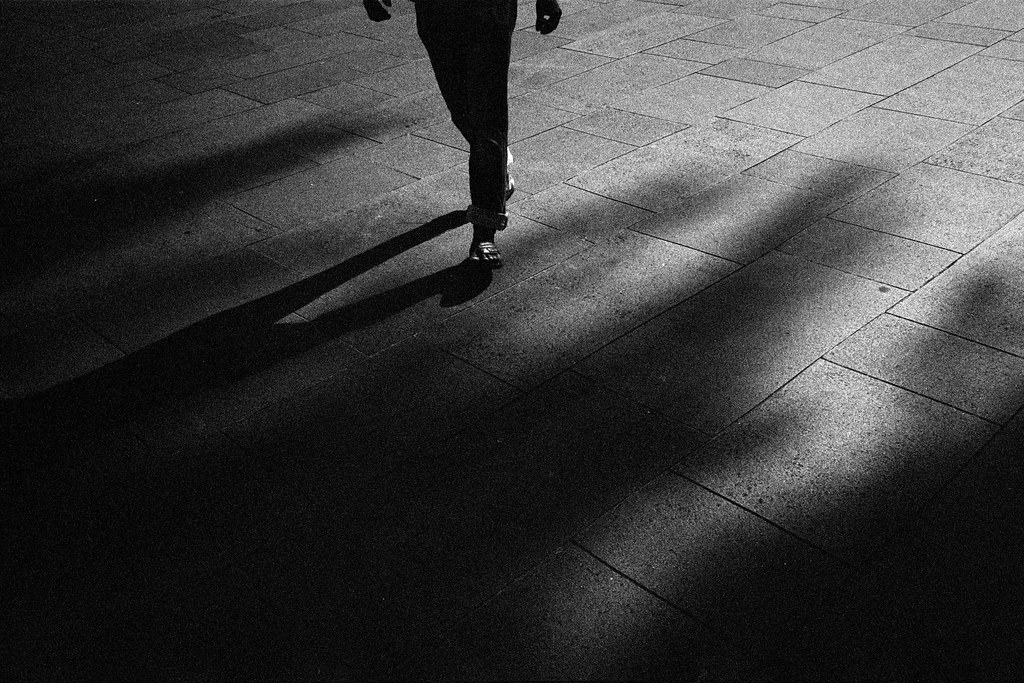 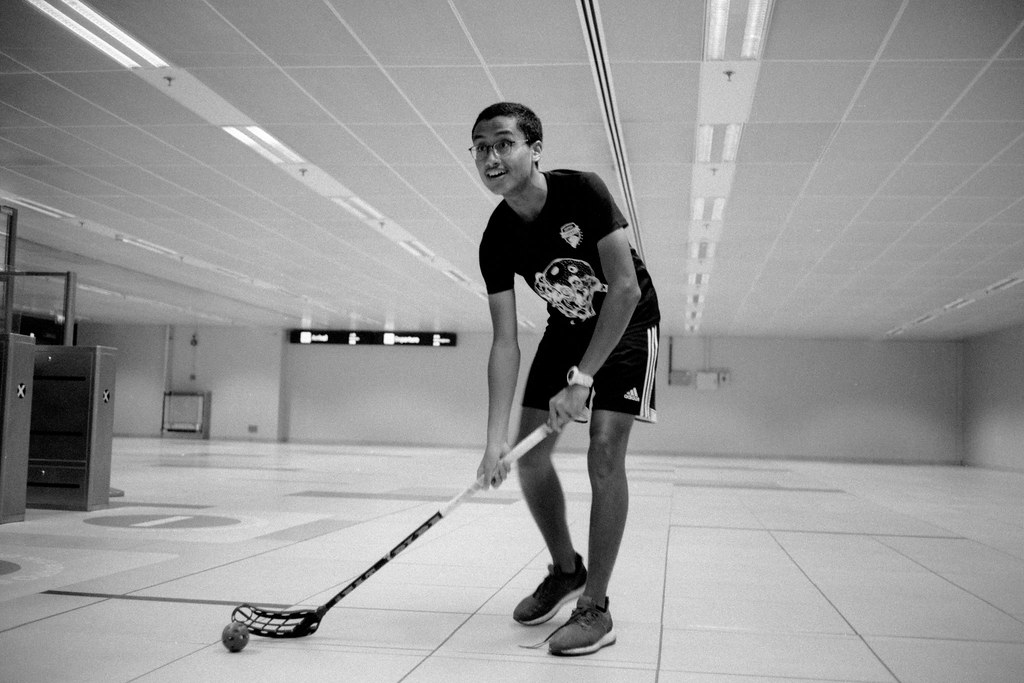 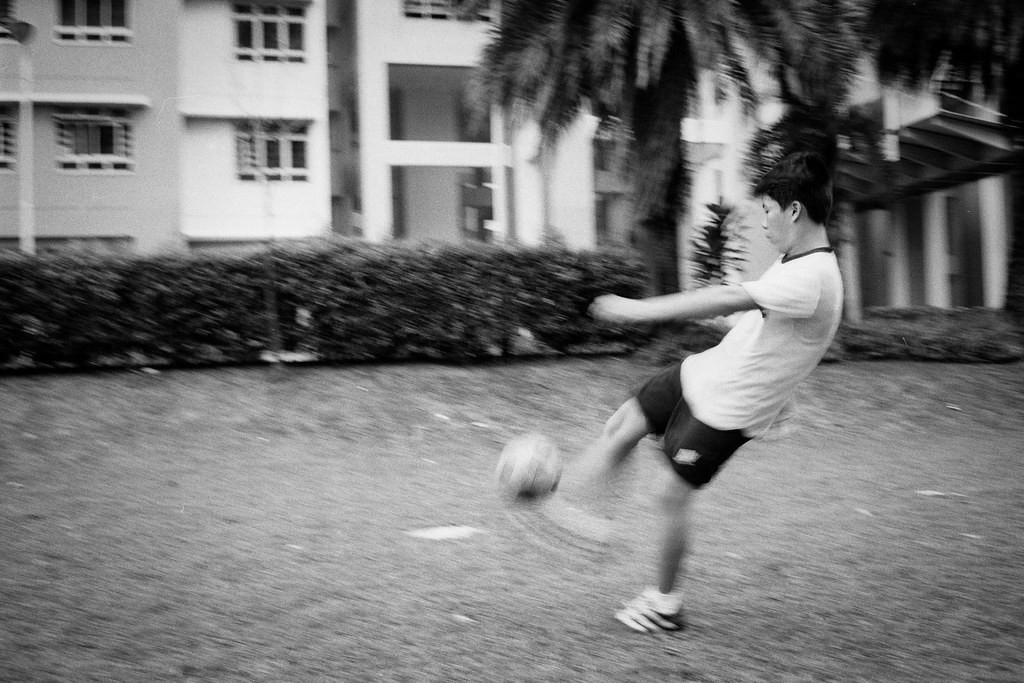 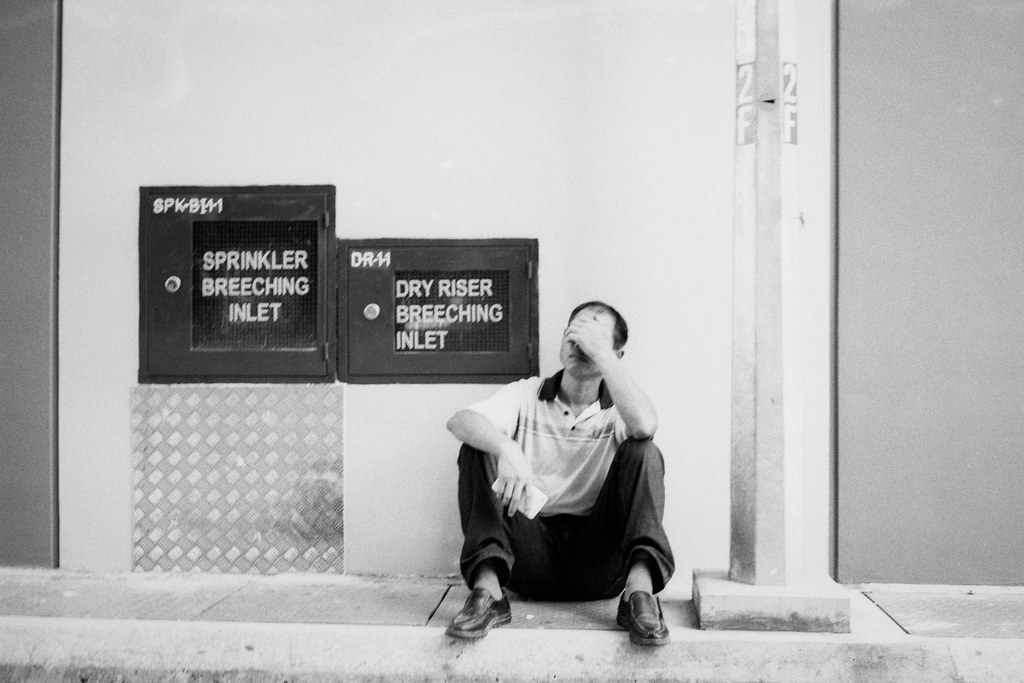 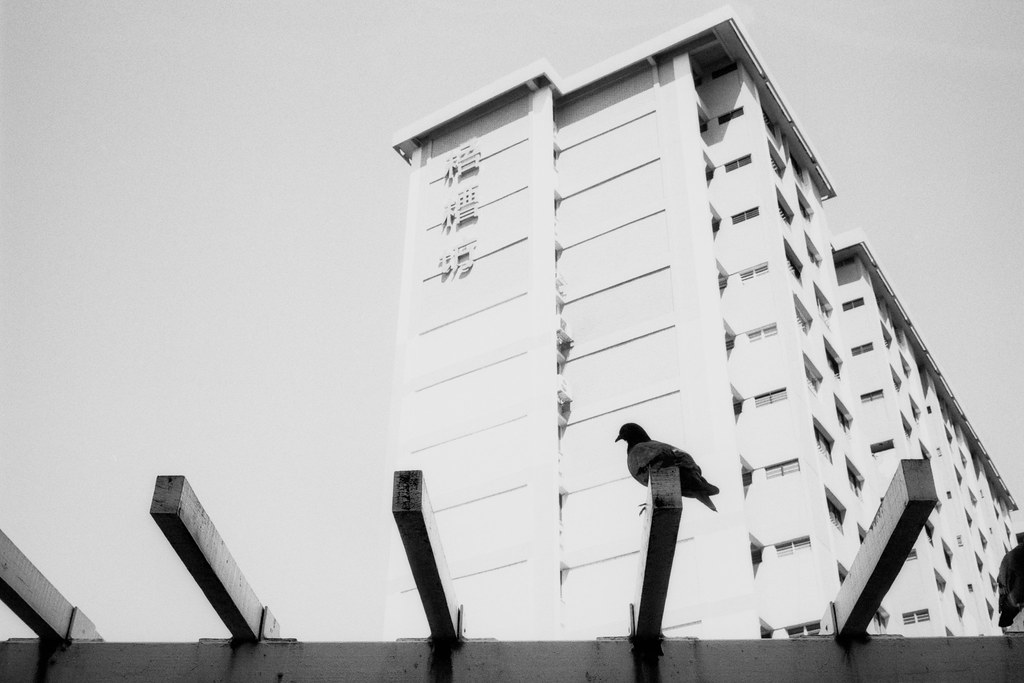 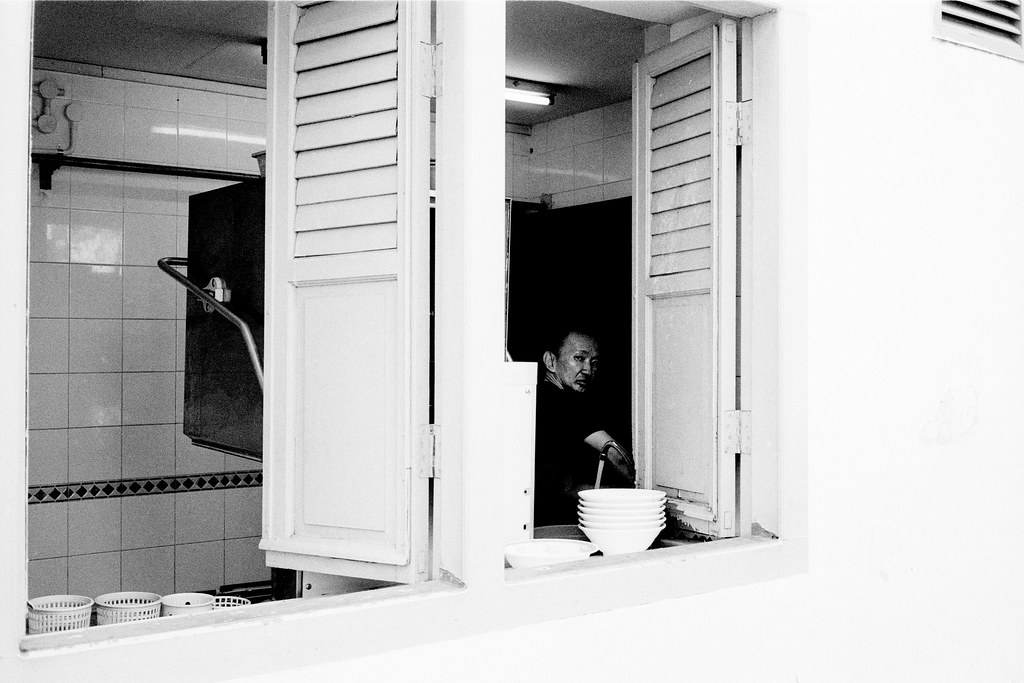 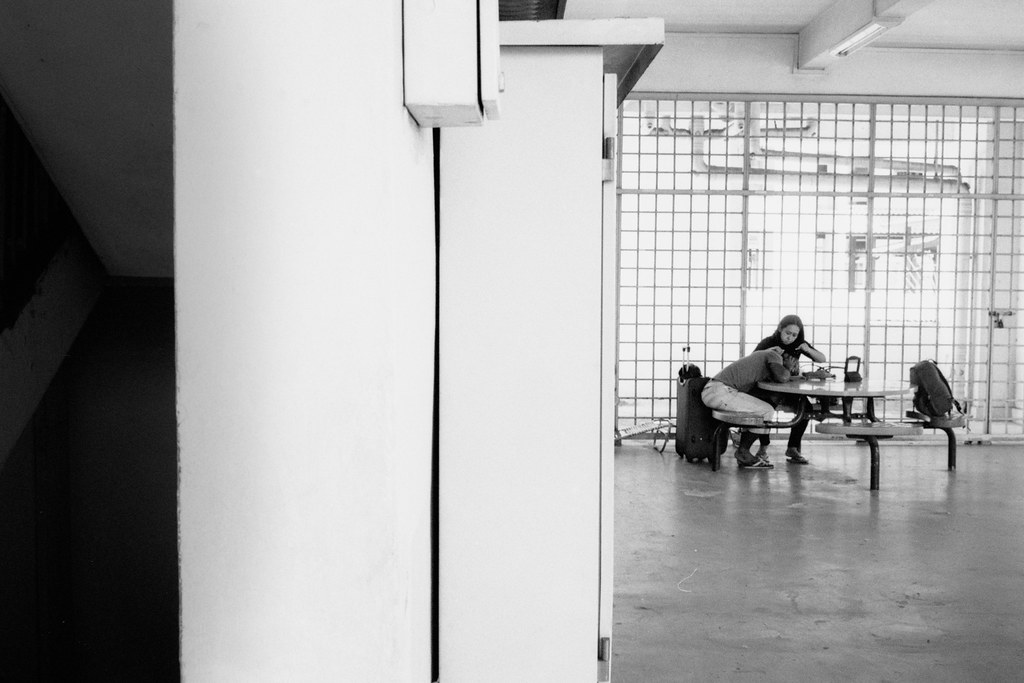 Also owning a T2 alongside the Contax T for a period of time, I chose to let the T2 go, and replaced it with yet another of the original goodness, with the standard excuse of it being a backup.

The decision was rather long-drawn, mostly due to the convenience of autofocus that the T2 offered. The automatic flash is also brilliant, simply turn it on and it just goes with no fuss, giving you a well-exposed picture even in pitch darkness.

Despite this, the Contax T2 is definitely too large to fit in the side pockets of my jeans, and goes in with much difficulty into the pockets of my bermudas. With the Contax T, admittedly due to the lack of an inbuilt flash, there is about a roll of film’s worth of space saved, and this does make a difference when you are actually trying to move about in your pants.

The manual focus on the T2 also tended to be hit-and-miss, with no real way to know if the reading the electronic rangefinder is spitting out is accurate. And then there is the issue with focusing through glass windows (something that affects all IR autofocus systems, I’ll concede), that I do demand of my commute cameras simply due to the large amount of time spent looking out the window of the bus for a shot on the way home.

Looking into the future, there is also less that can go wrong electronically with the Contax T than the T2. The film wind motor and the autofocus motors come to mind, especially since I have come across quite a few T2s (and T3s) suffering from wonky autofocus one way or another. The T is not immune to electronic rot, with cameras occasionally dying from a faulty autoexposure or electronically timed shutter, but it does give a certain peace of mind.

As for the T3? With the current secondhand prices, I could pick up two and a half Contax Ts for a decent T3. It was a no-brainer for me. 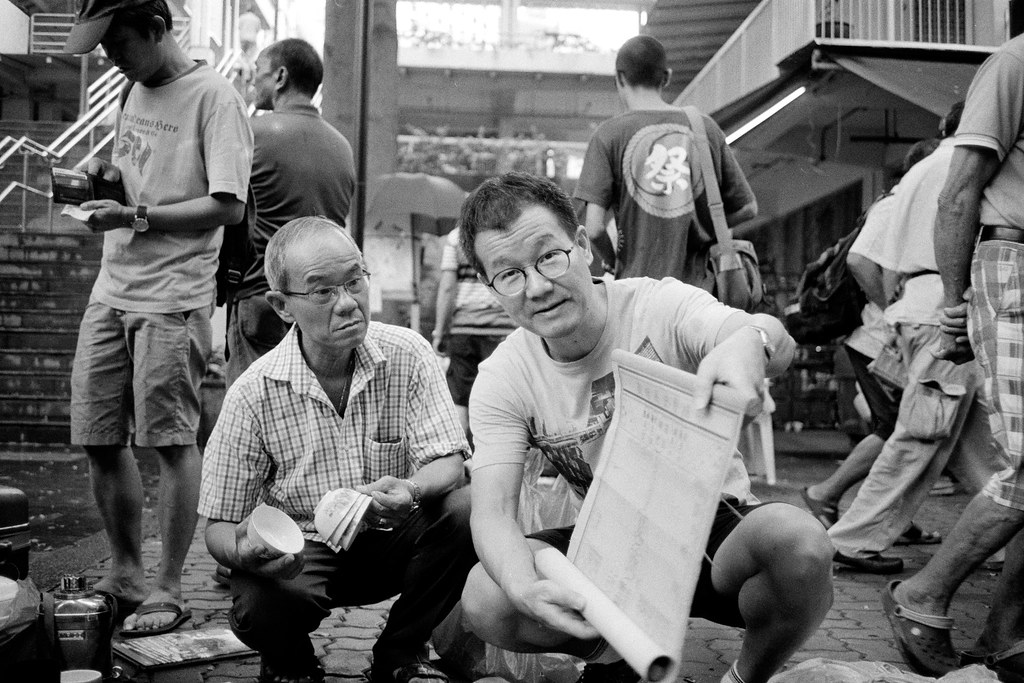