A month or so ago I reviewed the Funleader 18mm f/8 fixed focus Sony mount lens. With some caveats around the need to post process the images to get something I liked out of it, I enjoyed the shooting it. Something I didn’t mention much in that review was the size of the camera and lens combination. It made the full frame Sony feel smaller for sure, but with it being such a tiny lens, I wondered what it could bring to the table mounted on a smaller camera.

Unfortunately, I didn’t have a smaller camera to hand. Actually, that’s not entirely true, we have an A6400 at work, but whilst that camera is smaller than the full frame Sony range, it’s not nearly as small as many of Sony’s earlier NEX range. I also don’t really like it as a camera. It’s a good camera, but it feels overly complex. It gives me the same sense the older full frame cameras gave me – I just never really know what button I’m supposed to press to do what, and nothing feels like it’s in the right place. I’m probably just not familiar enough with it, but that’s the way it feels to me, and I have little or no reason to try and overcome that, as I’m not even the one who uses it at work.

As such, I figured why not look at something a little older from Sony’s range of mirrorless cameras. When Sony first released the earlier NEX range of cameras, they felt tiny for what they were and were a lot less featured with it. They provided APS-C sized sensors in camera bodies that weren’t much bigger and had sparsely more features than that of a high spec fixed lens compact camera of the day. 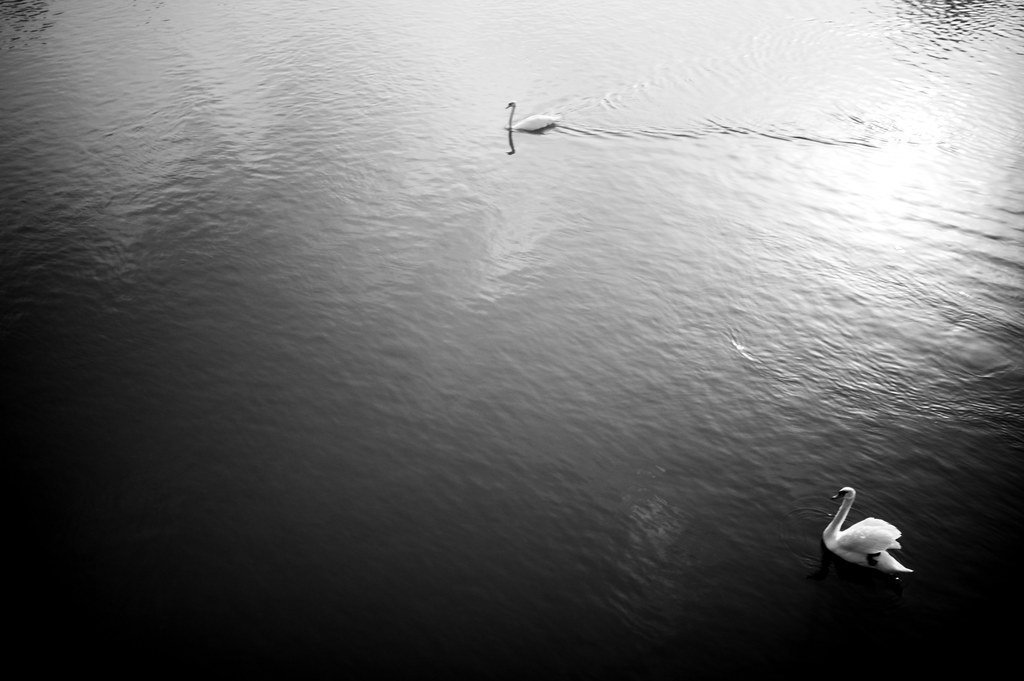 I myself had an earlier NEX-5 back then and used it then for mounting random lenses to. The results were mixed, not least because I wasn’t very consistent with my approach to post process. The camera also added to the mixed results issue with sometimes funny colour shifts toward the edges of the frame with some lenses. The overall colour science of older Sonys is a bit weird too.

All of this added to a discomfort I had with it and digital photography as a whole as part of my hobby back then. I used to get entirely lost in overly processing my images, I lacked style and direction so my images were inconsistent. This one one of the joys of switching to film in a much more significant way when I started this blog. I felt it limited me more, and I found enormous comfort in that.

For one reason or another, I’ve found myself reflecting on this period of my photography a few times recently (sorry if you feel like you’ve got a dose of dejavu reading this). One way or another, I’ve had this realisation of the fact that I’ve come on a fair way with my style and approach to photography since then. I can now pick up a lens or camera, see its possible shortcomings – or “character traits” as I might call them – and work out how to harness them to an effect I am happy with and shoot. The Funleader 18mm is the perfect example of this. I didn’t like the straight out of camera results, but could see how I could harness them and shoot in a way that would make me happy. 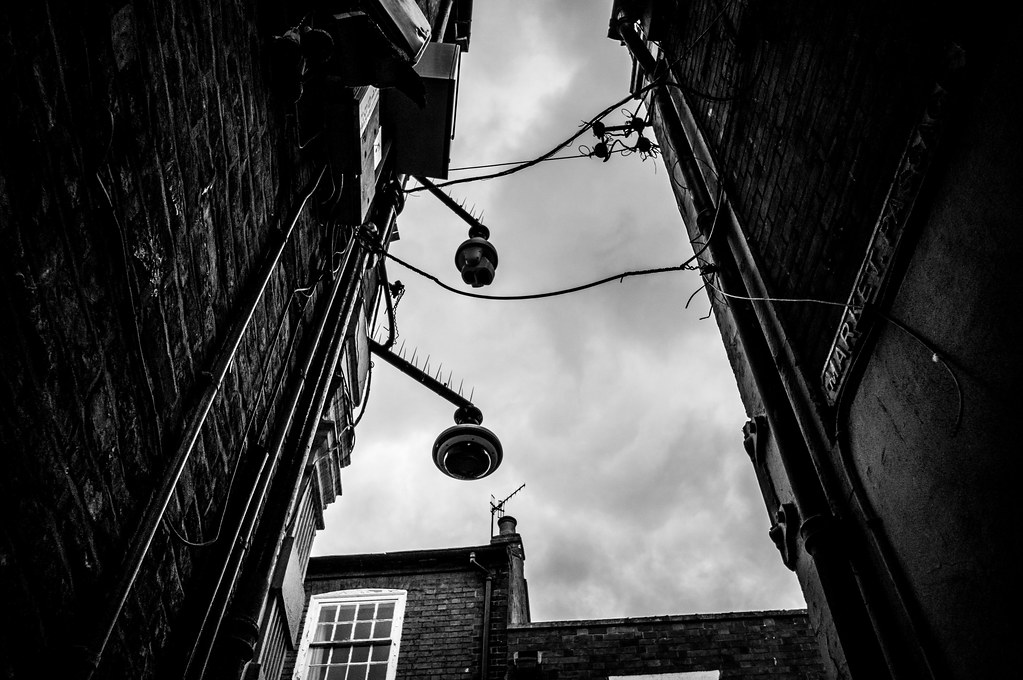 Going through this mental process led me back to the NEX-5 I used to shoot with. Contemplating one as an option to mate with the Funleader I knew I wouldn’t have the issues I used to have with its image quality as I could work around them better in the same way as I worked around the Funleader lens’s shortcomings. For a start, just like when shooting the Funleader on the full frame camera I knew I could entirely commit to shooting it black and white which would obviously overcome all the colour issues I had.

As I’ve said, those early cameras were more simple too. They gave the user less options which was of course more limiting, but those who read this website often will know I often thrive on limitations. In fact, I have previously made a case for an earlier Sony in the form of the a5100. The colour science from that camera bugged the hell out of me too, but I made it work for me as a camera because of its limitations. The NEX-5 was earlier and therefore even more simple than the a5100, so I was sure I could make it work for me now.

So that’s what I decided to buy again, I’d mate a Sony NEX-5 to the Funleader lens to give me a simple camera with a simple lens and would round it off with a fixed goal of high contrast black and white photos for the outcome. It almost sounded like the perfect recipe for quick street/urban snaps – in fact, that’s exactly what it turned out to be, though there was a little hurdle and perhaps a slightly wrong choice made in the process. The tiny lens shows just how small this camera is

In the end, I decided to go for the NEX-5R. I don’t like buying cameras I’ve owned before really, and though the R isn’t much different to the earlier versions of the camera, I was attracted to the control dial that sits under the right thumb. I figured it would be highly likely that the dial could be programmed to act as an exposure compensation dial to match the dial on the bigger full frame Sony I had been using. Unfortunately, this turned out not to be the case… or at least it can’t be used like this without pressing the exposure compensation button first, which didn’t suit me very well in practice.

It’s funny really, when I shoot film, I don’t really like exposure compensation, yet shooting digital I love it. With a digital camera with live view set to aperture priority and auto ISO I can find myself very comfortable snapping away without having to think about much beyond depth of field, composition and exposure. This is how I shoot my full frame Sonys for work, and it’s started creeping into my hobby now too. It’s just so easy and quick for basically everything I shoot. 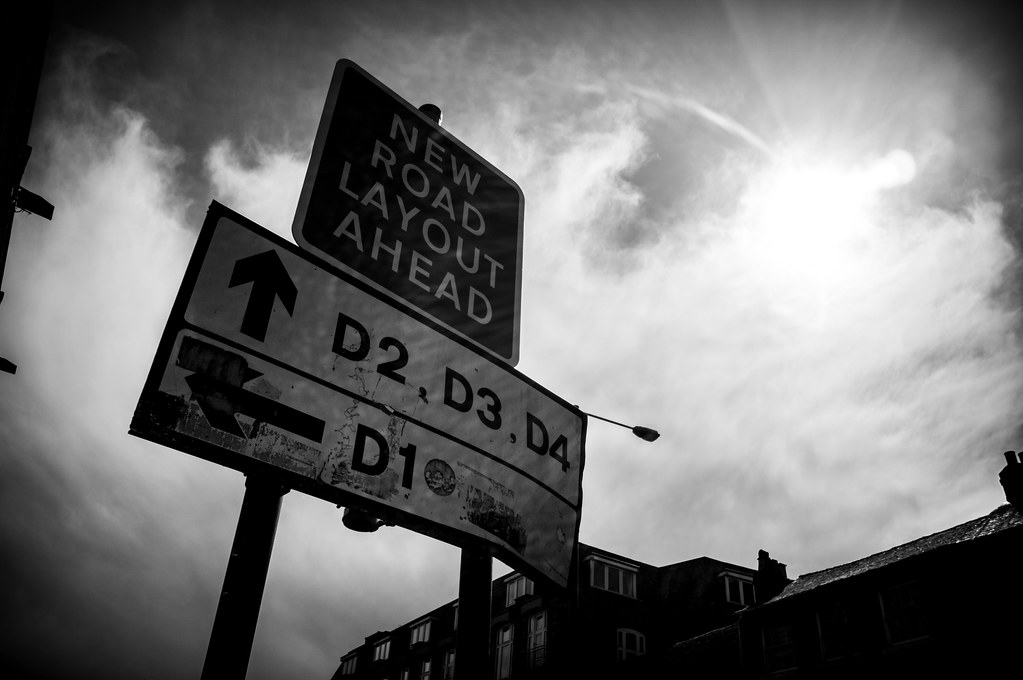 With film, I’m much more of an exposure lock kinda guy. I like to be able to assess the scene, lock in a chosen exposure by half-pressing the shutter or a secondary exposure lock button, then frame and shoot. This amounts to me shooting two different methods with the different mediums, but for one reason or another, I’ve found this work nicely for me.

With the NEX-5R I found I had to adopt the film method on a digital camera. I initially thought this was going to bother me, as I really can’t get on with shooting the digital method on film. Fortunately, with the camera set up so a half press of the shutter locks the exposure, I quickly found myself adapting nicely. In fact, I found myself totally unfazed by the fact the dial couldn’t be set to how I had originally wanted it to be.

The only annoying thing by this point was that I’d forked out the extra cash for the slightly newer model that comes with a dial that was now no use to me. This was especially irritating as I’d originally liked the idea of part of the selling point for this setup being that I’d only spent £50-60 on the camera. The 5R cost me £88 in the end. Not much more in the grand scheme of things, but enough that I felt it more in my wallet than I wanted to when this was really supposed to be a bit of a fun experiment.

But anyway, ignoring that slight misstep, there really isn’t much else to say about the camera beyond what I have so far said. I don’t use any of the other features beyond the flappy screen which makes for quick and easy framing, the auto ISO and the ability to set the camera to display a black and white image on the back. And of course with the lens being a fixed aperture, I’m not even using it how I so often shoot digital cameras these days. As it is, it really works as a very snappy point & shoot. Which is, if it’s not already clear, exactly what I was hoping for.

Standard introspective, over-though waffle out of the way, here’s some photos I’ve taken with this setup. I like to think that for all I obviously overthink this stuff, how much fun I have – and indeed the freedom I find in shooting this sort of setup – can sometimes be seen in some of the images. 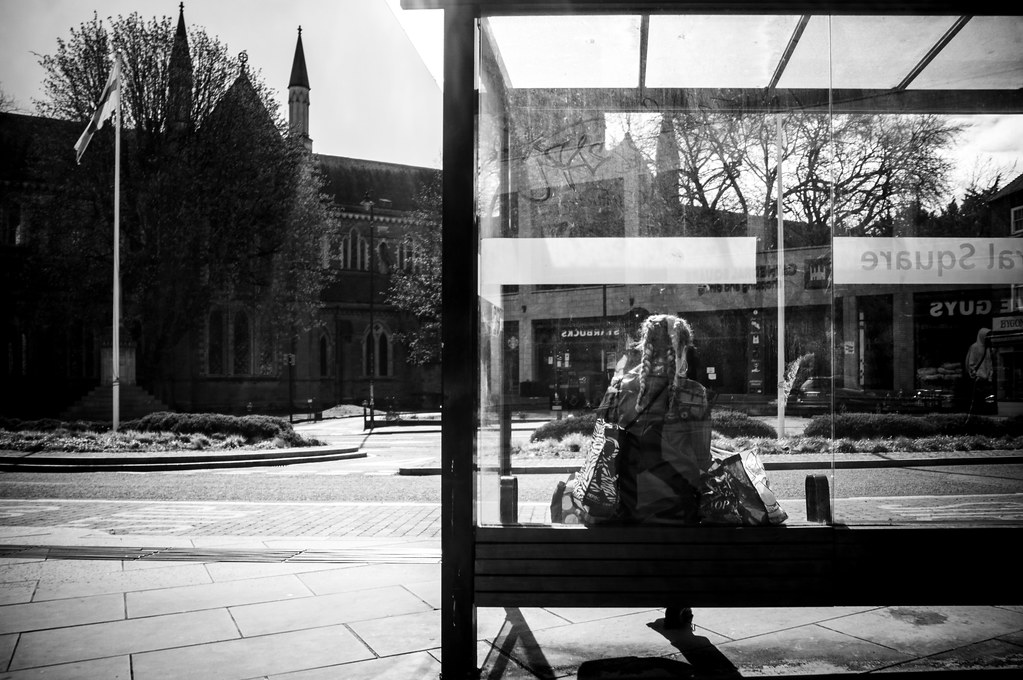 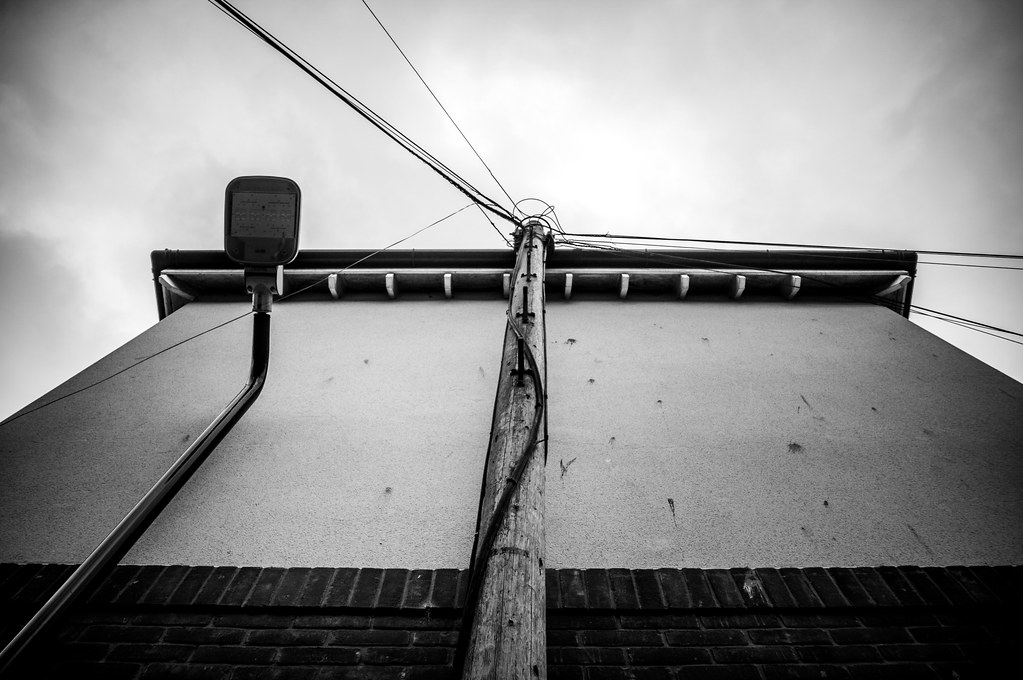 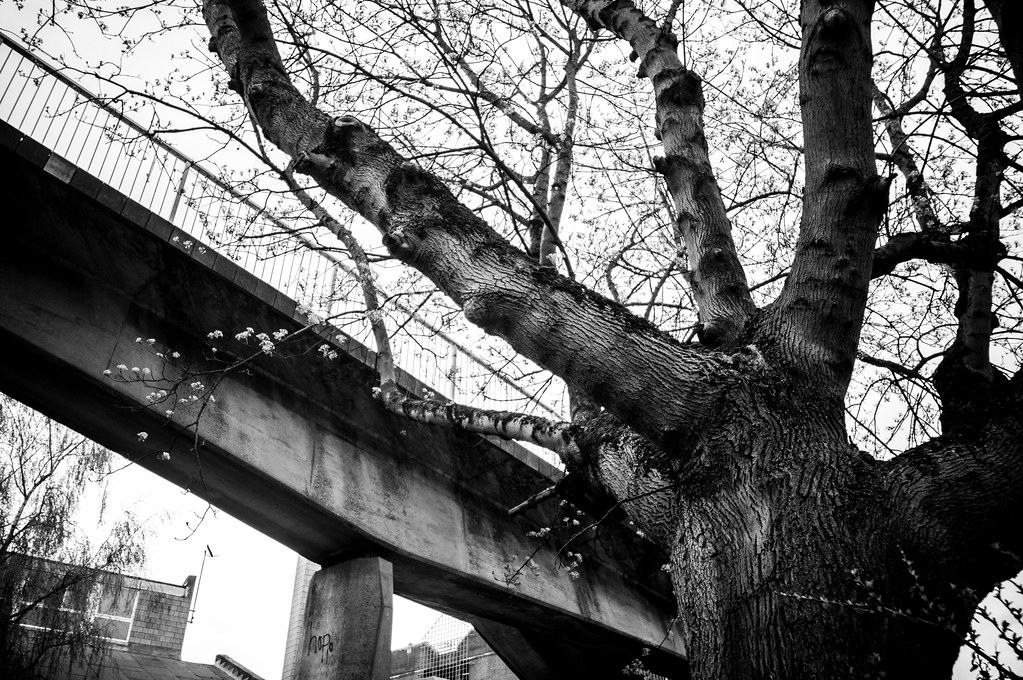 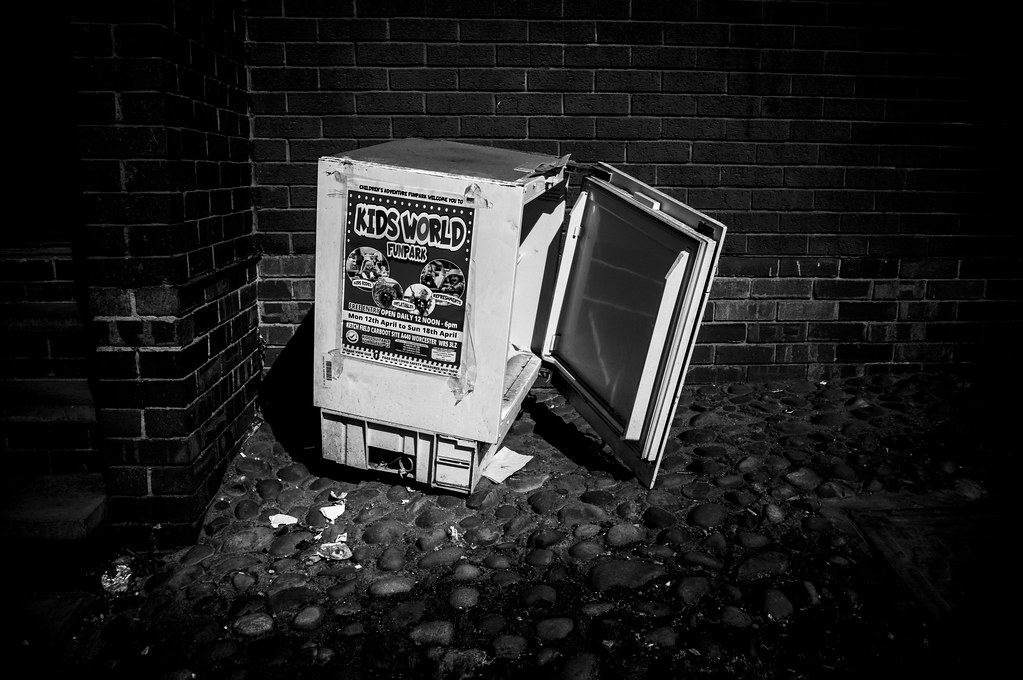 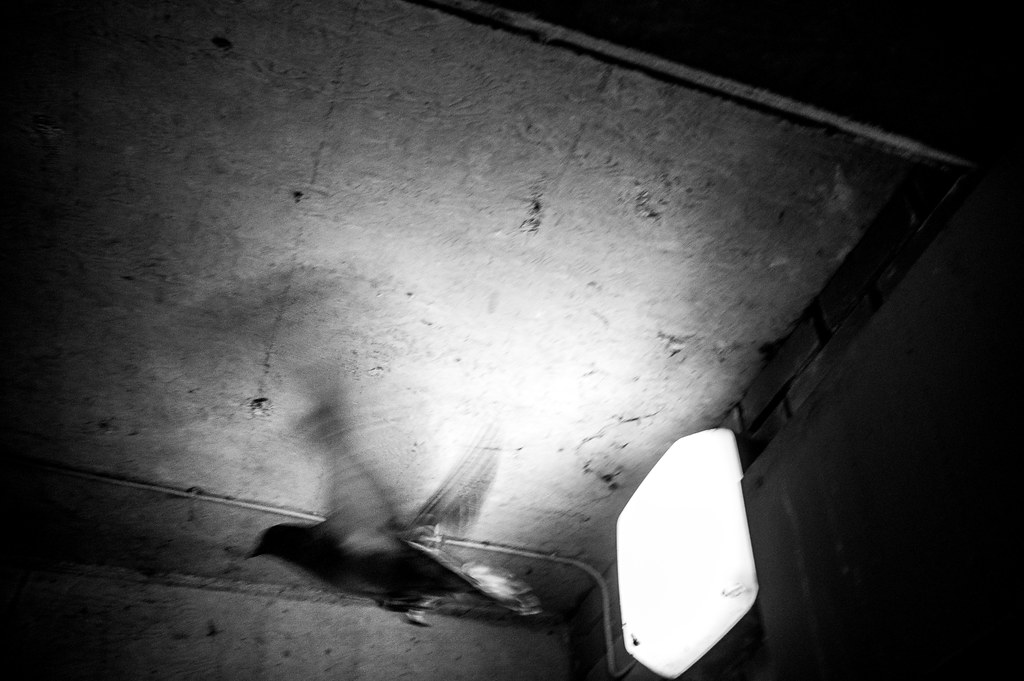 I wasn’t sure I was going to get much out of the Funleader 18mm f/8 when I first landed with me, but in the end it has provided me with a great deal of fun. Everything I liked about it’s simplicity has translated even better to the smaller more simple NEX-5R camera. Of course, I’ve lost the ultra-wide framing that it brings to the table on a full frame camera, but actually the 28mm equivalent on APS-C is a little more versatile anyway.

I’ve also really enjoyed the idea of choosing a camera just to shoot with one lens and with one creative goal in mind. The photos are far from perfect of course – they were never going to be up to the standards of modern digital cameras and high-end lenses. But that’s definitely proven to be part of the joy here.

The rest of the joy is in the total lack of thought I can apply to shooting. I can just point it in the direction I want to shoot and press the shutter button. With the lack of AF to slow it down, it takes a photo in a tiny fraction of a second too. This is good photography to me at the moment, simple, fun photography with little thought needed. This combo provides this sort of experience in droves!

I’m now wondering what sort of other cheap lenses I could add to this camera and approach that would give me similar satisfaction. NFTs...? - Can You Sell Analog/Vintage Camera Photos on a Blockchain? - By 'Pixels and Grain'