I’ve started a little project shooting a Nikon F75. I’m calling it a project, as I want to differentiate it a little from my normal trials with cameras. My intention isn’t to shoot, review and put down (or sell) this camera like I so often do. This time, I want to write a few posts documenting my various experiences with it. The main reason being, it is – at least on face value – a big departure from the sort of camera I’m used to shooting with.

I actually started down this particular path a good few months back. I found reason to question my own logic after I decided I should spend good money having a 90mm autofocus lens off a Contax G series camera modified to M-Mount. I mentioned this on social media and loads of people questioned my intelligence (easily done sometimes, I admit).

The main question was, why not just shoot it on a Contax G? The answer to that question is actually quite easy, I really don’t like the Contax G cameras. But, the process of being questioned sent me down a bit of a rabbit hole. I might dislike the Contax G cameras, but was I missing a trick else where? After all, autofocusing a 90mm lens on an SLR is arguably a lot easier than manual focusing one on a rangefinder.

Flirting with a Nikon F90x

The result of this was that I went out and bought a Nikon F90x and 85mm 1.8d lens. I shot a couple of rolls with it – I got some ok photos too: 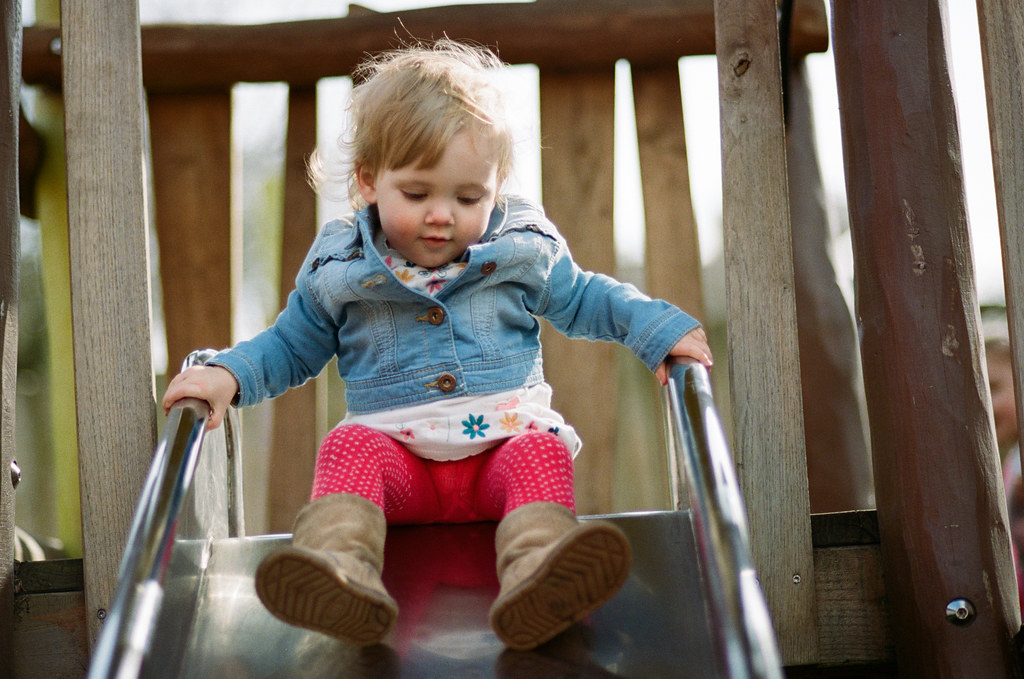 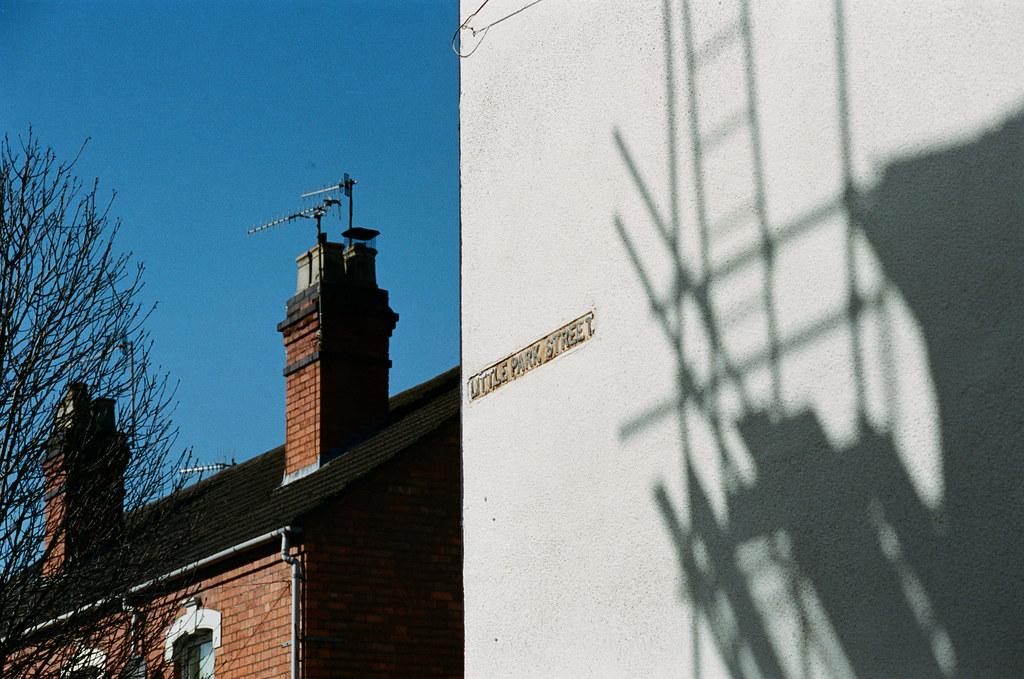 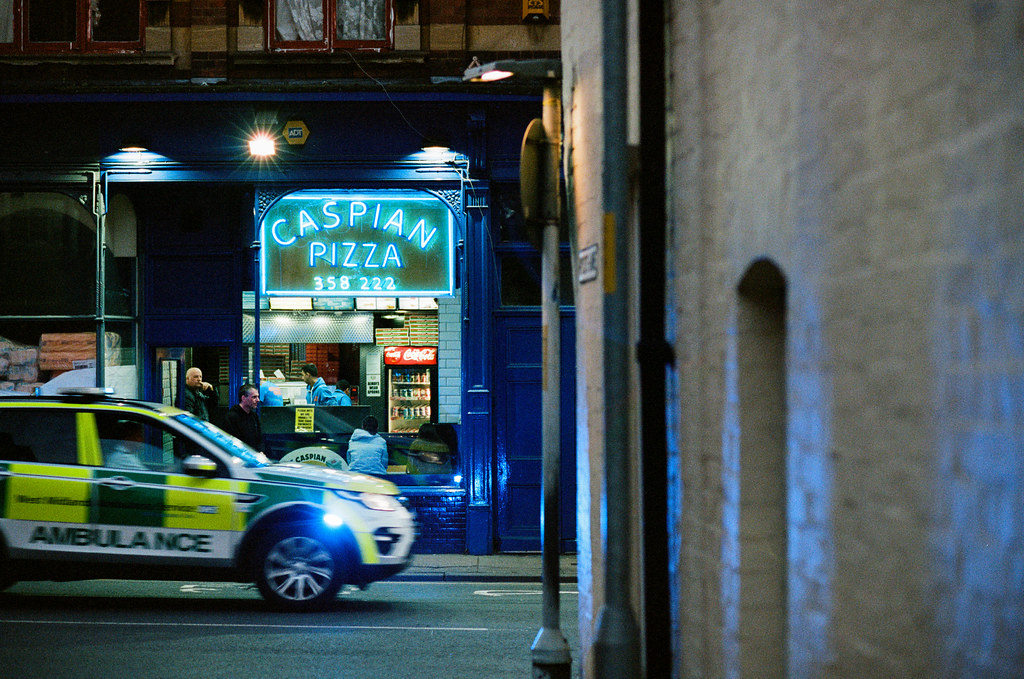 The rest are here

But in the end, found myself disliking the camera – primarily because it’s just too damned heavy, especially with the 85mm lens on the front. But, I did enjoy the autofocus and autoexposure. I treated the camera like a point & shoot, and despite the fact that I don’t shoot them as often at the moment, I do like the point & shoot camera experience! That said, my distaste for the size and weight was too great, and so ultimately I came to the conclusion that I should indeed have the 90mm Contax lens converted (how’s that for well rounded logical thinking…?). Of course, I also REALLY love the character of the Contax 90mm – but all that’s a different story for another day…

Step up the Nikon F75

So, whilst I’d been put off by the size and weight of the F90x, I couldn’t shake the sense that I’d enjoyed the a fair bit of the shooting experience. Believe it or not, I used to be a Nikon SLR collector. As such, the camera was familiar enough to use, I’d had results I was happy with, and as mentioned, the point & shoot way I’d shot it had appealed. This got me thinking – maybe one of the smaller, lighter, more consumer oriented Nikons would work for me?

I know the range really well from my collecting days, so the first two that came to mind were the F55 and F75. If you know anything about Nikon cameras you’ll know that what came before these cameras was quite a bit bigger. Even the previous generation F60 that I cut my teeth on in my late teens/early 20’s was quite a chunk. The F75 is a similar form factor to that of later digital D40 – a camera that at the time it came out I remember was regarded as very small.

Anyway, I did a bit of a comparison between the F75 and F55 and concluded that out of the two the F75 has the least compromised function – it’s a consumer camera, but has multi-segment (“Matrix” as Nikon call it) metering, fairly decent auto focus, and moreover it does allow you a few fancy features (something I will come back to in a later post I’m sure). I should also point out that I picked my F75 up off eBay for £40 in pretty much mint condition.

I already have a Nikon 35mm f/2d AF lens. I’ve had it for years – it has such a big crack in the focusing ring that I’ve felt selling it would get me less money than I feel it’s worth to me – even as a shelf queen. That said, I didn’t fancy 35mm as my focal length of choice. I also wanted something especially light weight and cheap too.

The obvious choice was the Nikon 50mm f/1.8d AF. If you aren’t up on your Nikon gear this is a current model lens that’s been around for quite a while. It’s Nikon’s entry level prime lens, and in fact the least expensive lens Nikon make. I managed to pick one up used for £60 Ok, so to recap, what I found myself with is a camera that felt a bit like a big point & shoot with manual overrides, a fast 50mm lens, is light weight, isn’t much bigger than a Leica M and cost me £100. Comprehending a setup like this – as someone with a not insignificant collection of much more expensive/valuable kit – I did start to call into question some of my ideals when it comes to cameras. I like to think that I’m not so short sighted to write off a combination of kit like this before I’ve even shot with it, but the reality is, for a long time now I wouldn’t have looked twice at a camera and lens like this.

I think for me personally, I feel like I grew out of this sort of equipment a while ago. After the point & shoot cameras I had as a kid, I had a string of Nikon SLRs that eventually turned into a collection. I moved on from the F60 I had first, and the F801s that followed, to likes of the FM2, F3 and FE. From these I moved on to Leicas – and apart from a brief flirtation with a FM3a that made me realise just how well suited I am to Leica cameras (read that post here), and a roll I shot with a Nikon F100 and Sigma 50mm ART lens when I still had my Nikon DSLRs (photos here) – I’ve never really looked back. Since then, all I’ve done on this blog is to consistently reinforce my own beliefs about simple cameras with limited functions being right for me. Something that culminated in this post about the Lure of the Uncomplicated Camera.

A project rather than a review

These preferences are why I’ve decided to pursue this as a little project. I don’t want to get into the complexities of reviewing lots of different fairly modern film SLR bodies, I also know I’m never going to convert myself into someone who enjoys all the bells and whistles. But looking back at how my preferences have developed, whilst holding this this camera in my hand, I’m quite conscious that I might have done myself a bit of an injustice by writing off all SLR cameras. In the Nikon F75 I have a camera that is small and light – as small and light as my Sony A7Rii in fact. I’m also familiar enough with it from my Nikon days not to get too bogged down by trying to learn the idiosyncrasies of a more feature packed camera that’s completely new to me. These two factors are hopefully enough to allow me to explore a camera like this without becoming too distracted by what usually irritates me.

Ultimately, the point of this is not for me to review a camera, I’ve just become intrigued to explore a path I don’t normally walk – I just can’t help wondering if the F75, a fairly unassuming late model Nikon SLR, might for me add up to be a very competent point & shoot, or possibly something even more? I’ll keep you posted…

Edit – I was going to mention Mauro’s Canon 300x post here but forgot, it’s interesting and along similar lines, read it here

You will find all the posts from this project here