It’s reasonable to say that this camera changed my life. Certainly my photography life… I’d managed to last quite a few years taking photos on automated modes. Even after I bought my first slr, the Nikon F60, I didn’t stray outside of ‘P’ other than for some slow shutter speed work. I sort of understood what ‘aperture’ meant, but I’m not sure I really understood the implications of it. Buying a Nikon D70s helped, I quickly realised the creative possibilities of a nifty 1.8 lens and some narrow depth of field. There were still some big gaps though, the biggest was the relationship between aperture, shutter speed and film speed.

That’s where the Vito B came in…

I was working in a shop that sold cameras at the time, always trying to learn more about what I was doing, I used to spend a lot of time reading about cameras and talking to the customers who knew their stuff. One customer, a chap named Len, was in the shop one time and we were chatting about Leica. The conversation was about build quality. Len told me of a chap he knew who swore by a camera called the Voigtlander Vito B. This chap had apparently told Len to forget the Leica, the money would be ill spent before having a go with a Vito b.
This of course was enough or me to jump on eBay and see what I could find. Within the day I was very surprised to have bought one for a paltry £16. A few days later and this camera showed up. Complete with provenance in the form of a photo of its previous and only owner. 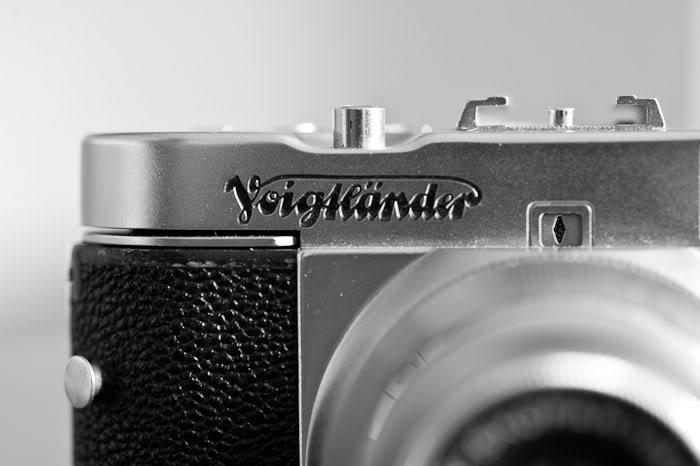 And what a wonderful thing to behold. The build quality of these things is something really quite special. In fact most if not all of the Voigtlanders of the era are very nicely made, a few years later and some larger chunks of plastic started finding the way into some of the designs. There were of course contemporary Voigtlanders that are possibly much more noteworthy, some of the Bessa folders are quite stunning, and worth a little more than £16 … But that’s what makes the Vito B so special, they can bought for next to nothing. 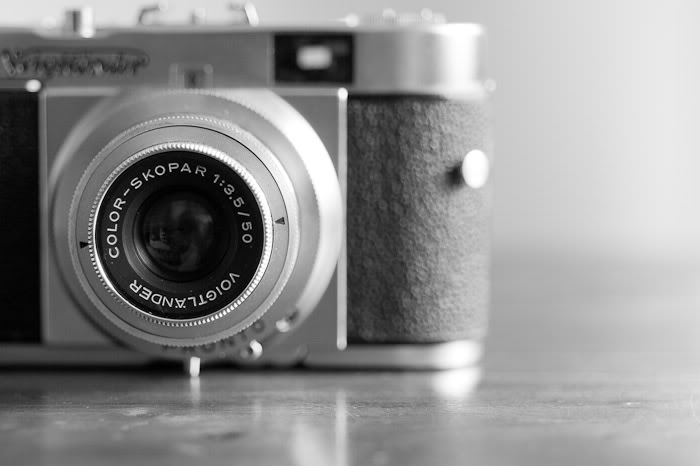 There are a range of models, the one I bought is I suspect the cheapest version. It has a 3.5 color-skopar lens and 4 speed “pronto” shutter there is also a 8 speed “prontor SVS” version. There are also versions with a larger version, but I find the small viewfinder version more aesthetically pleasing! 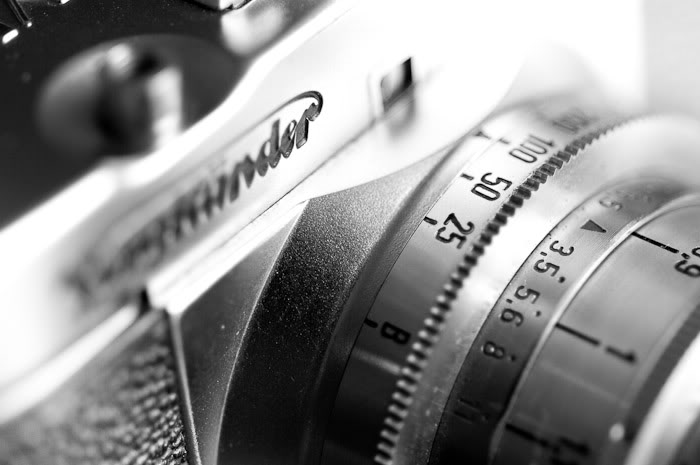 The camera is wonderfully elegant in its simplicity. The aperture is set on the front of the lens, focus in the middle and shutter speed is the closest dial to the cameras body, it’s all there in front of you. This is of course the case on many cameras of the era but im yet to find one that combines this simplicity with such a pleasing design, feeling of quality and for £16 …

A couple more shots of the camera: 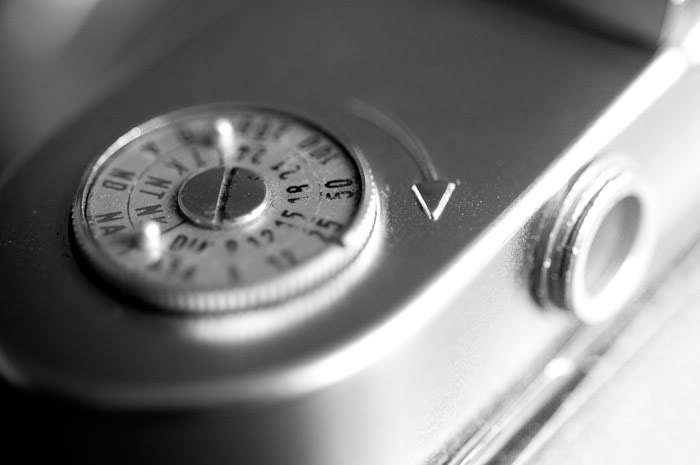 The rewind knob which doubles up to remind you of the film speed. Also, small but adequate viewfinder 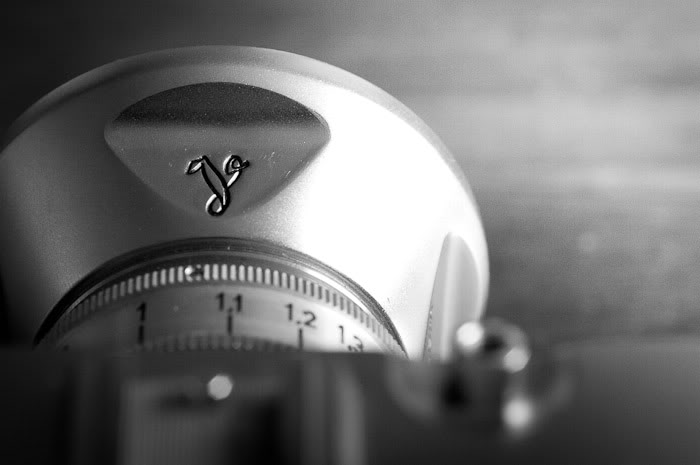 I have a lens hood for mine, I love the detail of the engraved ‘V’.

It is also this simplicity that lead the camera to having such a large effect on my shooting.

Also-recently-acquired light meter in hand, the one afternoon I thought to take the little Vito B for a walk. I went down to the river and started slowly taking photos of my surroundings. The very basic process of transferring light meter readings to the camera first showed me how limited I was going to be.
I can’t remember for sure, but I expect it was 200 iso film. I remember realising that I could only use the camera at f11 or f16. I also very vividly remember having somewhat of an epiphany with the realisation that 1/100th and f16 would give the same exposure as 1/200th and f11. And then a second epiphany that you might choose one over the other for different depth of field, and a third that by choosing 1/100th and f16 that I didn’t have to think to focus between shots as everything would be in focus – this was clearly demonstrated to me by markings on the lens! … A forth that pretty much every meter reading I had taken had given me one of two-ish readings so with a little simple judgement I could put the light meter back in my pocket. And finally, that had I put slower film in the camera I could have used larger apertures … Aperture shutter speed and film speed all tie up nicely together … That must be what people mean when they are talking about ‘1 stop’ this or ‘2 ev’ that.

So you can imagine how I felt, I’d left the flat I lived in at the time fumbling with this antiquated camera but come home being capable of using it fairly independently of a light meter in most day light situations and had a broadly greater understanding of photography. Suffice to say, smugness ruled for a bit… Until I realised that all I had learned were the basic core skills of photography! And that when this camera was new, these were the skills you needed to just get started! Still, the confidence it gave me was immense, I think I had shot my first paid wedding within the year, a year or so later and I was down to part time in the shop perusing a career in photography. So it’s no overstatement to say this camera changed my life … Of course it would have happened eventually, maybe with a very different camera, but for me it didn’t, for me it was the Vito b.

So gushing aside, objectively speaking is the camera a poor mans Leica? Well, in terms of function, it of course is only on a par with the likes of maybe a Leica 1. In terms of the quality of the pictures… Probably not. Build quality wise, these more simple vitos just keep on going! I’m sure an expert would tell me of the use of brass(?) components in a Leica, or that the quality control would have been much higher. Im sure they would be right, I’ve had Leicas, and I’d probably agree to be fair, but this little camera in your hand just feels so solid! Its impossible to deny a level of quality! And there is, after all so little to go wrong… Certainly for the sort of money you have to spend to buy one. For me, regardless of comparison, the Vito b is a must have compact camera! Olympus Trip 35 - Through the Viewfinder