The one feature I’ve always desired from a compact camera is a 50mm lens. I would estimate that around 75% of my photography is shot with a normal focal length. This is actually one of the main reasons I haven’t been shooting with compact cameras as much lately. If the alternative is to have to carry my Leica M on a strap rather than put a compact in my pocket, the Leica option wins more often than not simply for the fast 50mm it allows me to shoot.

The Nikon F75 isn’t that much bigger than my Leica with a 50mm mounted, and it’s definitely lighter – so it’s no issue to carry it around in the same way as I do the Leica. As daft as it sounds, this was actually a little bit of a revelation to me. I have such a strongly embedded mindset that rangefinders are smaller than SLRs – especially more modern ones – that I suppose it’s never really occurred to me that this could be the case. Whilst on the topic of size – as I mentioned in the part 1 of these posts – the other thing that really surprised me about this camera is how similar it is in size to the Sony A7Rii with its smallest lens – the 35mm f/2.8. If I can be happy with the size of that camera, I can surly find peace here… I shall no doubt come back to this point throughout these posts…

Shooting a Leica rangefinder as my main camera I have long been accustomed to manual focus and the comparatively long close focus distance. I’ve spent enough time with a rangefinder to find focusing them quite instinctive, and have adopted the view that if I want tighter framing for a portrait I just need to use a longer lens than a 50mm. That being said, as I mention in part one of this little project, shooting an F90x did give me some autofocus kicks. What I’d forgotten was just how much closer I’d be able to frame with an SLR lens. 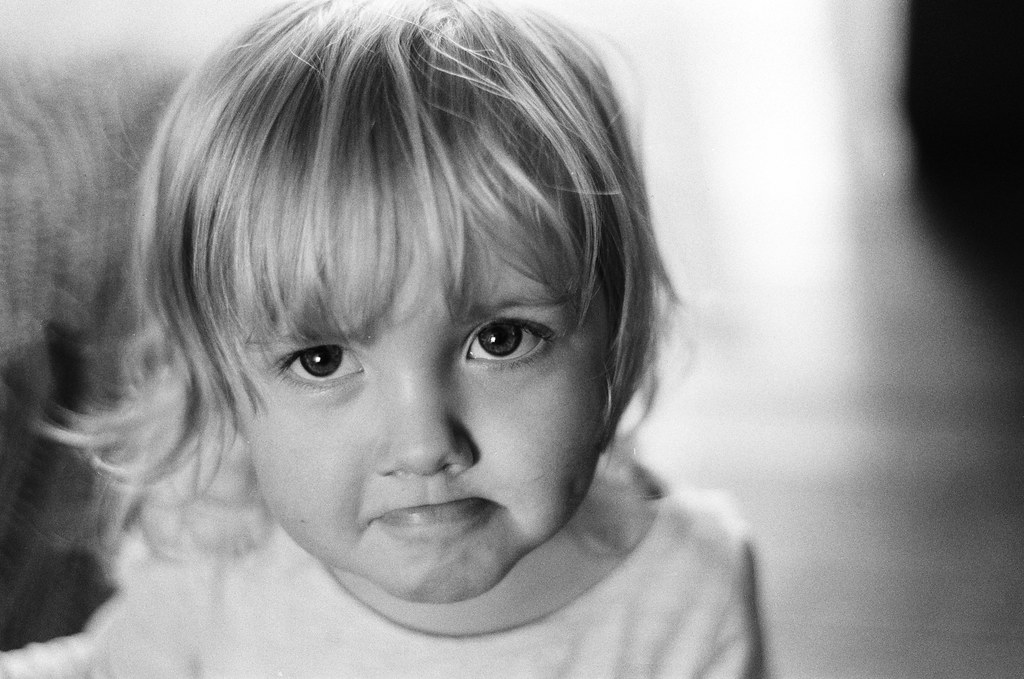 The above photo was one of the first I took with the F75, and so far, is also one of my favourites too. With a rangefinder and a 50mm lens you’re a little more toward the realms of contextual portraits, whereas with the ability to close focus with this 50mm I could frame a lot tighter and just focus on capturing her cheeky little character. The AF worked a treat too, it’s not as fast as some cameras I’ve used, but given the light level here, and closeness of subject, it did quite well.

Half a roll of joy

I’ve got back into my bad habit of mid-roll changing – as such the shots in this post are actually only from a half roll of HP5. I currently have loads of half rolls of film that I’ve extracted from a camera so I can load it with something else. Anyway, that’s a thought for another time, I only mention it here as it explains the relative few images alongside me stating that I had a really high hit rate. 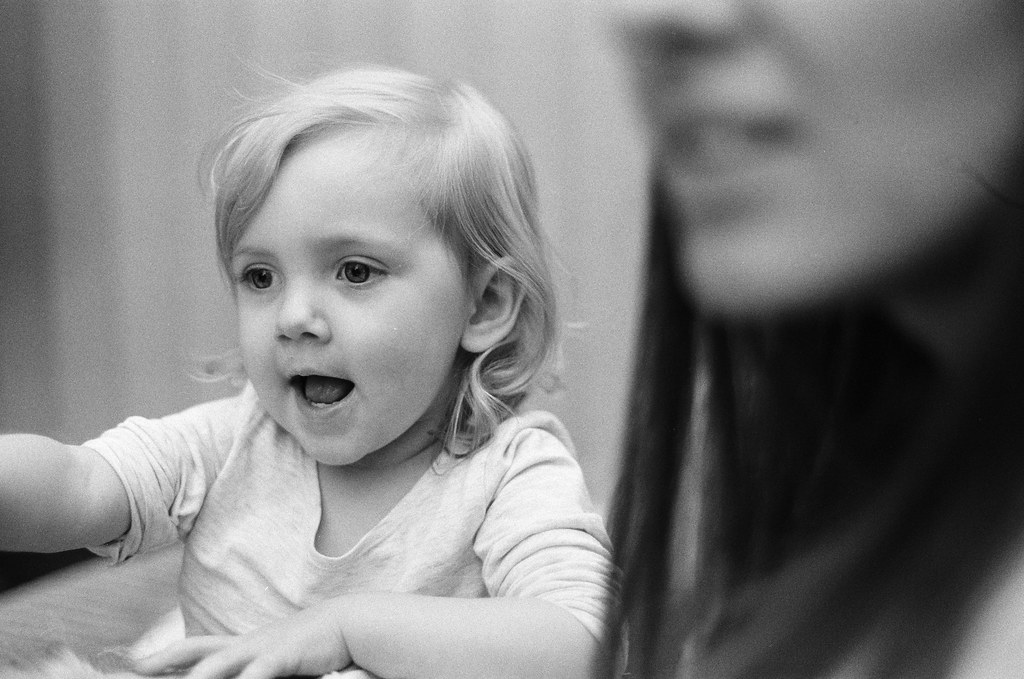 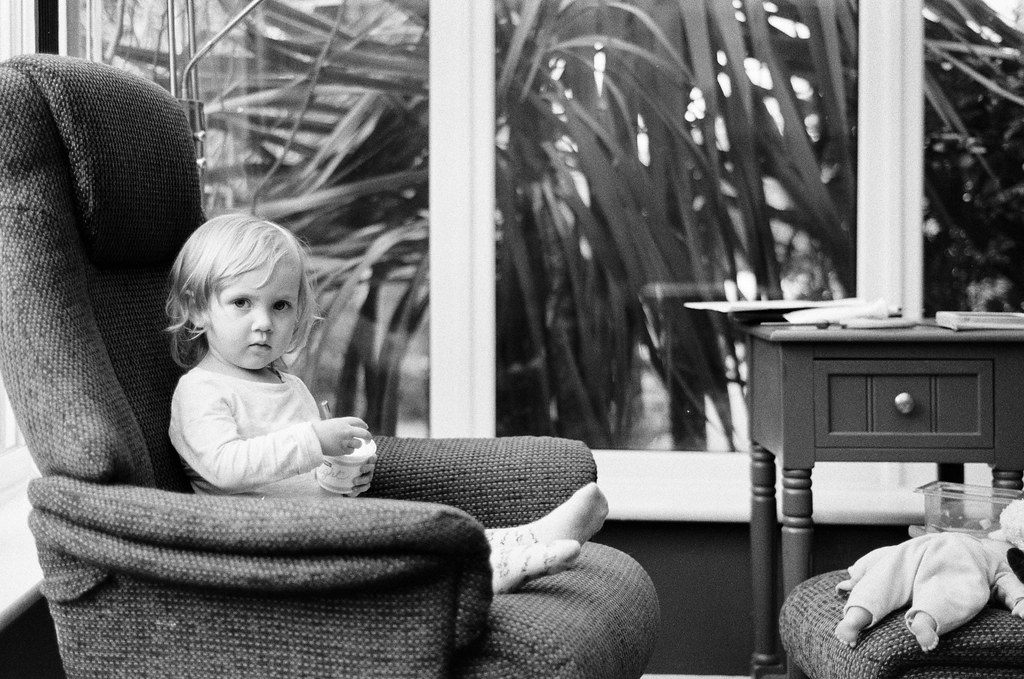 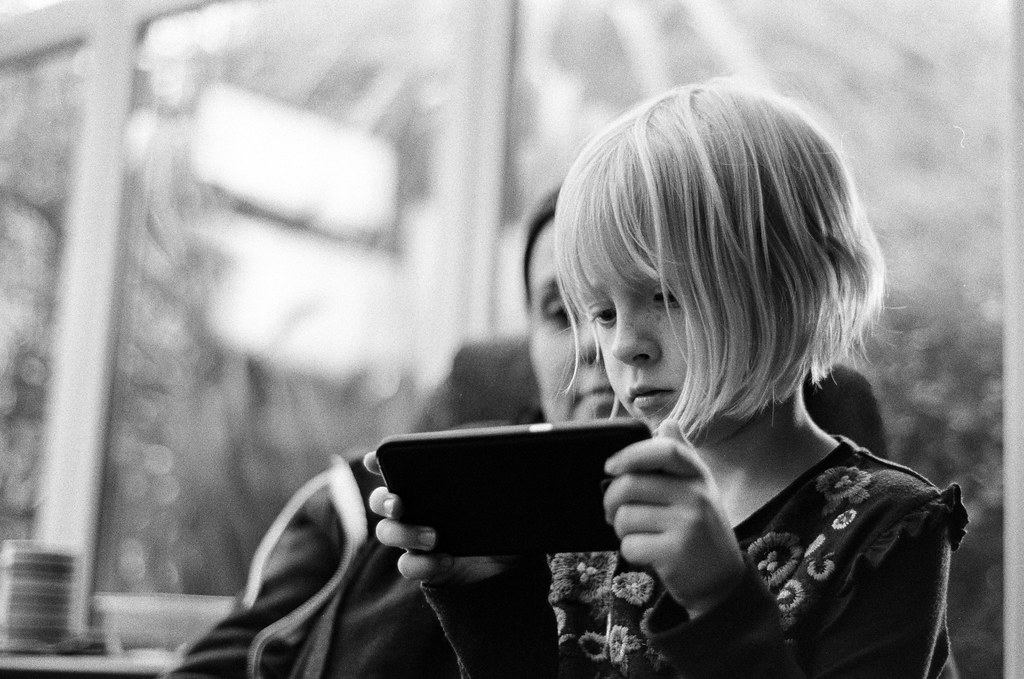 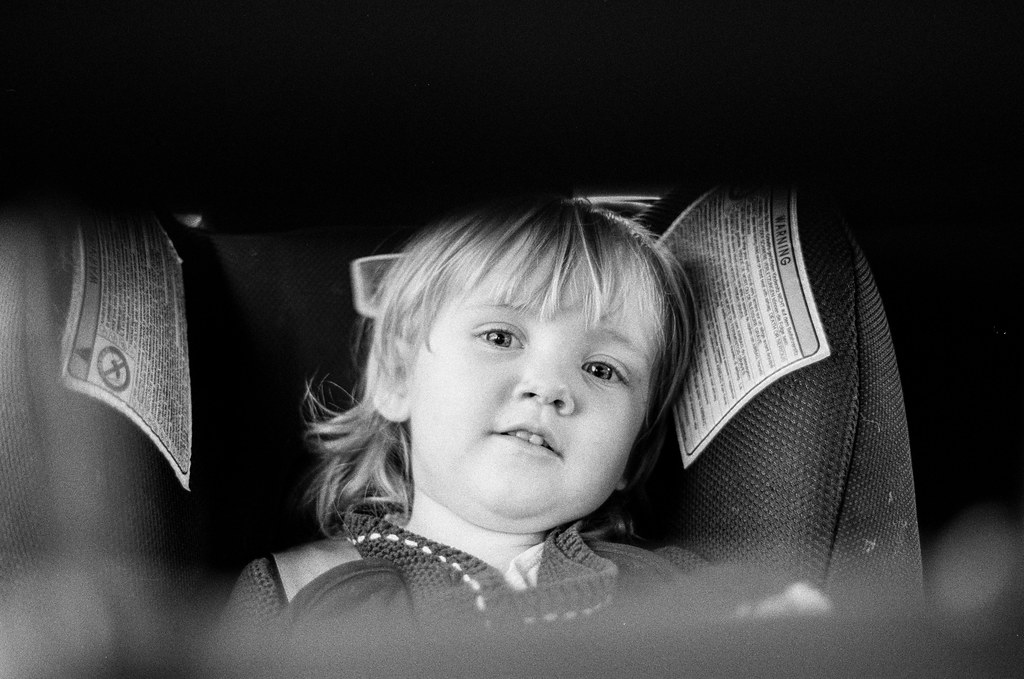 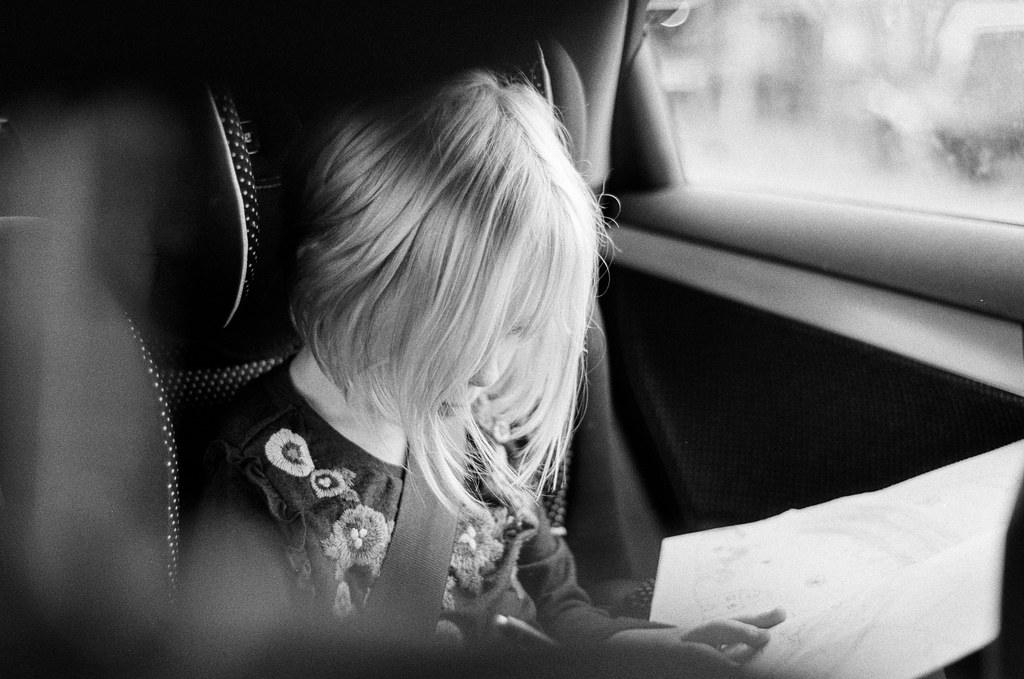 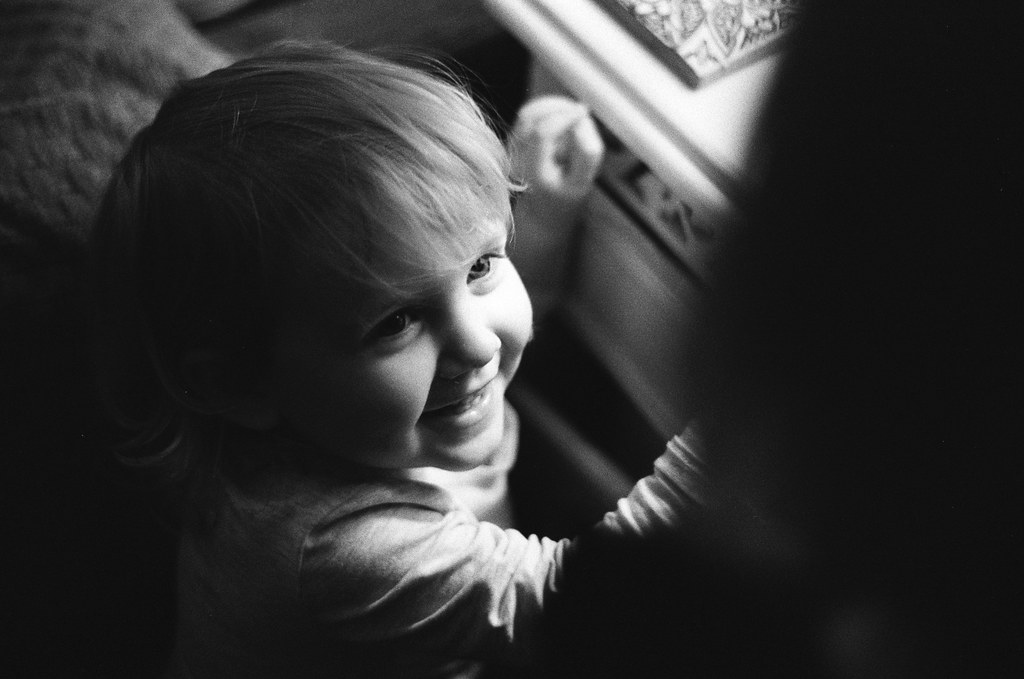 I concentrated the shots I had left of this roll on shooting my kids, and was happy with almost all of the images I had back. It was this that it made me think I might have landed on my feet with this camera. These shots really sum up what I hoped I would get out of using the F75 as a point & shoot camera. This was exactly the success I’d been hoping to find… the next step would be to use the camera under more difficult circumstances…

All posts from this project can be found here