Contax TVSiii Review (vs. the TVSii) – A One Roll Review

The Contax TVSiii is the third and last in the range of “TVS” 35mm zoom cameras from Contax. You would think that being the last, it would be the best. Some people say it is, but In most ways I disagree. In fact, if you read my Contax TVSii review you’ll already know that buying this 3rd version made me realise that the 2nd version was better suited to me. Since then, I’ve shot a roll with the TVSiii and unfortunately found it very frustrating… in both bad and good ways! (if that is even possible)

A one roll review

I’m not going to go into a great deal of depth in this review, partly as I’ve only shot one roll with the Contax TVSiii – and I honestly wouldn’t care to shoot a second with it. But, as short sighted as that might sound, I do think that what I have to say is enough just to highlight the steps backwards I think Contax (Kyocera) took when they went from the TVSii to TVSiii.

At this stage, I probably should emphasise the point that I don’t think the Contax TVSiii is a bad camera – not by a stretch – I just don’t personally find it to be as favourable to use as it’s predecessor. It feels to me a little like the TVSiii was designed to offer less to the enthusiast looking to a pocketable counterpart to their larger kit, and more to the casual holiday-photographer who happens to have deep pockets.

If there’s one feature of this camera that most strongly influences this point of view, it’s what happens when you switch the camera on or off. There are thousands of cameras of this ilk that have motorised lenses that project out of the body and open some sort of lens cover. The standard is the telescopic mechanism with the little leaves over the lens that fold out of the way when the camera is turned on.

Not flashy enough for the designers of the Contax TVSiii, they decided instead that the lens cover should be a flap on the front of the camera a la the original Contax T Rangefinder. Unlike the original, which is a manual mechanism that you pull down by hand, the Contax TVSiii has a motorised flap that folds down automatically when the camera is switched on. It is admittedly very satisfying to action the mechanism – when I first got the camera I must have turned it on and off 20 times. Does it bring anything to the camera in terms of its ability to take a photo? No, of course not, it is a pure indulgence of design. It’s a luxury feature that actually amounts to a step back from the silent, mechanical, manual control of its direct predecessor.

Switching the camera on, it takes a little while to action the movement of the flap and ready the camera for shooting. It’s also, of course, impossible to stow the camera with the lens in its ready position. In real terms, this means that it’s little different from many other point & shoot zoom cameras – almost all of them take a bit of time to switch on, and would cause a bulge in your trousers liable to get you some funny looks if left on! But, the point is, the Contax TVSiii a lot slower to use than than its predecessor, the TVSii which is arguably one of the quickest, if not the quickest-to-shoot zoom compact cameras. Another step in the wrong direction for me is the viewfinder. The most noticeable issue being the way in which it blacks out unless your eye is completely centred to it. I mentioned this as being an issue with the TVSii, but the Contax TVSiii is worse still. It’s actually quite difficult to maintain a clear view through it, at least in my experience.

The information given in the viewfinder is less useful than in the TVSii viewfinder too. It does give you a vague idea focus distance which I suppose I could argue the case for given the inclination, but really with it giving readings such as “2-5m”, it’s not that much use anyway.

Whilst that can be ignored, what really surprised me is that the shutter speed readout is limited to “LT”, 15th, 60th, 250th and 1000th similar to the Contax T2. I wouldn’t see this as an issue if it wasn’t a problem that I felt they overcame in the previous camera. This step backwards means that – especially at slower speeds – it’s harder to know how safe you are in terms of hand holding the camera.

That’s not the end of my issues either. For a start, it feels more laggy when you actually press the shutter compared to the TVSii. The exposure compensation range is only -/+ 2ev compared to the -/+ 5ev of the earlier camera. Then there’s the way you manually select the aperture which is via two tiny and quite fiddly buttons on front of the camera behind the flap. This odd interface necessitates a little LCD screen on the inside of the flap to tell you what aperture you’re at if at the wide angle of the lens. If you’re zoomed at all, the actual aperture is different to what the over-engineered little screen tells you. The zoom buttons are awkwardly placed on the top off the camera too. They aren’t impossible to find with a forefinger, but compared to the fairly standard zoom thumb-rocker that the massive majority of much cheaper 35mm compact cameras have, it just feels like a design bodge to get around the lack of space on the back of the camera rather than a choice made for reasons of usability. For all this trouble, I’d hoped the lens would disappoint me too. Unfortunately, after the slight let down of the TVSii, I was actually slightly more impressed by the results from the Contax TVSiii. Unusually, the manual points out one of its biggest optical flaws – this being that at the wide angle of the lens, at wider apertures, its prone to vignetting. I’d agree with that, but it wouldn’t surprise me as an optical trait, even if it didn’t say it in the book – I just expect a bit of a vignette from compact cameras, however good they are. 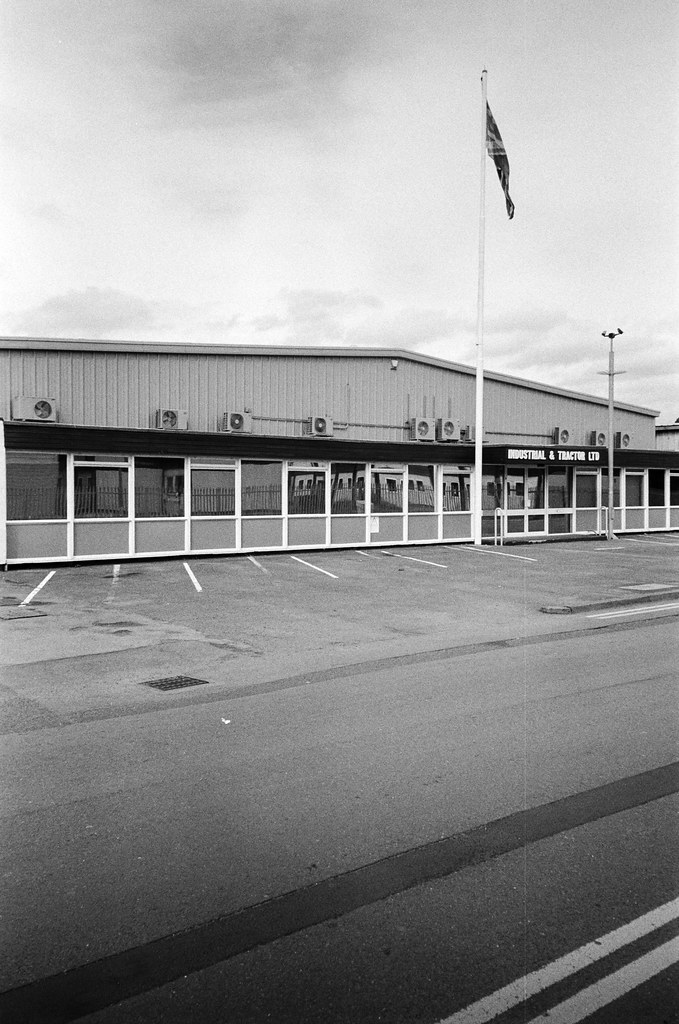 As I very often say on this website, a bit of vignetting doesn’t really bother me either. What bothered me slightly more was the touch of pincushion distortion at the wide end, but even that’s not particularly significant in the grand scheme of things. 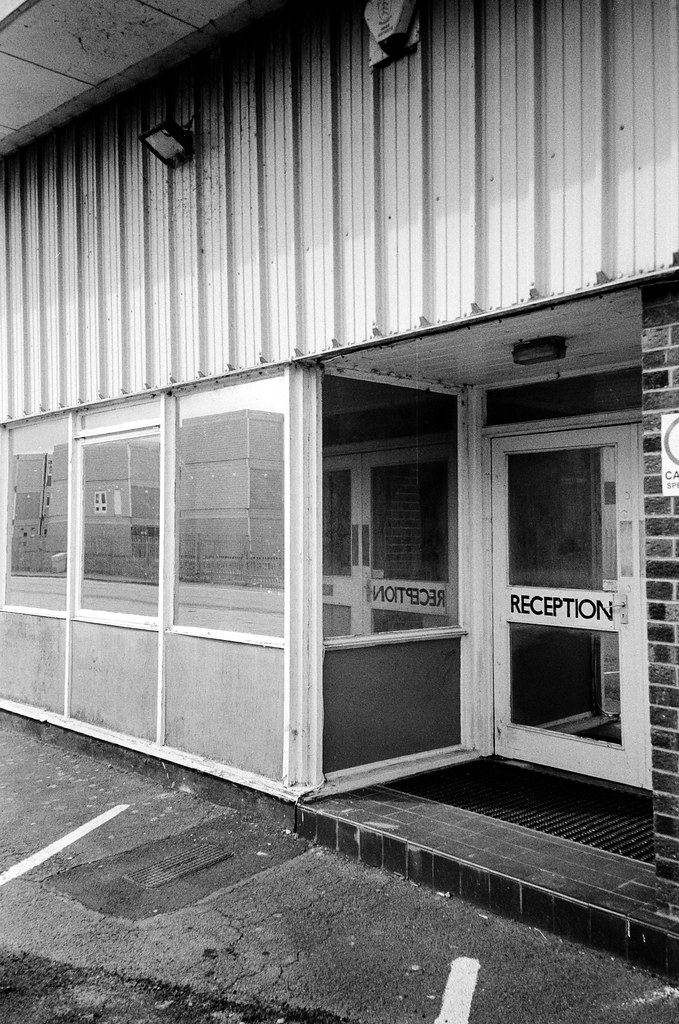 These flaws aside, as I say, I was more impressed by the results from the TVSiii than those from the TVSii. It’s fair to say there wasn’t a massive difference, but the TVSiii images just seem to have a little bit more lens-contrast-pop to them when compared to the results from the previous model. Of course, the lens is a little longer and a little slower, but really, for how I shoot a camera like this, that would be no big deal. In use, I can’t say I felt there was much of a difference between it’s 30mm wide end and the 28mm wide end on previous model.

Taking the TVSii out of the equation

So apart from the lens, this is all pretty negative? Well, yes I suppose, but a lot of this probably a little ill-founded. I think a large chunk of my negativity comes from my confusion around the fact that the Contax TVSiii appears to me to be quite significant step backwards from the TVSii. It is in its own right a pretty decent camera with a nice feature set and a few extra tricks up its sleeve. I’m sure that dedicated users would be quick to point out the custom functions that allow further modification to the way it works (see page 166 of the manual here). The mere fact that the flash can be set to off by default sets it apart from many other zoom compact cameras for a start. The problem is, for me at least, it’s not the features it has or hasn’t got, it’s how the ones it has got work… and more specifically how they don’t work for me. 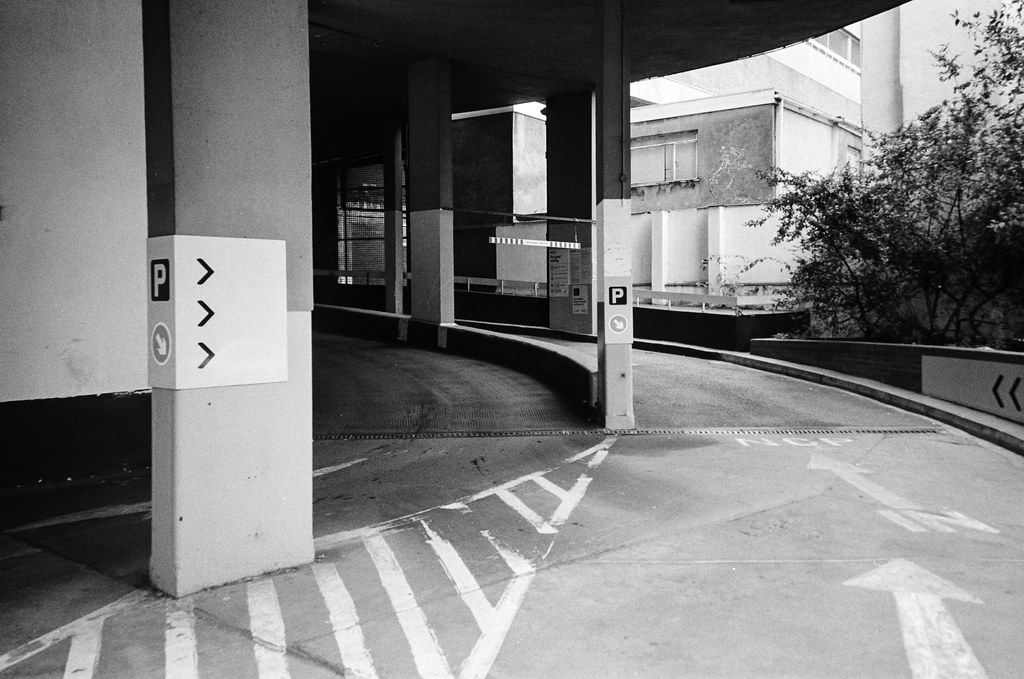 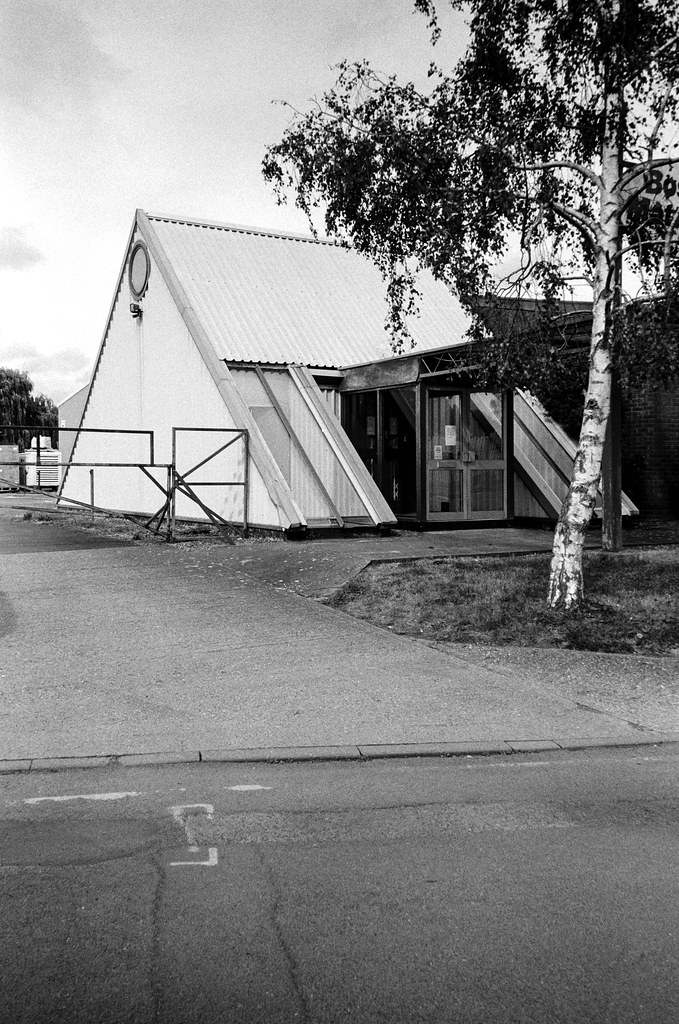 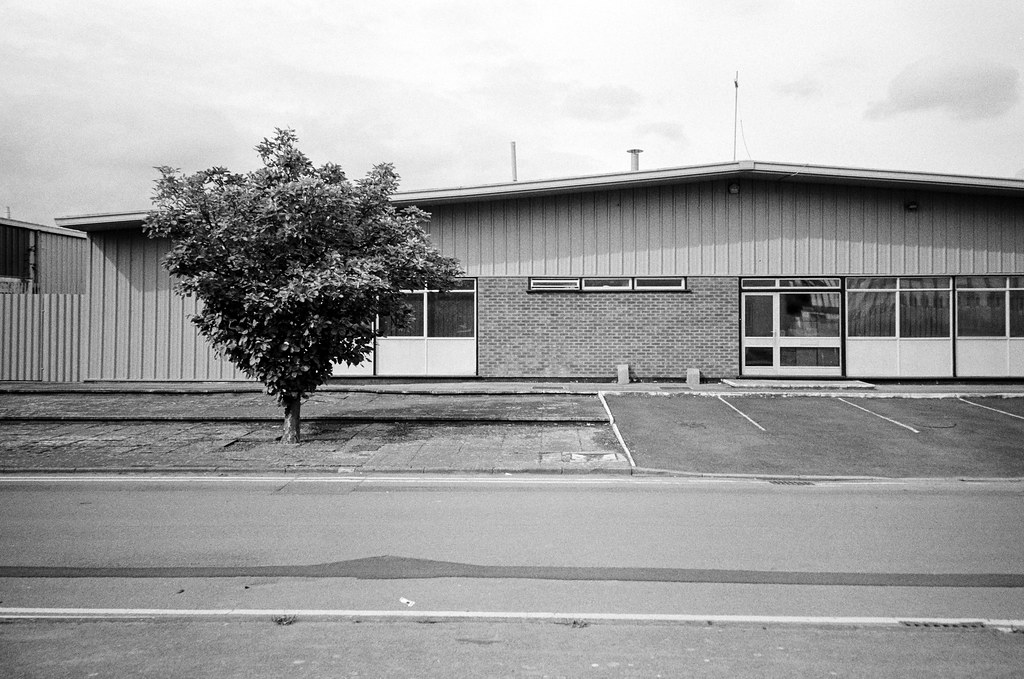 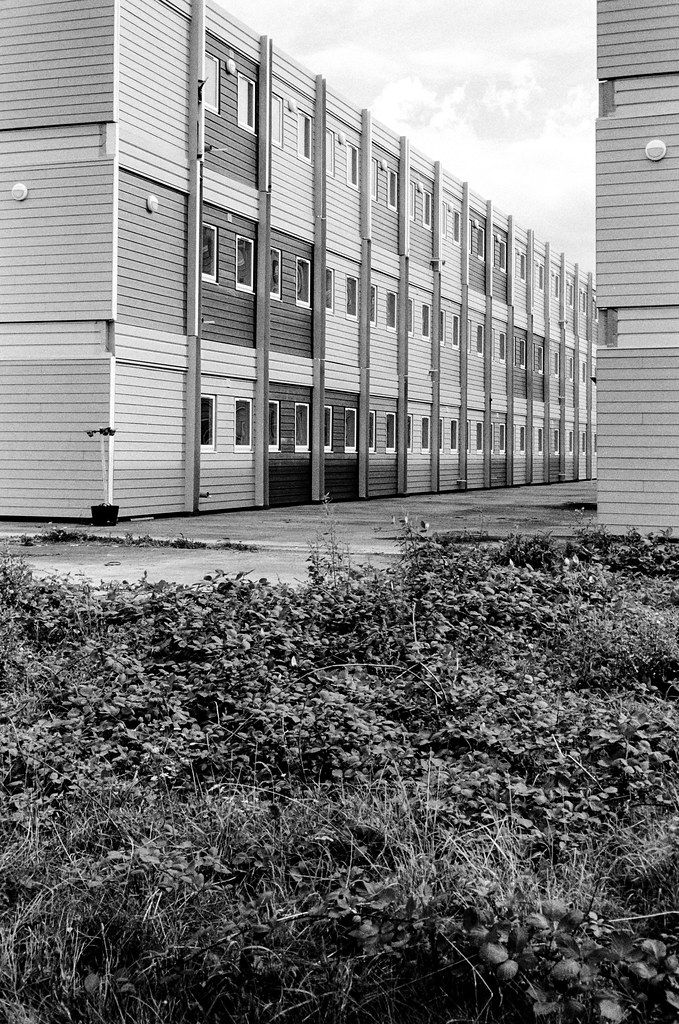 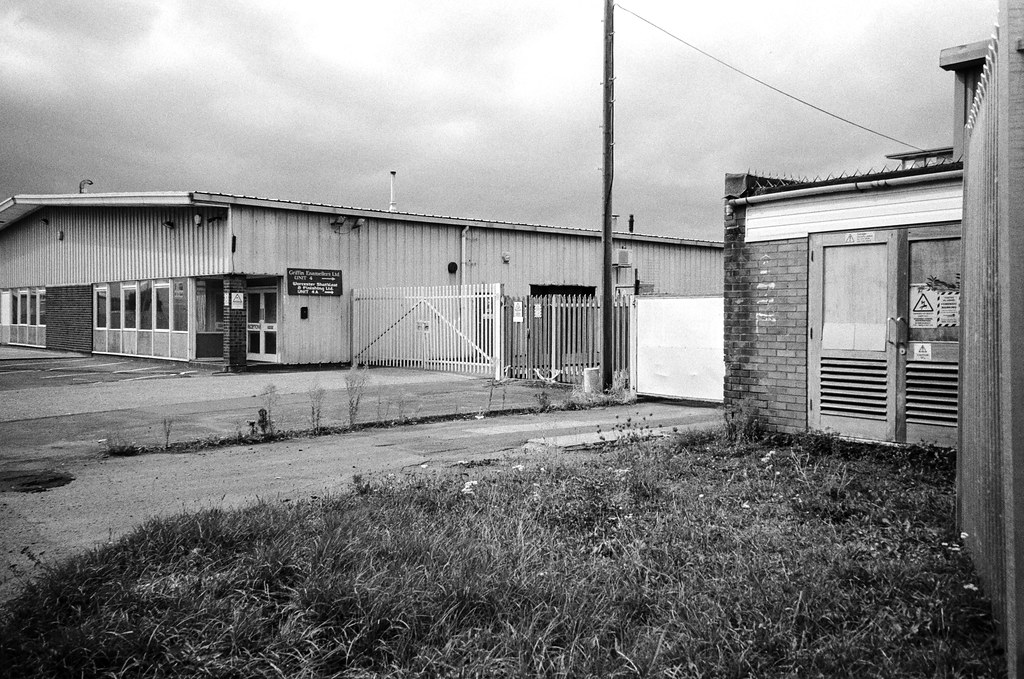 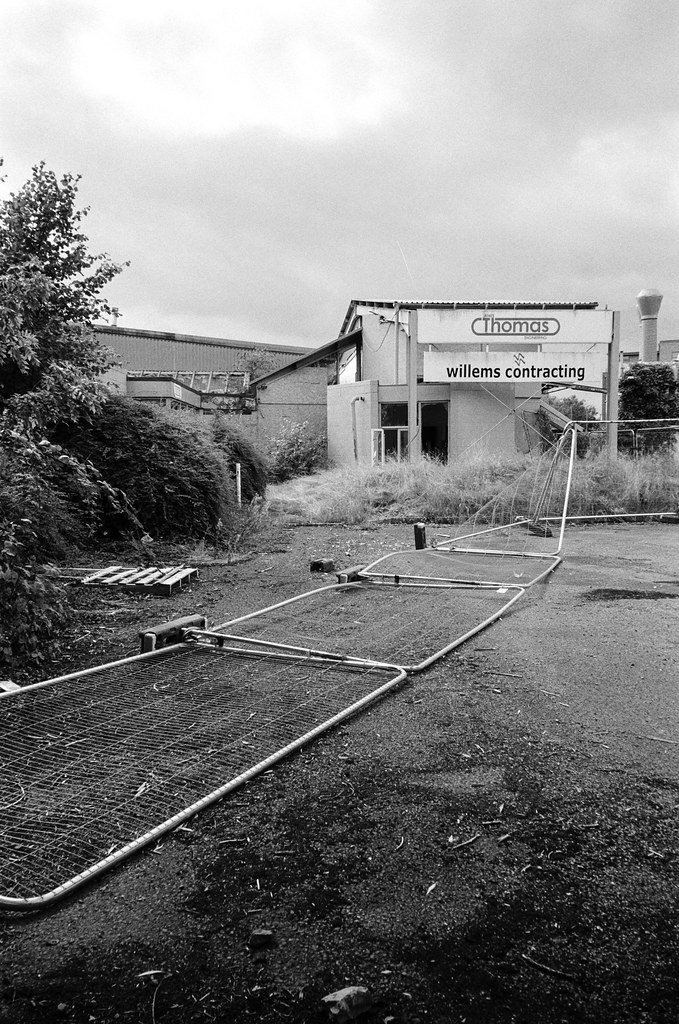 I shared some of these thoughts, including demonstrating the lens door/mechanism via a video that I initially published on my Patreon page a few weeks ago:

Final thoughts on the Contax TVSiii

As I said at the beginning of the post, I found the entire experience of shooting this camera frustrating. The user experience of the Contax TVSiii is frustrating for all its relative shortcomings when compared to the previous model, but this frustration feels only compounded by the fact that I’d say the lens is slightly better than the one in the TVSii.

I can’t help but feel a little like I have unnecessarily picked holes in this camera… I know for a fact that there are people out there who love the thing – I’ve sold this black one to one such fan. For me though, however good the lens is – and even if it was just designed with a different target market in mind – I can’t help but dislike the Contax TVSiii.