The Nikon AF3 has a total of two buttons, two switches and two LEDs. To say it is a basic camera would be an understatement. But adorning the front of this more-than-basic camera is a 35mm 2.8 lens, made by Nikon, with macro written under it… That alone made it seem promising, so I thought I would run a film through it to see how it faired.

This review is actually also representative of a new series of posts I’m going to write. I’m going to be calling them my “one roll reviews” – the clue to what these are going to be is in the name. I think I’ve written posts about cameras after only one roll of film before, but these are hopefully going to be a little more regular. The idea being, they might not be quite as in depth as some of the 5000 word mammoth reviews I’ve been working on lately, but should at least shed a little light on a few less popular, more simple cameras for those looking for info on them. I suspect I might miss details, but hopefully if I do miss anything, the comment section below will give other users a chance to fill any gaps. 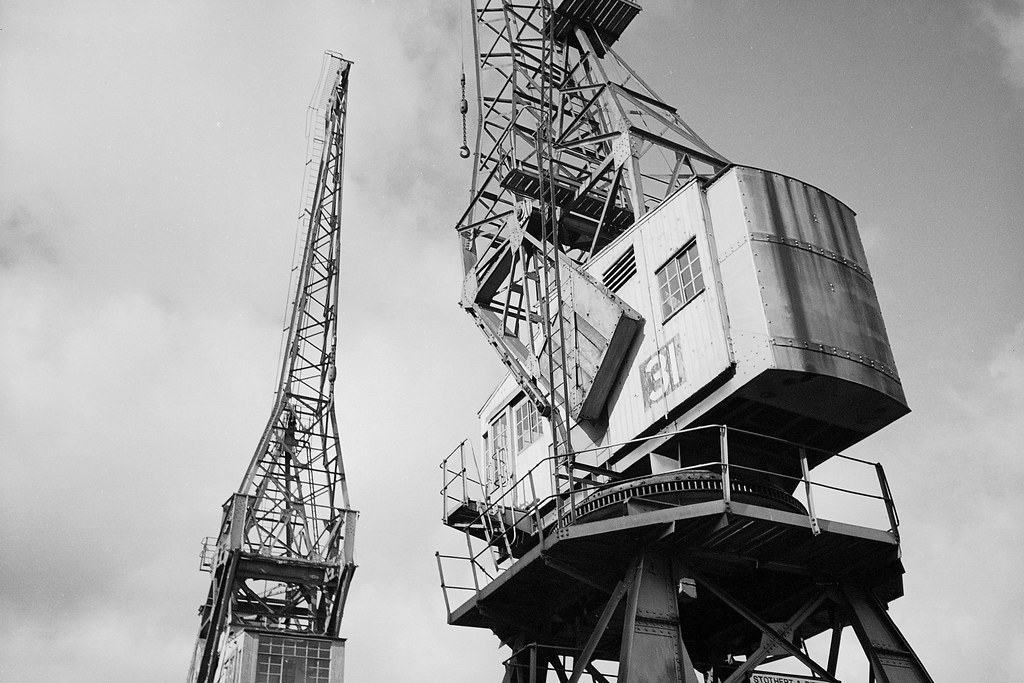 So anyway… On to the Nikon AF3 “One Roll Review”

The Nikon AF3, sometimes know the Nikon AD3, L35AF3 or even the “one touch”, was the third in the ‘L35’ series that started Nikon’s foray into the world of the 35mm compact camera. The first, L35 AF was the first and was supposedly Nikons answer to the Canon AF35. Between the AF1 and AF3 there was also – you guessed it – an AF2. I shall perhaps come back to the AF1 and AF2 at a later date, for now though this post is specifically about the AF3.

picked up the Nikon AF3 quite recently, I bought it along side a Leica mini from my local London Camera Exchange. The Leica Mini actually cost significantly more, though I found myself motivated to try the Nikon out first. It’s a solid feeling camera, and the simplicity of its function is definitely appealing. As mentioned at the beginning of the post this camera has very few functions, but what features it does have are actually implemented quite – though perhaps not entirely – elegantly. 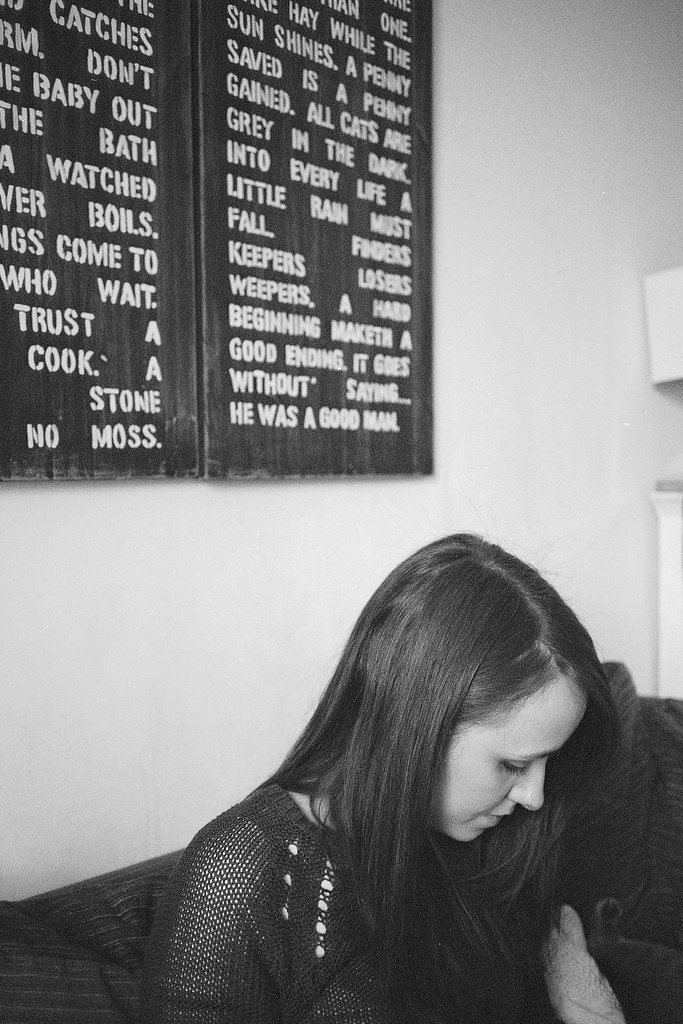 The Nikon AF3 in the hand and to the eye

It’s fair to say it’s a fairly chunky camera, far to big to fit in the average trouser pocket. But with this disadvantage of course comes the handling advantages associated with larger cameras. There’s a rubber grip on the front and a thumb grip on the back for the right hand and even a textured area on the front for the left hand. The viewfinder Is fairly big and bright too, though it does suffer from internal reflections a bit. This means yellow flare can sometimes obscure, or at least distract from your view.

The shutter (and the noise)

Outside of the noise it makes, the shutter does feel quite satisfyingly responsive and certainly gives you the impression that you are taking a photo when you want to, and not sometime later like some compacts do. 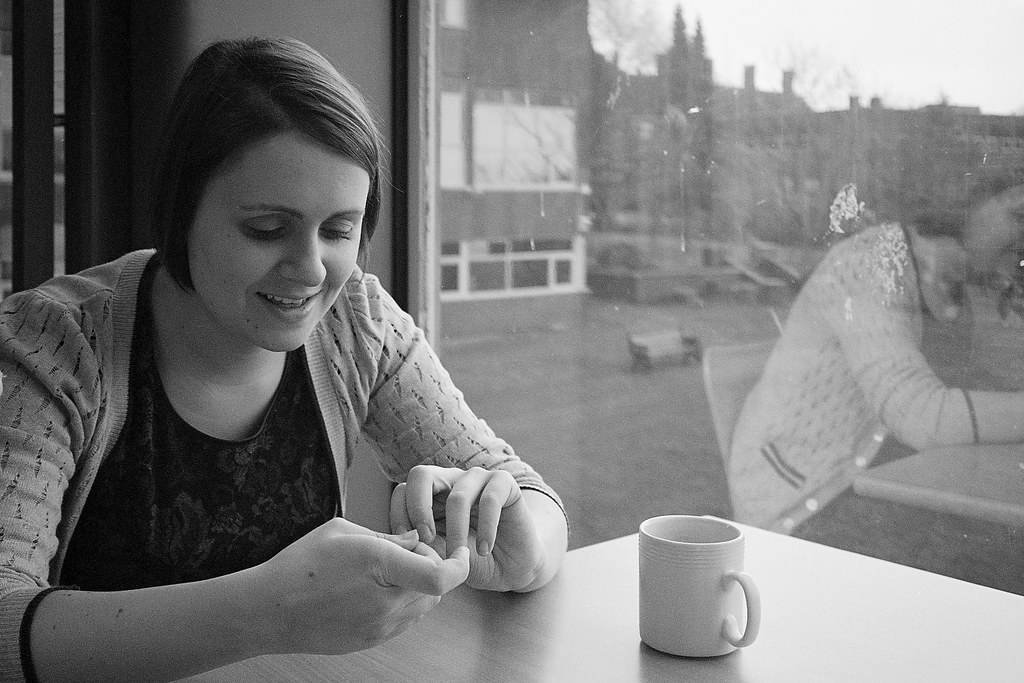 I didn’t actually shoot a single photo with the flash, but I did shoot a few photos without it. What I mean by this is that on those occasions the camera decides flash is required, it is possible to override this decision on a shot by shot basis – which is exactly what I did a few times. The slightly-uncomfortable-to-press button on the front of the camera is the automatic-flash override. If, upon half pressing the shutter, the little red LED in the viewfinder lights up to tell you the flash is going to fire when you don’t want it to, simply release half press, press and hold the override button and you will find that the little red light won’t light up when you half press again – and as such the flash won’t fire.

I actually really like this simplistic approach to flash, it removes the need for a flash menu, and whilst it means there aren’t any fancy red eye or fill flash modes, I so infrequently use those, it doesn’t bother me too much. And actually, it looks to have some sort of automatic flash diffuser that pops up sometimes… Perhaps someone in the know might be able to shed some light, so to speak, on what that does and when?

Focusing, the lens and its macro designation

Emblazoned around the front element of the lens is the word “macro”. You might expect that this claim would relate to some ability for the lens focus close, well the reality is actually only 45cm. I probably wouldn’t go as far to call this “macro”, but perhaps relative to its contemporaries it was. Regardless of this slightly questionable designation, the shorter-than-some close focusing is quite useful, and actually in my limited experience it worked quite reliably. 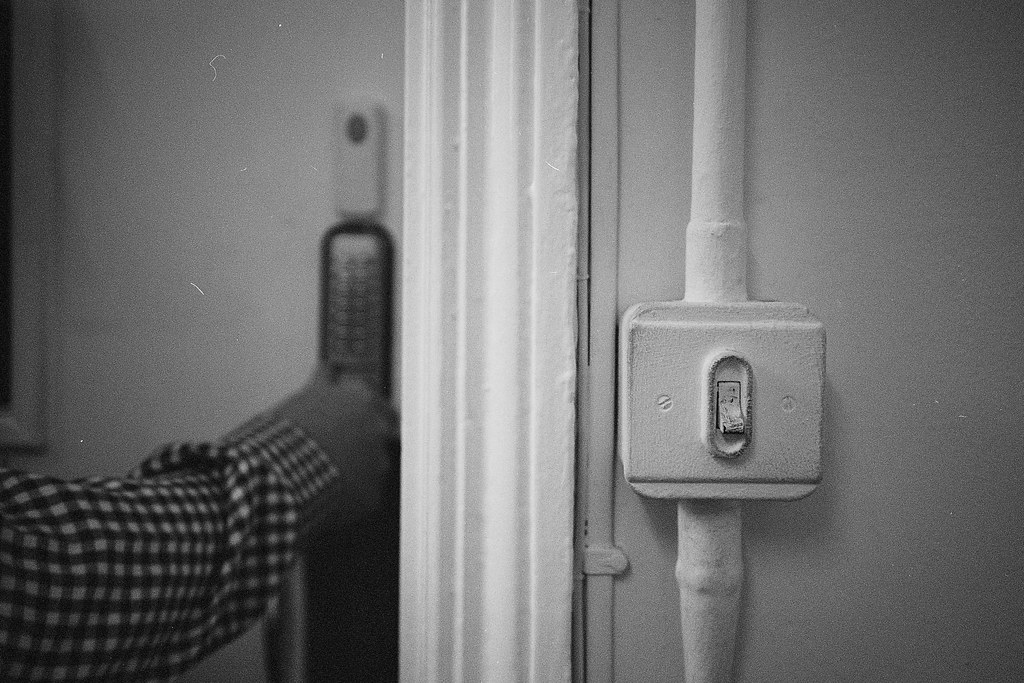 Focus is attained seemingly fairly successfully and is indicated via a green LED in the finder. Steady for focus found, flashing for focus not found – there is of course no indication of the focus distance attained, so it might not give the greatest level of confidence in the user. Saying that, it didn’t miss a single shot for me, which I found quite surprising given its date of manufacture and fairly rudimentary nature. I suppose I probably didn’t give it anything too hard to cope with, but I’d say it’s probably going to work just fine for the sort of snaps you can find in this post. 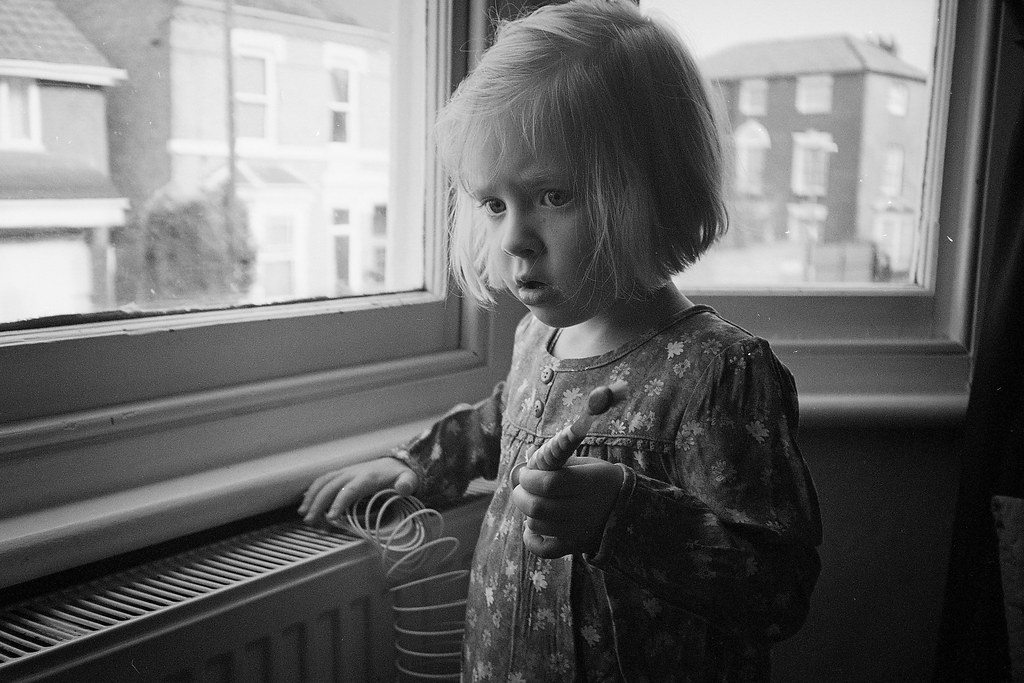 The only other feature is a self timer, I didn’t use it, but it is activated by the red switch that lights up when switched on the front of the camera. The other switch located under the lens turns the camera on and opens the lens door.

The Nikon AF3 in use

The light meter also appears fairly basic, I don’t have a manual so I’m not sure of its operational range, but the shutter stays open for quite some time if there is little light finding its way to the light meter. So, beware if you are going to suppress that flash, those long shutter speeds might make for blurry photos if you aren’t careful. The meter itself is seemingly centre weighted and did a pretty good job in exposing the shots I took with it.

Last but most definitely not least is the resulting photos. Results are pretty sharp, not mind blowing, but certainly very impressive for a camera that can be had for often less than £5. It might vignette a bit, though not drastically, and in the few shots I took I didn’t notice any real distortions to straight lines. In terms of character, it does have a slightly dateable look to the way it renders. There is certainly a little bit of a glowy edge to some high contrast areas of a scene and overall contrast is lower than the likes of more modern cameras like the Olympus mju-ii et al. But generally, I think it takes great photos! 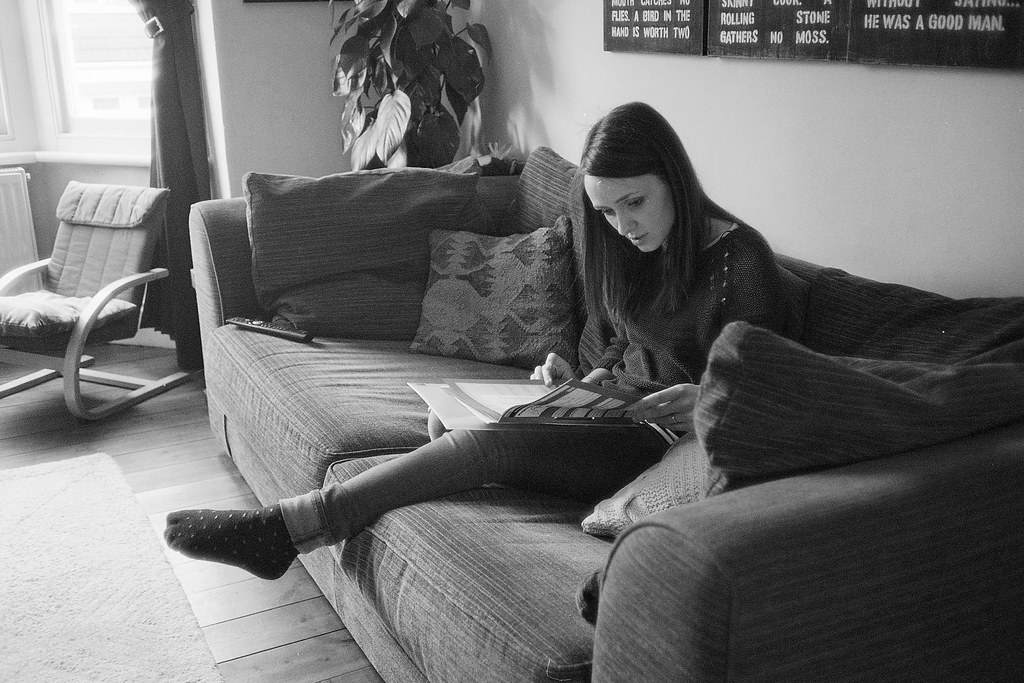 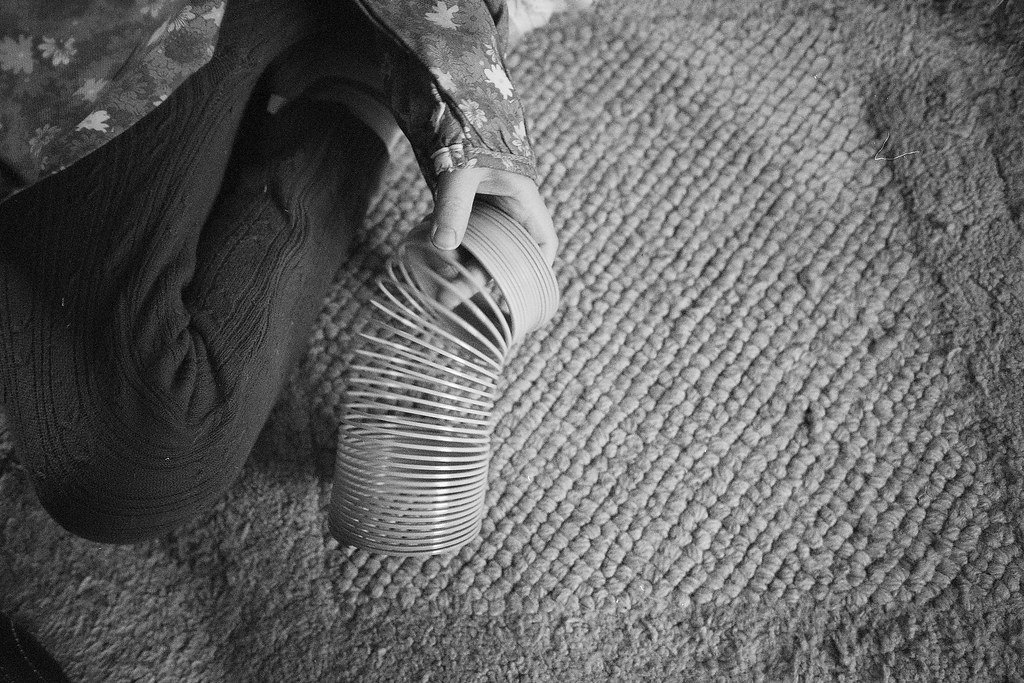 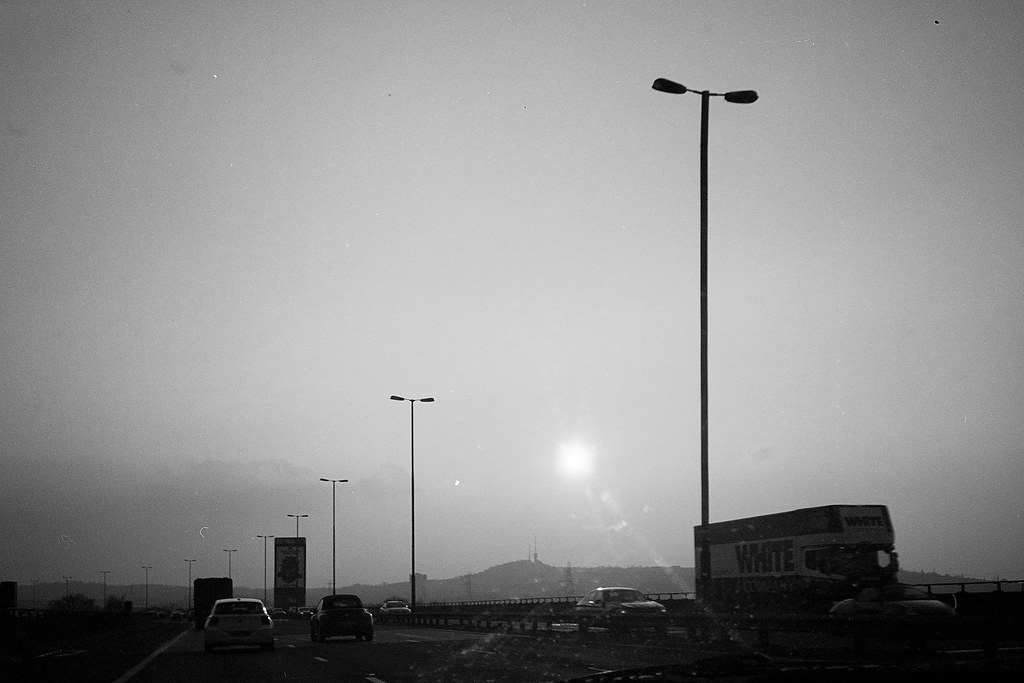 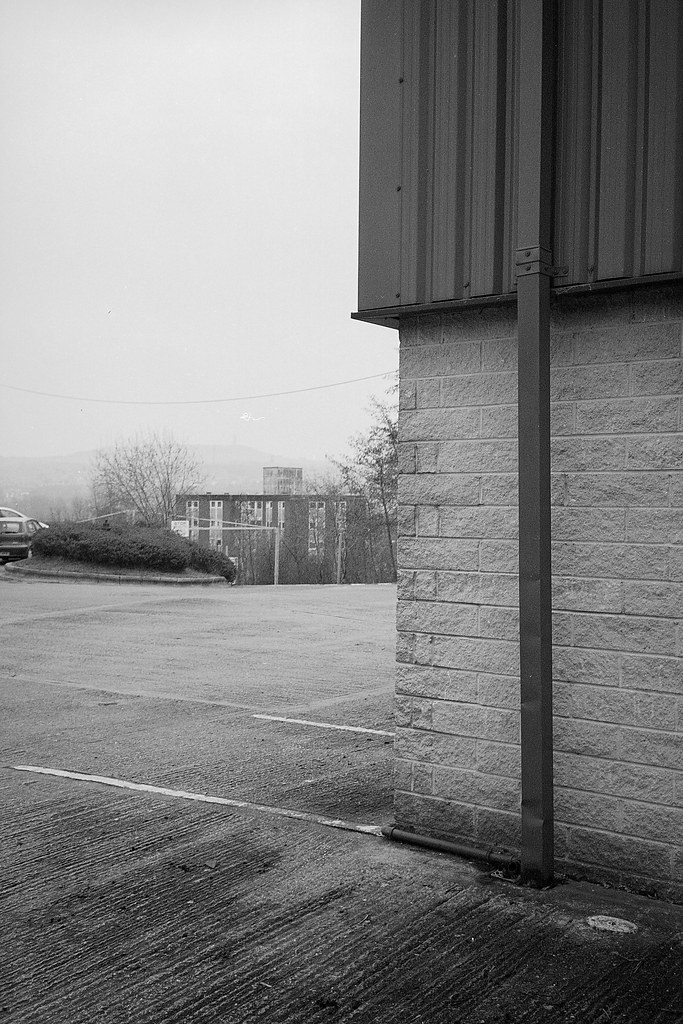 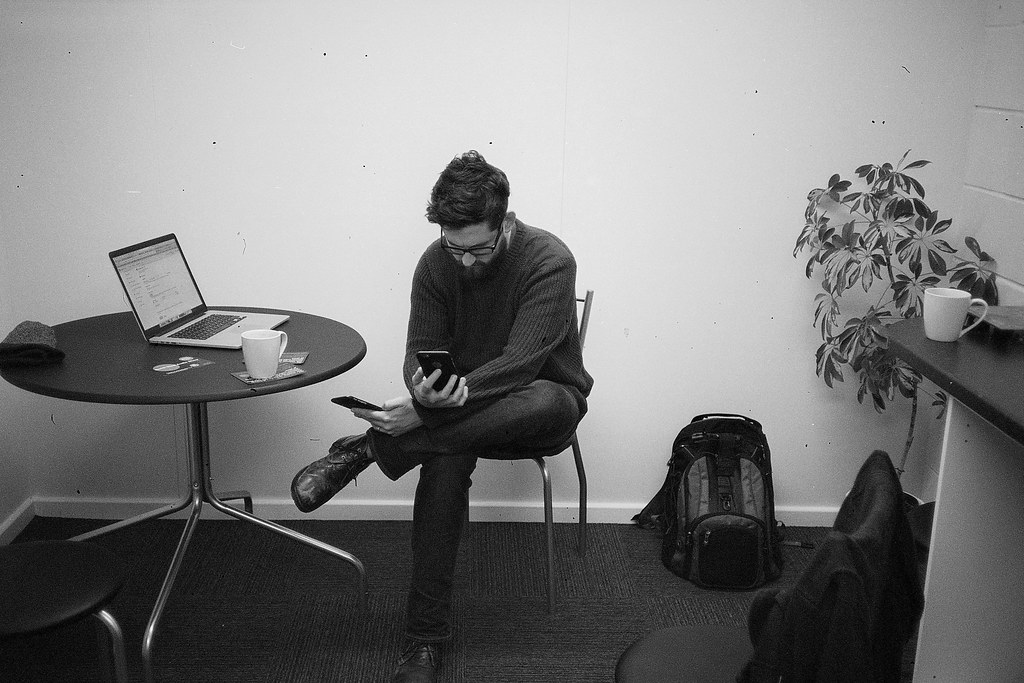 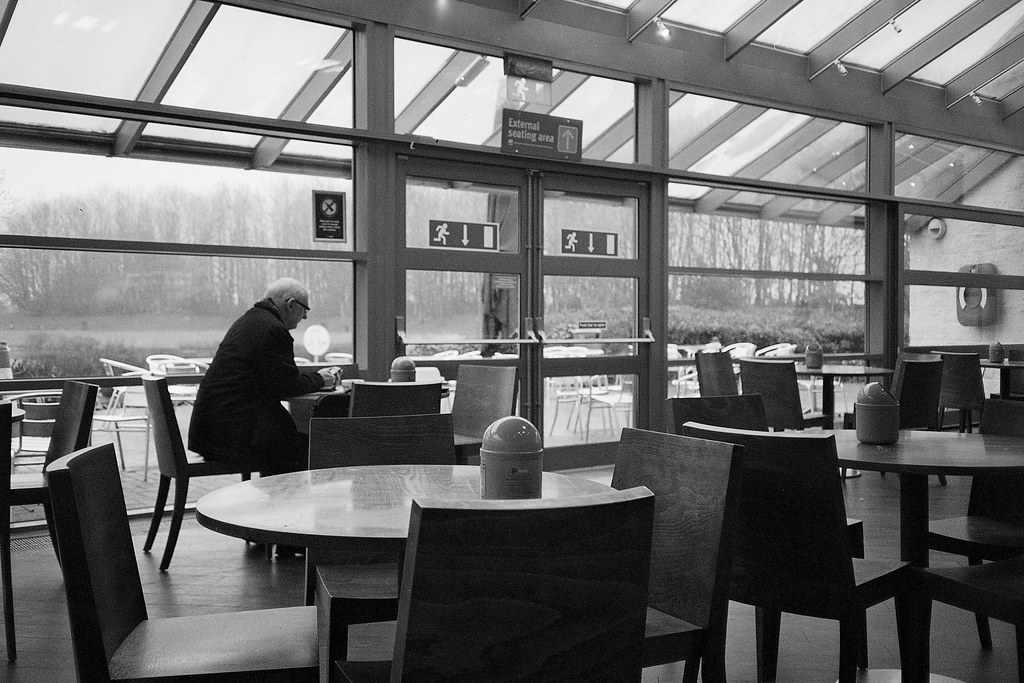 My conclusions on the Nikon AF3

It’s a very simple camera with a pretty decent lens that takes decent photos with very little fuss. It’s not perfect, it makes a racket and it a bit big, but those negatives are balanced by its simplistic approach to flash and the joy it brings through the sense it gives that you can just point and click with little thought. In short, if you asked me for one sentence about the Nikon AF3, I’d tell you, it’s pretty bloody basic, but it’s not without charm!

The rest of the roll on flickr here
Some reference material on mir.com