Practice [and not a New Camera] Makes Perfect!

There’s a lot to be said for practice when it comes to manual focusing cameras. Unfortunately, it’s fair to say that practice is something that I’m completely out of when it comes to focusing manual SLRs. I realised this after scanning a roll that I shot with an Olympus OM10 last weekend, and finding my hit rate to be quite low. But whilst the experience was quite frustrating, it also made me reflect on how we respond to these sorts of failures, and how we too often blame our tools.

A few years ago I discovered that my right eye had failed to the point that I could no longer critically focus a manual focus SLR camera. I’d bought myself a Nikon FM3a and a 50mm f/1.2 lens. At the time, this was pretty much my holy grail combination. I’d been a collector of Nikon cameras and had coveted both camera and lens, yet when I got my hands on them, I quickly realised something was wrong.

Though my Nikon collecting peaked around the time I was working in a camera shop over a decade back, I’d actually started writing this website by the time I bough this Nikon combo about 5-6 years ago. In that interim period I’d been shooting more rangefinder cameras, then more digital cameras, and eventually the compact 35mm cameras that had me enthralled enough to see me start this website. Because of this, I’d not really noticed my eye failing. So when I did, it was a bit of a shock.

I tell the full story in this post from back in 2013, but the abridged version is that I sold the Nikon and bought a Leica M7. I’d found that rangefinder focusing was slightly easier with my right eye and of course perfect with my properly-functioning left eye. Moreover, framing with a rangefinder with my left eye just about worked for me, whereas framing with an SLR and my left eye didn’t. For one reason or another, the view through an SLR viewfinder just didn’t make sense with my left eye, but because rangefinders have frame lines I could make better sense of the framing. I’m sure this doesn’t make much sense to some, but if you want to get an idea of where I was coming from, try putting any camera up to the eye you don’t use. Feel unnatural? To me the rangefinder was the best compromise to work with this unnatural feeling. It was this that I used to justify the purchase of the Leica M7. 5-6 years later, I’ve had a lot of practice framing with my left eye. I don’t use it all the time, but when focus is critical I do, and as such, I’ve become much more used to using a camera held to my left eye. I’d never really thought about how this might affect my abilities with an SLR until I picked up my Nikon F2 about a year ago and used it for shooting some unremarkable architecture. I used my left eye, and low and behold, it didn’t seem to feel as confusing as I remember it had when I’d had the problems with my FM3a. In these years since then, I’ve just been training my brain – or more specifically – I’ve practiced and have become better at it.

Following on from this, I decided I would take some baby-steps back into SLR photography. I initially went at it via an autofocus camera and – to a certain degree at least – I enjoyed it. Though I still remained somewhat sceptical about my ability to focus a manual SLR properly. It was at this point people started recommending that I tried an Olympus. I was told by a good few people that they have huge bright viewfinders that are very easy to focus. In response to this, I borrowed my mates Olympus OM2n. But after a roll I shot in it went wrong – leaving me with very little to show for the experience – I gave the camera back.

One thing that stuck with me though was the enjoyable experience I’d had shooting the diminutive 100mm f/2.8 Olympus lens. I like small gear and I quite like shooting with a short telephoto lens, so the OM2n and 100mm f/2.8 definitely held some appeal. I even told its owner that I’d like to borrow, or perhaps even buy the lens off him if he’d be willing to part with it. Then, a few weeks ago, I found an Olympus OM10 with a 50mm f/1.8 in a pawn shop in town. The pair was on the shelf for £35, a bit of a bargain these days – especially since it’s practically in mint condition. So, knowing I’d like to shoot the 100mm again, I bought it. A few weeks later, I visited my friends house for his daughters birthday party and had him dig the lens out. All excited, I shot most of the roll there and then – some with the 100mm, and some with the 50mm – just leaving a couple of frames which I shot of my works mates on Monday morning.

I’d love to say that I was feeling confident, but I must admit, I sent off the roll with some trepidation. I’d not found the experience of shooting this manual focus SLR to be as smooth as I’d like. Now, I think of myself as a fairly confident, or at very least competent film camera user. Not only this, but I have long overcome any of the concerns associated with shooting in anyway manually. Yet, trying to focus with either the 50 or 100mm lenses, I found it quite difficult – really difficult in fact, and in no way intuitive. This was a bit of a shock given that I used to have, and regularly shot with, a stack of manual focus SLRs with no problem at all.

These days though, I’m used to my rangefinder cameras. I put them to my eye with complete confidence. Rangefinder cameras are familiar, they feel right in my hand, I know what to expect from the viewfinder and more specifically, I know how to focus them without really even thinking about it. There’s something akin to a muscle memory when I use them – it feels like my eye, hand and brain are in complete cooperation with the function of the camera. I am able to focus with what feels like little more than gut instinct. The result of this is a high hit rate… at least in terms of focus.

With the Olympus, there was none of that. I could use my left eye to frame happily enough, I can even cope with seeing a blurred view though a viewfinder – I’m used to that from using my mirrorless cameras for work. What I’m not used to is having to focus with a split prism focusing screen. I wonder if this is just something that I’ve never done with my left eye, or if it’s just a product of having not shot an SLR since my FM3a, and for a few years before that, with any other manual SLR at all. Either way, it really bloody shows in the results! I won’t show them all, but having counted, I can tell you that of the 29 shots that were critically focused, 8 are in focus. 8! This is not the sort of hit rate associated with someone who thinks of themselves as a competent photographer. Especially when some of them look like this: 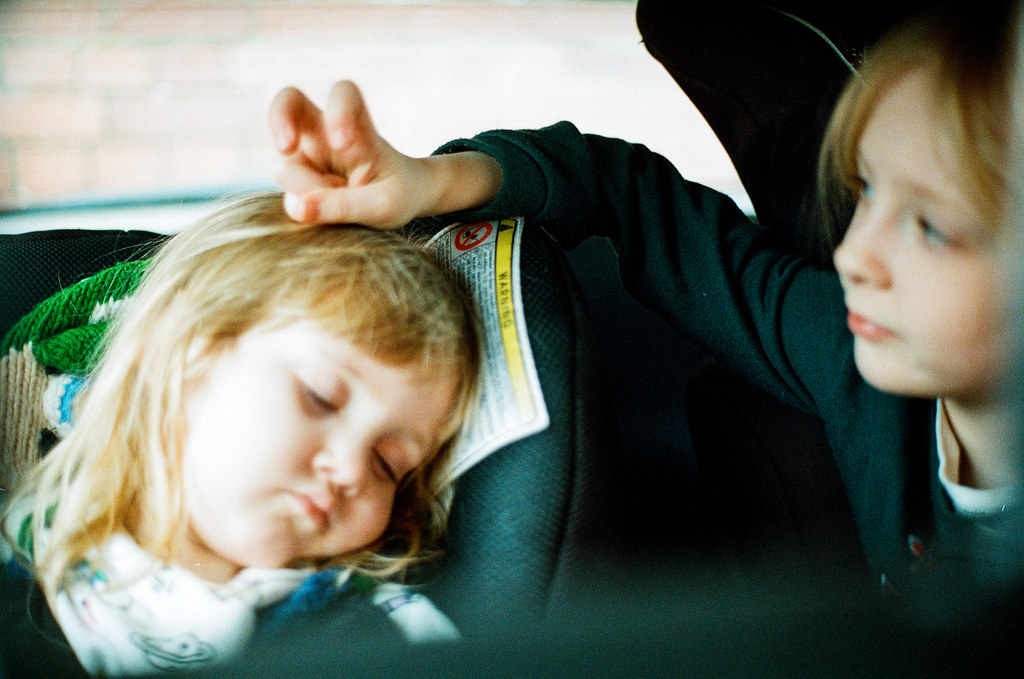 But I suppose, there’s no surprises here really. I’ve not done something for ages, so I’m out of practice, and as such I’m not very good at it anymore. Finding this, really made me reflect on the importance of familiarity with a camera, or even just a type or feature of a camera. As photographers, we often chop and change cameras looking for the right or better solutions. When in reality, what makes us better with the cameras we choose is simply spending more time with them.

How often have you read online someone talking about how much better they get on with one type of focusing system over the next? Yet, none of us are born with innate ability to focus using a split screen. We learn how to use these things, we practice and we get better. I once learned how to use a split prism screen to focus, then over time those skills have left me. Instead, I’ve learned how to use a rangefinder. If I want to be able to focus a 100mm lens (or even a 50mm for that matter) with an SLR, I just need to practice again. 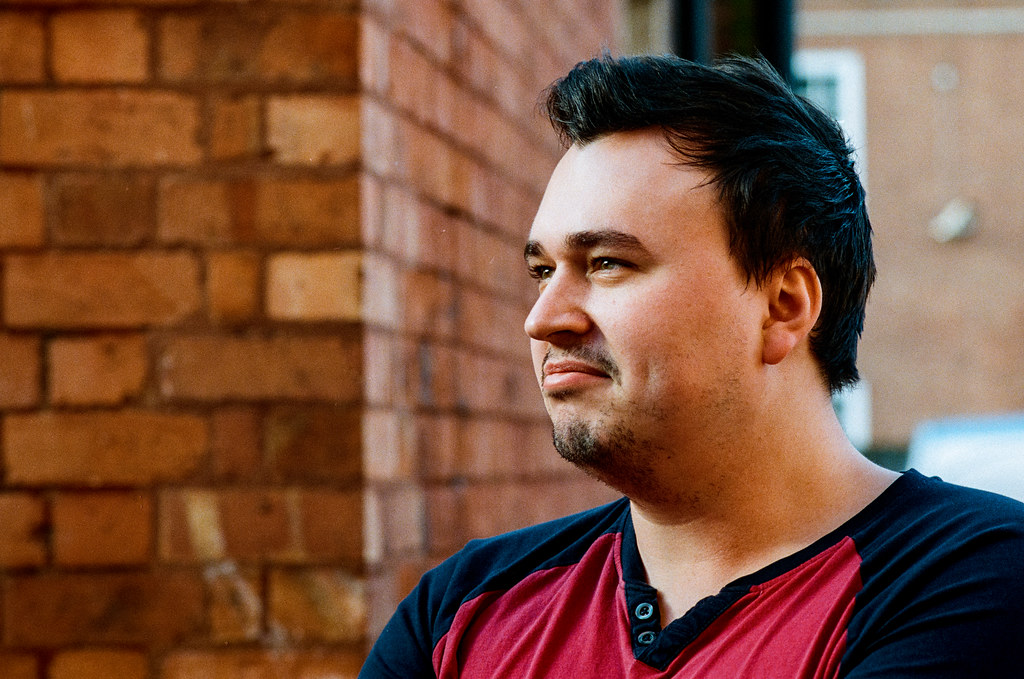 The only shot taken with the 100mm that I nailed – there is a lot of potential in that lens!

Yet, when I talked about this on social media, the response from almost everyone was to suggest I try a different camera. The OM10 viewfinder isn’t as bright or as big and easy to focus with as an OM1, so maybe I should try one of those instead…? This is all too often what happens when we talk about our experiences with cameras online – the problems are pinned on the gear we use. I suppose this must be down to the fact that it’s much easier to try and find a solution in a new bit of gear, rather than face up to the fact that we just need to try a bit harder with the camera we already own.

At this point I should say that I’m in no way being critical of the people who tried to help me on social media (especially since one of them has offered to loan me his OM1…). I guess I could take it as a compliment that so many people would assume that I’m competent enough that it must be the camera, and not me at fault. And apart from anything else, I also very often give people advice about cameras, so it’d be pretty bloody hypocritical if I was to belittle those who tried to help me.

I just think that with all these types of conversations so frequently going on – especially on social media where the context just doesn’t fit in to 280 characters – we probably owe it to ourselves to acknowledge the fact that when we fail at photography we should probably first look at our own abilities before we we try and fix the problem with a new bit of kit. Of course cameras are sometimes the root cause of failure, but the proportion of failures based on a lack of skill is likely much, much higher. Despite this, the rate at which we seem to blame our tools, and not ourselves, doesn’t seem to match those proportions – not by a large margin!

In short, as the old saying goes: practice [and not a new camera] makes perfect!