In my rundown of great but very different cameras you can buy for the cost of a takeaway, we’ve had some belters. In the first 5 we had a great rangefinder, a 50’s classic, 110 lomo hero, a pocket wonder and a killer AF zoom. But if they didn’t wet your whistle, here are 5 more very different cameras to consider.

Our original 5 cameras are IMHO great but may not have been to your tastes. These next 5 include one of the first mass market cameras right up, a camera still in production today and arguably the best selling camera of all time.

Again these are all cameras sell often for less than a tenner (£10GBP) on sites like Ebay (excluding p&p). I’ve tried to pick another 5 very different cameras that I deem worthy in considering. I could have easily done a list of 10 worthy AF Zooms or great 50’s compacts etc. But what we have here is a very broad church of cameras – going from an ultra high tech bridge cameras to plastic no frills self assembly.

And the best bit is they all cost less than a couple of Pizzas from your takeaway !

The Camera for the People – LOMO Smena 8M These days we think of soviet cameras in terms of  FED and Zorki rangefinders or the hipster LC-A. However the simple Smena 8M outsold these and pretty much every other non disposable film camera ever made in a 25 year production run that went from the peak of the cold war right out the other side of Glasnost.

But why the success and why should you bother with this basic camera aimed squarely at the humble worker ?

It is all down to the absolutely cracking & sharp T-43  40mm 1:4 triplet lens. To cut costs, the lens was bolted onto an really cheap plastic body and uses the same manual shutter cocking system as the first Smena made in the 1950’s. It is scale focus with helpful pictograms and the camera has no metering. However for easy exposure you set the aperture based on film speed and adjust the shutter speed by matching 5 weather pictographs. Of course you can just ignore this and set shutter and aperture manually.

The camera is filter, tripod and cable release threaded. Make sure  it comes with the removable take up spool. You can buy a them online but they stand a chance of costing more than the camera. The Smena Symbol (aka Cosmic Symbol) was a more refined version with a better body and modern lever advance/cocking system. It cost a bit more however. 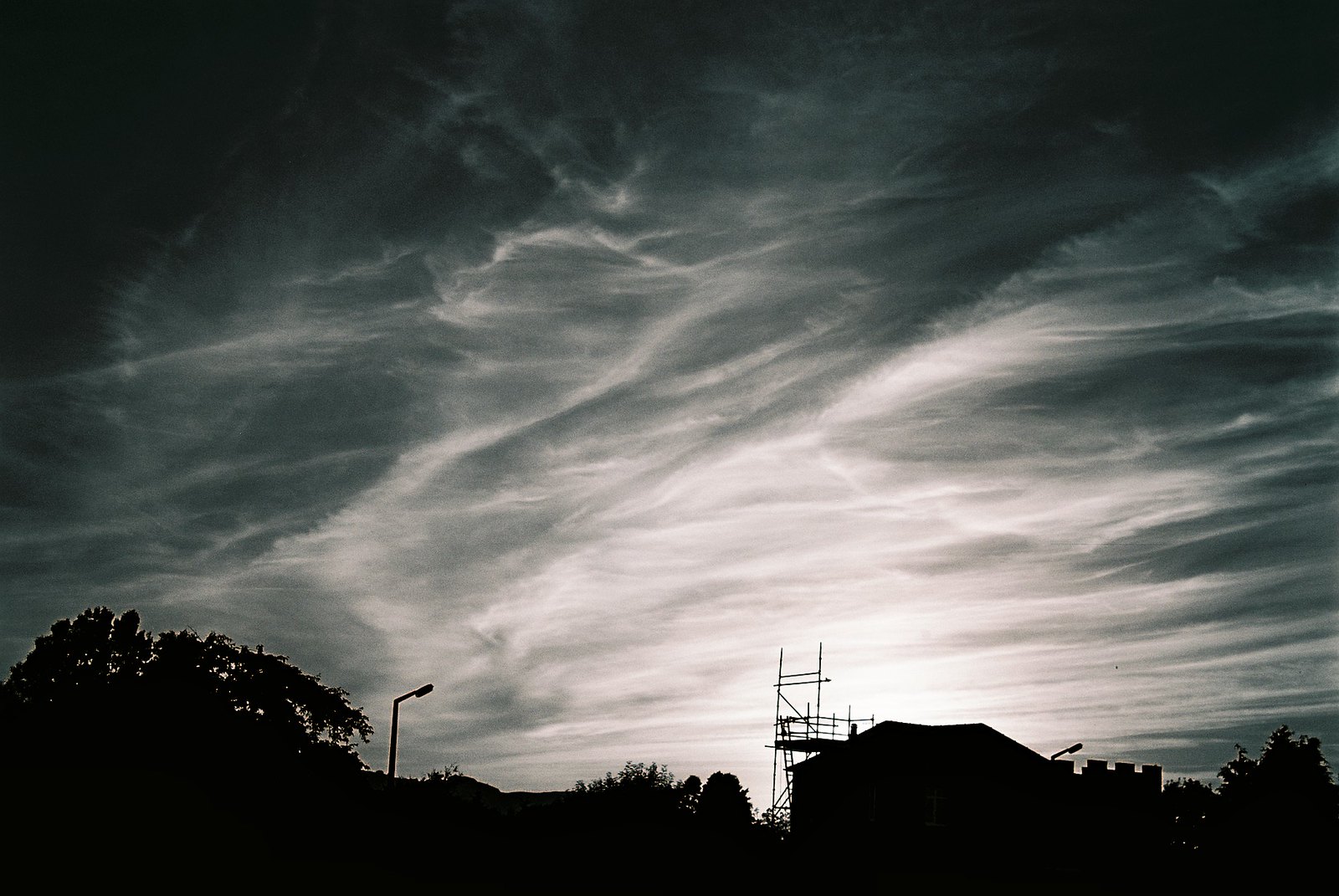 In 1990  a monster all in one bridge camera arrived with the IS-1000 (aka IS-1 or L-1000). This feature loaded compact (and I use that term lightly) with a killer x4 zoom is technological marvel. It is a full frame SLR with a non interchangeable zoom, but what sets it apart is the optics.

The 35-135mm f4.5/5.6 lens  is incredibly sharp and contrasty.  This is coupled with an incredibly advanced matrix focusing system and TTL metering. It is remarkably good in even in low or night light settings.

The diopter adjustable viewfinder is bright and feels positively 21st century with in viewfinder LED display of settings.  The controls are very much like a compact with no command dial and a toggle switch to zoom the lens. A large rear LED dispalys a great range of other options. You have the choice of auto, aperture priority and manual exposure modes. Focus gives the choice between the matrix ‘ESP’ mode, spot focus and button adjusted manual. There’s also a EV +/- 4 adjust and powerful built in TTL flash. You can also splash out for the fantastically advanced G40 dedicated flash that works in sync with the on board one (but you’ll pay more for that than the camera).

The best bit is it sells regularly for less than a tenner (at the time of writing 2 had sold for just a quid in recent weeks on Ebay!!). But is it a compact ? 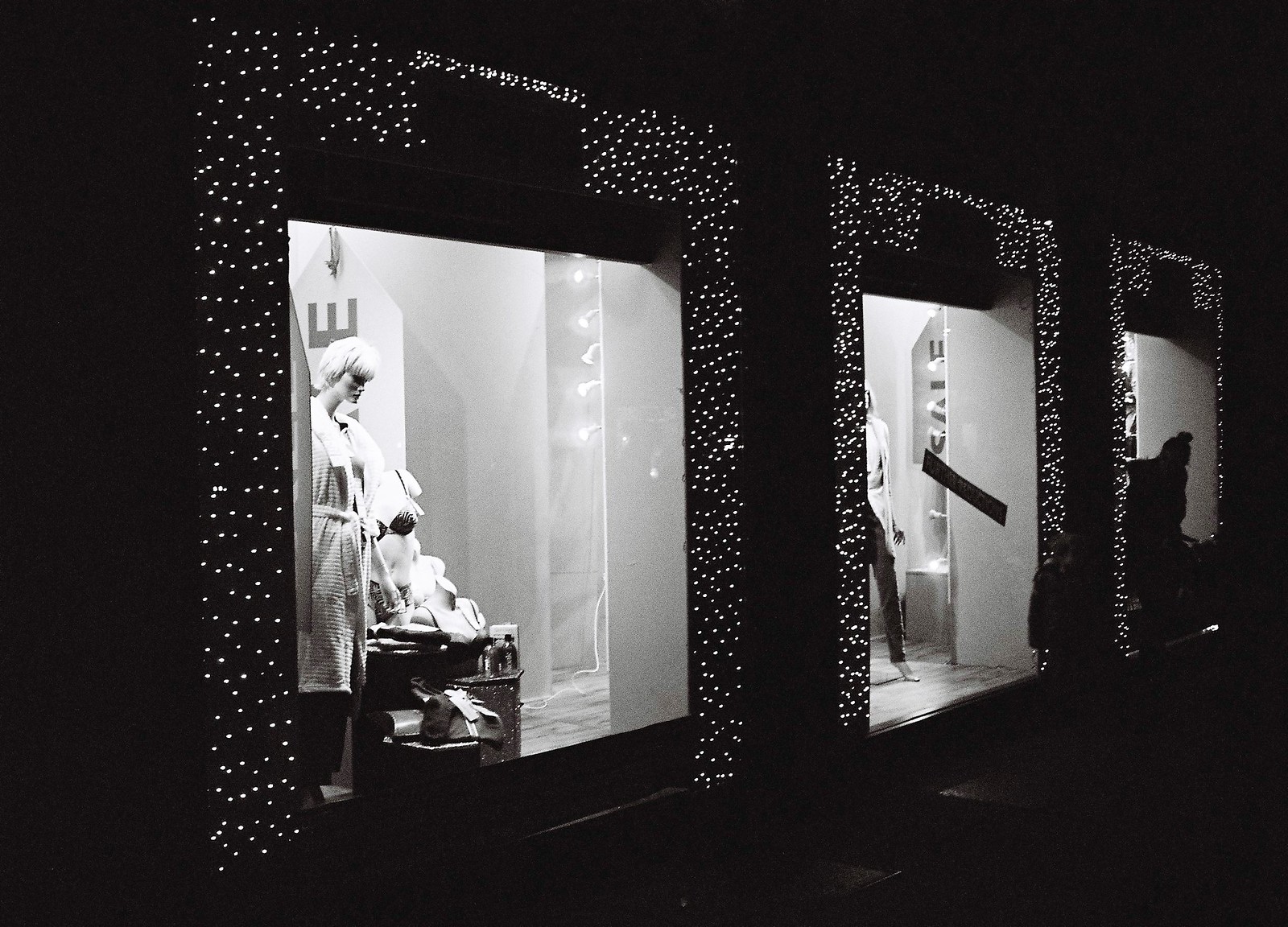 Vintage Personified – The Kodak Brownie No. 2 You can’t get much more vintage than a camera which launched in 1901, the year Queen Victoria died. It is the oldest Mass market Point and shoot camera that you can still use today. It is also important as the camera that gave us the 120 roll film format.

In a 30+ year production run millions were made. Most found today are the more durable metal bodied model F. But even with the model F there is a degree of collectability with various special editions and colours. 3 notable variants command a reasonable price, the gorgeous Art Deco fronted Beau Brownie No. 2, The Boy scout version and the Portrait No. 2 (with extra lens)

But the bog standard one can be got for a few quid !! That’s criminal as although a very basic, it oozes charm.

The shutter button is a lever that you move either down or up (not both as you’ll get a double exposure). The shutter blade sits in front of the fixed focus meniscus lens neatly acting as natural lens protector. There are 2 pull up sliders. One adjusts between 3 apertures and the other moves from normal to timed (aka bulb) mode. You literally shoot from the hip using 2 reflective finders. It guzzles film with a 6×9 frame size (8 shots a roll). Image quality is what you’d expect from such a simple lens and actually not too bad (got me an explore).

But there is something very pleasing about using such an old camera. Not compact by our standards but in 1901 this was as small as you could get. 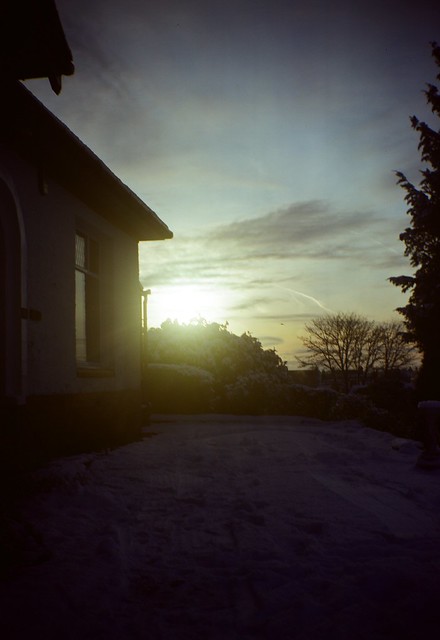 I made this ! – The Recesky TLR DIY Camera Okay this might be my hardest sell to you. But before you scroll on to number ten wait! This is soul soup in camera guise.

The Recesky (also sold under dozens of guises like GakkenFlex) in terms of this list ironically manages to be the most expensive camera and optically the worst (even the Halina Micro 110 shoots more sharper). It also is the only in production camera.

Simply you make it and yes it really is a fully functional TLR that does focus. Okay so the viewing screen is pretty awful, the plastic feels flimsy and is prone to light leaks and the lens seems to have been designed by a blind goldfish. But there is something quite nice about sitting building this and actually using it. It is a great one to do with kids and unlike other DIY kits like the Lomography Konstructor it isn’t that hard to put together (and it is a lot cheaper).

There’s no controls in the routine assembled versions other than focus and the single shutter speed.  There is a quite a cult following for these and it does mean a lot of mods are described out there (and easy one is to not to fit the f/11 aperture ring, leaving the lens  about f/5.6). It should only be loaded with 24 exposure or less film

In optic terms this one of the worst lens I’ve technically ever seen. Centrally things are about okay for a plastic lens but things deteriorate rapidly beyond. This might actually be a plus depending on your views on toy cameras. Best shot pretty close IMHO.

But this is really just a nice bit of fun and the results will be better than you expect.  It is also a TLR for a tenner !! 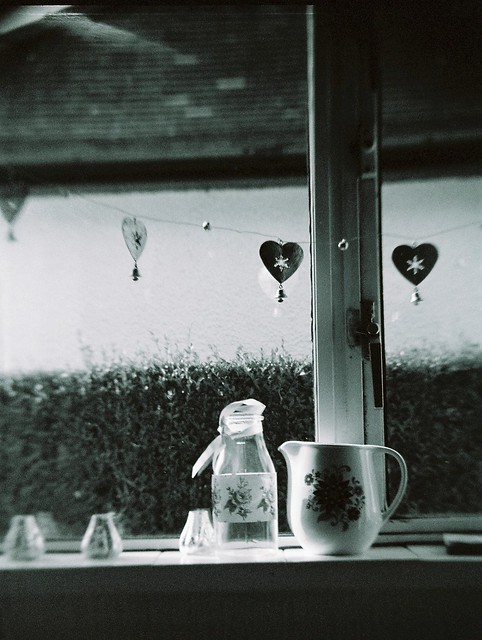 The Boys from Brazil (or Japan) – Yashica ME1 You might be wondering where’s the Olympus Trip 35 ? That classic is just a bit too expensive to meet our list. But luckily you can buy something similar for relative peanuts

The Yashica ME1 was one of several Japanese 4 zone focus compacts in the 70’s. Rangefinder based rivals like the Konica C35V, Chinon 35 and Minolta Hi-matic G  sell for over a tenner. But whilst the ME1 lacks a rangefinder pedigree, it costs just a few quid.

Cost have been cut as the plastic body shows but the camera retains what matters. There’s a sharp 4 element 38mm 1:2.8 Yashica lens matched with a copal shutter. It has a needle exposure display in the viewfinder but this only has marks for over or under exposure.

The camera was made in Japan  and then production started in Brazil in the mid 70’s  (there doesn’t seem to be any difference). The lens is good and whilst not quite in the league of the Olympus Trip, certainly a match for many a rival. 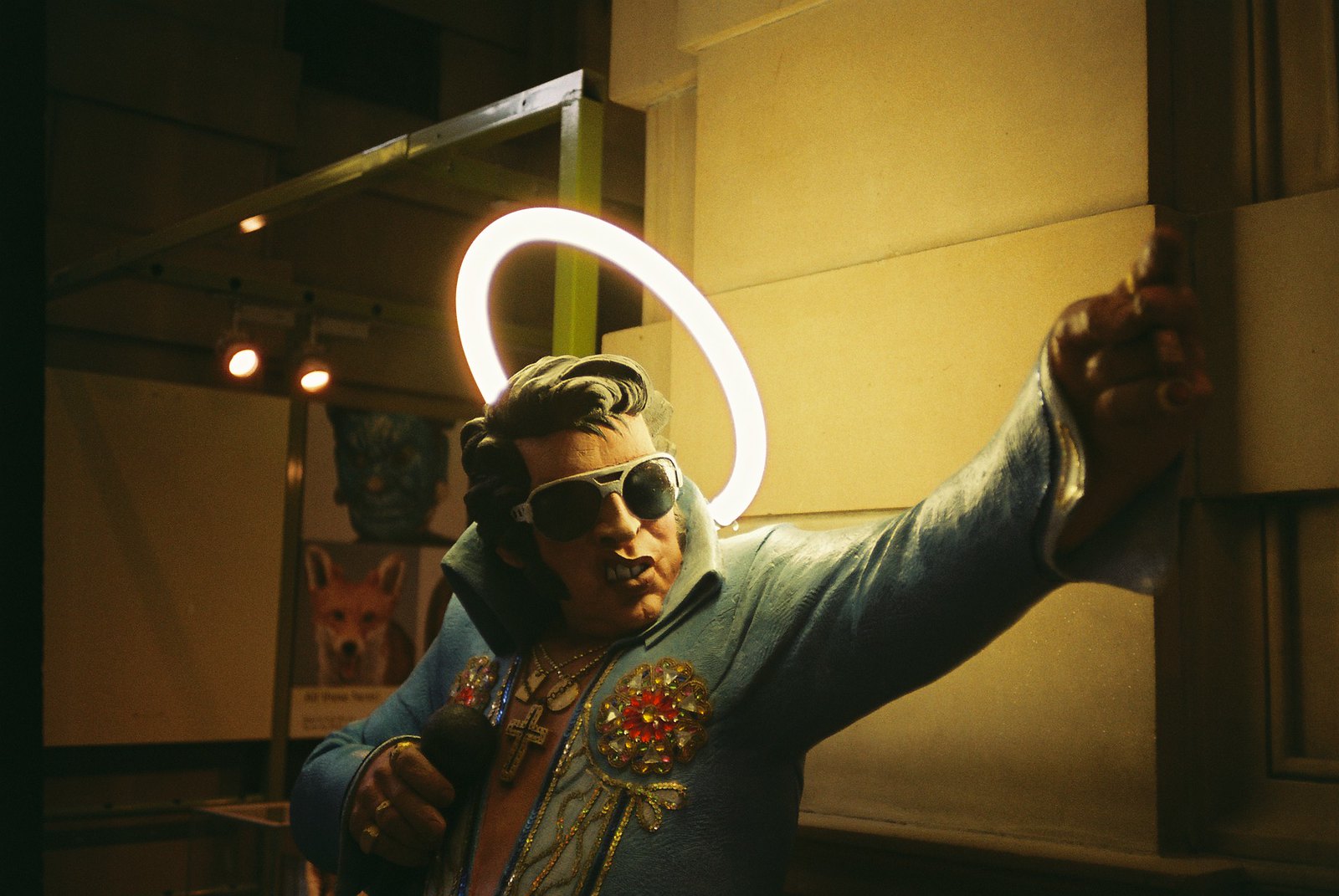 That’s 10 to consider and there are loads that just quite didn’t make the list. These included tons of great but cheap AF Zooms (I could only add one). I’ve left out some good non zoom AF compacts like the Ricoh FF-9 or the Olympus OZ-10 (AF-10 mini) as for me they just can’t quite match the zooms. There are a shed load of classic 50’s & 60’s West German Viewfinder cameras that could have gone in too including the lovely retro Ilford Sportsman (made by Dacora). There are also some lovely examples that show  the development of the camera like the 1950’s autoexposure but not so compact Fujica 35 Automagic.

But what do you think and what have I missed ?