Psst!! Wanna buy a classic camera for less than the price of a Takeaway Pizza?

Don’t panic and run! This isn’t some dodgy knock off deal or the garage sale find of the century time. You can literally buy with relative ease a great camera with heaps of Kudos for less than a tenner. I’ve been a fan of picking up cheap but great cameras as my blog at Canny Cameras shows.  Here is 5 of ten great but very different cameras that you can easily get for a tenner or less (bar p&p) on the likes of Ebay.

What we have is a list of cameras that are sublime in some way or another. The goal here is to list 10 great but very different cameras. I could have easily made a list of quite specific niche cameras like 70’s Japanese compacts but the 5 cameras listed here and the 5 in the next part are all very different. We go from high end zoom compacts right through to things you might have once found in a cornflakes box. We list several iconic cameras that have historical significance. And the best bit is all of ’em cost less than a tenner !!

Attack of the Clones – The Chinon 35EE The Konica C35 was one of the all time classics rangefinders from the 1970’s. With auto exposure and a great lens,  it was a huge hit. The C35 still commands a bit of money. However several rivals made near identical clones which are much cheaper but almost as good.

The Chinon 35EE is one of those.  With a negligibly faster f/2.7 lens, it is optically almost as good as the Konica. It also has a clear focus square in viewfinder that works even on sunny days. Best of all thought is the price. I bought mines for 99p  and you should expect to pay no more than a tenner.  A bargain for  a brilliant 70’s auto-exposure compact rangefinder.

Other marques like Cosina and Vivitar made similar well regarded clones of the C35 that you can pick up cheaply.  If you want more control, the Ricoh 500RF & 500G offer shutter priority and metered manual modes in the same sized rangefinder package for a little more. 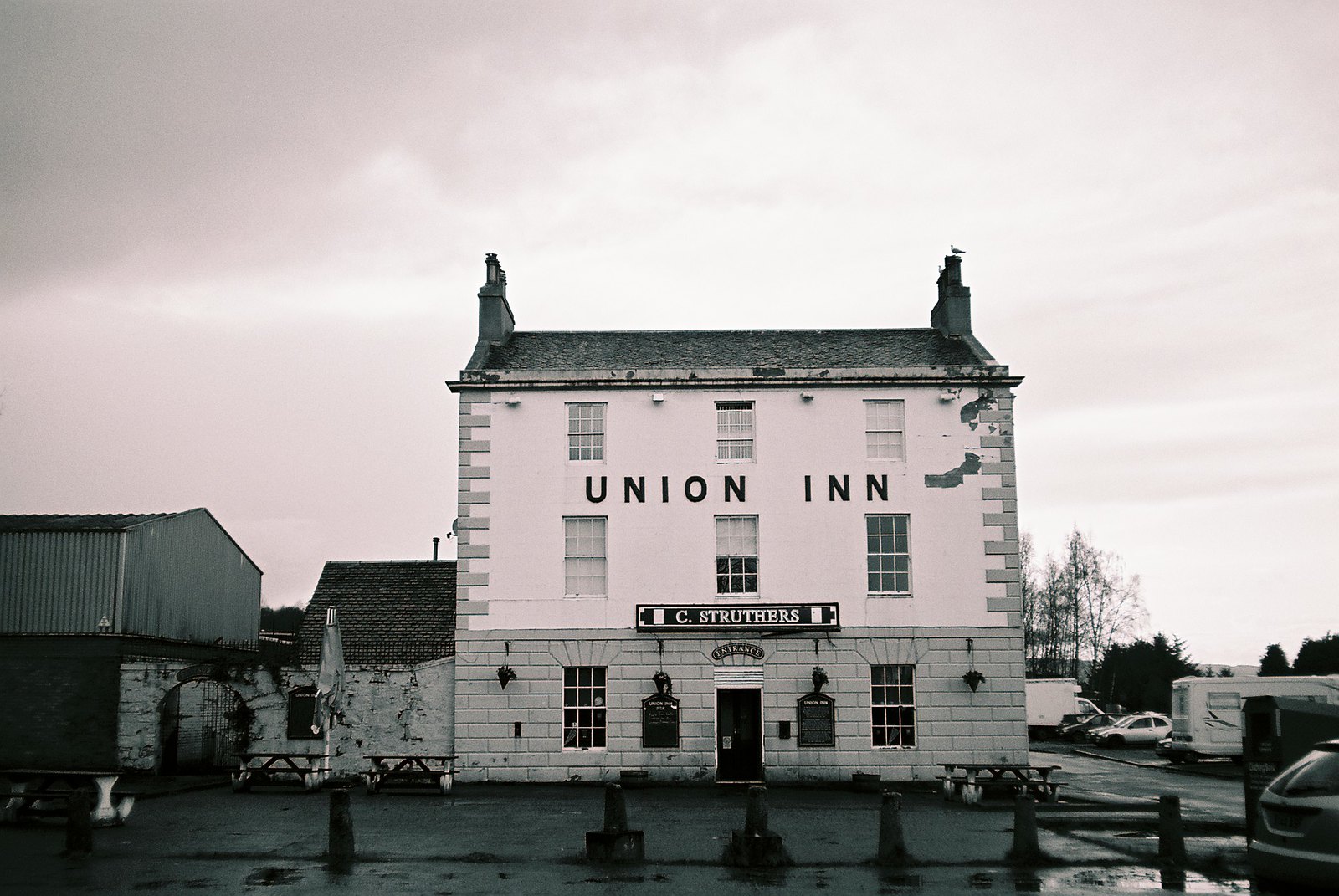 One cam in my pocket – the Olympus XA2 The 1980 XA2 is a fantastical ultra compact pseudo zone focus camera that flourished despite the arrival of AF. Developed from Yoshihisa Maitani’s XA – the classic ultra compact rangefinder, it was sought after and sold well due to rugged ultra compactness. But whilst a XA still fetches £40+,  the XA2 can be picked up for around a fiver.

A much loved pocket or second camera to many, it rightly has a cult following. However it is incredibly cheap to pick up. In part due to the numbers made. However it also doesn’t carry the same hipster mystique as the currently much more expensive Lomo LC-A (ironically once  a cheap copy of the XA2 rivals – the  Cosina CX1 & 2).

This is a great street camera that you can easily pocket. However bear in mind it only uses a weak proprietary mount flash unit and the shutter membrane with age is prone to becoming less responsive. Optically it sharp but given the small size not without compromises. 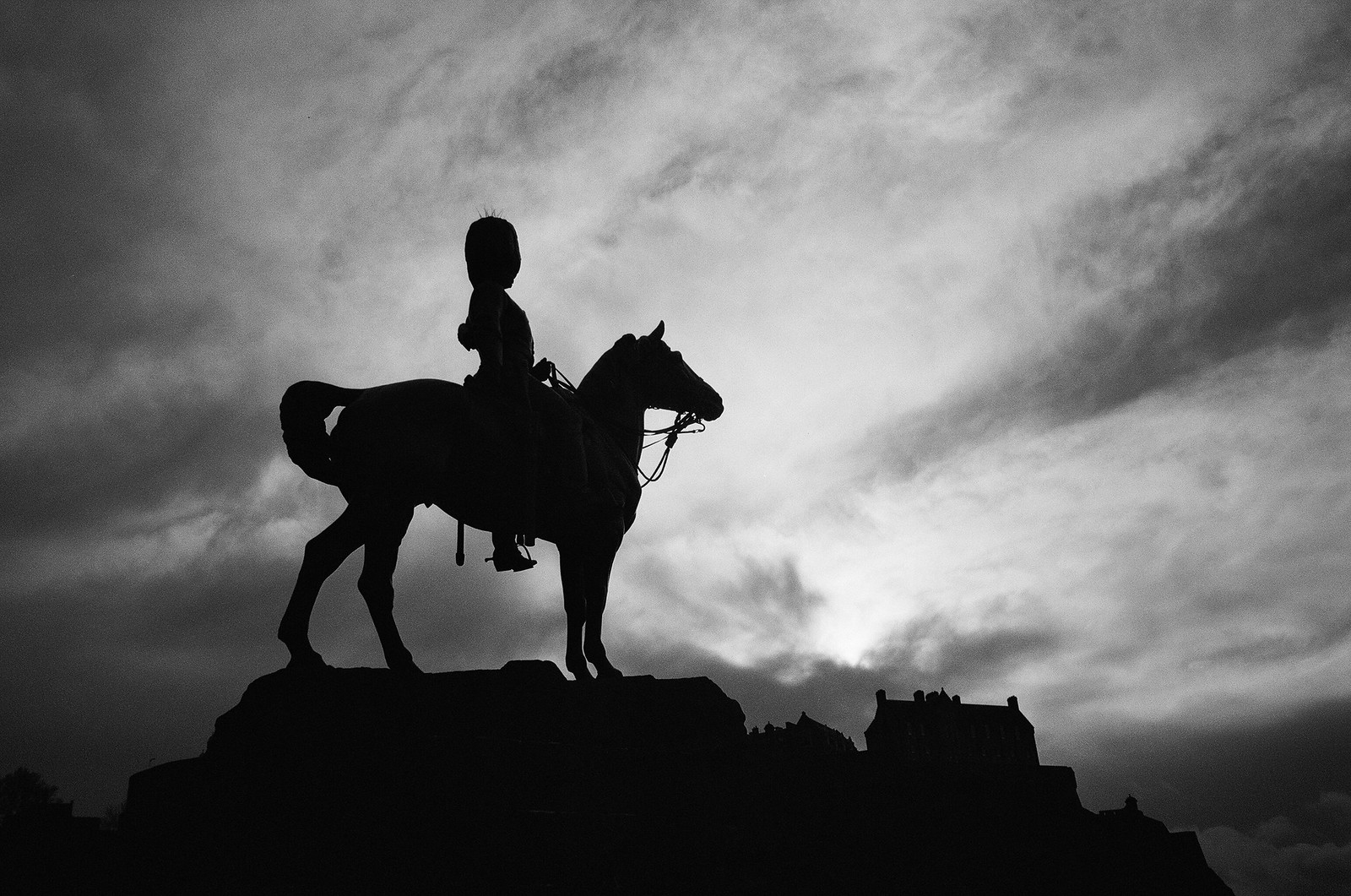 If you are reading this Hamish has forgiven me for foisting the Halina Panorama on him. This shouldn’t be here on several counts. The Halina Micro 110 is a plastic Halina that looks like it came in a cornflakes box in the 1970’s. There’s  no controls or settings. It also uses 110 film and clipping that in makes you worry about snapping it.

All of that is true but bear with me….

…the lens actually works out as not that bad. About a 1/4 the size of a 35mm frame, 110 is never going to be the sharpest. Even with quality multi element glass P&S 110 cameras, there’s a degree of softness and graininess. But the micro is not that far behind despite a basic plastic lens. Actually that lens is better than some 110 cameras out there (Lomography Diana Baby 110 I’m looking at you). Your killer camera this ain’t but it will bring a smile to your and others faces.

Bear in mind 110 film is not cheap to process and it is worth identifying a good lab to do it (can be shocking in the wrong hands).  But if you do the Micro 110 is a joy. 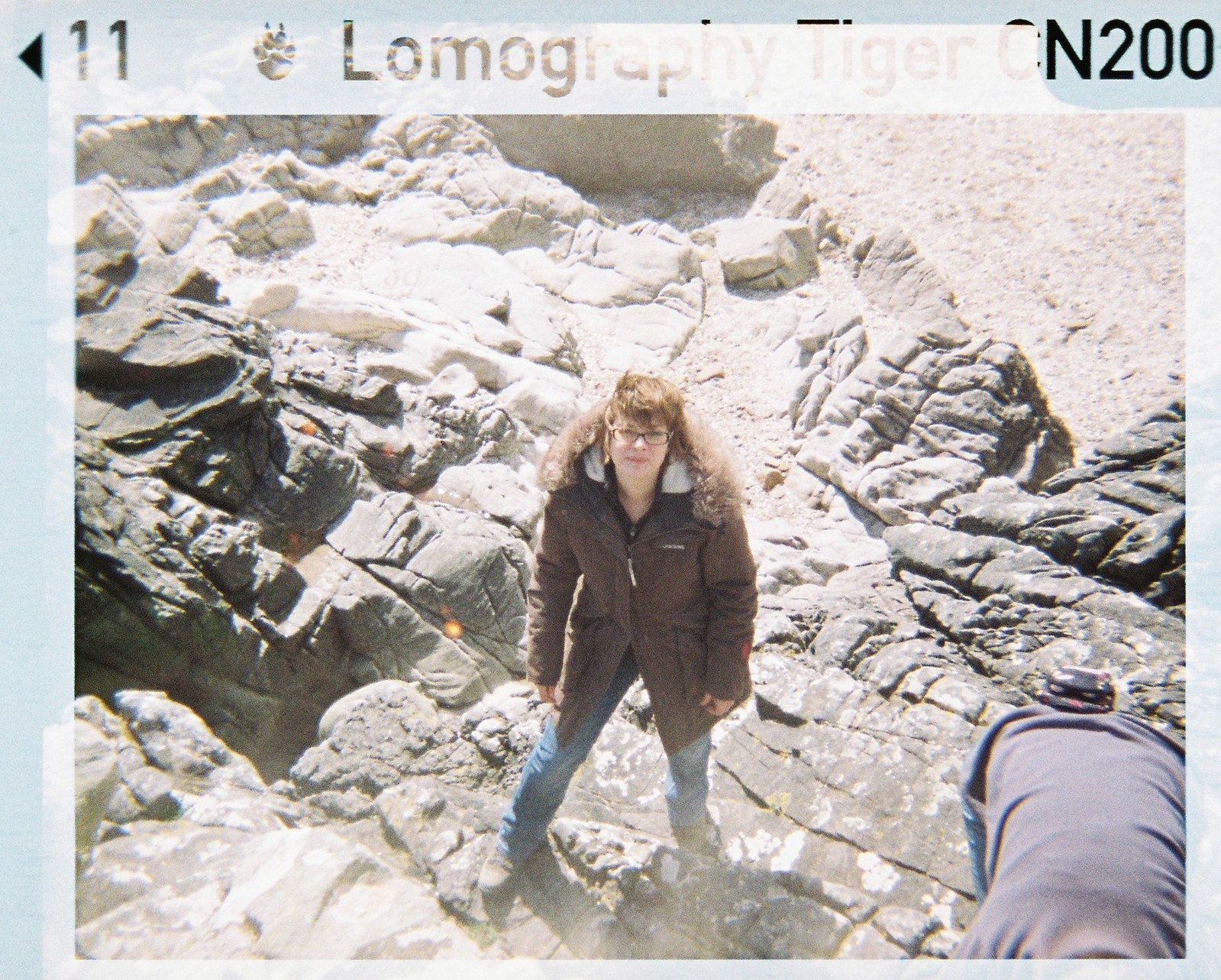 Shot taken on Halina Micro 110 with Lomography Color Tiger CN200. The orange dots are a fault of the Lomography film not the camera. Like Carlos Argott who recently reviewed this on 35mmc -I am highly impressed with the gorgeous 1A – One beautiful vintage camera that is matched with a good and f/2.8 fast triplet lens.

One of several solid body Retinette cameras made from the late 50’s by Kodak’s German division (replacing early folders models from the 1930’s & 40’s). Other models are metered or rangefinder focus but this is a nice, simple unmetered scale focus viewfinder.

Optically the Retinette isn’t bad. For a 50’s lens sharp centrally with only marginal fall off at the edges. Close but not quite in the same  league of the legendary Voigtländer Vito B (a camera that is arguably the finest German viewfinder ever made – shame it cost a load more).

The Retinette is nicely finished and oozes 50’s Germany Build quality. Often pro-sellers look for £10-30 mark but easily picked up for under a tenner 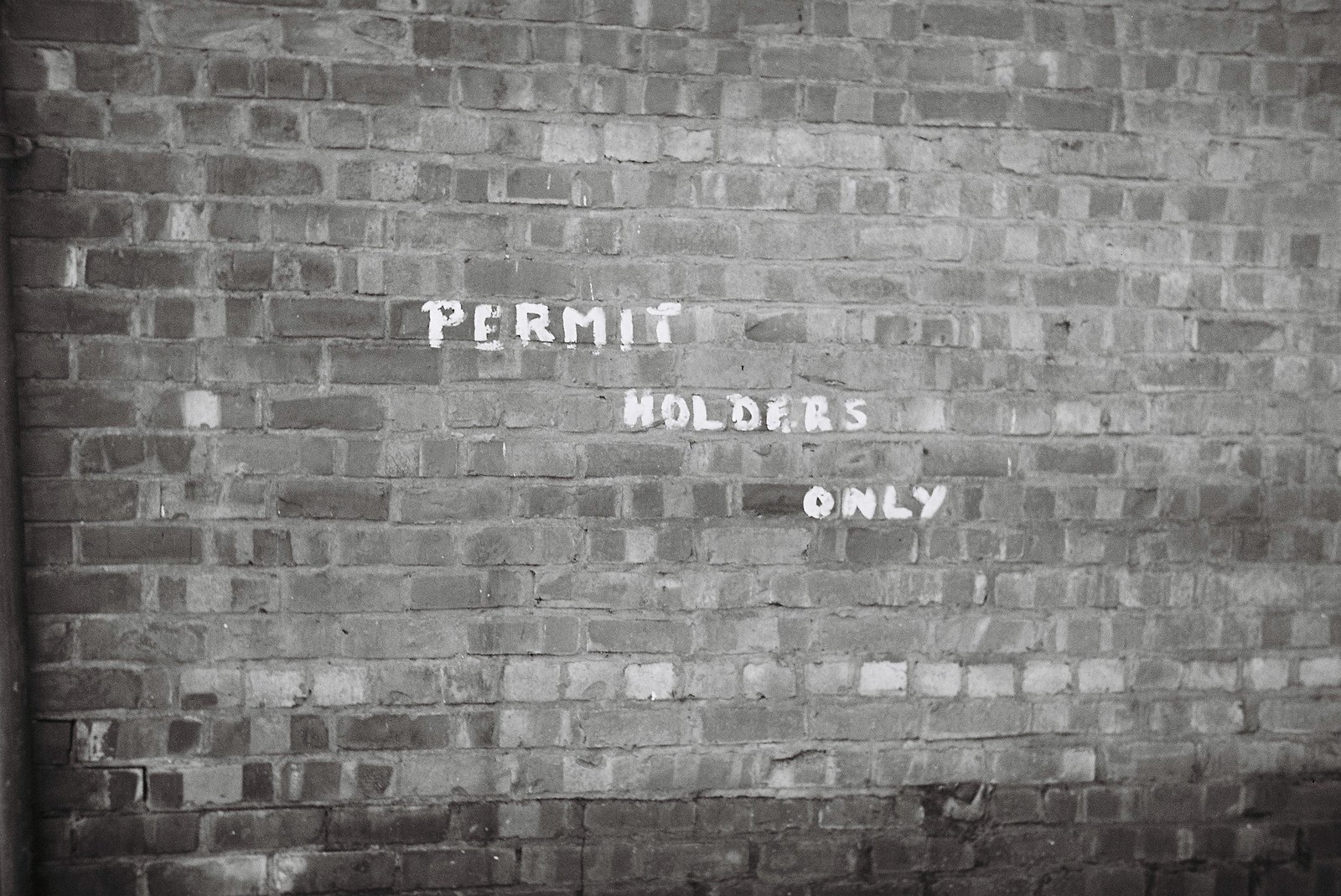 Want one of those Elite classic AF compacts like the Konica Hexar but can’t afford the 3 figure price tag?

Step this way.
Back in the day, AF Zoom compacts were king of the P&S market not their now lauded fixed focal length siblings. Selling more (both in cost and number), these dominated the P&S market.

There are several great AF Zoom P&S out there.  I could have picked out several – from the best  mju Zooms to the new kids on the block like Samsung and Panasonic (see Hamish’s review of the Samsung ECX1 for example). But the 1992 Espio AF Zoom model IMHO is a stonker.

Granted it has a limited x2 zoom and lacks the metal body of  later models like the 120SW (pictured). But it is still a nice looking slab of black plastic not much bigger than newer models. And it cuts mustard optically too especially at the short end of the Zoom. It is an old school single point AF but that’s all you need on a P&S.  As  expected, it does better on near and median distance shots. Long shots, the Achilles’s heel of a AF P&S,  aren’t too shabby either due to the dedicated landscape mode. I’m not going to kid you, this is no T3 beater optically. But it really isn’t that bad and mines cost me less than a can of Irn-Bru. It also comes with a host of modes and settings including a genuinely useful back light exposure compensation. 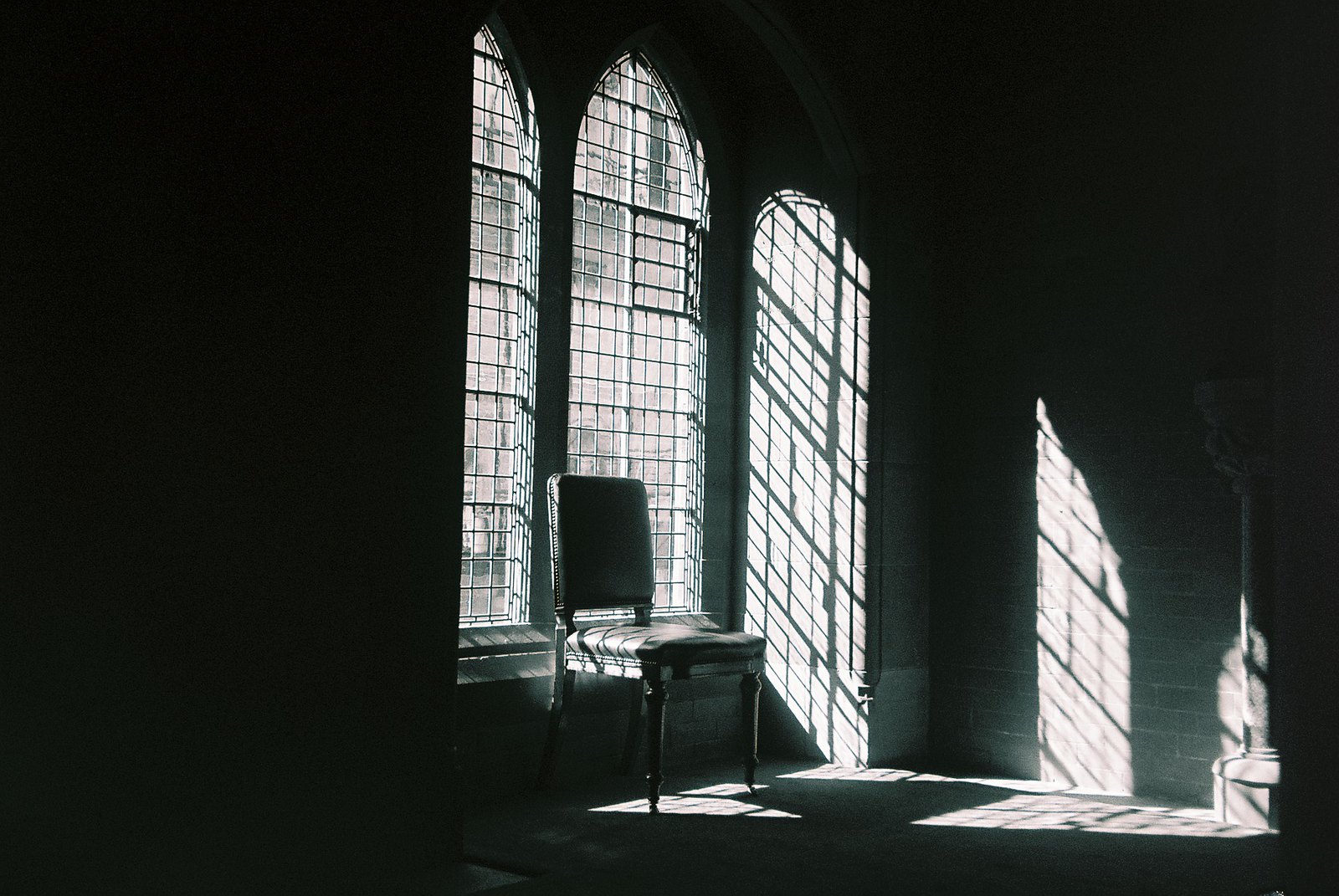 5 to consider but even if you don’t find joy, there’s 5 very different cameras to come. Including a camera that is over a century old and one of the best selling non disposable 35mm ever made.

In the meanwhile, don’t forget to have a look through my website – Canny Cameras