Olympus AF-10 Super or: Pushing the functional limits of a crap point & shoot. There isn’t a great deal to say about the Olympus AF-10 Super. It’s about as basic a camera as they come. Yet as I’ve expressed in a previous post, there is something about it that I liked, enough at least to attempt to make it better still through a modification. So has this been the start of a life long love affair with an apparent underdog…? Well, I’ll save you the time of reading the whole post to find that out, and say no, it definitely hasn’t – it is a very basic point & shoot with not that much going for it. But the camera isn’t specifically what I want to write in this post. What this over simple camera provides me with is a very good opportunity for quite nicely illustrating something I really enjoy about shooting with compact cameras… Even – and sometimes especially – extremely simple cameras like this one… And that something is seeing just how far outside of a cameras intended functional limits it can be used. 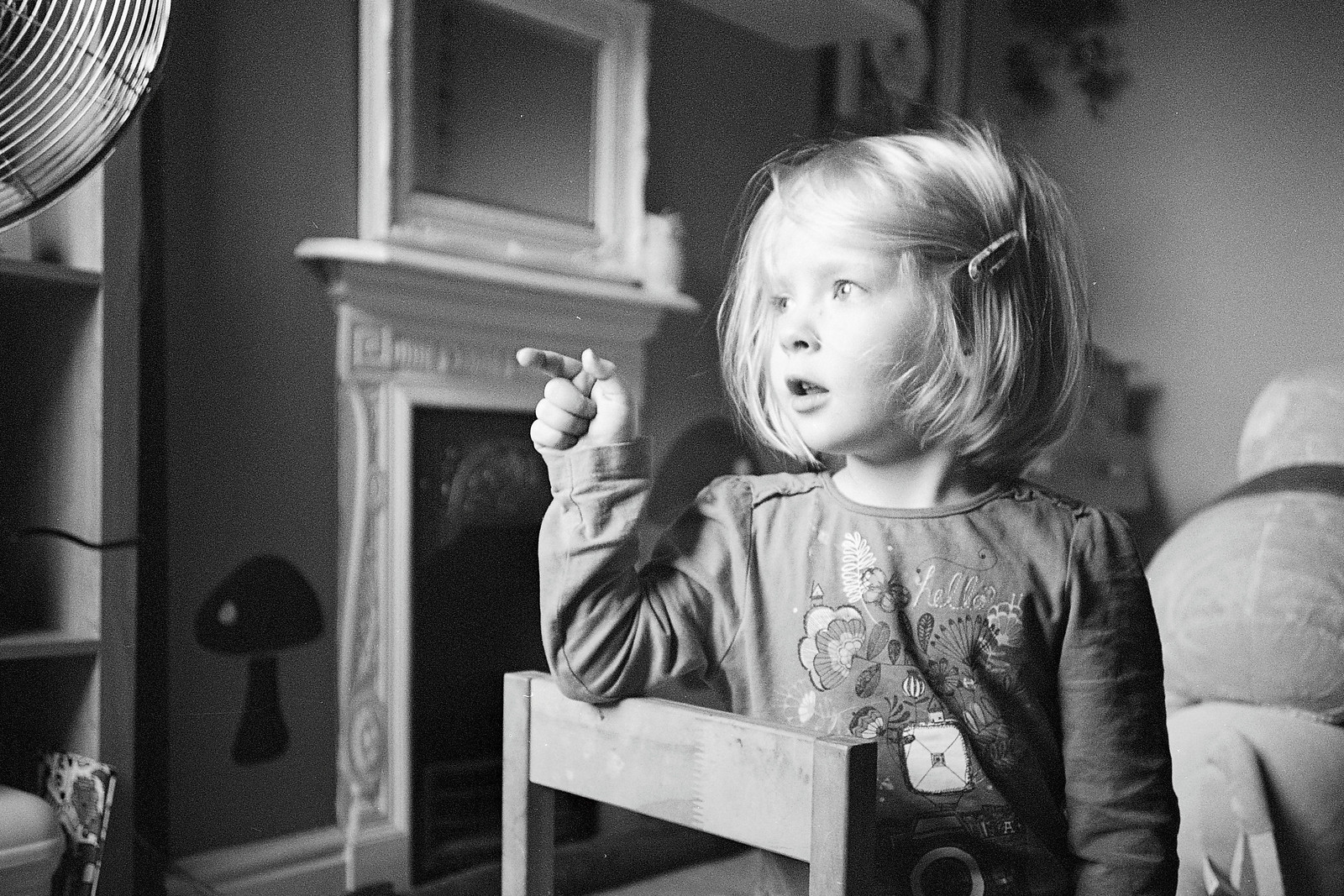 Before I get to that though, a quick run through of just how limited and more importantly limiting this camera is…

Firstly, as demonstrated in a my previous post – ‘Flash switch hack for the Olympus AF-10 super‘ – this camera has very basic flash settings. Though they can be fairly easily modified to be completely manual.

Focusing and speed to photo

One of the best things about this camera is how responsive it is. Half press activates the camera to be ready to shoot near instantly, and when you press the button its response feels very eager. Maybe I was just lucky with first my roll, but despite this speed, it didn’t miss focus on a single shot of an entire roll. And that included shots where I had half pressed to focus, reframed and then shot. 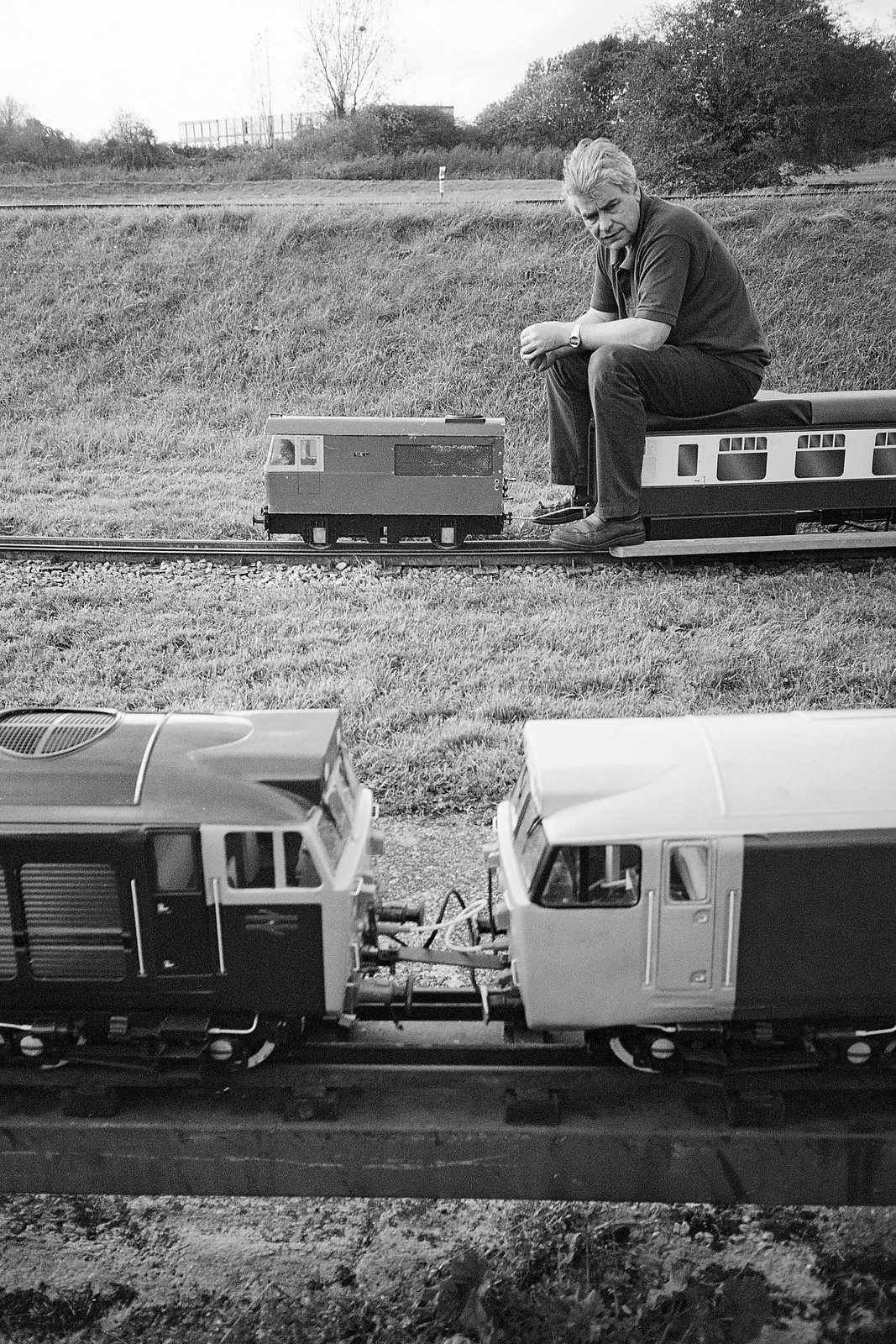 It actually takes a half decent photo. Ok, we aren’t talking quite the same quality as its relative the mju-ii, or any other premium or advanced compact camera for that matter, but it’s pretty bloody impressive for such a cheap camera. And it’s certainly good enough for happy snaps! I certainly wasn’t disappointed at all, or in anyway wished I had taken any of these shots with a different camera! Results are sharp, reasonably contrasty, vignette a bit, and sometimes perhaps look a little veiled, but overall they are good! 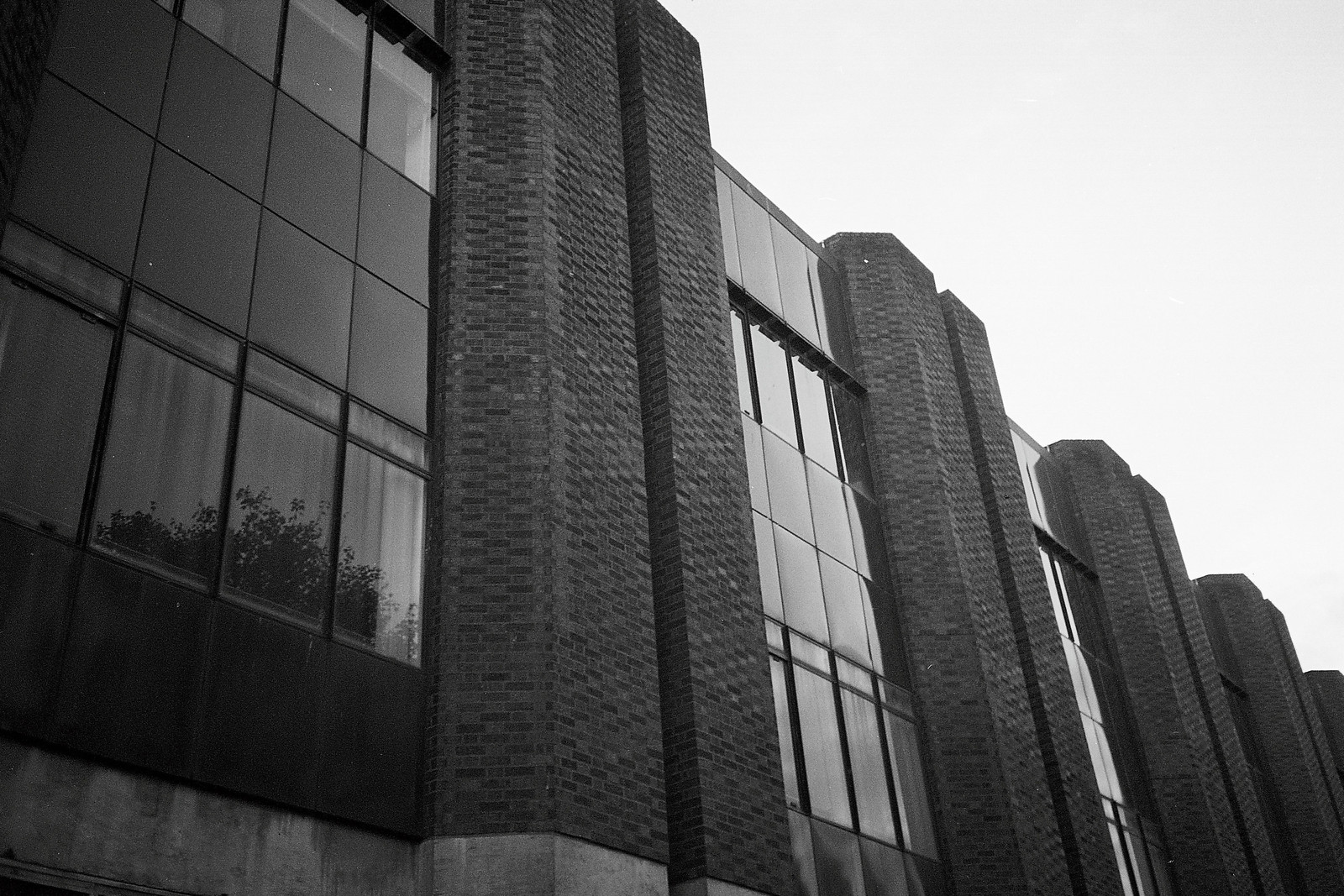 So it takes passably decent photos, it takes them without any fuss and quickly… All sounds pretty good then? Well not quite; if you are looking for feature packed, it might be worth while going elsewhere. Other than the flash switch, and of course shutter, the only on button on the camera is for a self-timer. It doesn’t even have a button for rewinding the film before then end. Even the little lights in the viewfinder are low on function. Admittedly, the flash activated light illuminates when it is going to use flash, but the AF light illuminates every single time the shutter button is half pressed. It has never once reported missed focus even when I put my hand over the all of the sensors and lens to test it. Basically it’s just a half-press-light.

The lack of user controllable features isn’t even its biggest limitation. The real cap on function is the light meter shutter/aperture limitations. The cameras light meter spans 6ev. Ev9 – Ev15 (100iso), which means – or is a product of – the mechanical limitation of the camera – 1/45th at f3.5 to 1/400th at f9.1

… that actually makes the camera actually quite useable

Although this latter specification is limiting, it is also where the real joy of shooting a camera like this comes in for me. The enjoyment becomes about working with these limitations rather than letting them be a hindrance.

I’ve mentioned a few times on this blog now that I have a distaste for cameras that given a slightly lower light situation will err toward using inappropriately long shutter speeds in preference to their widest aperture. The result of this is obvious, in low light these unpredictable and often unnecessarily slow shutter speeds result in photos that suffer with motion blur. Well this camera out-craps and out-does those cameras simultaneously. It doesn’t have the slow shutter speeds available to it to use, even if it is programmed that way. It’s lowest shutter speed is only 1/45th, which is plenty fast enough for hand holding a 35mm lens… Well, at least as long as the subject is relatively stationary… … 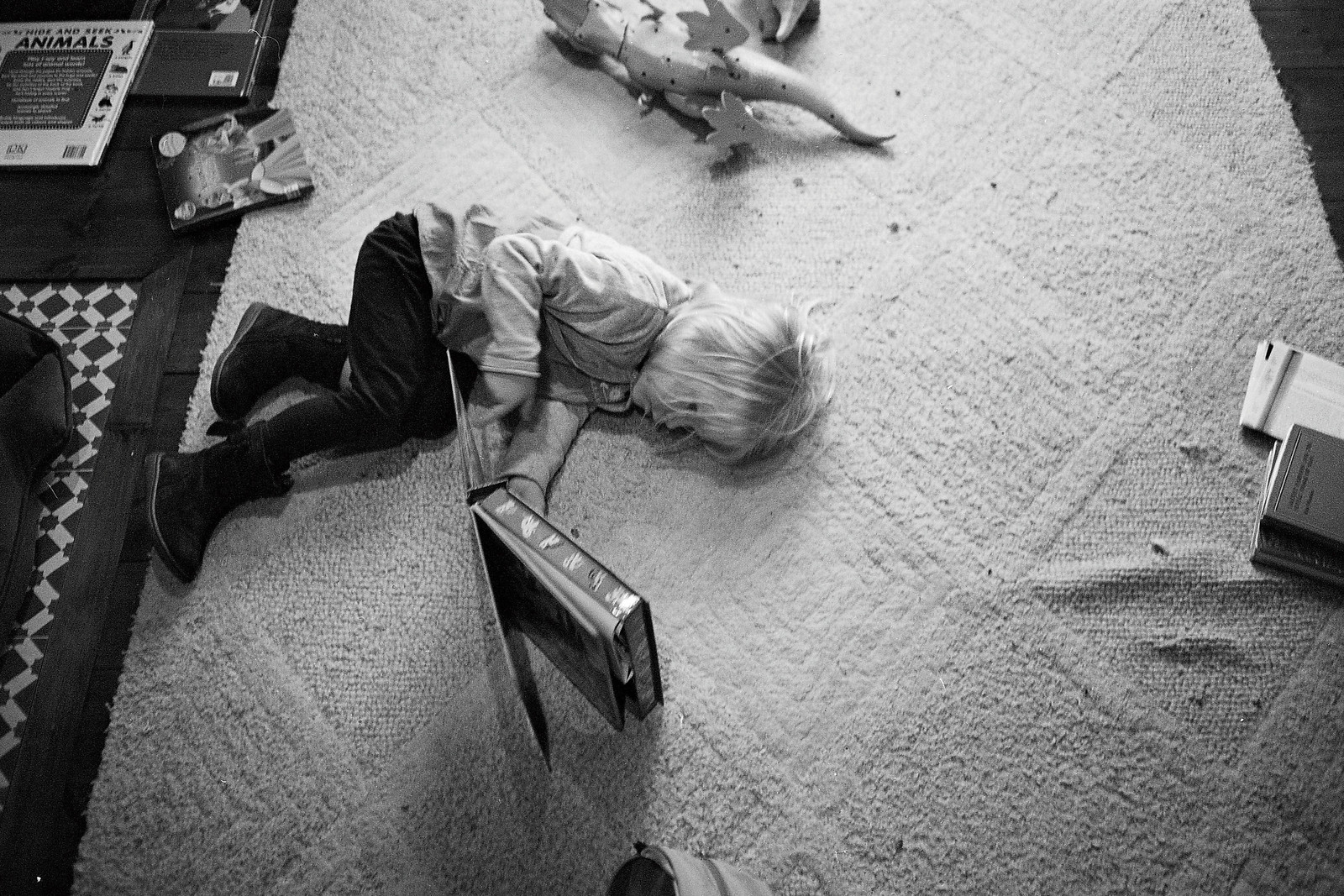 Now clearly this limited range of function is designed to be inexpensive, and I suppose help the entirely uninformed take a better photo. But my point is that it can also be helpful if you know what you are doing.

Compare it for a second my Pentax Espio Mini having put 400iso film in both cameras and then using them in my living room in the evening. My living room is about 6ev, s0 at 400iso with the 3.5 lens – which both of these cameras have – this should result in a shutter speed of around 1/20th. Which – being as it is a much higher spec camera with a much wider light meter and shutter speed range – is exactly what the Pentax will do. But of course the slowest shutter speed this Olympus can muster is 1/45th, so that is what it will use. Of course this would be a whole stop under exposed. But assuming I am taking a photo of a person or something else that moves around a bit, that 1ev of underexposure might in fact be preferable to the slower shutter speed, especially if I am shooting the likes of XP2 which has plenty enough latitude to cope with 1ev of underexposure. The point being, given this fairly specific circumstance, I actually have more sense of control over the lesser camera.

Now clearly the above is quite a specific circumstance, but actually it could, given the inclination, make this camera quite fun to use in much lower light. A little bit like the Olympus trip 35 (skip to the end of the post to read what I’m talking about). Since this camera has no possibility of taking a photo at a slower shutter speed than 1/45th with an aperture of 3.5, the control of the camera in low light is put into the hands of the photographer by means of the film speed. And since the cameras DX code reader doesn’t go above 800iso, and more importantly seems to default to 50iso given no DX code, in low light, it is pretty easy to manipulate the camera into always selecting those f/3.5 and 1/45th by either taping over the DX code on a film or putting out of range film in the camera.

For example, if I were to go out shooting with this camera loaded with 3200iso film, the camera wouldn’t be able to read the DX code, and so, in lower light, would use f/3.5 and 1/45th. f/3.5 and 1/45th with 3200iso film is EV4. EV4 is what you might expect shooting in a well-artificially-lit city centre at night, a reasonably lit bar etc. Since it’s film, a bit of overexposure doesn’t hurt, so there is room for error if there is more light than EV4. And actually, if you go through with this sort of experiment, you’re also probably the sort (like me) that doesn’t mind a bit of underexposure in your low lit shooting… A little bit of underexposure won’t hurt either. 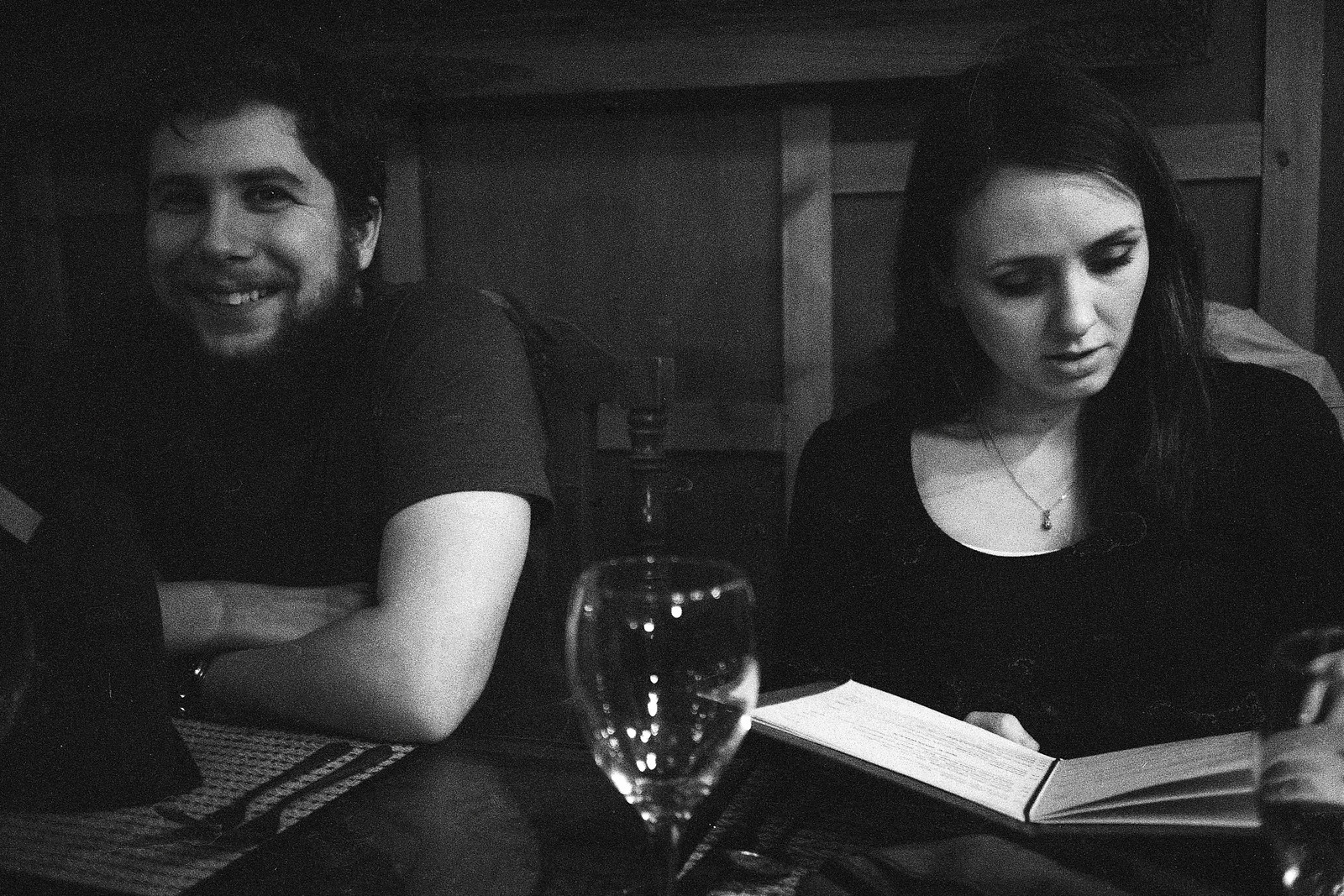 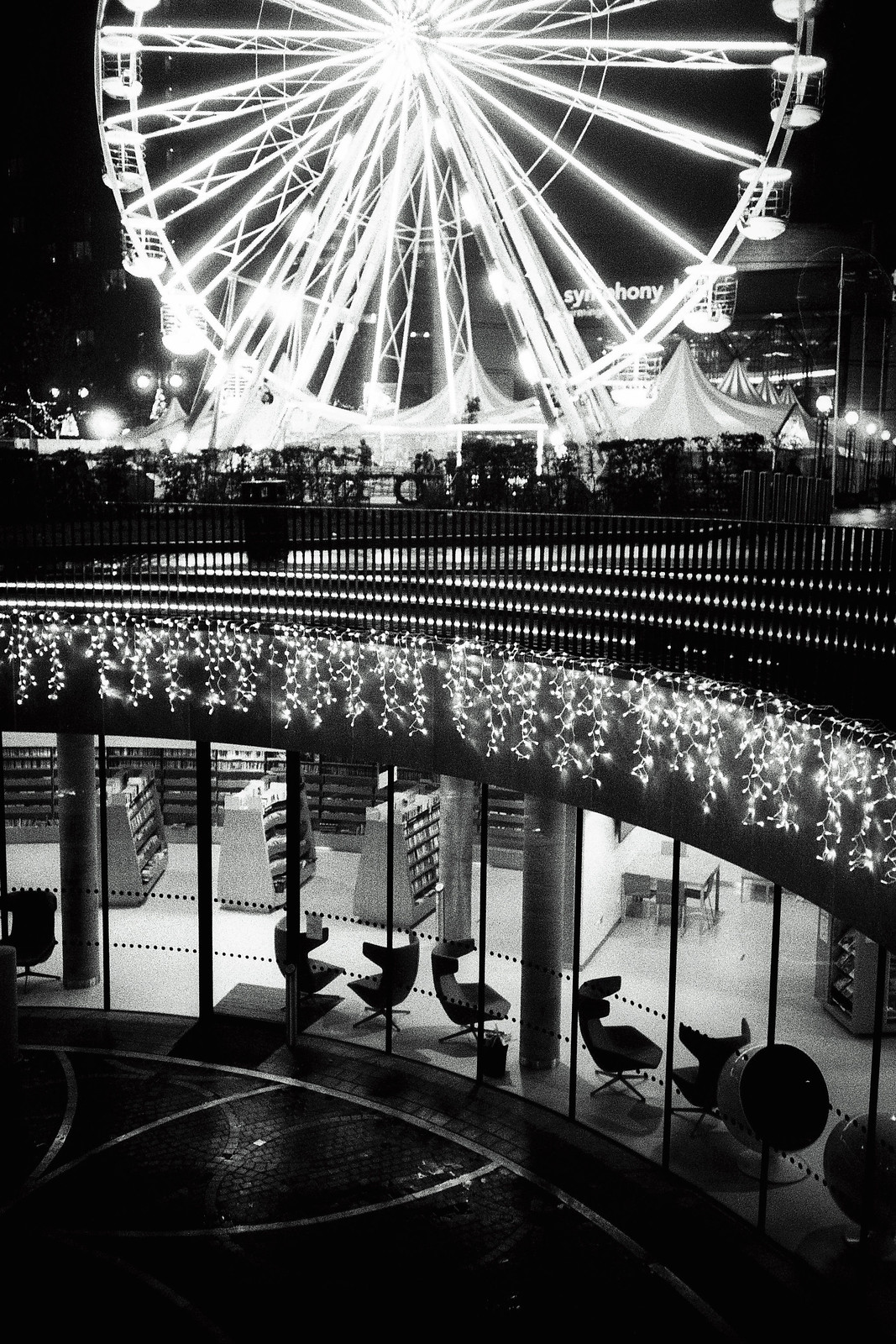 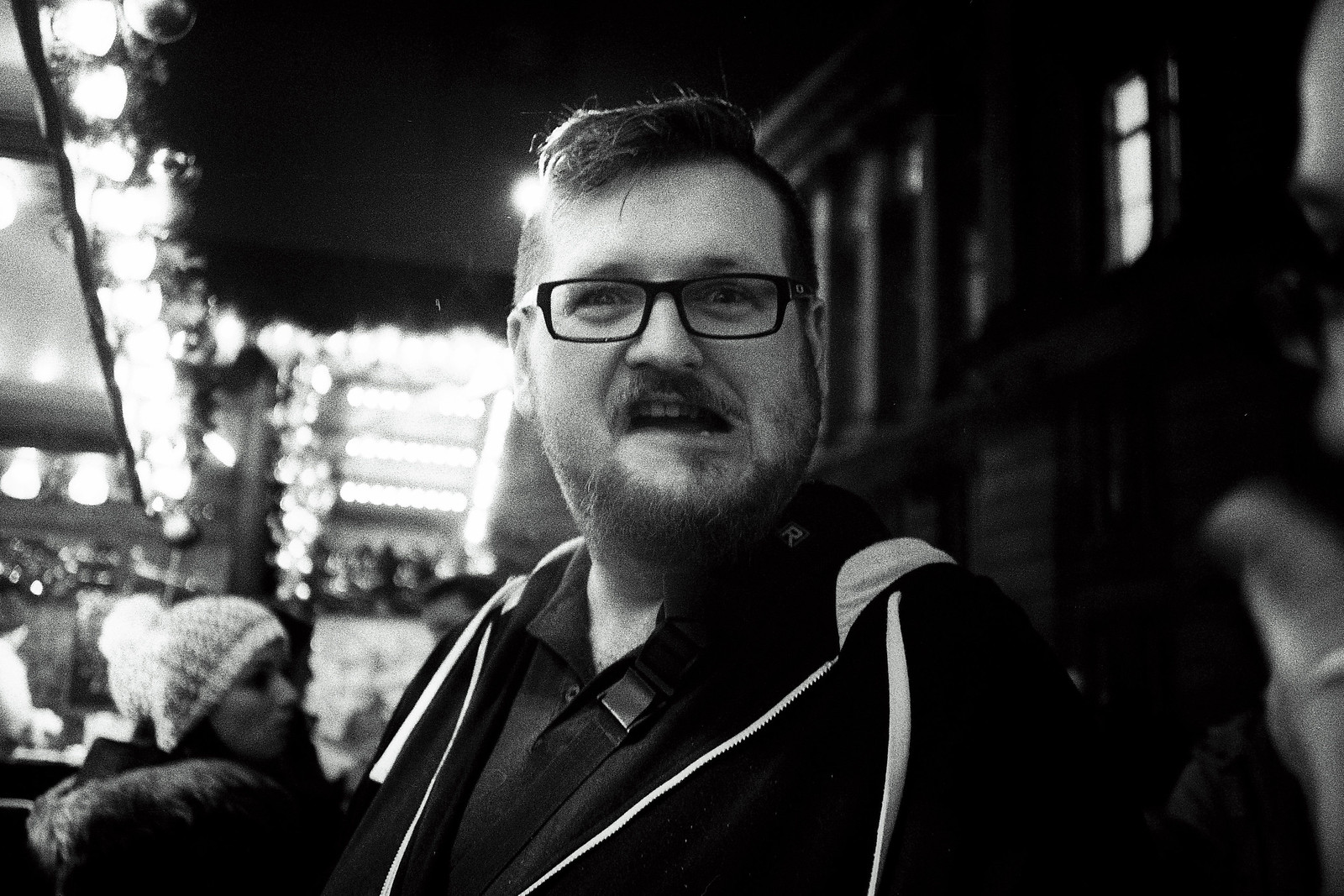 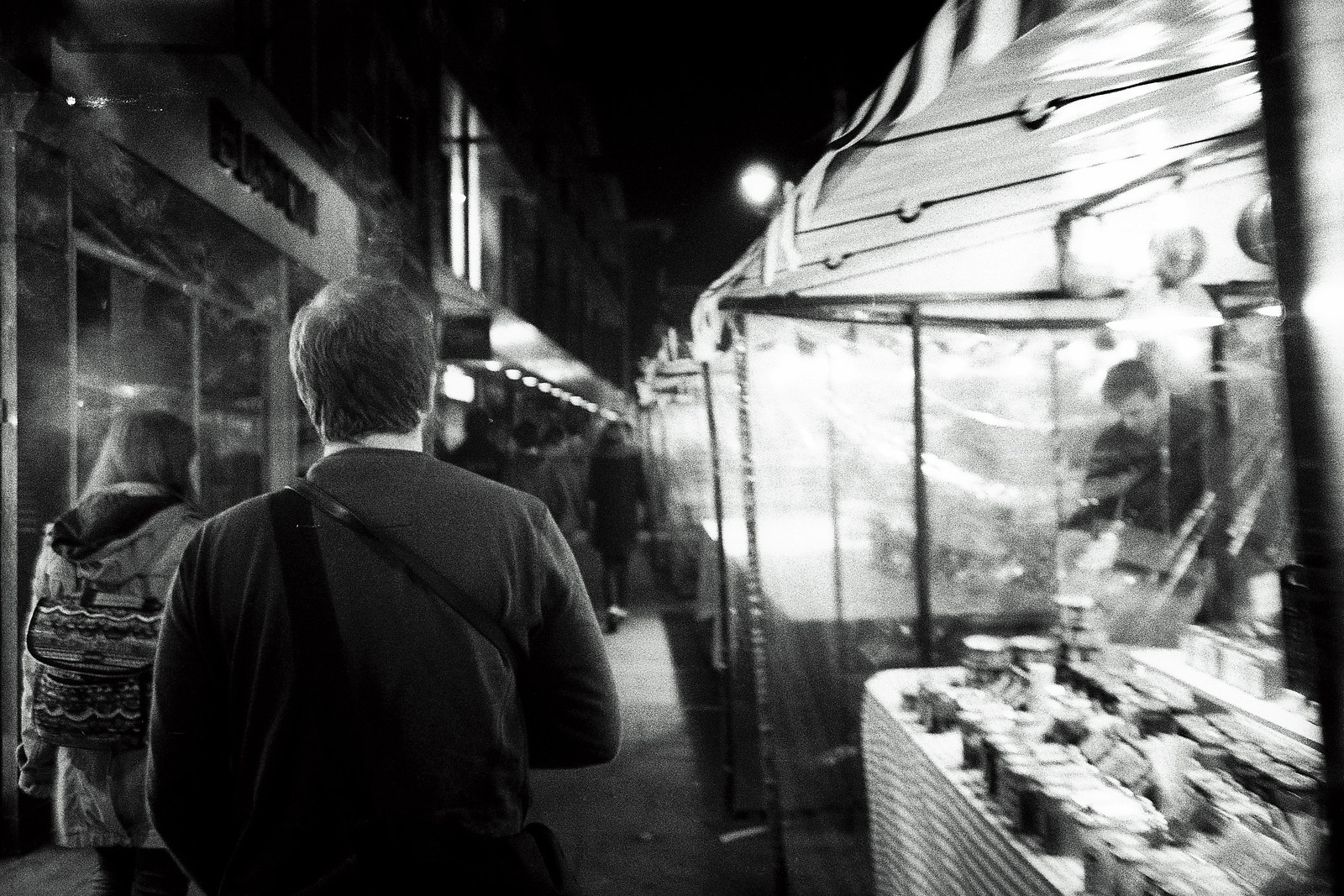 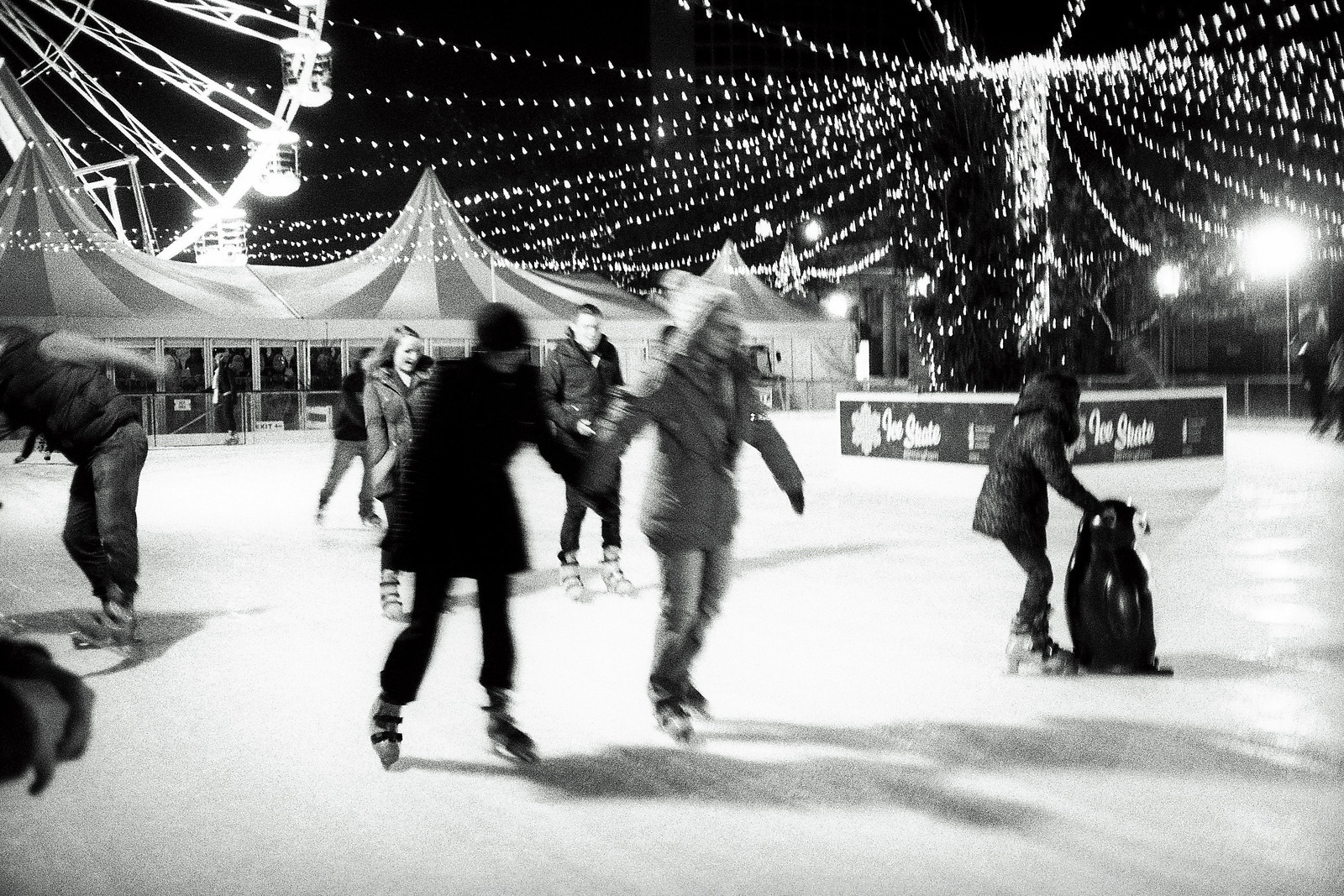 There is one last thing that this camera has going for it above many other compact cameras like it. And this is the autofocus system. Because it’s Active and therefore works by means of reflected infrared beam, it works in the dark too… So you should get a sharp photo… as long as the subject stays still…! 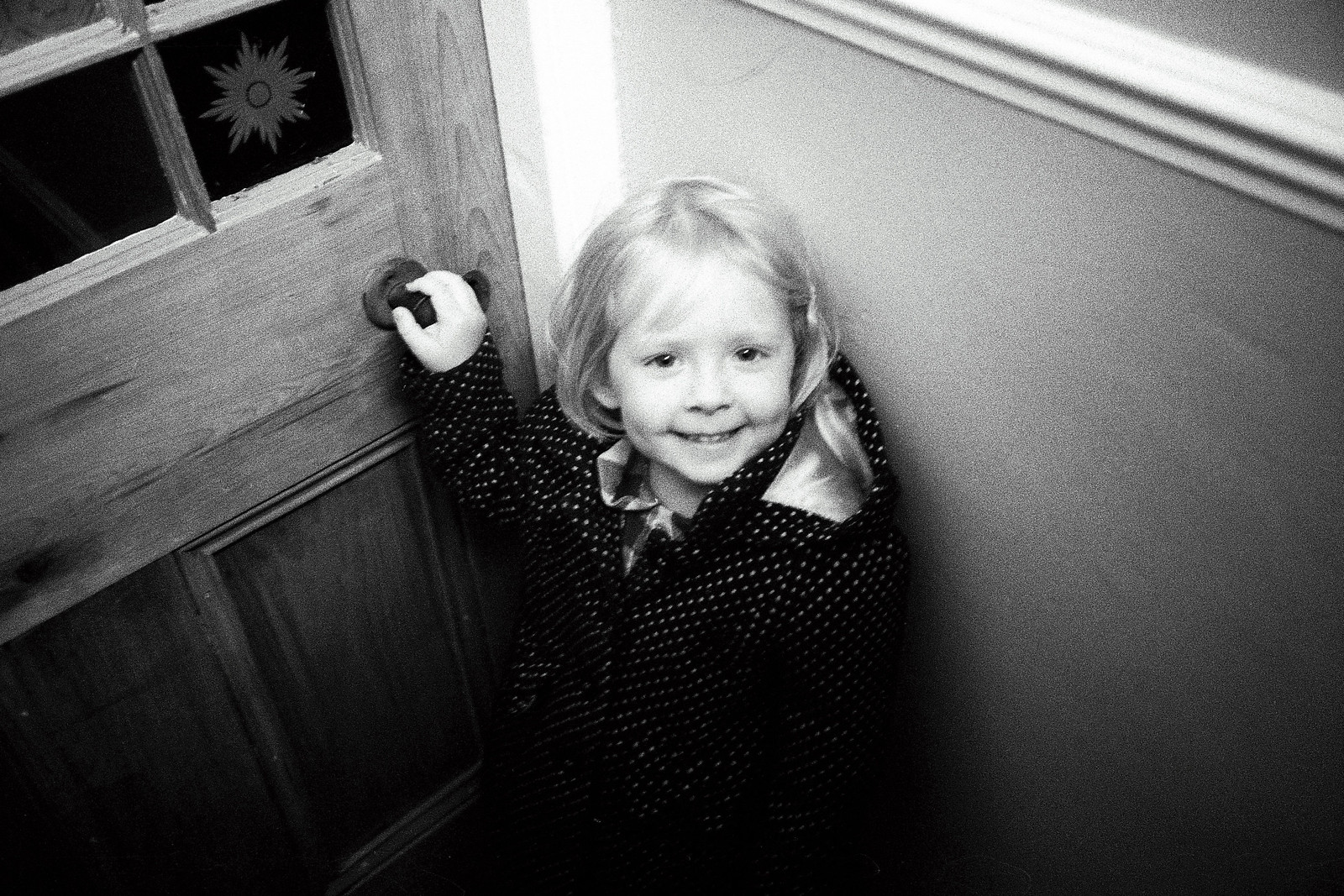 Of course, you might – as many people would – ask yourself what’s the point in all this? Why not just use flash, or a camera with a faster lens that can actually be controlled manually…? Well, it’s as simple as this, if you are reading this and asking that question, there probably is no point! Alternatively, if you are reading this and thinking “that sounds like a bit of fun”… then crack on and give it a go! It might not be for everyone, and most of the time, in truth, it’s not for me… But once in a while, messing around with a camera like the Olympus AF-10 Super, outside of its specified functional limitations, just gives me quite a sense of satisfaction… Especially when a few of the photos come out so well … And I bloody love HP5 pushed in DD-X!