Film photography has its ups and downs – even as someone who’s been shooting film for a long time, I still find myself staring into the abyss wondering how on earth I’ve managed to make such stupid mistakes. And sometimes – even with the experiences I have under my belt – the answer isn’t clear. It makes me wonder how people with less experience find the confidence to carry on. That said, recently, I’ve been through a few personal experiences that have led me to reflect on those thoughts. In fact, I’ve been given the opportunity to reflect on the fact that often the novice actually has a position of advantage over those of us with more experience under our belts.

The first of my recent experiences was when shooting a Rollei 35. These cameras are completely manual with a little light meter on top – if you have any experience with shooting manual cameras, there’s very little that can go wrong. Yet something did go wrong. The problem is, because I wasn’t really paying attention to what I was doing, I have no real idea what it was that went wrong, and not knowing has left me a little frustrated.

Whatever the issue was, it resulted in me overexposing the last 9 frames of the roll. The only thing I can tell you is that it wasn’t the fault of the light meter. I know this, because I wasn’t using it. For some reason, I’d chosen to just go with my gut. My gut feeling for exposure is usually plenty good enough, but on this occasion it was apparently a good few stops out.

Being someone with a level of accrued experience, my natural instinct looking at the overexposed photos was to blame the camera. Maybe a fault had developed mid roll…? Though that didn’t seem to be the case when inspecting the camera. So perhaps I set the settings wrong then? Again, I can’t see how that could be the case. 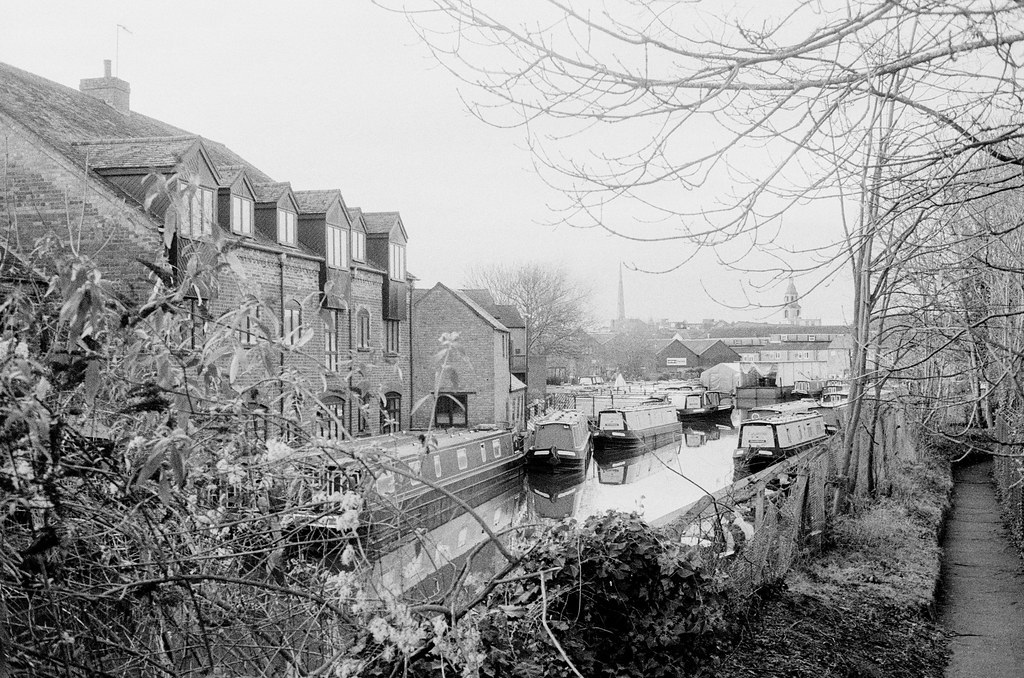 And it can’t be the development of the roll as the rest of it is totally fine. In the end, despite my level of experience, I’m left with a bit of a mystery. The problem is, I find myself unwilling or at least unmotivated to find out what went wrong. I have shot manual cameras loads of times before without issue, so if something went wrong, my instinct is to believe it probably wasn’t my fault, and that just doesn’t feel like a very healthy or useful conclusion to come to

Another recent photographic experience happened after I bought a Chroma 679 just as Steve announced them. The first two days I decided to shoot it couldn’t have gone worse. The problem is, as someone who has the level of experience I do, I approached shooting with what in hindsight feels like totally the wrong attitude. I approached it with a blasé level of confidence that resulted in a series of stupid mistakes.

To begin with, I couldn’t load the back. After spending ages attempting it to load it incorrectly, I went on YouTube and found this video by Nico. If I’d had less experience, or was less self-assured, I would have just looked it up straight away. My experience led me to waste my own time.

I also made a mistake with the film I loaded. I shot a roll of Kosmo Foto Mono 100 on a beach a few month back with great success, so decided to shoot another roll of that. What I failed to take into account was the miserable weather and the fact I was shooting a roll of 100 ISO film in a camera with a lens with a maximum aperture of f/6.3. In the end, I resorted to underexposing a little bit with it in mind to have it pushed a stop. If I’d just taken an other moment to think about what I was doing, I could have avoided this mistake. 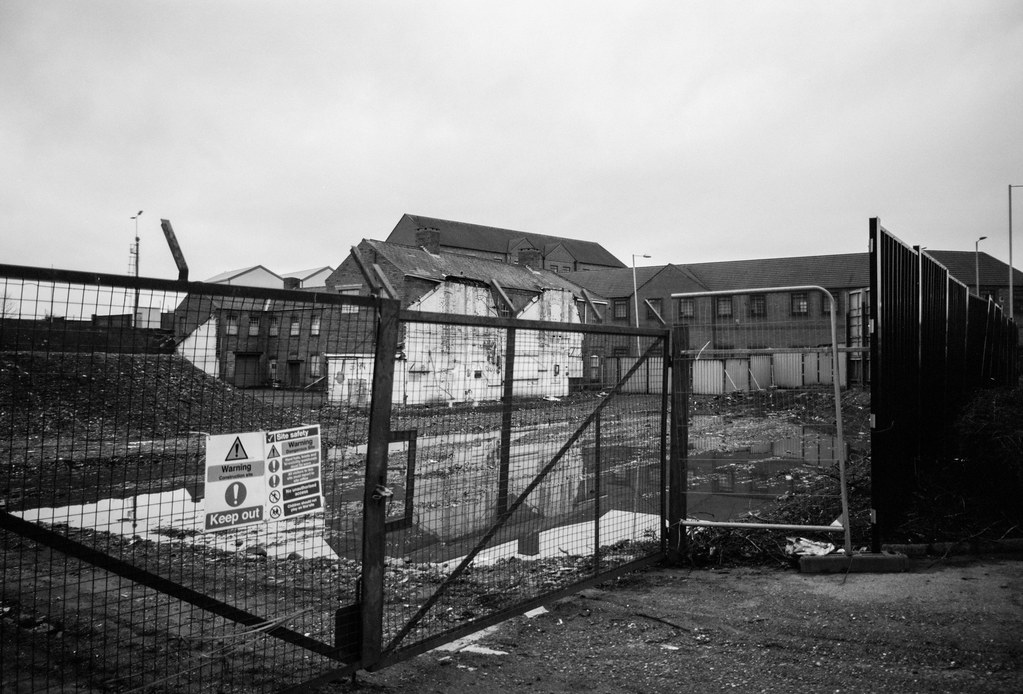 As if those mistakes weren’t enough, the next day, with an intent to finish the roll, I went out with the camera again. I knew I was going to have the roll pushed, so I erred slightly toward the same underexposure I’d been shooting the previous day so at least the roll would be consistent. Feeling clever and on top of things I shot my first frame with the dark slide in place.

Fine, one shot lost. I took the dark slide out and finished the roll. I then noticed that I’d somehow managed to change the shutter setting to 1/500th instead of the 1/125th it should have been at. The result of this being – taking into account that I’d being already trying to match the previous days underexposure – I’d now managed to underexposed the second half of the roll by something like 3 stops. I even failed to remember that 6×9 on 120 only gets you 8 frames, so I also shot a couple of photos onto backing paper…

By being so self-assured, by working in the assumption that despite the fact I was using new-to-me gear, I didn’t really need to apply any greater level of concentration to what I was doing, I’d made a whole series of mistakes. My experience and my confidence therein totally got in the way of me doing a good job – I had too much confidence in myself and my abilities which resulted in me messing up! 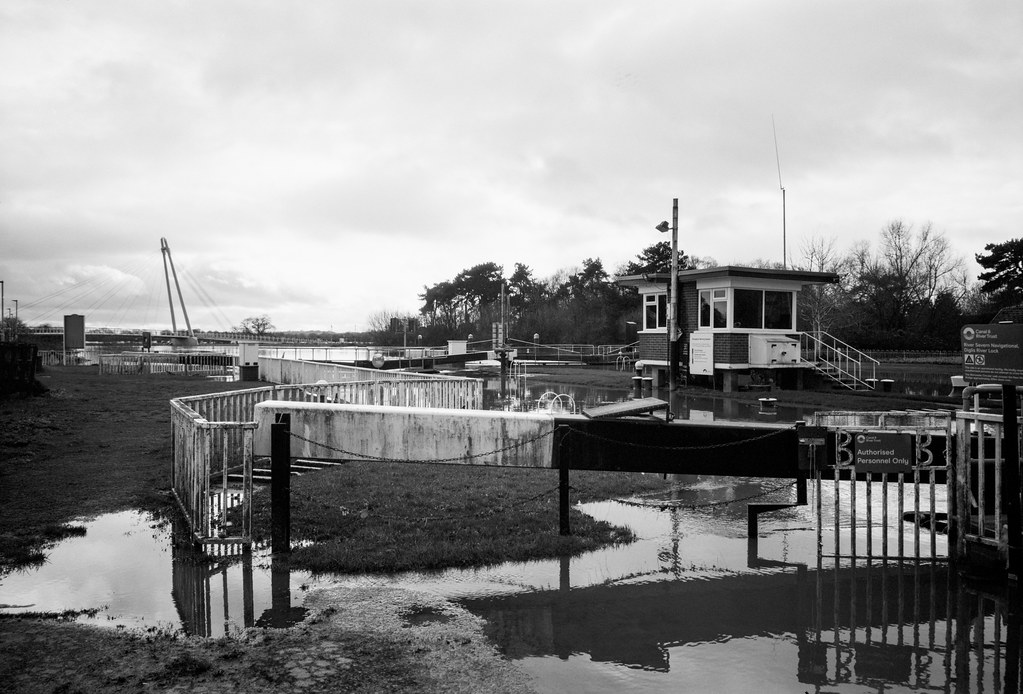 I recently started a new hobby that requires a whole new set of skills in a field where I have next to no experience at all. This has given me opportunity to reflect on the above mistakes with a slightly broader perspective.

Just before Christmas, my (awesome) wife bought me a VW Golf MK2. It’s a car I have wanted since I was a teenager, and now as someone in my late 30s I can finally afford the insurance and financially justify owning such a thing just for the fun of it. Of course, being a 30 year old car, it’s not exactly brand new. I’ve managed to pick up a fairly decent one, but it’s not perfect.

When I first got it, looking under the bonnet I had no idea what most of it was – I know the basics of how an internal combustion engine works, but not enough to even call myself a novice mechanic. And that’s not taking into account the electrical components, or even any of the more basic parts that might need replacing.

But, in the couple of months I’ve had it, I’ve been soaking up new knowledge and knowhow like a sponge. I’ve had the spotlights out to clean them, changed the indicators, changed all the bulbs, upgraded the wiring for the headlights to take a feed directly from the battery, had the dashboard apart to change all the old blown bulbs for LEDs, fixing a load it creaks and rattles in the dash in the process. I have also swapped the radio for a Bluetooth one, and most recently upgraded some of the gear linkages to shorten the travel of the gear stick and make it feel more positive in its movement. None of this is particularly heavy hitting stuff to anyone with any level of experience in owning older cars I’m sure, but I’ve learned loads. And I’ve learned because my appetite to learn is there. I have a desire and a willingness to build my knowledge and knowhow. It’s exciting and new, and importantly for the sake of the point I’m trying to make here, I don’t have a weight of experience hanging over me that deludes me into false sense of not needing to learn.

Because of this, I’m asking basic questions left, right and centre and finding there to be zero resistance to new information. I’m still making mistakes, but what’s interesting about the mistakes is that they don’t feel like stupid ones. I’m concentrating to a high degree on what I’m doing. Every step I take is calculated, and before I take the steps, I’m doing every bit of reading and researching I possibly can.

The Arrogance of Experience

Of course, it would be impossible for me to entirely return to behaving like this as a photographer. As someone who has been doing photography for a long time – 29 years now – too much has become second nature to completely return to that sort of approach. But these recent experiences have certainly given me food for thought.

Photography provides me with an endless amount of possibility when it comes to learning new things. It wouldn’t matter if I’d only been taking photos for a couple of months or for twice as long as I have, there is always going to be more for me to learn. So what gives me this sense that I don’t need to pay better attention to what I am doing, or take the time to research a bit of kit or process or whatever before I undertake it?

The answer is obvious. I have become somewhat arrogant through the weight of my experience. I have become less able to learn through a false sense that I don’t need to. The really frustrating thing is, even my increased self-awareness of this isn’t likely to make me immune to effects of it! Can I honestly say that having gone through these recent experiences I won’t make similar mistakes again? No, I know for a fact I will walk similar paths in the future. Without any shadow of a doubt my experience, self-assured attitude and arrogance will continue to cause me issues.