A few months ago I submitted a shot into one of Lomography’s ongoing photo competitions, and was pleasantly surprised to be selected as one of five winners in the category. Along with some public accolades came a $20 gift certificate for the site’s shop, where I promptly picked up a few rolls of their bespoke LomoChrome Purple XR 100-400, an intriguing false-color negative film that I’ve been meaning to try for several years.

Lomography has apparently released several iterations of this Willy Wonka-esqe film, refining it along the way. I received three rolls of the 2019 formulation of the film, which I believe is the newest version. Because this is ostensibly a variable speed film, I wasn’t really sure of the “correct” exposure required to achieve the film’s advertised purple and teal hues. I read several reviews from others who have shot it and discovered that most photographers found ISO 200 to be the sweet spot. Some folks even recommended utilizing a polarizing filter to enhance the contrast and saturation, which pushed me in the direction of using an SLR for my test so I could meter through the glass. Ultimately I went with my trusty Nikon F6 (with it’s nearly infallible matrix meter) mated to the AF-S Nikkor 24-70mm f/2.8G. 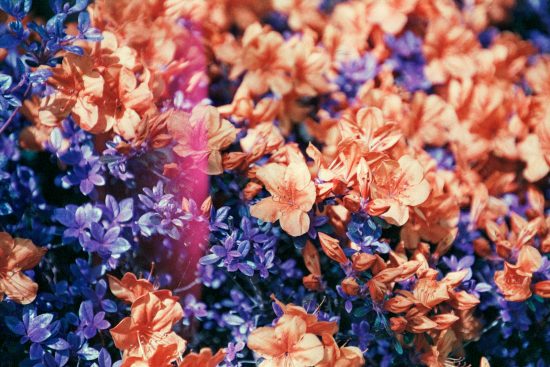 LomoChrome Purple is sometimes advertised as a stand-in for Kodak’s discontinued Aerochrome 1443 false-color infrared reversal film. Aerochrome was initially developed for aerial surveillance and rendered green vegetation in various shades of magenta when shot with red, orange or yellow filters. Anything that reflected infrared light would end up looking quite different on an Aerochrome slide.

Photographers figured out how to exploit this distinctive color rendition for creative effect, and created some pretty special photos with Aerochrome over the years. Unfortunately, Aerochrome was discontinued more than a decade ago, and the remaining stock has just about been exhausted. Enter Lomography with LomoChrome Purple. 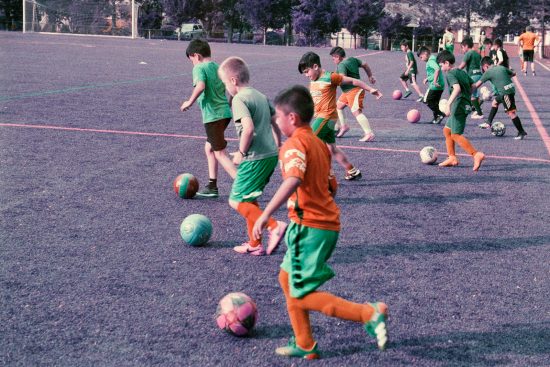 While not a true IR film to my knowledge, LomoChrome Purple does a very nice job of emulating Aerochrome’s wackier tendencies. When properly exposed, all greens (not just vegetation) end up as shades of violet, while reds are exaggerated to the breaking point, and blues end up shifted toward cyan. I personally love the effects I was able to achieve with this film, and found ISO 200 to indeed be a very good starting point for achieving the promised look.

As others who have shot this film have noted, the results are highly dependent on the angle of the shooter’s light source, particularly when outdoors in direct sunlight. 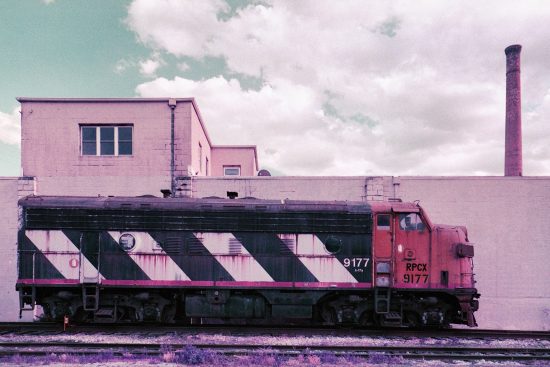 I achieved the best results with the sun either behind me, directly overhead, or at a 90-degree angle to the main subject. Photos with the sun in front of the camera, on the other hand, were overly contrasty and resulted in blown out skies and decreased saturation. Using the circular polarizer to darken the skies also made the teal tones pop out much better.

I removed the polarizing filter for the train engine photo, above, because the scene was mostly in the shade and required more light. As a result, the sky ended up looking much more subdued than in the post office photo, below, which was shot with the filter attached. 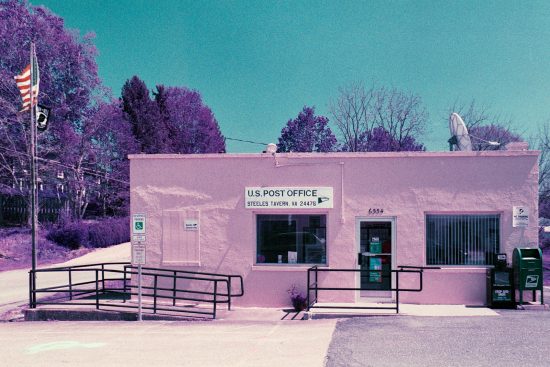 I still have two rolls of LomoChrome Purple left from my initial order, and can definitely see myself restocking it in the future. This is a fun film that doesn’t take itself too seriously, but still has the potential to make some meaningful and unique imagery if properly exposed.

Now that I know what this film can do in the sublime F6, I’m looking forward to running it through one of my rangefinders or cheap compact zooms to see what accidental masterpieces those cameras with their less than perfect meters and lack of polarizing filters might create. Feel free to check out more results from this shoot and my other adventures on Flickr and Instagram.