5 frames with a Zero 2000 Pinhole Camera

I’m going for a double post today – I have two reasons for this. The first is that the following pinhole photos and story lead on very nicely from Alex’s post from earlier this morning about shooting 35mm pinhole. The second is that this gave me a neat way to introduce a new series of posts I’m looking to publish here on 35mmc, and EM is looking to post on EMULSIVE.

These posts are going to be titled “5 frames with…” this post amounts to the first in the series with the camera in question being the Zero 2000. I’m going to contribute some of these post myself, but I’m also going to be looking to you lot out there in the community to contribute too.

The idea is 5 frames, loosely around a theme, all taken with one camera/lens combination – ideally 35mm (though I appreciate I am breaking that rule already). On EMULSIVE, EM is looking for 5 frames taken with one film.

We’d like those photos to be paired circa 250 words – here on 35mmc this might be about the choice of camera, or something about the lens, or even about the subject. Nothing too deep, just a few words off the top of your head. You can read more about EM’s desires in his first post here

5 Frames with a Zero 2000 Pinhole Camera

The Zero 2000 is a pinhole camera I borrowed off Alex Yates (pinhole genius) just before I went on my recent holiday to Cornwall. Somewhat (read heavily) inspired by Alex’s beautiful shots of Japan (which can be seen here), I felt that I’d like to try and emulate some of that same sort of feel taking photos in one of my favourite places; Holywell bay.

After reading a draft version of Alex’s post about 35mm pinhole cameras – specifically taking note of his lesser interest in 35mm pinhole – I decided to get in touch with him to ask about a good choice of 120 square format camera to take with me for my little project. Not only did he make a recommendation, but he also chose to loan me a his camera, and in fact load it with Portra 400 for me.

Portra 400 turned out to be a great choice. When I got to where I wanted to shoot and metered with the pinhole assist app, it gave me readings around 1/2 a second. I’m not really sure how you are supposed to manually open a shutter on a pinhole for such a short amount of time, and nor was I happy that such a short amount of time would get the look I was after. So “bugger it”, I thought, and just exposed everything for 10 seconds hoping that a bit of Portra 400 latitude, and a touch of reciprocity failure would help me out.

In the end, I couldn’t be happier with the outcome! Thanks again for the loan, Alex!! 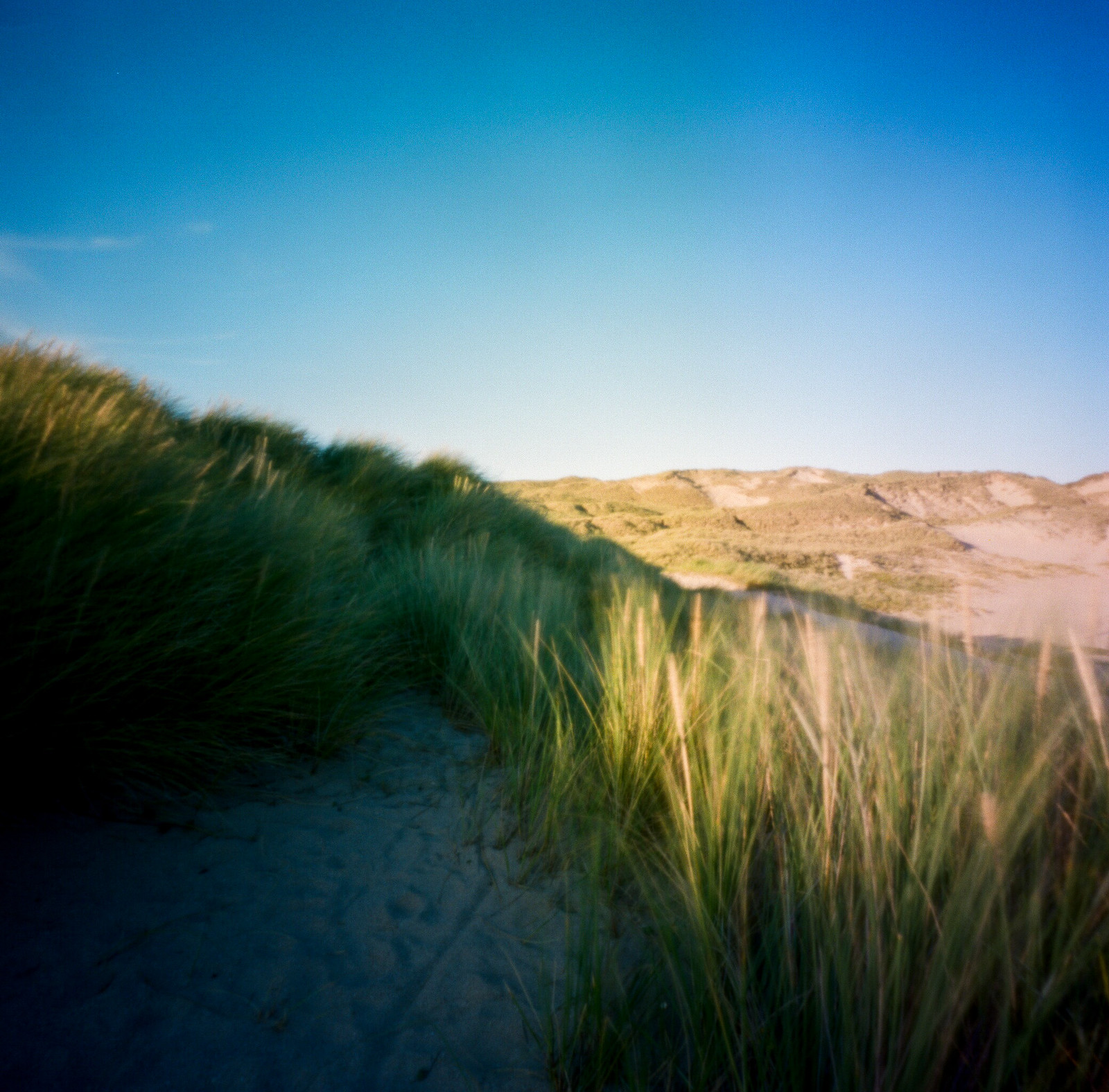 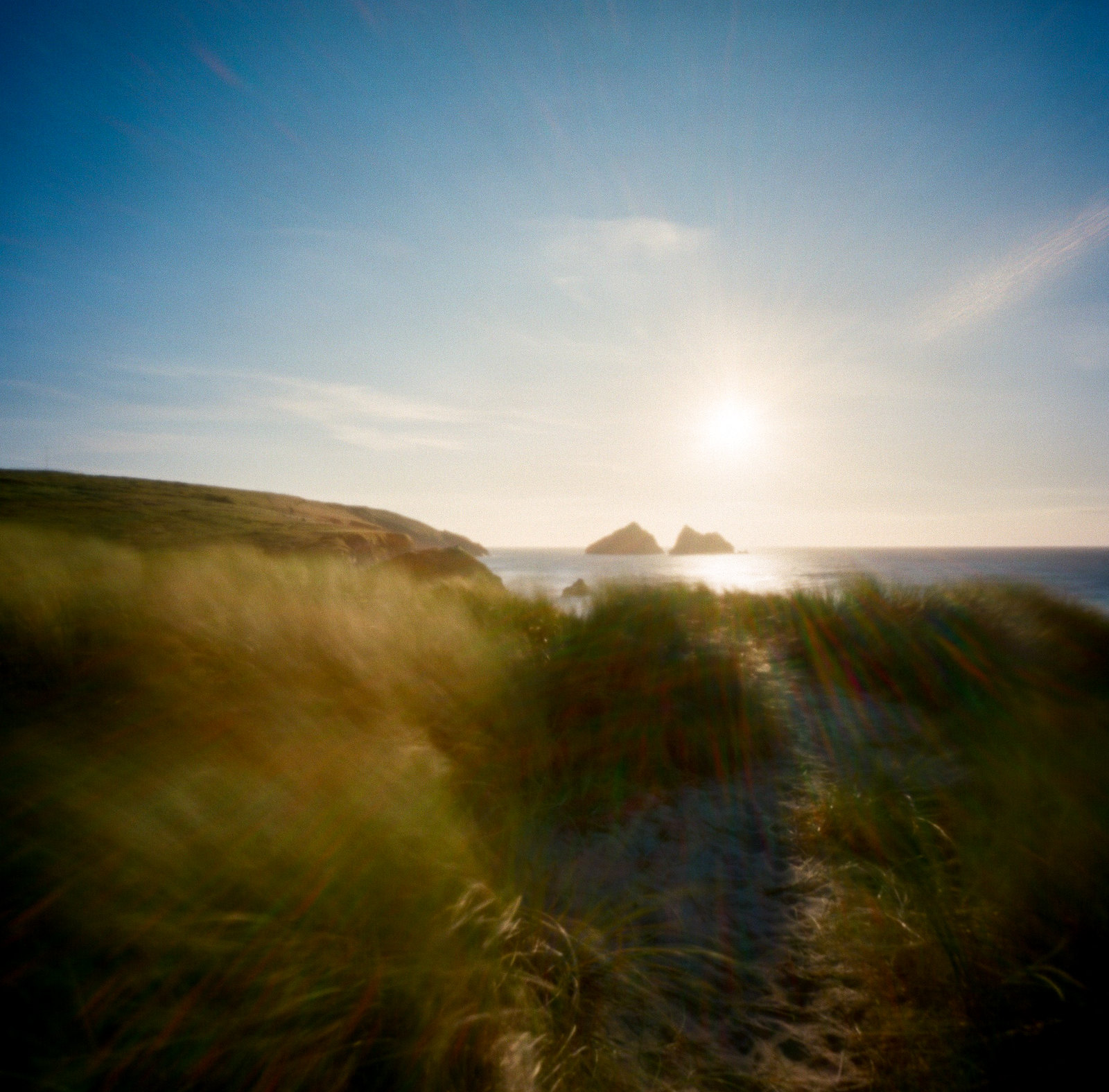 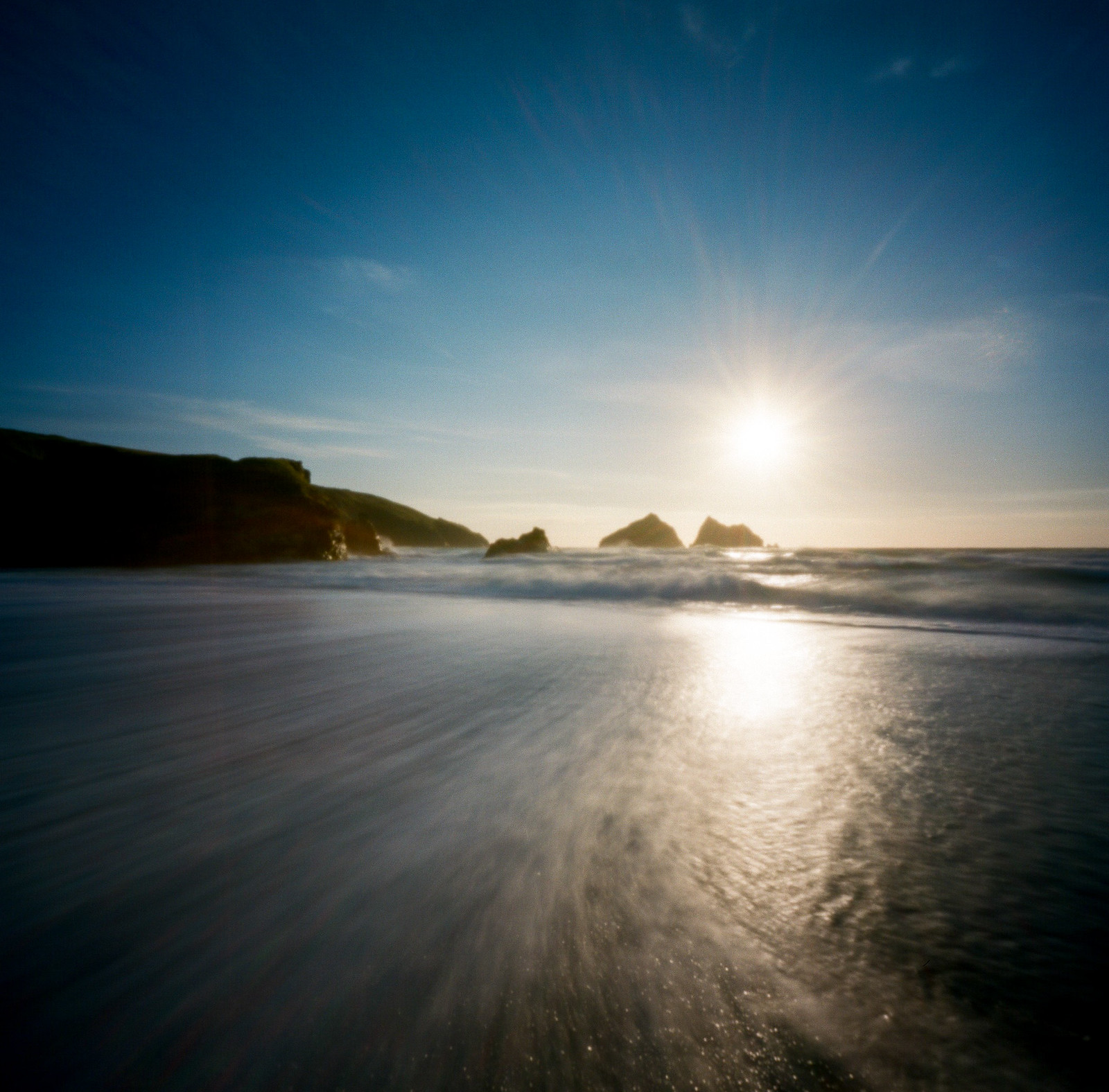 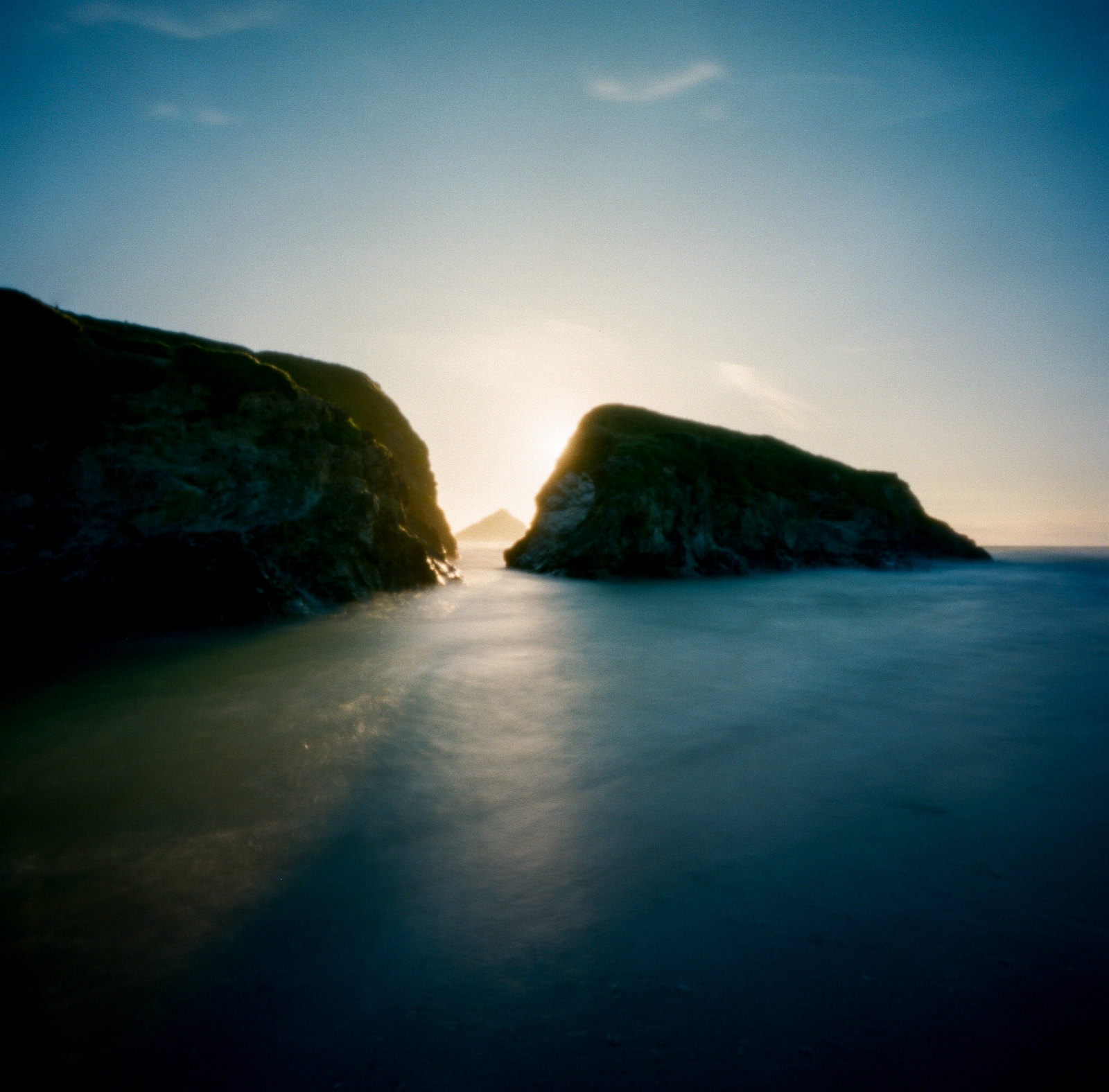 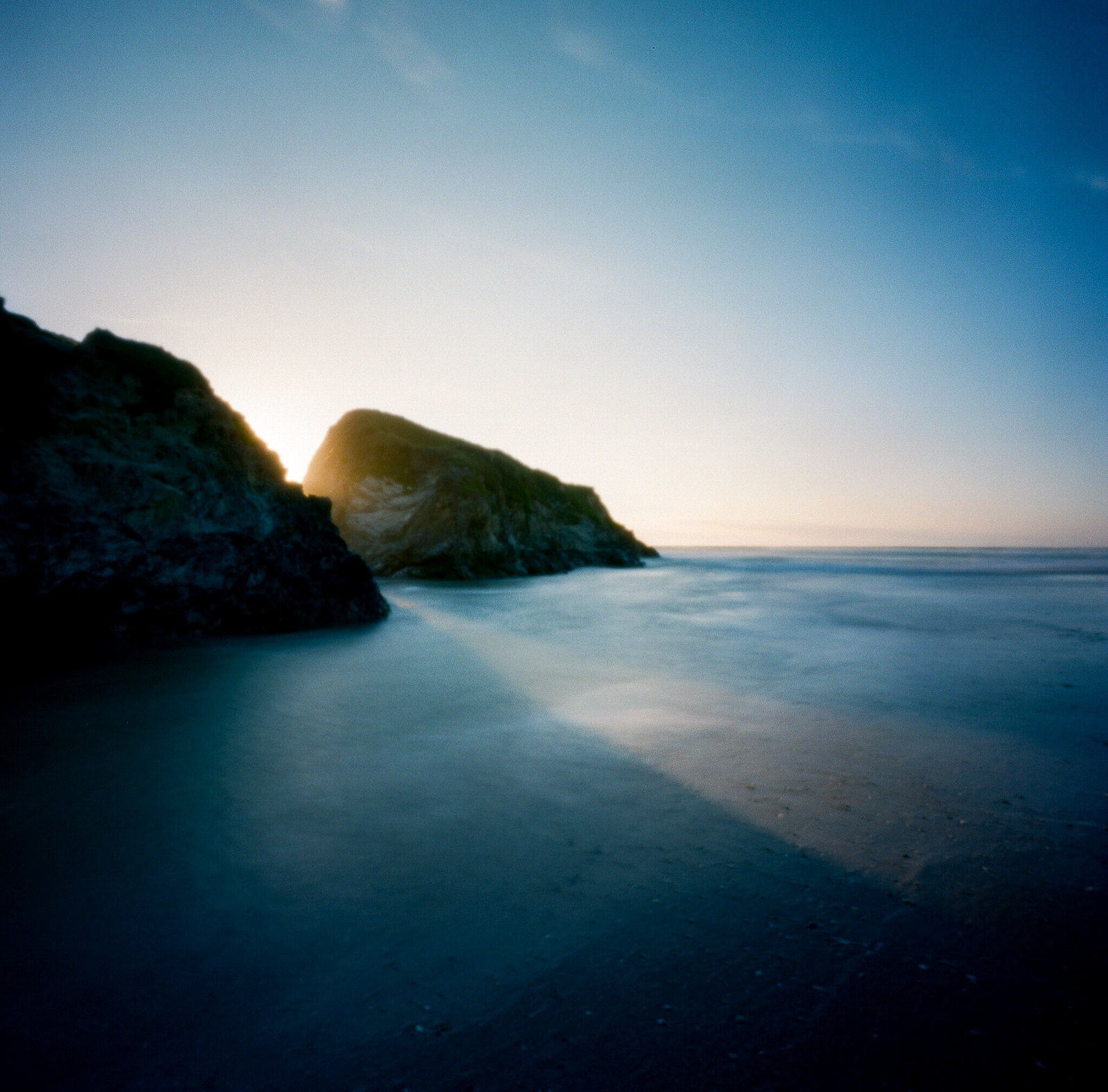 If you fancy submitting a “#5frameswith…” post, let me know! 5 frames with a Yashica Samurai X3.0 and Fuji Superia 400 – By Dan Marinelli 5 frames with a Voigtlander Vito B - by Richard Williams