The most obvious feature of the Olympus 35rc is it’s size! When I first read about it after seeing it on Dan K’s twitter avatar, I was dead set on getting one! I was at the time though deep in the depths of an obsession (that hasn’t quite left me) with fully automated cameras. You may have seen a few mentioned on this blog?? This obsession put the purchase of a 35rc on the back burner, but I continued to watch them on eBay in the hope one would jump out as a bargain. I’d been watching one for a few days that looked ok when someone I know got in touch and asked if I had any recommendations for a compact, “vintage” camera that would be easy to use. I mentioned I was watching a few 35rc’s on eBay and that one of those might suit. Long story short, he ended up with the one I had been watching. Some weeks later (he’s a bit of a numpty this guy) he gets in touch to say he has lost it and is buying another. Of course when the new camera turns up, he finds the old one, leaving him with two… And that’s how I ended up with my “user” condition 35rc!

Still in the throws of my auto-everything phase, it hit the shelf, only to be set upon for some shooting over the Christmas period. I had played with it a lot of times, just never really got around to putting a film into it. I’d initially just not felt entirely comfortable with the viewfinder/rangefinder … But the reality is, it’s fine, my issues lay elsewhere! More on the VF in a mo!

Firstly, it probably is a small as you hope it might be! I can fit it in my jeans pocket, just, and it goes in the coat pocket without any issue at all. You can see in the following picture how it compares to the XA2, which really is a compact camera. 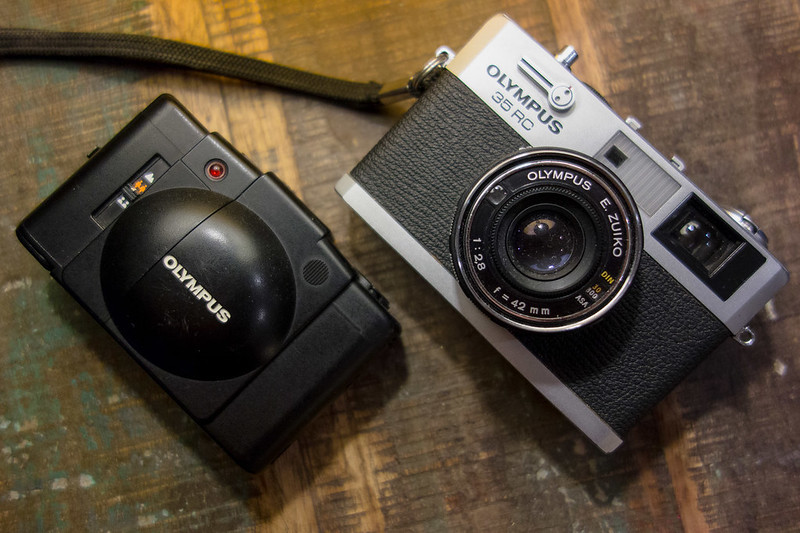 I’m lead to believe that it is one of, if not the smallest fully manual rangefinder. This piece of information was one of the major facts that piqued my interest in the camera, and is major selling point! But with the small size, surely comes some compromise!

Initially the compromises didn’t jump out at me, but they start to creep in! The most major of which I didn’t notice until I started shooting with the camera! There are no depth of field markings, so short of using some sort of external chart or guess work you are limited to the rangefinder. Thinking back, I remember Dan mentioning this as a negative … Fortunately guess work isn’t really an issue for most daytime shooting, set the lens to f/11 and 5m and you’re good from 2-2.5m to infinity. 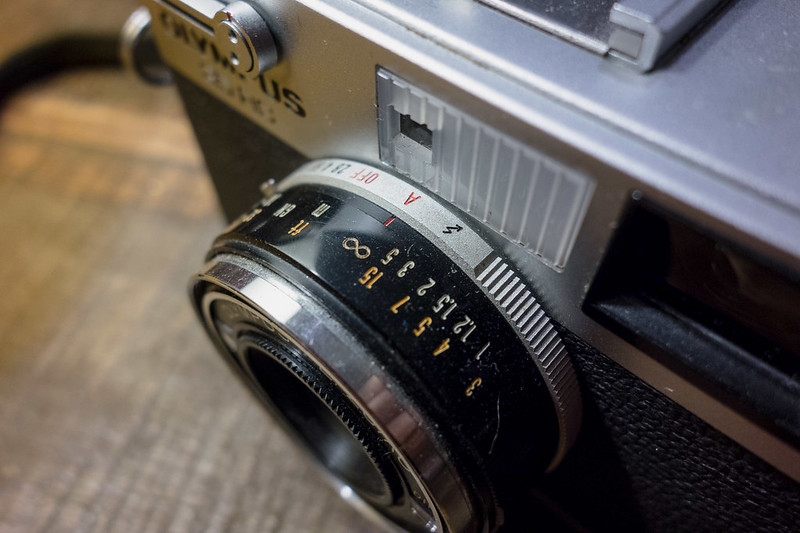 And then, to the rangefinder/viewfinder… Well after realising if I use my left eye, the one I can actually see properly with, the VF did seem a great deal better than I had originally thought … But it’s not perfect, the RF certainly ain’t a patch (pun intended) on the Leica M’s of the world, but you would be mad to expect it to be! It is unfortunately like most rangefinders in cameras like these, indistinct and without a solid edge. The viewfinder itself is ok though, a little small, but bright, and the frame-lines rarely seem to give up to bright light, too badly at least! 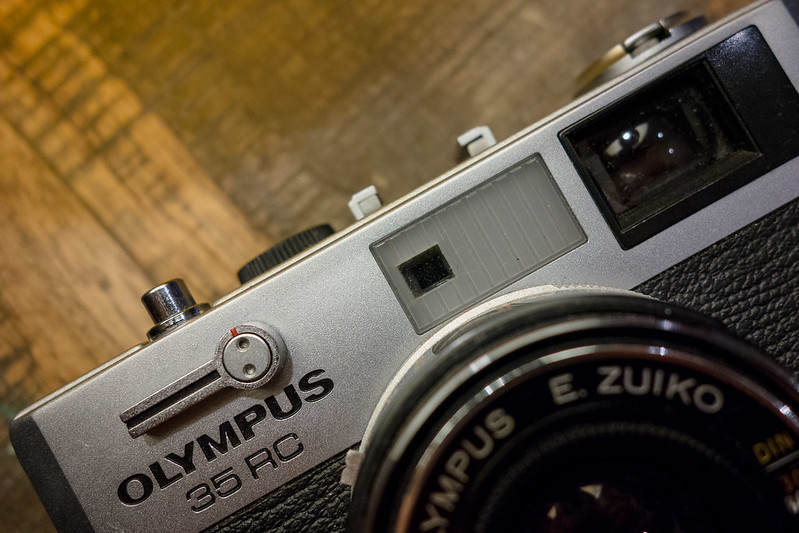 The one area where I think the viewfinder really excels is in the level of information relayed to the user. Both shutter speed and aperture are shown, which for such a small camera is pretty impressive! In ‘A’ (for auto) the camera automatically sets the aperture, the chosen aperture is shown to the user in the bottom of the finder. If the light hitting the camera’s CDS lightmeter is too bright or too dark for an appropriate aperture to be selected with the chosen shutter speed and film speed, the needle in the finder will point to the red and the camera will refuse to fire. 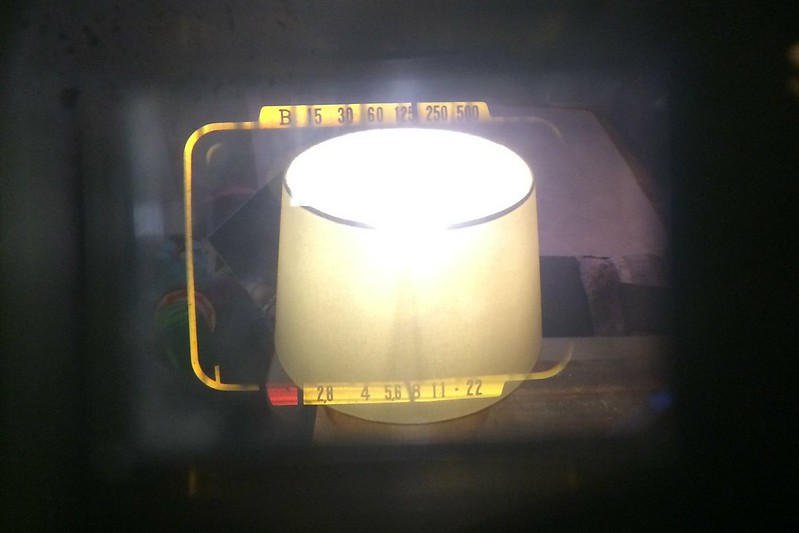 (crappy iphone view through the finder)

When out of range, the shutter button feels almost exactly as the trip 35 does when it shows you the red flag. When this happens you just change the shutter speed accordingly. The maximum shutter speed is 1/500th and the smallest aperture f/22, basically, in good daylight 800iso film is your upper limit … Which is convenient as that is when the ISO selection dial tops out too. Obviously this relatively low top end shutter speed means you won’t be using larger apertures in daylight too often, unless of course you mount an ND filter, which is perfectly viable thanks to the lightmeter sensor being inside the filter thread. 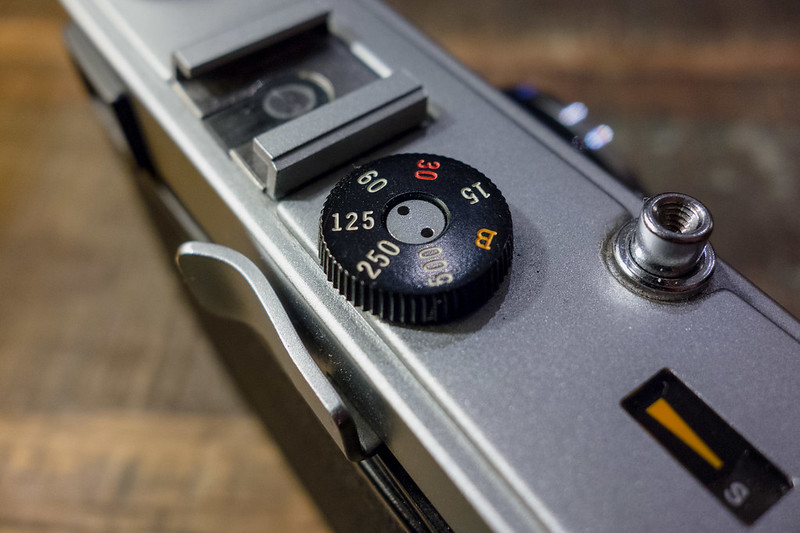 As well as the auto mode, the camera can also be shot fully manual, but in doing this the meter is also disabled. In this instance the aperture scale in the VF just shows you the aperture you have chosen.

I haven’t used it myself, so I can’t comment as such, but there is also a pretty nifty flash system. The user simply sets the guide number of the flash on the side of the lens, sets the camera to flash mode, load 100iso film, and shoot away. They call it “flashmatic”, as far as I understand it, the camera sets the size of the aperture to vary exposure to the flash light dependant on the subject distance.

There is also a self timer, for those who like being part of the action!

The lens, is a 42mm 2.8 and is held by many in high regard. I’m not sure what, but olympus seemed to be doing a lot right with camera little 40-ish-mm lenses of this era! The trip 35 is equally regarded for image quality! My experience is fairly positive, you can judge what you will from my images, but it might be worth digging deeper on flickr or the like. A good place to start would be this 7000+ photo group! I will also continue to add photos to my flickr.

The only thing left to talk about is how the camera handles. Well! is the short answer, it has a surprisingly good weight to it for its size and despite the winder having an almost 180 degree travel it doesn’t feel too awkward. The action of focusing isn’t especially smooth as it doesn’t feel lubricated, but the throw is short allowing fairly quick focusing! One thing that I constantly feel I should be able to do with this camera is use it with one hand. It almost teases you with it’s size and feel, making you want to try and focus with a spare finger of your right hand … for me it just isn’t possible, I’m not dextrous enough. This possibly sounds a little odd, but if you get one in your hands, give it a go! 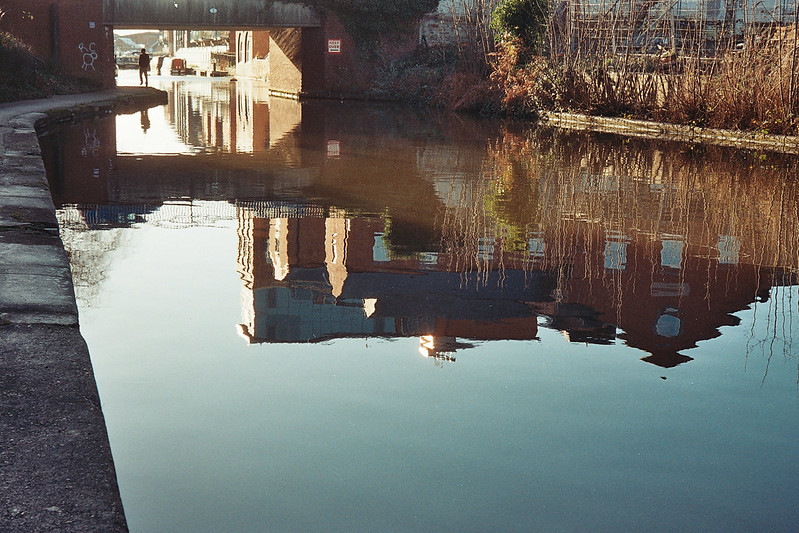 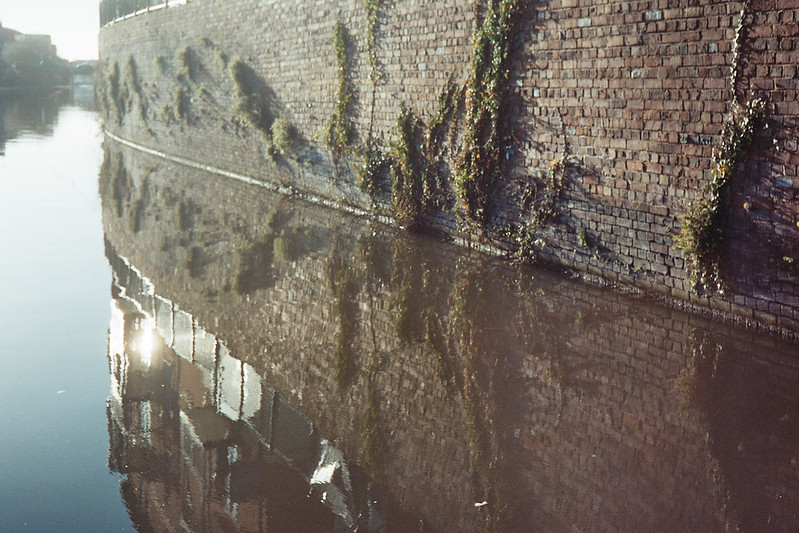 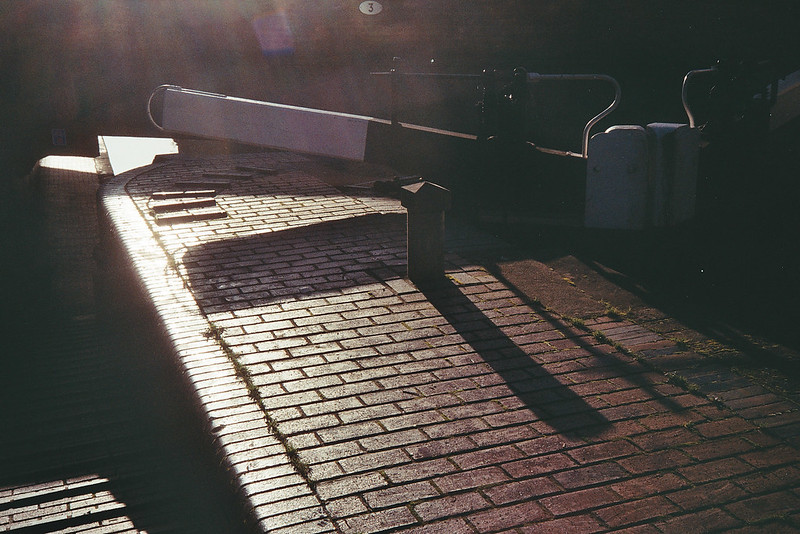 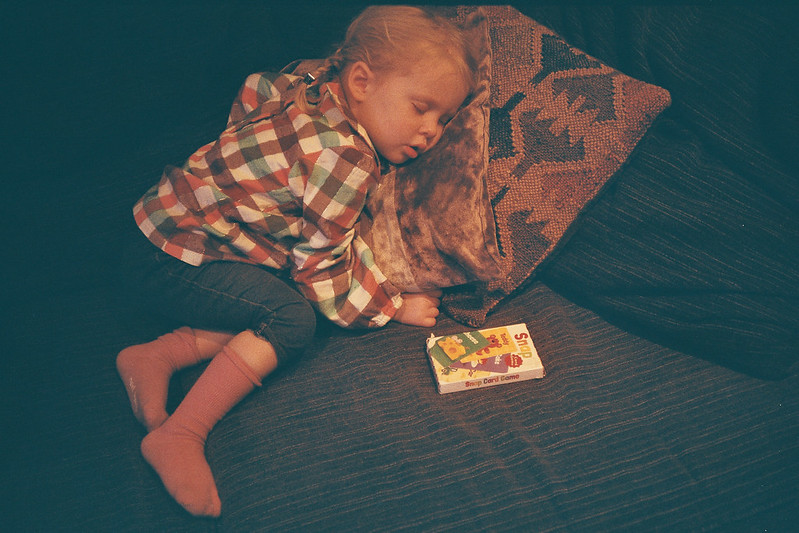 So in summary, I like this camera, It’s hard not to! For me, it represents yet another classic compact from olympus and for the £30-£50 they go for, they are almost a no brainer!

Just one final word of caution, the battery it takes is the 1.35v 625 which are no longer reality available… Wein make one, but its around £6, personally I choose to fit a 1.4v hearing aid battery and a bit of blu-tak.