A couple of weeks ago I went down to Cornwall for the day to shoot some video for Fowey Shellfish. The job for the day was to capture some content of their new boat, the Mytelus, and MAP packing machine in action. I was to shoot a few digital stills for them too, but mostly the day was to be about shooting video. Of course, with jobs like this, it’s hard not to be tempted into taking a camera for a bit of film photography – it’s not every day I get to go out to sea on a Cornish fishing boat.

This is actually the second visit to this client. The first time we visited Fowey was roughly this time last year – I shot video and my colleague James shot the photos. On this latest occasion though, the job was pretty much entirely video. I needed to get two or three stills, but with the photos from the last visit still doing the job nicely, my main focus was to be on capturing some of the newer equipment Fowey Shellfish have recently invested in. The guys at Fowey Shellfish use the video for marketing purposes when talking to potential buyers, so it needs to be as up to date as possible to show off the extent of what they do and how they do it.

As such, the primary cameras for the day were the Sony A7riii and A7iii. I had the A7Riii so I could drop into stills mode and capture some high-resolution images when they were needed. Will my video guy from work was shooting the A7iii purely for video. This combo is pretty much all we need to get a job like this done – we shoot the content it at 100 FPS so we can slow the footage down to 1/4 speed, and capture in one of the slightly flatter profiles so there’s a little bit of room for grading. Our kit bag being lowered onto the boat Will doing his thing

Of course, for the sheer enjoyment factor, working with these cameras leaves me a little cold. As I say, they get the job done, and I’ve pretty much come to terms with all the issue I’ve had with Sony cameras in the past, but there’s just not that much fun to be had shooting them. It’s not that I’m not happy with the results – I just don’t enjoy the clicking bit very much… …which is why I’d decided to take a film camera too.

The lack of a plan

Now, at this stage, I’d love to tell you that I had a plan. I’d love to be able to say that I approached the film images with a certain look in mind and followed that through with a few well-considered choices to achieve my goal. This wasn’t the case at all. What actually happened was almost entirely accidental, and essentially the result of a series of vague bodges.

I’m sure in many ways this probably detracts from the photography to other photographers, but actually, as images, I’m really pleased with them. I rarely bask in the joys of serendipity when it comes to my film photography, but sometimes, when it pays off, it really pays off, and to me this feels like one of those times.

The reasons it all happened like this are a few-fold. The first was the massive change of plan at the last minute. I live 209 miles away from Fowey, so the original plan was to get up at the crack of dawn and drive down for a 10 am start. As it happened, we were in a particularly good window with regard to the weather for harvesting, so the boats needed to be out at sea earlier in the day. As such, the night before, just after I got home from work I got a message from James from Fowey Shellfish asking if I could be there and be ready to go out on the boat for 8am. Long story short, I packed my bag and went down to Cornwall with Will that evening. Since it was all a bit rushed, and my mind was on the job and not really my hobby, when packing my camera bag I just grabbed my M3 with the Canon 50mm f/1.5 that was mounted to it and a couple of rolls of Ektachrome E100 and TMAX P3200.

If you follow the blog, you’ll know I’ve been solely shooting these two films for a few months so just chucked them in the bag deciding I would firm up a plan about what and how to shoot later. After driving into the night and then not getting very much sleep, that “later” became whilst leaving the Fowey Shellfish dock on the boat. By which time, my brain was in work mode again and I was mostly planning the video shots I needed to get with Will. Now, I don’t know if I’m the only one who suffers this, but when working as a photographer it’s sometimes hard to concentrate on doing the “hobby” at the same time as doing the “work” – especially when the goals are slightly different. As such, knowing I had to shoot video and photos for work already, I decided I’d take the easier road and load a roll of TMAX P3200; I’d been giving myself far too much grief about how I was exposing E100 at the time to be thinking about all that on top of work.

Now, P3200 is of course not going to be everyone’s first choice for shooting a sunny Cornish morning at sea, but, I figured since my goal with it is to experiment as much as possible with what this film can do, this would just be another experiment… I just wasn’t really sure at the time what I was going to achieve, or how.

Having loaded it into the camera my next thought was sticking to my previously outlined plan of shooting it at EI1000. To be honest, at that stage I didn’t even really contemplate how I was going to have it developed, I was after a path of least resistance for shooting. By choosing EI1000 as my exposure index my thinking was I could just set the shutter speed to 1/1000th and wing the aperture based on Sunny 16. f/16 for when the sun was out, then f/11 or f/8 for when there was a bit of cloud cover or for the darker corners of the boat.

What actually happened was that I mostly just shot at f/8. In fact, pretty much the whole roll was shot at f/8 and 1/1000th of a second with me just grabbing the camera in spare moments between concentrating on the things I was being paid to do.

I’ve overexposed the crap out of this film before, and so in the fleeting moments of contemplating what I was doing with it, I gave myself permission to carry on in the knowledge that it could be pull-processed – and once I’d started, I figured I’d best stick to the same degree of overexposure. At least that way I’d have some consistency. It wasn’t until the drive home that afternoon that I really thought about how much I’d overexposed the hell out of the film. If I was shooting at EI1000, at f/8, on a mostly sunny summer morning at sea, there was probably going to be a fair bit of light, as such, I was going to be around two stops overexposed for a lot of the photos.

There was, of course, no way I could have this developed using times for 3200. So I messaged Duncan at SilverPan Film Labs when I got home and after a bit of a conflab, we decided to play it a little safe and go for times for 800. To be honest, I think we could have pulled it quite a bit more. But, whilst I guessed this would probably give me a few fairly dense negs, since I couldn’t really remember what I’d shot, and I knew that P3200 can cope with a bit of abuse and that my scanner can scan negs that are up to about an inch thick, I figured bugger it; I’d let the gods-of-film play their part and just see what came out.

As it turned out, the negs were indeed about an inch thick. That is to say, they are really bloody dense. More so than I’d expected in fact – more than a few of them looked more than a couple of stops over!

Fortunately, the backlight in the Noritsu must harness the power of the sun somehow, as it coped just fine with the negs. In fact, somewhat amusingly, I didn’t have to do even nearly as much to these images to process them as I usually have to. I could see in the little preview windows in the scanner interface that they had a really nice high contrast to them, so rather than flatten the contrast for tweaking later, I just let the scanner it do its thing. 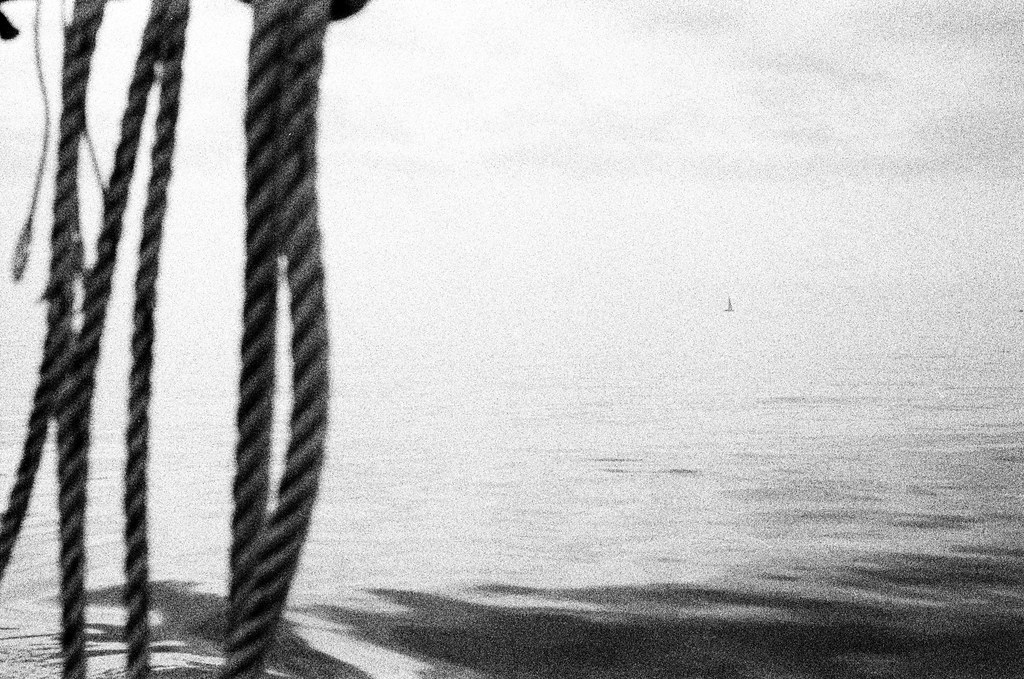 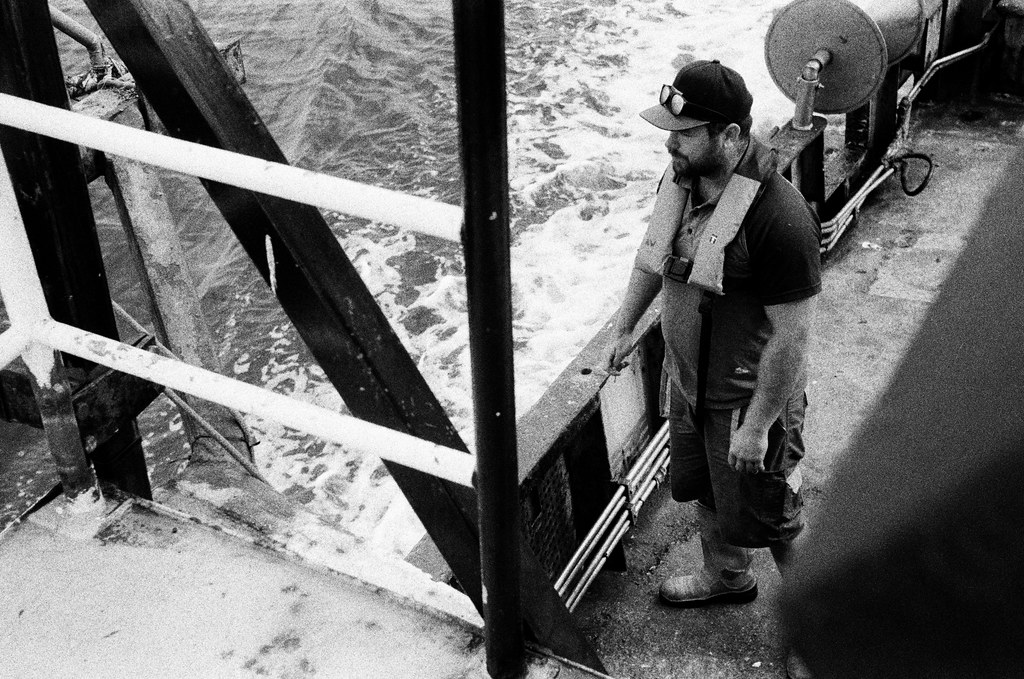 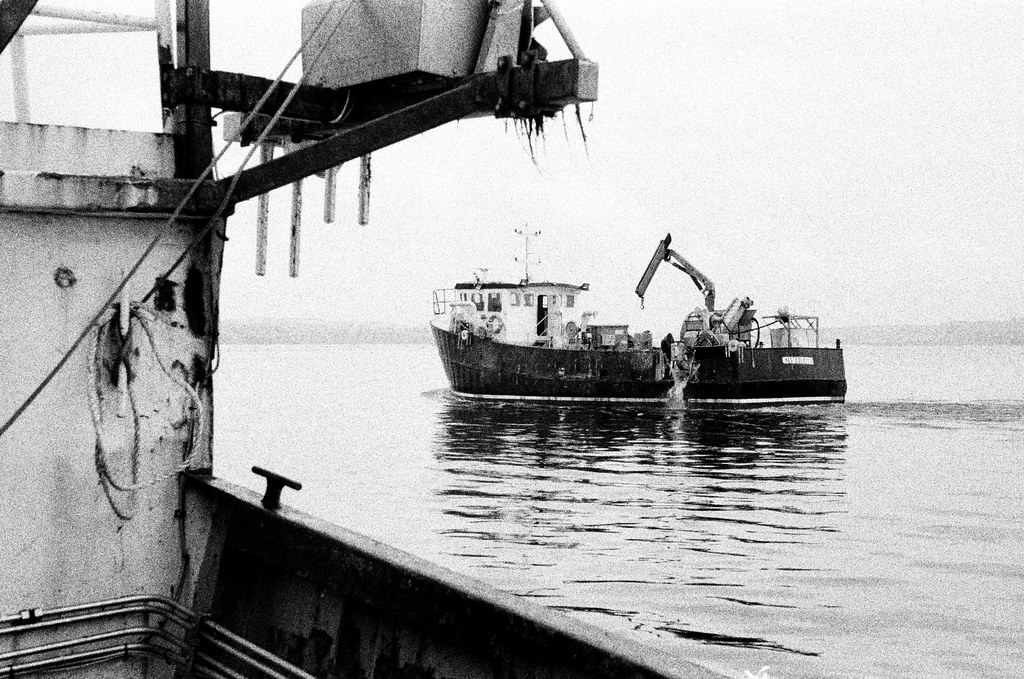 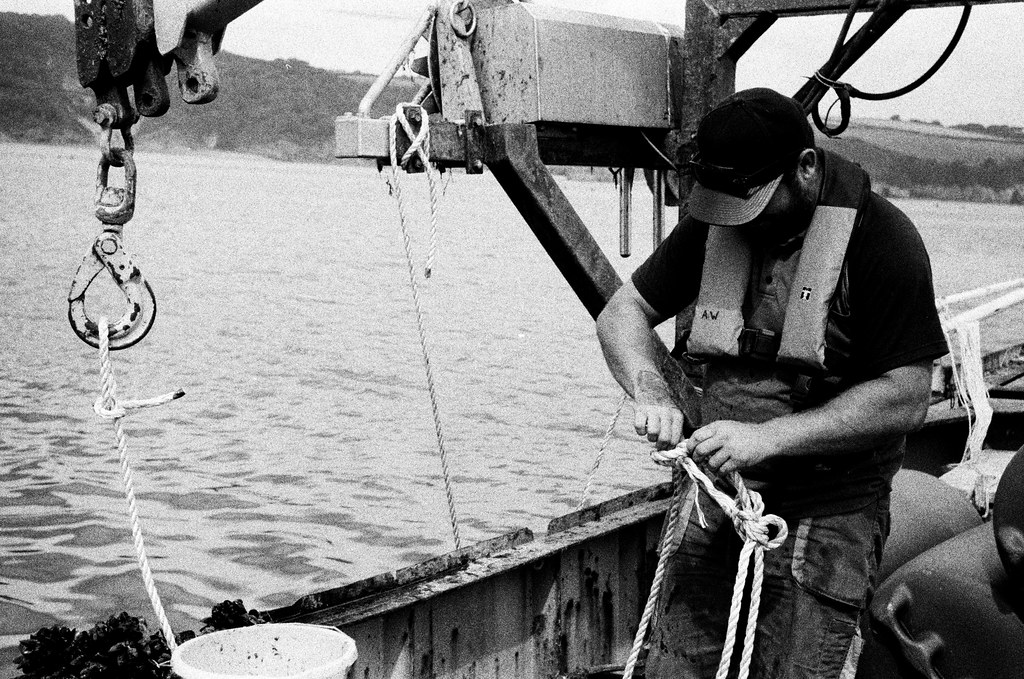 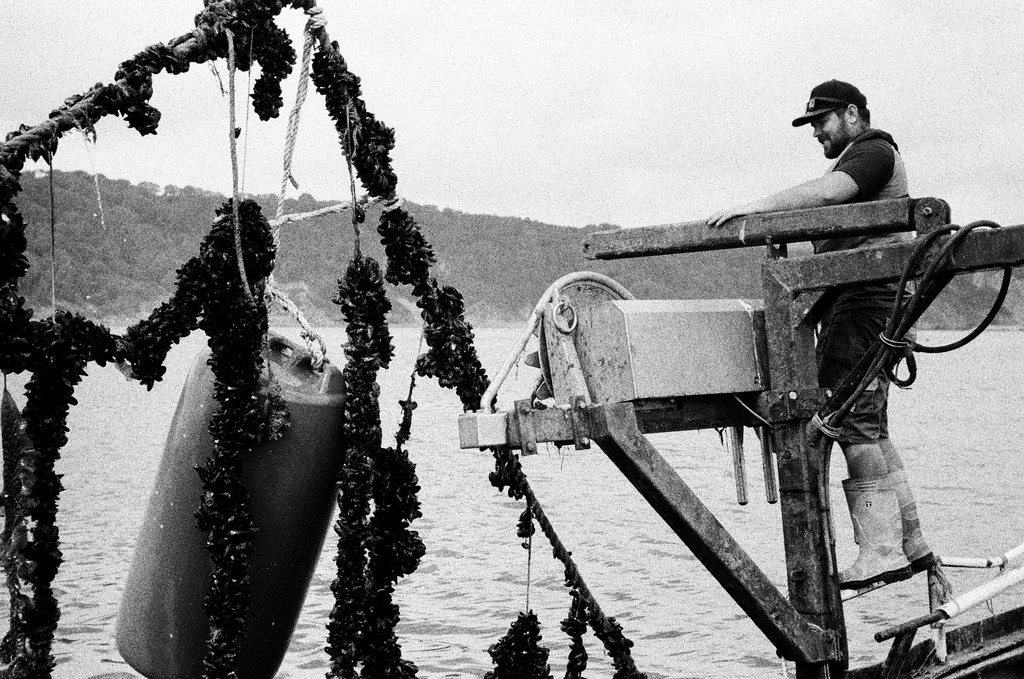 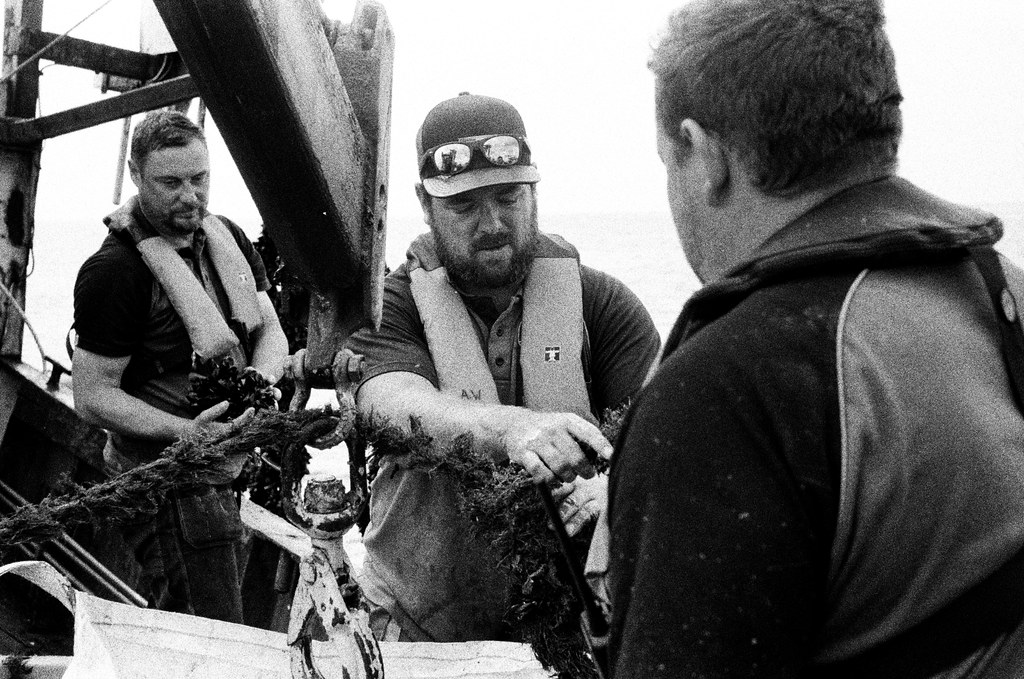 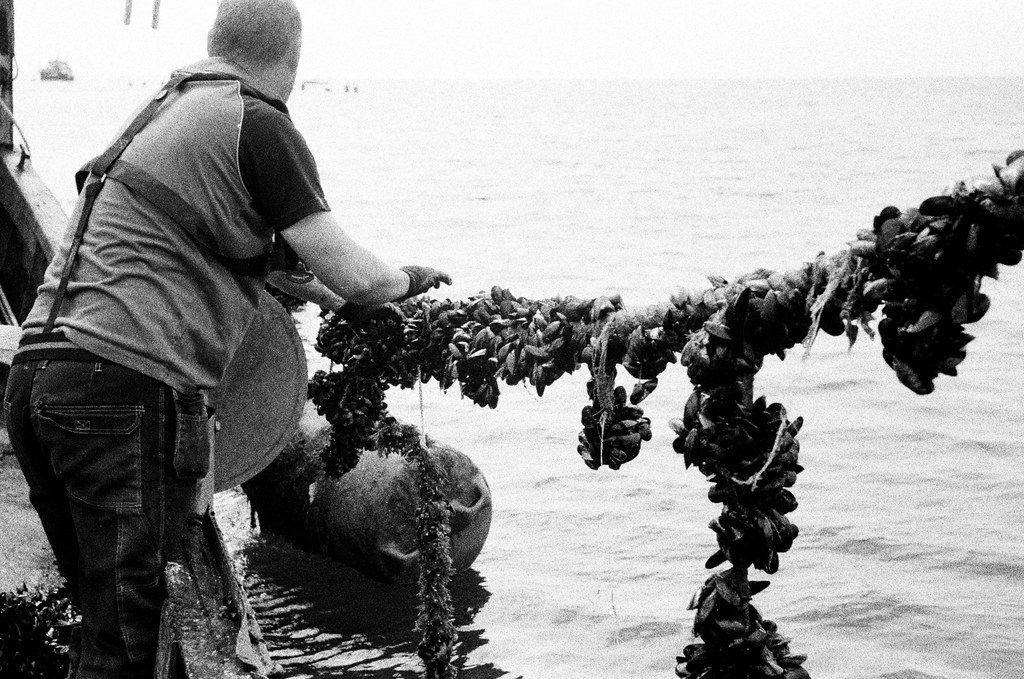 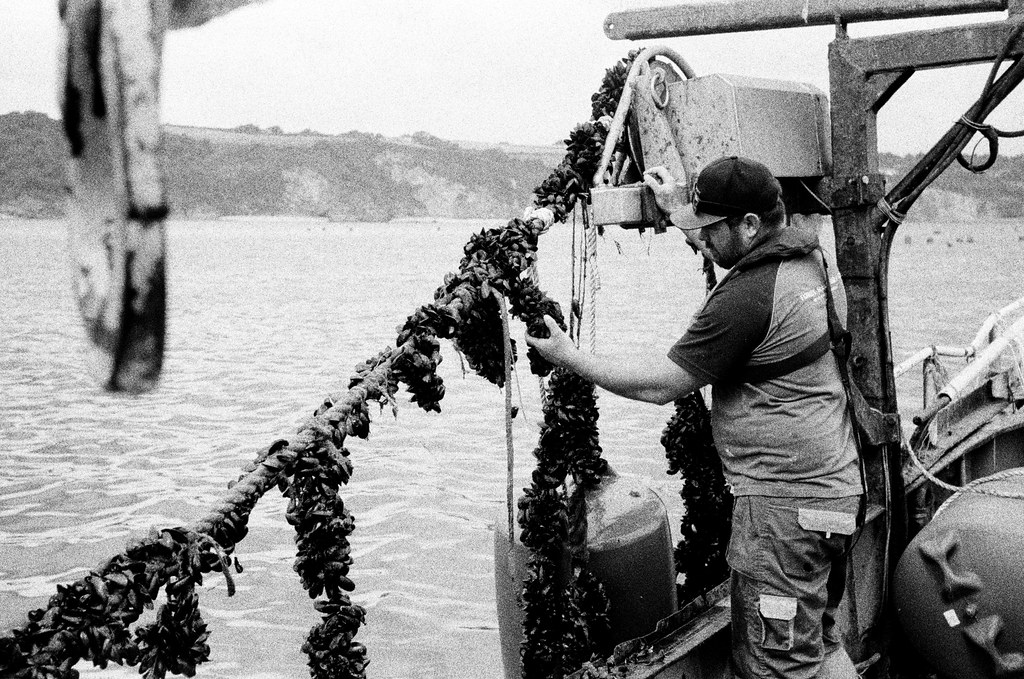 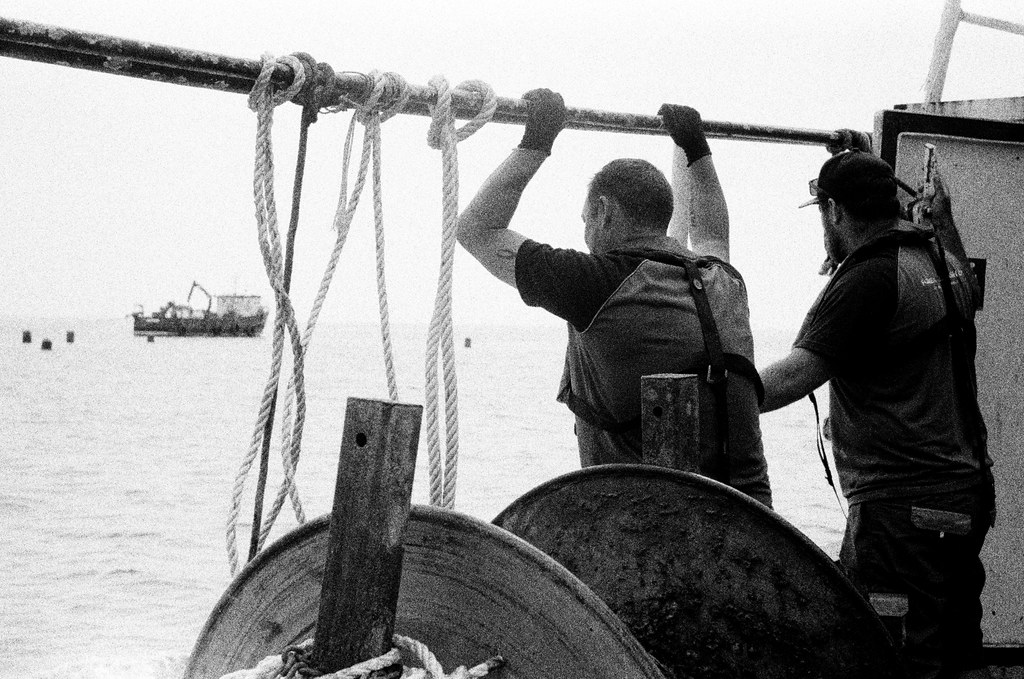 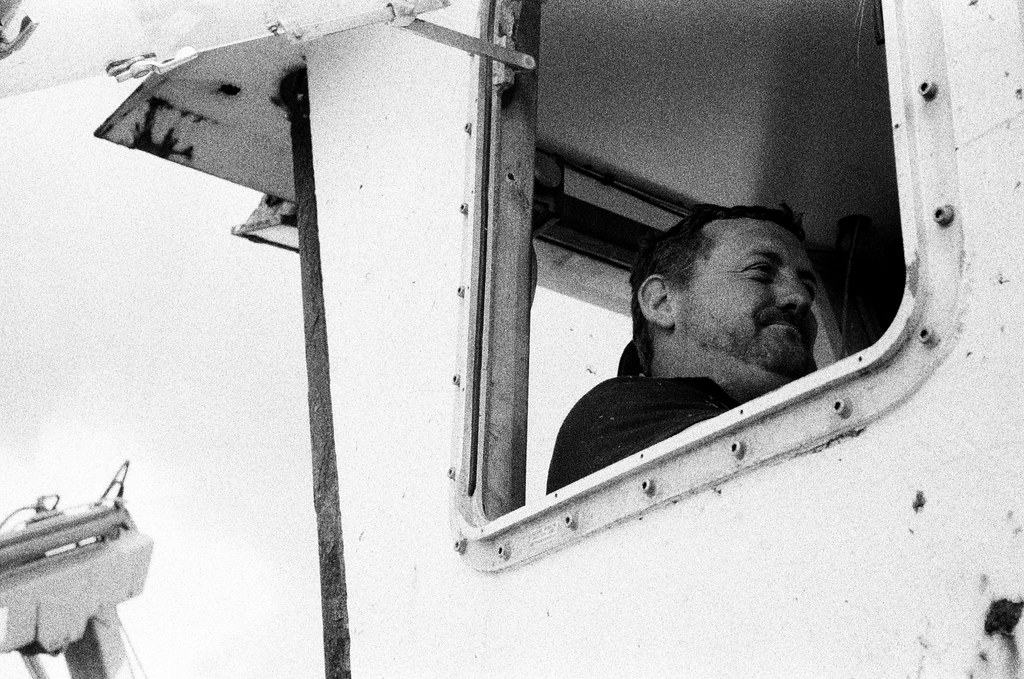 Of course, what I couldn’t see in the little preview windows was the extent of the grain. When I first opened them in Lightroom I was a little disappointed, but after letting them sit for a few days, I think I’ve decided I quite like the narrative that the high contrast, grainy and black & white images present.

It’s impressive how well Kodak TMax P3200 held up to the abuse too, I think. I’m definitely going to come back to the EI1000 experiments I talked about in my previous post, but before I do, I’ve loaded a roll into a camera that I’m shooting at EI400. I’m going to try to be a little more strict with my exposure, and then have it pulled with times for 400. I wonder how much more fine the grain could be if I’m a little more careful with it…?

If you want to buy this film, I also recommend Analogue Wonderland as my chosen film supplier. They stock P3200 here, but also supply something like 200 other films making the website interesting to explore as well as purchase from.

You can find all my photos taken with this film here, and see this whole series of posts and other relevant content here 5 Frames from Dog Green, Omaha, and a Leica M6 - By Torsten Wulff