When I first heard about the 7Artisans 35mm f/1.2 lens, I must admit I was a little bit disappointed that it wasn’t a full frame lens. The first images I saw of it looked a little odd too – they certainly didn’t do the design of the lens any favours. I’ve also not been massively overexcited about the CSC lenses 7Artisans produce, with my main interest really being in what they make for M-mount cameras. As such, I’ve found myself all the more surprised with how smitten I am with the 35mmc 1.2 – it’s a crazy little lens, but I can’t help but really like it.

All things considered, I think the first point to note is that it’s quite cheap. The list price out of China is $145, this works out as £130(ish) once you’ve paid the duty and vat into the UK. For a 35mm f1.2 lens, that doesn’t feel like a lot of money.

Of course this is a little reflected in the quality of construction. It’s fair to say that the 7Artisans 35mm f/1.2 doesn’t feel the most highly polished bit of kit. It’s fairly similar to the 55mm I recently wrote about – though there are some build quality advances. Like the 55mm, the aperture isn’t clicked, though it is quite nicely damped. The focus isn’t quite a grainy feeling as my copy of the 55mm, instead it somehow feels a bit rubbery, rather than silky, if that makes any sense at all? This all said, I think it’s worth acknowledging that like the also-later-released 12mm 2.8, it has the nicer quality lens mount that doesn’t rotate quite as much on the mount at the 55mm lens does. In use, the 7Artisans 35mm f/1.2 is a odd lens, but to be fair to it I think some of this comes from the fact that it’s also a very small lens – especially for its specification. I think it’s actually slightly smaller than the 25mm 1.8 lens 7Artisans also make. As such, I’ve found it makes for a great compact carry everywhere lens. The small size does come with some compromise in terms of usability. The aperture is damped slightly heavier than the focus, but with it being the control that sits next to the camera rather than it being in the conventional position at the front of the lens, it feels more natural to me to try and adjust focus by grabbing at the aperture control. This is despite the fact that the focus control has such a prominent shape. I suspect I’ll get used to this given time, but since I’ve made this error every time I’ve used the lens so far, it felt worth acknowledging.

Probably the most eye catching thing about this lens is its on-paper specification as a f/1.2 35mm. Unfortunately, it’s only designed to be used on aps-c cameras, as such, that specification is a little less exciting than it would be if it was a full frame lens.

I feel like I’m starting to sound like some sort of Sonnar fetishist… Genuinely, I didn’t clock the formula on the back of the box until a good few days after I shot with the lens for the first time. One way or another, for those interested it is a Sonnar based formula lens…

Well, where to start? Optically, the 7Artisans 35mm f/1.2 is far from perfect. You’d be mad to expect it to be perfect at this price point/size/specification. In fact, in some ways it’s a little crazy.

To start with, check out this flare. I’ve spotted this a few times now, but this is the only shot I captured it in such glory. Funnily enough, despite it being of a very different optical design, the m-mount voigtlander 35mm 1.4 also exhibits rings of rainbow flare, though not to this extent. 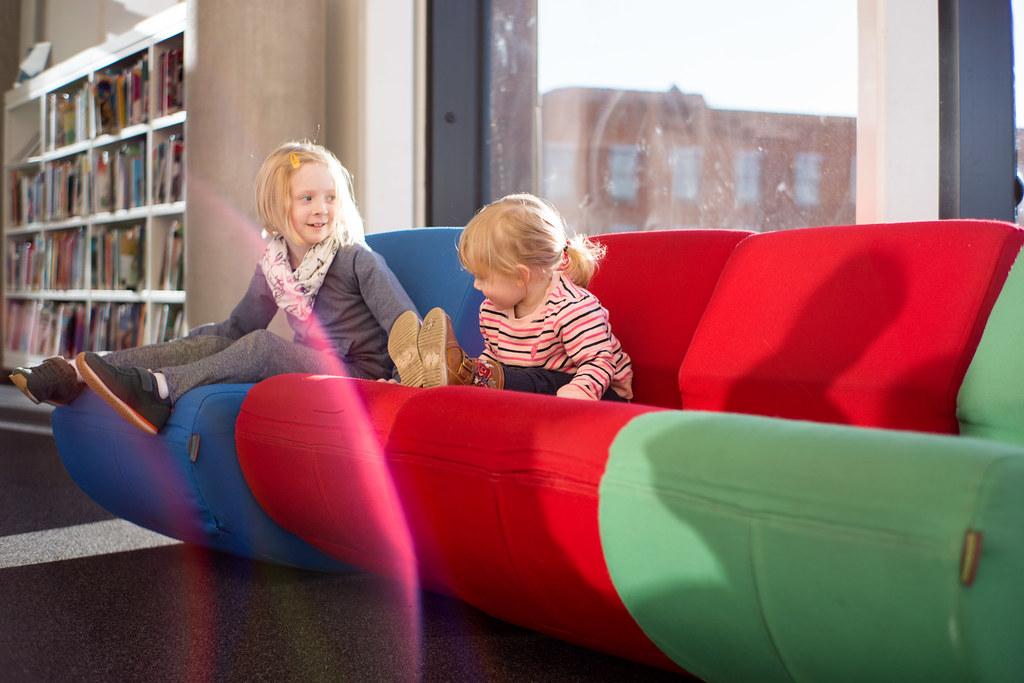 It’s also prone to some quite heavy veiling flare with a light source behind the subject. 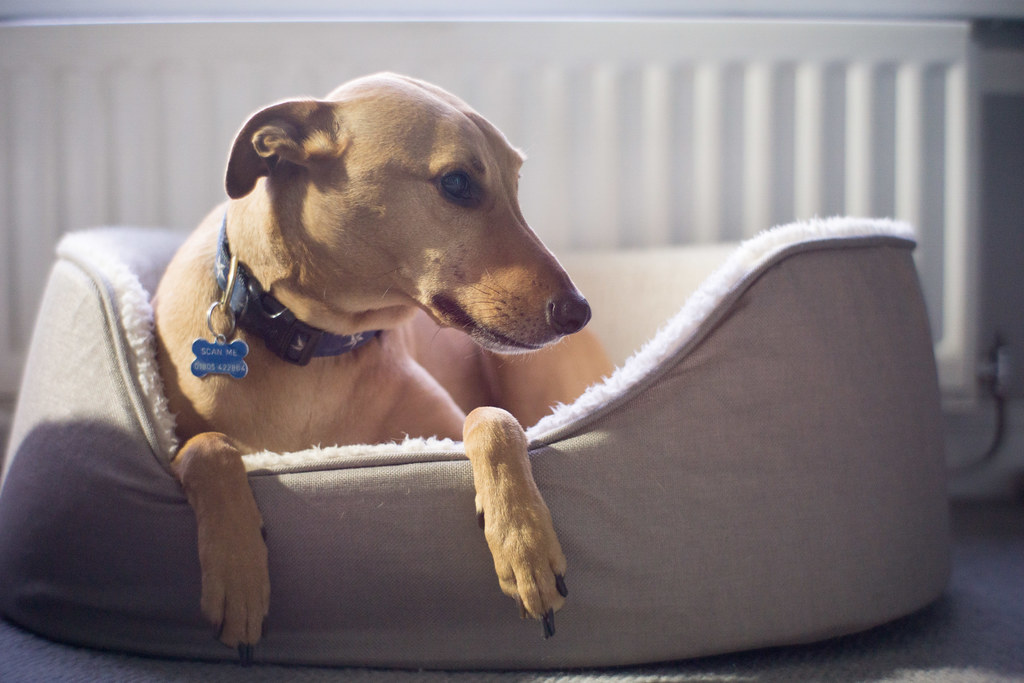 I’ve also noticed some distortion – this seems to be most noticeable when closer focusing, though to be honest I perhaps havent shot it exhaustively enough to confirm that… One way or another, barrel distortion is definitely a thing here! You can see this in the image of Stanley above (look at the top of the radiator), and in the wall to the far right here: 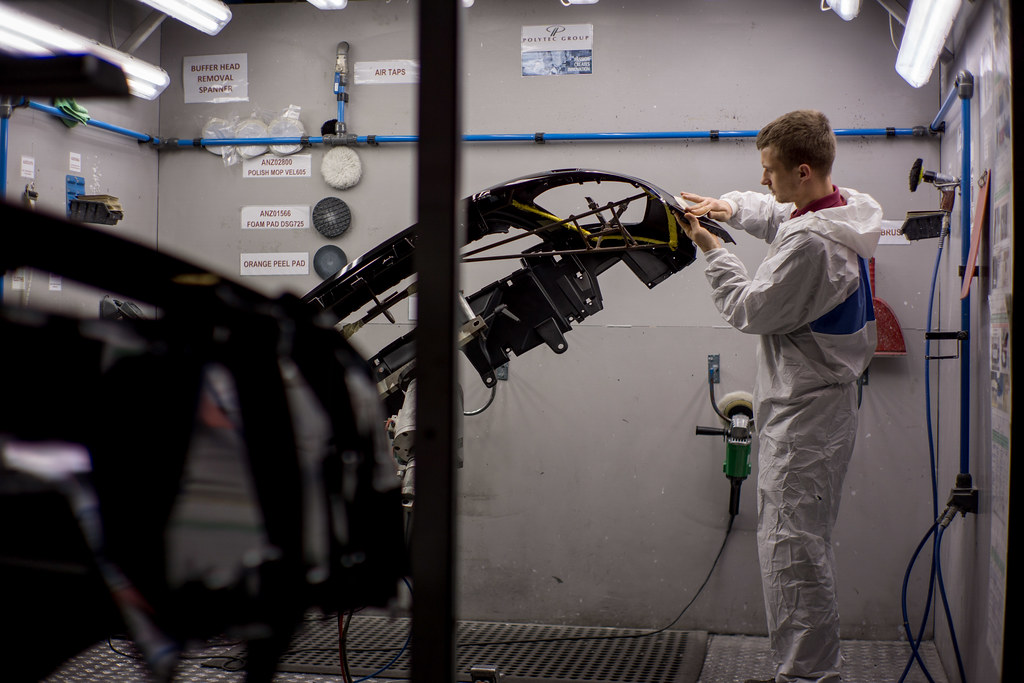 The issue with I’ve noticed that will likely bother the most picky is a slight smearing into the far corners, even stopped down. Personally, I don’t find this an issue as I’m most likely to be using the lens wide open at closer quarters where this won’t be noticeable. If you’re a bit of a perfectionist and looking for the perfect carry-everywhere, this might bother you…

Short of the corners, it’s an acceptably sharp lens. Of course, it’s far from the likes of the Voigtlander 50mm f/3.5 which gave me a bit of a benchmark for just how capable these little Sony a5100 cameras can be when it comes to resolving what a lens is capable of. By comparison this lens’s resolution is quite low, especially wide open. 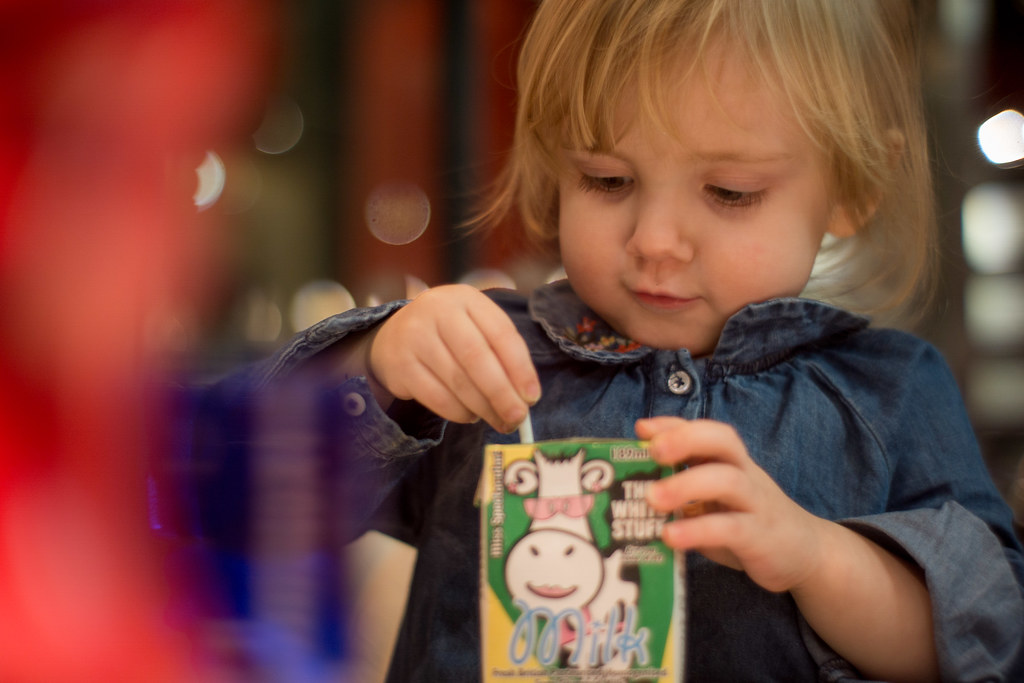 That being said, subjectivity speaking I’m more than happy with the results. Bear in mind this is a camera/lens combo I’m mostly likely to use for photography of my kids, perfect sharpness isn’t exactly something I’m going to be too worried about. 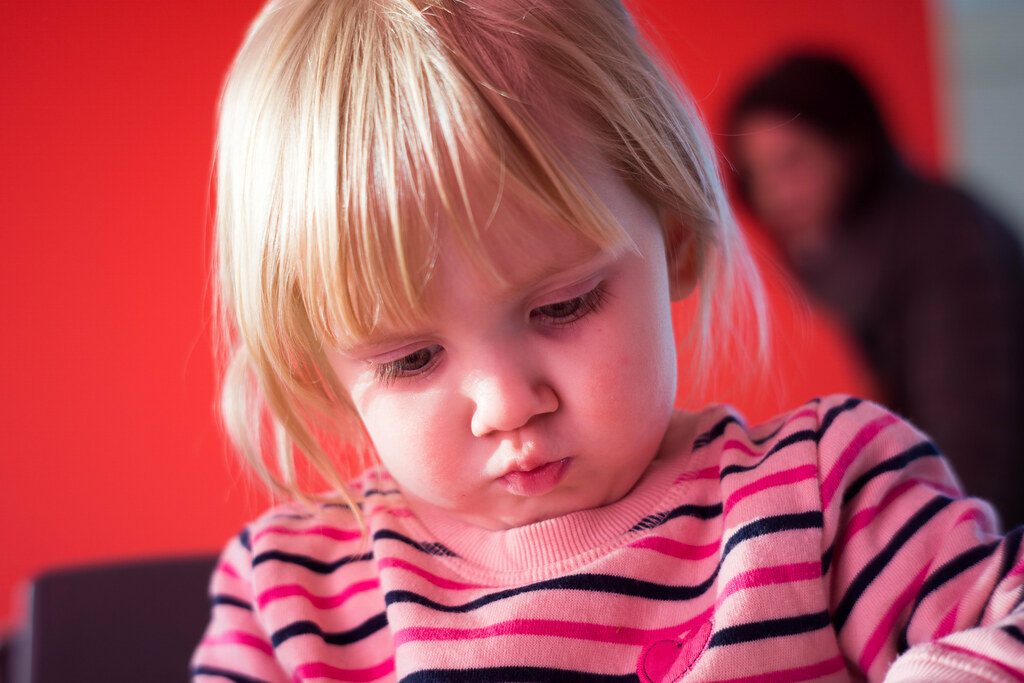 Wide open contrast can be a touch low too. I’ve upped the overall contrast of the images in this post which of course hides it a bit, but you can still see the impact of the lower wide open contrast. 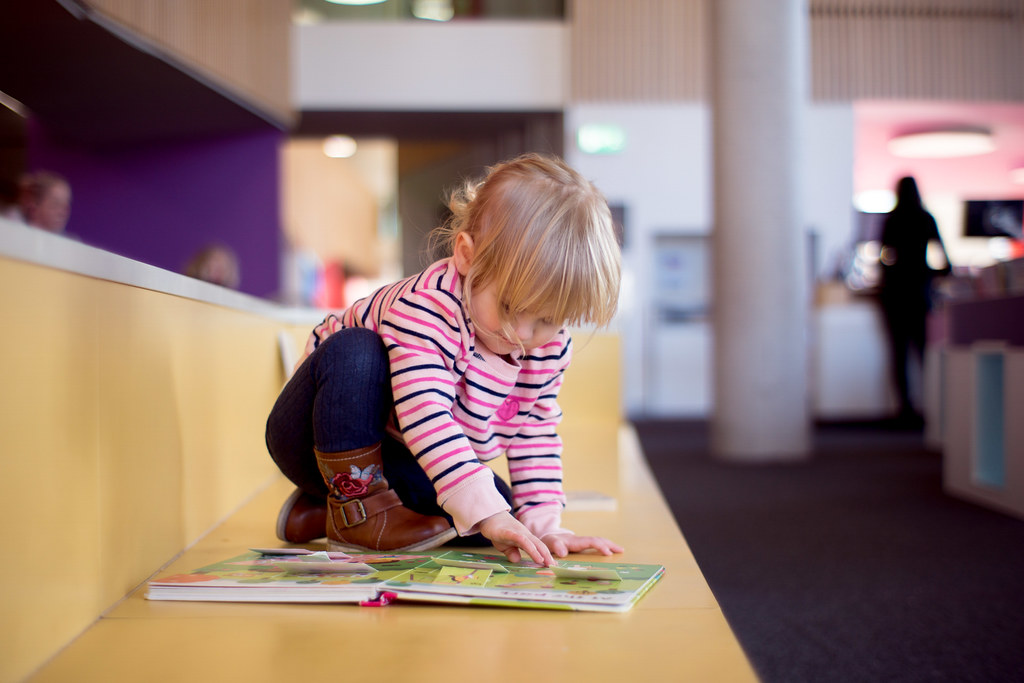 I think it’s also worth noting the “glow” when shot wide open. The transition to out of focus is emphasised a little by what’s probably a bit of spherical aberrations. This gives that slightly glowy feel to what’s close to in focus. Combined with the slightly lower resolution, to my mind that amounts to a really nice gentle rendering. But I’m sure it won’t be to everyone’s tastes. 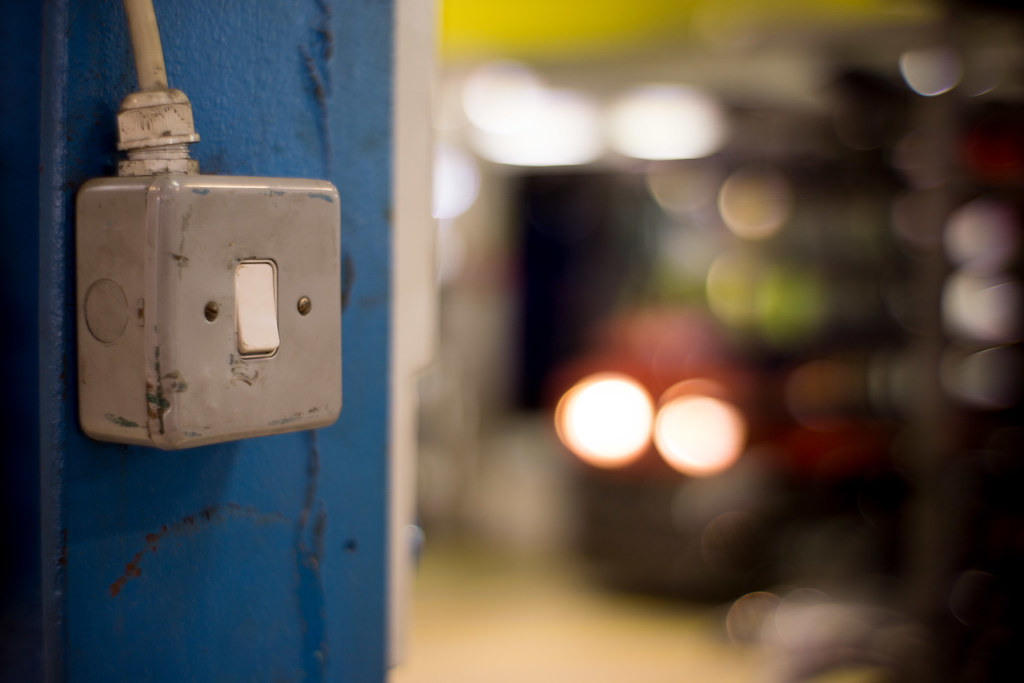 Wide open bokeh can be a little wild, but to be honest, it’s not as barmy as I expected it to be. Depth of field is far from as shallow as the 50mm 1.1 on the Leica, as such the out of focus rendering isn’t quite as overbearing or prominent feeling in equivalent photos. That being said, it’s certainly not the perfectly smooth and creamy bokeh some people seem to strive for. 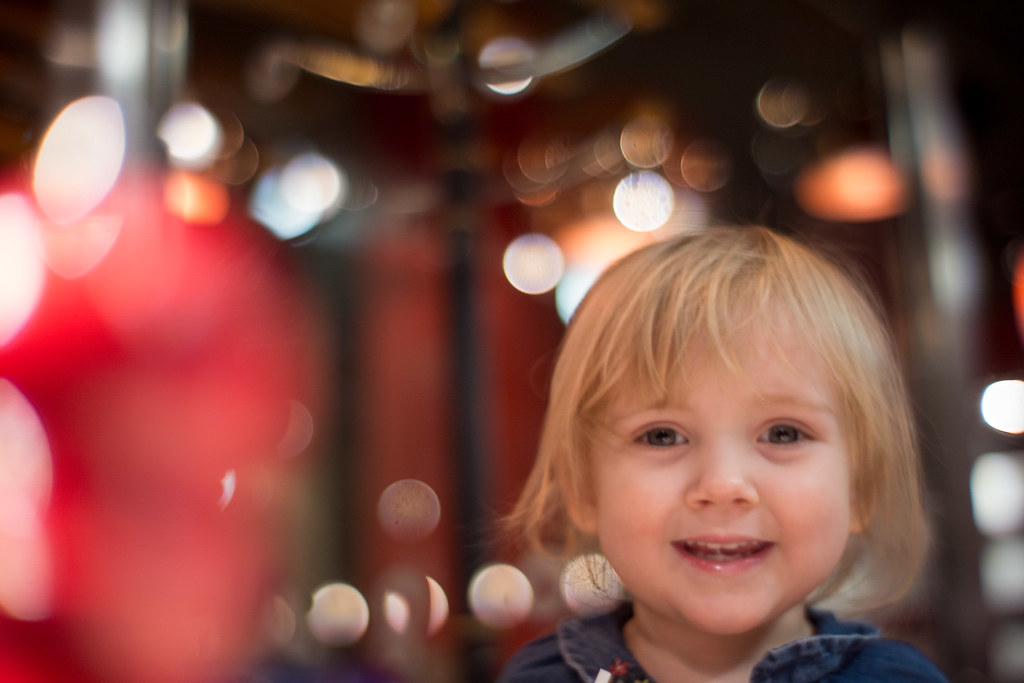 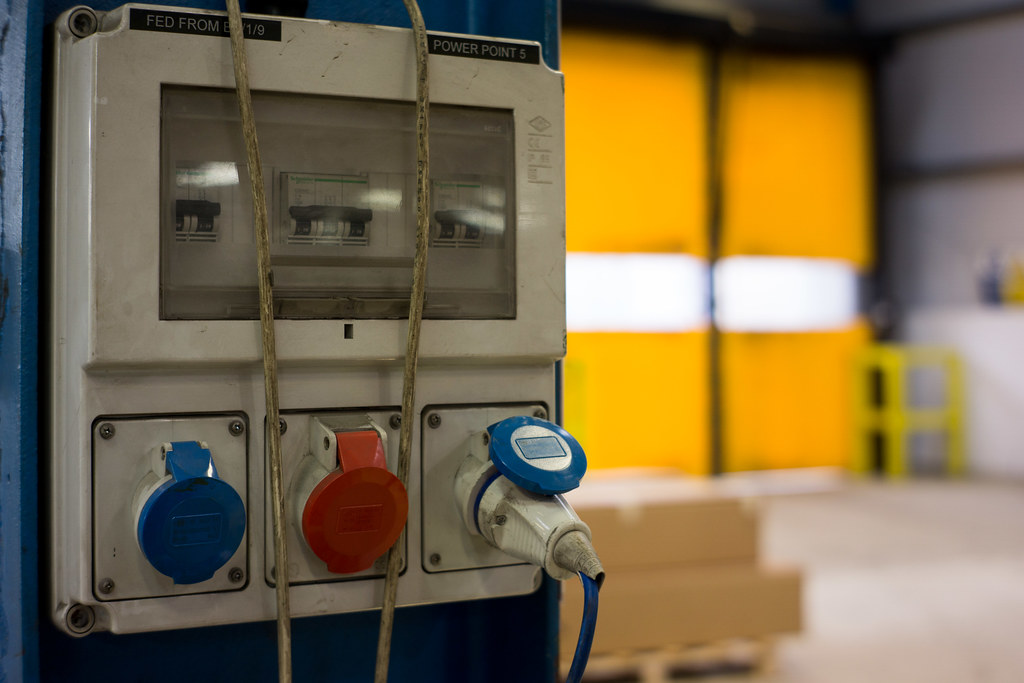 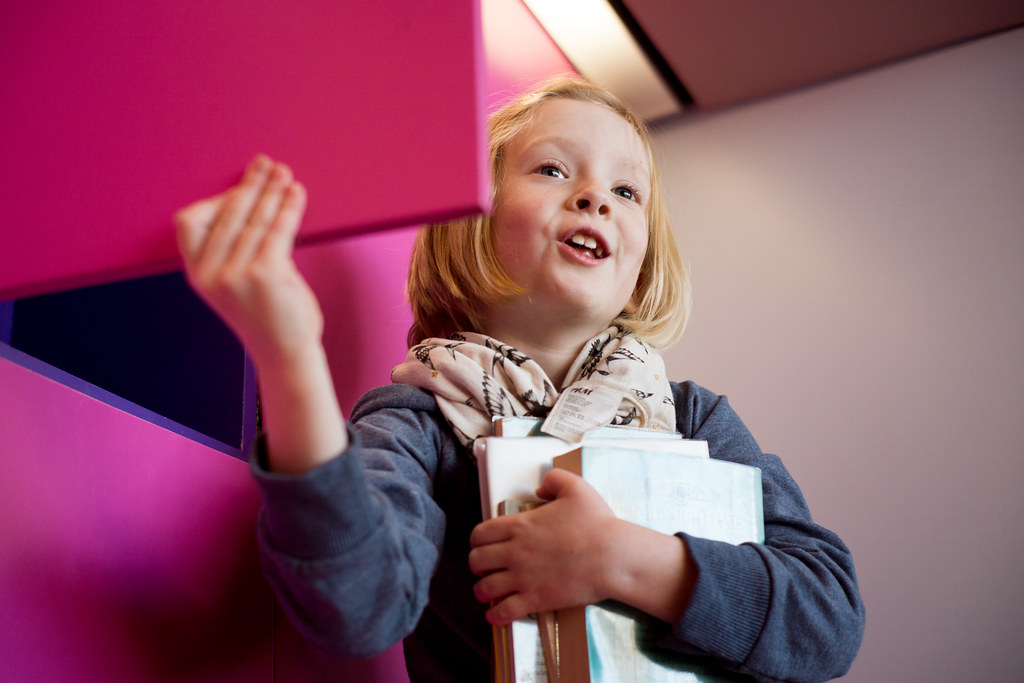 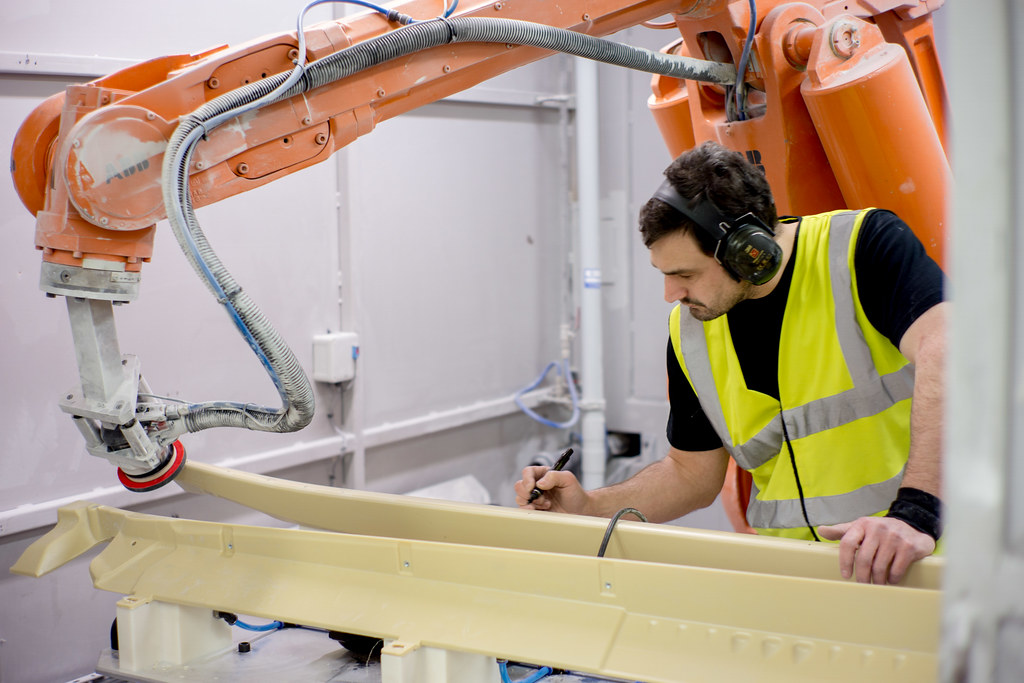 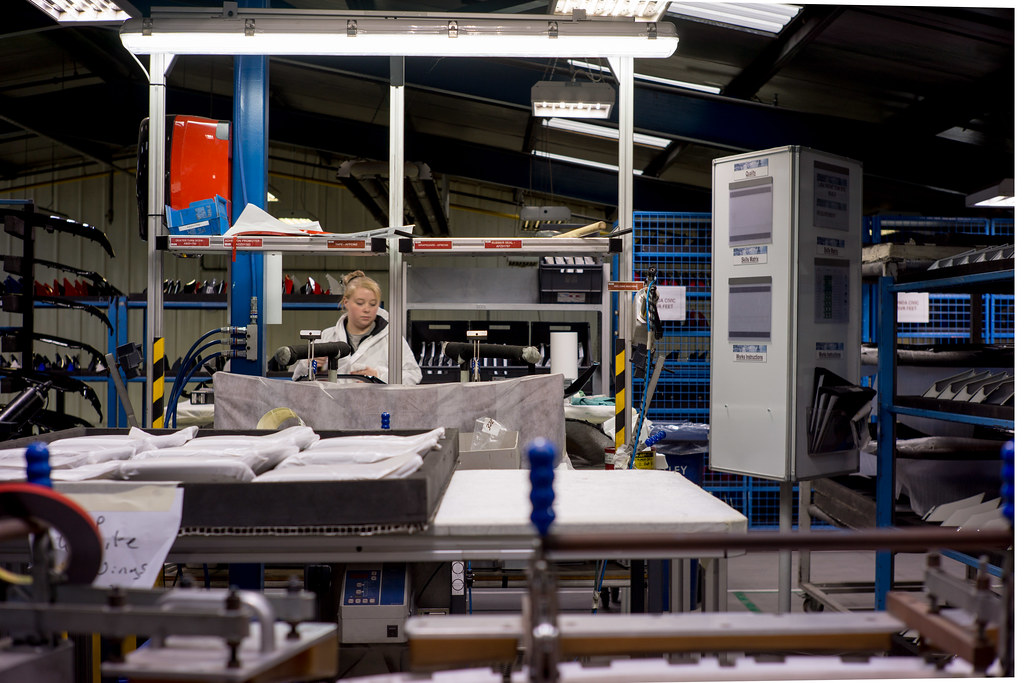 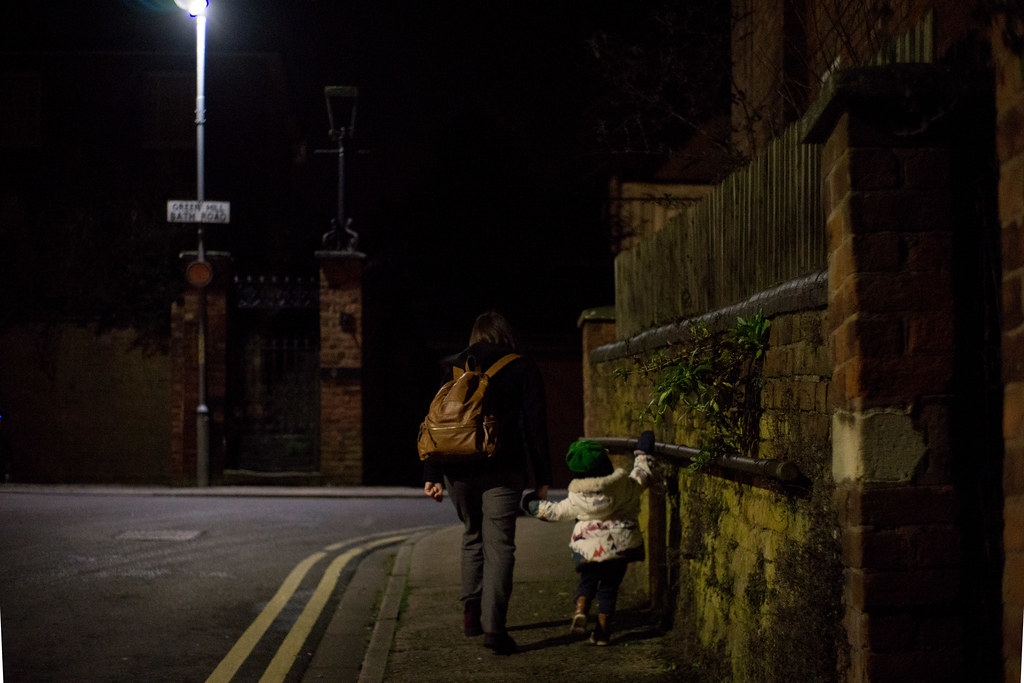 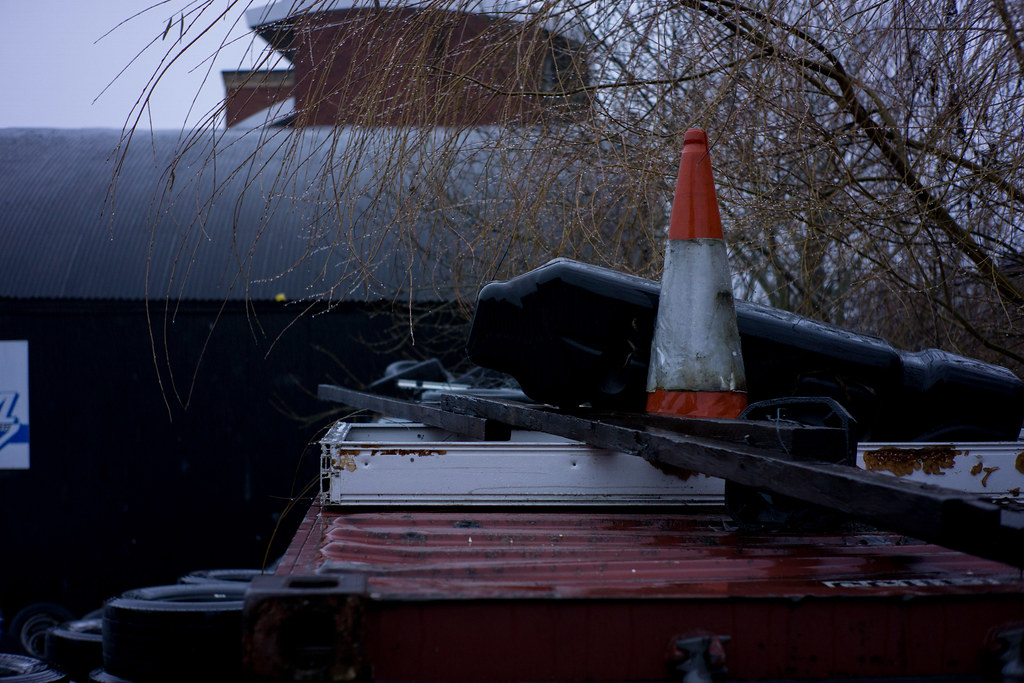 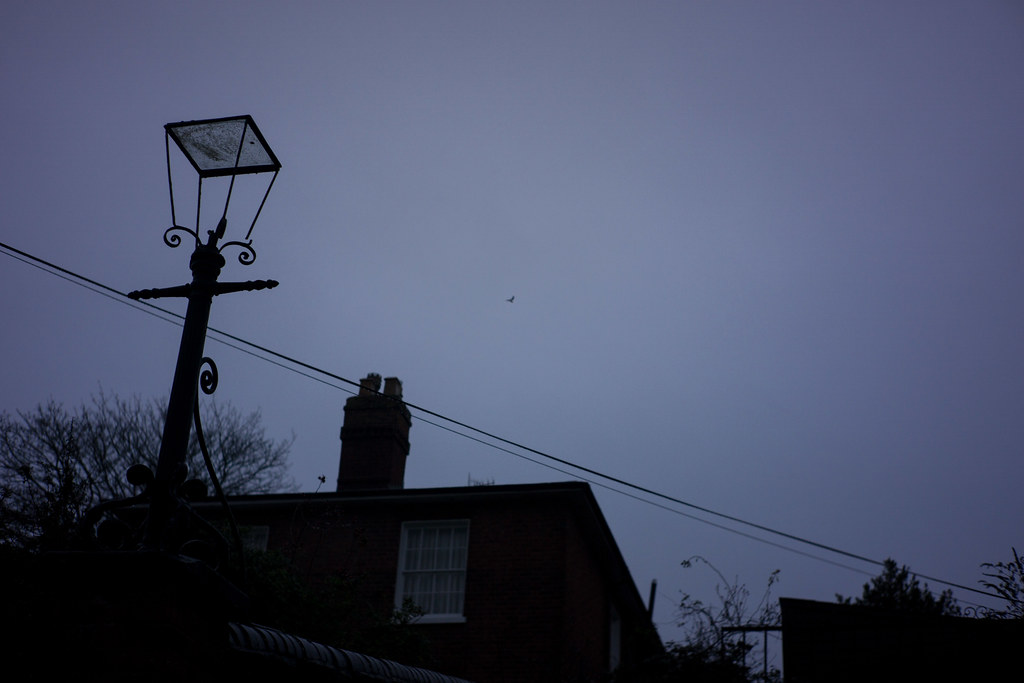 As you can probably see by the amount I have written about the 7Artisans 35mm f/1.2 compared to the 55mm 1.4, I’m a little more taken with it. Quite a bit more in fact. To be honest, a lot of that comes from a combination of its size when mounted on the camera, it’s effective focal length being 50mm (my preference) and it’s speed compared to my usual 2.8 carry-everywhere lens.

Like the 55mm, this lens feels to me a little like a “vintage” lens reimagined with modern coatings. It’s far from optically perfect, but has a charm in the way it renders that I really like. I could probably do without the rainbow flare, but I’m going to start experimenting with hoods to see if I can solve that. But even if I can’t, the rest of the way it renders is right up my street. Wide open, especially it has a gentle sharpness that falls off really nicely to out of focus. This is a trait I commonly find in fast Sonnar formula lenses – and as if I haven’t mentioned it enough times on this blog – this is a look I really like.

Outside of my joy for the Sonnar formula, to my mind the 7Artisans 35mm f1.2 lens does seem to offer pretty great value. It might not be built to the exacting standards of something out of the stables of the big boys, and it might offer a slightly unusual user experience but neither of these factors are deal breakers at the price point… Ultimately, if you’re looking for a 50mm equivalent fast lens for your aps-c camera, it’s hard to argue with the 7Artisans 35mm f/1.2 !

You can buy this lens off my website here, though I don’t hold much stock. If I don’t have stock and you don’t mind waiting you can back-order here. Otherwise you can buy these lenses directly from China on Amazon here