My very first barn-find Yashica T5 had proven itself to be a stinker. First it made a heck of a racket every time it took a picture, and the lag between pressing the shutter button and the lens actually extending to focus and snap was far too long for my liking. The autofocus was more miss than hit, the squinty viewfinder had no real useful information, and the novelty of the Superscope wore off soon after I’d realised it didn’t fit into my style of shooting.

The battery door was coming loose, there were three hairline cracks in the plastic base of the camera, and to top it all off, the blasted thing stopped working altogether after the sixth roll I put through it.

A real shame then, since despite all the flaws that I had to endure during my time with the camera, it had exactly the lens I was looking for: a 35mm built in the Tessar formula. As much as Hamish is obsessed with his hunt for his perfect Sonnar, I am rather crazy about these simple triplet lenses. The 50mm f/2.8 Elmar (technically a 4-element lens), the Contax/Yashica 45mm f/2.8 Tessar, the rather finicky-to-operate Nikkor 45mm f/2.8 GN, the Tessar-equipped Rolleiflex MX, and a very short stint with MS-Optics very own 35mm f/3.5 Perar were all fondly remembered flings of mine. Trading off speed for a much lighter, compact setup, yet not losing much in terms of contrast or sharpness, I’ve always liked having at least one Tessar in my kitbag, and the Yashicas’ were one of the very few options I had in that focal length.

Foolishly, I had long since sold off the now very lifeless Yashica T5 as spares when I stumbled upon Miyazaki-san and his magic ways of adapting lenses from all sorts of compact cameras to both the LTM and M mount.

Snagging a perfectly working T4 or T5 would have cost me an arm and a leg, even back then. The ones being sold for parts were out of the question as well, with all those that I had come across having some problem or other with the lens. And the one already converted example that was selling on Map Camera was priced far out of my reach. So I quietly shelved the idea.

Until my lucky break. 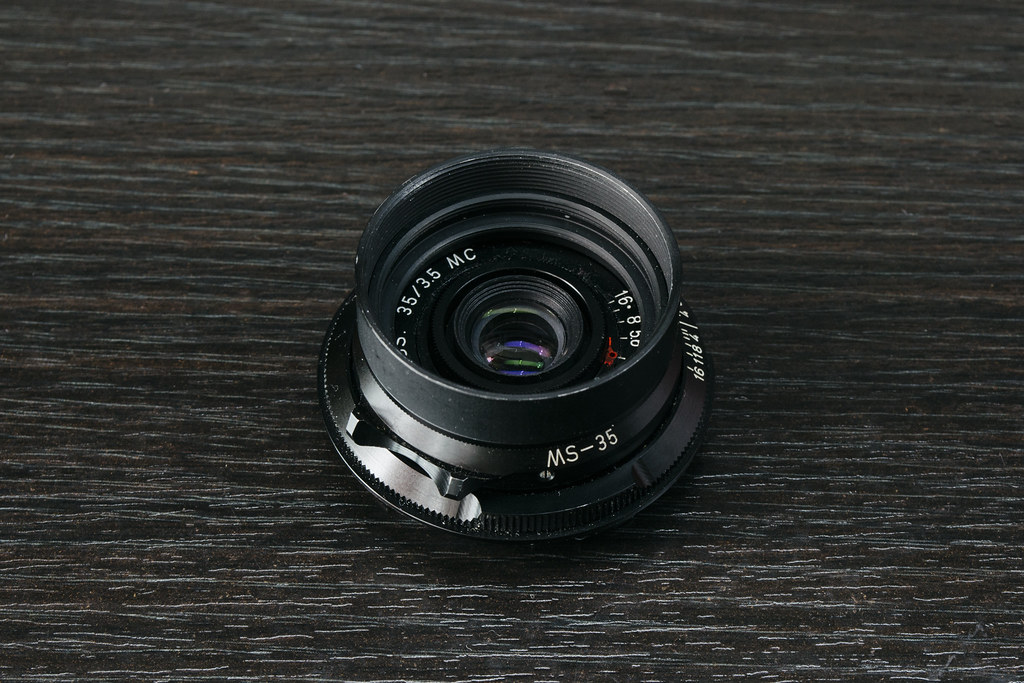 Well, of course the story has a happy ending, or this review would never exist. Just a few weeks after the whole excitement and resulting disappointment had run its course, I popped onto the usual photography forums for the ritualistic browsing of threads and classified ads when there it was.

There have only been a few times in my life where I’ve plonked down cash faster.

An agonizing 2 weeks passed before it arrived at my doorstep, halfway around the world from its previous owner. I tore through the box, the bubble wrap, and there it was. A tiny gem in the palm of my hand. It would take me another 2 days before I even noticed the seller had forgotten to include Miyazaki-san’s handwritten note on how the lens had performed in testing.

Two words: power pancake. This thing is tiny, and that is including the circular hood! Removing the screw-on hood just reduces the lens to the size of a lens cap, but I prefer to leave it on for the simple fact that the screw-in lens cap only fits the threads on the hood instead of the lens itself. 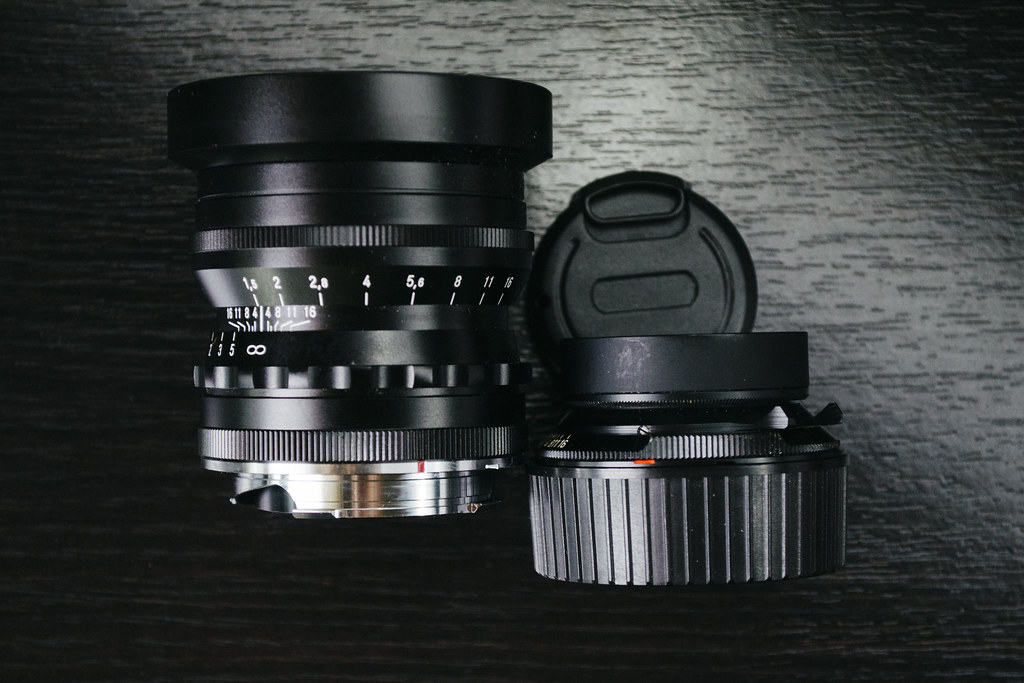 The included metal cap, while it is very nice and somewhat of a novelty, is definitely not the thing you’d want to be using daily, since it is just such a hassle to be twisting it on and off all the time. In light of that, I went down to a local camera store and bought a Chinese-made plastic snap-on cap instead. 5 quid, does the job.

The lens isn’t very receptive to filters too either, since the hood occupies the threads that the filters would go on. Again, more faffing about with accessories is not my idea of a simple, compact, commuting setup. That, and the fact that it completely obscures access to the aperture controls. While we are on that topic… 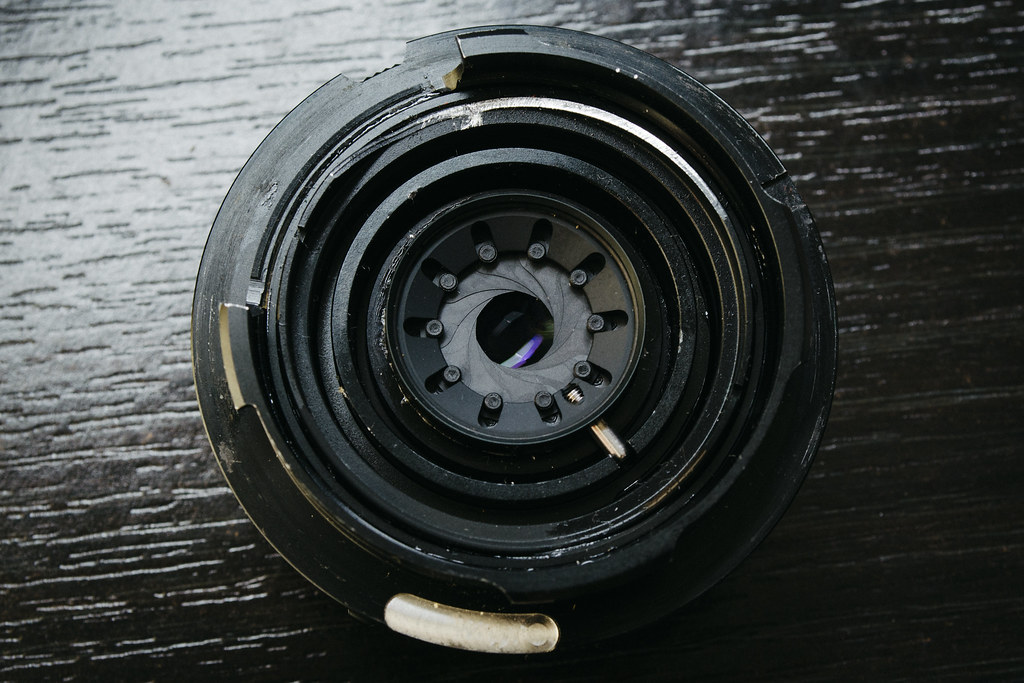 The aperture ring is a fiddly one, located at the front of the lens, right around the front element in fact. This makes it rather prone for fat, clumsy fingers to stamp nice oily fingerprints all over the blue lens coating. The aperture is unclicked too, so that doesn’t help with trying to make adjustments on the fly, but it is rather smooth for a hand-converted lens. There are many (rounded!) aperture blades as well, keeping the opening nice and perfectly circular at all settings, though in real-world use I find it barely makes a difference with the relatively slow maximum aperture. 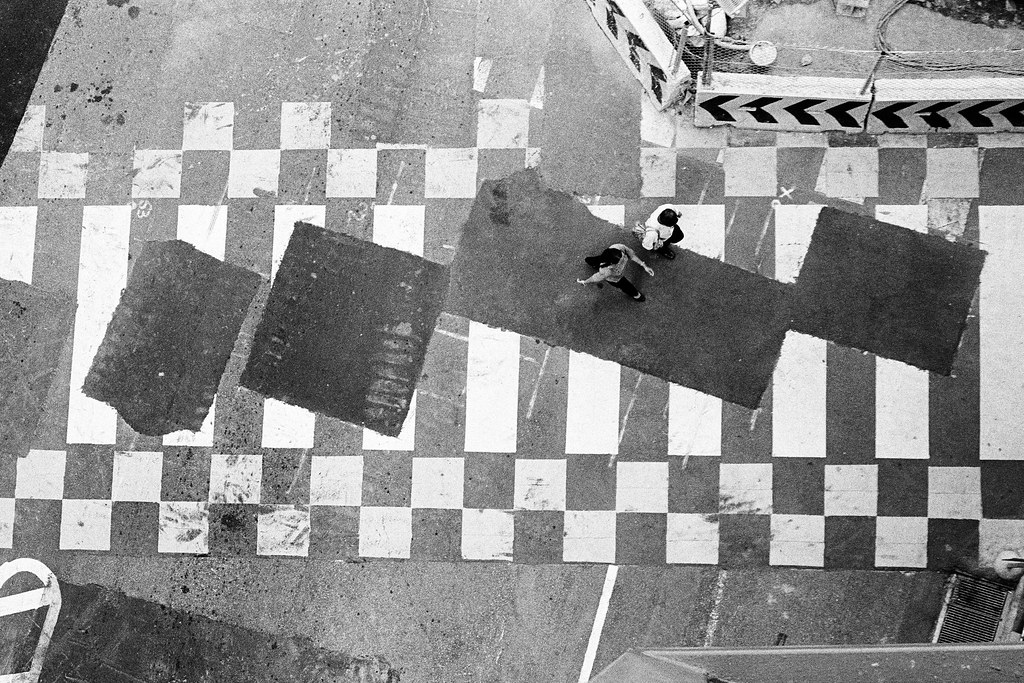 This lens bites. Nail the focus right – which isn’t hard to do given the focal length and the slow maximum aperture – and you’re in for a treat. I won’t go into very much detail about how the lens performs optically, since there are tens upon tens of reviews out there for the T4/5/Slim, and even more sample images. The lens is pretty unshaken when pointed right at the sun or similarly bright and focused light sources, and I haven’t seen a peep of veiling flare from it even after quite a number of rolls with the lens. I suspect most of that is down to the mythical Zeiss T* coating, but it could just as easily be the lens hood that I’ve decided to leave on the lens at all times.

Focusing with the Lens

There is a small nubbly – or rather, minimalist – lens tab attached right at the base of the lens, which is a valiant attempt at keeping things both simple and lightweight, but it falls short of being a practical way of focusing the lens. The half crescent indentation is simply not deep enough to reliably seat your finger in, and can prove to be a frustrating experience if you are used to the very ergonomic Leica/Voigtlander tabs.
That being said though, I have found my way around this small niggle – just grab on to the much larger circular lens hood, and turn that instead!

You see, the entire front of the lens turns when you focus the lens, and that includes the entire filter thread/lens hood assembly. With a much larger surface area for my stubby fingers to grasp on, just using the hood as a sort of makeshift focusing ring works just fine for me. 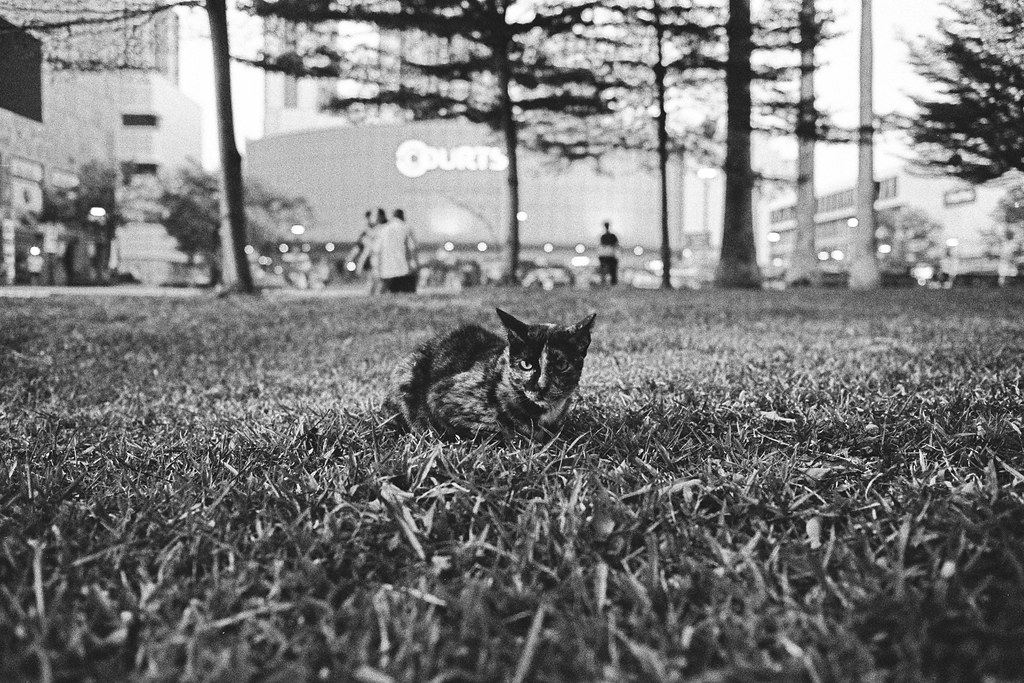 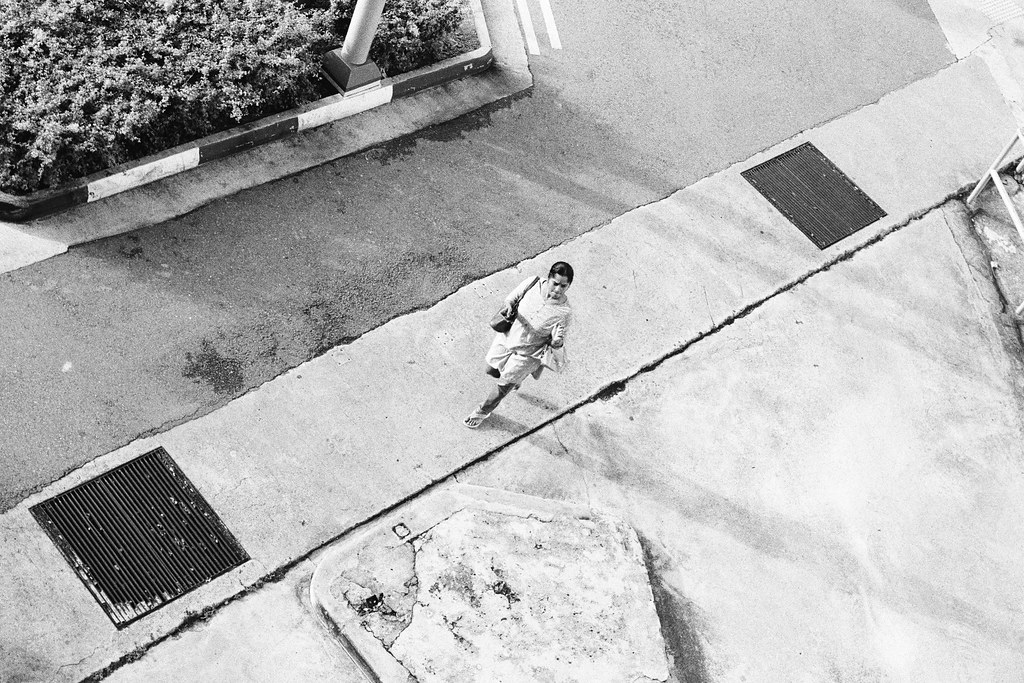 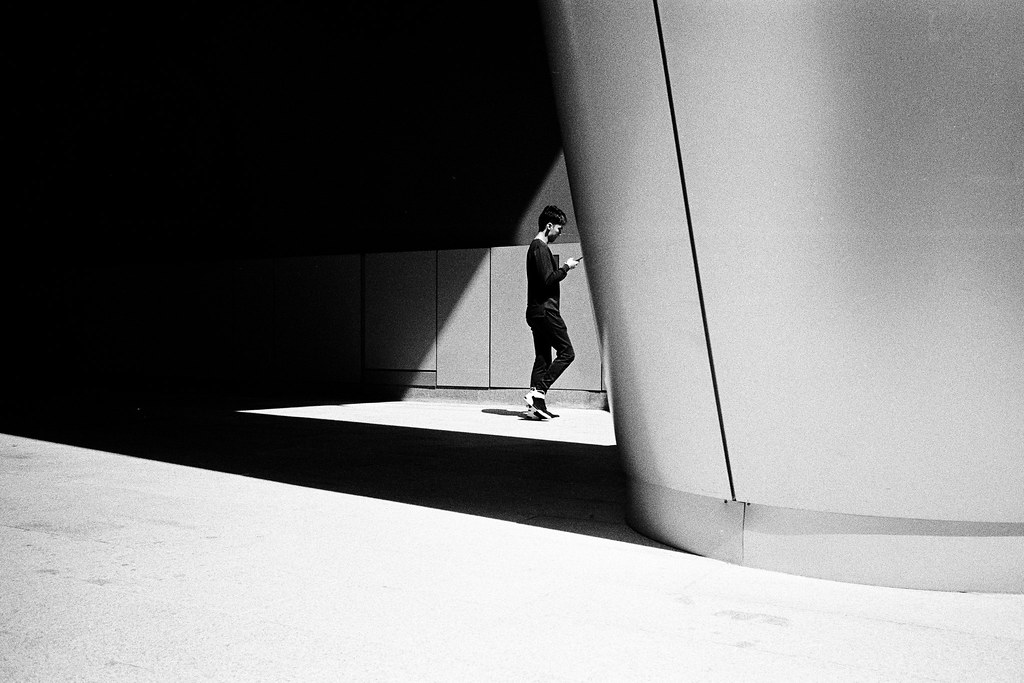 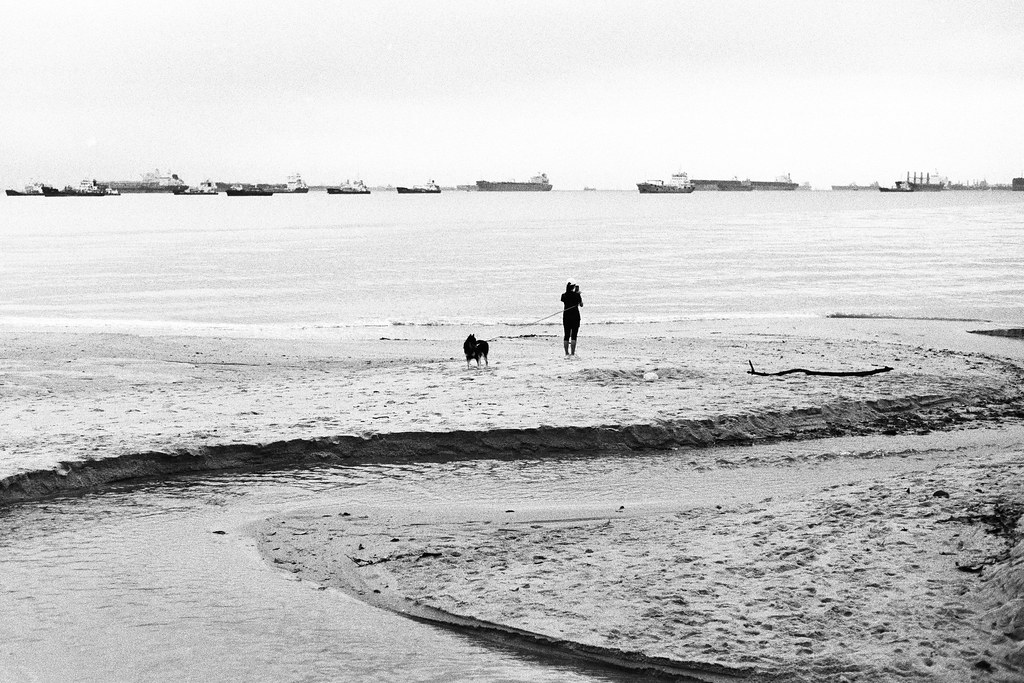 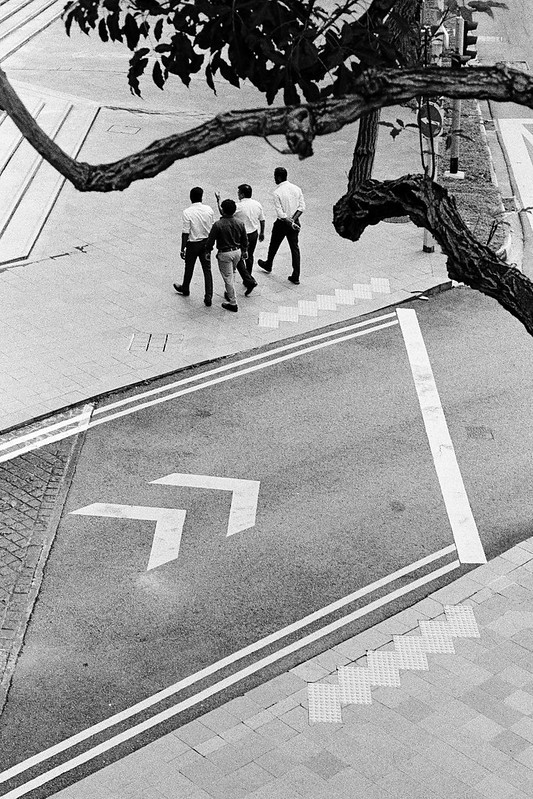 Well, I’d say this lens does a pretty good job in creating quite the killer compact combo on an M-mount camera, making it even possible to just throw in a small canvas pouch on the days where a short walk round the block is all that I have time for. Sure, the Contax T is both smaller and faster to shoot by virtue of its aperture priority control, but for a fully manual experience, this really is quite the piece of kit!
Well, if nothing else, it has found its way into my kit bag as an extra choice of focal length with none of the weight penalties of a conventional 35mm lens. And that in itself is enough to justify keeping the lens, quirks and all.

My Instagram’s here, a little more of my writing here, and my modest portfolio here if you have time to spare in your day. Cheers!