As with a lot of my articles, the reason I’m writing this is to solidify an idea in my head. That idea is that I have become a bit of a snob, that I’ve lost touch with something of the roots of this website, and I want to seek out more of the ways that cheap thrills can still be had shooting film.

The issue I’ve suffered, in short, comes down to the fact that it feels like everything within film photography has gone up in price. The point & shoot cameras I used to buy cheap aren’t nearly as easy to find cheap any more. Film has gone up in price, and so now I spend more money on it, I am more keen to spend more on processing it too. All this has changed my attitudes slowly, but quite profoundly over the last few years.

The cost of cameras

The inflated price of film cameras is something that I’ve discussed on this website before. I’ve previously talked about it in the context of making sure you know what you’re looking for – and the risks you’re taking – before throwing a pile of cash at film camera. More recently, I’ve also talked of the cheap thrills I had shooting a Pentax MZ-5. In fact, that article was possibly the root cause of this one.

It’s probably fair to say that this website hasn’t helped in the price inflation of certain film cameras. Everyone who’s ever evangelised about a point & shoot on 35mmc, one of the many other blogs, or probably to a greater degree YouTube, has likely helped encourage the purchasing of these things by a bigger and wider audience. In most ways this is of course a good thing. It demonstrates the health of the film industry, and I can’t help but be pleased that more and more people are dipping a toe into this little world of ours.

Unfortunately for me, it’s meant that the point & shoot cameras that I used to love to seek out as bargains aren’t as much of a bargain any more. In fact, in many, if not most cases now the cost of point & shoot cameras outstretches what I see as their real terms value – especially given their age.

All this has taken a bit of shine off them for me. There was something about hunting down a long forgotten gem for a fiver off ebay (often including postage), shooting it, and discovering its advantages, quirks and limitations as a camera. When it comes to point & shoot cameras at least, that’s just not as easy any more! 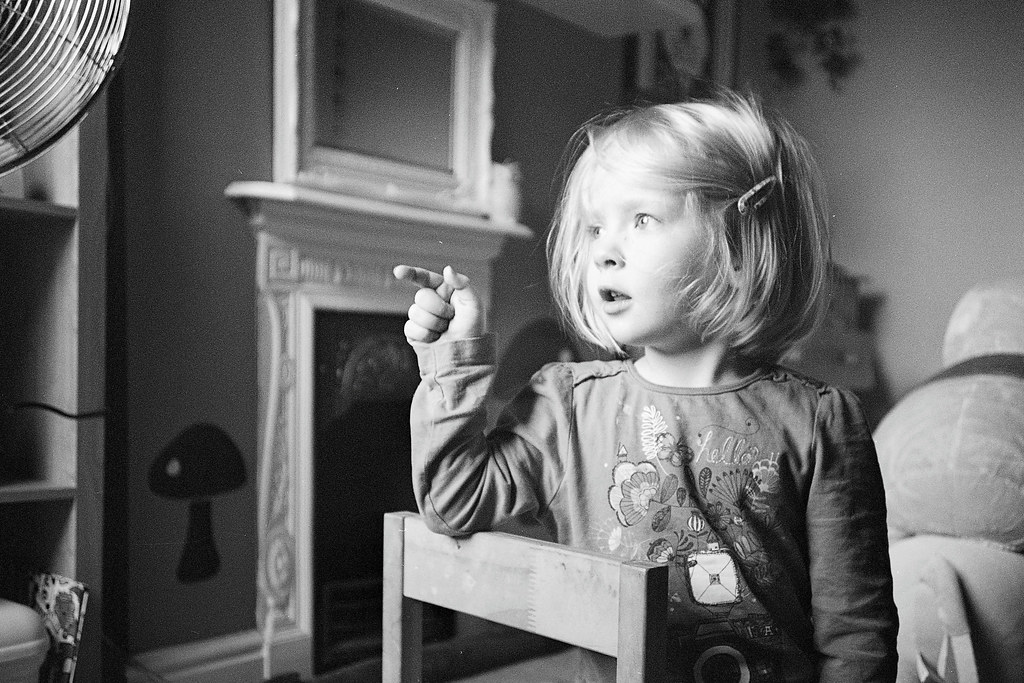 I’m not sure why – but the above image always comes to mind when I think of the fun I had with very basic point & shoot cameras. It was a taken with an Olympus AF-10 Super, a camera that I pushed to the limits of it’s capability. You could buy these cameras for a couple of quid not long ago, now they go for as much as £50 on ebay.

The cost of film

Of course, a cheap camera is only a part of the battle. Back when I kicked off this blog, you could still buy a roll of 36 exposure Agfa Vista colour film for a quid. Poundland then stopped selling the 36 exposure stuff in favour of the 24. Then they stopped selling it altogether and eventually started selling some other 10 exposure stuff which just felt like a rip off – read Alan Duncan’s thoughts on the stuff here.

I didn’t always shoot the really cheap stuff, but generally speaking the price of most film back then was lower. That was until I started shooting Portra 400 more, which eventually went up in price too to the lofty levels it’s at now. As such, my film cost rocketed from me regularly shooting film that cost £1-4 a roll to film that cost at least £10 a roll – sometimes as much as £15.

And then there was the fun of getting a roll of cheap film back from a high street minilab. When I was shooting cheap film I was happy developing it cheaply too! As soon as I started spending out on decent film, I felt I owed it to myself to spend more on processing too. If the colours came out a bit funny from cheap film, it didn’t matter so much to me, but if I’m spending £10 on film, I want my results to be as good as possible. So I started using more expensive and higher quality labs – AG to begin with,then I got even more fussy and switched to the even more high end (though actually not more expensive) Silverpan Film Lab.

The knock-on effect of this was that I wanted to shoot more high quality gear. If I’m going to spend all that money on expensive film and expensive processing, then using a crappy camera just felt like it made less sense. As such, all this increase in cost and expenditure has resulted in me being a lot more snobby about how and in what I shoot film. The result being, I’ve pretty much stopped looking for bargain cameras, as I end up not shooting them for fear of a sense that I’m wasting my money on them.

That was until I bought, shot and really enjoyed the aforementioned Pentax MZ-5 a month or so ago. Now, I admit, I did shoot it with an expensive lens stuck to the front. But the process at least reminded me that there is a lot of fun to be had with cheap gear. This idea was cemented on a recent holiday when I shunned all the rest of my gear in favour of only shooting a Pentax SFX for the whole week – a camera that can be bought for £20, but that I’ve totally fallen for. Of course, this is only part of the game. As I’ve said, I’m still using the highest end Pentax lenses I can justify and was stuffing the camera with Portra 400.

But the act of shooting these cameras gave me a bit of an itch. I wanted to shoot film cheaply again. I never used to take shooting film so seriously, or put so much weight on the quality of output that I do now. Of course, it’s not that I can’t see why and how I’ve gone down this road. Just look at these two photos. This first shot was taken with Agfa Vista 200 shot in a Pentax PC35AF and developed/scanned by Max Speilman… 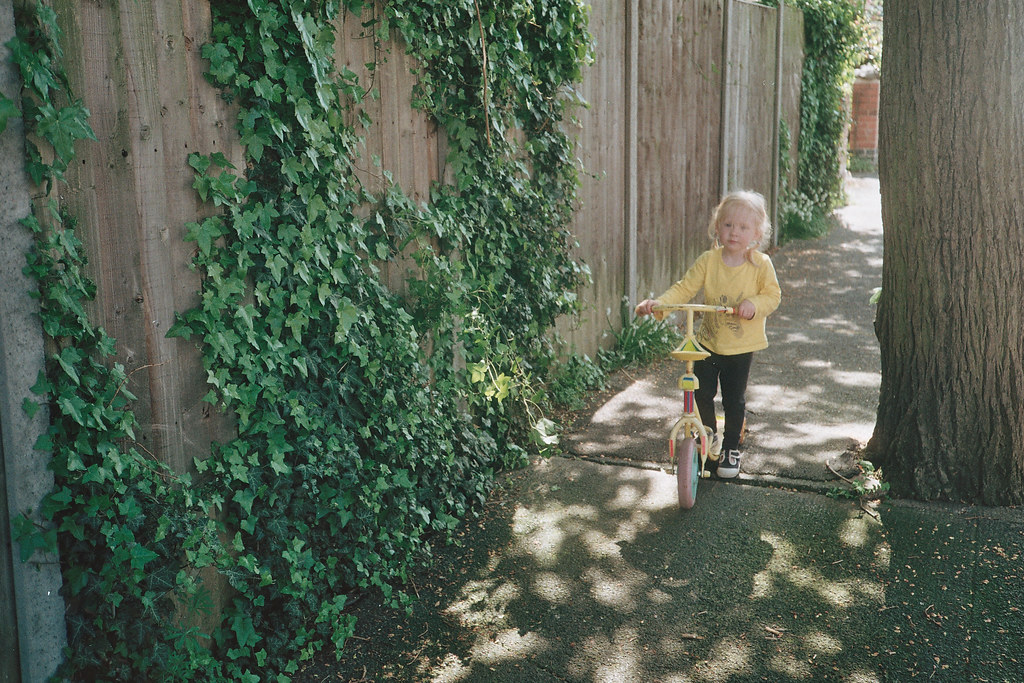 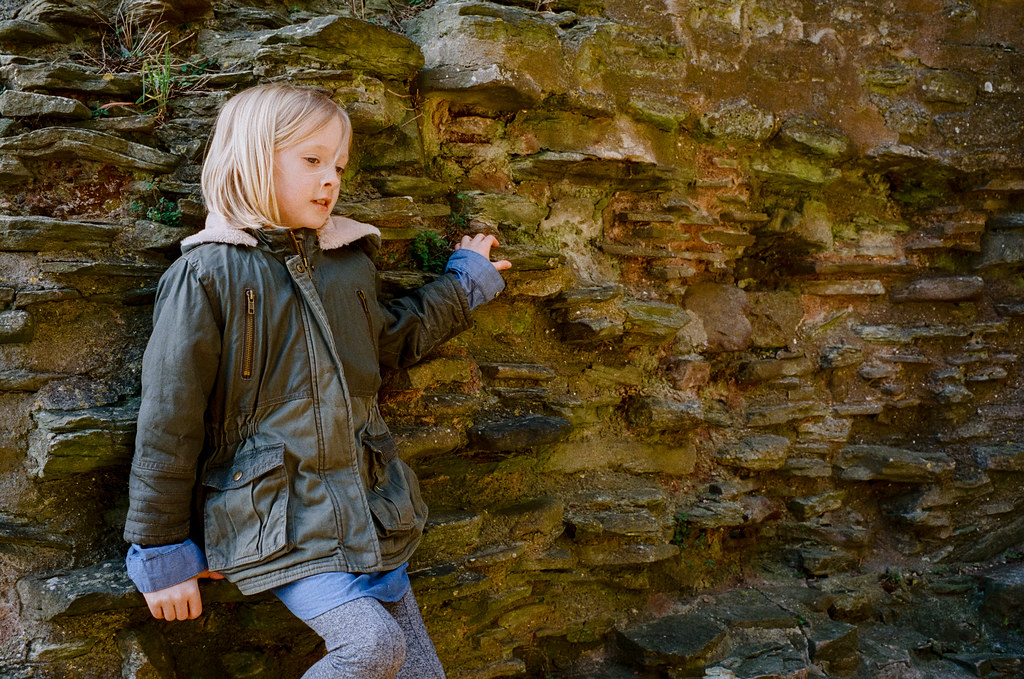 The difference in image quality is clear. But in seeking this image quality, I realised that I’ve created an infinite loop of higher expense for myself. Spending more money on cameras, film and development has made me seek higher quality output which in turn has made me spend more money on cameras, film and development. I’ve got to the stage that I can get really nice high quality results, but to a degree, this has been at the expense of some of the throwaway fun that I used to have when ultimate image quality wasn’t such a priority of mine.

I think I had a bit of a glimpse into this thought process when I shot some Metropolis in my Riva Pano earlier this year – but it never went any further. What I think I’ve now realised is that I need to put a bit of a conscious effort into a bit more of a reset. I want to have more fun taking photos again!

The pieces of the puzzle coming together

What I often find interesting about having these thought processes how the other parts of the puzzle seem to come together for me. I’d started mulling over this stuff toward the end of my holiday. Then the first day I was back at work, Josh was telling me how his Cinestill TSC-1000 has died, and how he’d voided the warranty by trying to fix it himself. A sorry tale for sure, but this had resulted in him taking some film to Jinny at Max Speilman in Worcester. He told me how just a little while ago she had started only charging him a couple of quid for development. This was actually a price me and her had come to way back years ago for me and that she’d decided to roll out for others who didn’t want prints. I didn’t know she was still offering this service these few years later…

That was Monday. On Wednesday, Paul from Analogue Wonderland came up to see me for a meeting about a few things we are working on together. Whilst we were chatting, he spotted that he’d had a large order for Kodak Color Plus which he is currently selling for only £3.50 for the 24 exposure rolls. I genuinely didn’t know that colour film could be bought so cheap still – I bought 10 rolls!

So I’ve got some cheap film on the way, and I can still get it developed cheaply too. What about the cameras? Well, I still have a few point & shoot cameras I haven’t shot – one of which is pictured at the top of this post – so I was thinking I’d shoot them. After all, bargains are really hard to find these days, right? Well, then I spotted this instagram post from Neil Piper. He managed to pick this lot up for £9. £9! Ok, he was probably lucky there – the MC is worth a good few times that alone! But, having had that conversation with Josh that had put Max Speiman back in my head, then finding that Color Plus can be had for £3.50, seeing Neil’s IG post just felt like a sign. It seems I’ve been fooling myself. Film photography has got more expensive, but it really doesn’t need to be as expensive as I’ve convinced myself it is. All this has got me thinking. If I can let go of some of these ideas that I seem to fall back into so easily that I want high quality results all the time, can I rediscover some of the fun I used to have?

Whilst waiting for the 10 rolls of film to turn up from Analogue Wonderland, I have loaded the roll of colour plus I had kicking about in my film stash into the Canon Sureshot EX pictured at the top. Funnily enough, it was a camera that was thrown in with something else I bought not even that long ago so cost me nothing. And the Color plus was free as part of some offer from AW a while back. I’ll have it processed for £2 at Max Speilman, so my total outlay will be just £2 – let’s see how much fun I have…

Six of my Best Freebie Cameras - Part2: The Others - By Rock