Sometime late spring last year I bought myself a Noritsu LS-1100 commercial 35mm film scanner. For one reason and another, and another, and a few more, I’ve had a bit of a mare getting it working, but work it now does, and I am at last now getting my first scans out of it.

I’m in the process of writing a post about all the fuss I’ve been through to get it to work, but since it’s been quite a while, I’ve found I’ve had quite a fair bit to say for myself. As such – especially considering how happy I am with the scans I’ve had so far – I thought I’d share some of them in the interim.

This set of images was shot as part of a long form documentary photography job I am doing through a little brand we created at work called ShootRewind. The client is a cider producer out in Ledbury, Herefordshire (where proper cider comes from). They’ve been making cider in the same plot of land for over a century I think, and have only relatively recently decided to bottle and sell it.

Everything they do to make the cider is done in the traditional way. They grow the apples, take the apples off the tree, smush them into juice, leave them to ferment, filter, blend to taste, add sugar for the sweet variety, bottle and sell. There’s no artificial additives or anything like that, it’s all done properly!

You can see a few other stages of the process on the ShootRewind website here. This particular stage hasn’t been published on there yet.

These photos were taken to document Brian Wilce tasting and blending the cider. There are apparently lots of different varieties of apples, all that add different tastes to a cider. Brian mixes the varieties in small quantities in measuring tubes in his kitchen to get the flavours he is looking for. These small measures are then expanded up to the large volumes that will go to be mixed and bottled. In short, buy a bottle of Wilce’s Cider and it tastes exactly as it does because Brian Wilce decided that’s how it should taste!

The photos were shot with my Leica M-A, Zeiss ZM Sonnar and HP5+. The HP5+ was then developed in Ilfotec DD-X and scanned to 24mp equivalent TIFFs using the Noritsu LS-1100, then tweaked slightly in lightroom. 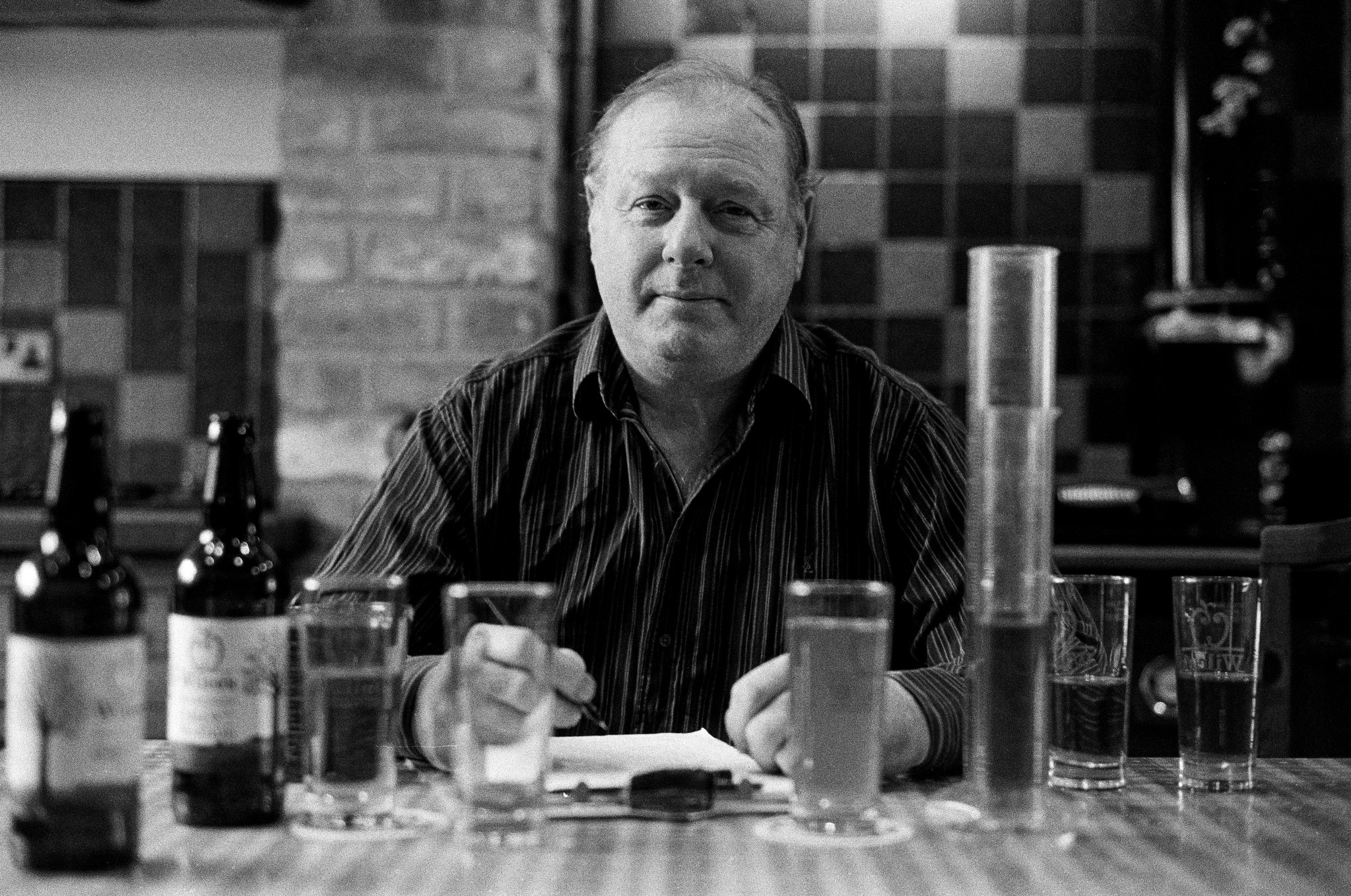 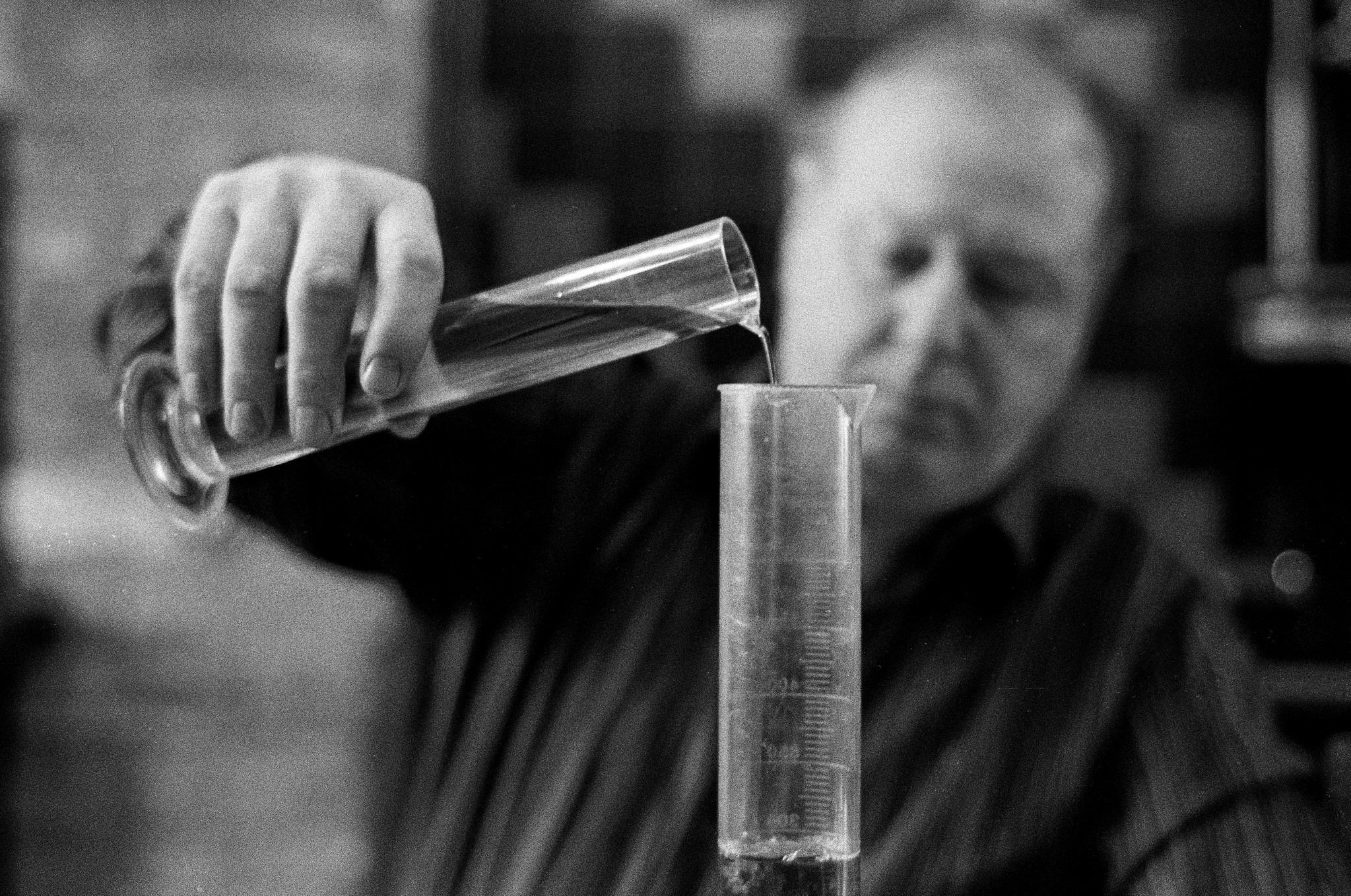 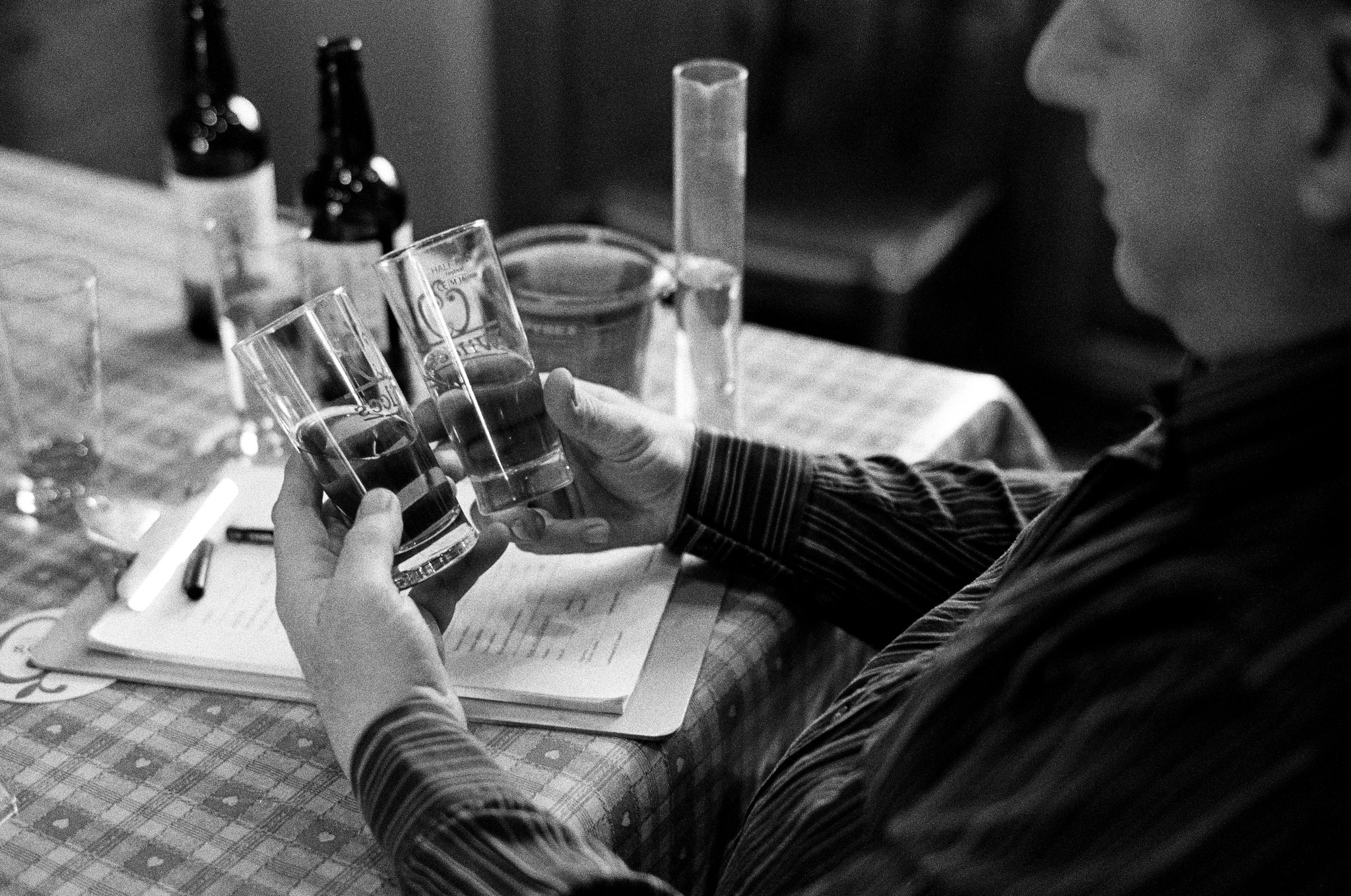 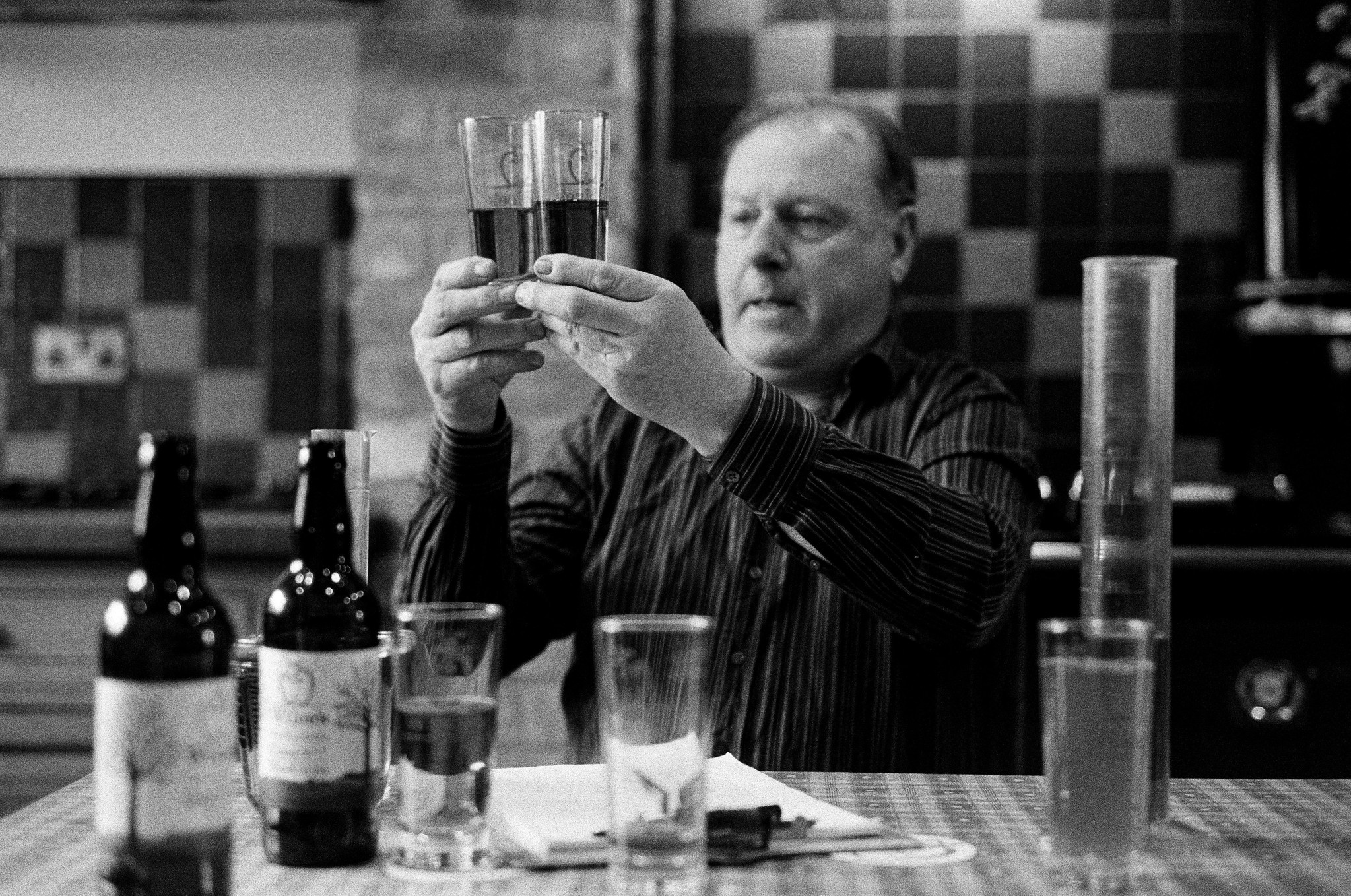 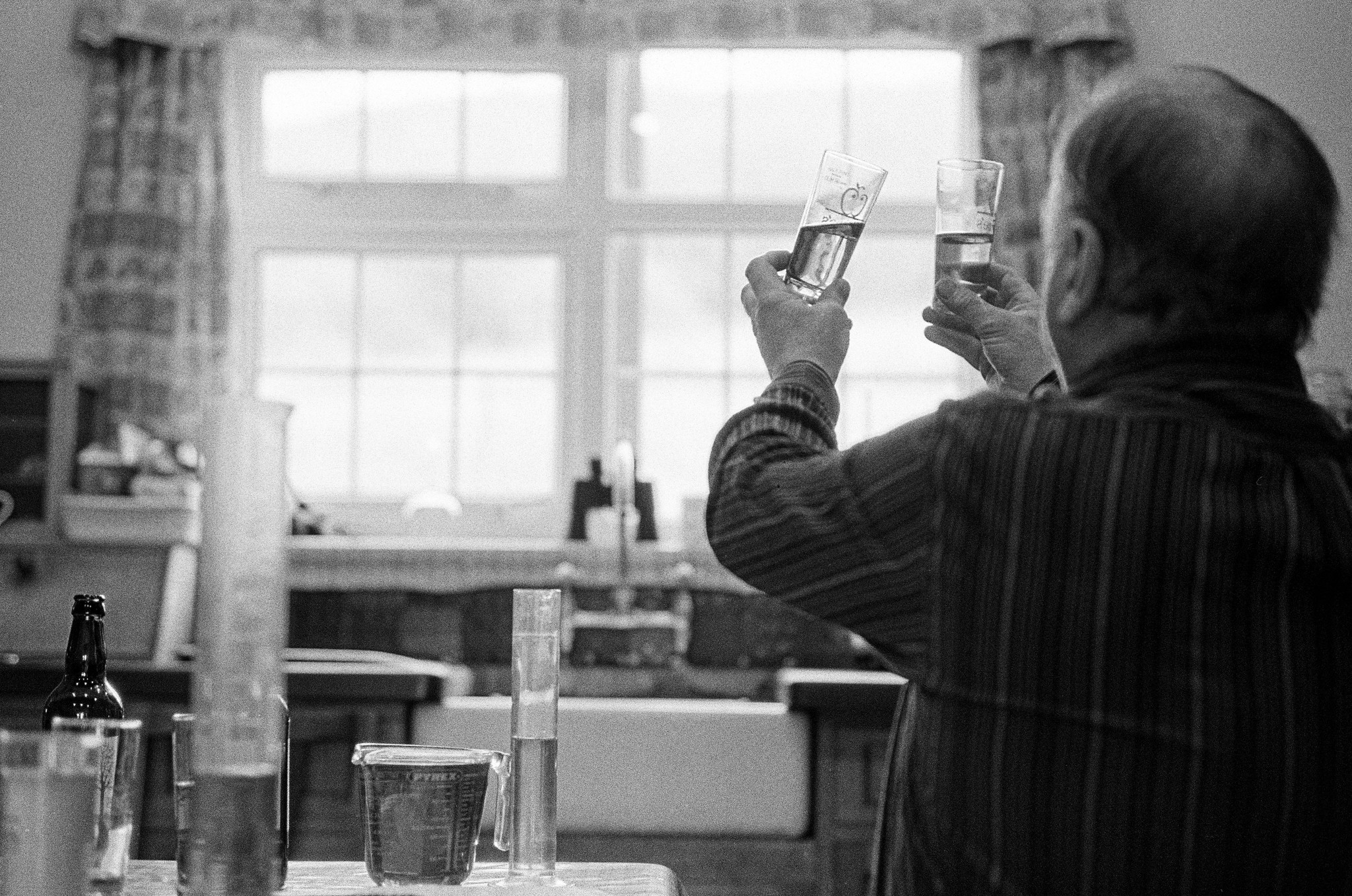 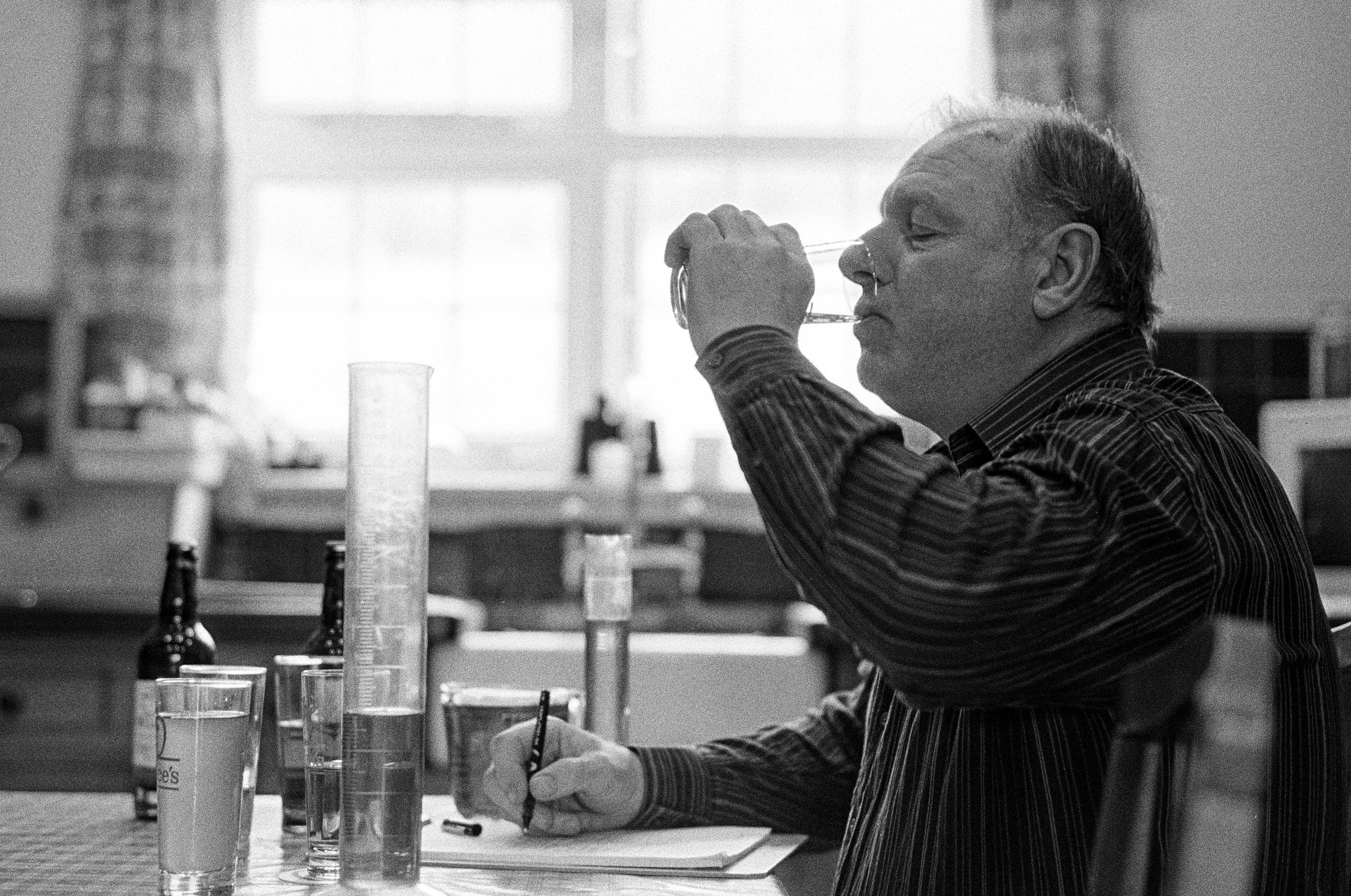 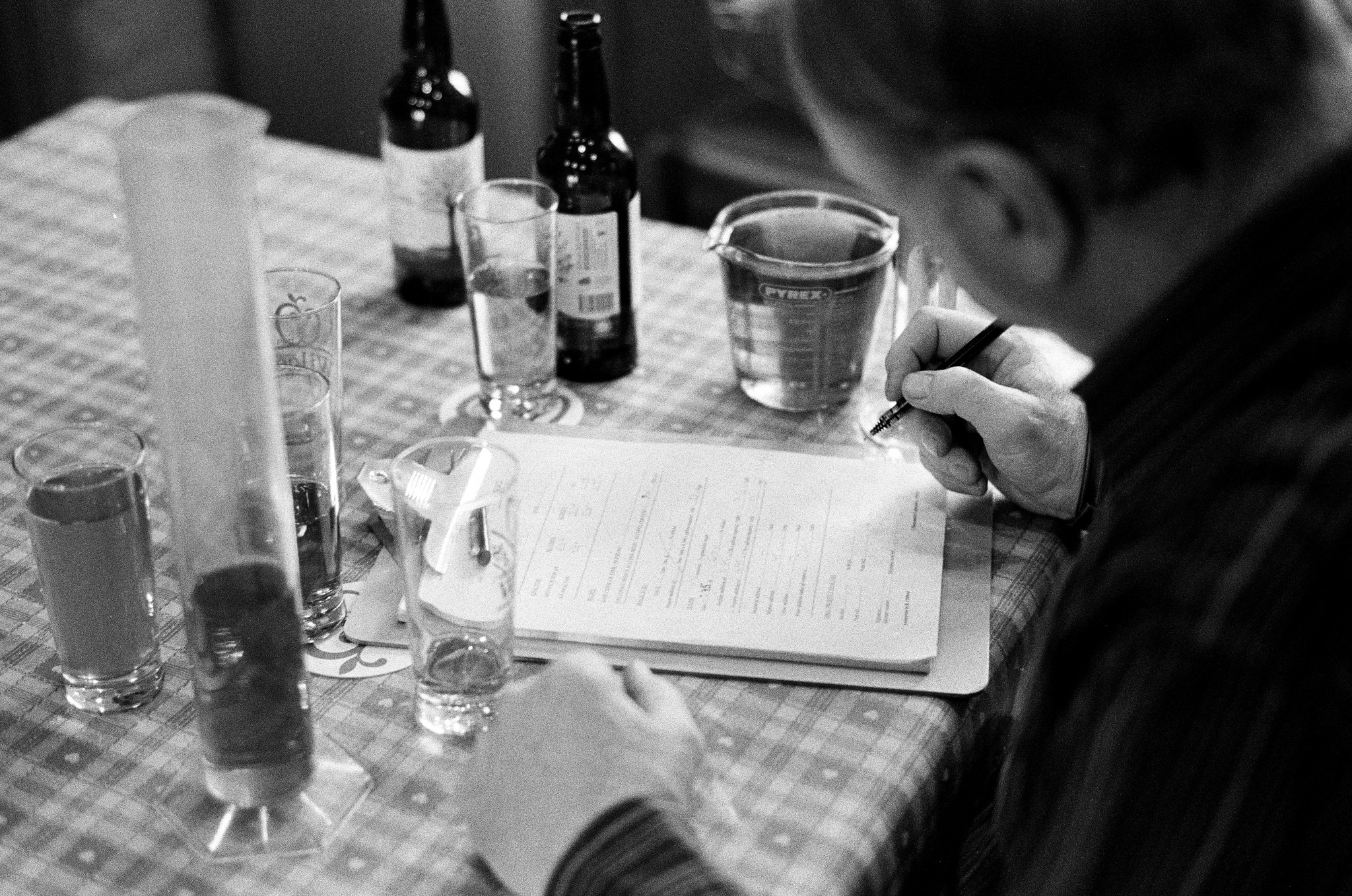 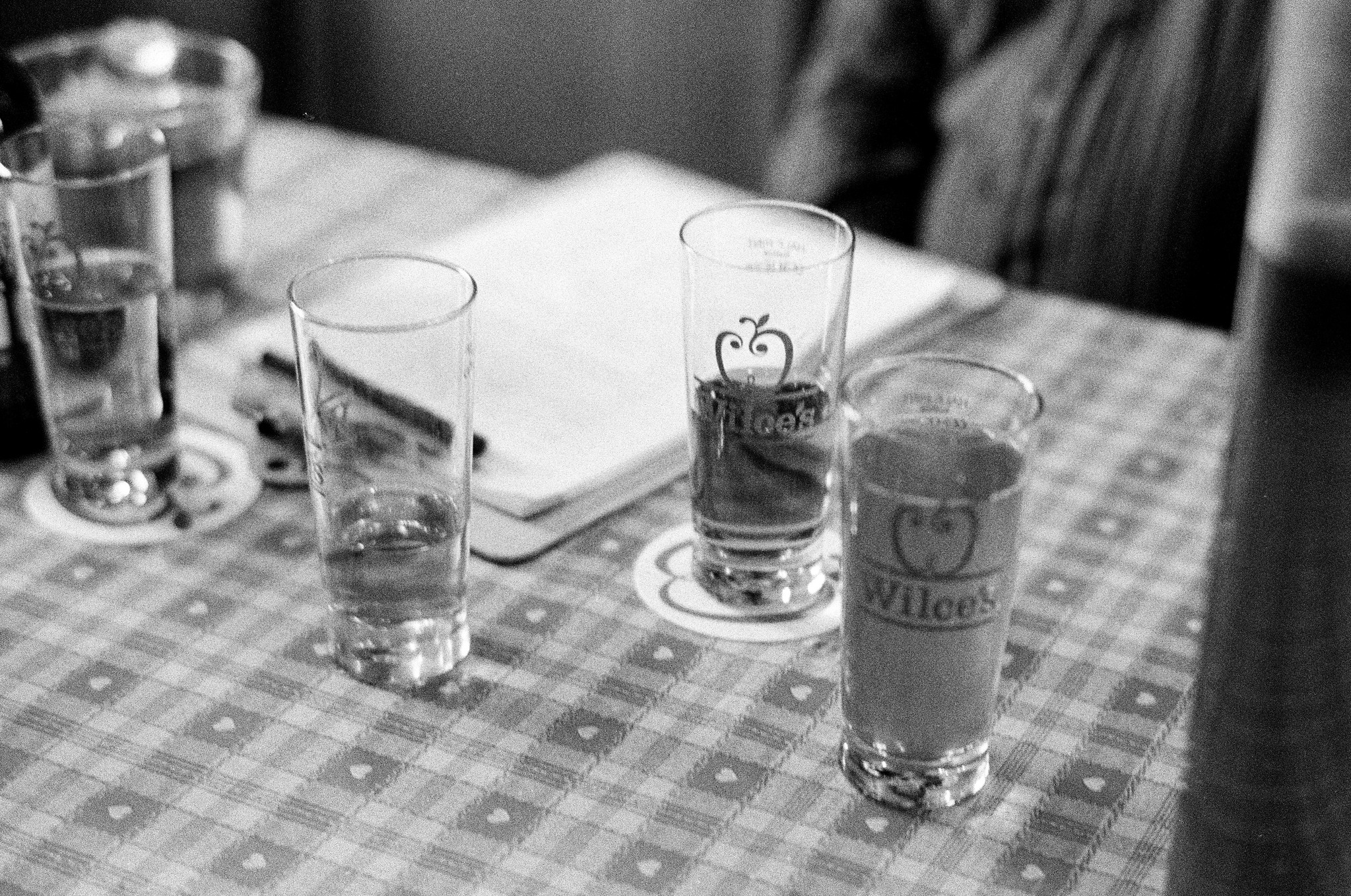 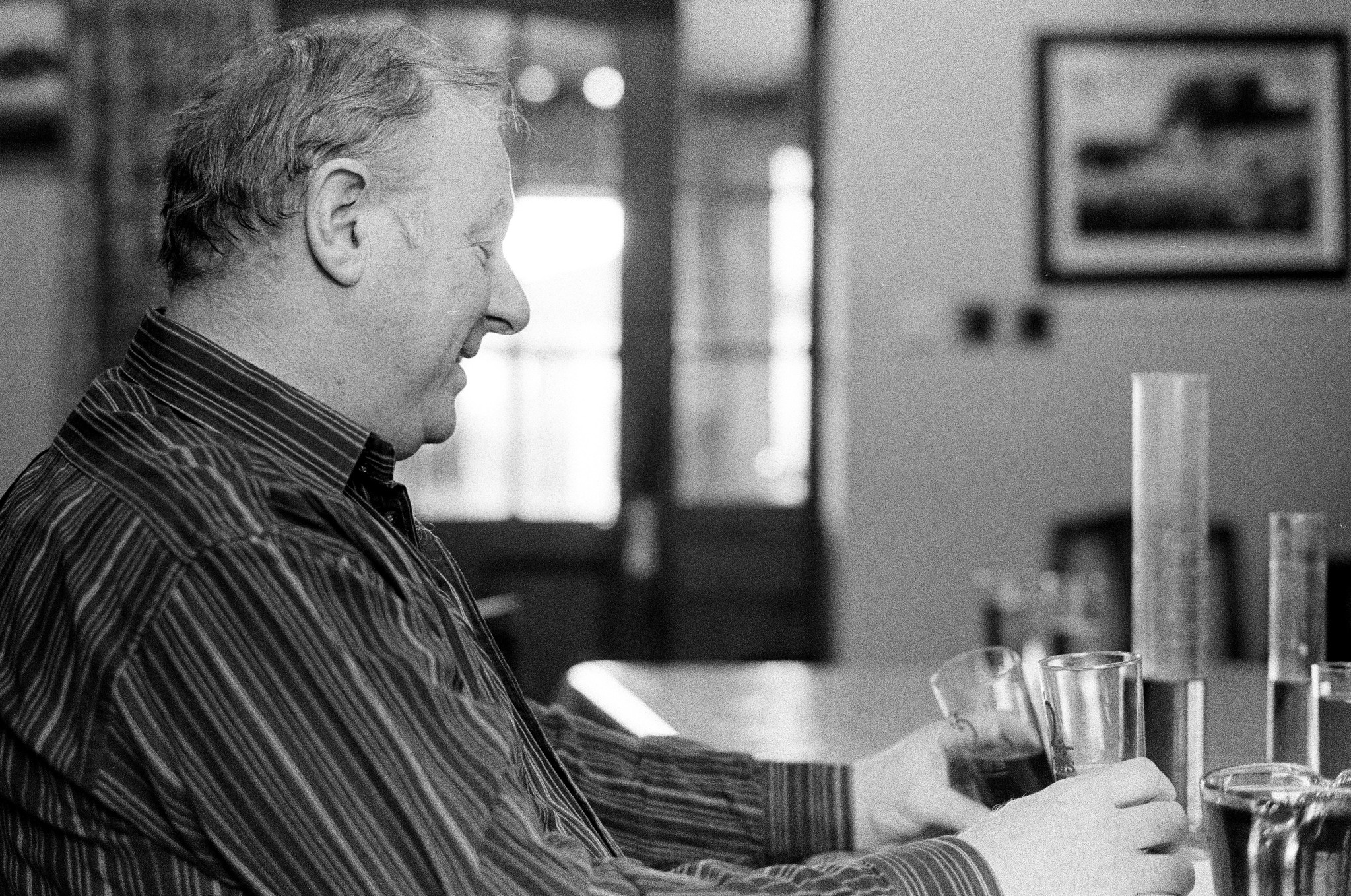 Keep an eye out for my post about the hell ride I’ve had getting the Noritsu up and running, it’ll be up next week sometime. Believe it or not, this was a high point… …Thankfully, I think it’s been worth it in the end! The story behind a photo of a plastic bottle or: A (slightly defensive) response to a comment posted on my Sony A7rii review