Wilces Cider – The start of a year long project

Last week myself and my co-photographer James shot what will be the first of many shoots at Wilces, a cider producer in Herefordshire.

Wilces have been producing cider for generations, but more recently have taken their produce to wider markets. Unlike many of the bigger brands, Wilces cider is still made through very traditional methods. 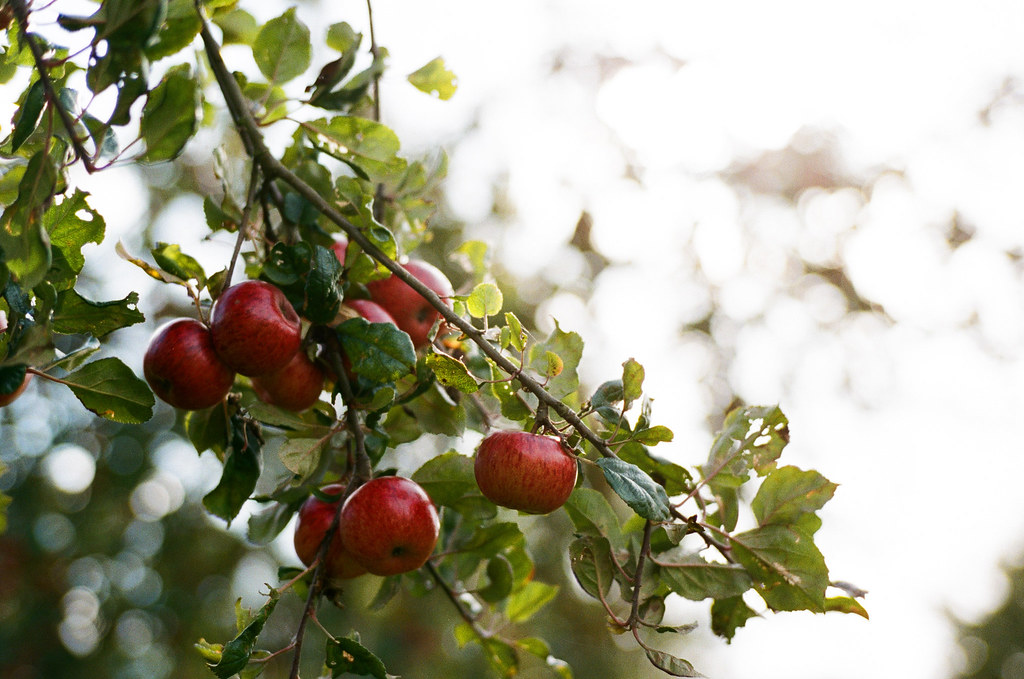 Pete Wilce recently contacted me about doing some photography for them. Just product photography to start with, but after a little chat we came to the conclusion that actually it might be nice to document what they do on the farm over the course of a year, or maybe more. Because of the traditional methods with which the cider is produced, it occurred to me that it might be nice to apply more traditional photographic methods to the photography. By coincidence, me and James are just in the throws of setting up a commercial film photography company. The pieces of the puzzle seemed to slot together quite nicely. 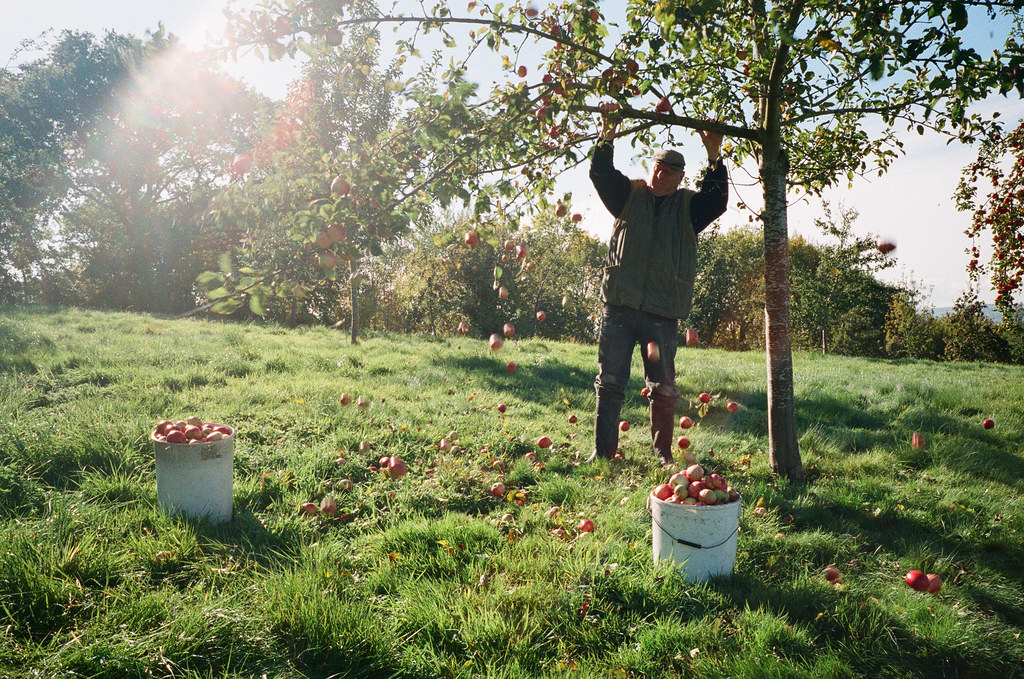 The first shoot was – as much as anything else – a bit of a trail run. An opportunity for me and James to get a feel for the place, and see what sort of shots we could get. As it turned out, we were very lucky, and we happened to go down on a beautiful sunny day. With the sun out and the apples ready for the picking, the 3 generations of Wilces who live on and work the farm together went and collected a few apples. 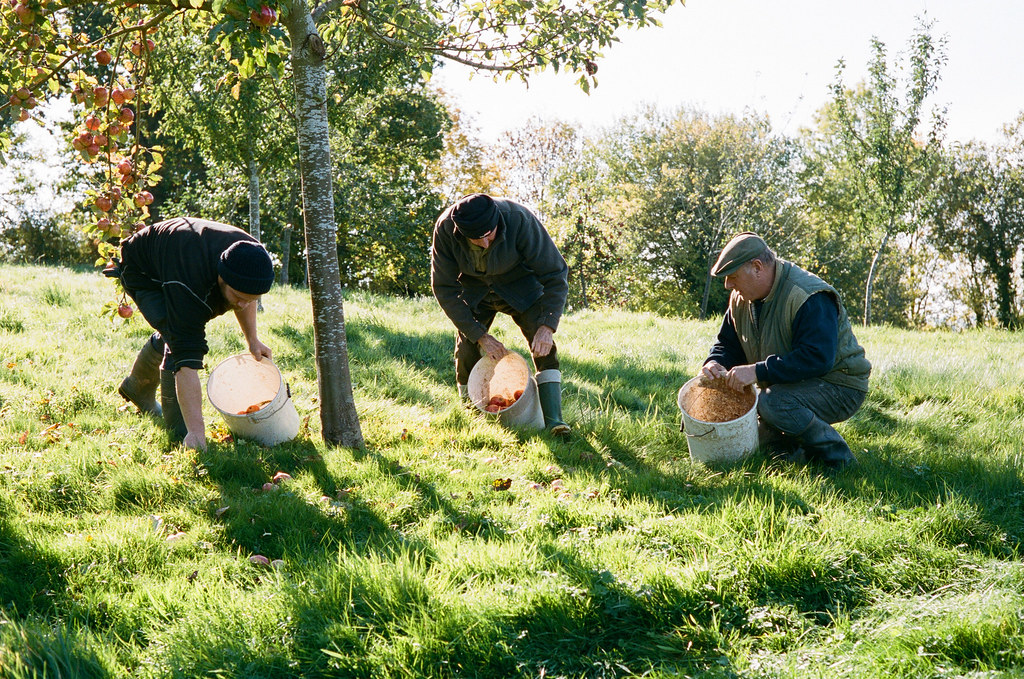 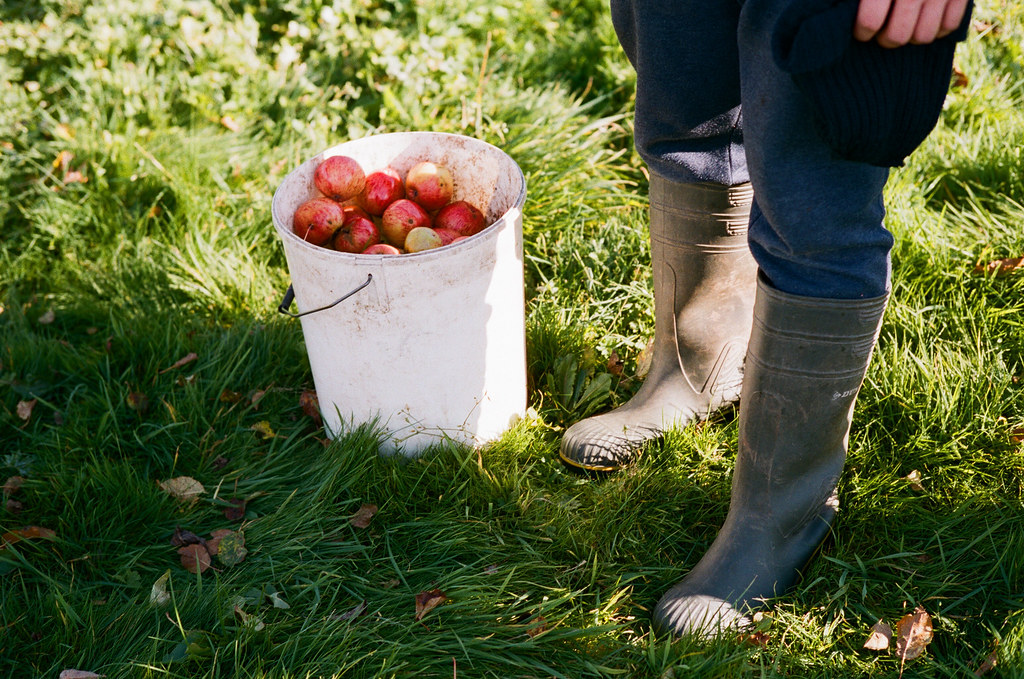 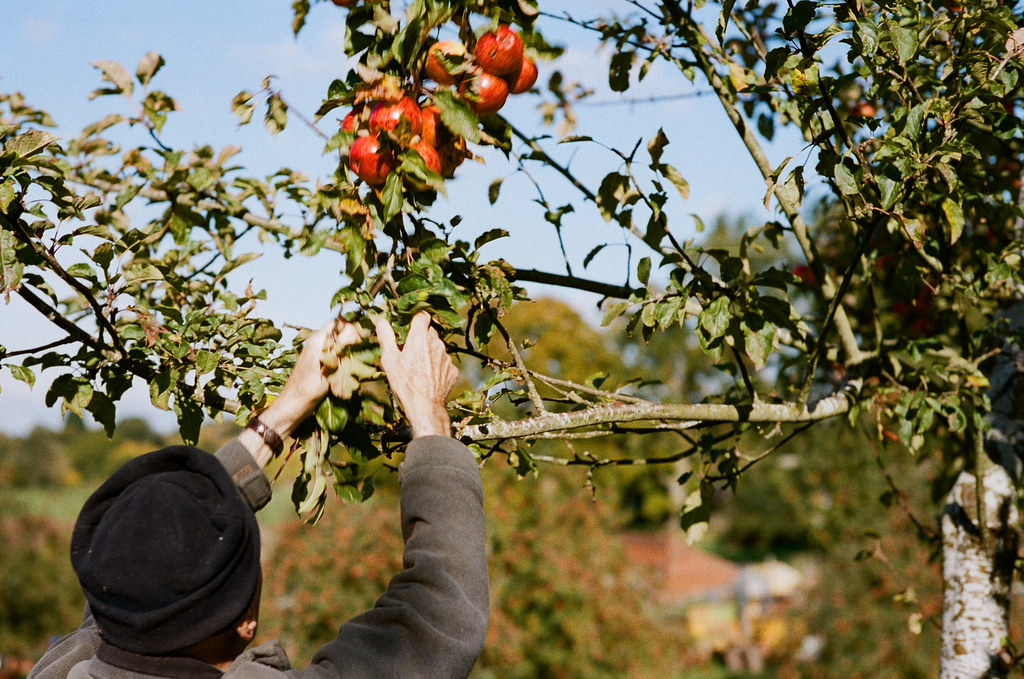 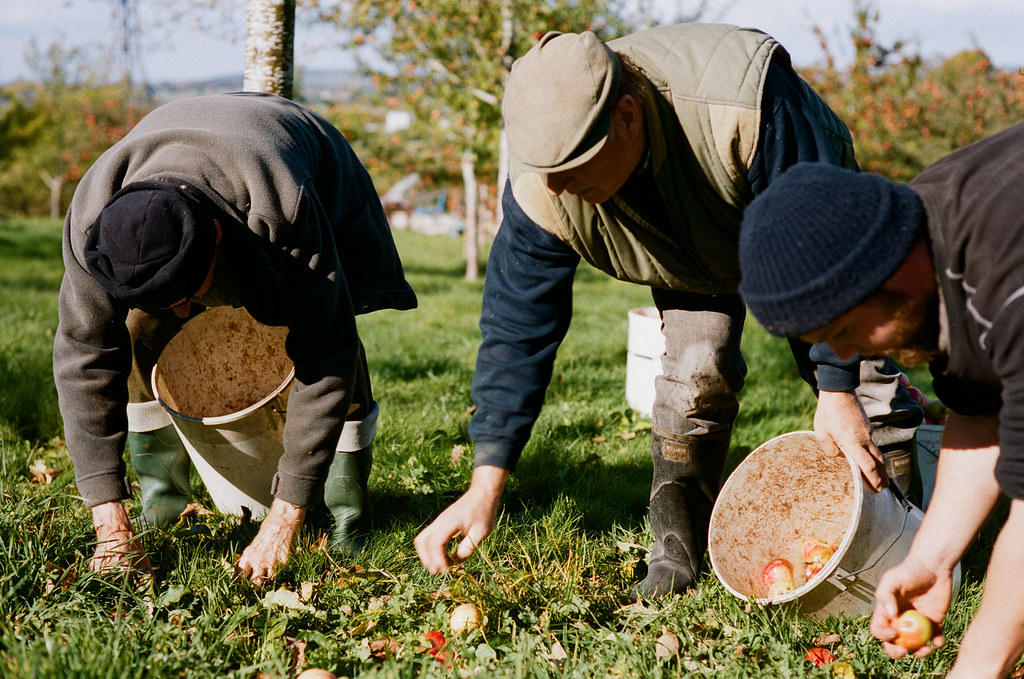 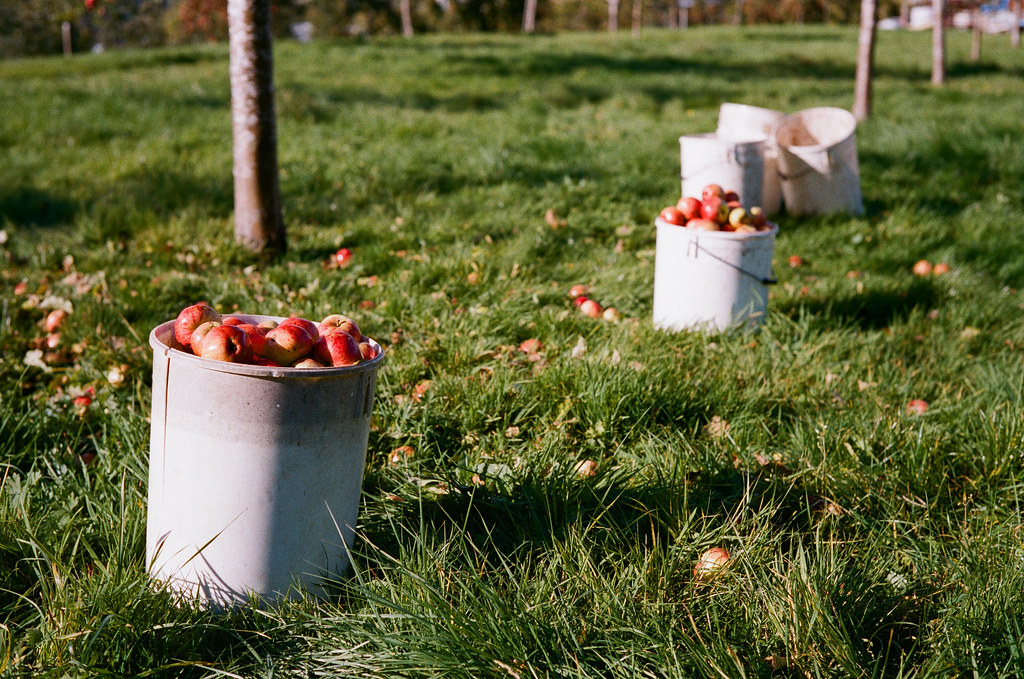 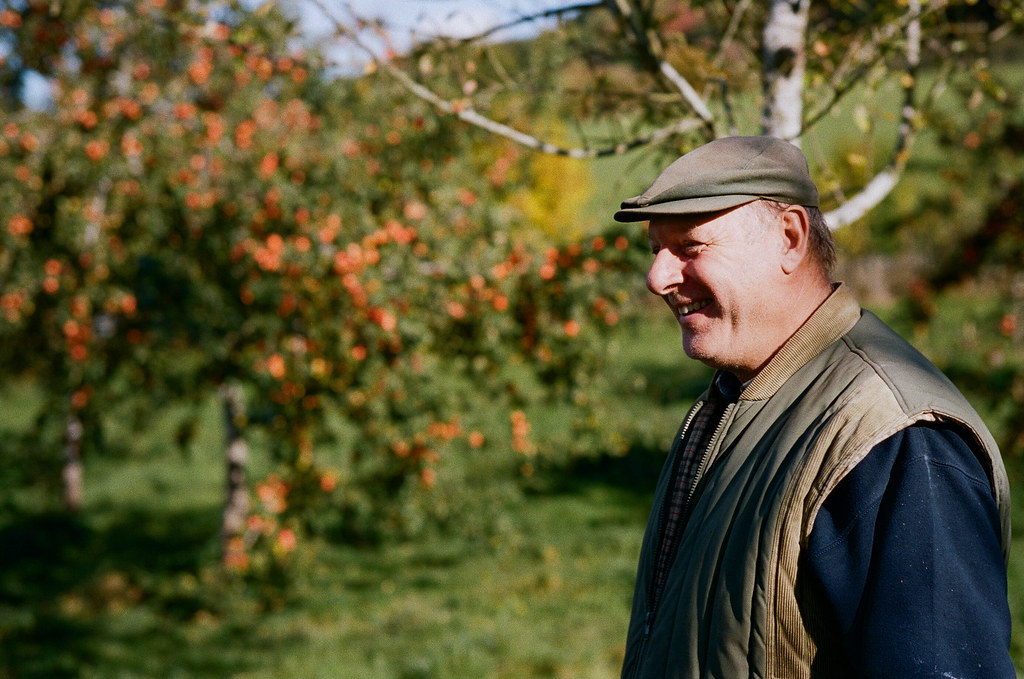 They also took time to give us a bit of a tour, and show off some of their machinery, not least a rustic, but fairly impressive tractor. 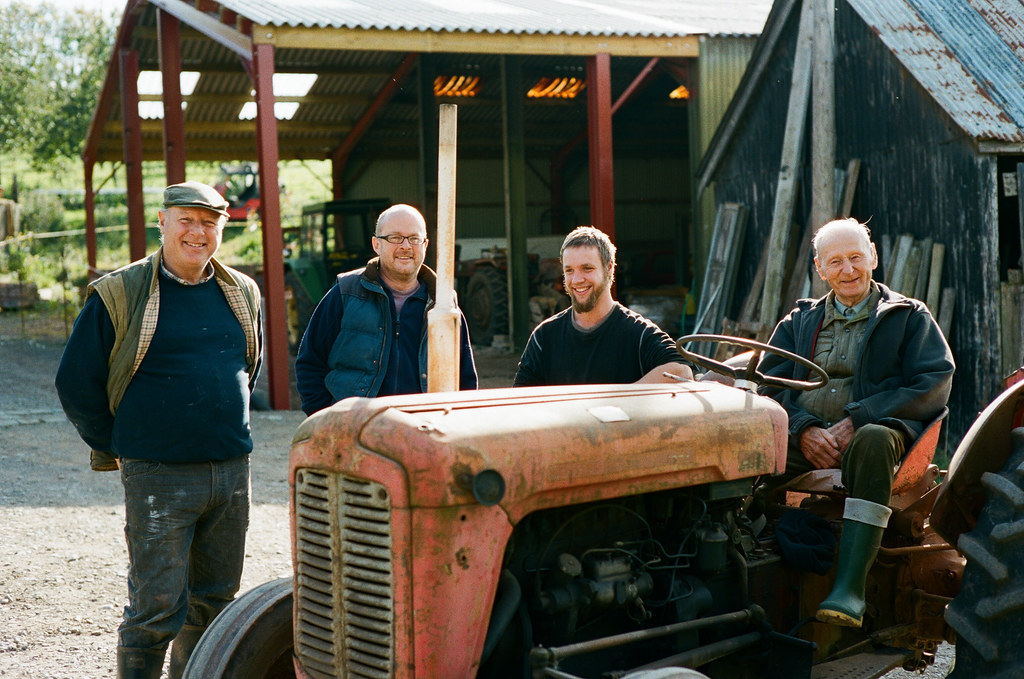 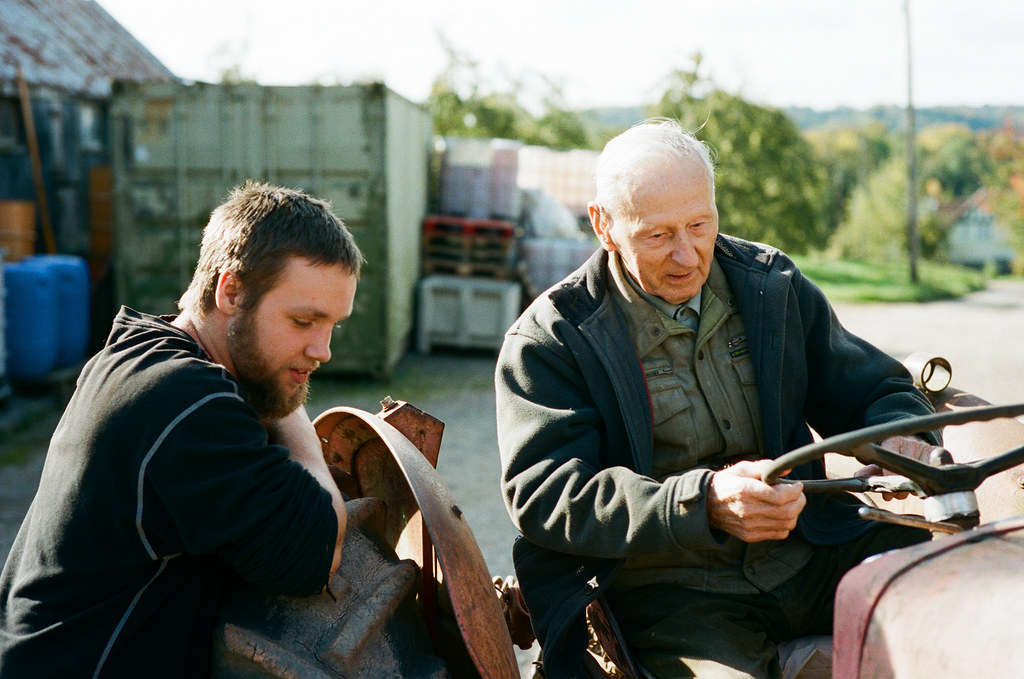 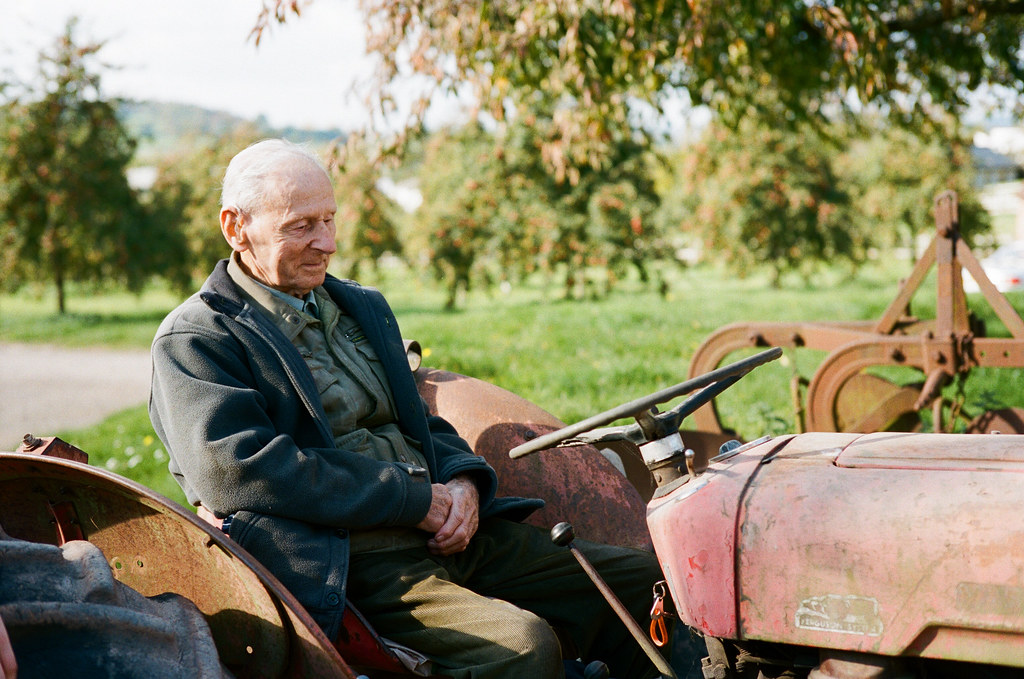 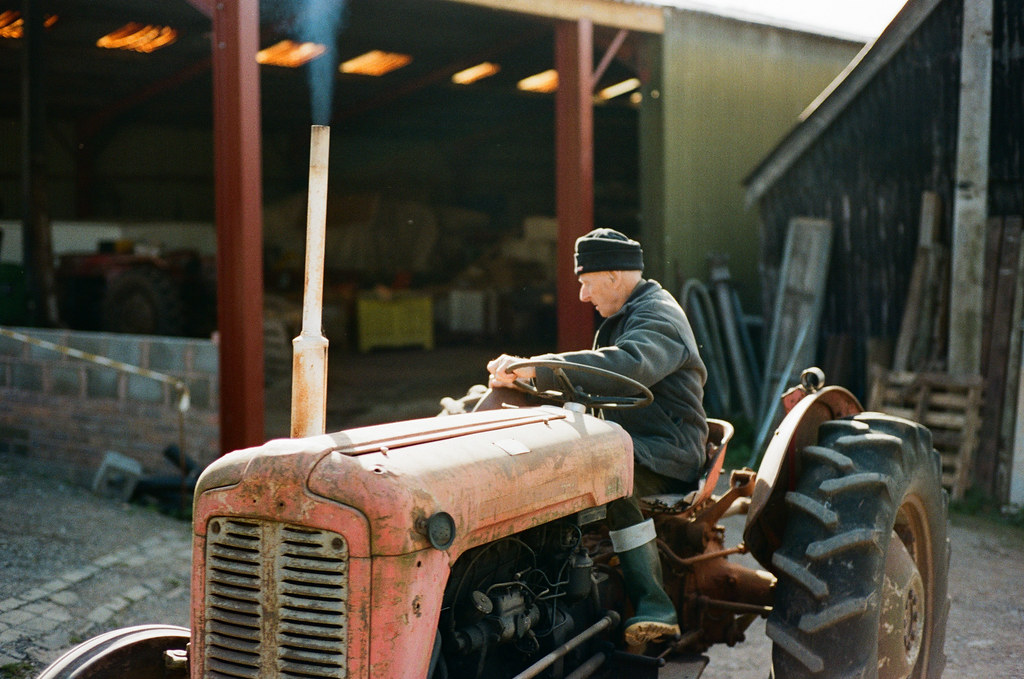 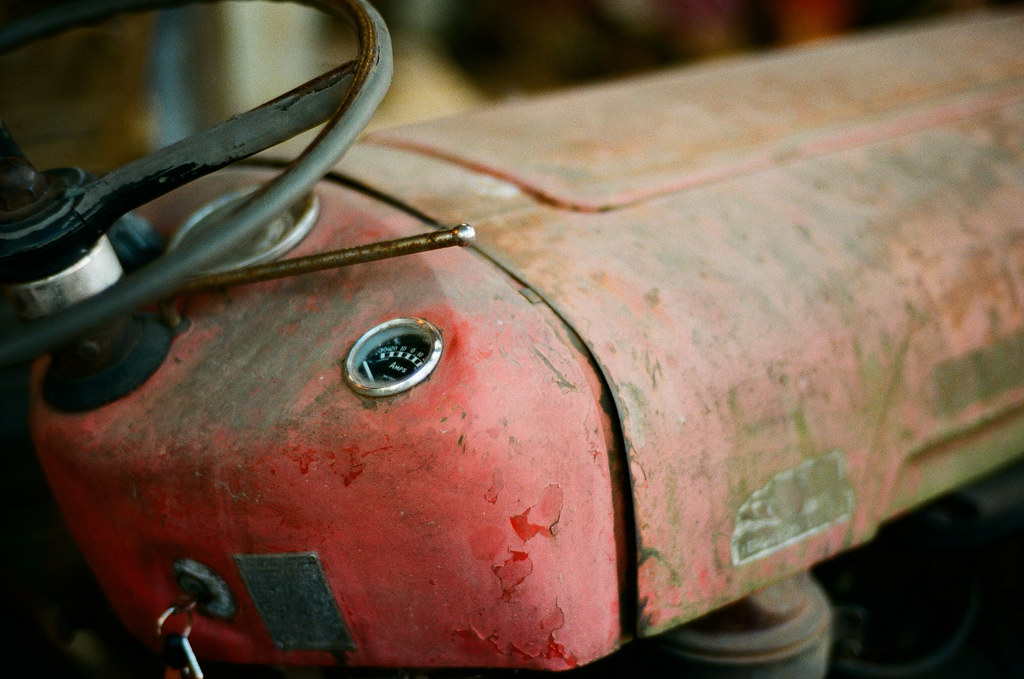 A brilliant morning was had, and thankfully, having now seen the first round of shots we have been invited back to continue documenting the making of Wilces cider. Next time, we are in for a treat I think, as we are going to be shooting some tasting of some new lines of cider they are going to be offering… The worst of it is, I don’t have a driving licence, so James will have to drive, and I’ll be forced into drinking the cider…

The photos were taken with my Leica M-A with 50mm Sonnar and Portra 400 and the Zeiss Ikon with Voigtlander 28mm and Fuji 400h. Developed and scanned by AG Photo lab Creating the (my) perfect camera - Guest Post By James Fox-Davies