The Canon P – or “Populaire”, as the P stands for – is a Leica thread mount rangefinder camera released the late 1950’s. There were a lot of these cameras sold, something like 100,000 if the internet is to be believed. Though as popular as it was in it’s day, it seems to be a little bit of a sleeper today.

I’ve had mine for a little while now, and though I’ve not put more than a roll through it, it’s a camera I feel like I’ve become very familiar with – not least because it’s one of the models that sat on a long standing wants list of mine. To my mind it’s also one of the better value entries in to the world of rangefinder photography. It’s not perfect, and it doesn’t take m-mount lenses which I think has kept the value lower on the used market. But in reality, it’s imperfections are slight, and actually in some ways it offers something above and beyond similarly featured Leicas… so I thought I’d put together a bit of a mini-review.

The Canon P was a simplified version of another Canon, the VI-L, which had a switchable viewfinder. I’ve not shot or even held one of these cameras, but I understand it this viewfinder mechanism allowed the magnification to be changed between 0.65x to suit 35mm lenses, 1x to suit 50mm lenses and a 1.55x magnified viewfinder which would have aided focusing 100mm lenses. The Canon P was designed as a less expensive alternative that had a fixed 1x viewfinder. Despite this, it still has frame lines for 35mm, 50 and 100mm lenses. Frame lines visible in the viewfinder of a Canon P – you can just about make out the frame line labels: 35, 50, 100. Note: The lines are easier to see with a camera to the eye – it’s not easy to photograph them in a way that does them justice.

Of course, if you’re used to Leica cameras there are a few standout differences here. For a start, Leica have never made a rangefinder camera with a 1x viewfinder. The Leica M3 with its 0.91x Finder is the highest magnification finder found on a Leica without using an accessory magnifier. Additionally, the Leica telephoto frame lines are 90 and 135mm. It’s also worth noting that despite the higher magnification of the Canon P, it does still contain 35mm frame lines, whereas the Leica M3 has frame lines for 50, 90 and 135. If you wanted 35mm frame lines in a Leica from this period, it would be the Leica M2 which was the first to use the 0.72x magnification finder that Leica went on to use in the majority of its standard 35mm film rangefinders.

So what does this mean in practical terms? For a start, the 1x magnification viewfinder allows the user to shoot with both eyes open. The lack of difference in magnification between the viewfinder and real life (for want of a slightly less clumsy way to describe it) means that with both eyes open the frame lines in the Canon P appear to project on to the world in front of both eyes. This is something that really needs to be experienced to be understood, and indeed is something that takes a little bit of practice to do. It’s harder to focus with the rangefinder shooting this like this, but zone focus the lens and it can be quite an enjoyable way to shoot. Additionally, there could be an argument made for the broader usefulness of this slightly higher magnification viewfinder when compared to that of the Leica. The frame lines for the longest lens – the 100mm – aren’t that small in the Canon P. They aren’t huge, but they feel bigger than the 90mm lines in a Leica. The 35mm lines are a little close too the edge of the viewfinder in the way the 28mm lines are in 0.72 magnification Leica finders, but they are still visible, and using the both-eyes-open trick you can just about still get the rangefinder-shooting-advantage of seeing what’s just outside the frame.

All is not perfect with the viewfinder experience though. Whilst it’s quite bright, and the rangefinder patch is fairly distinct – like in many rangefinder cameras – the patch doesn’t have a solid edge. This isn’t a deal breaker, but I definitely prefer solid edged a rangefinder patch – they just provide an added degree of focus assurance to me. Though I don’t have the figures, the rangefinder base length doesn’t look to especially long either, though it’s still fair to say that the higher magnification of the finder should help with accurate focusing. Indistinct edges to the rangefinder patch

The Canon P is a simple camera, and as regular readers of this website will know, simplicity is a preference of mine. The lack of adjustable viewfinder doesn’t fuss me at all. It’s a feature I’d like to experience sometime, but because I’ve never tried one of the more “advanced” Canons of the era, I don’t really feel like I’m missing anything.

It’s fair to say that the Canon P feels like a solid chunk of a camera. It’s slightly bigger than a Leica M body, and is in a similar weight range. It weighs a little less than an M3, but a little more than an M4-P – you’d be hard pushed to feel a difference between any of them. Something I’ve found commonly mentioned online is that this era of Canon rangefinder cameras were the most solid feeling. Handing this camera, I can believe that too – there’s nothing that feels cheap about it at all. That said, they do suffer a common, albeit largely harmless issue. That being, the shutter blinds are prone to crinkling. Mine are crinkled, yet the don’t jam, they run smoothly, and don’t leak light. There must be a line where a crinkled shutter stops functioning, but if you see Canon P with a crinkled shutter don’t be too alarmed. The shutter advance in mine is smooth too. Not perfectly smooth, but mechanically satisfying. Additionally, it’s a ratcheted shutter advance, which makes it feel quicker and easier to use. The lack of a sprung ratcheted advance on some cameras feels like such an odd omission that the inclusion of one on the Canon P really stood out to me – it just feels like another sign of mechanical quality. The shutter itself, which is controlled by a nicely knurled dual, fires with a noise that sounds like a metal shutter in tone, but is quiet nonetheless. Another nice little feature is the lock on the opening mechanism. First open and rotate the key on the bottom, this moves the lock out of the way so the door release can be pulled down. Finally, a particular favourite feature of mine is the rewind lever. This is largely an aesthetic thing, but I do love the way the lever is recessed into the top of the camera and the flips out and over the top plate when in use. A couple of snaps

These were taken with the Canon 50mm f/1.4, I have also shared some thoughts on the f/2.2 lens here 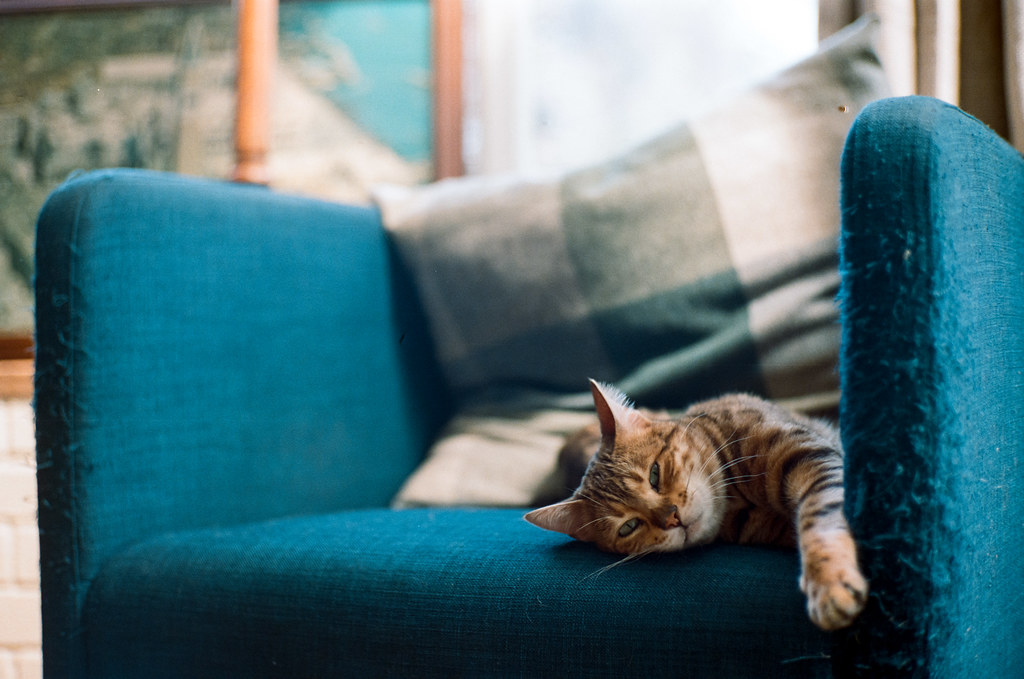 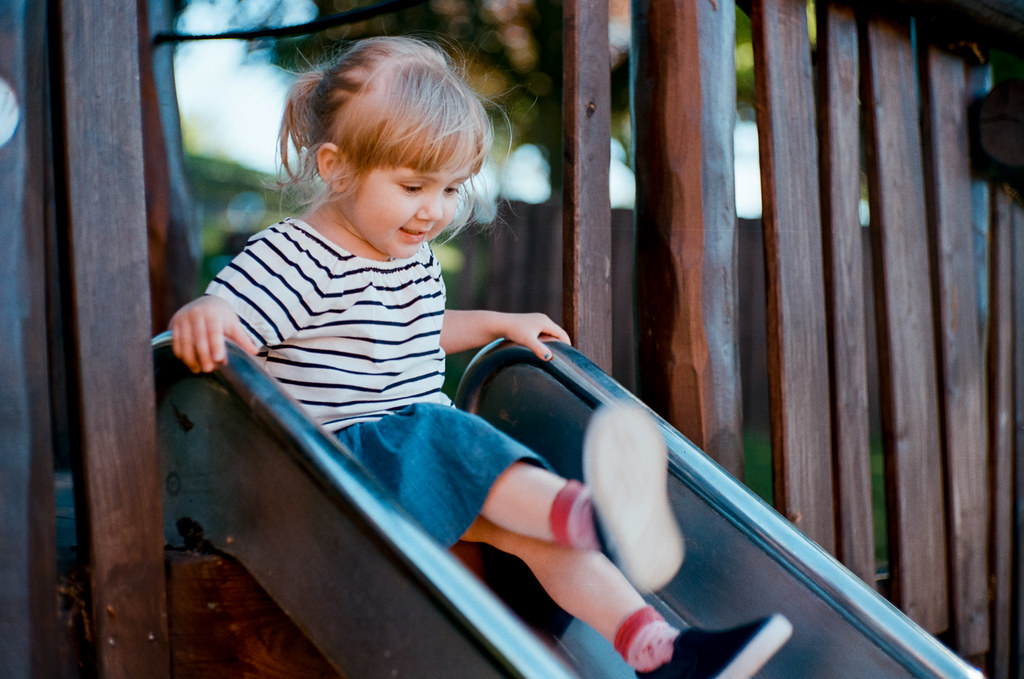 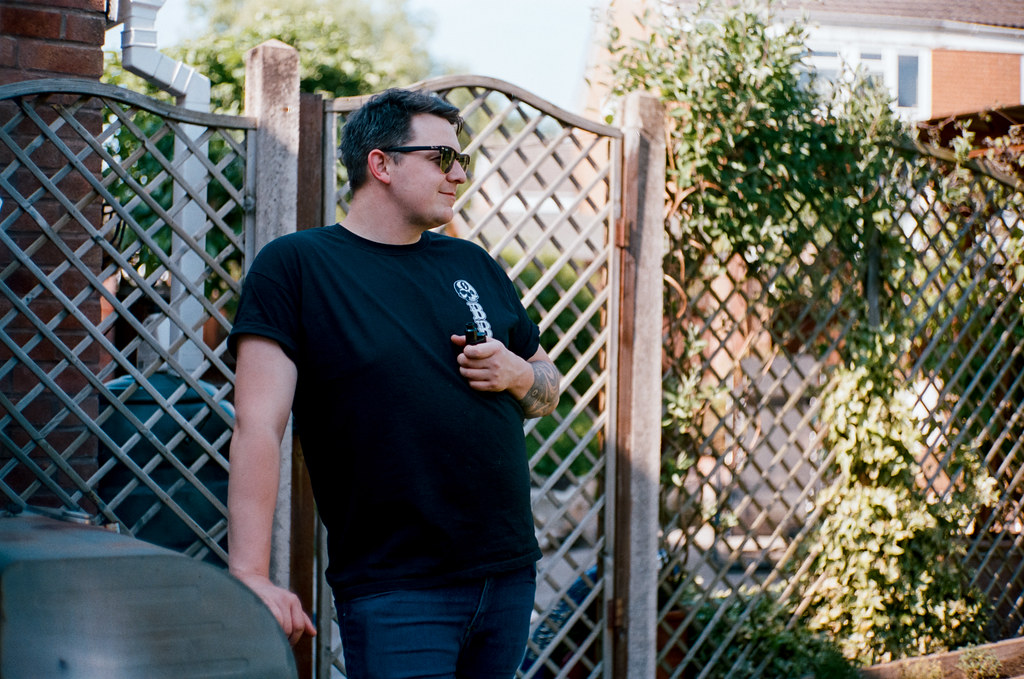 To my mind, the Canon P offers a really nice balance of features at a very attractive used-price. The fact it’s Leica thread mount opens up the possibility for it to be used with stacks of lenses, and the combination of rangefinder magnification and available frame lines makes for a nice balance of compromises. The mechanical and build quality is really quite excellent too.

I must admit, I’ve not handled many Canon rangefinder cameras, and the P is the only one I’ve owned. There are many out there – both the Leica-Barnack-copy style and these later more chunky cameras with rangefinder focusing built into the viewfinder. Many of these look like very attractive cameras with great features, but for its simplicity of features and solid build, the Canon P is the one that caught my eye. Lensbaby Lenses: Sweet vs. Edge - a Review - By Martina Kettner