I’ve had this little Canon 50mm f/2.2 for a while now – I bought it attached to a Canon P. Both camera and lens were items I’d eyed up on eBay a few times, so when I saw the combo for sale on one of the Facebook groups, I snapped it up. I’ve mentioned this lens a few times on my social media – as a rarity, it always seems to garner interest from people, so I thought I’d cobble together a mini review.

I say mini-review, as I’ve not got a huge amount to say about it really – it’s traits are so strong and so obvious, there’s little need to go into loads of detail. I’m also basing these comments on just a couple of outings with the lens. So far, all of the images are digital, though I will come back to this post and add some film images once I’ve shot some.

A bit of history

The Canon 50mm f/2.2 ltm is a fairly uncommon lens. According to Peter Kitchingman’s Canon lenses book it was made for around 6 months at the beginning of 1961. It was made as an entry level lens for the Canon P for the domestic Japanese market. If the very minimal amount of speculation I’ve read about it online is to be believed, it was so readily bettered by the 50mm f/1.8 that it wasn’t very popular in its day. So unpopular, one might assume, that Canon axed it. I’ve no idea if this is true, but judging the 50mm f/2.2 on purely objective merits, I can see that this is a possibility.

It’s certainly a basic lens. The infinity lock isn’t even an infinity lock, it just looks like one. For my tastes I prefer this, as I find infinity locks fairly irritating in use. Its a small lens too. It looks a little daft on the larger Canon P, and in terms of its size is actually better suited to a Leica Barnack camera. Despite its size, it handles well. The aforementioned fake infinity lock acts as a focus tab, and the aperture dial seems to come to hand readily for such a small lens. My particular copy is a little tatty. There’s a bit of give in the focus wheel (similar to that which I found in the 50mm f/1.4), but additionally the front part of the lens body has a little bit of rotational give in it too. It doesn’t feel a solid as the f/1.4, not by a long shot really. Optically, my copy is very clean. I think it was cleaned by the previous owner, or at least he had it cleaned. One way or another, there’s little issue with the glass. There are certainly no specific nasties beyond a little bit of dust.

It’s fair to say that this lens isn’t particularly high resolving. In use, it seems a little sharper stopped down, but barely really. It also seems to be slightly sharper at closer distances. One thing is for certain, results seem to lack finer details. As such, to my mind, it’s better suited to photography that involves closer subjects – especially portraiture – compared to landscape work, for eg. That’s not to say it can’t be used for landscapes, just don’t expect to capture every ounce of detail. 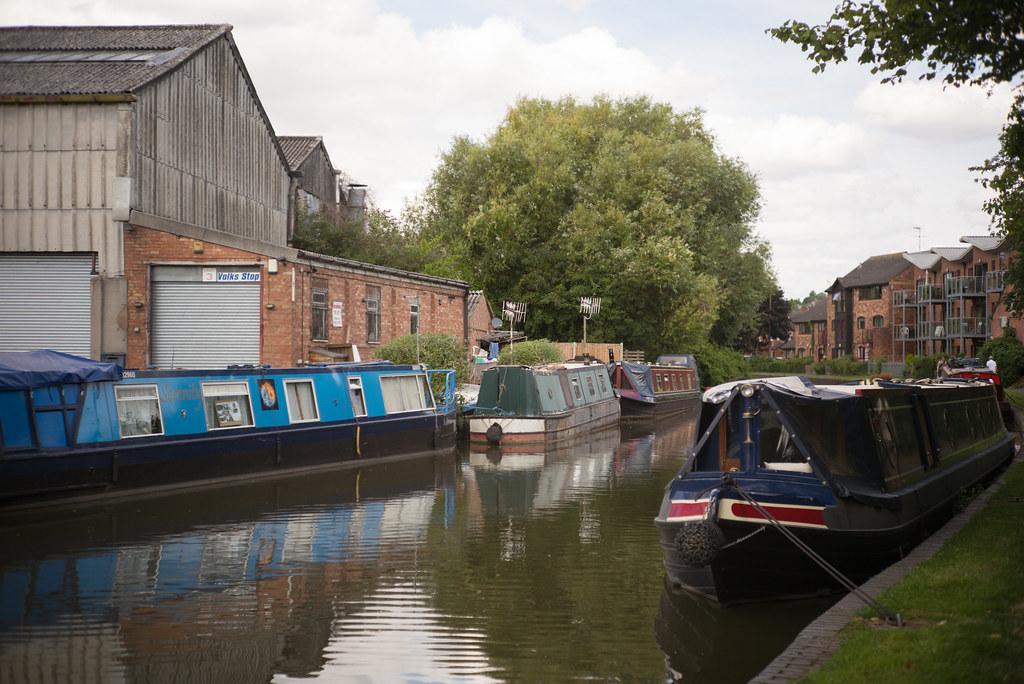 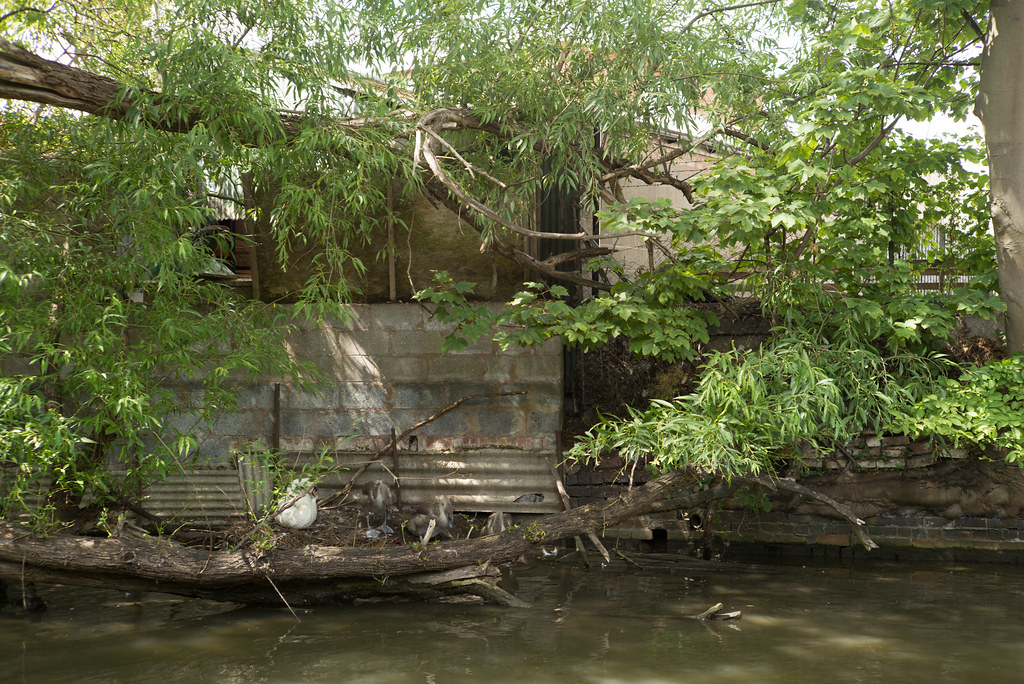 The gentle rendering is very well suited for portrait work. 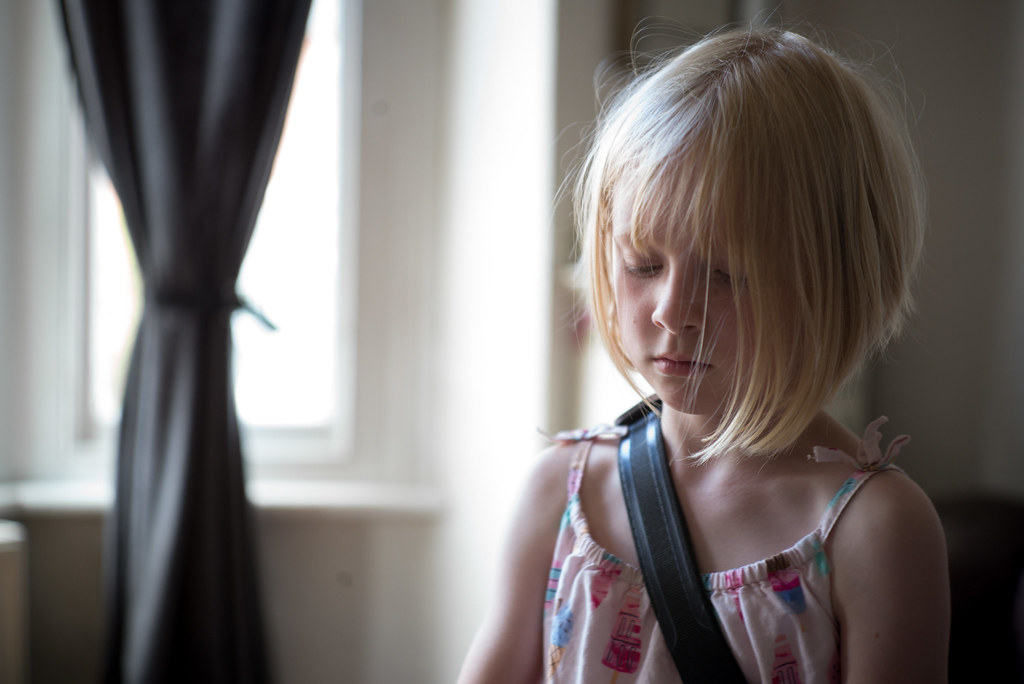 Despite its lack of resolution, there’s enough contrast here for it to to render in a fairly satisfyingly 3d way. 3d pop and lens contrast are two traits that seem to be inexorably linked – that said, whilst I wouldn’t say that this lens is particularly contrasty, it still manages to render in a really nicely 3 dimensional way. If pushed, I’d probably attribute this to the really simple optical formula. It often seems to me that lenses with less chunks of glass in them render more in this way. 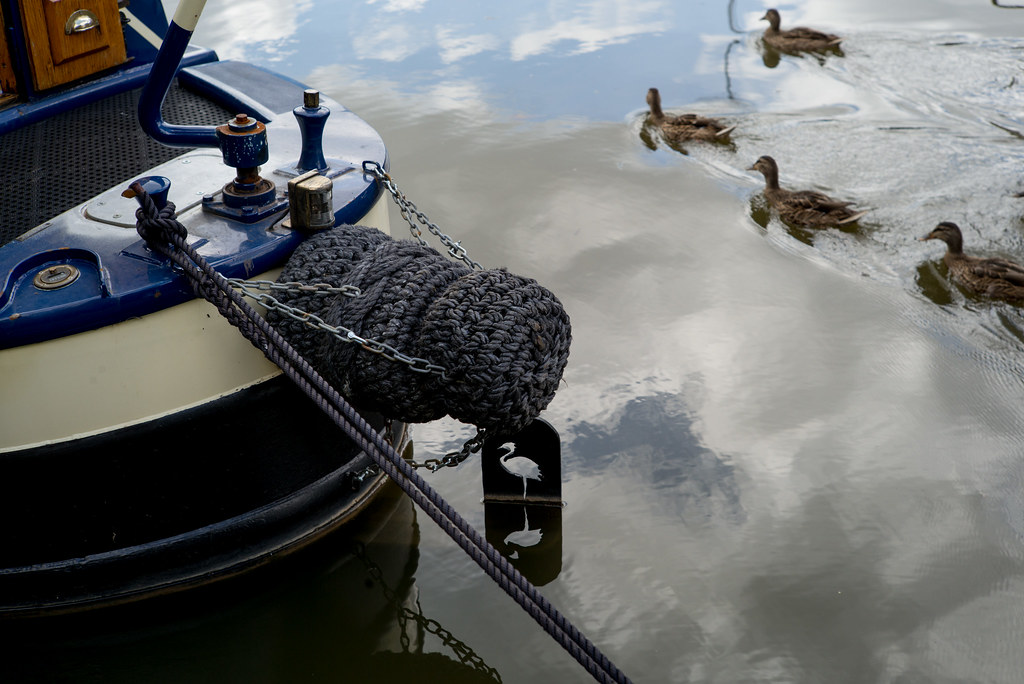 Point the Canon 50mm f/2.2 in the general direction of light, and it quite readily causes flare. In this image you can see a rainbow across the centre of the frame, as well as a good deal of veiling flare that’s causing the black railings in the background to turn quite muddy. The sun was quite far out of the frame here too. 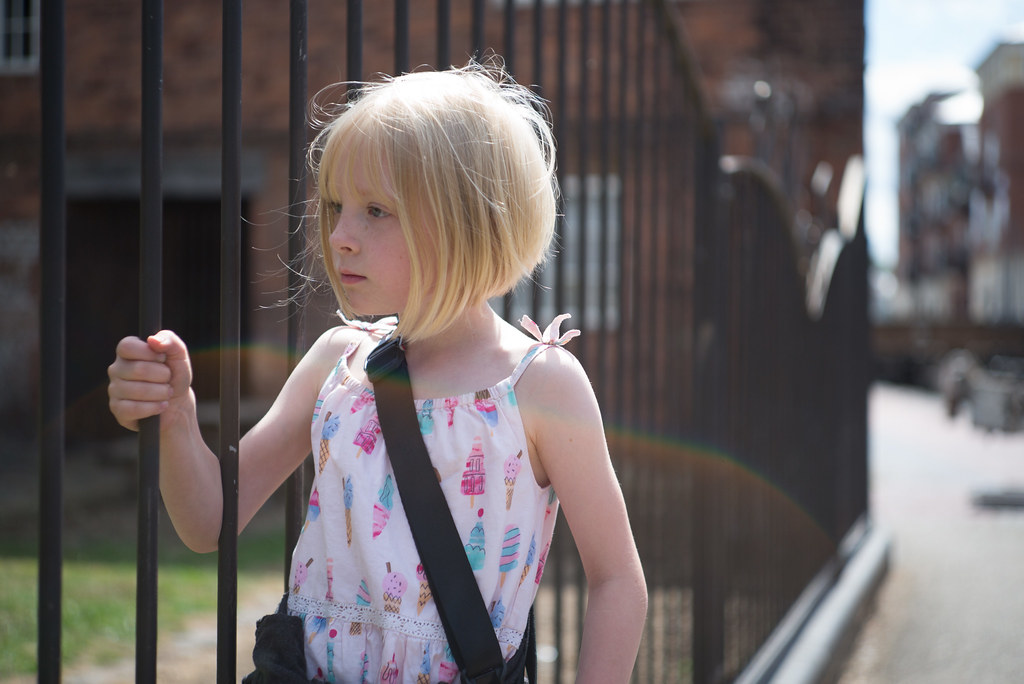 Bokeh and transition to out of focus

I’ve saved the best for last. If you’ve not noticed so far, this lens has fantastic bokeh. There’s very little in the way of distracting nasties, even when faced with foliage or other complicated backgrounds. Specular highlights are also well formed with only the slightest edge to them. 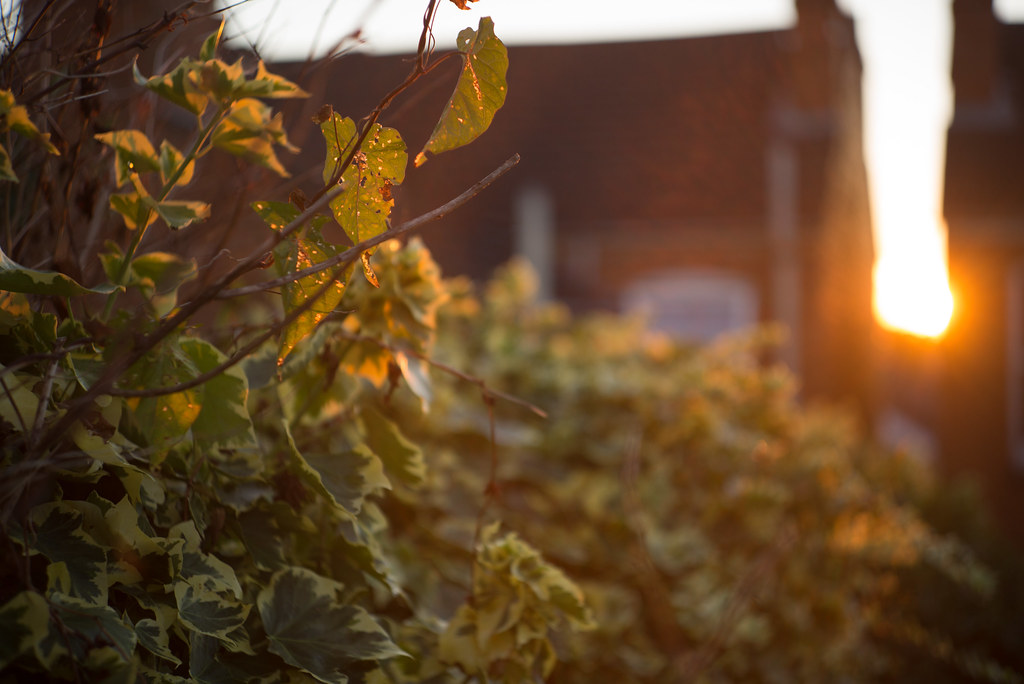 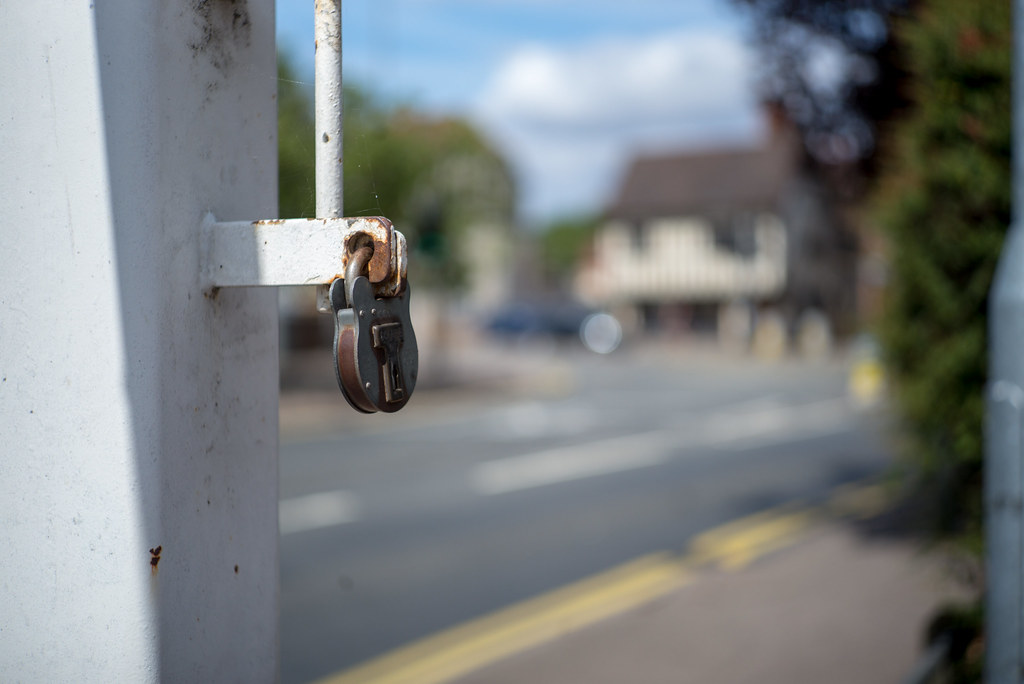 Beyond this though, it has a wonderful transition you out of focus. I didn’t find trait this so much in the 50mm f/1.4 Canon ltm, but here focus melts away in a very attractive way – at least to my eye. 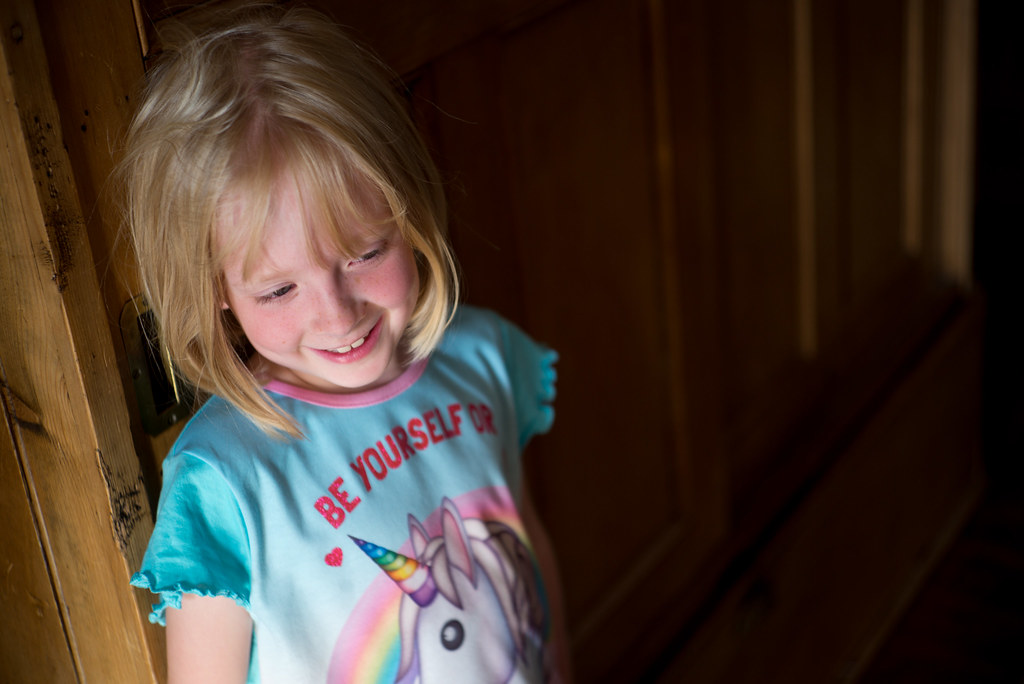 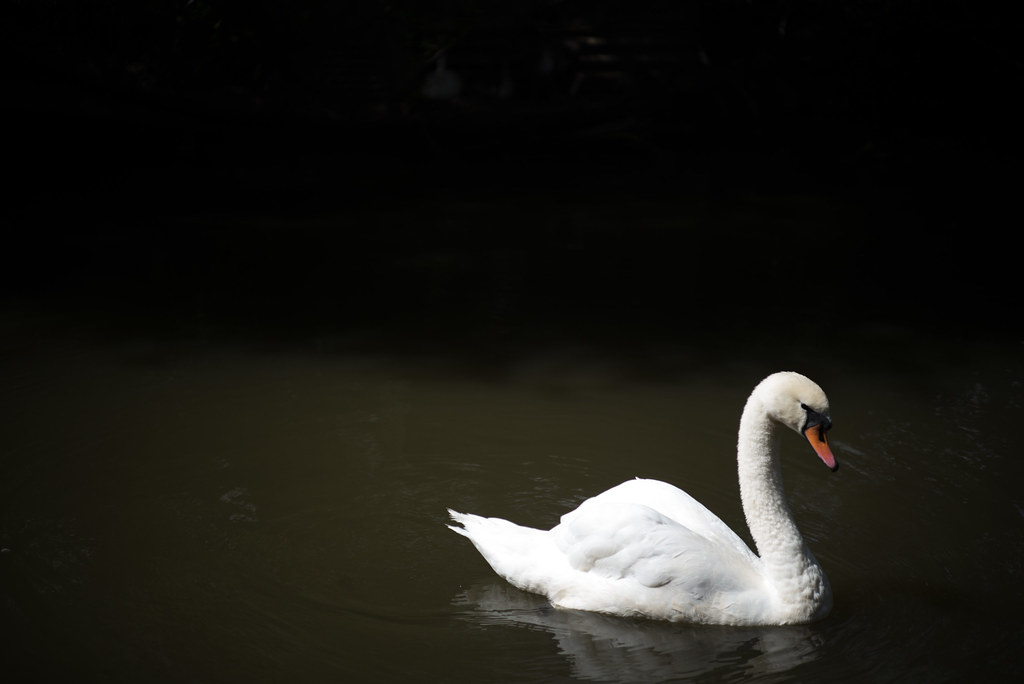 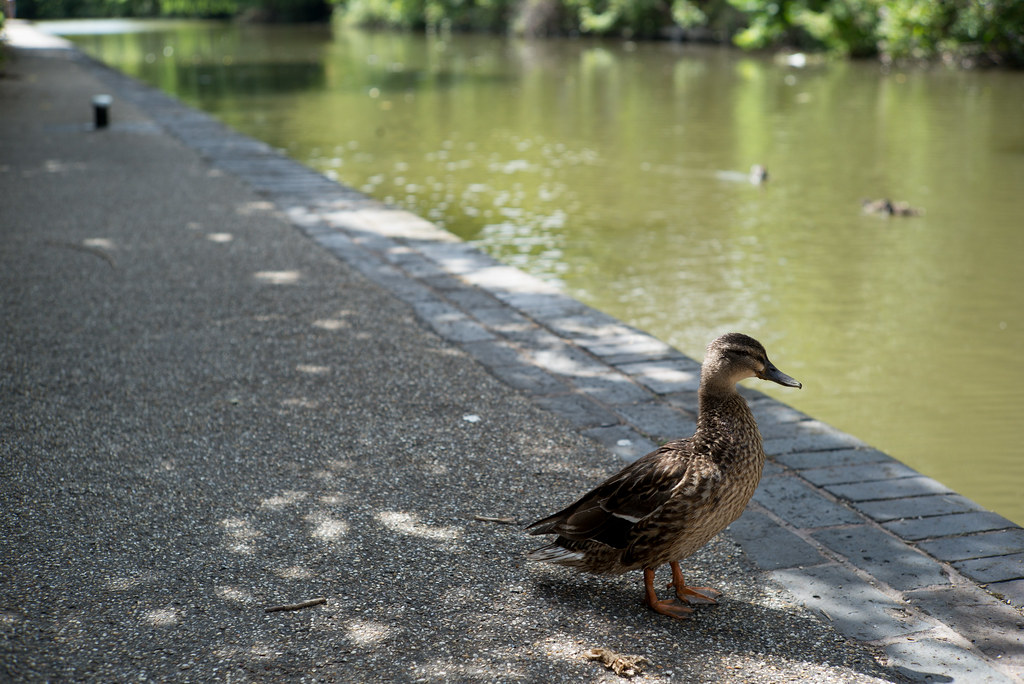 As I say, I will come back to this post with some film samples at some point. I suspect with 400 speed film and faster, the lack of sharpness might not be as much of an objective issue as I can see with my Leica 262. That being said, the lack of sharpness is not something I am particularly disappointed in, as for my tastes this sort of rendering does suit an area of photography I take part in quite regularly – that being, taking photos of my kiddly-winks.

What makes it additionally suitable for this sort of photography is its nice bokeh and wonderful transition to out-of-focus. Combine this with a slight propensity to to veil flare, it’s quite satisfying 3d rendering and you have a lens character that’s really quite appealing!

For my tastes, I’m not sure if quite betters my modified Jupiter-8m overall in terms of my ideal “vintage” lens. There are many shared traits between the two lenses, but the Jupiter-8m just beats it for my personal tastes I think. That being said, if for no other reason than the fact that it’s as rare as hens teeth, I think the Canon 50mm f/2.2 is a keeper!