This Tokyo Optical Co. (Topcon) Topcor 50mm f/1.5 ltm is a bit of a rarity. It’s also something of an oddity inasmuch as it has been described to me by Perry Ge (off of the Classic lenses podcast) as a “half Sonnar half Gauss design” and is a lens that shouldn’t work, but does.

This particular Topcor 50mm f/1.5 ltm was loaned to me by Will from The Latent Image. I’ve been following his shop on Instagram for a while – there is often something that gives me a bit of GAS that pops up in their feed.

That said, so far I’ve been good and haven’t bitten yet, though I did make things a little bit more dangerous for myself by making first contact with Will the other day suggesting that I will pop up sometime soon. His shop is only in the next county, and there is another camera shop I’d like to visit not far away that would make a nice little pilgrimage round trip for me…

Anyway, I digress, after contacting Will the other day, it wasn’t long before he chose to wave this little Topcon 50mm f/1.5 under my nose. I’m about to buy something else that’s going to hurt a little, so fortunately for me, I was able to resist. But, resist as I might, it wasn’t long before we were talking about a short loan for the sake of this mini-review. I’m actually not entirely unfamiliar with Topcon lenses. I also have a later 50mm f/2 that’s currently being tinkered with by Chris Andreyo. The f/2 lens is decidedly more common than the f/1.5 lenses, though still quite unusual in the fact that it’s based on a Biotar design.

I say Topcor 50mm f/1.5 lenses (plural) as there’s actually two versions of this lens. When I initially contacted Perry Ge to see what he knew about it, it was in fact the other version, the ‘Simlar’, that he assumed I was talking about. The Simlar apparently has an even more out-there character than the version I have here. Though the non-Simlar is slightly less common – or at least Perry has seen less of them in the wild.

When I asked Perry for more details, he told me that these lenses come from an interesting period in Japanese lens design history. After the German patents were overturned as part of the war reparations, the Japanese first started copying the German designs, then before settling into more normal designs of their own, there was a time when they tried a few more whacky ideas. In Perry’s words, “Nothing about this lens design makes sense, but somehow it works”.

To a lesser or greater degree, I have to take his word for all this as I am not blessed with the ability to read lens formula diagrams. Though he did send me a screen grab of one from this page which shows the two versions at the top. You can also find more info on this page of the same website that contains some useful/interesting information about the lens – just beware, google translate does not do the content justice…

Of course, as you might know if you read my reviews, this historical stuff – interesting though it is – is not really my bag. I’m mostly interested in how the lens feels to use and the pictures that come from using it. Another lens I own from this approximate era is the Sonnar Type Canon 50mm f/1.5. That is a lens that is a beautifully built. It’s probably the heaviest, most solid feeling, most satisfying to use lens I currently own. This Topcor 50mm f/1.5 is right up there with the Canon. By comparison with my near-perfect Canon, the focusing just feels slightly more its age – though, there really isn’t much in it at all.

The weight, quality of build and material feel of the Topcor 50mm f/1.5 is up there with the Canon too – it’s clearly made out of brass. Even the aperture – which is clicked – rotates with satisfying smoothness between clicks like my Canon does.

The difference between this 50mm f/1.5 and my Canon though is that whilst the optics on my Canon are a bit duff, the optics in the Topcor are lovely! I can barely see any cleaning marks, very few tiny dusts, and there’s certainly nothing horrible inside. But the really surprising bit is that the body work is also nigh on perfect too. Sometimes I behold lenses like this and wonder how they have survived in such good condition…?

As I talk about in my Canon review, that lens is perfect on the outside, but crap in the middle. This is probably why it’s looks so good. It probably wasn’t used much because of its optical failing – not that it’s visible in the results mind – but just that the separation that it has suffered might have people off using it. That’s not the case with this Topcor 50mm f/1.5. It’s lovely on the outside and inside.

I only managed to take the Topcor 50mm f/1.5 out on one shoot – Will wanted it back for the weekend so he could shot it himself before it sold. As such, there’s not a huge amount to see here, but hopefully I’ve taken enough images to give you some clues to the sorts of results that come from using it.

Results from this lens are just as interesting as you might hope from a lens that is supposedly half a Sonnar and half a Gauss. I really didn’t know what to expect, but it had me intrigued at the first photo I took.

I was really taken aback by the “sharpness” centre frame, but whislt zoomed in on the back of the camera I also noticed that despite this central sharpness – even stopped down to f/8 – it falls away to the edges/corner. I suppose this is a product of the Sonnar bit of the lens…? Have a look at the bottom right corner here: 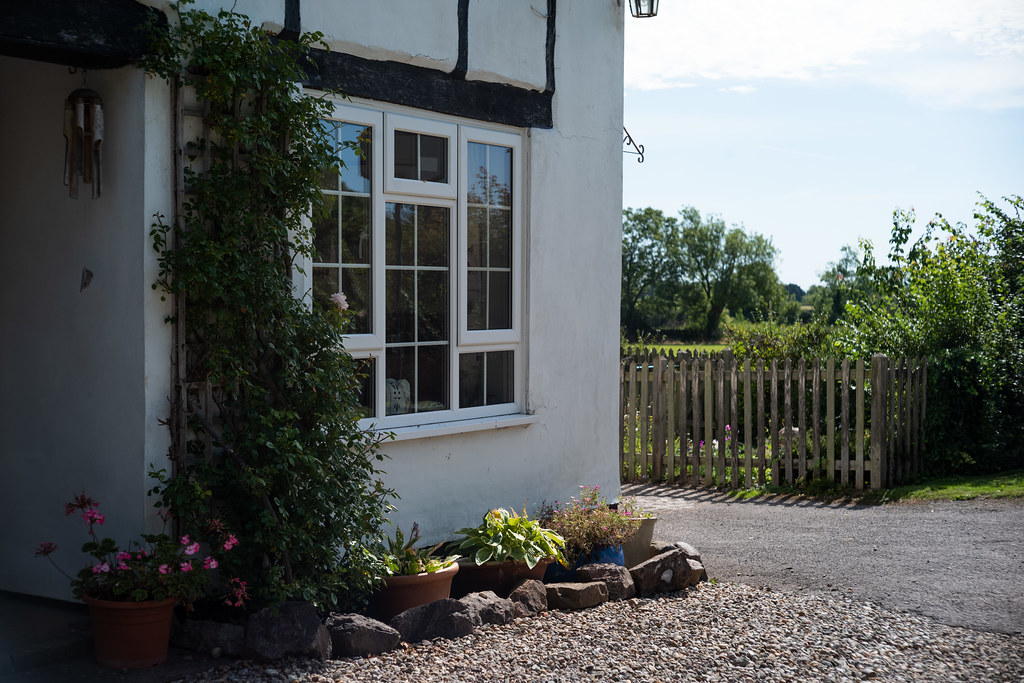 Of course, the next thing I did was to attempt to investigate bokeh with some shots of some apples. 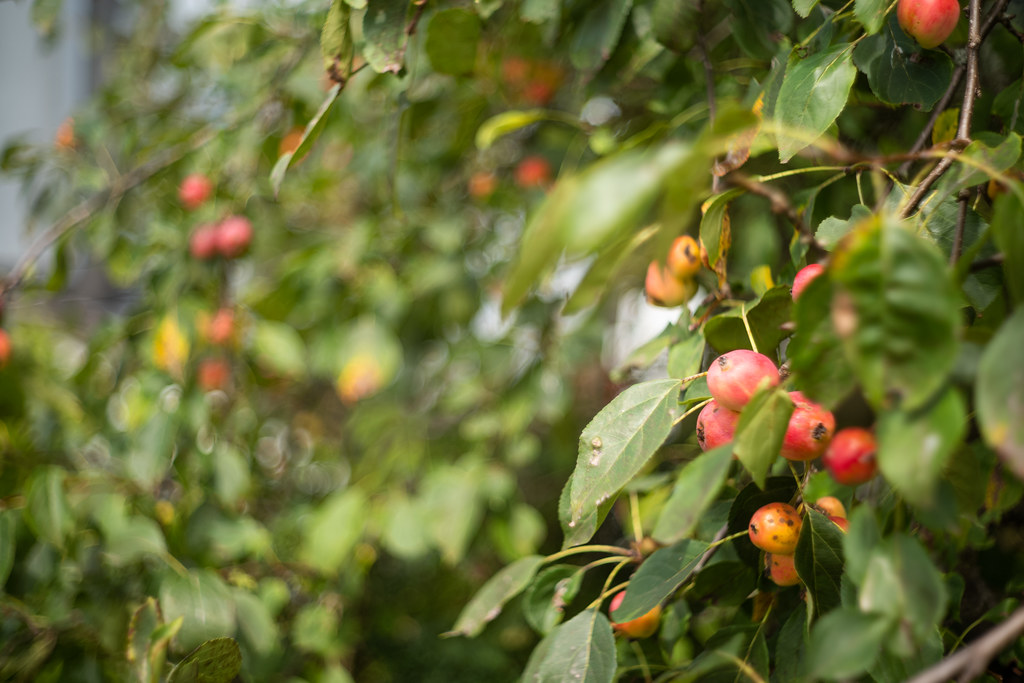 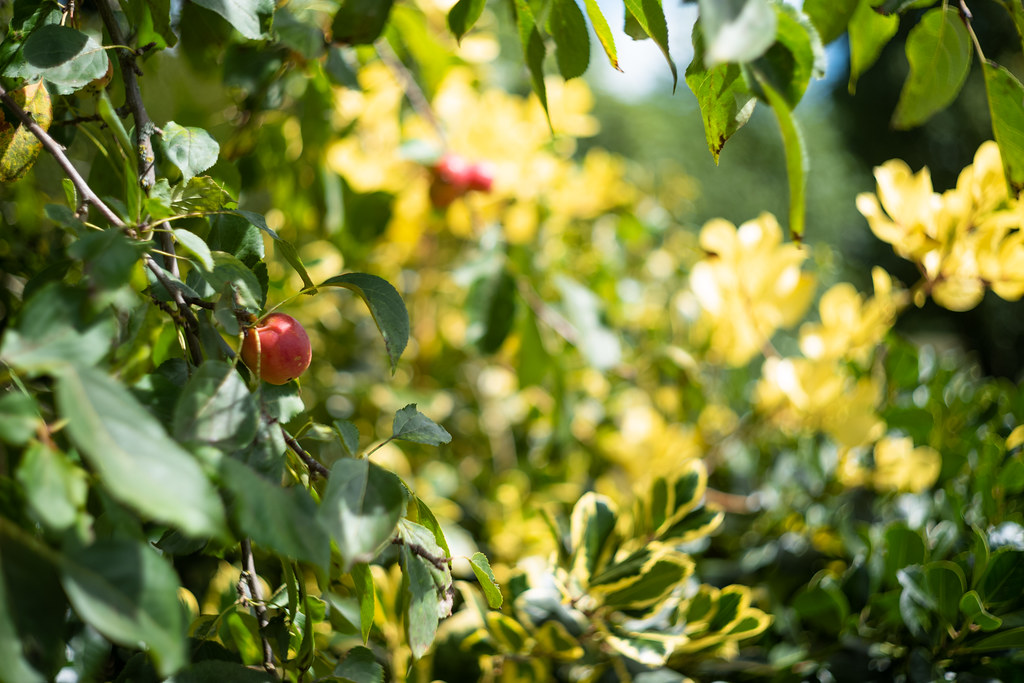 Quite pretty I thought, though I also thought I could just detect a little bit of a wiry look to the bokeh toward the edges of the frame. As such, my next trick was to point the lens at a leaf with some more leaves and sky in the background. Boring images, I know, but they do highlight the look of the bokeh given this type of background. This is f/1.5 vs f/2. As you can see the bokeh calms down a fair bit when stopping down a little, but there is something of a cat’s eye effect with harder edges to the highlights toward the edge of the frame. I suspect this would create something of a swirly look given the right camera/subject/background distances.

You can see it a bit more here too: 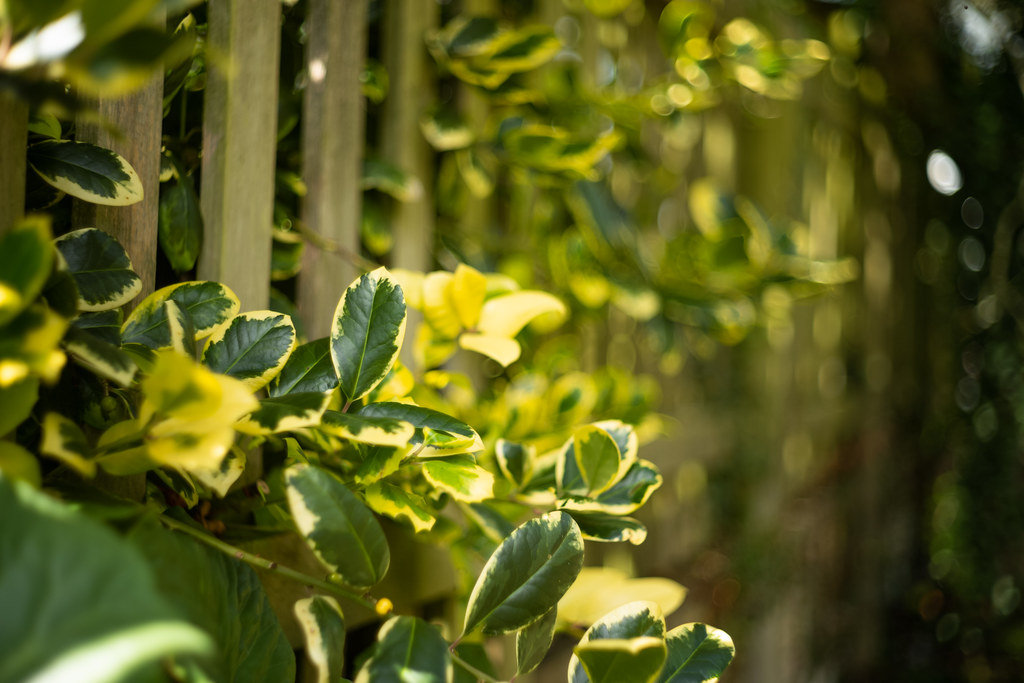 Wide open, the area of sharpness closes in to the centre of the frame. This means shooting off centre subjects wide open gives the subject a bit more of a glow. That said, you can see the subject is still quite sharp – or at least not out-of-focus – through the glow. As such, I don’t think there is too much in the way of field curvature here – it’s possibly just spherical aberrations that as causing it to not be as perceptibly “sharp” into the edges/corners. I might be wrong…? 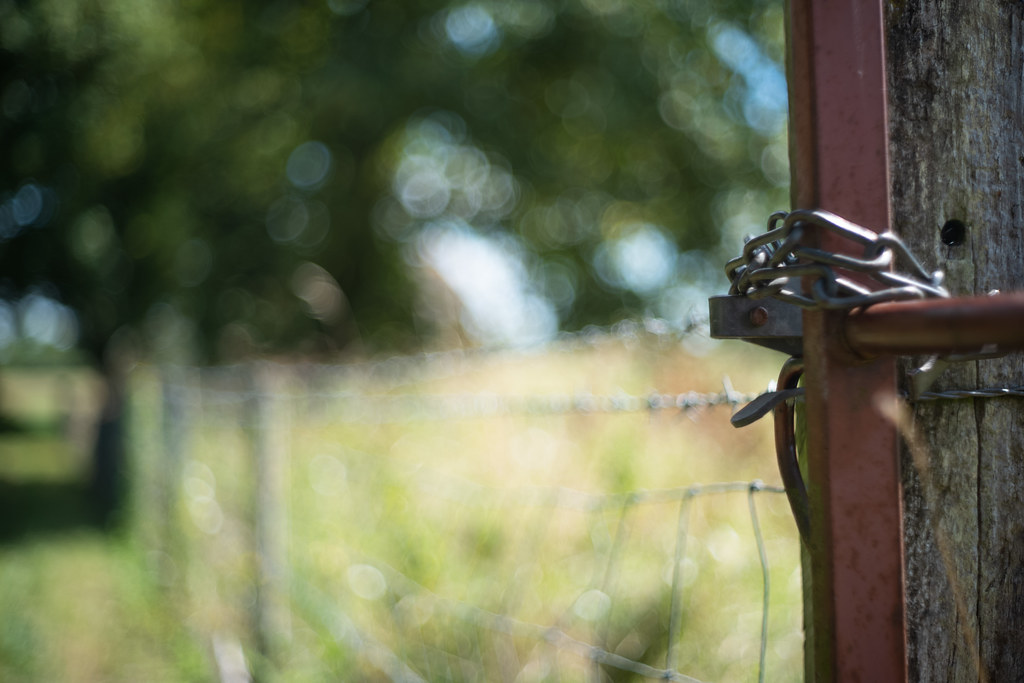 In these next images, you can really see the sharpness and contrast centre frame – the bricks of this old stable have stacks of detail. 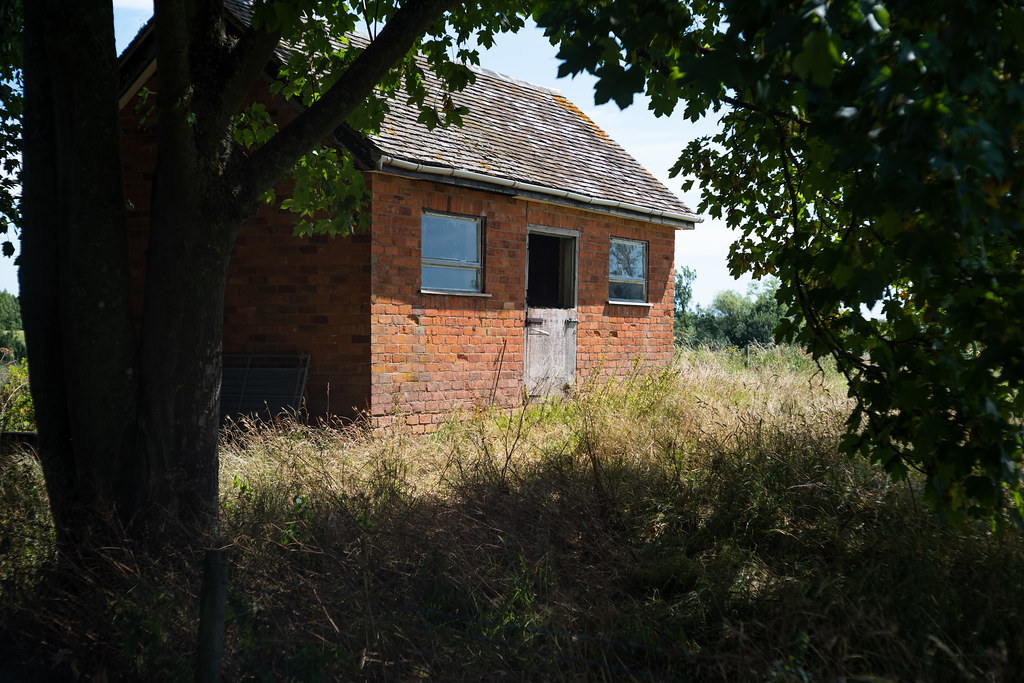 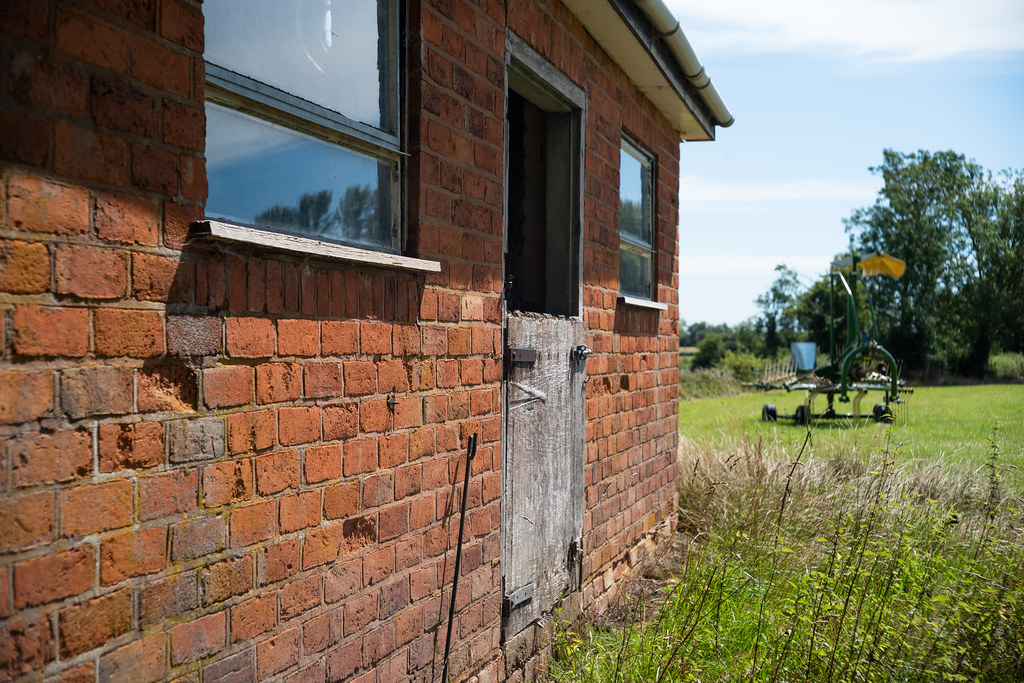 And again in the back of the tractor here – the lens has good resolving power, and is fairly contrasty – stopped down at least. 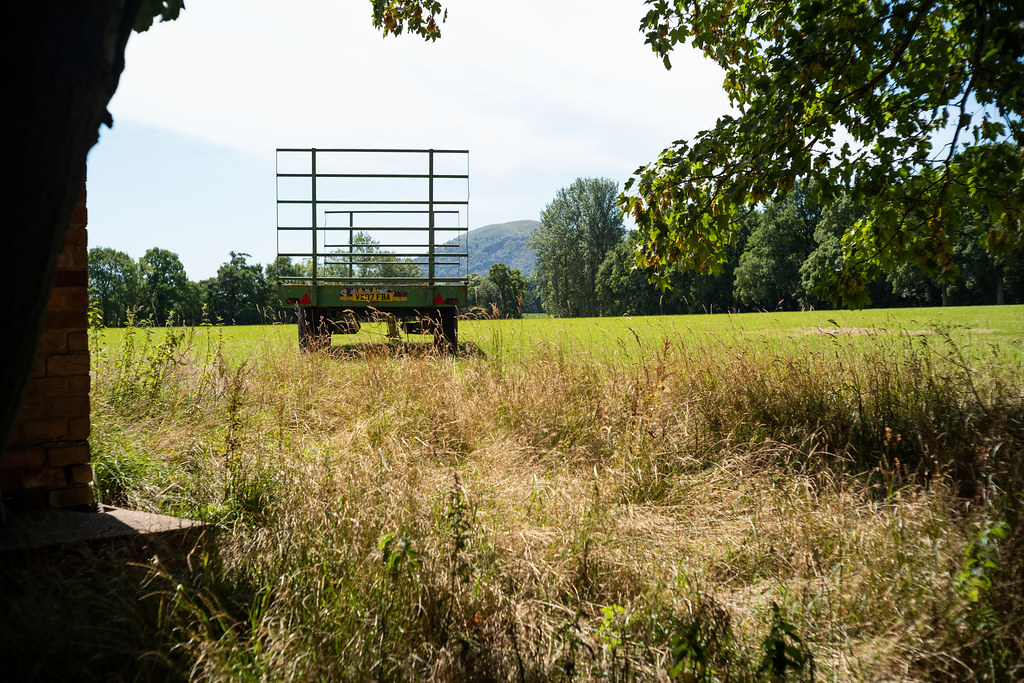 Wide open, there is definitely a reduction in contrast in images from the Topcor 50mm f/1.5. Though, this is not without merit – I was really taken with the look of this next image. The subject has a nice glow, the bokeh is interesting, there’s a bit of a vignette that I like. All in all, it has a nice look to it, I think. 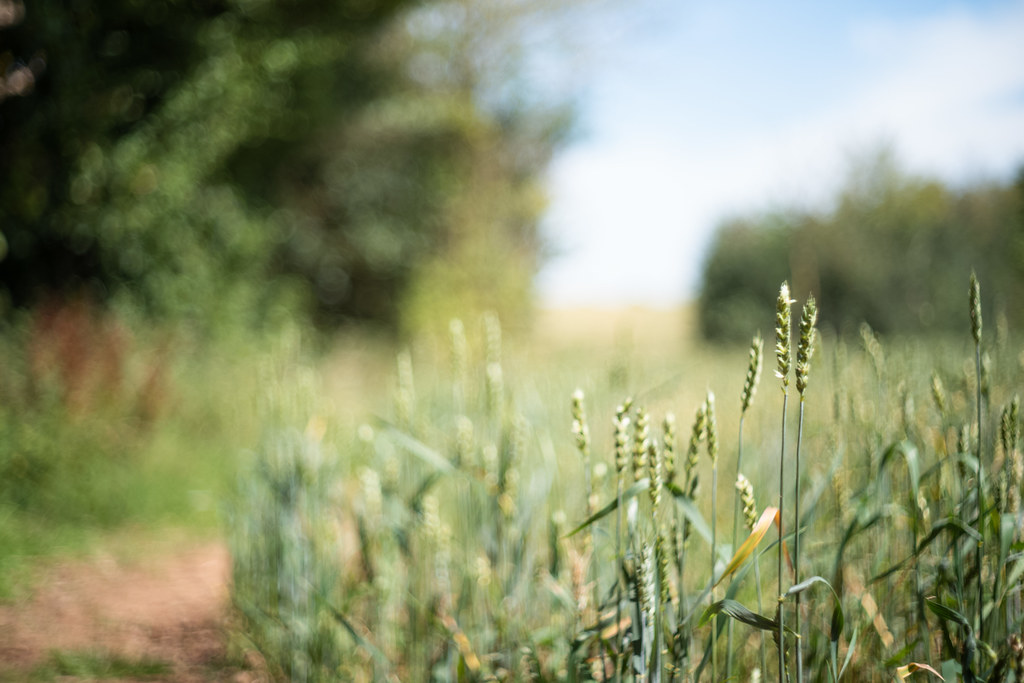 I got a couple of other images I quite like too. I think the following few images were around f/2.8: 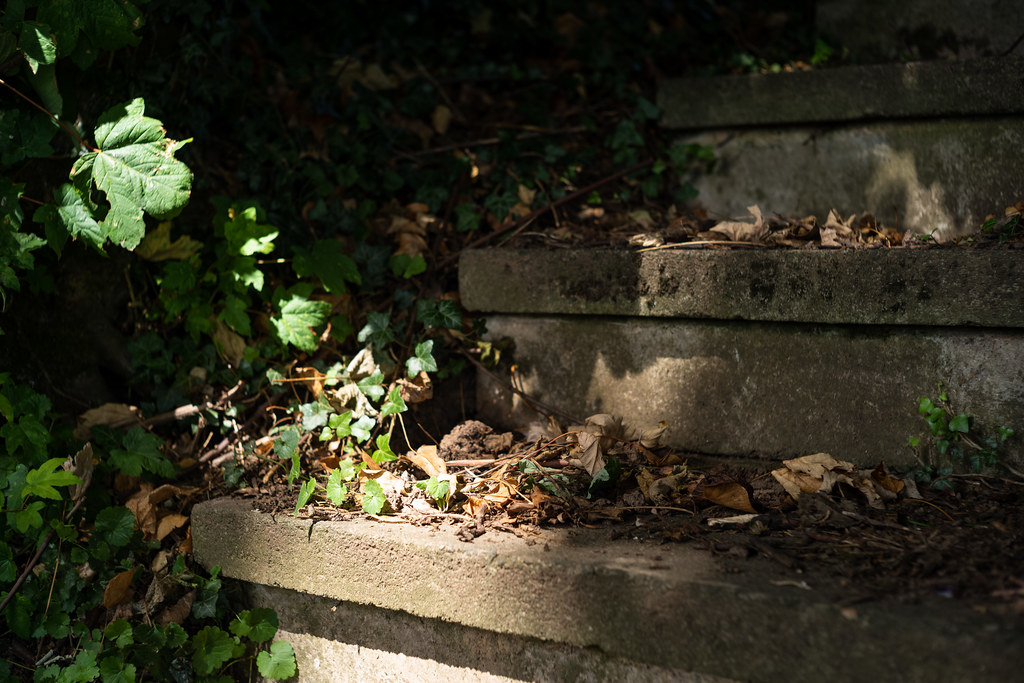 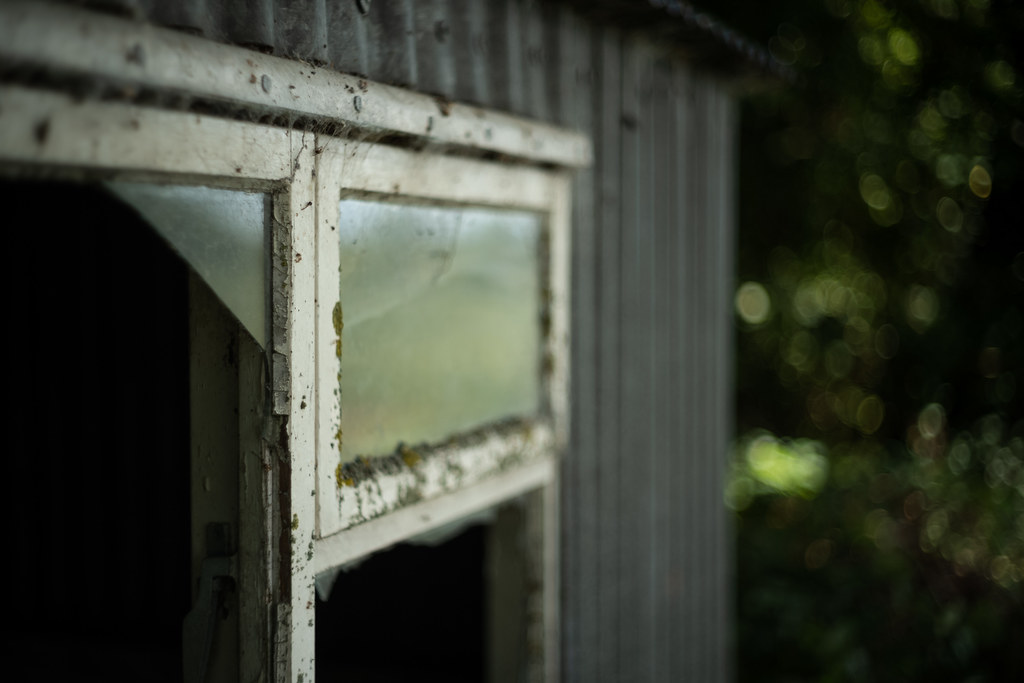 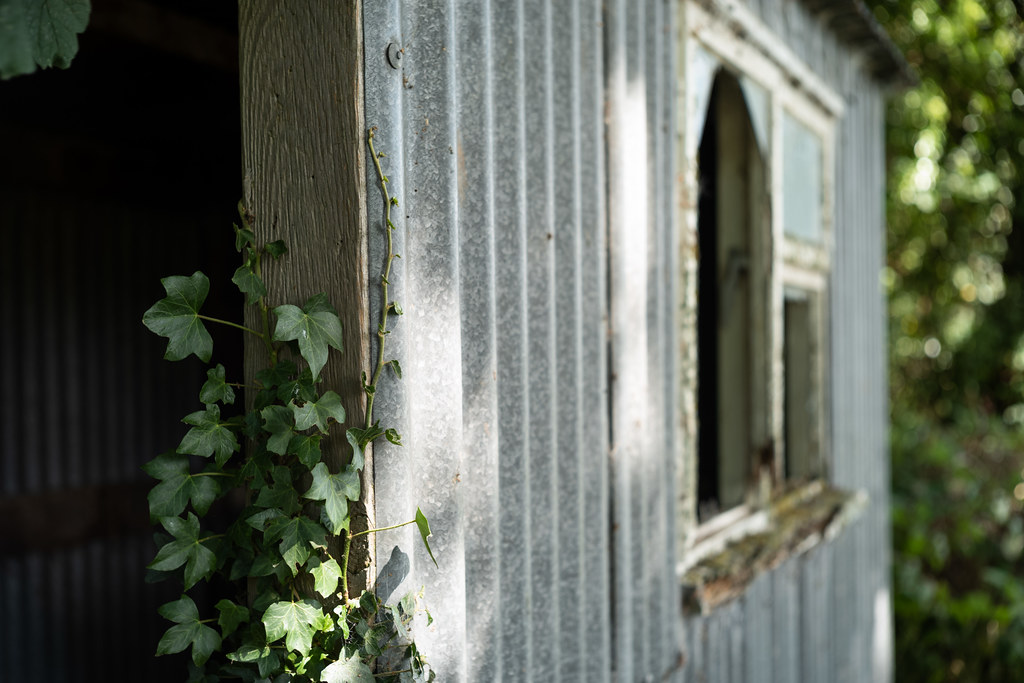 I really like this next one. You can just see a bit of that swirlyness in the background, and the grass that’s out of focus in the foreground is really nicely rendered, I think. 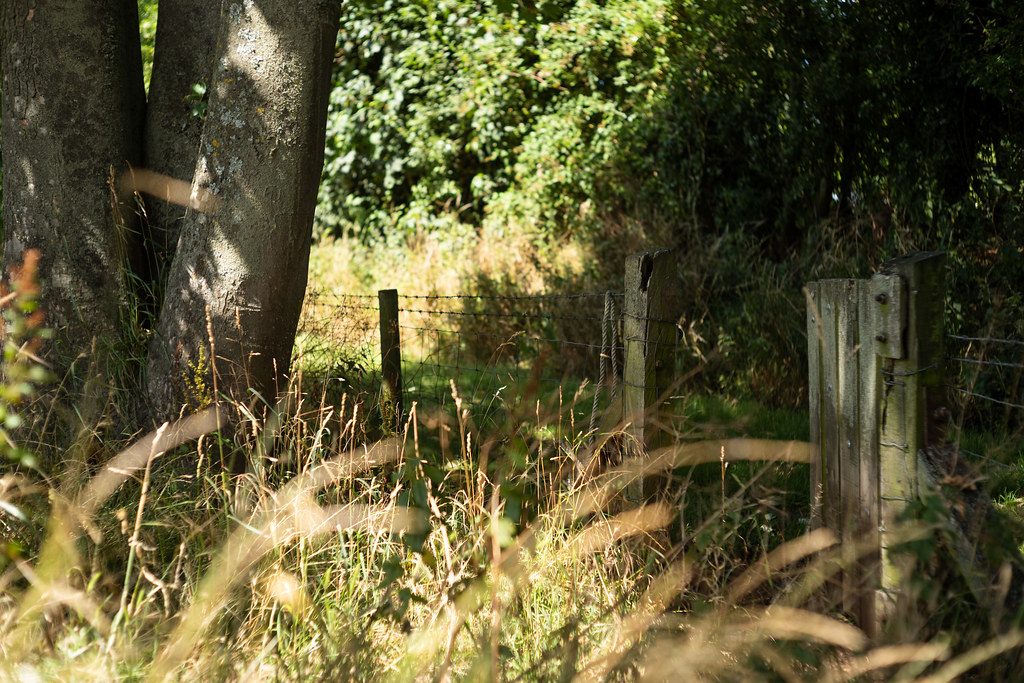 And this last one was stopped right down again – the sharpness, contrast and colour is just lovely. 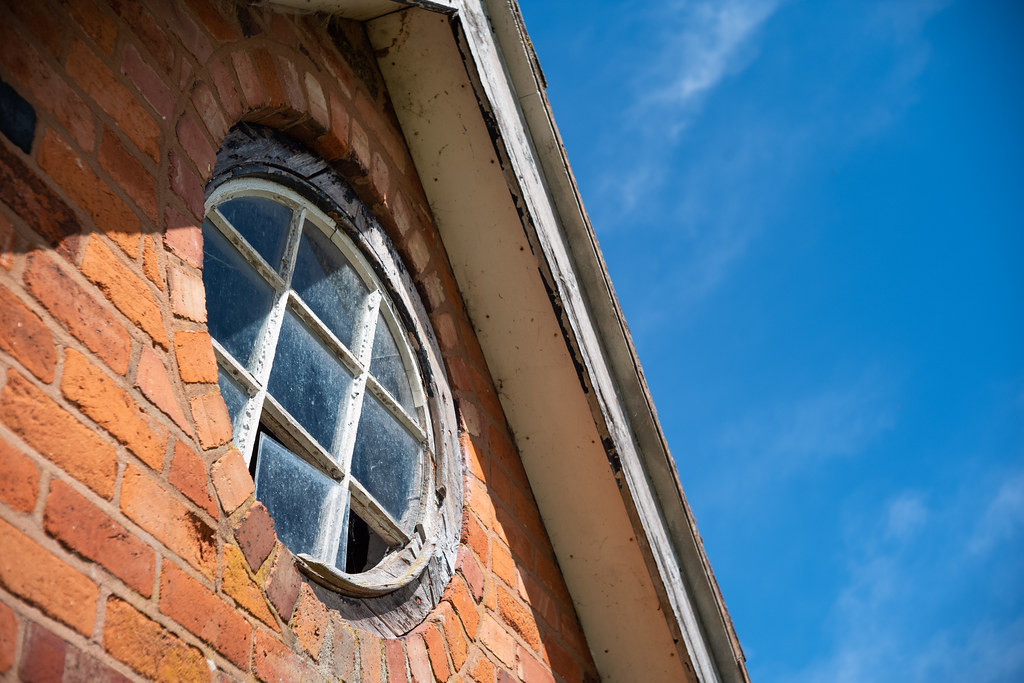 I meant to try and force this Topcor 50mm f/1.5 to flare, but unfortunately I forgot. It would have been interesting to see how it got on with some direct sunlight.

All in all though, I must admit, I found myself a little smitten with the results. It’s certainly different to the Sonnar lenses I am most readily found with – I don’t prefer it – but perhaps because I managed to achieve a good few photos that I find aesthetically pleasing in such a short amount of time… well, it did nothing for my GAS, let’s put it that way…

That said, it wasn’t enough to convince me to part with my cash. I love the results, and the handling – it’s a lovely package – but this Topcon 50mm f/1.5 is really a collectors lens. It’s too just much for me – it’s too clean, it’s too mint, and at something around the ~£1500 it’s worth, it’s just too rich for me too. It’s the sort of kit I would be scared to own.

This is a lens for someone who likes to have rare and unusual lenses in their cabinet that’s in spot-on condition. For someone like that, this lens would be a real treasure, I’m sure! I do hope that whoever buys this Topcor 50mm f/1.5 shoots it though. It might be a collectors thing, but for how nice it is, and how unusual it is, it definitely deserves to be shot with!

If you are interested in this lens, or more interesting film cameras and lenses, it’s definitely worth adding The Latent Image to the list of websites you peruse. His instagram is well worth a follow too

Thanks for the loan, Will!