The Samsung AF Slim is quite an uncommon camera. I’d been keeping an eye out for them onfor one for quite some time when I eventually bought mine. £14 I paid for it, which seemed like a good price to me – though I had no point of reference for comparison. Good or bad, I was very pleased I’d got one… Well, I was pleased until it turned up at my office half smashed.

The chap who sent it just put it in an envelope with barely enough tape to keep it inside. The envelope had ripped and the camera strap was hanging out of the hole. Fortunately it was in a camera case, else I think the damage to the camera would have been fatal. It wasn’t fatal, though the condition was far from what had been described and what I’d seen in the pictures in the listing. At some point in transit it must have taken a bash or two as the viewfinder window was cracked and the back door of the camera would no longer click shut properly. Still, with a battery inside it whirred (quite loudly) to life, so sod it I thought, I might as well give it a run. People frequently comment when they look at this camera that it appears to be a Konica Big Mini. I’m not convinced myself – not by half. For a start, the features list is very different, and actually the way it feels and works in use is different too (I will come back to this in a mo). That being said, there is one glaring similarity. The lens of the Big Mini is a 35mm f/3.5, and so is that of the Samsung AF Slim. “So what” I hear you say “loads of camera like this have a lens of that spec”. This is true, but not many focus quite as close as this one, and this close focusing is a feature shared specifically with the Konica Big Mini. To be honest, I’m not really sure how much I care if it is the same lens or not. The big mini has a great lens, there is no doubting that, but then, so do many other 35mm point & shoot cameras. There is no denying that lens is a very important piece of the puzzle, but if the camera turned out to be as annoying to use as the big mini, it wouldn’t matter how good the lens was, I wasn’t going to be a fan. I know people love the Big Mini, but personally I don’t like it – I just don’t find it that great in use.

The Samsung AF Slim in use

The Samsung on the other hand, feels fairly decent in use. For a start, the viewfinder is ok, not amazing, but ok. With the camera to the eye though the user experience is improved further by its good use of LEDs. At the point of half press there is a little red light and a little green LED by the viewfinder. An illuminated red light tells you if the flash is going to fire, or if the flash is switched off, it flashes to warn you that it’s going to use a slower shutter speed instead of flash. The green LED has three states. Solid lit means focus obtained, slow flashing means close focus obtained and fast flashing means focus not obtained.

Where the Samsung AF Slim really differs from the Konica is that regardless of focused state – even if focus hasn’t been obtained – it will still take the shot upon full press. If the Konica doesn’t focus it just does nothing – combine this with an ineffectual feeling shutter button and you have a camera that feels unpleasant to use. The Samsung AF Slim is different, for a start there is a positive half press, which is enough to elevate it above the Big Mini alone. Beyond that though, it also appears to have a default focus distance. This means that if it can’t get focus, it will still fire to a preset distance. This might not suit everyone, as of course it might result in the odd missed focus shot. For my tastes though, a key factor in a good point & shoot is the feeling that it’s responding to me – the Konica lacks that feeling whereas the Samsung AF Slim feels pretty responsive.

Incidentally, this is the Big mini I have used, if anyone can enlighten me to a version that has a more clicky feeling button and a default focus distance I’m all ears… Not is all a bed of roses for the Samsung AF Slim though. Whilst it does have responsiveness over the Big Mini, it still has flaws of its own. The first is the noise it makes. Once the button is fully pressed the lens mechanism kicks into action and moves the lens into the position required for focus. Unfortunately the noise it makes is far from discrete – nor in fact is the film advance. I have heard louder cameras, but this is definitely one of the more screechy sounding cameras I’ve used.

The noise is by no means it’s only flaw either. As with almost all compact cameras there is no memory of selected settings when the camera is switched off. This is par for the course with this sort of camera, so whilst frustrating in itself, it’s hard to pin too much negativity to it for this issue. What matters is how the camera works around this issue.

The big deal with this lack of flash memory in cameras is that it creates the issue of the camera not being prepared for the shot if your preference is to never use the flash. There are two paths to this problem being overcome in this type of camera. The first is switching the flash off each time you switch the camera on. The second is just leaving the camera switched on all the time. This camera does well on the first count, as you only need to press the flash button twice to turn it off. Unfortunately it also has an automatic power down after only a few minutes – meaning if you like to shoot with the flash switched off, you’re going to be pressing that flash off button a fair amount. As mentioned earlier on in the post, the Samsung AF slim has a very different feature set to the Konica Big Mini. Possibly my favourite function (or lack of function) is the simple auto, on, off flash modes. I don’t use a flash much so limited flash function appeals to me. Beyond the flash modes it also has a series of other potentially interesting, or possibly somewhat novelty functions.

Press the mode button once and you get backlight compensation. This is definitely handy. From this point on, the more times you press the mode button, the less useful the modes become. Press it once more and you get the self timer. Press it again and there is a double shot self timer. This is followed by continuous shooting mode, then bulb mode, then 3 interval timer modes. Finally, we flip back to the potentially useful again with a mid roll rewind mode. I didn’t use any of these, and probably wouldn’t that often – but of course, your mileage may vary.

Of course all this would be moot if the Samsung AF Slim didn’t take a good photo. Thankfully it does – in fact I was completely blown away by the results. For a start it seems to have a propensity toward using a wider aperture and faster shutter speed in slightly lower light circumstances. This is always a positive for me as significantly reduces the chance of motion blur in the results – something I didn’t see in any of my photos. Additionally it’s autofocus didn’t fail me once, and that’s despite me taking lots of close up portraits of my kids in a bid to take advantage of its close focusing. 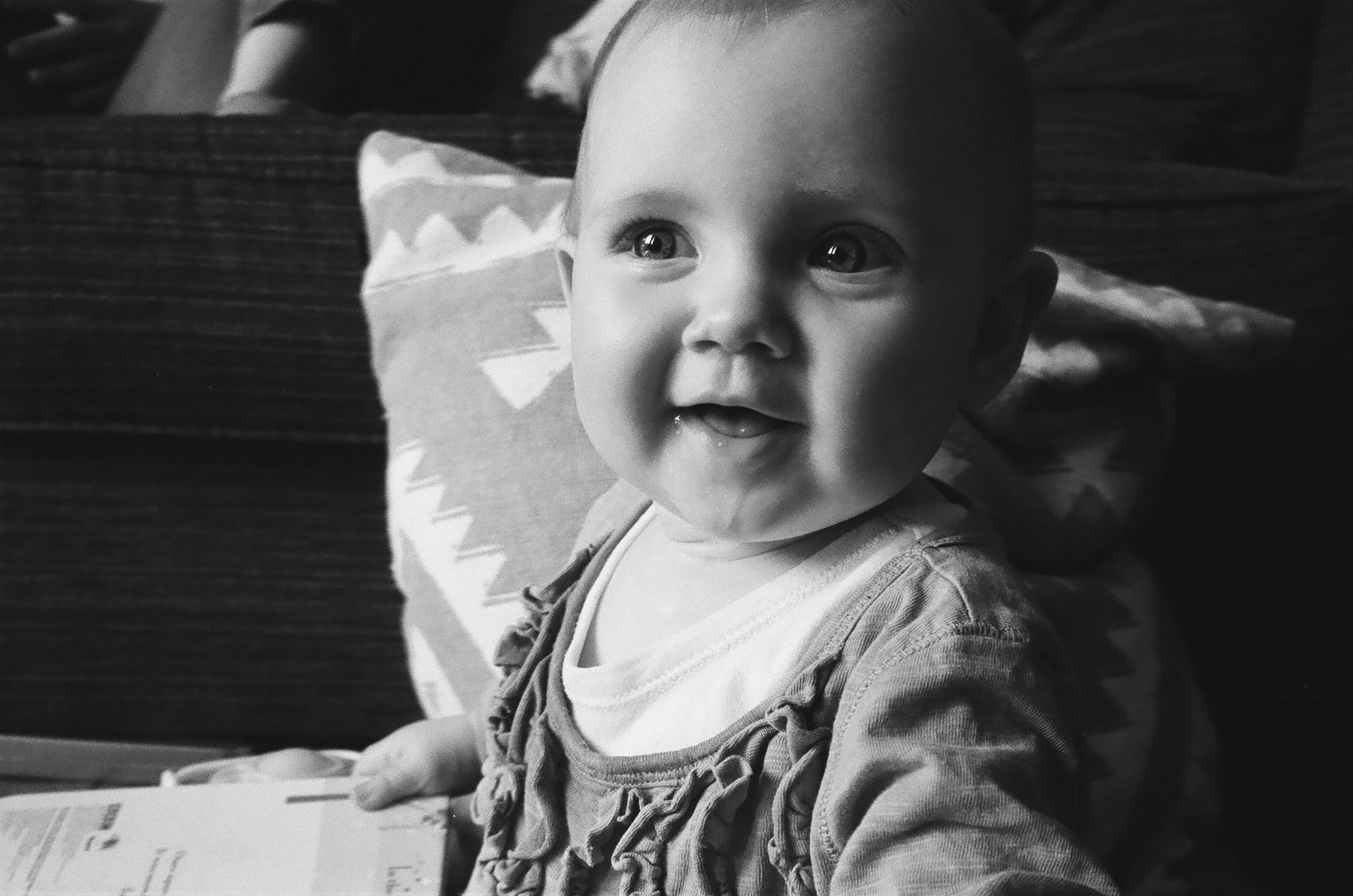 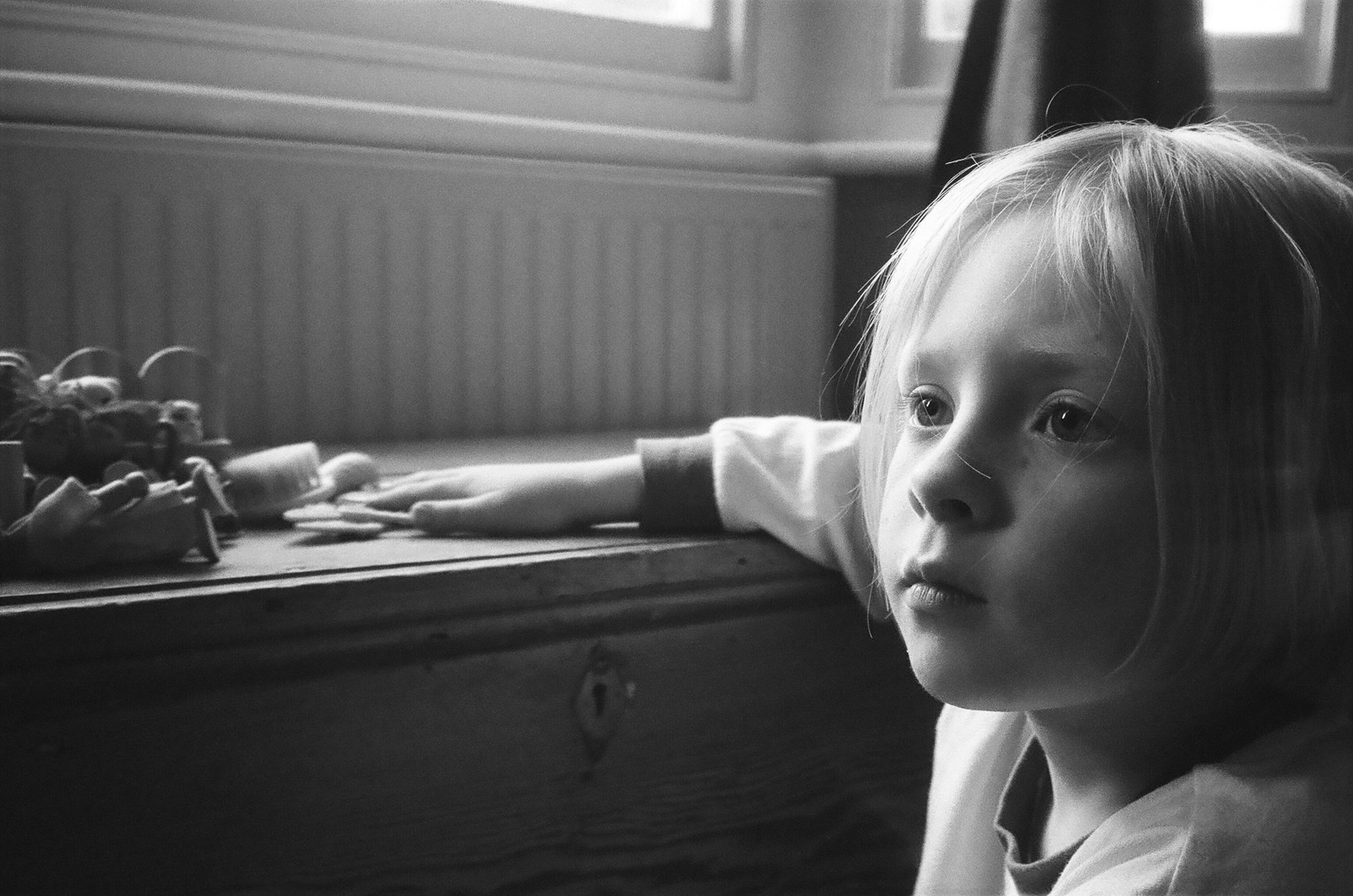 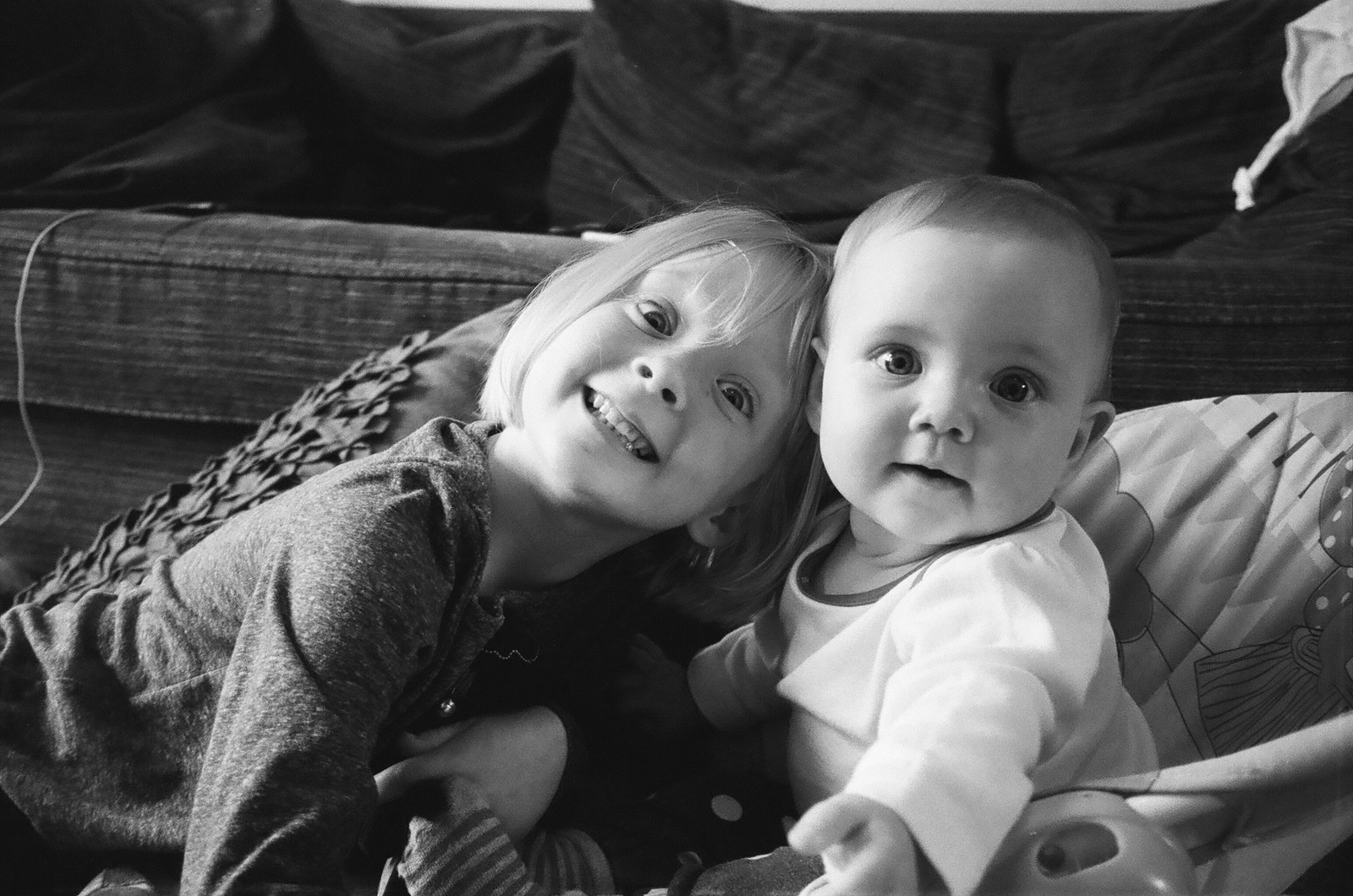 Beyond the function of the camera though the lens is also clearly of a very high quality. I admit there is a little flare in a couple of my shots – the flare in this next shots for example is just odd – though it could be a light leak I guess… 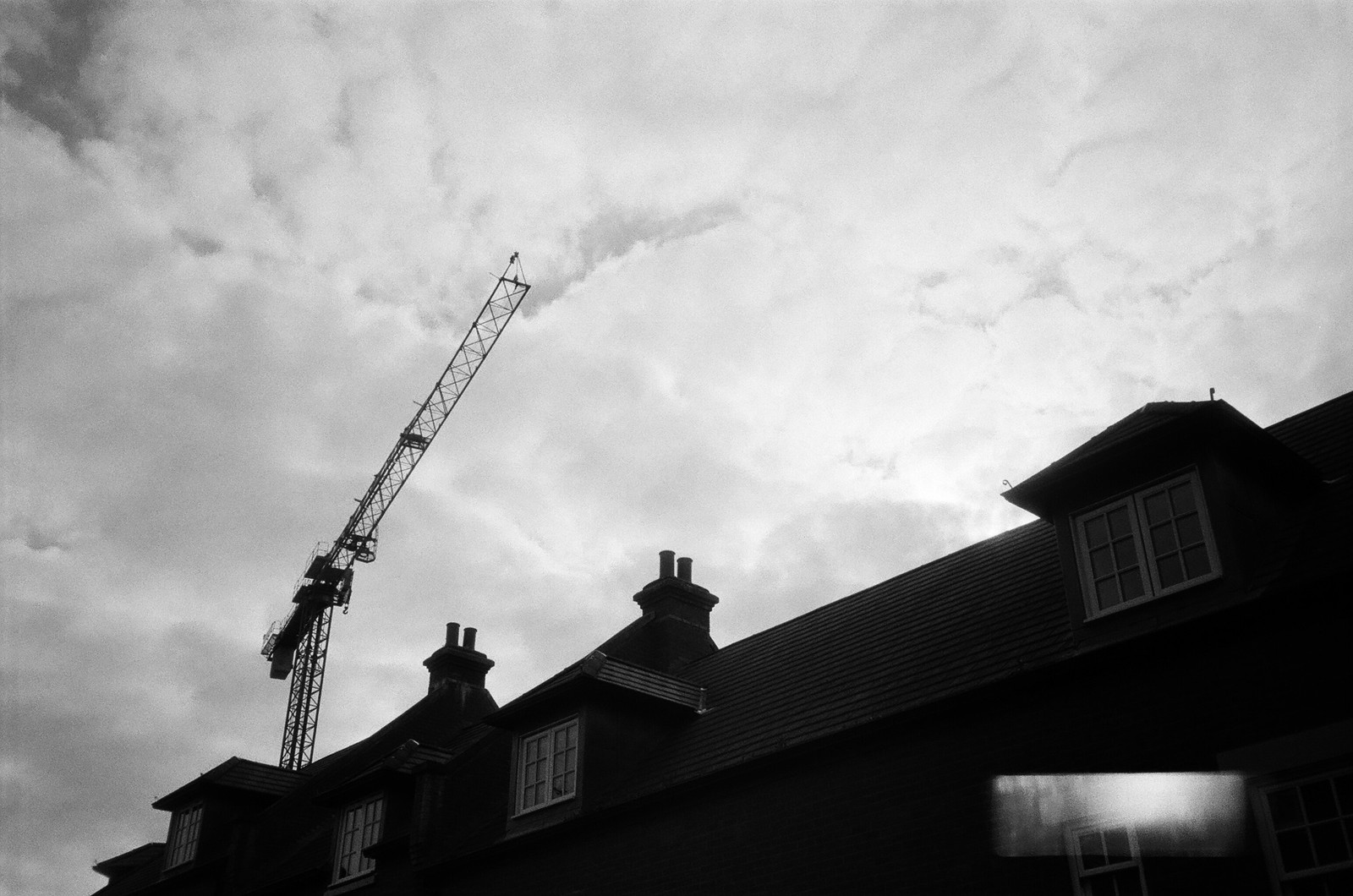 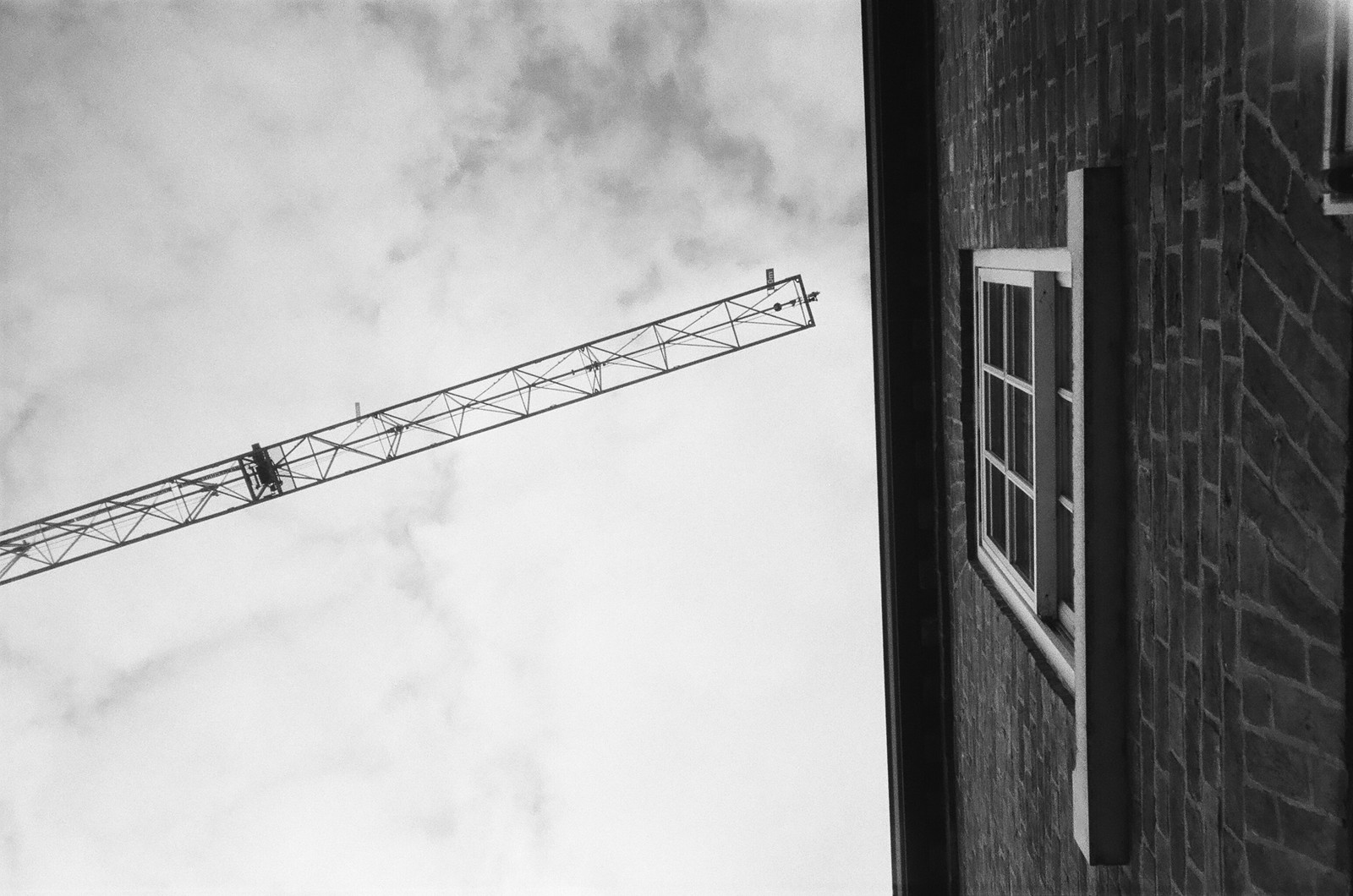 And of course there is a bit of a vignette. 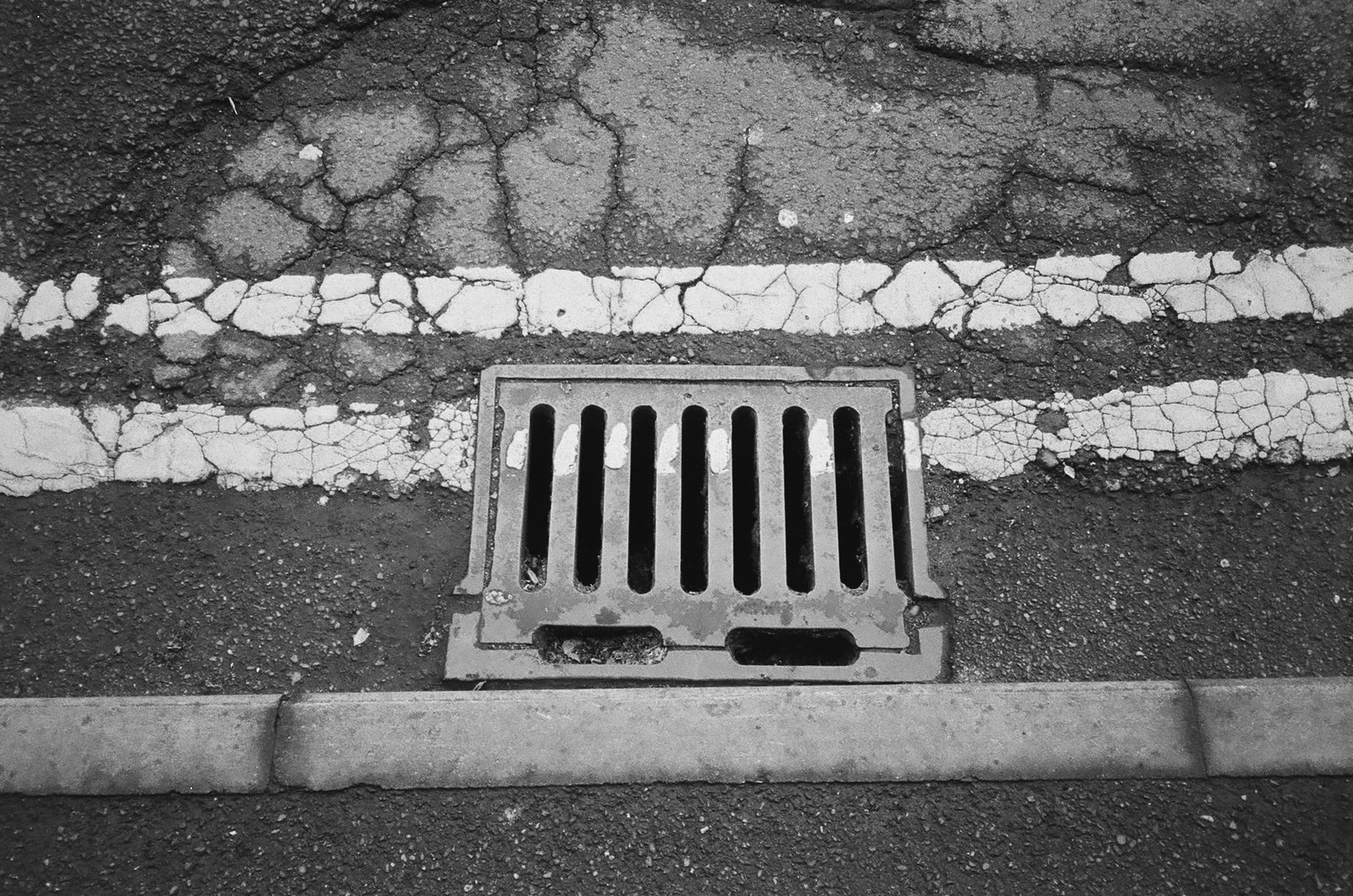 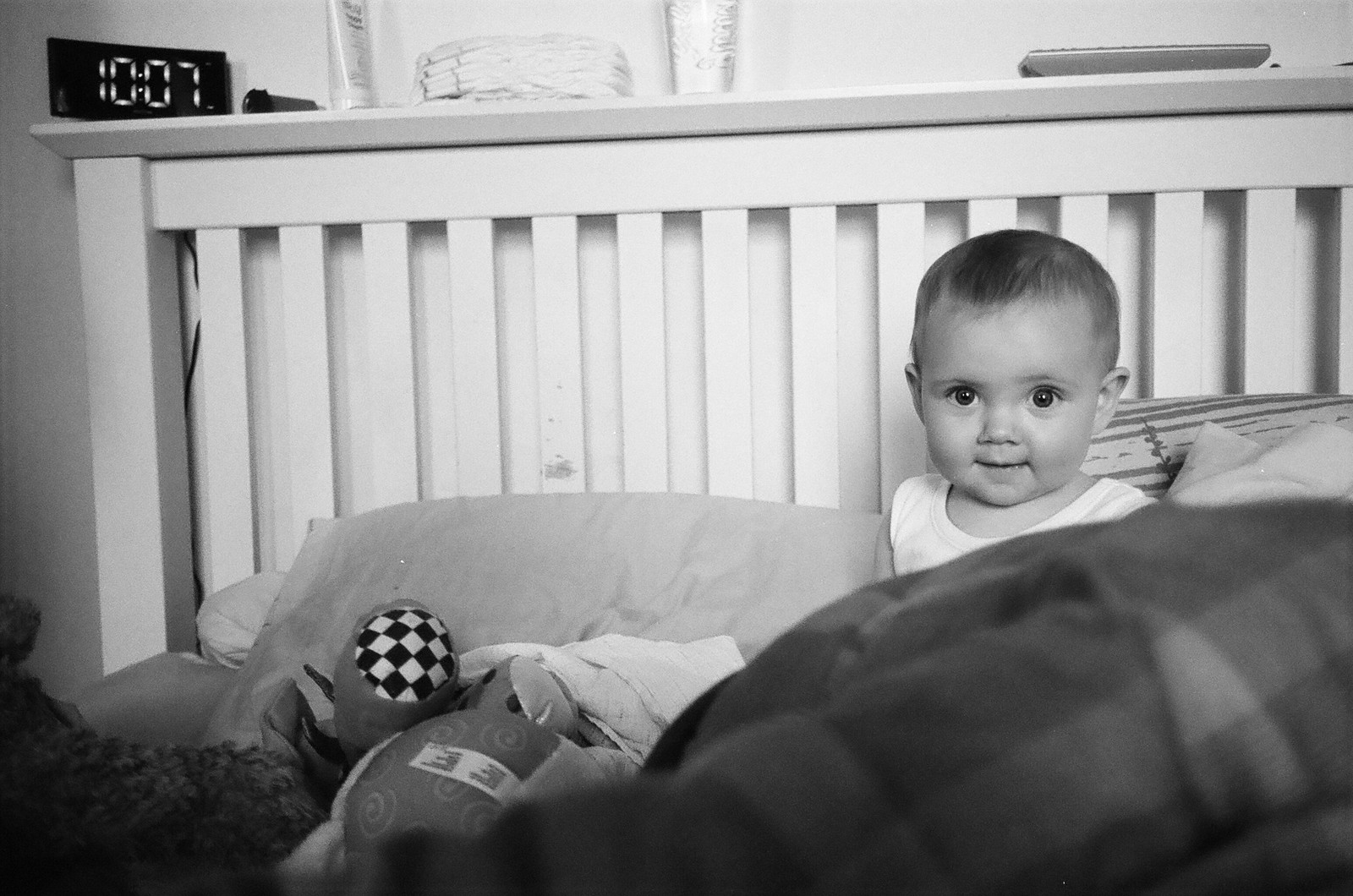 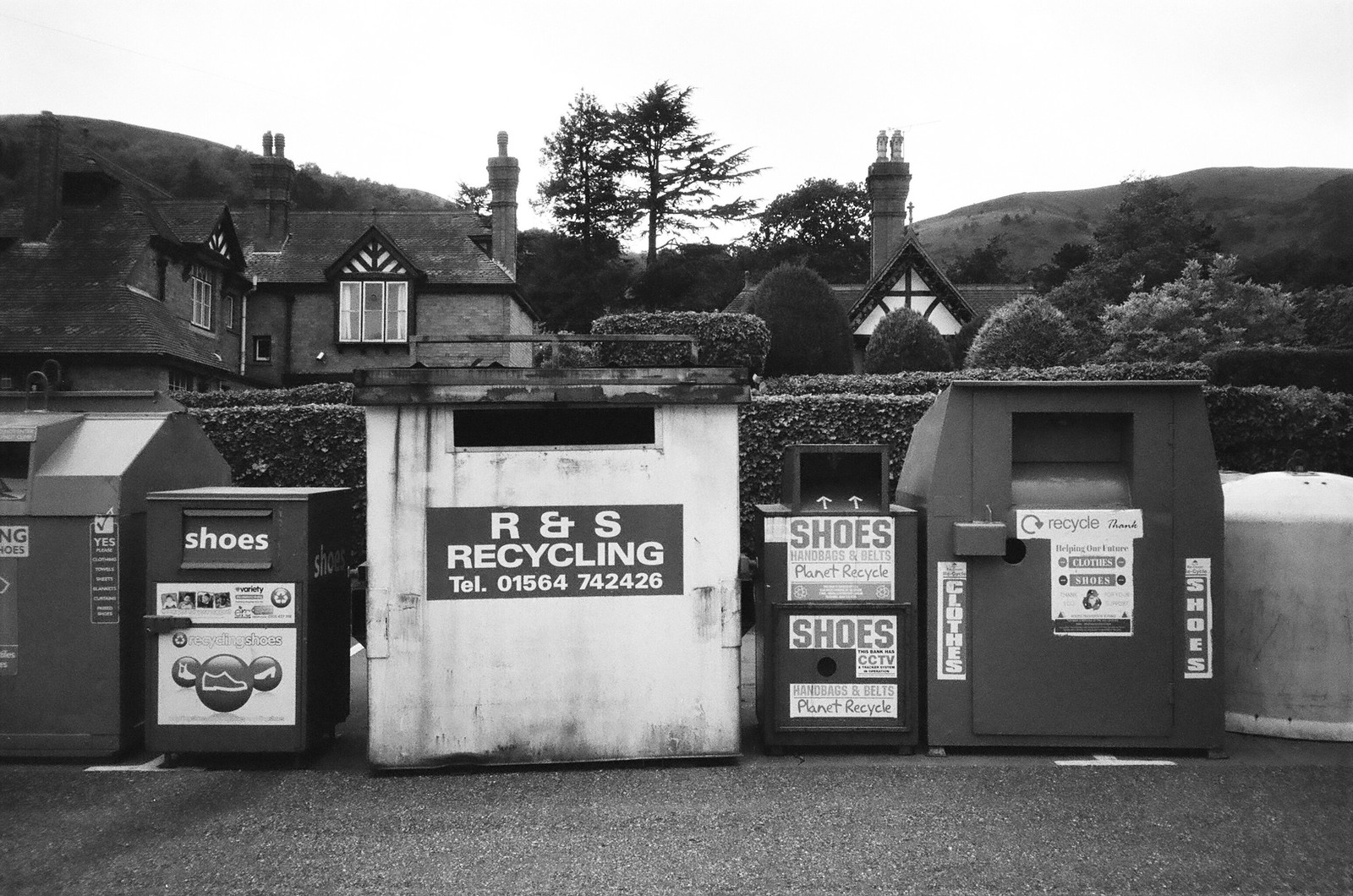 Other than that though, I really can’t fault it. It’s a sharp as any lens in this type of camera could ever need to be, and it doesn’t distort in any meaningful way. I won’t waffle on, just look at the pictures… 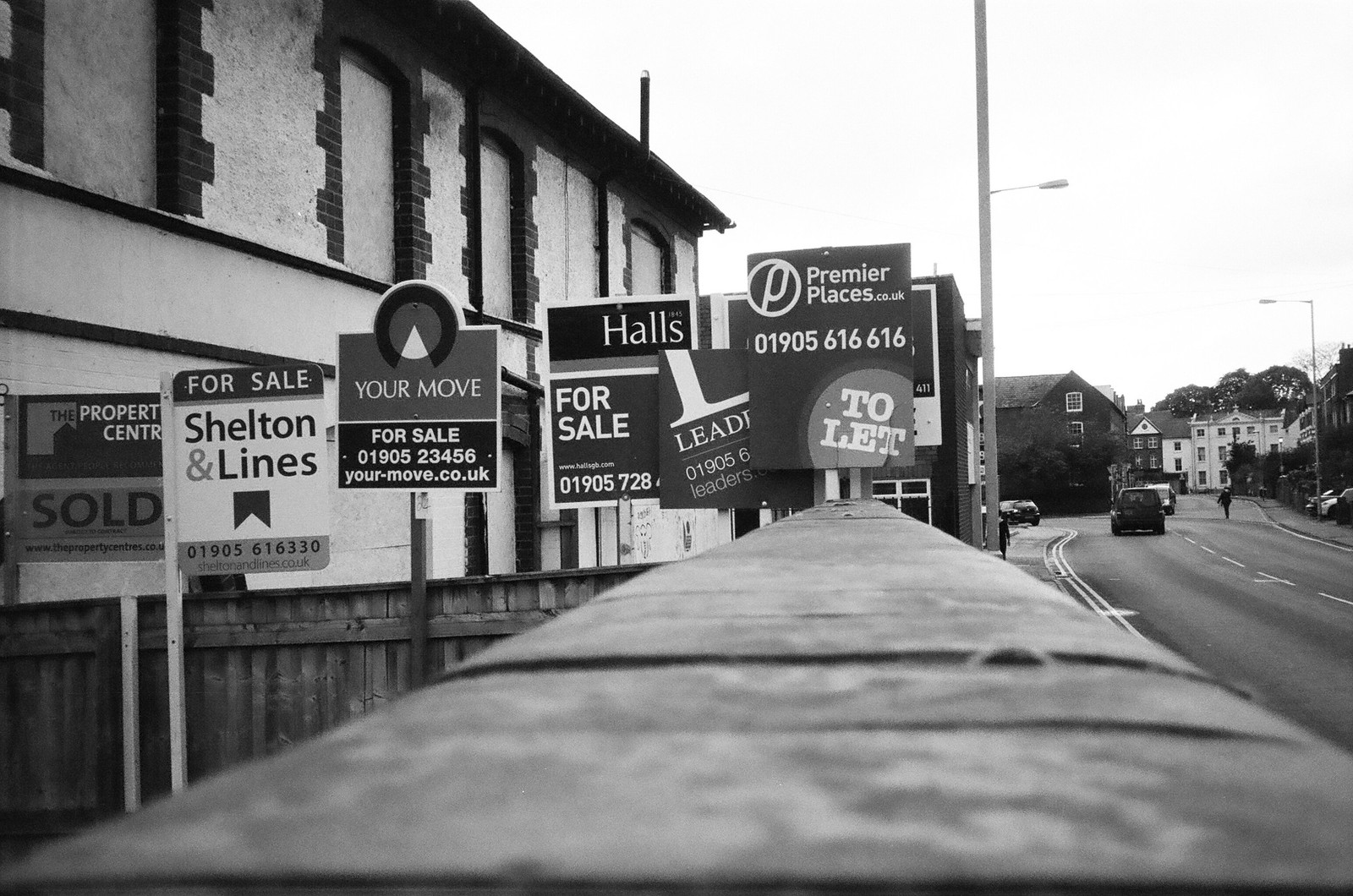 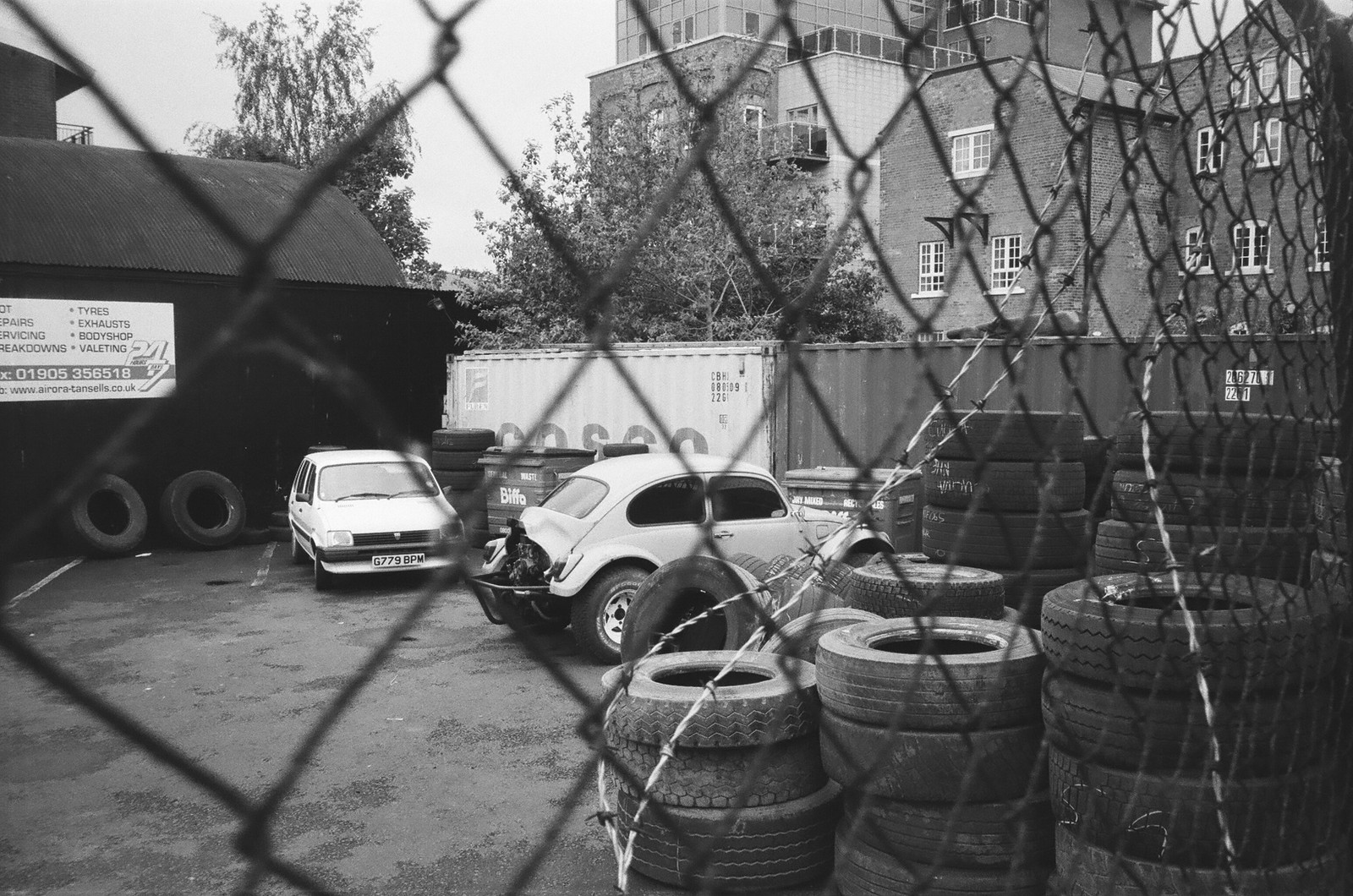 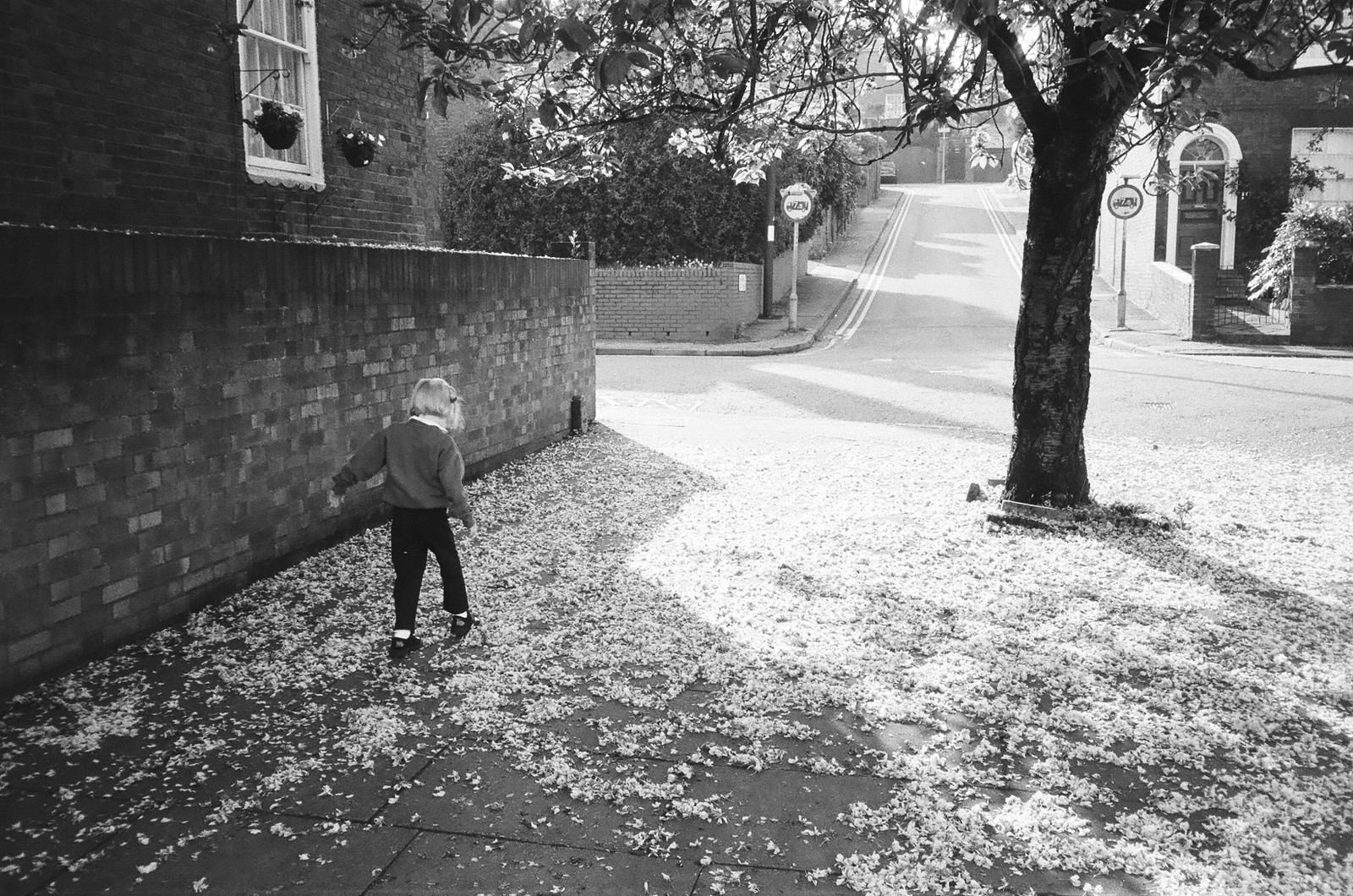 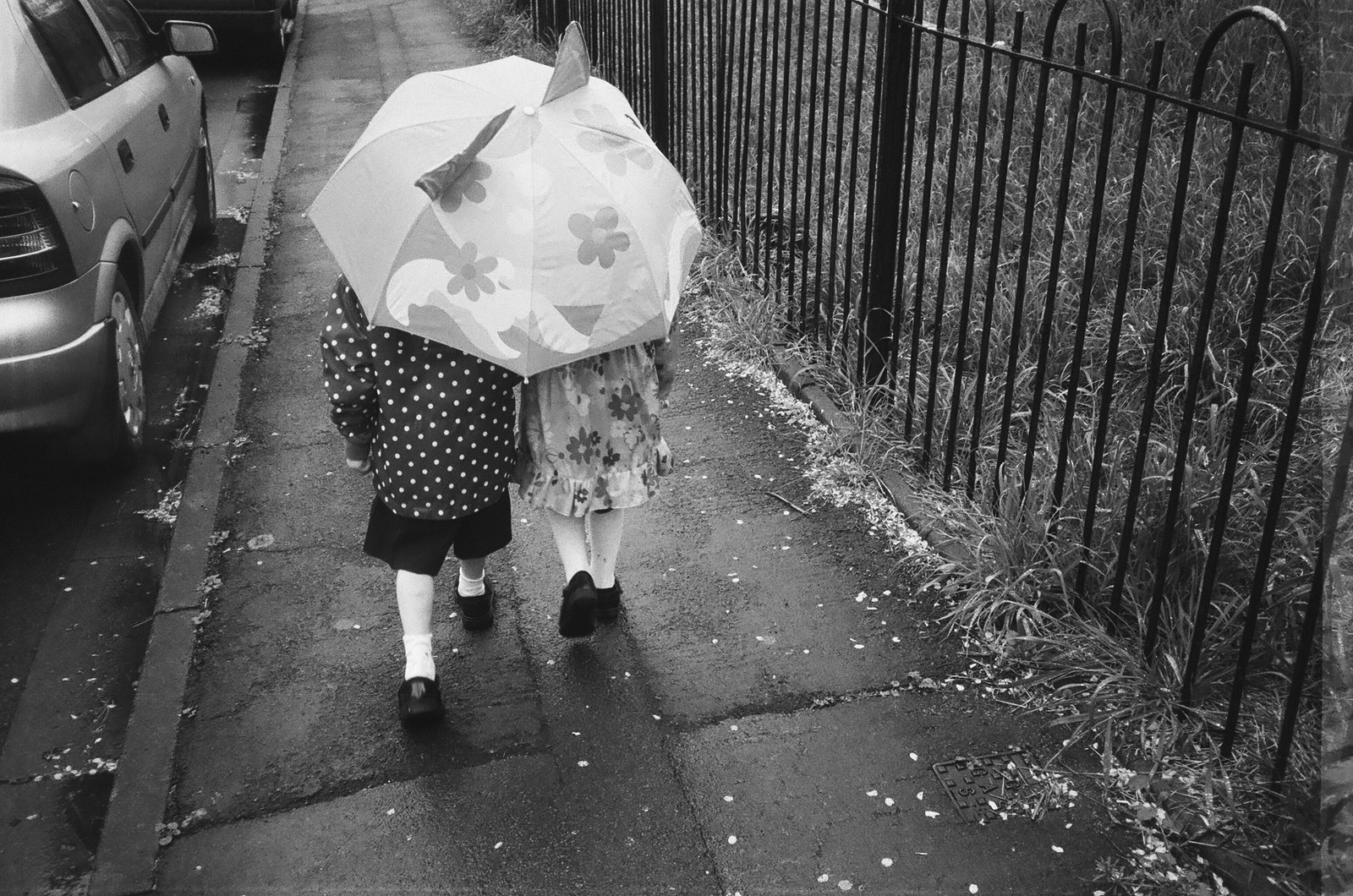 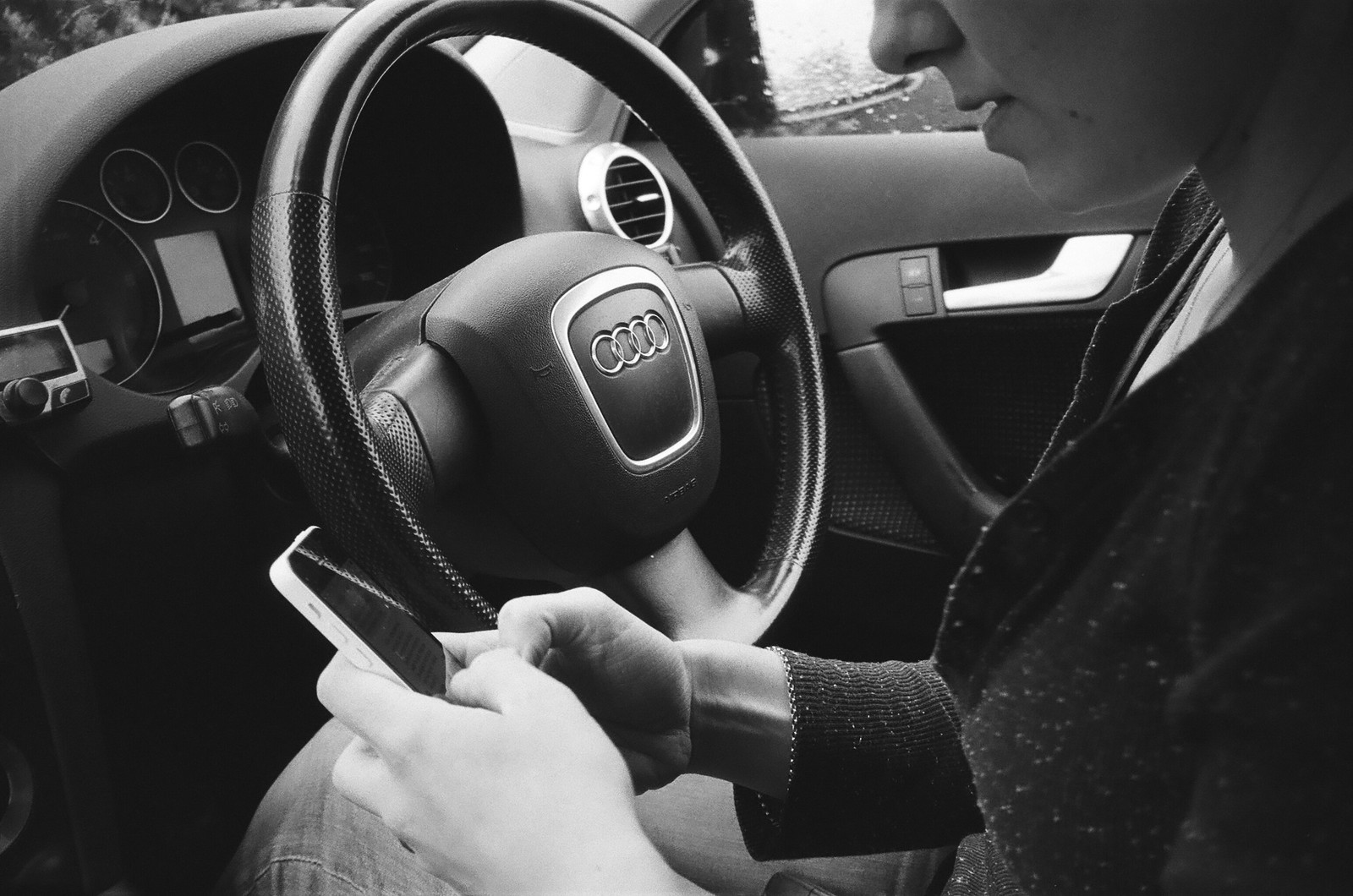 I must admit, my experience of this camera was somewhat tainted by it arriving in my possession broken. Fortunately the ways in which it is broken didn’t too strongly detract from my shooting experience, at least not in the same way that shooting a broken Nikon L35AF did. The other thing that didn’t detract from the experience was, well, pretty much the rest of the camera. It’s noise is definitely less than ideal, and of course a perfect world it would remember that I wanted to keep the flash switch off all the time. But this is no perfect world, far from it, and when shooting point & shoot cameras that was bought off eBay for £14 there should always be some acceptance of compromise.

In fact, the biggest flaw this camera has is it not being more common. Though – inverse to the normal rules of rarities – I would expect that it if was more common it would command a higher price tag in the way the likes of the Big Mini and indeed Olympus mju-ii etc do. As it stands, these cameras are not very common at all, and so very few people have raved about them on the Internet in the way I am now. As such the price of them hasn’t sky rocketed in the same way as it has with cameras like the mju-ii.

My advice is this: If you spot one of these cameras – probably at a charity shop or car boot – don’t hesitate in picking it up. Stick a battery in it, load it with a roll of film, grit your teeth when you hear that lens move, but ultimately enjoy the wonderful photos the Samsung AF Slim takes!

You can find more of my photos here