Intrigue definitely got the better of me with the Leica Mini. I must admit I know very little about Leica compact cameras, and it would seem after reading a little bit on the Internet, nor do many other people. I’ve read that the Leica Mini was made by Minolta, Panasonic and I’m pretty sure I’ve read of at least one other OEM mentioned too. One way or another, whilst it might have a Leica “red dot” on it, it’s provenance appears a little questionable. Yet, regardless of this, the used value of these cameras seems relatively high for what they appear to be. I suppose what I wanted to find out for certain is whether the money these cameras demand is due to the quality of the camera, or the name that adorns it?

Short of doing some level of research that might or more than likely might not result in me finding any useful answers to the origins of the Leica Mini, I’ve decided to all but ignore the red dot. I could assume that since it has Leica written on it, that Leica must have had some sort of useful part in its manufacture… Though of course the alternative perspective is that Leica just outsourced its manufacture entirely to provide them with something to compete with the basic 35mm compact Nikon, Canon, Pentax, Olympus et al cameras of the era.

These days, Panasonic seem to have a large part in the build of Leica’s compact digital cameras, some of which – to a great extent – just look like Panasonic cameras with Leica written on them. So maybe the same was the or similar back then? If you really are desperate to know the origin of this camera, the Panasonic 625AF and Minolta Freedom Escort seem to be related, start with those and see how quickly it gets confusing.

The reality is, I personally don’t really care who made the camera. It cost me £35, which is what the Pentax Espio mini cost me. So for it to be worth that sort of money it needs to be as good as the Espio Mini. Which is actually quite a tall order! £35 is also cheap for one by the looks of ebay prices. £60 is more like what they can go for, and by that merit it sits next to or even slightly above the Olympus mju-ii which is a very good camera to be up against. I also bought this camera along side my recently reviewed Nikon AF3. A camera that cost me £5. A camera that I enjoyed using greatly. In short, for this little Leica, to be worth the money it sells for, it is going to have to be very good indeed! 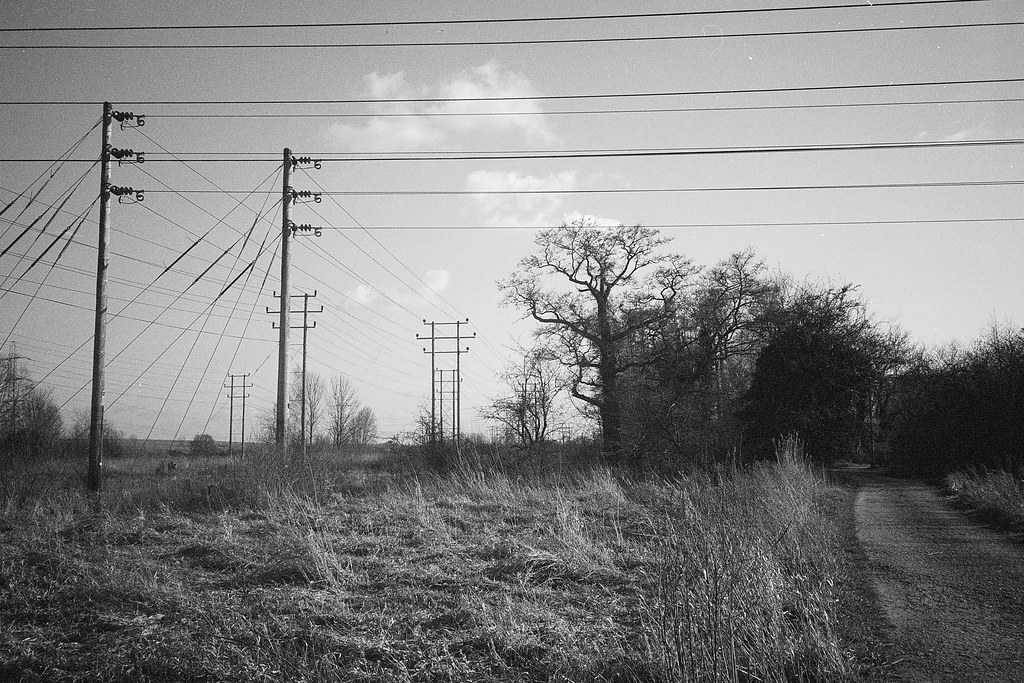 The Leica mini in the hand and to the eye.

It’s quite a small camera the Leica Mini… I suppose being called “mini”, you would hope so too really. It’s actually fairly comfortable to hold though too. It’s also well shaped for a reasonably comfortable grip and quite well designed with the lens far enough from the right hand (when holding it) side that the lens doesn’t interact with your fingers when using it. The viewfinder is pretty decent too, bright and clear, not massive but not tiny either, and doesn’t feel like you are looking through a keyhole like the Olympus Mju-ii and Pentax Espio mini do. It does feel quite cheap though, especially considering the Leica branding on it. It feels quite (a lot) plasticky, it creaks when you squeeze it, and the plastic has a very cheap feel and look to it. I know I said I wasn’t going to focus on the red dot too much, but to my mind this camera really lets it down! Hold it next to the or the Nikon AF3 or even Olympus Mju-ii and by comparison it feels extremely low end.

In terms of handling, the Leica mini does shine in a couple of ways though. The first being its shutter button. It feels responsive, and has a really solid half and full press. Then when you do press it it’s actually very quiet. In fact, compared to a lot of cameras, especially the Nikon AF3, it’s very quiet. It also has the same trick as the AF3 of allowing you to delay the film advance motor by holding the shutter release down. This was pretty much necessary if you didn’t want to cause a scene with the Nikon, but with the Leica it does make for quite a stealthy little camera.

Flash and other modes

Flash modes are basic. Predictably, the Leica Mini doesn’t retain its flash settings when the camera is switched off, and unlike the Espio Mini, there is no chance of a hack to change that. Since the camera automatically powers down after about 5 minutes, you can’t even just leave it switched on in your pocket. Modes are a simple on, off and the default auto. The flash seems quite tame/well balanced though, which can’t be a bad thing really. 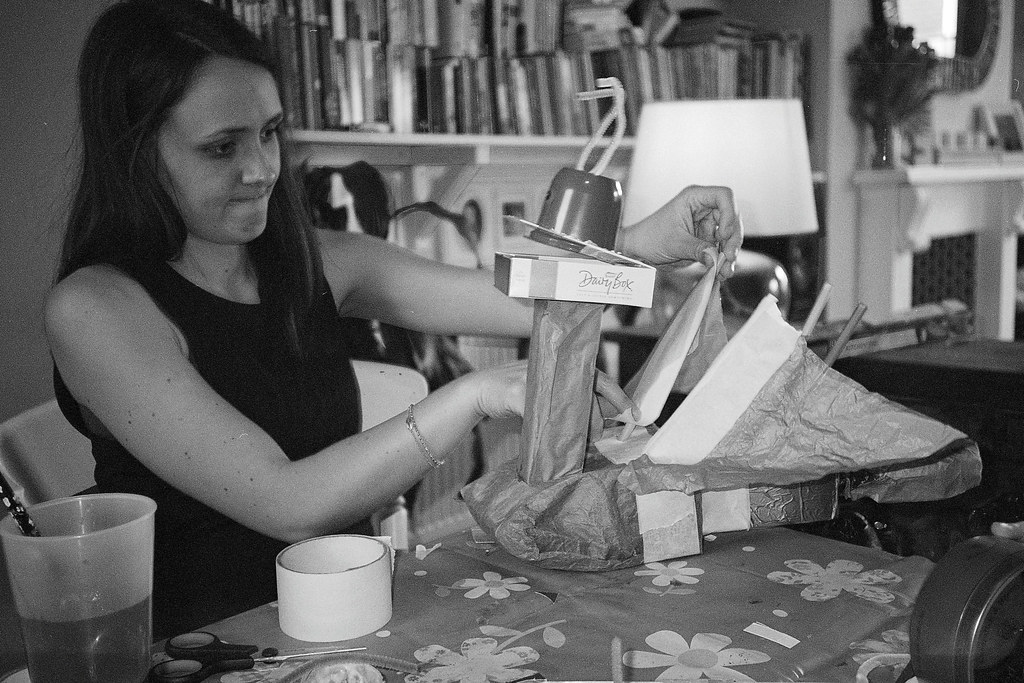 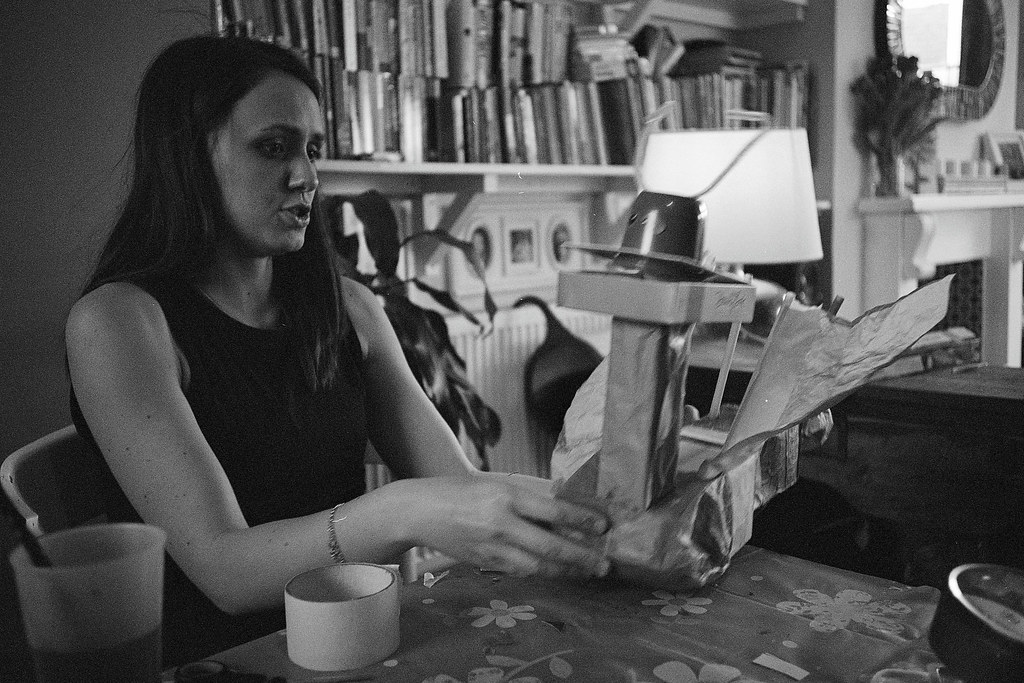 It also has a self timer and it can be set to focus to infinity. There is little more to hand than that in terms of button selectable modes.

The meter is centre weighted, with a range down to 6ev (100iso) or 1/2sec at f/3.5. Many cameras of this sort will only function down to this lower limit meaning that the slowest possible shutter speed would be 1/2sec. The Leica mini has an automatically activated up-to-5-second bulb mode that kicks in once that limit is surpassed. This is only available in flash-off mode and you are warned it is happening by the green LED.

The green LED (and lack of a second red one)

When you half press the shutter button the Green LED in the viewfinder can signify a few different things depending on its state and the mode currently selected. They are as follows:

Despite all the varying information given by this single green LED it still doesn’t give what I consider one of the most useful bits of info often indicated by a red LED – whether or not the flash is going to fire when in auto flash mode.

It seems a little complicated to start with but being fair to it this little green light, it is fairly useful when flash is set to off. There were a number of shots that a steady lit light gave me the reassurance I was going to get a shot in what I perceived to be quite low light. You just need to remember to turn the flash off if you don’t want it to fire, because in auto, there is no reminder that it is going to. 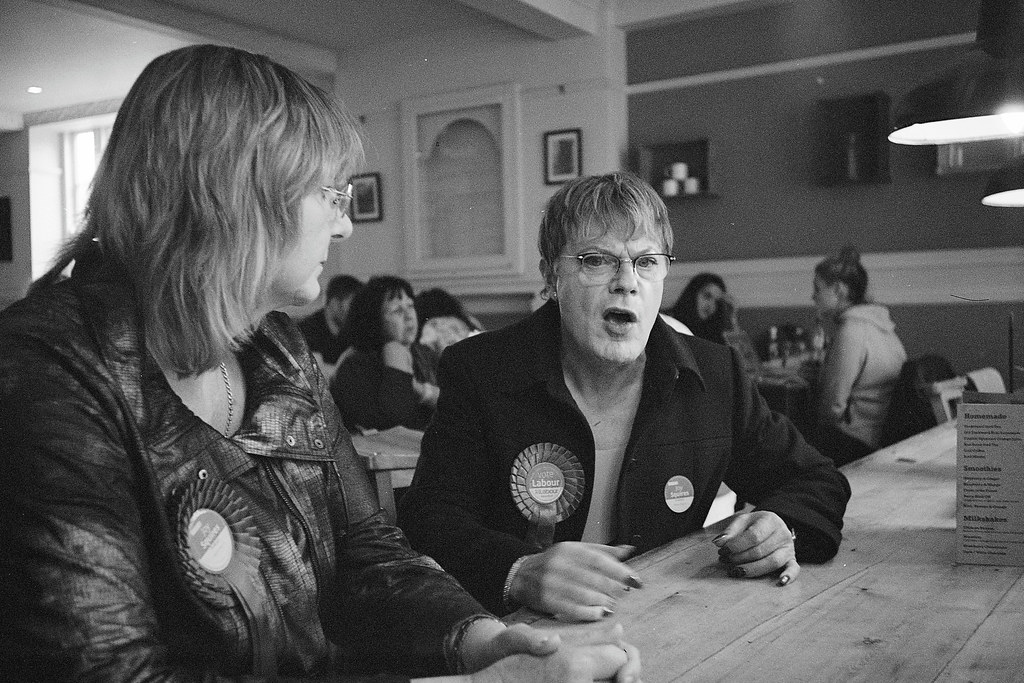 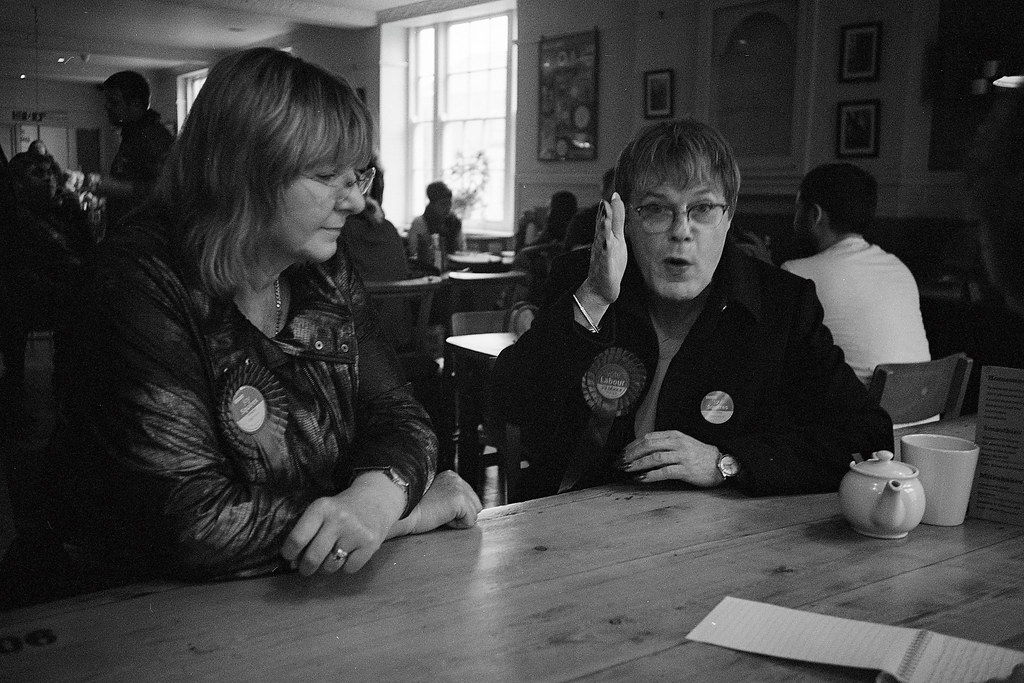 Of course with him in full flow, the 1/30th is a little slow

The best way to understand this LED is to see it as a break from the convention and just as an exposure indication light with three states. On, slowly flashing and off. Fast flashing is just telling you something is wrong. Of course this could have been improved just by having one extra LED. In fact with two extra LED’s – one for flash, one for focus, one for exposure – it could have been something really interesting, but alas this is not the case.

I’m pretty impressed with the results to be fair. They are fairly sharp right into the corners, certainly more so than the Pentax Espio mini are in my experience. Whilst good though, they are not as good as the Olympus mju-ii. There is a bit of vignetting and results don’t quite have the contrasty bite of the Olympus. They are very nice though! Judge for yourself – you can click through to the very large versions on flickr if you want a really close look. 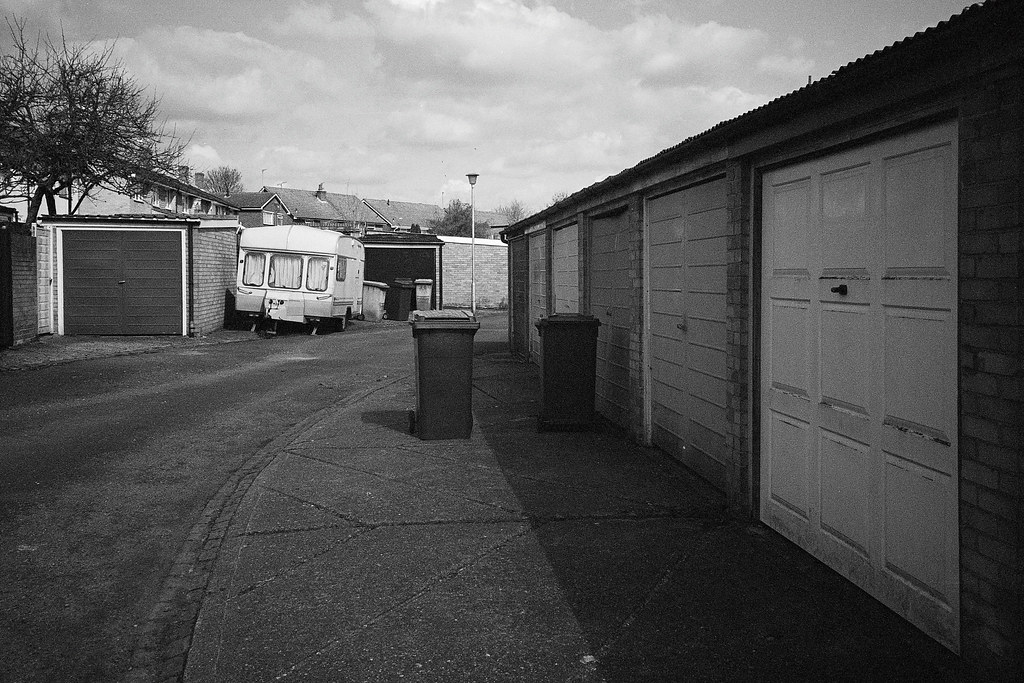 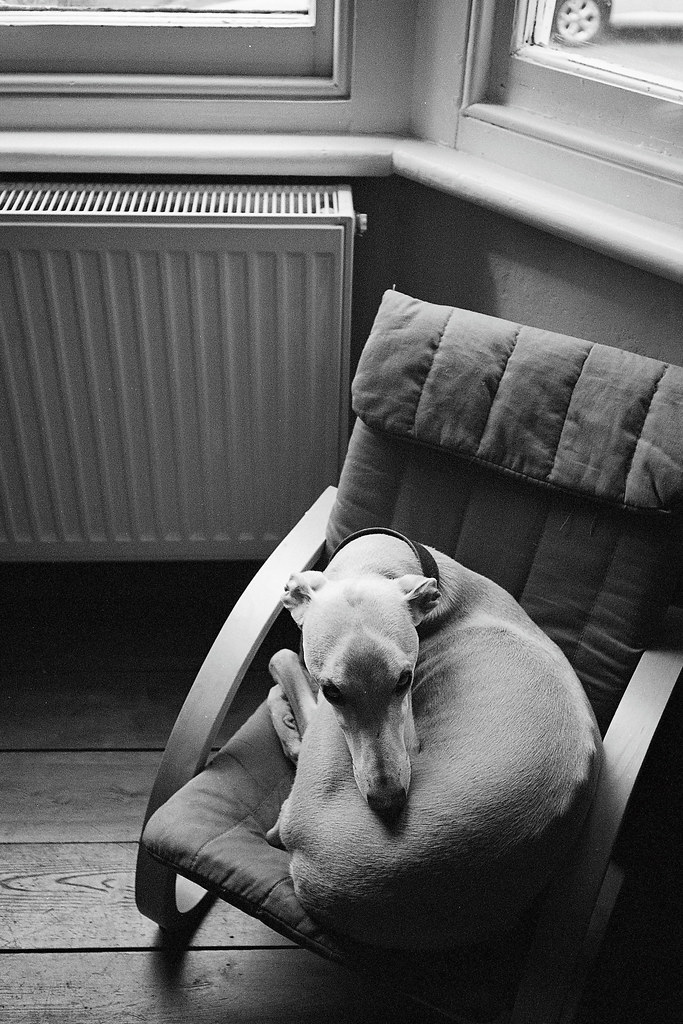 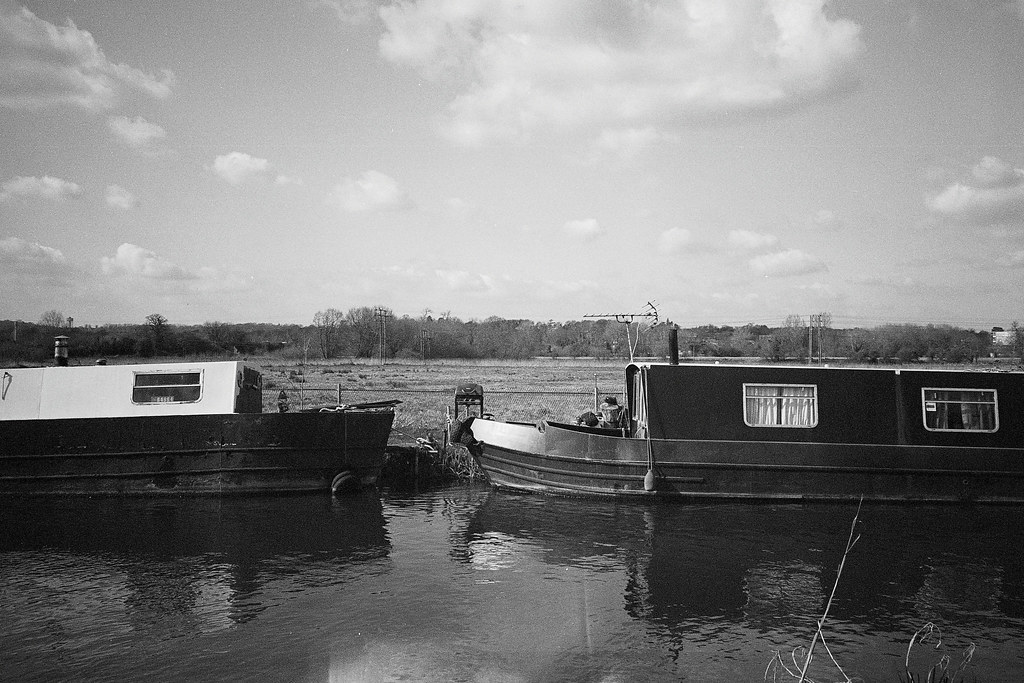 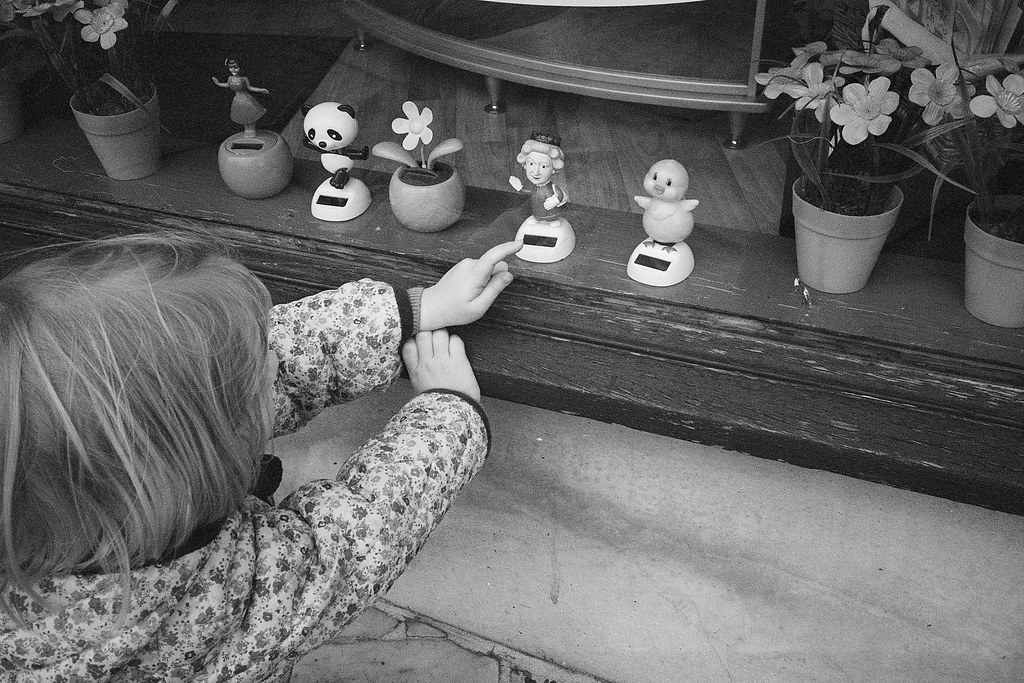 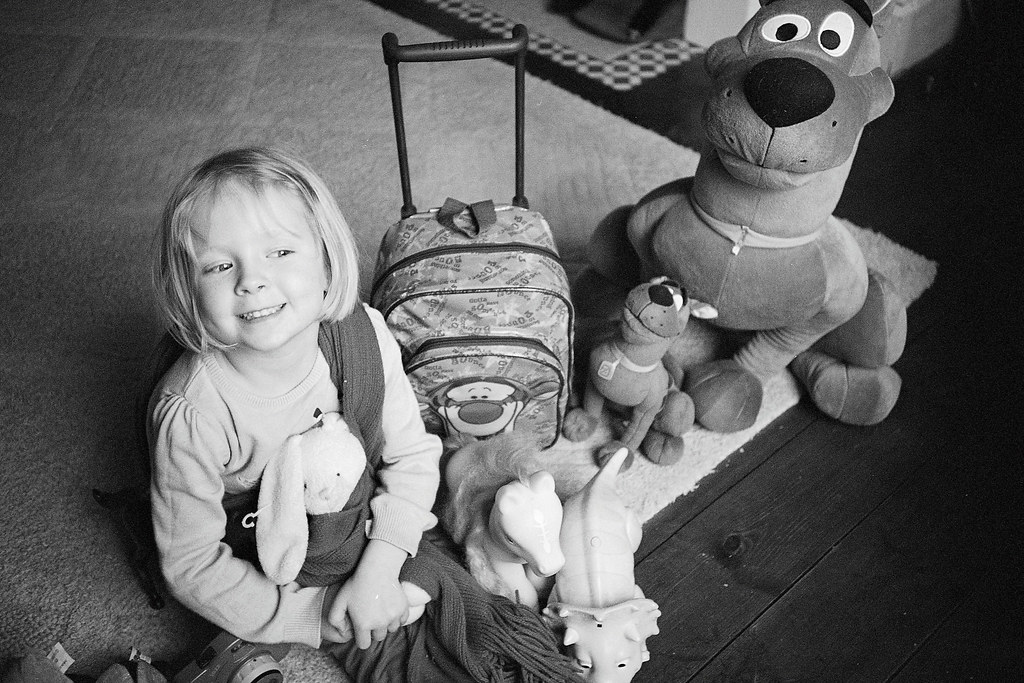 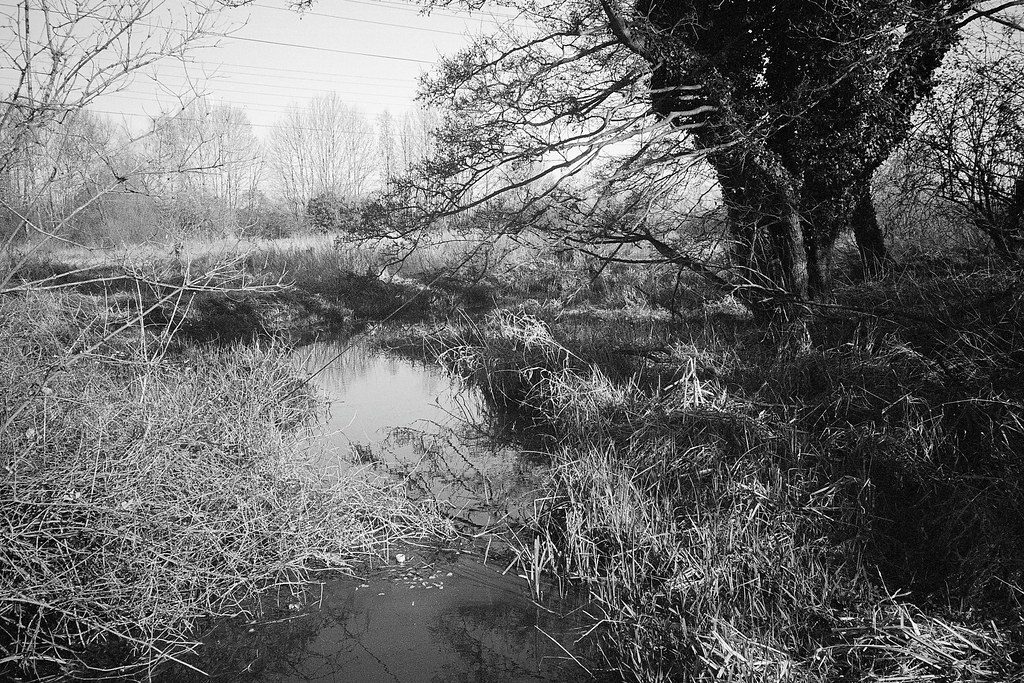 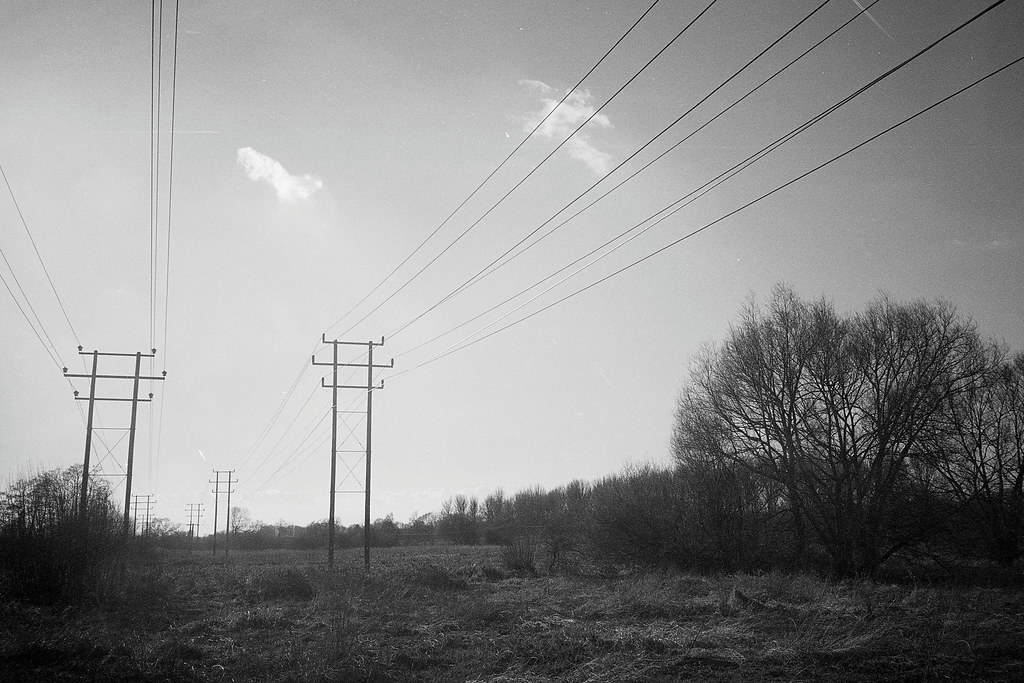 So to conclude my review of the Leica Mini…

Let’s first attack the elephant in the room. This is not a camera that deserves a price tag similar to the mju-ii in my books. It feels too cheap. Whilst it might take pretty photos they are not in the same leagues as the Olympus either. If it was made of a chunk of metal and had the Leica red dot, I could forgive it this price tag, but it isn’t. The red dot is the sole reason this camera get so much money, when really it should, to my mind at least, fetch the £35 I paid for it, tops! If there is one thing this camera does do, it’s make cousins the Minolta Freedom Escort and Panasonic 625AF quite compelling cameras to explore.

That said, the Leica Mini is not a bad camera by any stretch. It’s little green LED breaks the convention of the normal autofocus confirmation function in a way that is actually quite useful. Unfortunately, to counteract this it suffers the usual issue of not remembering your preference for flash mode when it’s switched off. This flaw only being magnified by the fact that it switches itself off after only a few minutes meaning you will definitely have to remember to press that flash off button every time you use it if you want to avoid a bit of accidental flash.

Hamish
… If you have written a review of the Leica mini yourself, or just have any thoughts, please feel free to comment below and feel free to post any relevant links.