When I look at the Rollei Prego 125, I have a horrible feeling that it might have temporarily ruined autofocus point & shoot cameras for me. It’s pretty much as dull as they come, and whilst it has some “interesting” features, none of them are particularly redeeming – at least not for me and my needs. But how much of my negativity comes down to the camera, and how much comes to how much I have spend on it and shooting it?

The Rollei Prego 125 is a late 90s point & shoot with a 38-125mm lens. Like many cameras of its ilk it has a small viewfinder with the usual pair of green and red LEDs that light up or blink to tell you about focus and a need or otherwise for flash.

It has a few buttons along the top and one on the front that might give the impression that it has some useful features. In actual fact, they are the fairly standard for a camera designed to simply have a slightly longer spec sheet than the next essentially middle-of-the-road consumer camera on the shelf.

To kick off, there’s a set of flash modes; auto, fill, off, and red eye reduction. I used this button to turn the flash off every time the camera warned me it was going to use the flash. I didn’t use any of the other flash features.

Starting at the other end of the buttons it has a ‘time’ button for setting the time and date imprint. I didn’t use this feature. Next up there’s a spot meter and snap mode. Possibly useful? I didn’t use them.

It also has a self timer, and even an interval timer that lets you set the camera to fire automatically at intervals between 10 second and an hour. Fun? Maybe, but I didn’t use these feature, I never have on any film camera, and I wasn’t about to start here.

Last but not least, I suppose I’d better not forget the button front of the Rollei Prego 125. This is a button that seems to force infinity focus. I didn’t use this feature either. That all said, one feature I did use – albeit only once – was the panorama mode. I’m a sucker for a panorama mode! I guess this near-total lack of embracing of the Rollei Prego 125 features kinda makes this a poor review? The problem for me is that all this stuff is just clutter. It’d be mostly ignorable clutter of the camera was cheap as chips. But it wasn’t.

More expensive than its worth

As I mentioned in a previous post about losing track of how to shoot film in a cheap and fun way, point & shoot cameras have fallen out of favour with me a little bit. I’d gotten to the stage that I was buying these sorts of cameras for more money than I felt they were worth, loading them with expensive Portra 400 and then finding myself enjoying the experience a lot less.

There’s something enjoyable about shooting cheap cameras with cheap film and processing the film on a tight budget. It makes for an experience that feels throwaway, and there’s often a lot to be said for that – even in the world of film. It’s easy to forgive a camera of a lot of failings when it only cost a few quid. But load a basic camera that cost a lot of money with expensive film and somehow it feels like I’m setting myself up for disappointment.

This Rollei Prego 125 is case in point. I can’t remember when or where I bought it, but I do remember that it cost slightly more than “cheap”. I then loaded it with Portra 400, and it went downhill from there. I took the Rollei Prego 125 to the West Midlands Safari Park back in the before-times when days out with the family were fun and carefree. Unfortunately, it didn’t end up care free for me as I wasn’t enjoying the camera. It’s a bit bulky, the zoom is slow, the lens never really retracts properly leaving the lens feel a bit crappy, and as mentioned the viewfinder isn’t that great either.

As such, every shot felt like I was wasting the posh film that I like shooting in posh cameras. It was really frustrating. I only shot half the roll, and then left it for so long I’d forgotten what I shot until I recently forced myself to finish the roll and had it developed. The results were fairly average too. So much for the “Rollei Germany” lens…? 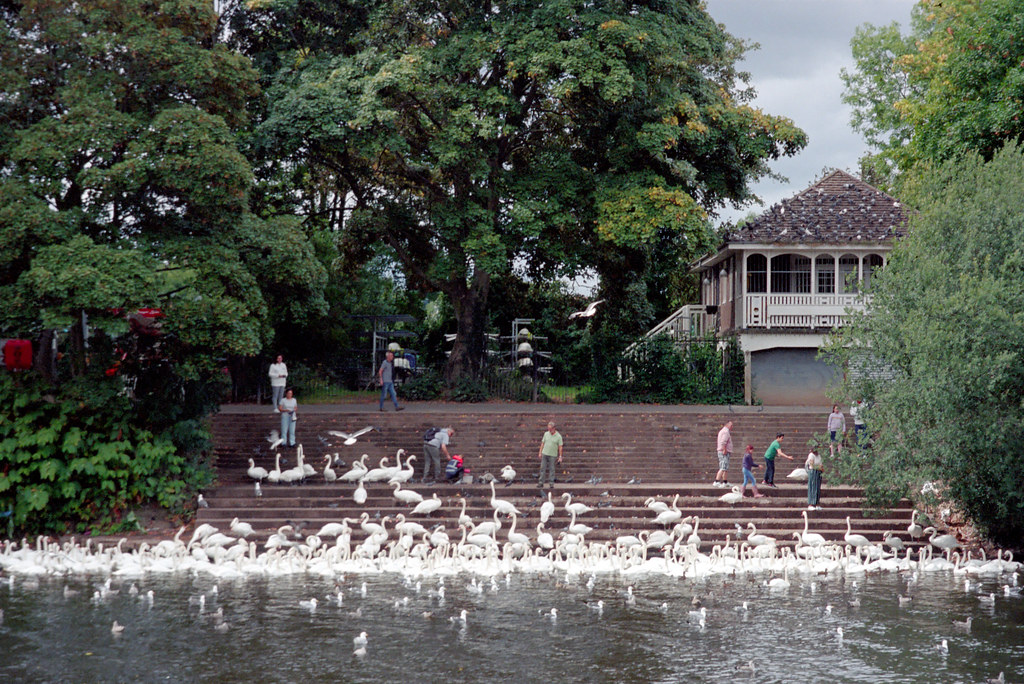 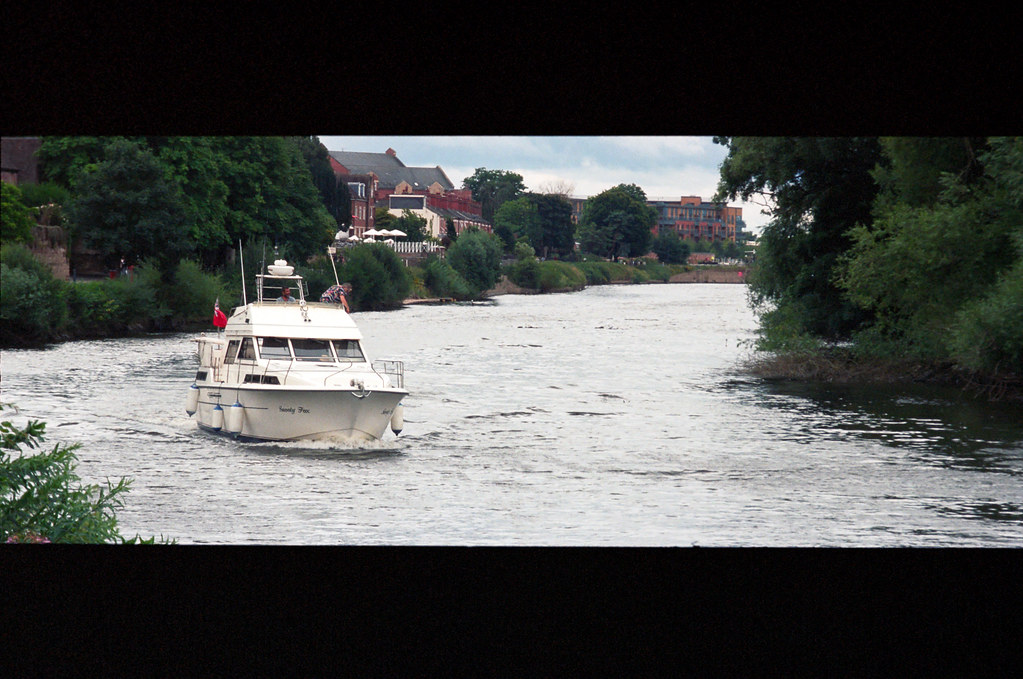 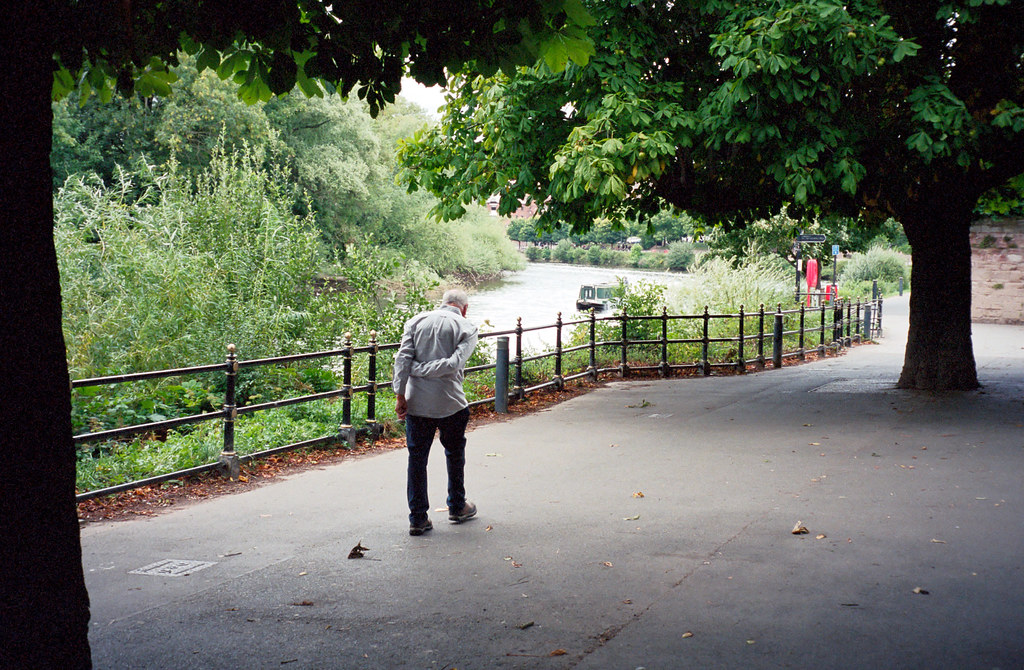 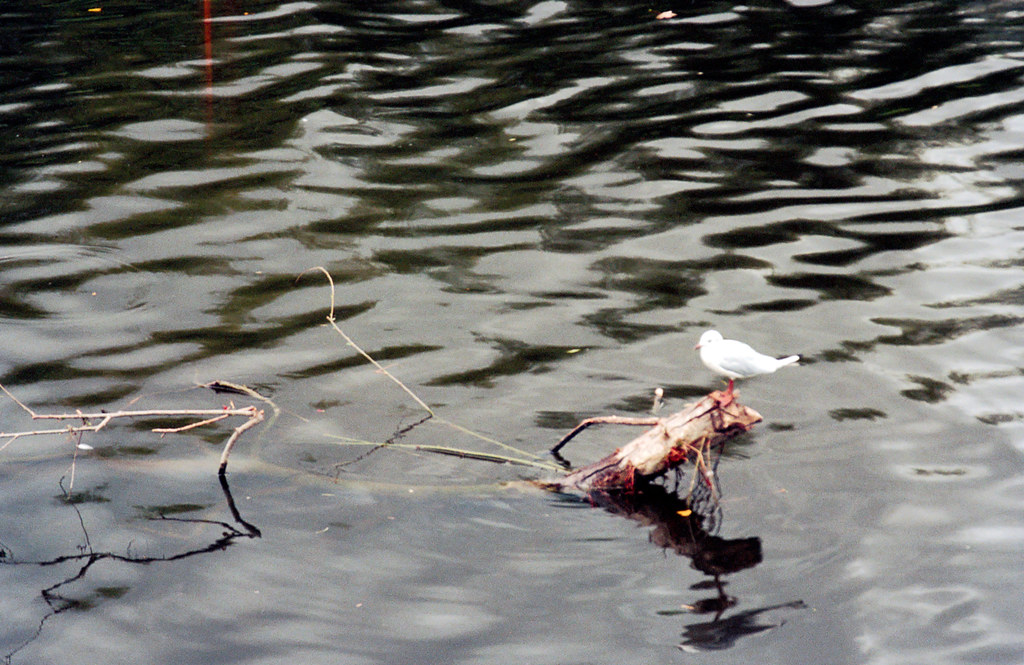 Not sure if there is a bit of motion blur in this one – but if this is the long end of the zoom, it’s very week! 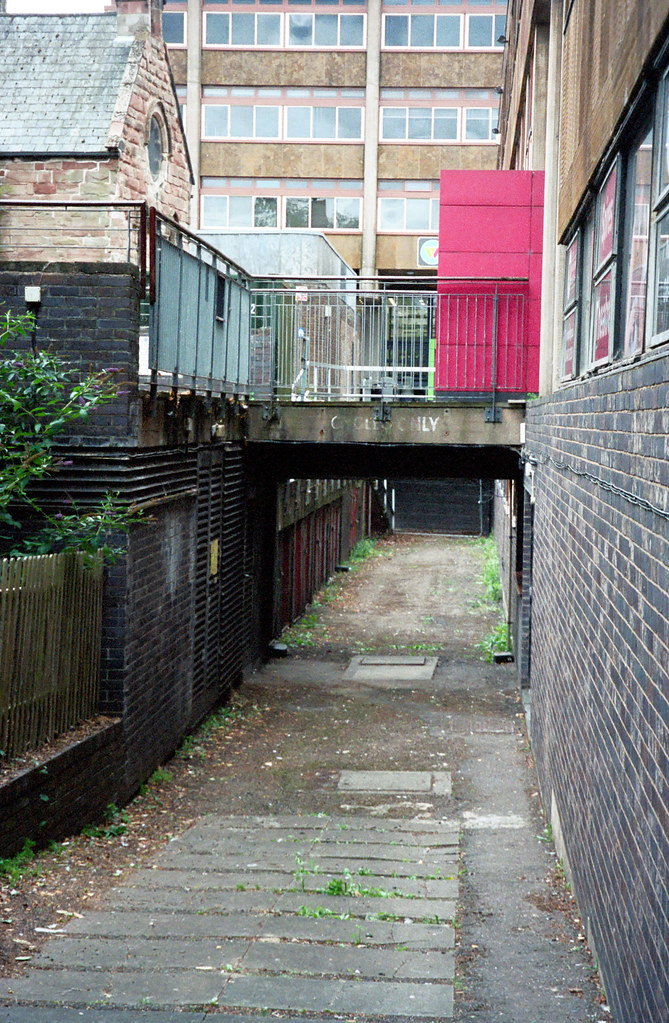 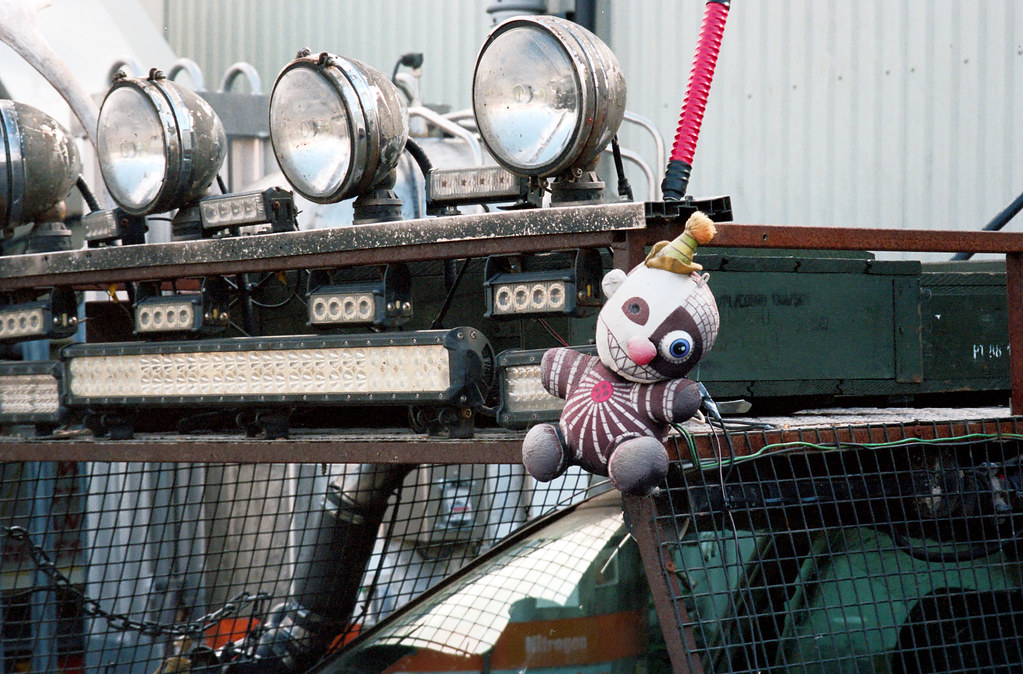 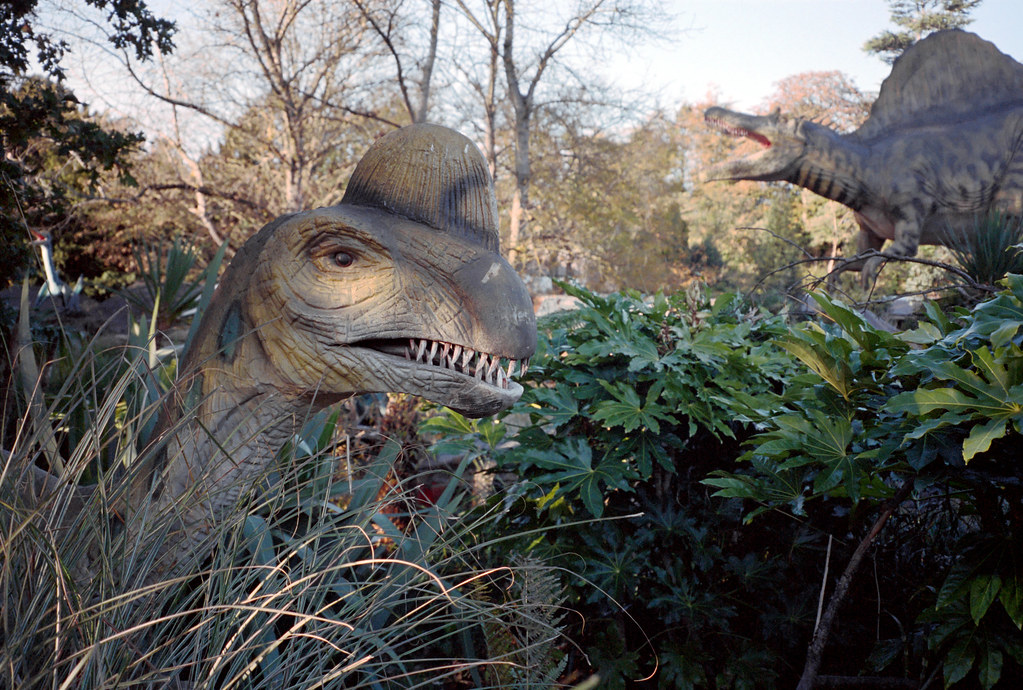 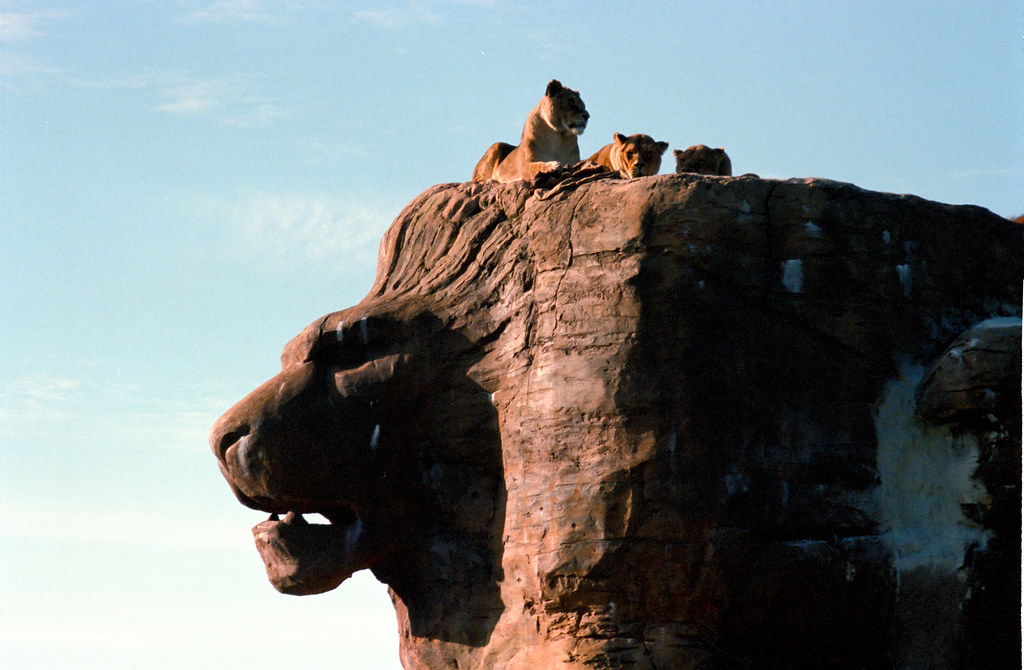 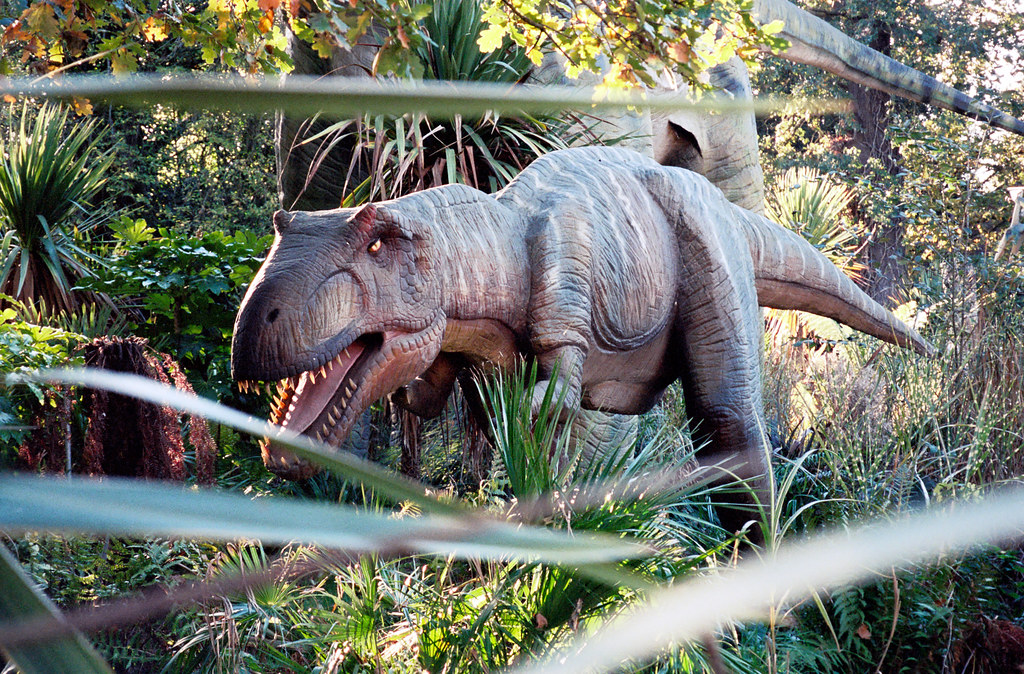 To be fair, this is incredible – lovely 3D pop and colour! Where ever this is in the zoom and aperture range, it should be shot at this exclusively!

I do wonder though, would I have enjoyed the Rollei Prego 125 more had it cost me only a couple of quid and I had loaded it with cheap film. The answer is probably: yes, I think would have. But as it was, I did pay more for it, and I did load it with expensive film, and it did make me feel crap about shooting point & shoot cameras. Not entirely its fault, I concede, but there we are.

That being said, there is a silver lining to all this. Through the experience I had with it, and the experiences I’ve recently had that have helped me come to the decision that I want to shoot cheap cameras cheaply again, the Rollei Prego 125 has helped me define a few measures by which I might start including in some of my cheaper camera reviews.

Those measures come down to a few simple questions, as follows:

Of course “more money”, “expensive” etc are fairly non-specific. But I do think that as measures they will help define whether or not any cheap camera I might find is of merit.

If for example I pick up a camera and once shot it I feel that I payed over the odds, then it’s on to a loser with me. If, on the other hand, I would pay more, it’s gonna get plus points. Lots of plus points added too if I would dare to chuck a roll of expensive film into it, and maybe a few plus points if I would shoot it for a second time with a cheap roll. And if it’s a goner after the first roll, well obviously that’s a big negative.

The Rollei – through my paying over the odds, and me loading it with posh film – was destined to be a failure in my hands. But this stuff is subjective. In a film photography world of ever-increasing hype and ever-aging cameras, everyone’s perspective is different. As I have said, even mine  would have probably been different if I’d got it cheap, and shot it cheap. And I suppose that’s the point here… As I talked about in that aforementioned article, so much of how good these sorts of cameras feel comes down to the cash that I throw at them. Of course, almost all zoom point & shoot cameras are a bit pants – this Rollei Prego 125 was just more pants because I spent too much money on it!

So, here’s an idea… does anyone out there want it? You can have it for free – I’ll even load a roll of cheap Kodak film into it. The one proviso: you write a review from the perspective of someone using it as a bargain camera. Comment if you’re interested. If I get few people, I’ll draw a name out of a hat or something and we can see how much more fun the Rollei Prego 125 is when it costs someone nothing! A Spectacularly Failed Mui Wo Photo Trip - By Benoît Felten