I bought the Konica big mini from a charity shop, I was so excited to have found a camera that I had read such positive reviews about in a charity shop. It was maybe all this excitement and hype that set this camera for a fall with me. It is a good camera, I’m just not quite sure it is the right camera for me…

I think the version I have is the Konica Big Mini 201, so really please consider the comments here as just based on this model. There is also a Konica Big Mini F which has a 2.8 lens and a couple of other varieties with a slightly different design and possibly other features.

The version I have has a 35mm 3.5 lens. With some fairly basic but not inconsequential features… Well, feature… That being the exposure compensation. All be it limited to -/+1.5ev and only available when the flash is set to off. To access the various modes of the camera there is a mode button, which unfortunately, is fairly hard to press. The button takes the Konica Big Mini through modes as follows: auto flash, flash on, flash off, flash off +1.5ev and flash off -1.5ev. Very simple, but actually that covers many of the likely eventualities for exposure compensation when using a compact. 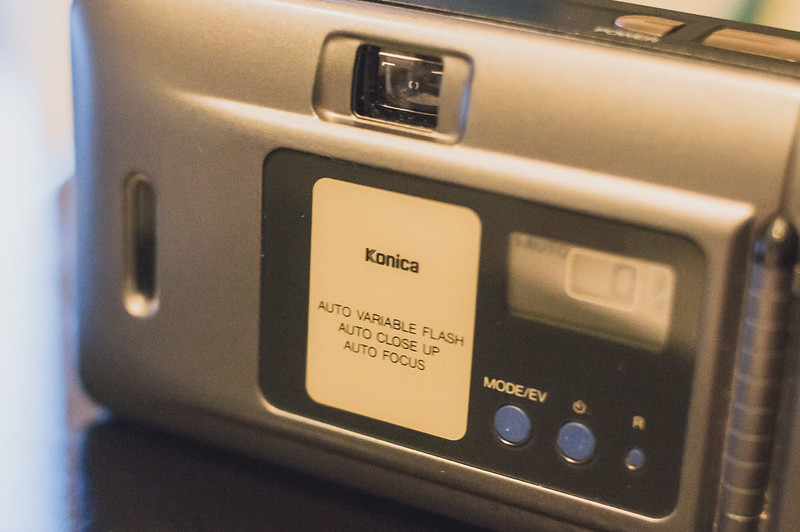 A positive start then. Well, yes, apart from the difficulty in pressing the Konica Big Mini’s buttons. It is also worth noting that the mode you set is reset when the camera is turned off, although the issue is partially resolved by the fact that the camera doesn’t turn off automatically. This would make for an ideal situation if the lens didn’t poke out so far when the camera was switched on. Whilst using the Konica Big Mini I have found myself switching it on and then carrying it around as such, which I suppose isn’t really an issue, it would just be nice if I could return it to my pocket without the worry of the settings being lost… A shame as it is certainly small enough to fit in the pocket comfortably when the lens is retracted. 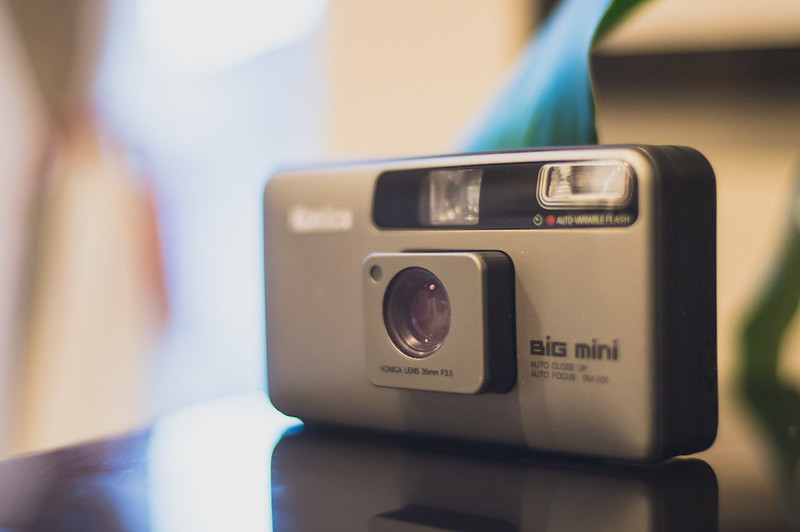 The viewfinder is ok for a compact, bright with clear frame lines and bright green focus confirmation and red macro focus indication in the form of a little flower. Although these get a little hard to see in bright light.

My main quibble with the usability of the Konica Big Mini is the shutter button. It takes a bit of a push to get it to fire and has no definitive click to its action. There is also no solid feeling of where the half press point is. Additionally to this, if it doesn’t obtain focus it doesn’t fire, which is fine, but you are left wondering if you haven’t pressed the button hard enough. Compared to the Yashica t5 which feels positively eager to take the photo, this camera feels borderline unresponsive. 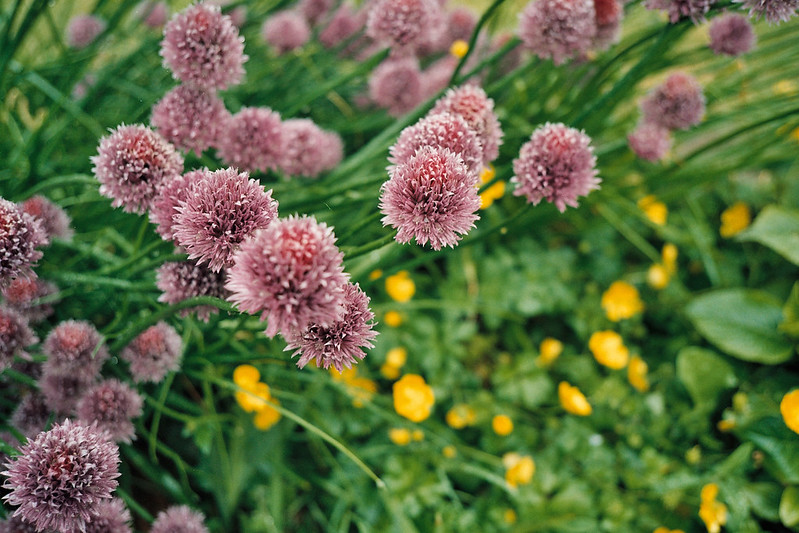 The lens is nice and close focusing, this shot was taken at as close as I could get it to focus.

On the subject of focus, whilst on the beach, which is admittedly a slightly difficult arena for focusing systems, I found it nigh on impossible to get the shots I wanted. The Konica Big Mini really struggled to find my subject even when I was giving it a reasonably sized thing to lock on to (my daughter). This was the only time it really felt like it was struggling though, I just didn’t have the same issue with any other camera I shot with whilst on the same trip. 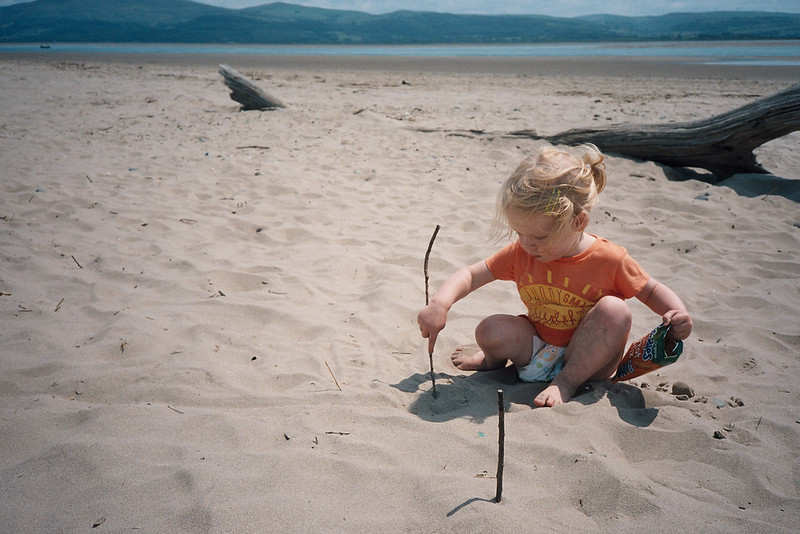 Image quality wise. I need to run a roll of XP2 through it to feel entirely comfortable to give any real conclusive opinions so I’ll let you judge for your self for the most part. What I will say is that there does seem to be similarities between the Konica Big Mini and the Yashica T5. A vignette seems evident, and its wonderfully sharp… Although perhaps not as bitingly sharp as the Yashica T5. 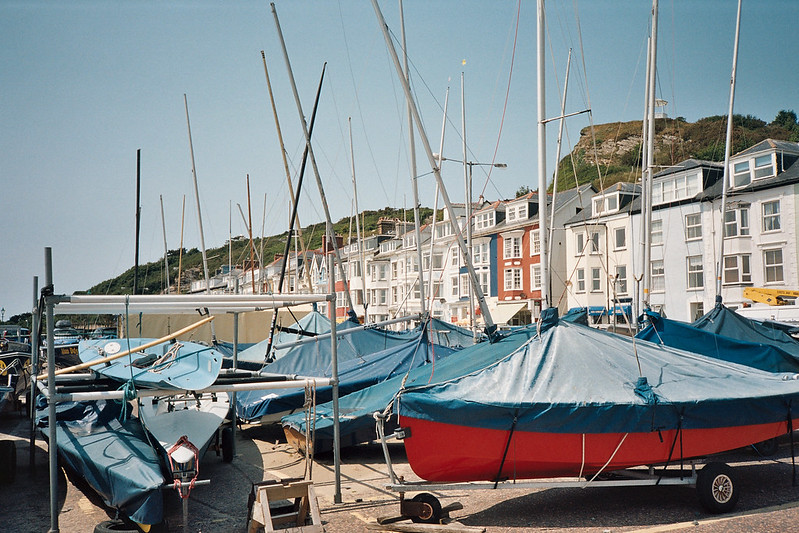 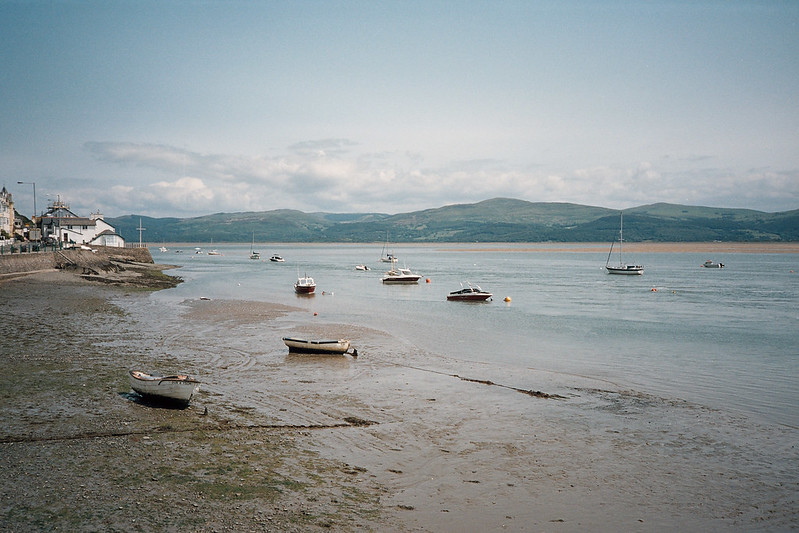 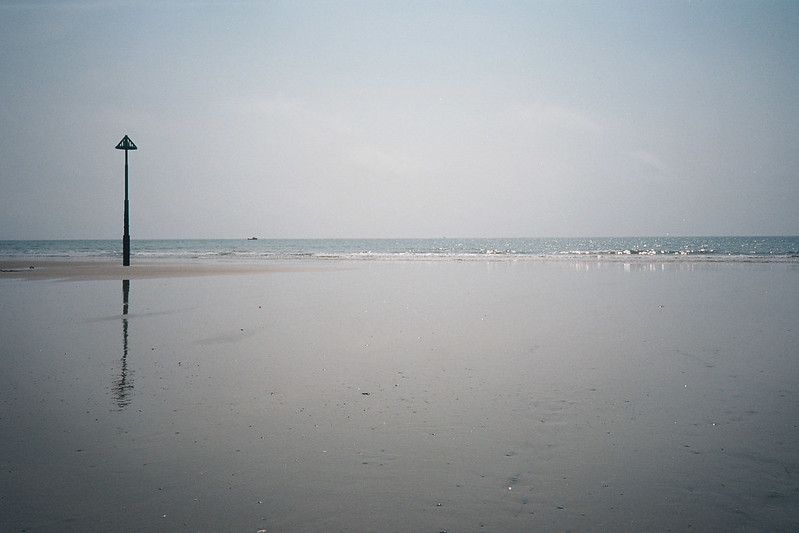 I mention the T5 as the two cameras are also held in comparison by the fact that they are both shot with by well known photographers. The Yashica by Terry Richardson, and theKonica Big Mini by Robert Frank. Now, if truth be told, I get a lot more out of Robert Frank’s photography, certainly the contents of “The Americans”, but of course none of those photos were taken with a Konica Big Mini. As far as I can tell, Robert Frank use of his Big Mini is far less documented than Terry Richardson’s use of a Y5. This perhaps explains why the big mini can be picked up a lot cheaper. Or perhaps it’s because the Konica Big Mini just isn’t as fun to use?

I did a little write up on cleaning the lens of this camera, so if you have bought one and its a little dusty in the lens, have a look here.