Canon AT1 Review – The Unpopular Sibling – By Gavin Bain

If you’ve read any of my previous contributions to this website, you may recall that I started my photographic journey with a pair of Praktica’s. My first was a Praktica MTL3 and then a Praktica LLC. As much as I loved those camera’s I was searching for something smaller and inconspicuous shooting for people on the streets of Sydney, so I purchased an Olympus OM10 which I have reviewed on 35mmc before here.

Well we all know what GAS is like, and after acquiring my Olympus and loving it, I wanted to find a Canon camera. I didn’t know which one but I felt like a Canon camera was right for me. Good old Mr Google showed me some examples, one of which was a Canon AE1 looking sexy in black. 8 or so years ago the amount of Canon AE1’s on eBay was plentiful, but out of my price range. They were around $200 even back then. So I had to hold off on that purchase.

Roughly 6 months later a gentlemen from the church I was attending mentioned that he had an old film camera he brought over from South Africa when he moved to Australia, and I was welcome to buy it off him for a cheap price. I’m sure everyone in the camera community knows what “for a cheap price” means. No, not that… It means hardly any discount! I agree’d to visit him at his house and have a look anyway. To my surprise it was a black paint Canon AE1, Canon FD 50mm f2.0 and a Canon FD 80-300mm plus the leather case and a tripod. The best part? He wanted $80. Sold.

Fast forward to 2018 and I’d been enjoying using my AE1 when a good friend of mine messaged me saying that had he stumbled across some old cameras at his work, and did I want them. The first thing he showed me was a Pentax Auto 110 in the full retail box, lenses and all in immaculate condition. He wanted to give it away for free, but I told him that he could get a couple hundred for it if he sold it, so I let him have that one. A few weeks later he messages me again. He had found a Canon AT1 with a Sears 28mm f2.8 lens, and he was sending it to me. I had never seen the AT1! I knew of the A1, AV1, AE1 and the AE1 Program but never the AT1. So patiently I waited for the post man…

The Canon AT1 is like the unpopular sibling in a gifted family. All the Canon A brothers are talked about online all the time, and hyped up about their abilities and how fantastic they are, but not the poor old AT1. But it’s a damn good camera, and I even went so far to sell my beloved black AE1 and the 28mm lens because I just don’t need it! (I could have used the 28mm but it sweetened the sale). I loved my AE1 a lot but moaned about the fact that it wasn’t manual.

If you’re not familiar with the A series of cameras from Canon they can be described as follows. Obviously there is more to the differing models, but this is a quick guide:

So suffice to say, I was smitten with this new camera. The on/off switch as well as the shutter lock found on the other models is a godsend. The shutter sound is also very satisfying. There’s a story floating around on the internet that Apple recorded the sound of a Canon AE1 firing and altered it slightly for the iPhone camera sound, but I can’t tell you if that’s true or not. The viewfinder is no frills with a simple dual needle meter and that’s all. The one thing I can probably fault the AT1 on…? It’s the silver variant and not the black one!

I generally shoot rangefinders these days, but I’m on a bit of an SLR kick at the moment so I shot a roll of HP5 in the Canon around town. Although it’s louder, the image results are just superb from the 50mm lens.

The below images I developed these at home in Ilfosol 3 and scanned them on an Epson scanner. 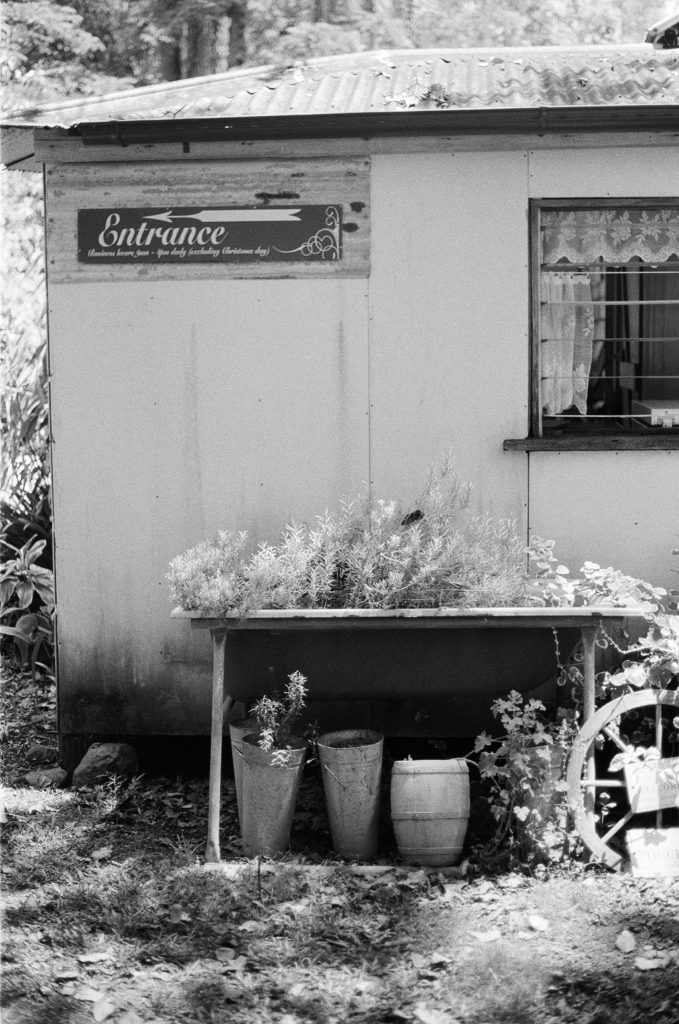 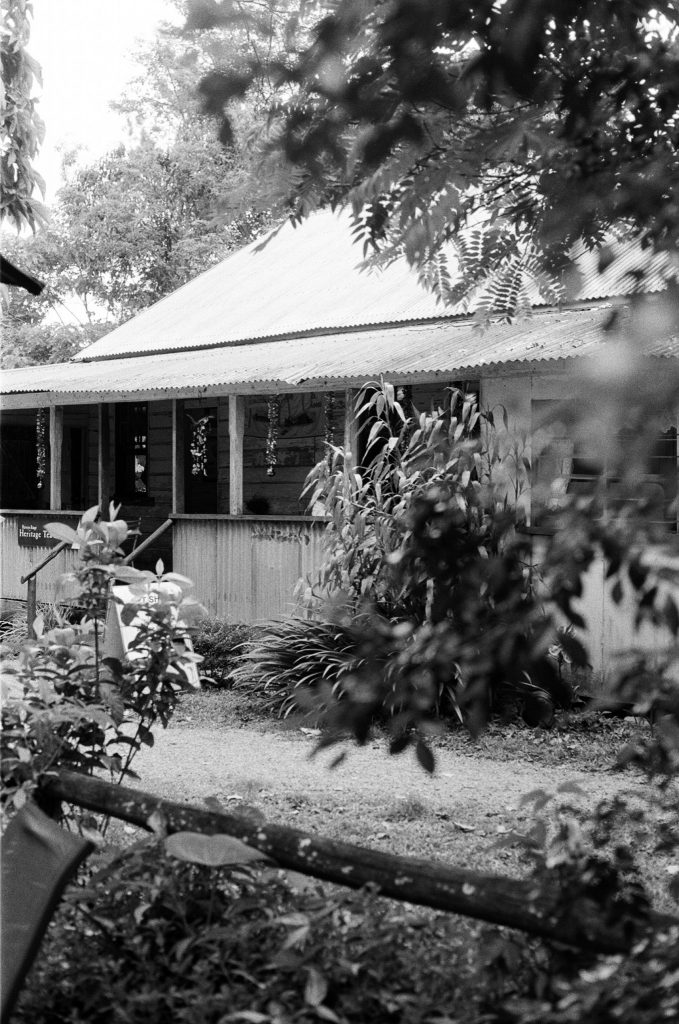 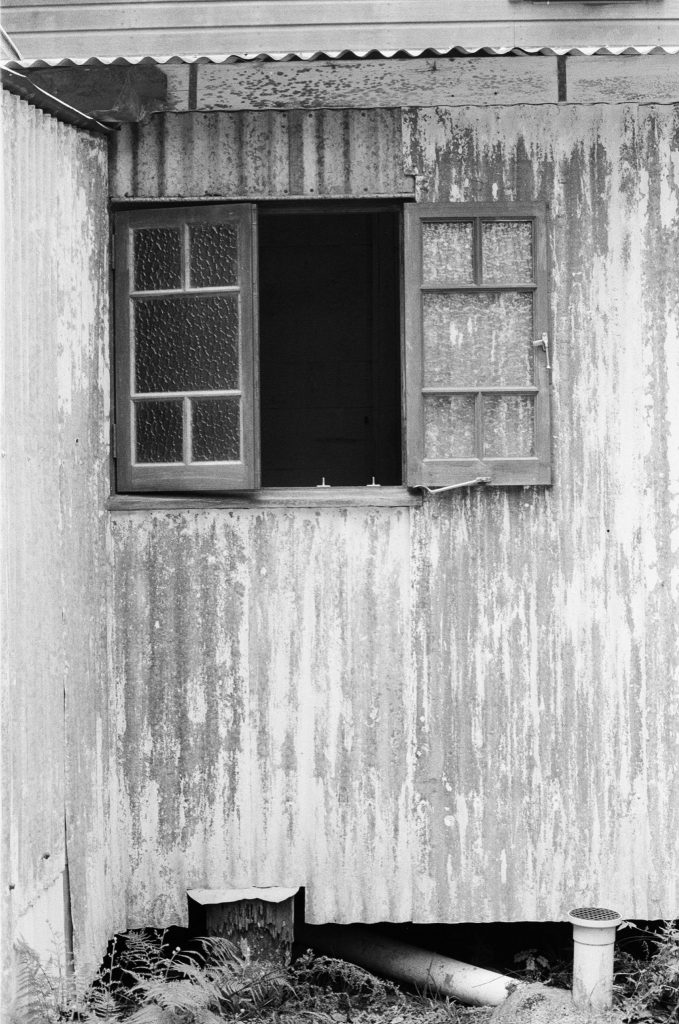 If you’re chasing any of the A family from Canon and want to be different, grab an AT1! They have gone up in price, like everything film related, but they’re a lovely camera! Praktica BX20 – End of the line for Pentacon – By Bob Janes