What’s the fuss with the Lomo LC-A?

The Lomo LC-A has become the iconic ‘marmite’ camera of our times. Whether you love or hate this Soviet era zone focus compact and what it has come to stand for (or not) – there is no denying its popularity. In fact, it has become one of the more expensive 2nd hand compacts out there at times rivaling the cost of the Legendary Stylus Epic. But there are alternatives…

Here’s my list of 7 Lomo LC-A alternatives that are a bit easier on the pocket. The cameras here have either similar spec or quirks to the LC-A – there’s no AF here, just scale, zone or fixed focus. I’ve left out the LC-A+ as it is too pricey & close to the original, abet more shoddy if you’ve read Frank Lehnen post, as well as its other siblings the LC-A wide and 120. I reviewed all of the cameras below in more detail over at my blog.

So close but so far… Halina Micro 35 We kick off the list of Lomo LC-A alternatives with the so called Hong Kong Lomo (also sold in the US as Ansco 2000 and Revue 35FC in parts of Europe). Haking had a reputation for making cheap version of other cameras which were often better than you might think. The micro 35 sadly isn’t one of them. It’s a shame really as the camera on some levels is really quite interesting and has potential. Like the Lomo LC-A it was styled one suspects on the Cosina CX-1 or CX-2. It has a novel slide up mechanism to the front which protects the lens and viewfinder and comes equipped with auto flash and a winder lever. It’s also quite well made for a Haking. Taken on revue 35FC (aka Halina Micro 35) with Ilford XP2. Not bad at mid range on a slightly cloudy day

Then there’s the downsides.

Despite its looks what we have here is a fixed focus camera with no exposure metering (bar to turn the flash on). Lens-wise the Halina is a best “quirky” as in pretty mediocre. Focus is okayish a few metres out but nearer or farther thing get soft and there is some pincushion distortion. You could live with this but the exposure system doesn’t help. The camera is typical of a slew of entry level flash compacts that had fixed focus and shutter speeds but adjusted the aperture to match the film speed such as the better Olympus Supertrip. These cameras relied on film latitude to give an exposure range of around 4-5 EV stops  before at around EV(100) 11 triggering the flash system. Haking appear to have stuffed up the exposure calculations and I find this camera tends to over expose in really bright condition. Ideally you’d want to use 400 ISO film to help depth of field but the over exposure seems worse at this speed.  It’s Hong Kong Lomo status makes it one of the most expensive second hand Halina costing up to £30 on eBay, shame really as they made much better P&S that go for less. If the spec appeals I’d by a Supertrip or Konica Pop instead.

Back in the USSR – BelOMO Vilia series Our next Lomo LC-A alternative is the BelOMO, another former Soviet Union (FSU) camera marquee based in what is now Belaruse. The Vilia series are more conventional designed and arguably were more of a rival for Lomo Smena/Cosmic Symbol. The original Vilia is a manual set affair. You set the GOST film speed (about 0.8 that of ISO so 100 ISO/ASA equates to 80 GOST) which in turn set the shutter and you adjust the aperture for weather. This is shown in the viewfinder by pictograms . The viewfinder is probably the worst I’ve ever looked through (and I’ve owned 3) as its coating makes things somewhat foggy and blurry. 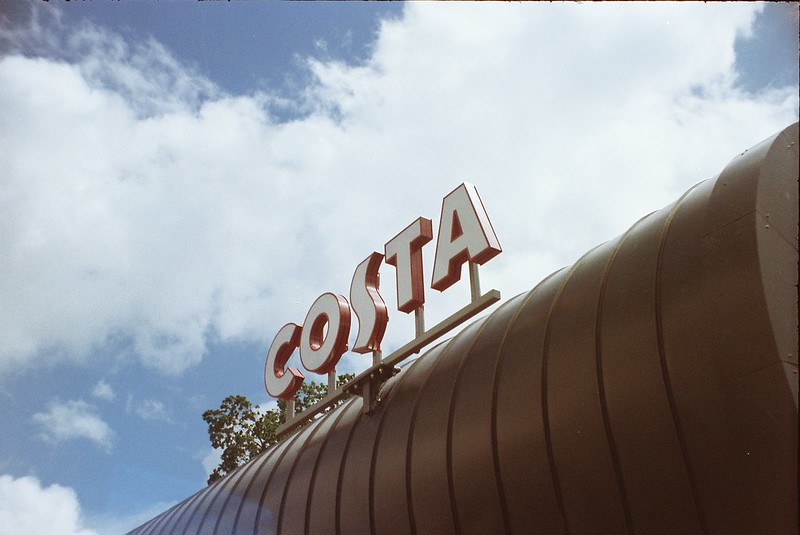 The lens is quite quirky not as clinically sharp as the smena 8m or symbol but has its own optical aberrations. 2 automatic exposure models were also made the Vilia Auto (selenium metered) and the Siluet Elektro (battery powered CDS metering). The BelOMO doesn’t pick up the Lomo cache like the Smena Symbol so you can often find for around a tenner. Auto exposure can be traced back to the pre-WWII era with the Super Kodak Six-20 which was a commercial failure. But in from 1956 a host of cameras began to use automatic metering via battery free selenium cells. This technology is probably best associated these days with each Olympus Trip 35 and its progenitor half frame PEN E series cameras from the 60’s. In 1958 Fujica launched the Automagic which arguably was one of the cameras to set the standard for the next decades. 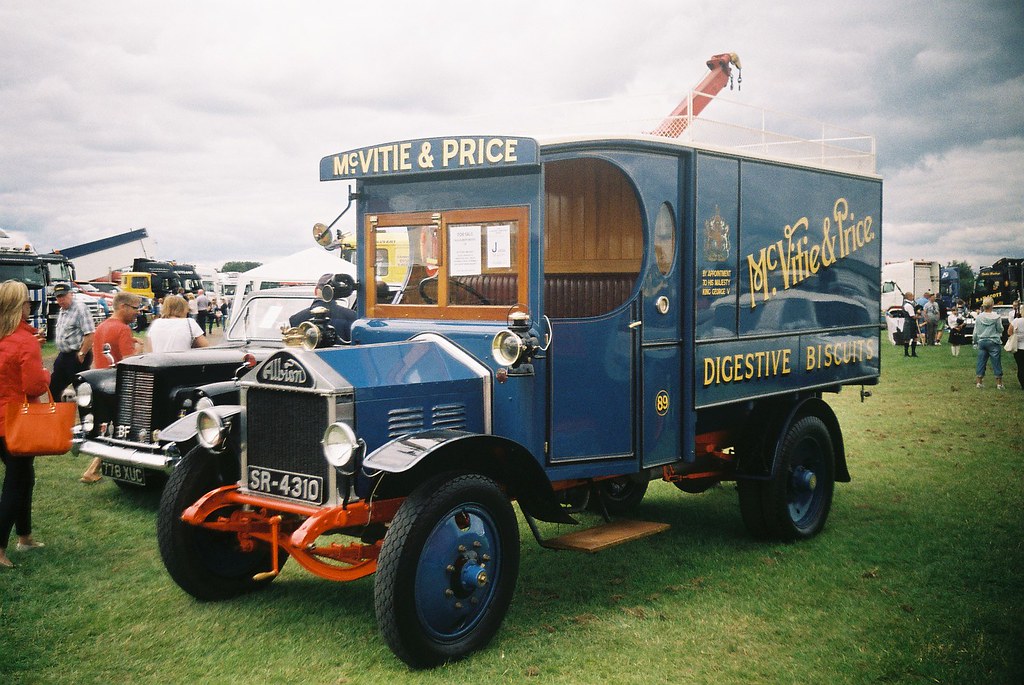 This Lomo LC-A alternative is bulky and feels more like a prototype. It’s auto exposure system controls the movement of aperture blades with the shutter speed being fixed. Focus is by moving a small ring just around the actually lens and inside the half cyclops selenium array. Despite this it is a stylish camera and one I find to be a talking point. Yup a Trip 35 is much better clinically but that isn’t the point here. The lens does add a slight colour cast and has some imperfection but give rise to quite pleasing images. A tenner again should see you right for one. Okay you might call foul here with a 120 film camera but I’d argue the plastic Holga gives as close an experience to the LC-A unless you wanna spend almost $300 on a LC-A 120.  Granted you get limited choices of shutter speed and aperture – but this camera vignettes well and the lens both in plastic and glass option have their own signature characteristics. Unlike their traditional rival the Lomography Diana F+, they accept a normal flash and have built in cable release. You can also run 35mm film thru easily enough either DIY or with one of the dedicated 35mm backs. Although Holga is now dead as a manufacturer the 120 series is available is bewildering array of models and colours. The plastic lensed 120N pictured here can be found for around the £30 mark BNIB. 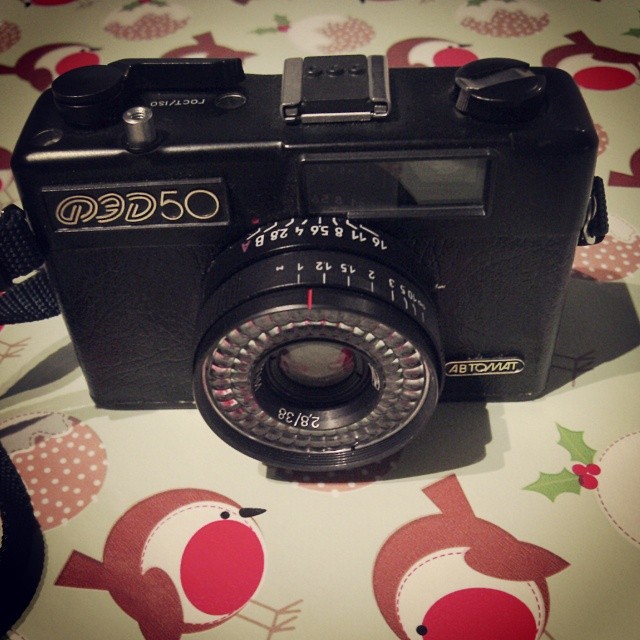 Back to the FSU for this stonking but quirky compact that looks and feels like product of a drunken one night stand between the Olympus Trip 35 and the Lomo LC-A. Not that common in the West, this delightful camera can be imported from its native Ukraine or other FSU states for around £25-30. Like the Trip 35 you have a conventional 60-70’s compact body with a battery free cyclops selenium array on lens bezel (a bit odd as a 80’s camera). 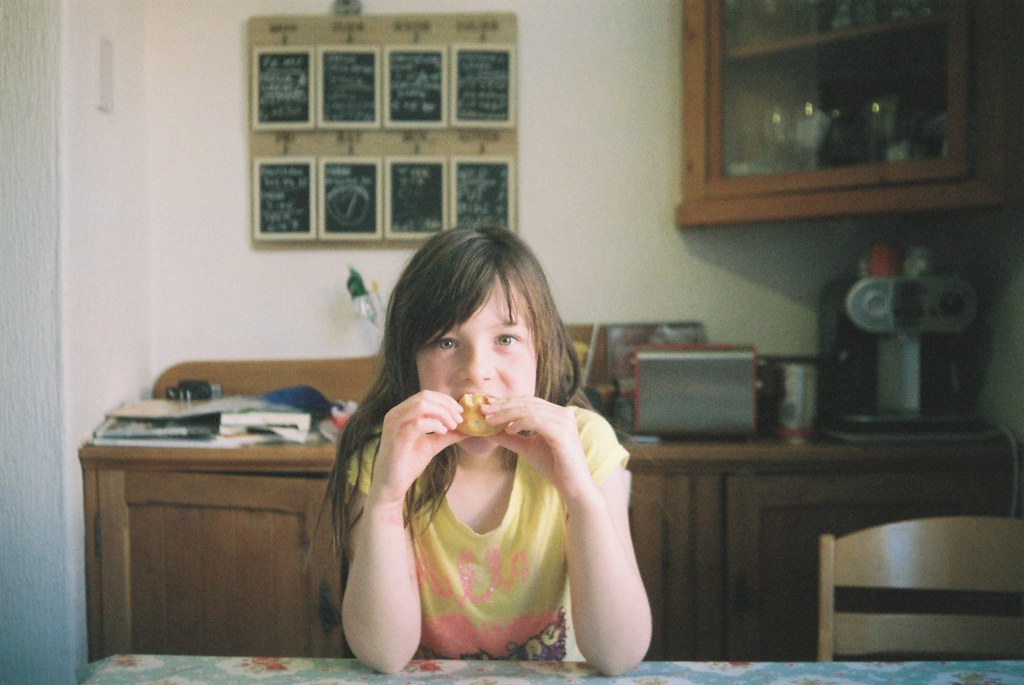 Is it a worthy Lomo LC-A alternative? Well, it offers in viewfinder icons like the Lomo LC-A and a variable shutter speed up to 1/650. You also have the option of both a Bulb mode and fa flash mode that allows you the potential for manually setting the aperture. The lens is good too (FED was better known for its Leica like rangefinders) but does add a slight colour cast. The exposure is quirky and notoriously fickle but the camera can deliver some lovely shots.

The CX-2 and LC-A all cosy up. In fact this export Zenit branded, reskinned LC-A, isn’t even as close as you get with a more traditional model 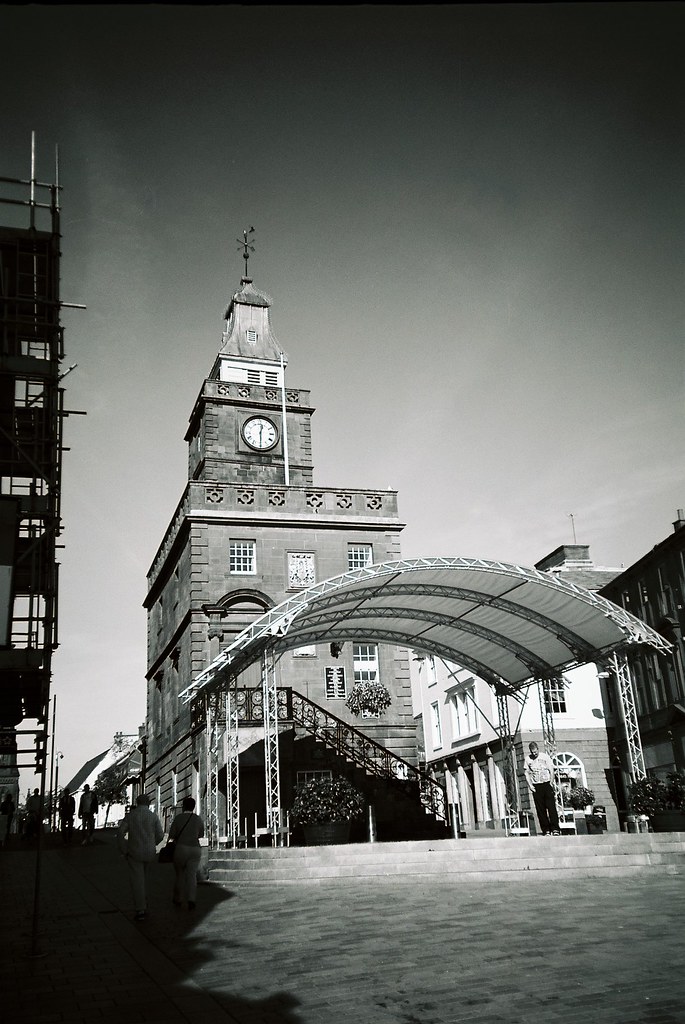 Incredibly similar to the Lomo LC-A, even the lettering used seems from the same font. The only outward difference is the whole front of the lens turns to uncover lens and shutter. More clinically sharp lens with fewer quirks. It looks shot wise like a typical Japanese zone/scale focus P&S. In some ways a more hand able camera than the XA2 but just not quite as sharp IMHO. Worth seeking in the box set with the motorwind unit and the dinky flash unit. Only issue is cost it is rarer and has a cache thanks to the Lomo link. That said you can still get a camera for $30 or less

No surprise this is here as often compared to the Lomo LC-A and has its own cult following. The XA2 is a quasi-zone focus ultra-compact developed from the iconic XA rangefinder and shares the same clamshell design. 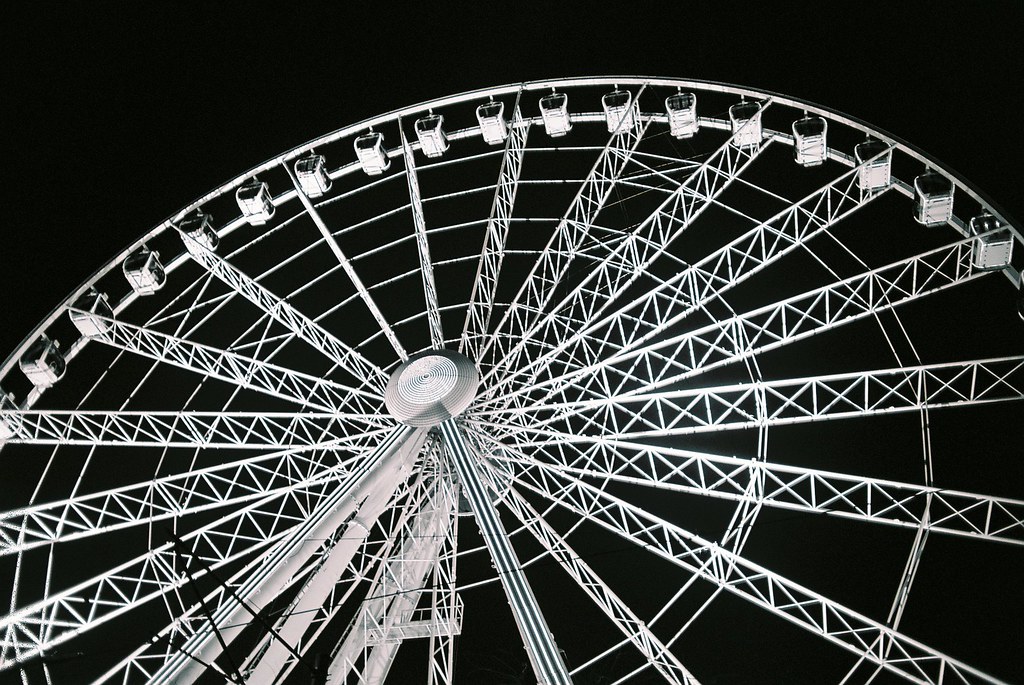 A huge success for Olympus and one wonders if the Cosina CX1 was an attempt to rival… The cameras despite its tiny size is technically better with brilliant Zuiko lens and comes with an electronic timer feature. It isn’t a true zone focus as the in good conditions is intended to be used as fixed focus although there a 3 zones for lower light. It also uses a proprietary flash mount and then there’s the membrane shutter (love and loathed). Its shots are clinically great although perhaps lack any characterisation like the Lomo LC-A (why it is so popular as a back up or pocket carry compact. Although popular doesn’t demand the anywhere near the price of the LC-A and with lucky can be got for a fiver.

VUWS in Superheadz wide and slim yellow peace guise. My closest match to the LC-A

Topping out this poll Lomo LC-A alternatives, the Vivitar IMHO isn’t on paper an obvious choice with an all plastic with fixed everything (focus, shutter and aperture) from the toy class. But the VUWS has become known as the poor man’s Lomo LC-A and for once it is a name deserved (although your definition of poor might differ). 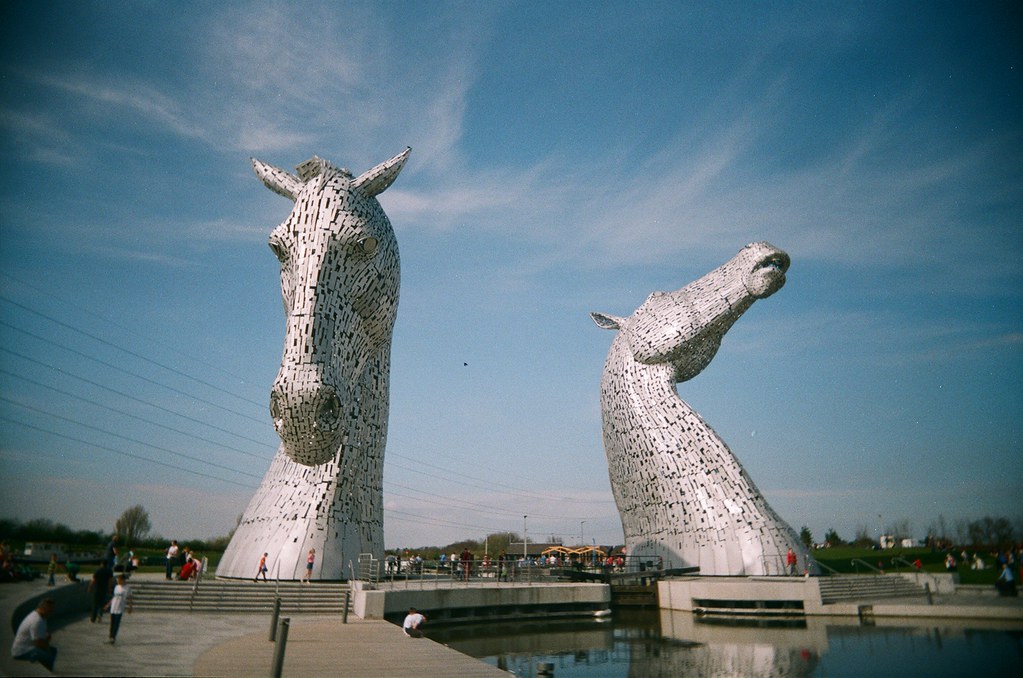 It is a storming camera with a wide angled plastic lens. It is much better than it sounds and has its own characteristics and it vignettes well. The camera holds tolerable focus across a wide range but is limited due to the fixed exposure. You’ll either love or hate its flare rings if shooting into the sun. The VUWS is believed to have been originally a promo give away item but later appeared in thrift stores. Nowadays has acquired cult status so expect to play for an original don’t spend more than £20 as the camera is still made under various brands such as the Superheadz Wide and Slim which on a good day can be found online for that.

…And What’s not in

This isn’t an exhaustive list, and my views on Lomo LC-A alternative options changes over time. I did a similar list at austerityphoto last year and whilst some cameras here were in others weren’t. I’ve dropped the mighty Olympus Trip 35 and other 70’s Japanese Zone focus compacts as they give too clinically good results without quirks (and besides the Fujica is here to represent them).

But what do you think should be in or out ?