It feels like an age since my summer holiday, but I’ve been so busy with one thing and another that since then I’ve not yet had the chance to write about a fairly brief encounter with a camera I really enjoyed using – the Nikonos iii

Every summer I go on a weeks holiday with the family – for the last few years this has involved a trip to either Devon or Cornwall. Sorry Devonshire folks, it’s Cornwall that gets my vote (though don’t ask me about the jam/clotted cream order thing – I really don’t care either way). Anyway, for the last few years I’ve taken to shooting a roll with some sort of water resistant camera. Devon last year saw me take my chances with a slightly tatty Nikon 35AFAW – an experience so woeful that I couldn’t be bothered to even write about it; it was a mission to get the thing to even take a photo and the results I did get weren’t all that. The year before it was a Konica mermaid which decided to break on me whilst I was sat on the beach. I fixed it, sort of, but it was never the same again.

As such, this year I decided to take something a bit more hardy – but when it came to finding something, I wasn’t entirely sure where to turn. That was until I went on twitter and asked the question. I had a few answers back, many of which weren’t especially inspiring. That was apart from the one chap who recommended a Nikonos iii. The Nikonos iii is to all intents and purposes an underwater camera. As you might guess by it’s name it’s the 3rd in the series, but the key to my interest in it is that it was the last in the series to be fully mechanical and therefore not reliant on batteries. If you’re interested in a bit of history and background you can read a little more here.

Having had two years of failed attempts with ageing plastic cameras the idea of something fully mechanical really sat well with me. I read what I could online, and – but for some concerns about making sure the water seals were replaced regularly – the general consensus about these cameras seemed more than positive. So I bought one.

Another thing I’d read about the Nikonos iii was that it’s quite the lump. Upon receiving it I found this to be more than true. These cameras are not small, nor are they light weight. I’m not sure of the depth they are rated to in terms of their ability to go underwater, but suffice to say I think in terms of the thickness of the metal at least, they are possibly over specified. As someone who’d somewhat lost a little faith in plastic fantastic water resistant cameras, this was fine by me. You could probably argue that a camera specifically designed to be submerged by people scuba diving is a little overkill for taking on the beach, but there we have it… Something to bare in mind if you plan to follow my path is that there are only two lenses available for the Nikonos iii that can be used both underwater and on dry land. The 35mm and 80mm are both amphibious, all of the other lenses are specifically designed for underwater photography. What’s nice about this in terms of the usability of this camera out of water is that they are the only focal lengths given frame lines in the viewfinder. The result of this is a really nice bright uncluttered finder.

It’s also worth bearing in mind that there’s no rangefinder here, so unless you’re particularly handy at zone focusing the 35mm is probably the most viable lens. It’s the lens that came with mine, and indeed the lens that I’ll be sticking to. As mentioned, the big bright viewfinder is possibly one of the most notable features of the Nikonos iii when using it on land. It really is a joy, and despite only the most basic of parallax guides, I had no problems framing with it at all.

Focusing the thing is also a treat. Since it’s designed to be used underwater it’s not the most conventional mechanism for focusing or indeed setting the aperture. That being said, it’s possibly one of the most intuitive systems for understanding depth of field I’ve seen on any camera ever.

The two big control knobs either side are for setting the aperture and focus. Both knobs mechanically control the little arrows you can see through the window. As you make changes the arrow move to represent the depth of field – or zone of focus – at the set aperture and distance. It would make a great camera to learn this stuff on, but also makes for a great system for very quickly checking focus. The shutter release and film advance is another mechanism designed for easy use under water. To release the shutter you push the lever toward yourself when holding the camera; rather than the conventional vertical release. This does make for an unusual grip on the camera, but actually I got used to it quite quickly. It’s also really quick to use. After you fire the shutter, the release button pushes out past its cocked position. Pushing it back then cocks the shutter and advances the film. Outside of the slightly odd shutter release, and wonderful viewfinder, my only specifically negative comment would be toward the cameras weight. Having it hanging over my shoulder while on a day trip the one day I was definitely more award of it than I’m used to. It’s probably no heavier than one of my Leicas with a 7Artisans 50mm f1.1 lens in place, but something about its size, shape and weight made it feel more cumbersome.

That aside, I really enjoyed its full mechanical nature. The knowledge that it’s completely unreliant on batteries, that it’s designed to be shot underwater and it therefore pretty hardcore, and it’s slightly idiosyncratic chunky but very solid feeling controls just gave me 100% confidence in it whilst shooting.

Just before I get into sharing photos taken with the Nikonos iii I just want to touch on the seals. If you read about online you will find plenty of reference to the water seals needing to be replaced every year. I actually replaced mine in the kitchen of the holiday Home we were staying in 5 minutes before we went to the beach. I had bought a set off eBay as despite the ones in the camera looking ok(ish), I didn’t want to take the risk. I must admit, for my purposes I did wonder just how necessary it was, but since all the advice online was to change them regularly, I did. I suspect this advice really only applies if you’re regularly using the camera under seawater. 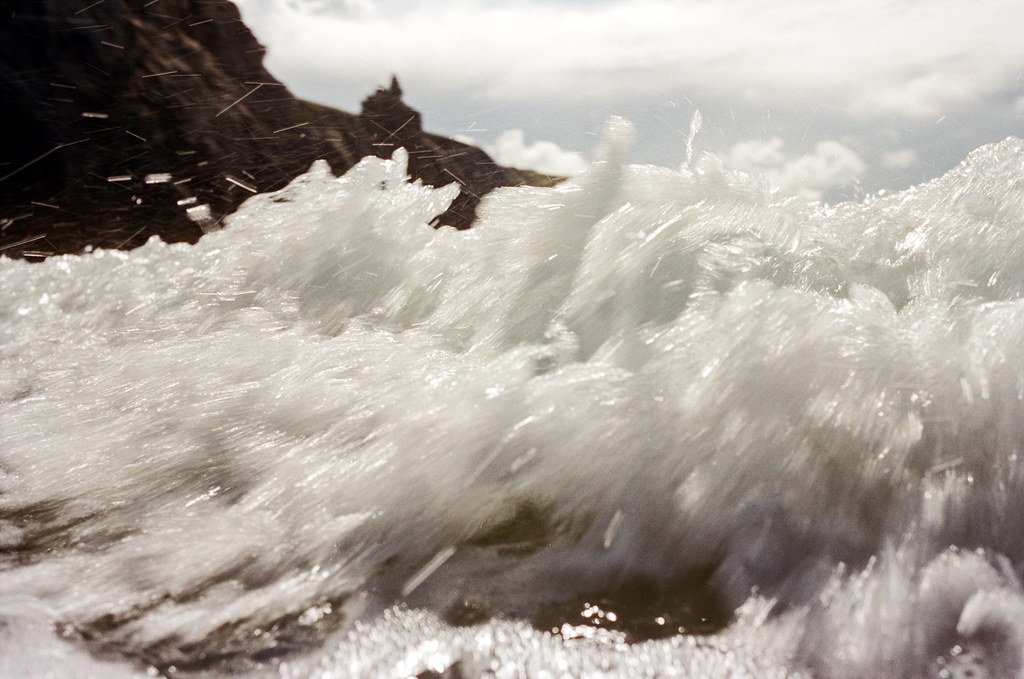 As such, since I only dunked my camera once or twice, I suspect I will be fine for a while. It’s just worth noting that if you are a diver looking for film photography kicks, finding yourself some spare seals might be a good idea!

A little health warning that comes with these cameras in basically every bit of text that’s been written about them online is their propensity to flare when used out of water. I read all the reviews and took note but actually remained sceptical about just how bad it could be. The reality is, yes, it will likely flare when given a chance to interact with direct sunlight. 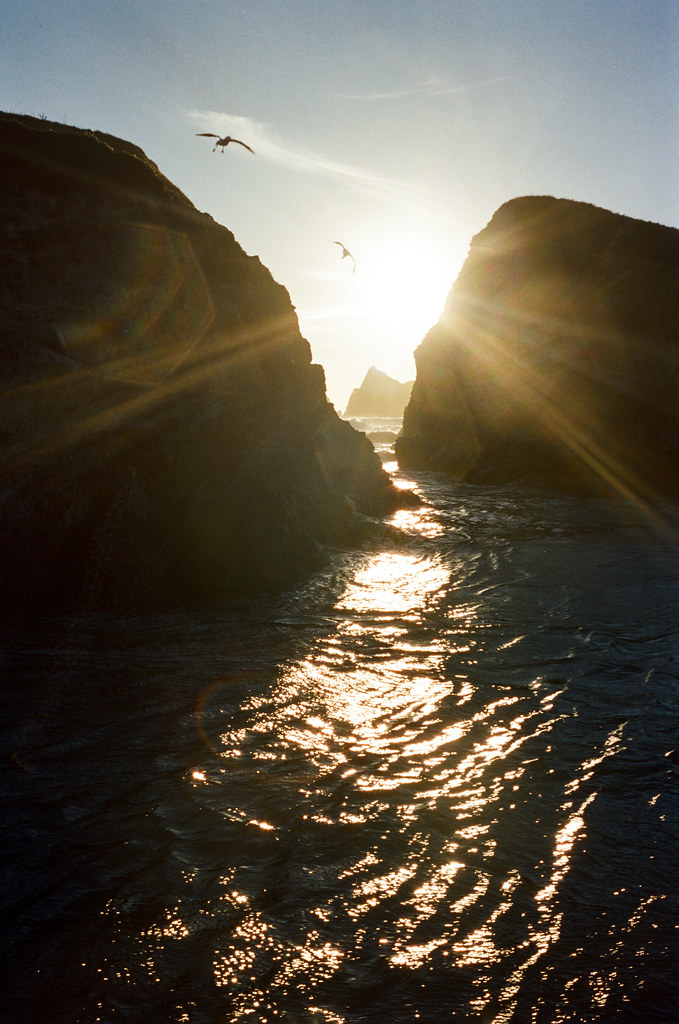 The optical flat that sits in front of the lens to protect it from the elements is likely the primary cause of this. That being said, I really don’t think it’s quite as bad as all that. Yes, compared to an equivalent Nikon 35mm lens it probably is more prone, but in my experience, there are much worse flare prone lenses out there. In these following shots, I didn’t have as much of an issue as I expected when I fired the camera 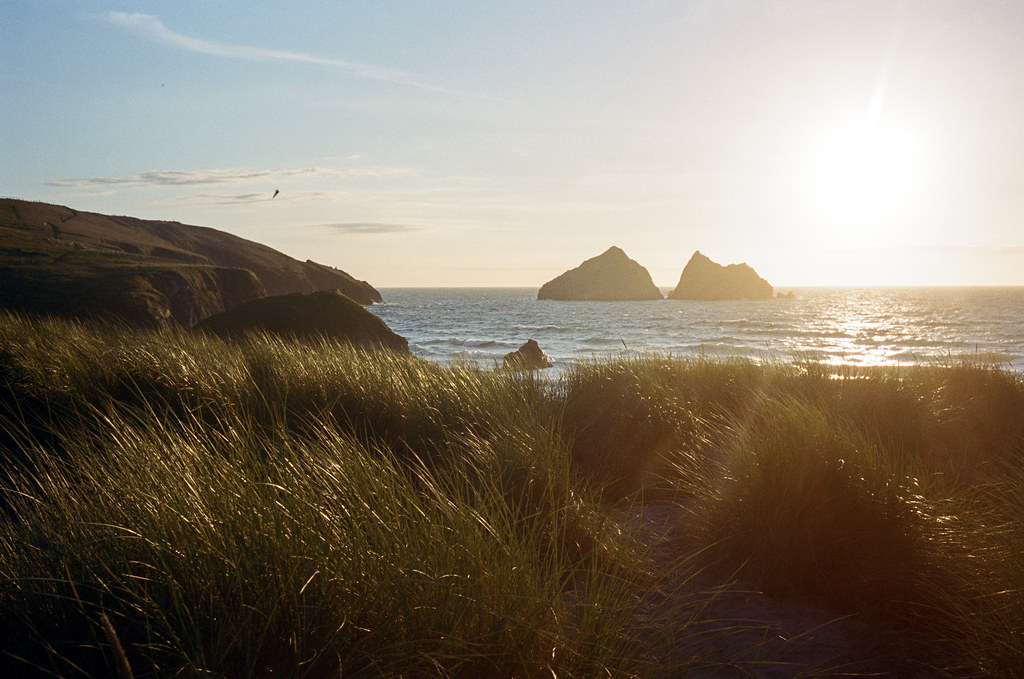 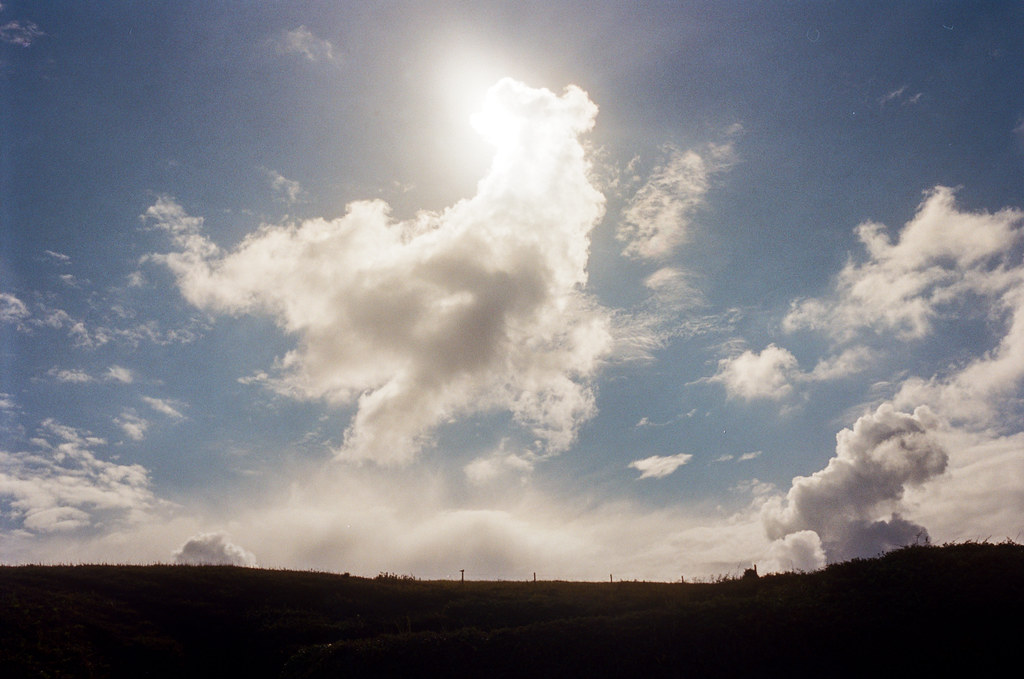 Outside of the flare issues, it’s a really nice lens. Contrast a plenty, not much in the way of distortion, just takes nice photos. I shall let you be the judge… 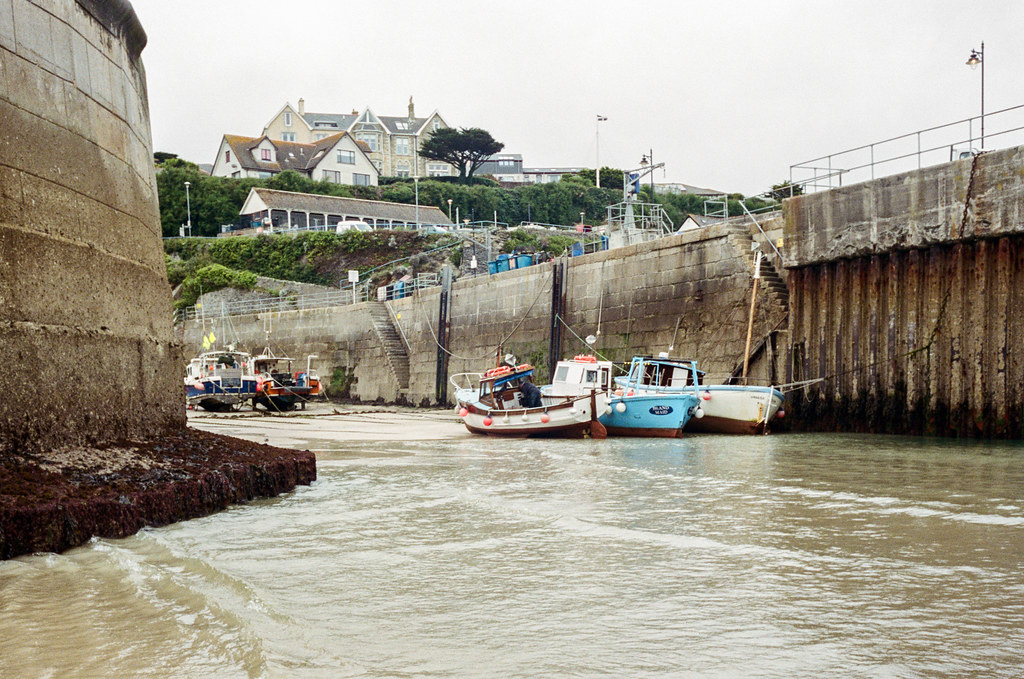 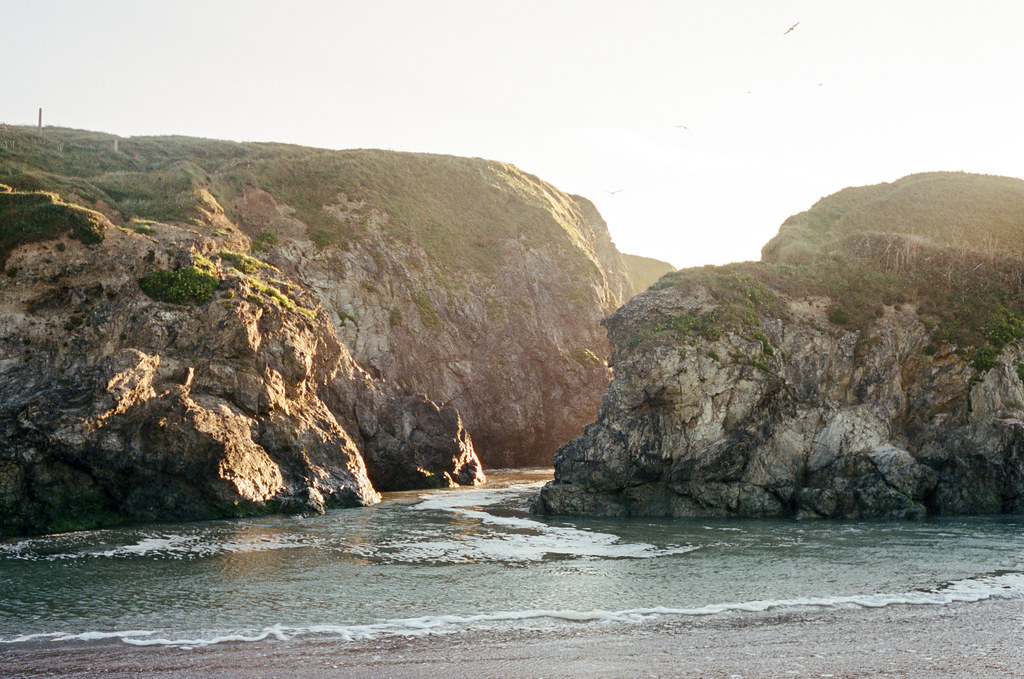 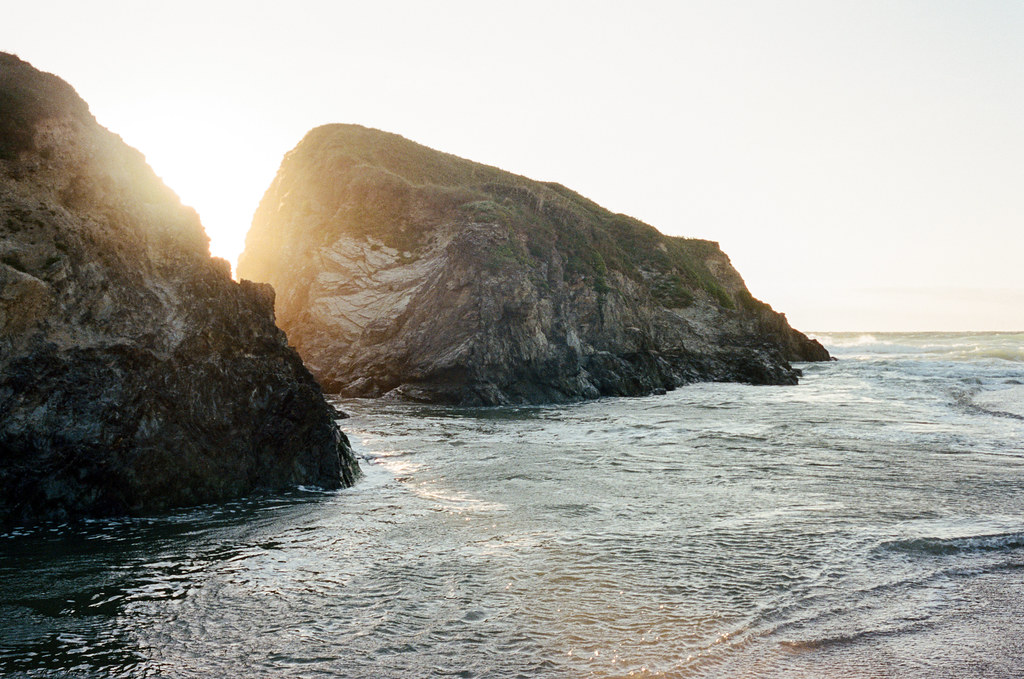 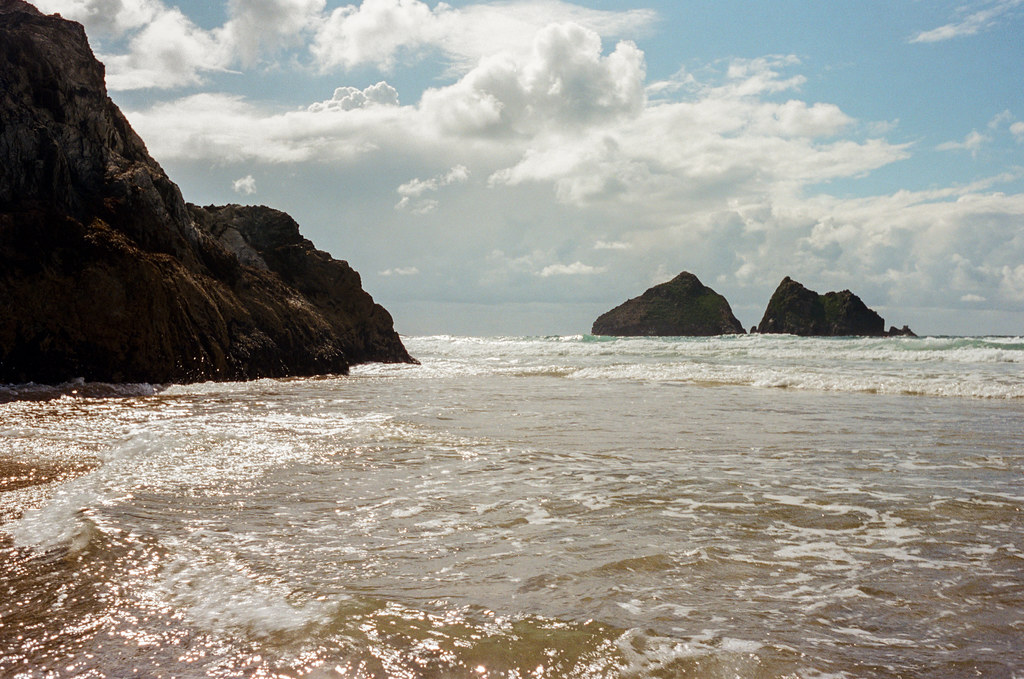 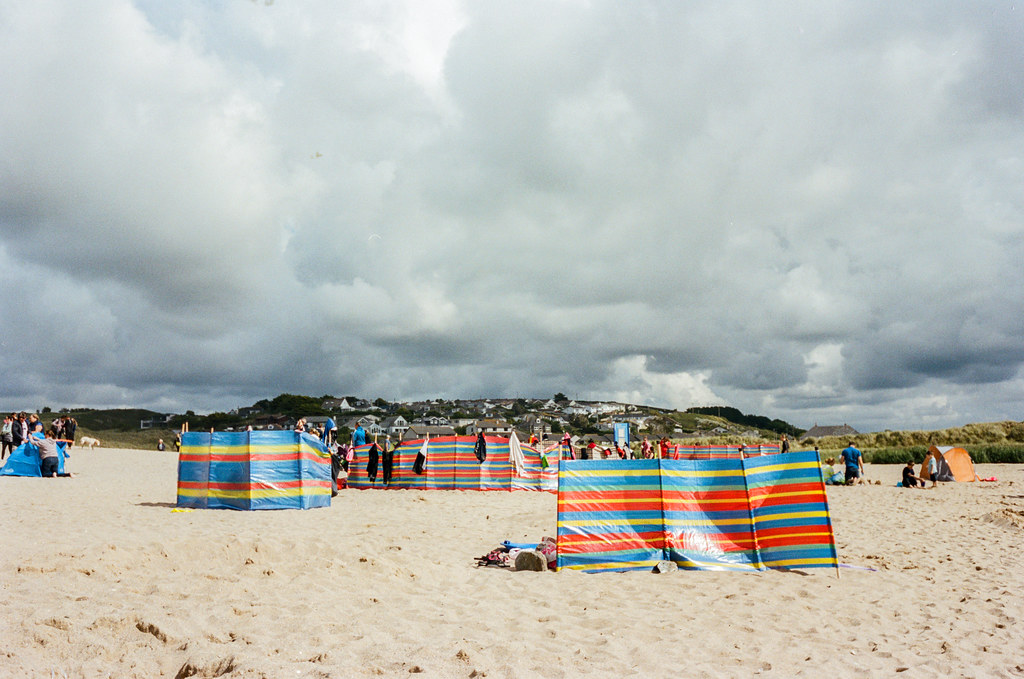 Perhaps because I’m somewhat going through a mechanical camera phase, or maybe because it was so nice to shoot a camera that wasn’t basically broken whilst on the beach, or maybe just because it’s a really nice camera… one way or another I had a really positive experience shooting this camera.

It is quite heavy, the controls are nothing short of idiosyncratic and it’s definitely a bit of overkill for what I used it for, but the Nikonos iii has definitely found itself a permanent position in my camera collection. Experiments in Developing Colour Film At Home: The Chemicals Dilemma - by Aukje 5 Frames with a Olympus Mju - by Frederick Maurice Lim