The Konica Mermaid is also known as the Waterproof Konica Big Mini, the Konica big mini is a camera I wanted to like but ultimately found quite annoying to use, it just felt unresponsive. But, with the one major thing it had going for it being the quality of the photos, I’d hoped I’d be able to get past these frustrations in using the Konica Mermaid. Unfortunately this was not to be the case 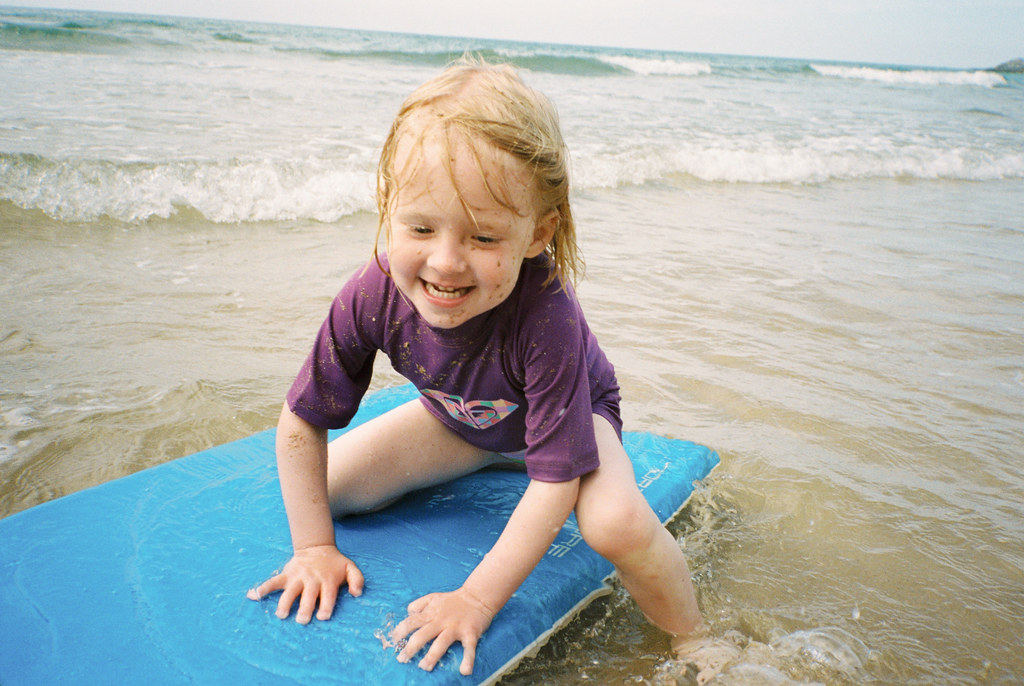 My relationship with the Konica Mermaid seemed destined for failure when the first day I picked it up to use it I found the little switch on the back of the camera that sets it between full frame and pano mode was broken. Unfortunately for it, due to the design it didn’t break in such a way that it got stuck in full frame mode, the springs inside are loaded so it defaults to pano mode. Since I wasn’t particularly keen on shooting panoramas with it for the duration of the holiday, and it wasn’t a break I could fix without superglue – or more likely a donor camera – I decided the best bet was to hobble the pano mode permanently. Frustratingly for me, this was also something I discovered on the way to the beach on day 4 of my holiday. Thankfully, I always come prepared! I was never a scout when I was a kid, but I did live in the countryside and always carried a pen knife. The habit largely stayed with me, though these days the pen knife is a very small, but still fairly useful Leatherman S4. We found a spot on the beach and I proceeded to operate on the Konica Mermaid. The pano blinds were removed from the film gate first, followed shortly by the frame lines in the viewfinder being jammed into full frame mode with a bit of tape. Job done, brutal, but unfortunately necessary. For the rest of the day, it was the only camera I had, so this would be a good chance to try it out, a day at the beach should test it in its natural environment. Unfortunately it also tested my patience. 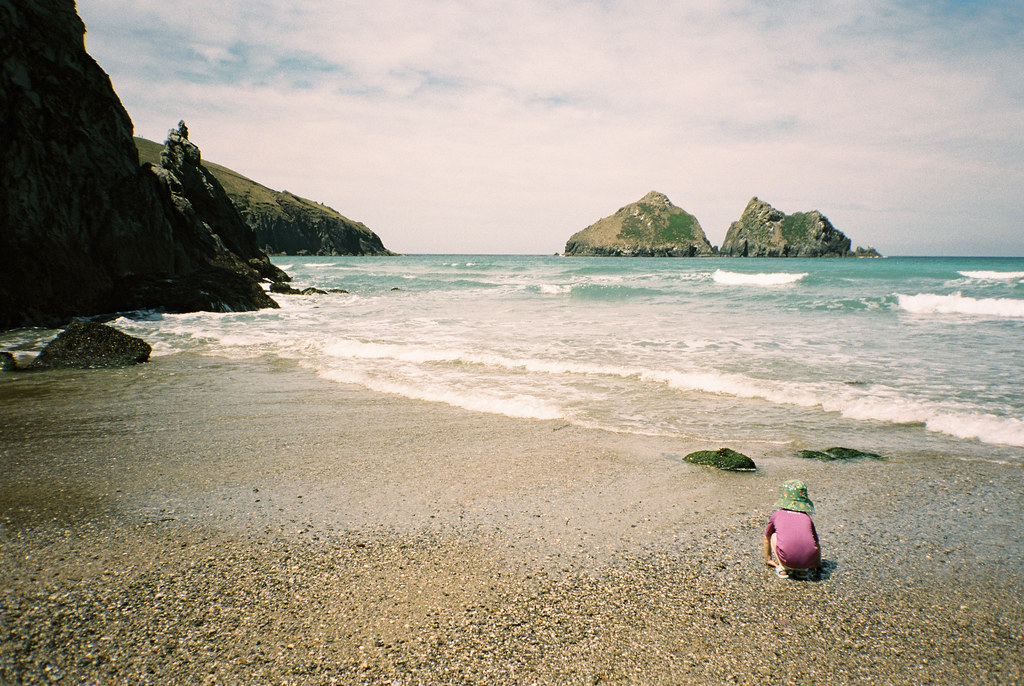 I very quickly found out that the Konica Mermaid suffered the same flaws as its non-waterproof counterpart the Big Mini. You can read my review of that camera here; a review I wrote and published just after I had come back off a similar holiday with the in-laws a few years back.

The main issue with these cameras is that they just feel intolerably unresponsive. The shutter button has no real sense of half or full press, and sometimes, upon full press if it hasn’t got focus, it just doesn’t take a photo. This on the waterproof Konica mermaid is compounded by the fact that there the little light that glows upon half press – if you can find it without fully pressing and taking a photo – is just next to the viewfinder rather than being inside it. This renders it impossible to see in bright light. This was then even further compounded by the fact that the camera itself – at least when you are on a beach with the sound of the waves etc – is relatively quiet. What all this meant was that I rarely knew if and when I had actually taken a photo, I found myself just pushing the button really hard then looking at the shot counter on the back. 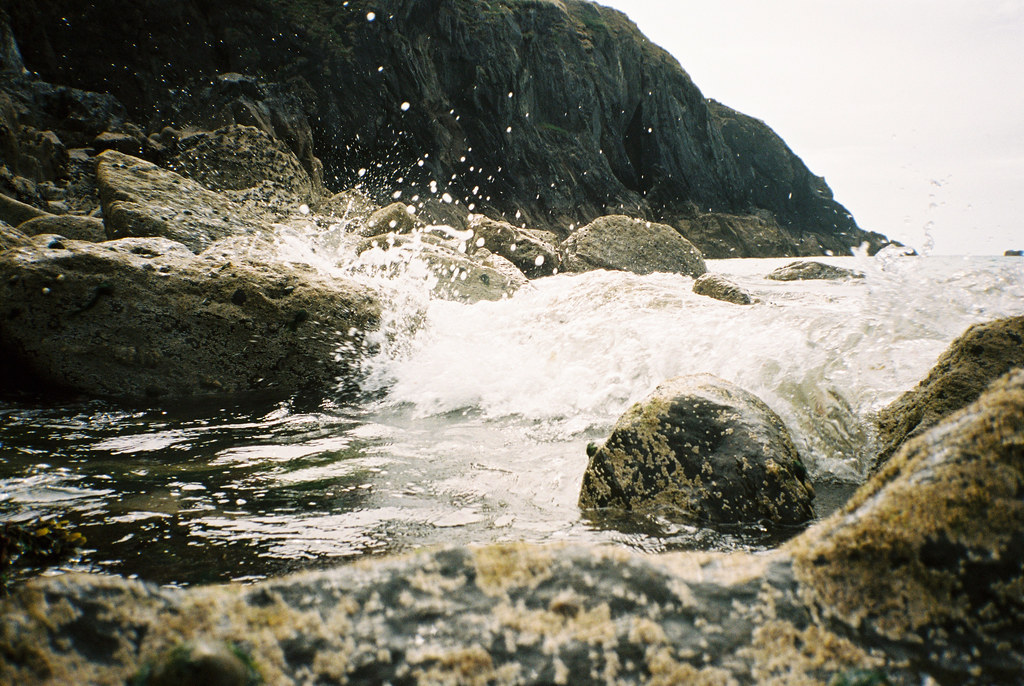 All, I suppose, was not entirely lost though. One of the nice things I did find about the camera is that if you don’t turn it off, it stays on, and whilst it’s on, it keeps its setting. As simple as these settings might be, for the sake of my needs this was distinctly advantageous. Since I was shooting on the beach, I wanted to ensure good exposure, beaches are common places for tricking light meters in cameras. Sand, and the sea for that matter, a bit like snow can fool a camera light meter into underexposing by the nature of them being highly reflective. To compensate for this, it is good practice to dial in around 1-1.5 ev. Fortunately, the Konica mermaid has a setting to do just this. Via the pushing of a single mode button, the camera can be cycled through a few flash modes, then -1.5ev, then lastly +1.5ev. When shooting with the non-waterproof big mini this has to be done each and every time the camera is turned on, and though it can be left on, the lens pokes out in an unwieldy way. As mentioned, this is not the case with the mermaid, the mermaid can be left switched on at all times since the lens protrudes within the outer shell of the camera, it makes no odds just leaving it on all the time. 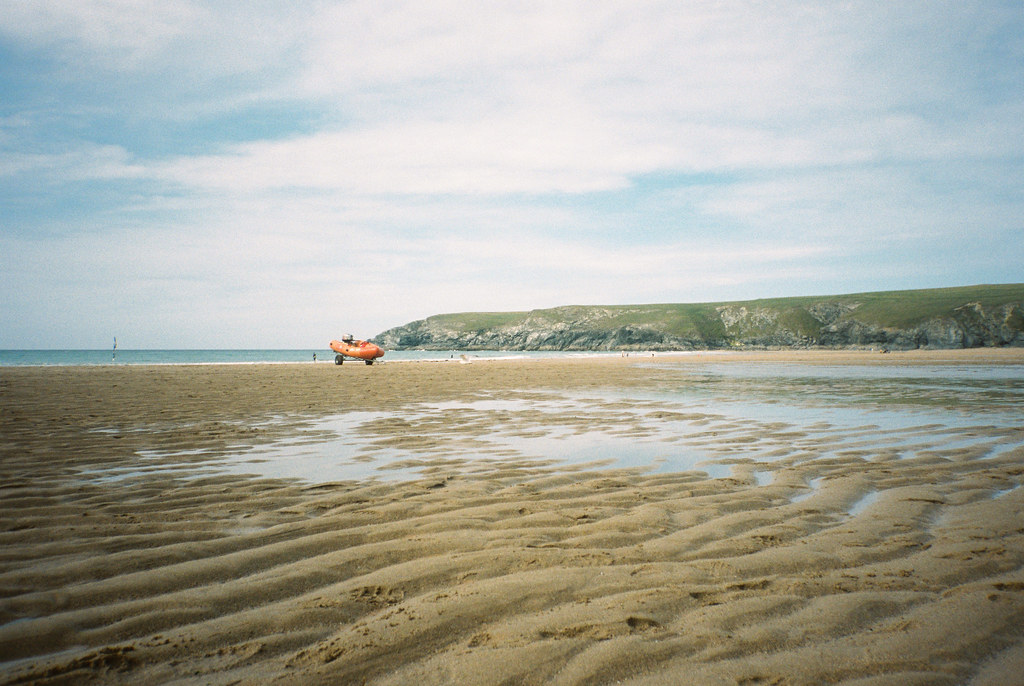 To be fair to it, especially for a waterproof camera, the photos it takes are reasonably good. They aren’t perfect, the out of focus has a smeary look to it, especially at the edges of higher contrast areas of the scene. But as you can see I got some pretty decent quality snaps with it, at least decent by the standards of some waterproof cameras. It didn’t actually test it completely underwater, since the switch on the back for selecting the pano mode had broken I wasn’t sure if it was still waterproof so I didn’t want to risk completely submerging it, I didn’t want to ruin the film inside. 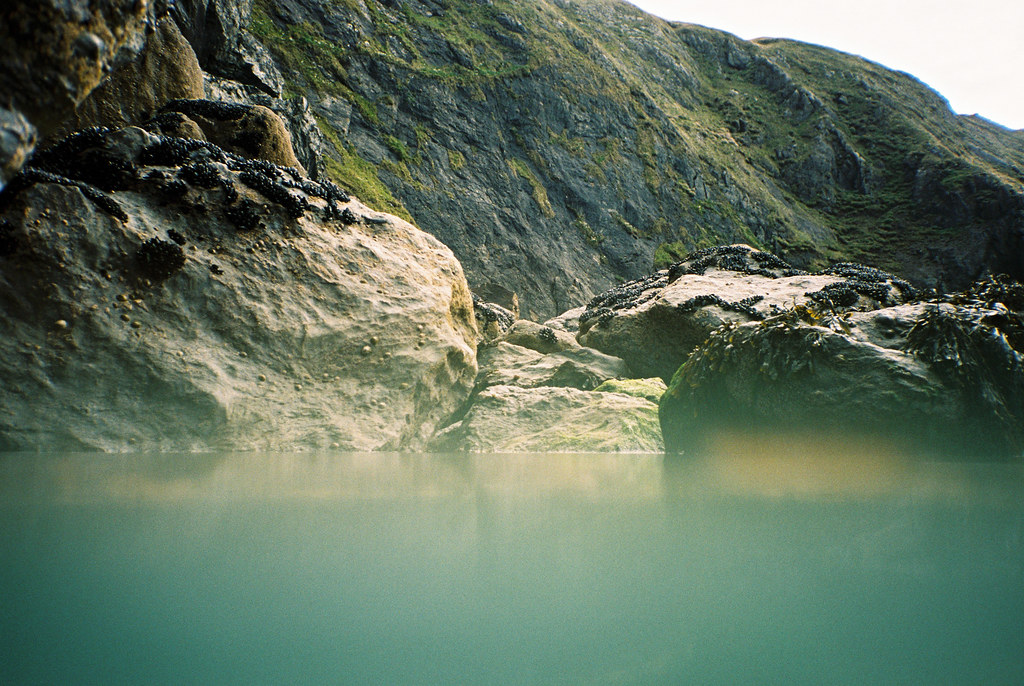 My concluding thoughts on the Konica big mini

Ultimately, I think there are better waterproof cameras out there. The canon I used to use was better, and I suspect there are more. I’m certainly going to be looking for a new one, not least for the fact that this one has now been shelved. If you can cope with the Konica Big Mini, and I know some people love it, I’m sure you’ll be fine with the Konica Mermaid, but for me unfortunately, it’s a no go. I wouldn’t even shoot with one again if I was given it.