Do you know how one photo taken with a specific lens can win you over, although you know that there is more to it than this one photo, and that the photographer probably has a large part in the result as well? For example ever since I saw this photo Hamish made I want the Zeiss Hologon 16mm lens (read his review here): 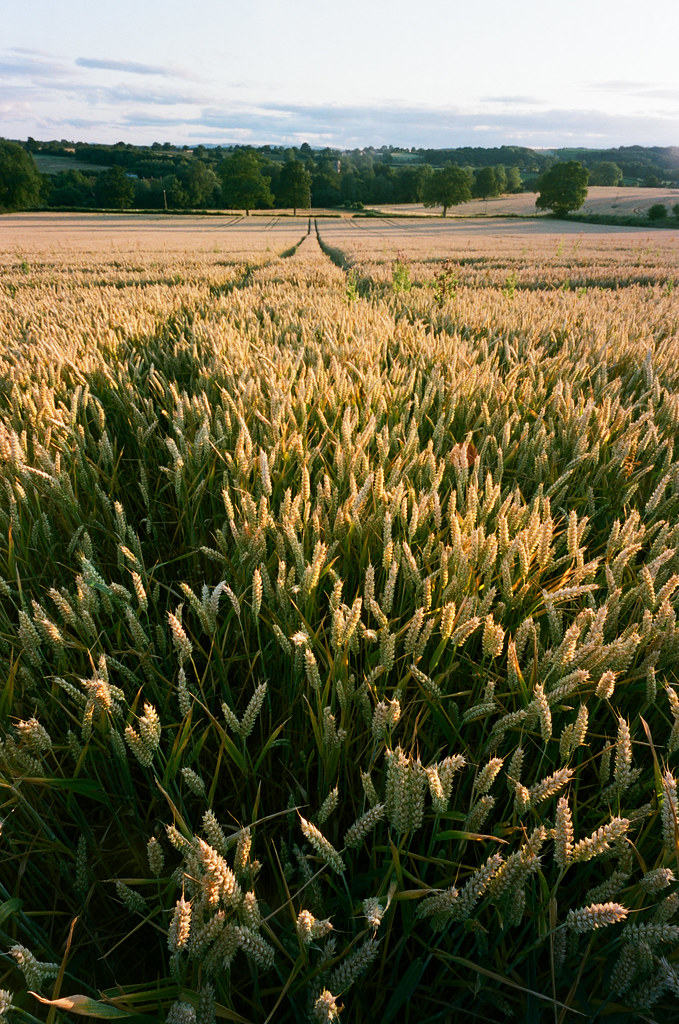 A similar thing can happen with film, one photo can sway your mind towards one film type or brand, even though the photographer, lens, developer and scanning all are part of the result. But the mind works in mysterious ways, and emotions have their own logic. So I thought I was going to use HP5+ as my go-to black and white film, but then I couldn’t get this photo I took in Curaçao out of my mind: It doesn’t make sense at all, it’s not a good photo, and not only because the strap blocked part of the lens. But I love the glow. I have been going over this many times, and I keep coming back to this photo. I wanted to write a post on how I had made my mind up about using HP5+ based on how clean it is and how beautiful the details are, but when selecting the photos to accompany this I realised that I actually prefer Tri-X.

Back to the beginning: as a starting film photographer you have to figure out which film to use. Of course part of the fun of analogue photography is switching it up and experimenting, but it makes sense to keep it simple and straightforward in the beginning, as there are enough parameters to learn to deal with. So for a beginner the most obvious choices for black and white are Kodak Tri-X or Ilford HP5+ (I know there are more options, but these seem to get used most, and I am keeping it simple, right?). So I shot a few rolls of Tri-X and a few rolls of HP5+ and I was ready to make a decision.

There is a technical way to approach this. I recreated the characteristic curves from Tri-X 400 and HP5+ from the website from Kodak and Ilford respectively, see image below. From the characteristic curves you can see that Tri-X will display more contrast in the highlights, where HP5+ will give more contrast in the shadows. Different development times will give different results though. I also tried to make a quantitive comparison on grain, but where Kodak specifies the granularity (diffuse rms granularity is 17), I couldn’t find a number for HP5+. But the technical approach, how interesting it may be, is not what is going to make the heart sing, at least not mine. So I am looking at results. For a Dutch girl like me Tri-X is an obvious choice for art as former Dutch photographer Anton Corbijn (he is now a director) chose Tri-X for it’s forgiving nature. A typical Anton Corbijn portrait:

For an example of HP5+ I again turn to Hamish’ flickr-stream. I always loved this next one, although it was pushed so it is not representative for ‘normal’ HP5+ use: 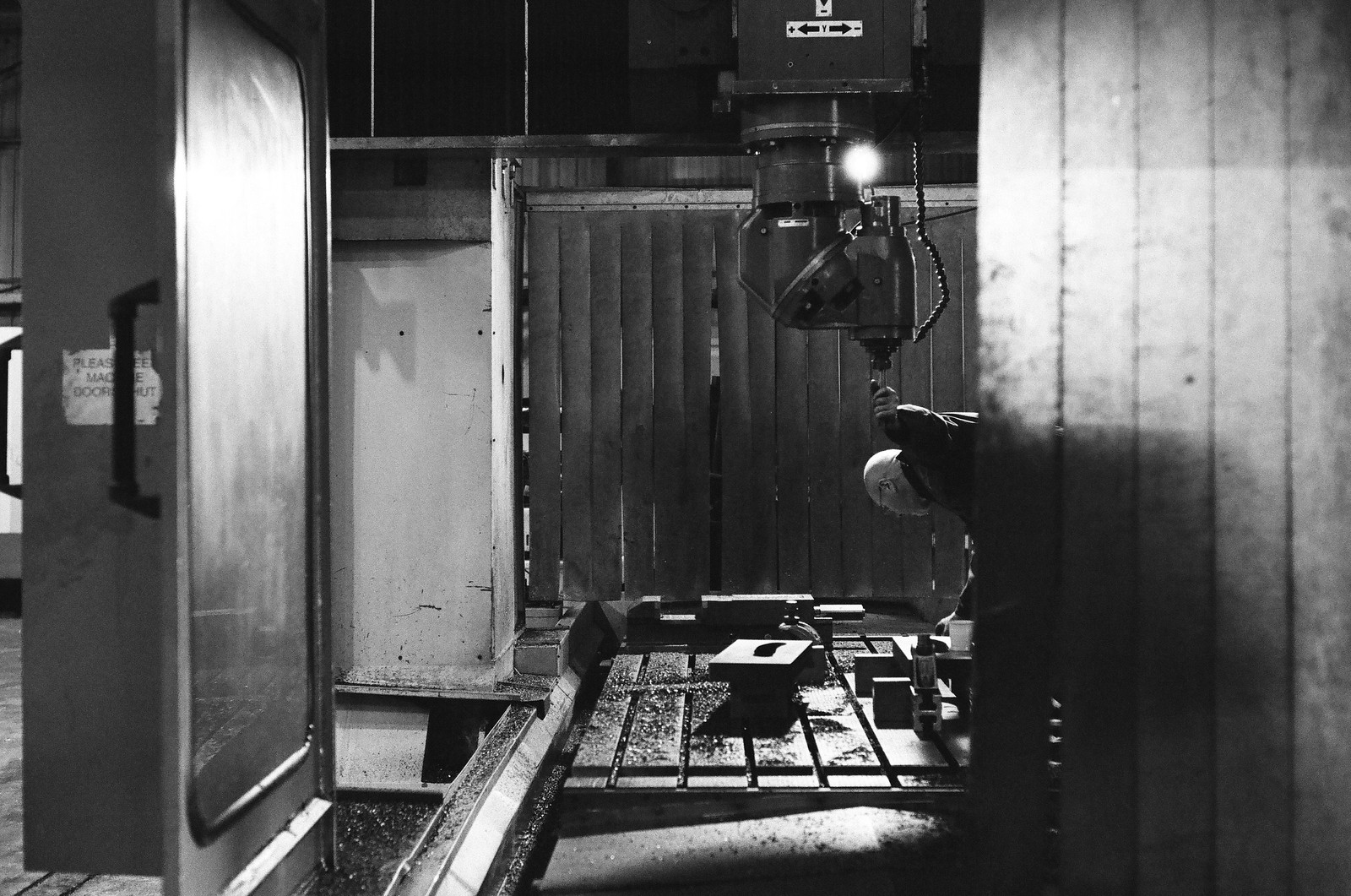 Both images have their own characteristics, and I really like them both. So far it is difficult to pick a favourite.

As inspiring as both photos may be, in the end it is about what I can achieve with the film. So I have been comparing some of my own results, in similar circumstances. I have to add the disclaimer that it is not a scientific research, I don’t have results with all parameters controlled, so camera’s vary, lenses vary, light circumstances vary, etc. This makes it totally unfair, but again, emotions are not fair!

Two photos I made in a forest: I like them both, I guess the second one is sharper due to the modern lens, but the result is almost too decent, too pretty. The first one seem to connect with me more, but that could be the light instead of the film.

Another comparison with images taken in bright daylight (although one in Curaçao and one in the Netherlands): This time the modern lens was combined with Tri-X and the vintage lens (Summilux from 1970) combined with HP5+, but again the HP5+ looks sharper, neater. In this case I clearly prefer the first one, the film seems to add to the different textures in the image.

The point I am going to make is that in the end HP5+ is too pretty for me. In the previous results you could say that the subjects played a role in that, so I include a pretty one here too. Both photos with a pretty subject, again one with Tri-X, and one with HP5+. I think for these two photos it’s a tie, both display nice tones, both look sharp enough to me.

There is one photo that swayed me towards HP5+. It’s this next one with the flowers, where the clarity of the vase and the water is what made me really happy: However, I realised that for pretty photos I prefer color. However much I like the HP5+ results, in the end I prefer to shoot color when I am shooting landscapes or pretty pictures. When it comes to black and white I love the edge of Tri-X, and in some photos (depending on the light of course) there seem to be a glow that seems rarer with HP5+ (at least in my own photos).

Due to some coincidence (I saw one sitting on a shelve at the repair shop) I bought a Rollei 35 S. My plan with this camera is to practise shooting portraits of people that I do or do not know. I think the charming character of this really small camera will help me to do that, as it is less intimidating, and it might be a conversation starter. With that in mind, Tri-X seems to make more sense. Inspired by Anton Corbijn and by the nature of this camera I intend to focus on the character of the photo, and not on sharpness or neatness. Tri-X seems to be the perfect match for that. For pretty and sharp photos I will use Kodak Portra 400 with my Leica M2, and for dirty, quick and impressionist kind of photos I will use Tri-X with the Rollei. At least that is the plan for now :-).

Curaçao beach, pretty but not too pretty. A photo I like for the ‘glow’, even if the photo is not sharp. Could the glow be explained by the characteristic curve? The biggest lesson learned here for me is that in trying to pick a favourite I have to look at how and where I want to use it. When I was just trying to find ‘the’ best film, I couldn’t make up my mind. But when I had a plan of what I wanted to photograph it became clear. Pretty straightforward for most of you probably, as it is for me in hindsight…