I got home and flopped onto the couch, regarding my newest folly with apprehension and growing regret. A flipping Zeiss 21mm f/2.8 Biogon ZM lens sat in its box in my lap. A lens some would place into the category as a super-wide, purchased by someone who mainly shoots a 50, and much less often a 28. The deal was a bargain, though, I reassured myself.

I slapped it onto the M3. The modern, simple silver powder coating on the lens body jarred with the beautiful, layered chrome of the old girl. Yeah, rich coming from a supposedly objective (excuse the pun, ha!) lens review, but I was already looking at the lens with growing distaste. The size and look of the Biogon, and worst of all, the dinky little Voigtlander finder I had to use to compose with any respectable amount of accuracy all put me off before I had even seen what the lens could offer optically. Judging a book by its cover – you bet.

Sod it, I thought, this fool and his money have already parted, so it might be just as well I take the lens on its maiden spin. 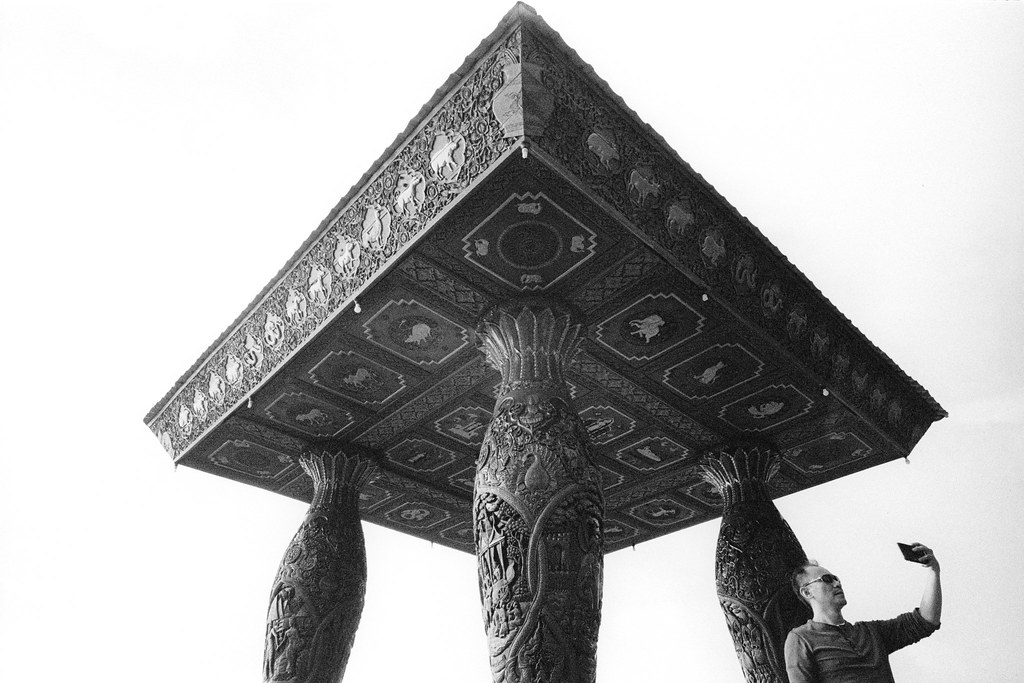 With the widest lens I use on a really regular basis being a 28mm (a focal length that I chose specifically for the reason that it is the widest I can push things while still maintaining a rather negligible amount of distortion perspective-wise), I wasn’t quite thrilled at the prospect of having to watch out for compositional elements near the corners of the frame lest they end up stretching out. Still, I thought kindly of my ability to explore my boundaries and rise up to challenges. Right. Buzzwords don’t work in real life, of course.

Right off the bat I noticed I could get a whole lot closer to my subjects with the Zeiss 21mm f/2.8 ZM Biogon, to the point where I could almost have reached out and touched them, and even then they might not have believed that I was taking their picture. More importantly though, some spaces that would have otherwise been too tight to shoot even on the 28mm opened up. Consequently, it also became harder to get minimalist compositions, frames where a 35 or 50 would have done a very clean job would end up being bogged down with clutter all around the periphery. I wasn’t used to this field-of-view at all. 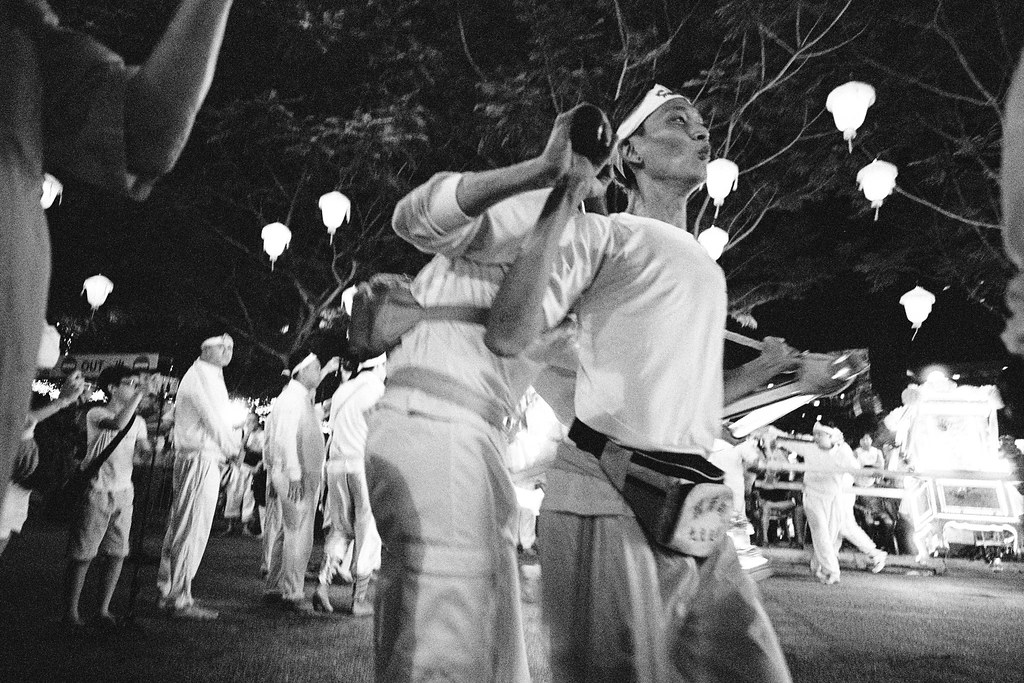 Taking the Zeiss 21mm f/2.8 ZM Biogon to shoot a Taoist festival proved to be a minefield of yet more challenges. With high speed action occurring all around me – singing, dancing, the whole works – and the quickly failing light needing me to open the lens up to the maximum aperture, it became increasingly frustrating as I swapped from the rangefinder to the external viewfinder, missing split second shots. I eventually swapped back to the 28 Ultron, utterly defeated by the whole affair.

Well, it was high time to make some modifications to facilitate my shooting experience then. The whole zone focus gig wasn’t working out for me as well as I’d hoped – I needed some indication of what the lens was focused at while looking through the external viewfinder, and no, the nub on the focus ring didn’t do it for me. So, armed with a sharpie and some 3M Magic Tape, I got to work on scribbling a very crude copy of the distance scale on the very top of the focus ring, juuust about visible when peering through the viewfinder. I’m quite pleased with the reversible mod, though the markings tend to rub away after a week or so. 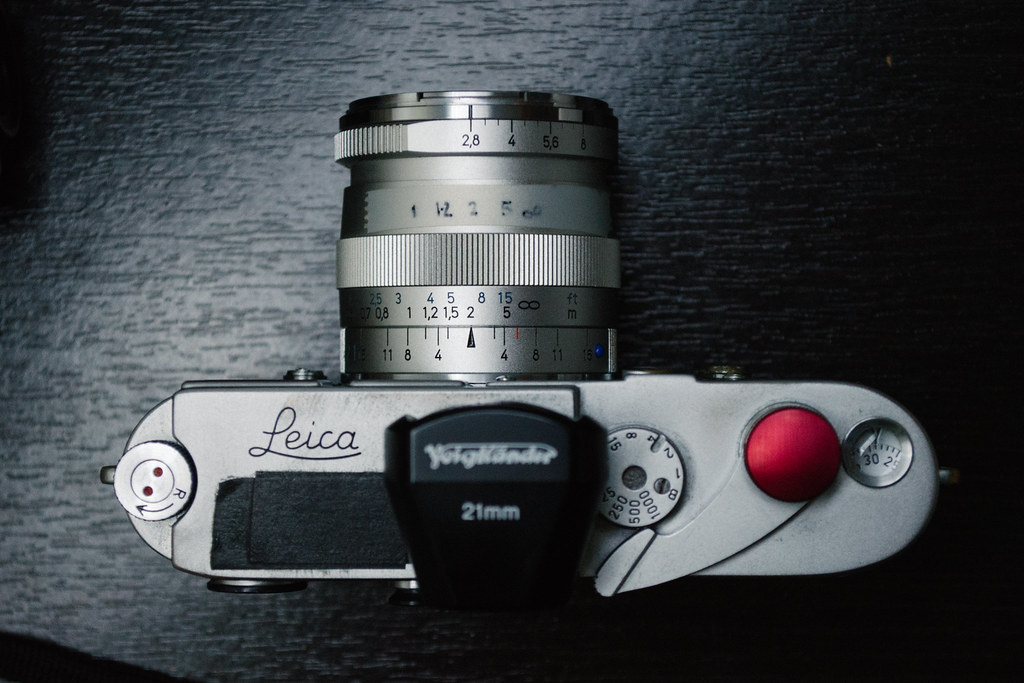 That niggle aside, my copy of the lens also developed some roughness when it came to the internal lubrication. Turning the focusing ring fast would be met with a rather unpleasant jittering, almost seeming like it was very thick oil that was stopping it from going any faster. I was miffed for the build quality at this level, though this didn’t impact image quality of course. Further research on the web revealed that it was very possibly down to either insufficient or improper(!) lubrication applied to the focusing helicoids right from the point of manufacture. To solve the issue would require a trip all the way back to Zeiss, and as my lens was long out of warranty, I could expect to pay at least 200 quid. Hmmm.

The Zeiss 21mm f/2.8 ZM Biogon is also not exactly small for a rangefinder lens, coming in at about 7.5cm in length, and while it does have a seemingly reasonable 46mm filter thread, it bulges out in the middle right around the focusing ring. I’ll put it down to the price one has to pay for a f/2.8 superwide. 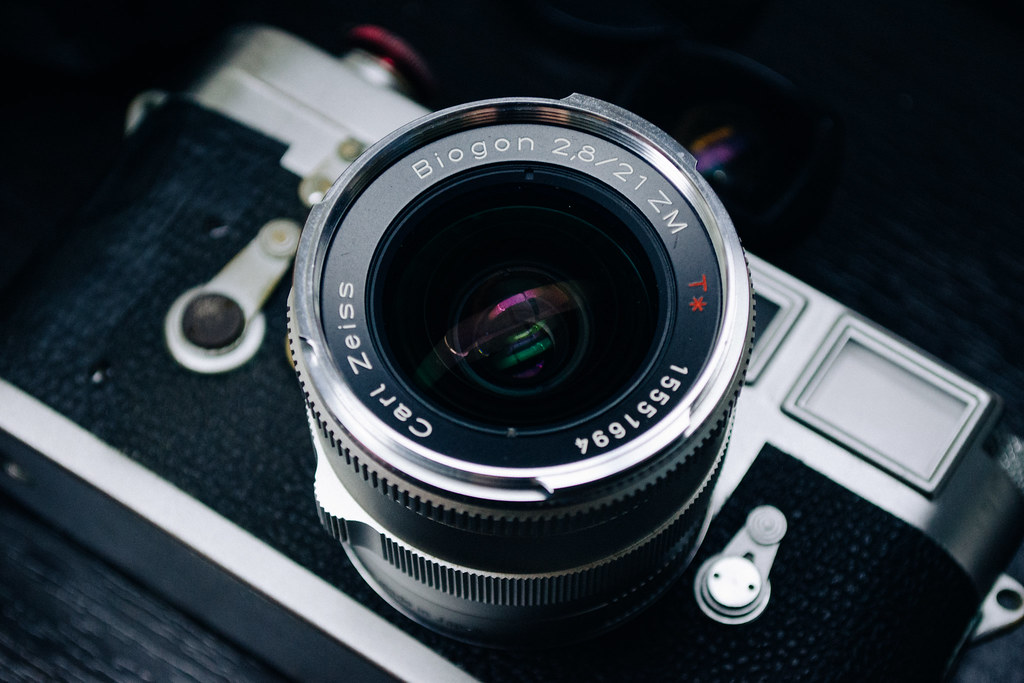 Yes, the lens goes down all the way to 0.5 metres. No, none of my rangefinder bodies can match the lens all the way down to the minimum focusing distance. The lens smoothly decouples when it hits the minimum focusing distance your rangefinder offers (0.7m for my modified M3) and goes right into the unknown zone. Personally I find that some guesstimation using my forearm as a yardstick for what half a metre is usually enough to produce a result, although I guess the more perfectionist sorts could whip out a tape measure.

Digital M users can rejoice, if they have one of the live view versions at least, they should be able to use it with no pitfalls, Visoflex mounted and all. Even the problem of parallax with an external viewfinder is solved in the process. But you lose the rangefinder experience – if you care about that sort of thing.

Oh boy, this is going to be a doozy to write about.

The Zeiss 21mm f/2.8 ZM Biogon is a boring lens. There, I said it. Now, put away the pitchforks, somehow I always seem to attract those.

It certainly isn’t as exciting as the ultra-wides that have gone through Hamish’s hands in his time. None of the history or perfect lack of distortion with the Super-Angulon, nor the quirky and oh-so-compact nature of the whimsical MS-Optics 21mm, but I am quite ready to defend the place this lens occupies in my lineup. 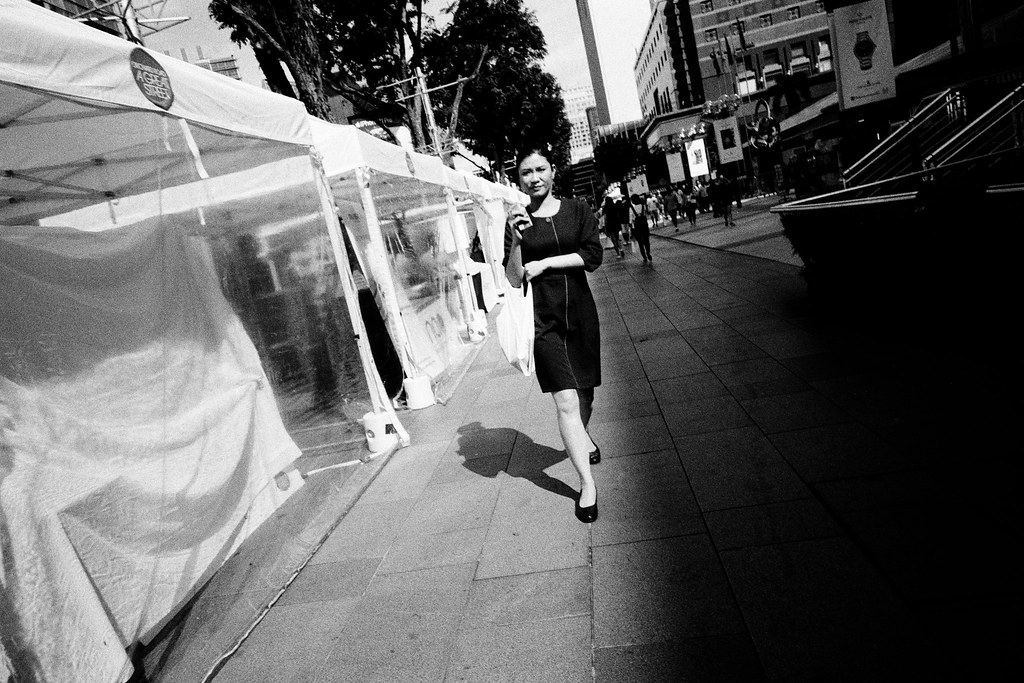 A boring lens isn’t necessarily a bad thing, especially when I am the sort of person who loves a good, reliable, and very predictable lens to bring home the shots. Not needing to fear what Lady Luck will throw you with every shot you take may take the fun out of bringing a lens out for its weekly photowalks round the local watering hole, but trust me, when you see that once-in-a-lifetime shot you’ve got to get, you’ll really be glad you know exactly what the lens will do with the light.

Well, with that out of the way, time to break down the performance! 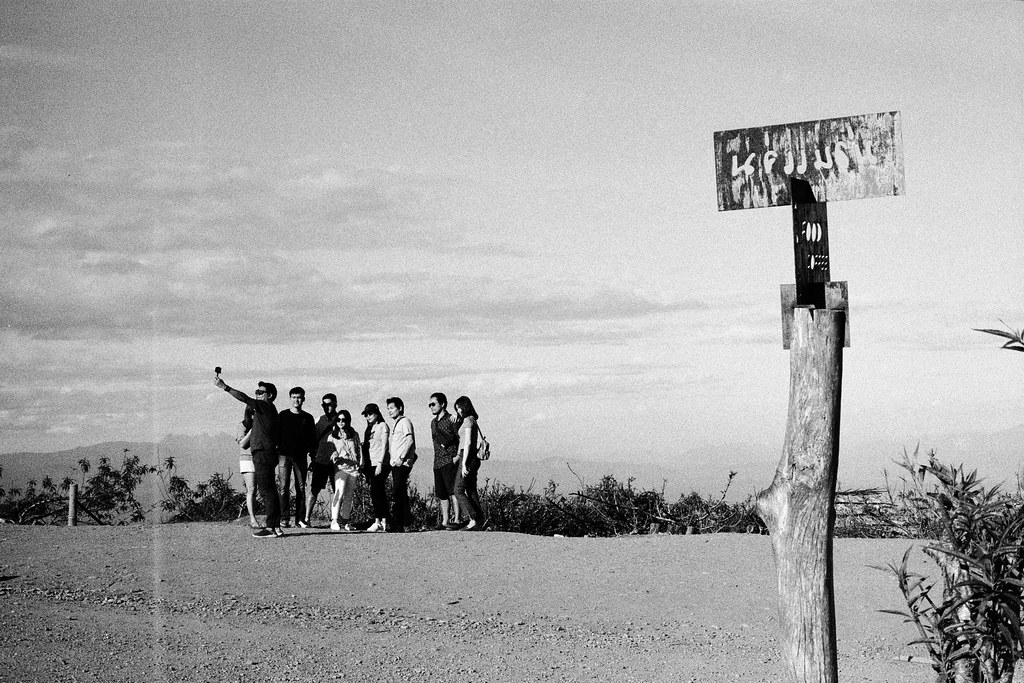 Phew. Zeiss really prove their years of experience making wide angle lenses with this design. I’d say, with some experience on the rather more modest Voigtlander 21mm f/4.0, that this lens is a great bit better in holding sharpness right out into the far corners, and the fact that it can go a whole stop faster is impressive to say the least! Centre sharpness is a tad less crisp than the Super-Elmar, but that is probably deservedly so when we bring its price into consideration. I’d be pretty bummed if I had spent twice the money and Leica failed to give me my greatly diminished returns. 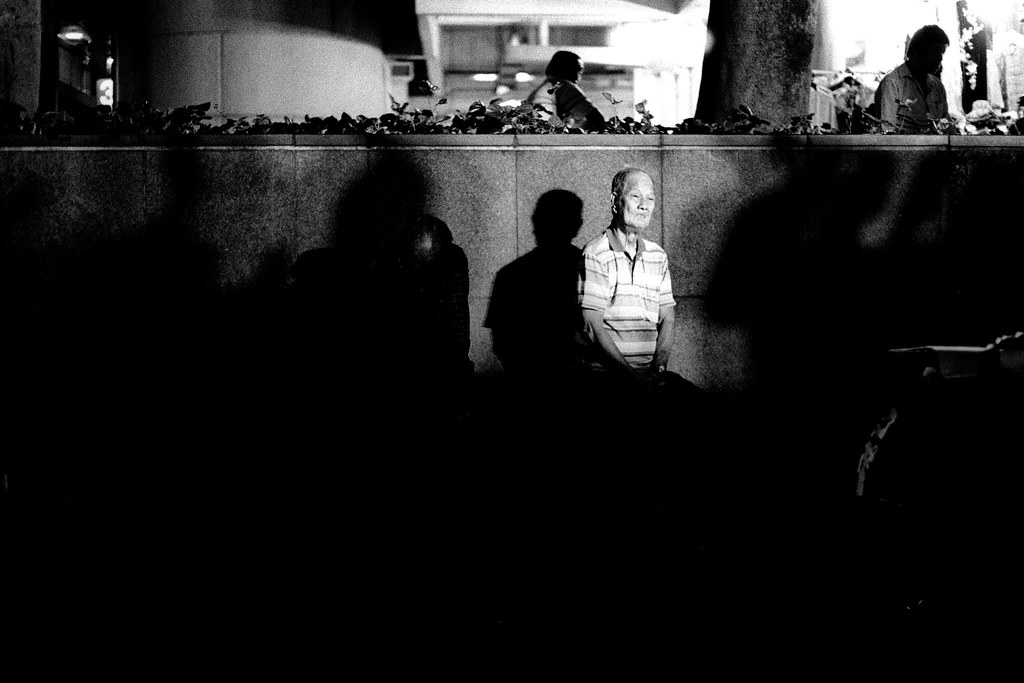 Negligible, if you are viewing it normally – put that ruler away now! Theoretically, the Super-Angulon and Zeiss’s own 21mm f/4.5 have near perfect flatness, but I haven’t ever found the need to pursue that extra bit of betterment. I don’t shoot brick walls, but when straight lines do find their way into my frame, they usually do remain straight. 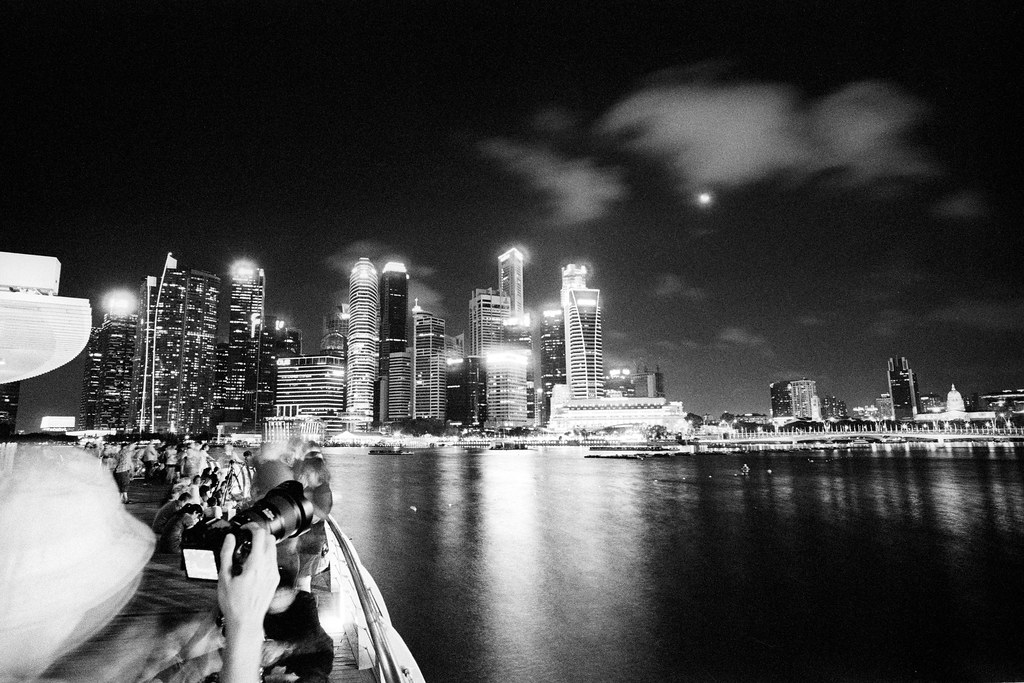 I was stubborn – and tight-fisted – enough to refuse getting the original lens hood for the lens. Dropping 50 quid on a piece of metal didn’t sit well with me, and I thought that I could get away with flaring. Zeiss and their T* coating should be the silver bullet to any of that dreaded veiling flare, right?

As it turns out, I was mostly right. The Zeiss 21mm f/2.8 ZM Biogon has stood up to some pretty stupid attempts to make it trip up with bright light sources (including the sun) in all sorts of acute angles guaranteed to cause much grief in lesser coated lenses. I did manage to provoke it enough to produce a really peculiar elongated hexagonal flare just once though. I’d call that a pass with flying colors! 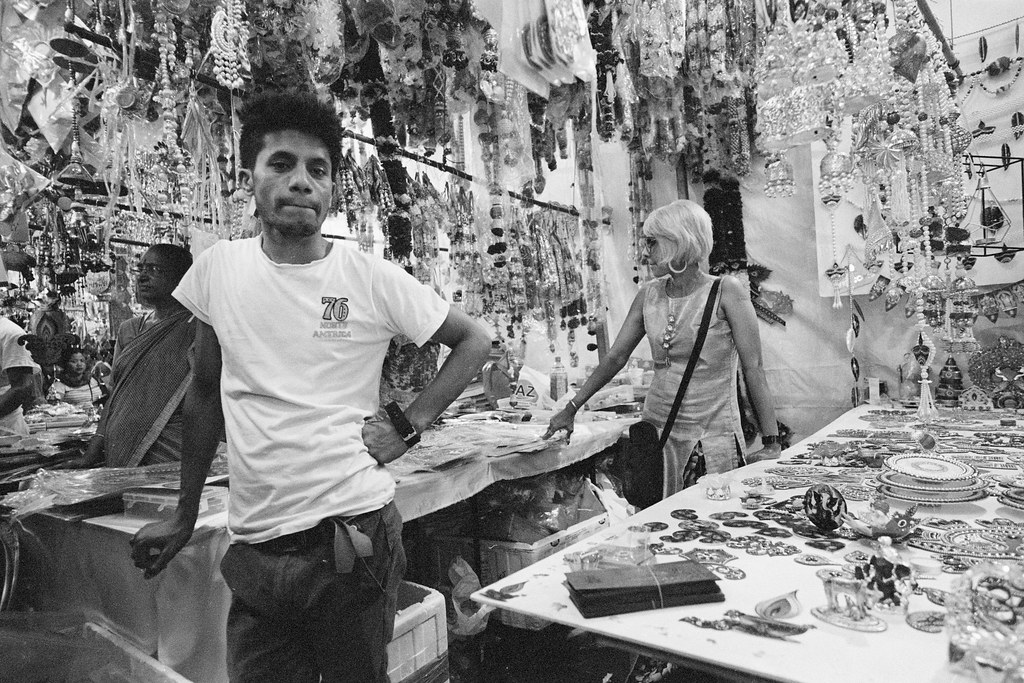 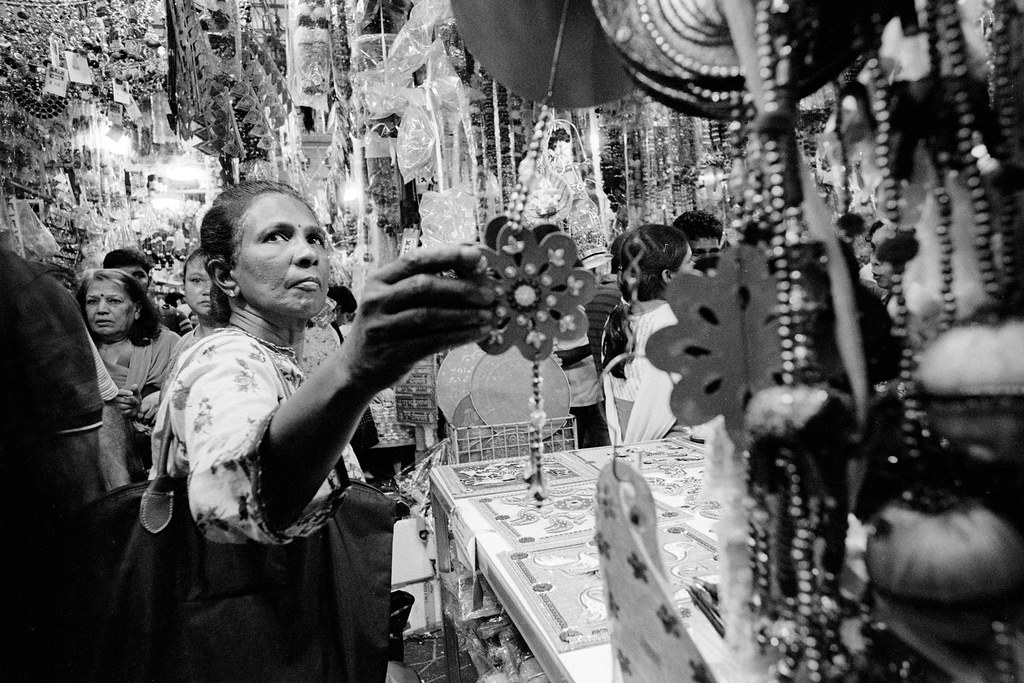 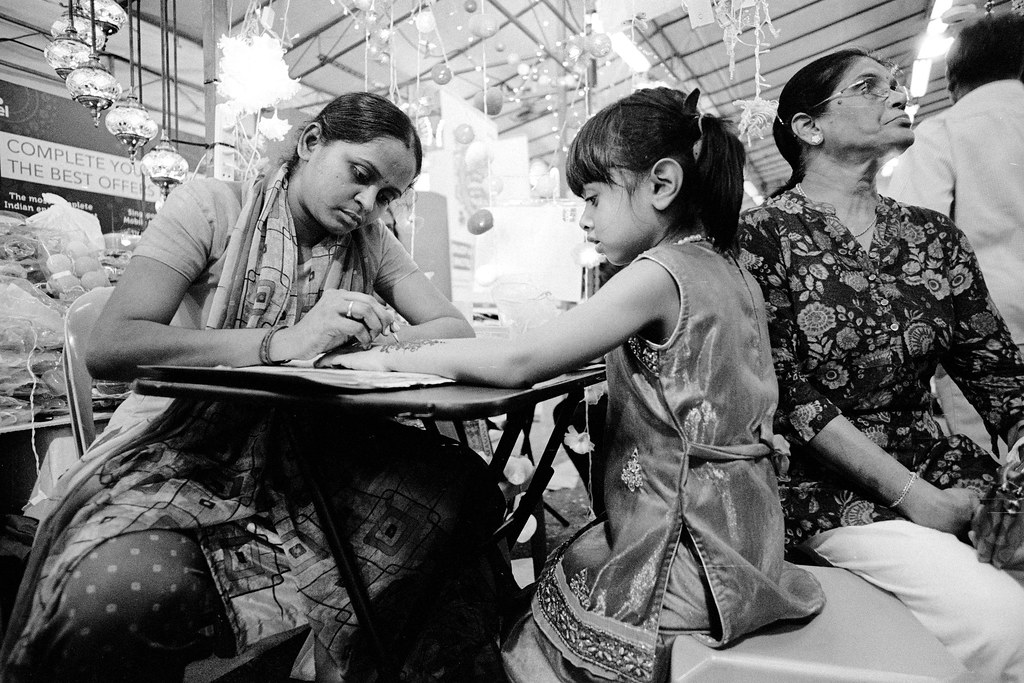 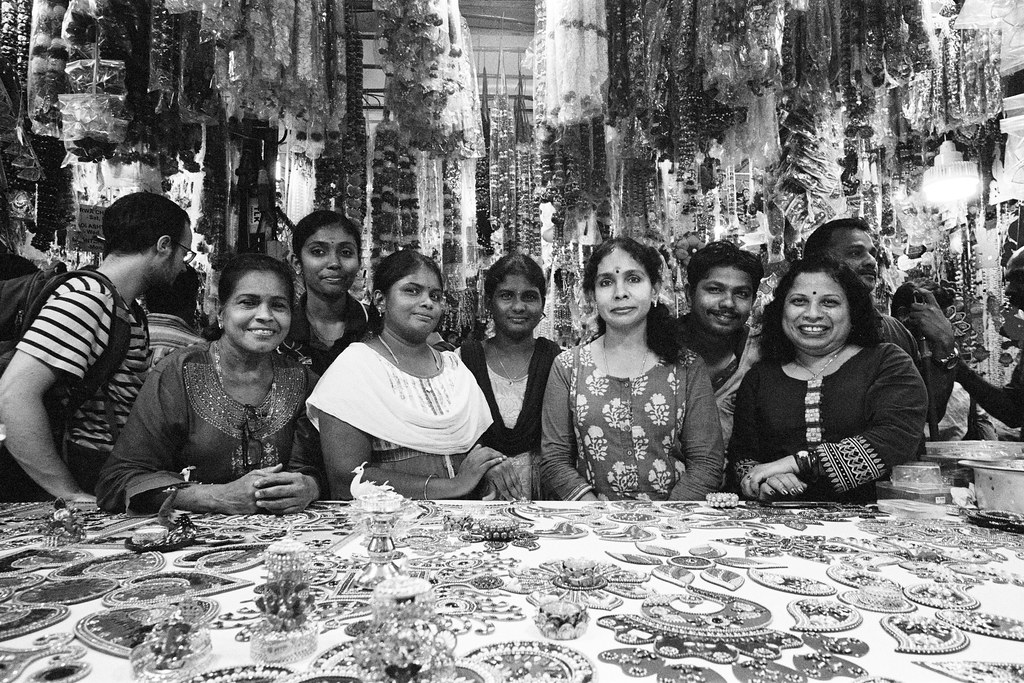 The Zeiss 21mm f/2.8 ZM Biogon has been quite the lens to own, probably even overkill for the number of times I really do take it out of the house. The high resolution offered up by this lens is not really a factor I take into consideration since I tend to munch through grainer film stocks, but the fast f-stop is very welcome after twilight.

While it may have outperformed the older Voigtlander 21 f/1.8 lens in all other optical aspects than the light sucking aperture at a comparable price, and was one of the reasons I bit on the private advert in the first place, the Zeiss 21mm f/2.8 ZM Biogon’s place at the top of the affordable superwide throne might soon come to an end with the newer offerings from 7Artisans and Voigtlander.

Exciting times indeed, but for now I think I’ll stick to the Zeiss.