A little while ago I picked up a Pentax P30 for £5. I’d been shooting happily with the Pentax MX, but just liked the look of the P30 as a second Pentax body and couldn’t resist it for the cash. I didn’t think much of it really, it wasn’t a camera I’ve really ever paid attention to before, but for what I wanted it for it would do the job – at least that’s what I thought…

One of the only issues I have ever found with the Pentax MX is the shutter speed dial is a little fiddly to use. It’s no real issue, as I said in my review it‘s been a camera I shoot with quite slowly and thoughtfully for the most part so I haven’t minded the very minor awkwardness I find in using it. I did fancy something with a Pentax mount that I could just snap with though, so whilst I hadn’t really thought too much into it, when the Pentax P30 appeared under my nose, it seemed perfect.

The first thing that attracted me to it was that word “program” written on the dial. Program mode isn’t my first choice of shooting mode, but for snaps it’s what I’m used to when using a point & shoot so figured that with the Pentax-m 40mm f/2.8 I could have myself some point and snap fun. Unfortunately, that wasn’t to be. I mounted the lens when I got home and tried to turn the dial on the camera to “Program” but it wouldn’t go. It then struck me that the Pentax-M lens might not be the right type of lens… maybe I needed to mount a specific type of Pentax lens for it to somehow allow the camera to be switched to program. I was wrong, well, half wrong.

As it turns out, to use the Pentax P30 in Program mode, you need to first mount a Pentax-A lens. With a Pentax-A lens mounted, you rotate the aperture on the lens to ‘A’ and the camera then switches to Pragram mode and chooses both aperture and shutter for you (at least I think that’s the case, I haven’t got one to try). With a Pentax-M lens it will only work in fully manual mode. Finding this out, I was a little bit disappointed to start with – not that much of course, I’d only spent £5 – but I didn’t want to be buying another lens just for point and shoot kicks, so decided just to shoot it manually. It then sat on the shelf for a week or so before I finally decided to take it out. I’d got half a roll of P3200 in the MX (I still have) and wanted to shoot a recently acquired Pentax-M 135mm f/3.5 lens whilst out for a walk with Hannah. I’m not averse to shooting P3200 in daylight, but having recently shot and loved a roll of Ilford Ortho fancied something less grainy and a little more natively contrasty. So I mounted the 135 to the Pentax P30 and went to raid the fridge for a roll of JCH Streetpan 400. I haven’t shot this film much, and hadn’t shot either the lens or camera before at all so it struck me as being a combination I might get some novelty kicks out of, even if I did have to put a bit of thought into exposure.

As soon as I started using the Pentax P30 I realised that despite it not doing exactly what I wanted it to to begin with, I was still onto a little bit of a winner. The position of the shutter dial on the P30 makes for quicker and easier changes to the shutter speed than the MX. And even the light meter readout is slightly more helpful than that in the MX. The Pentax P30 meter readout is displayed up the entire left hand side of the finder and is the type that shows you both the shutter speed you’ve chosen and the one it thinks you need to choose. Whilst I really like the meter in the MX, I find the sort of information the P30 gives really easy to interpret to achieve the exact exposure I would like.

Unfortunately, it doesn’t have the aperture displayed in the viewfinder in the same way as the MX does. And though the viewfinder is actually very nice, I don’t think it’s up with with the quality and size of the MX. That said, I don’t think it’s not that far off as I didn’t have that much of an issue focusing even with a 135mm lens. Though, I should also add here that I think that I’m getting back to grips with SLR focusing now (at last). 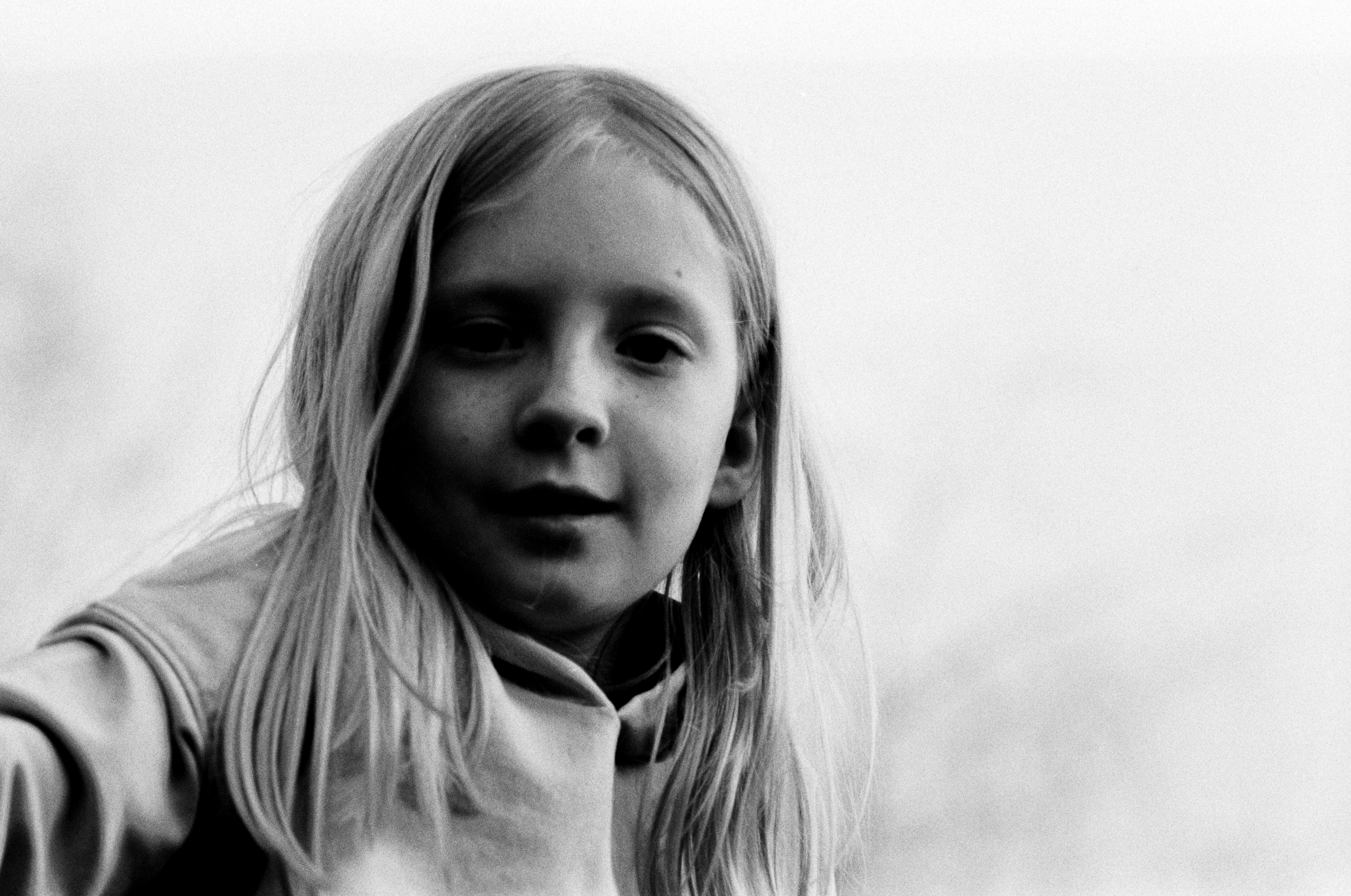 Another “con” when comparing the Pentax P30 to the MX is the battery reliance. I’m not adverse to battery reliant cameras actually, but if there’s one thing I love about the MX it’s the fact that it feels like it works perfectly with or without batteries. The P30 doesn’t do anything without batteries in as the shutter is electronically controlled. Is this a problem in real terms? Probably not I’ve had very few cameras run out of battery on me when I’m out shooting, and in a camera that I’d originally intended to use as a point & shoot, I cant really quibble with its battery reliance… but, and this is probably the caveat emptor when looking at these cameras, when the electronics fail – and they will – it’s quite likely to be game over for the camera.

So anyway, what about the photos? Well, to kick off, I’m not sure I loaded the Pentax P30 right. It has a rubbery take up spool which the film is supposed to stick to. This appears to not have worked very well for the first few frames as I had a bit of overlap that resulted in some pretty cool multiple exposures. Cool as they are though, I wouldn’t want that happening every time I used the camera. 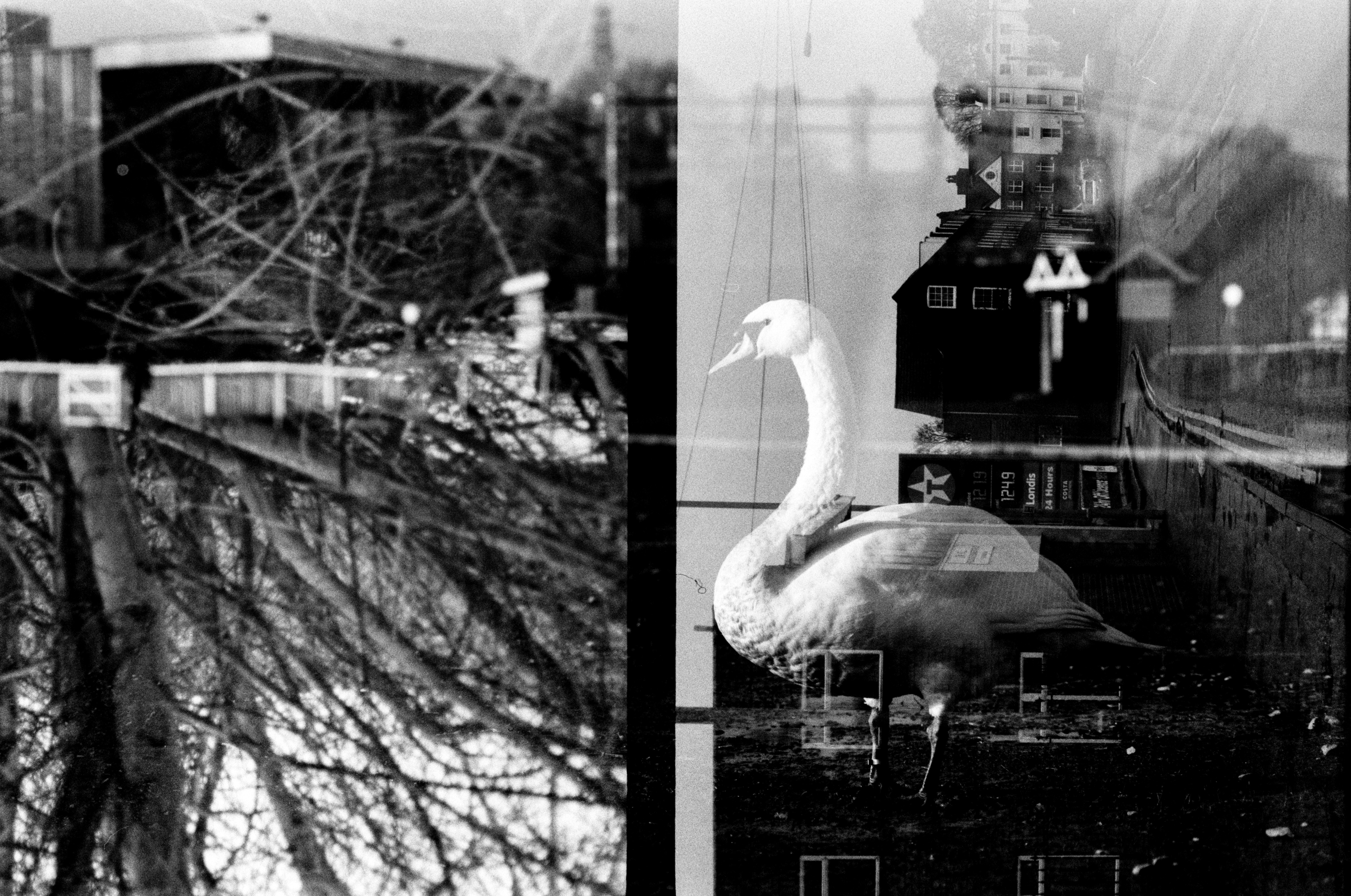 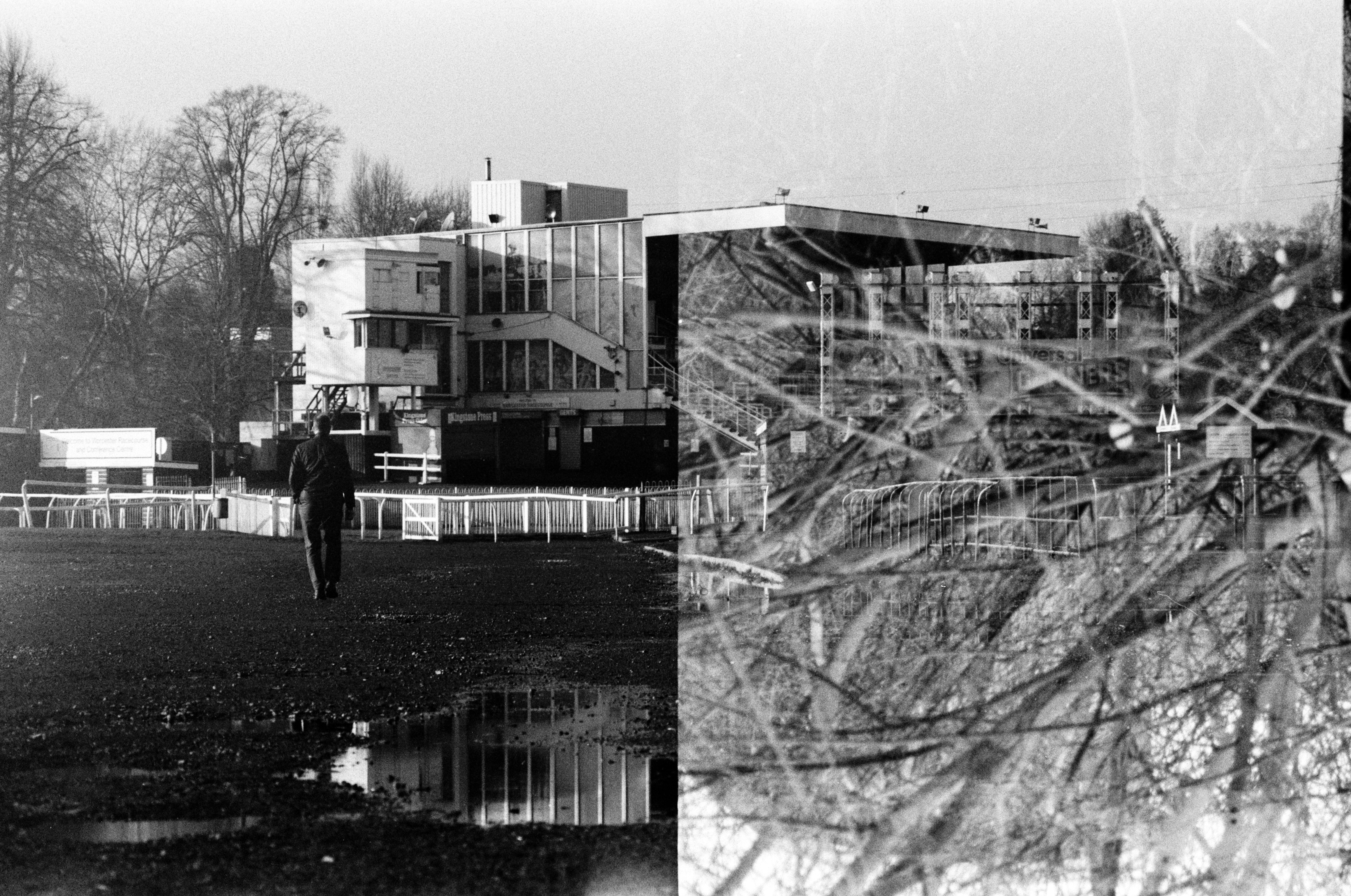 From there on out though, it did a great job. The Pentax P30 reads the DX code off the film canister and has no exposure compensation or manual override so the roll of Streetpan was shot at box speed. My previous experiences of Streetpan tell me that the key to good results is fairly accurate exposure, and then to have it developed by someone who knows what they’re doing with it. Some of the labs don’t follow the guidance which often seems to result in rumours that you need to overexpose this film.

This isn’t the case, it just needs to be exposed and developed properly. The results are definitely toward the more contrasty end of the spectrum, but the look to the images here is exactly what I had in mind when I was shooting. 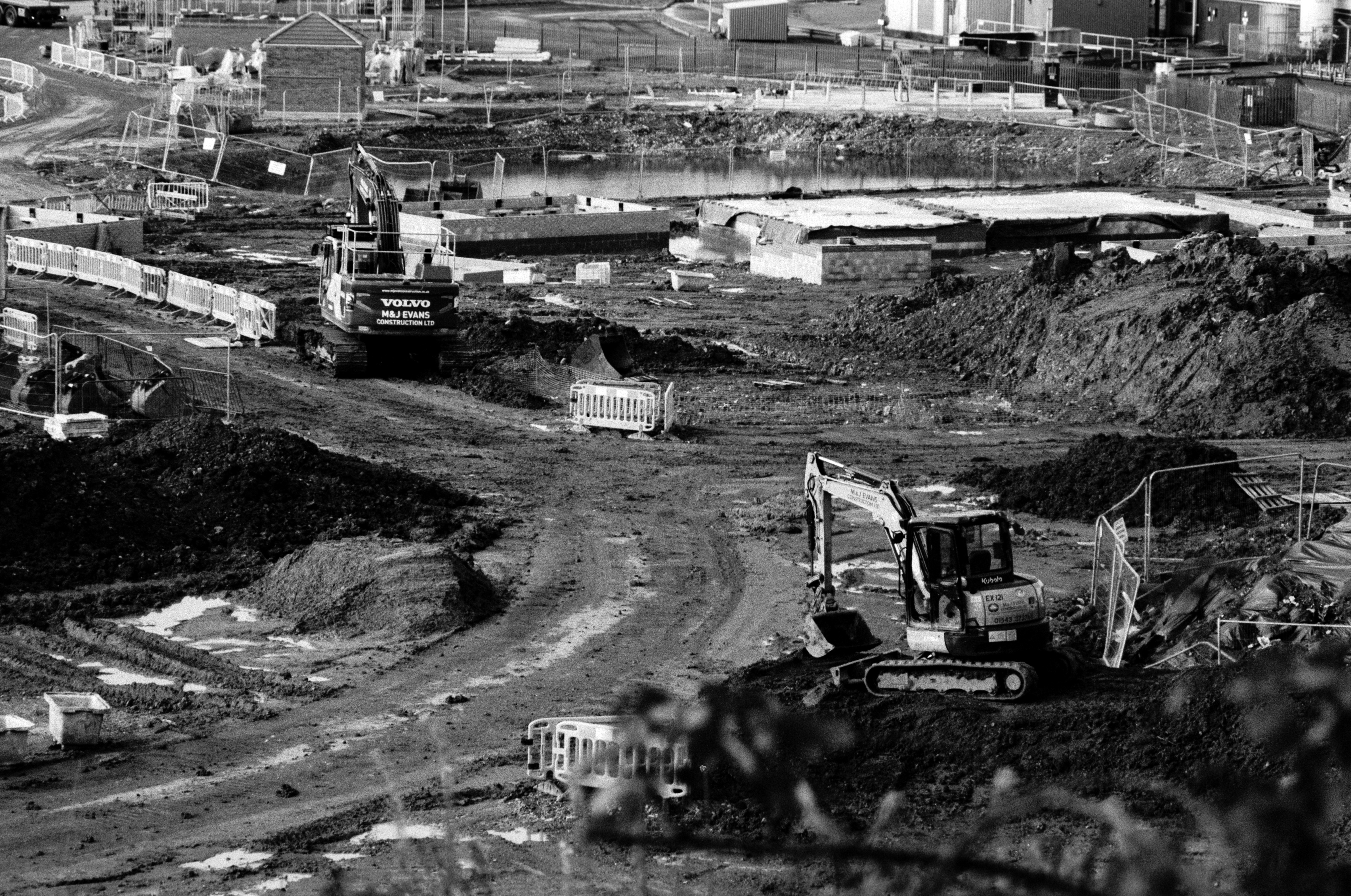 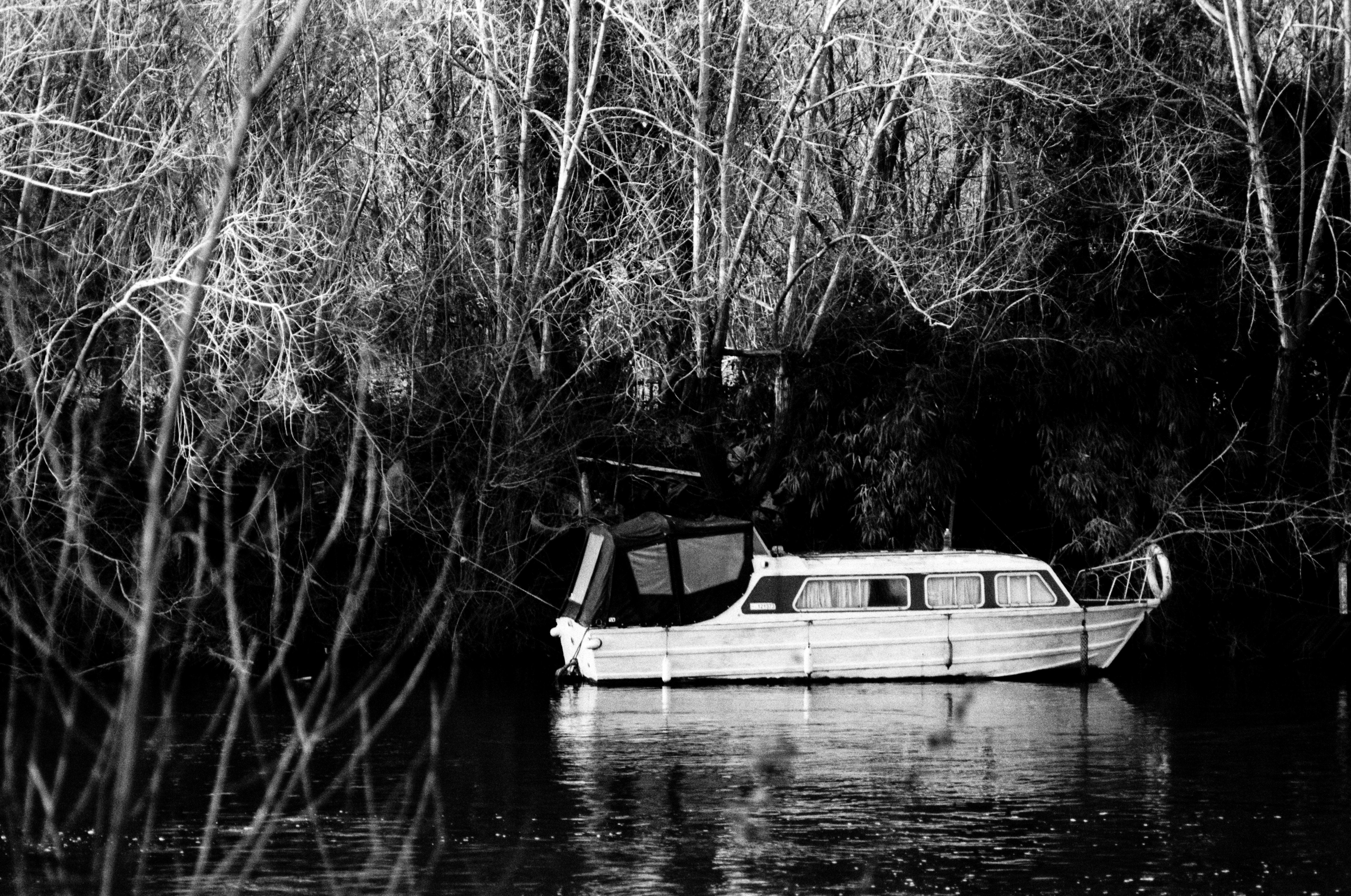 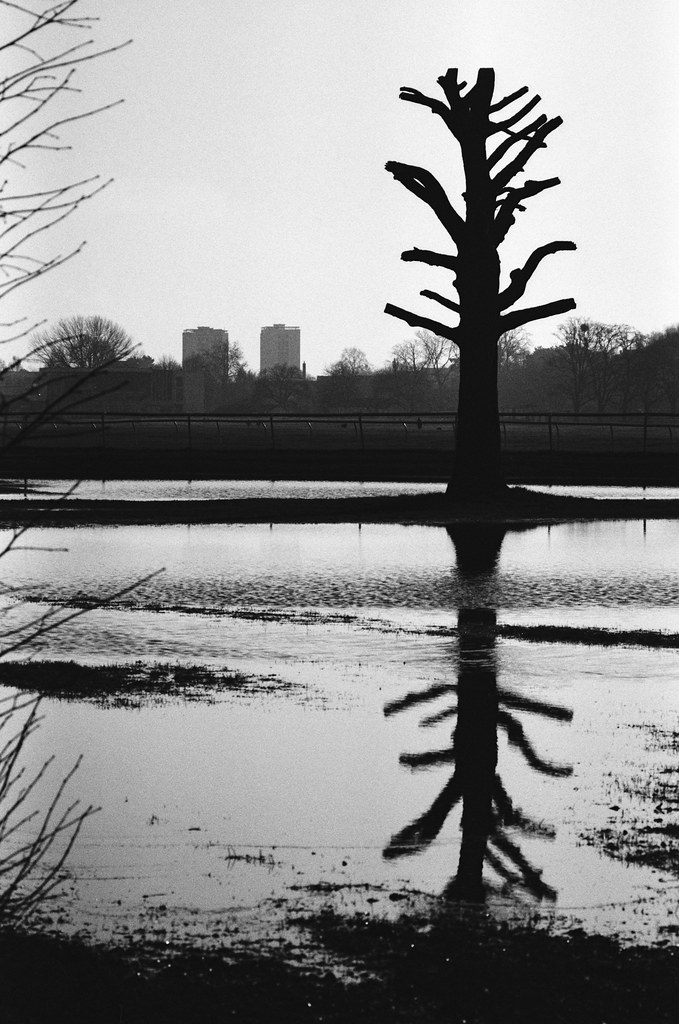 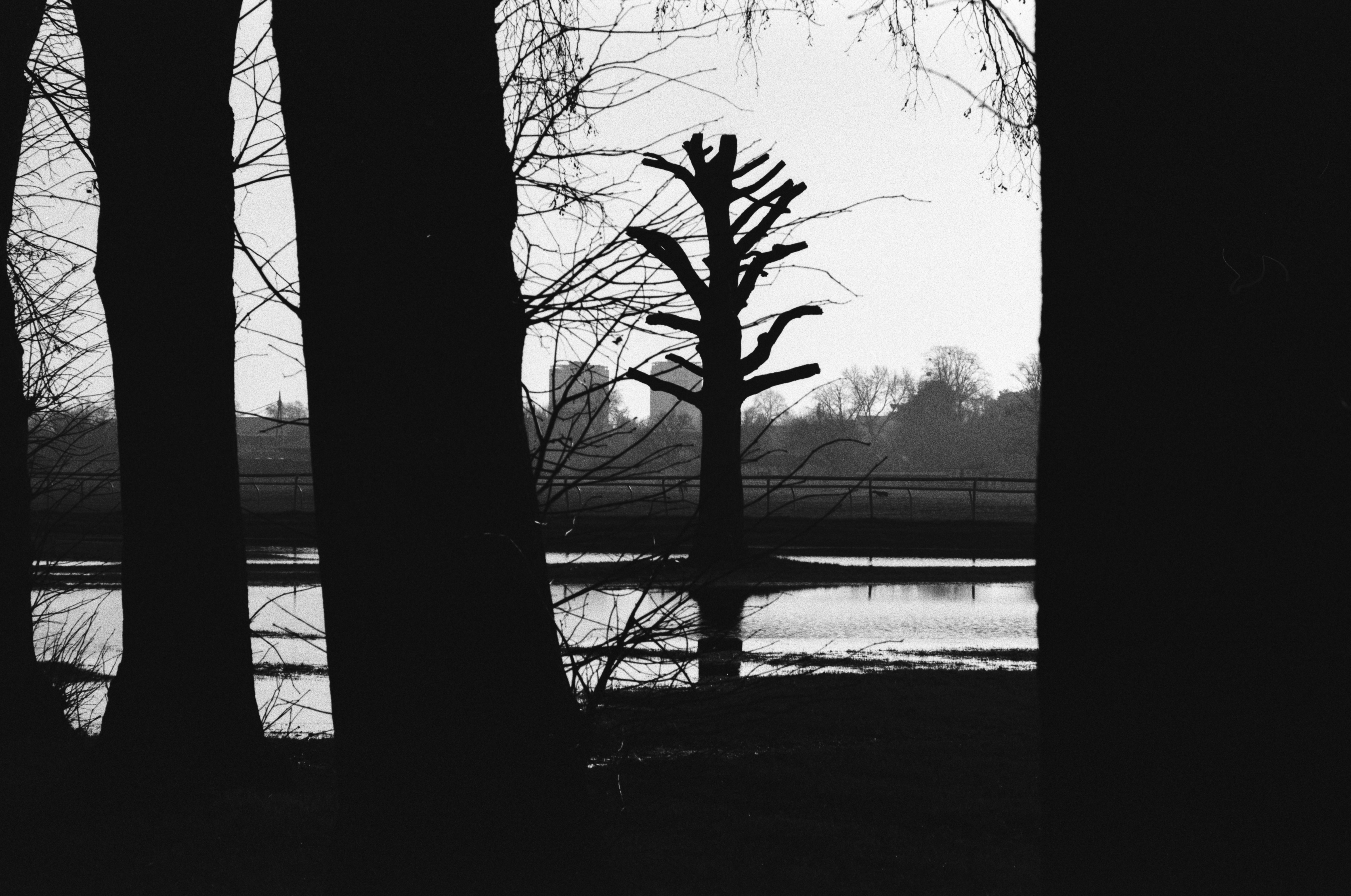 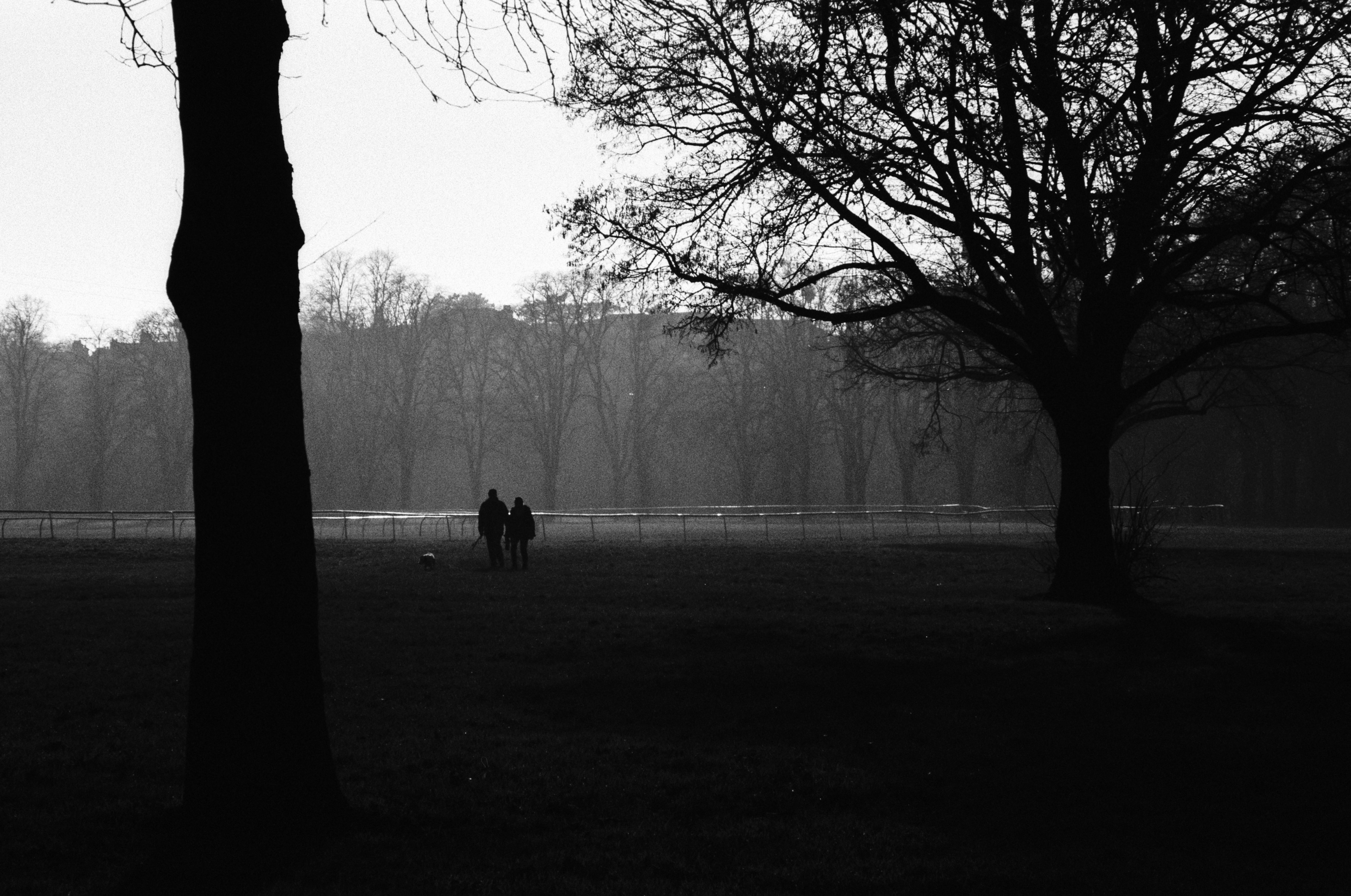 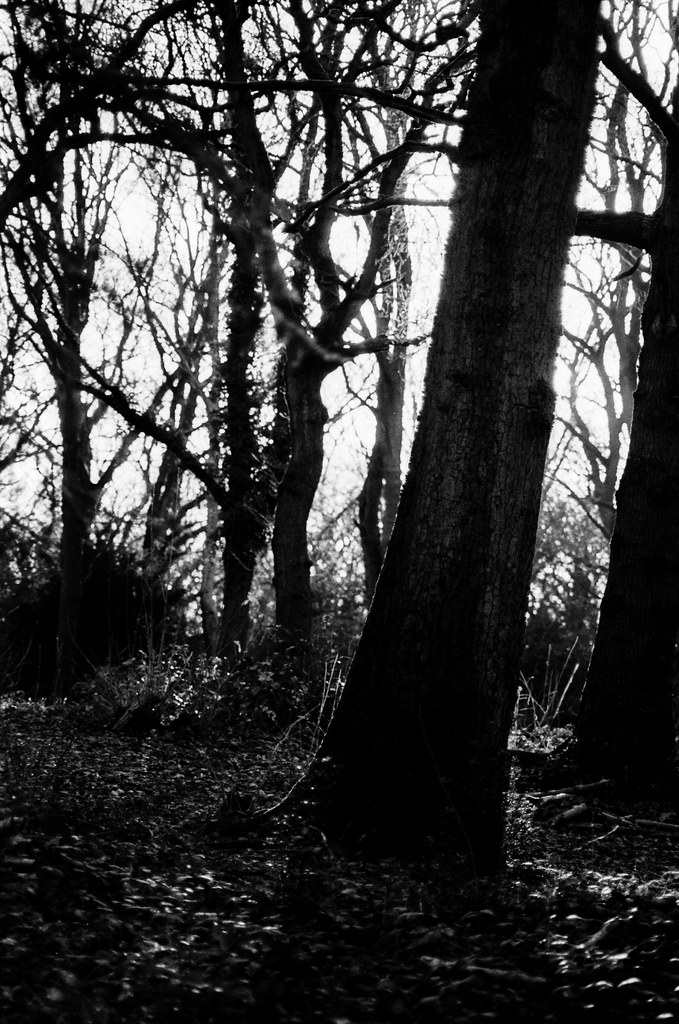 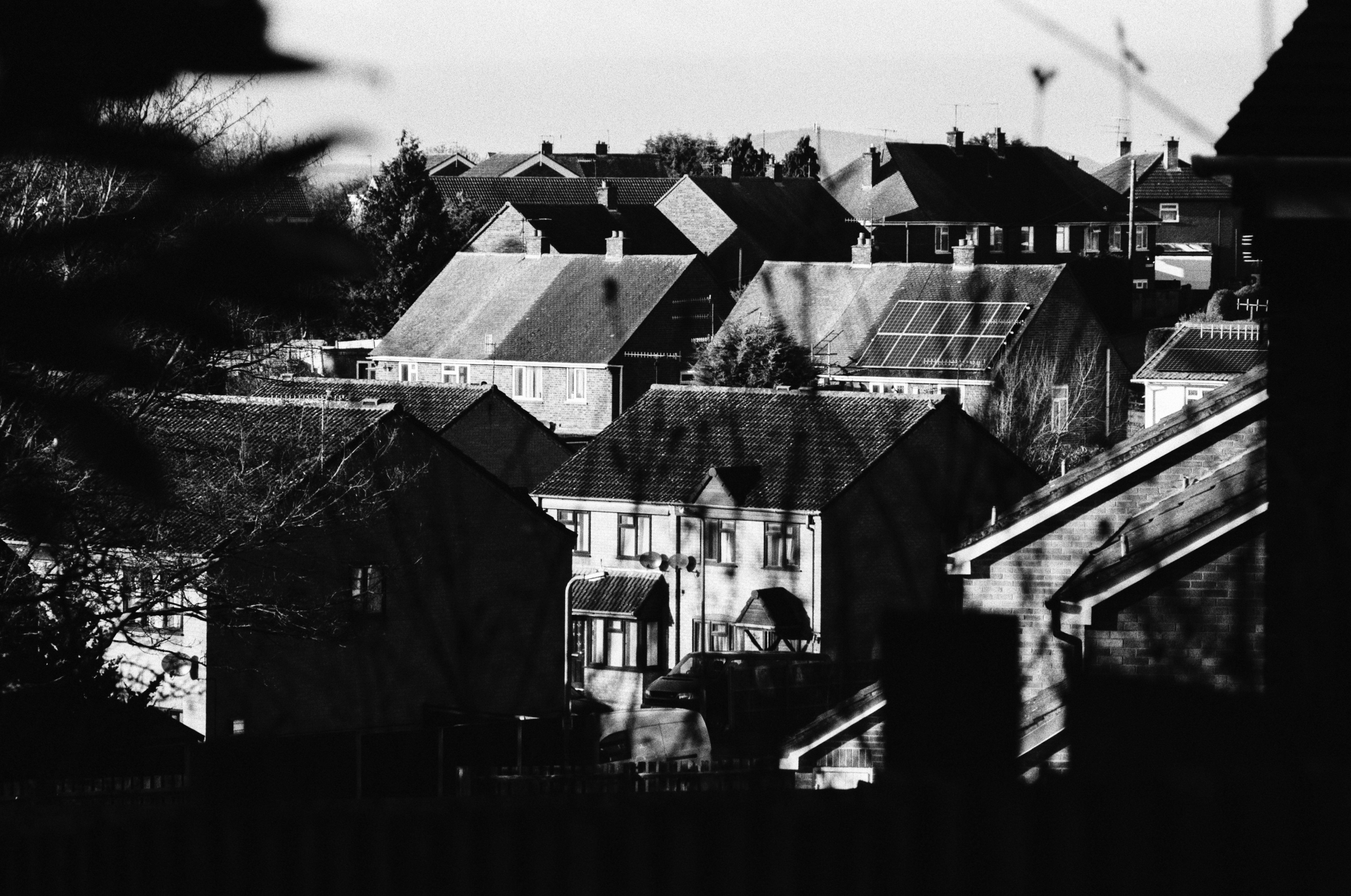 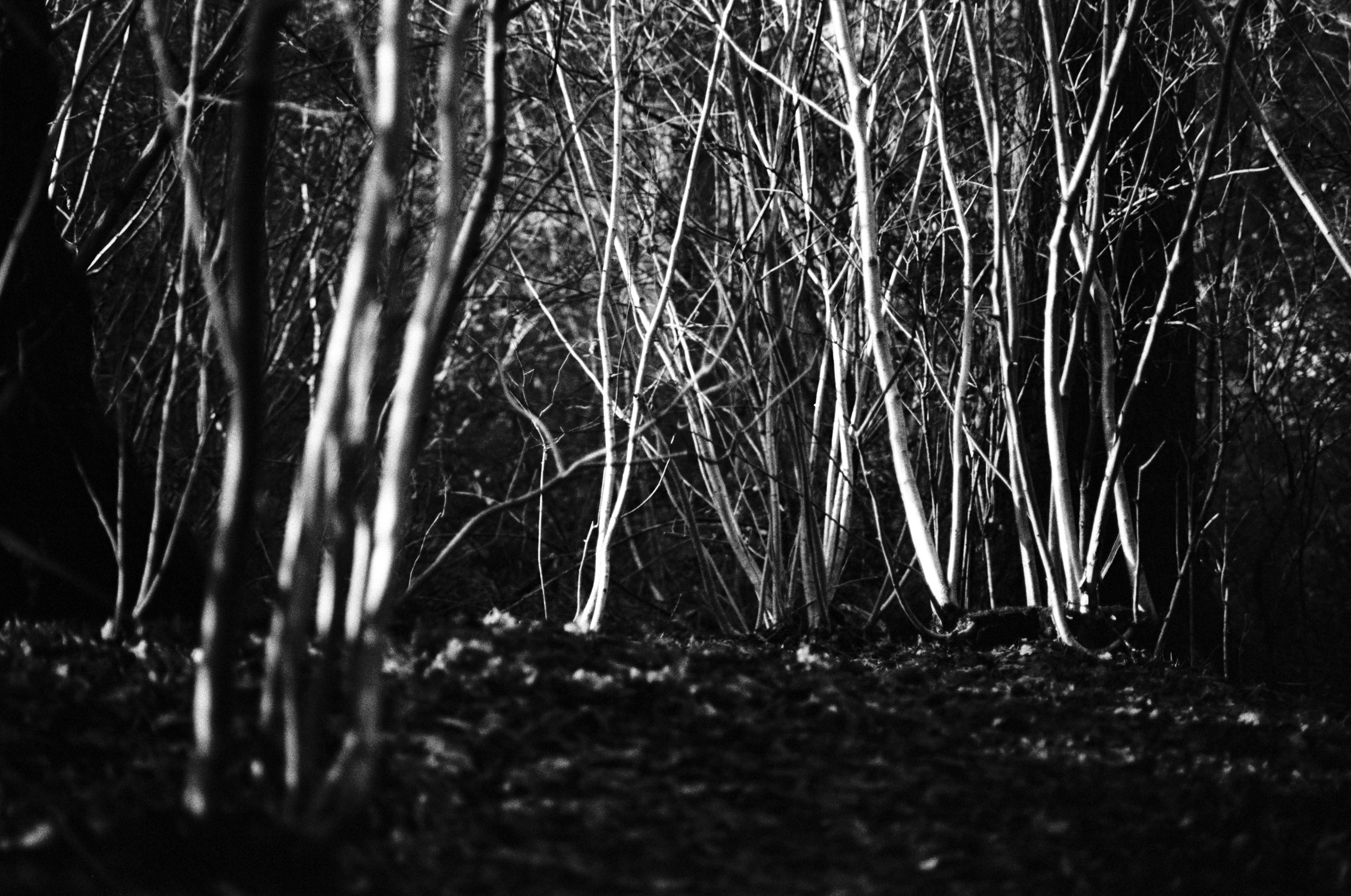 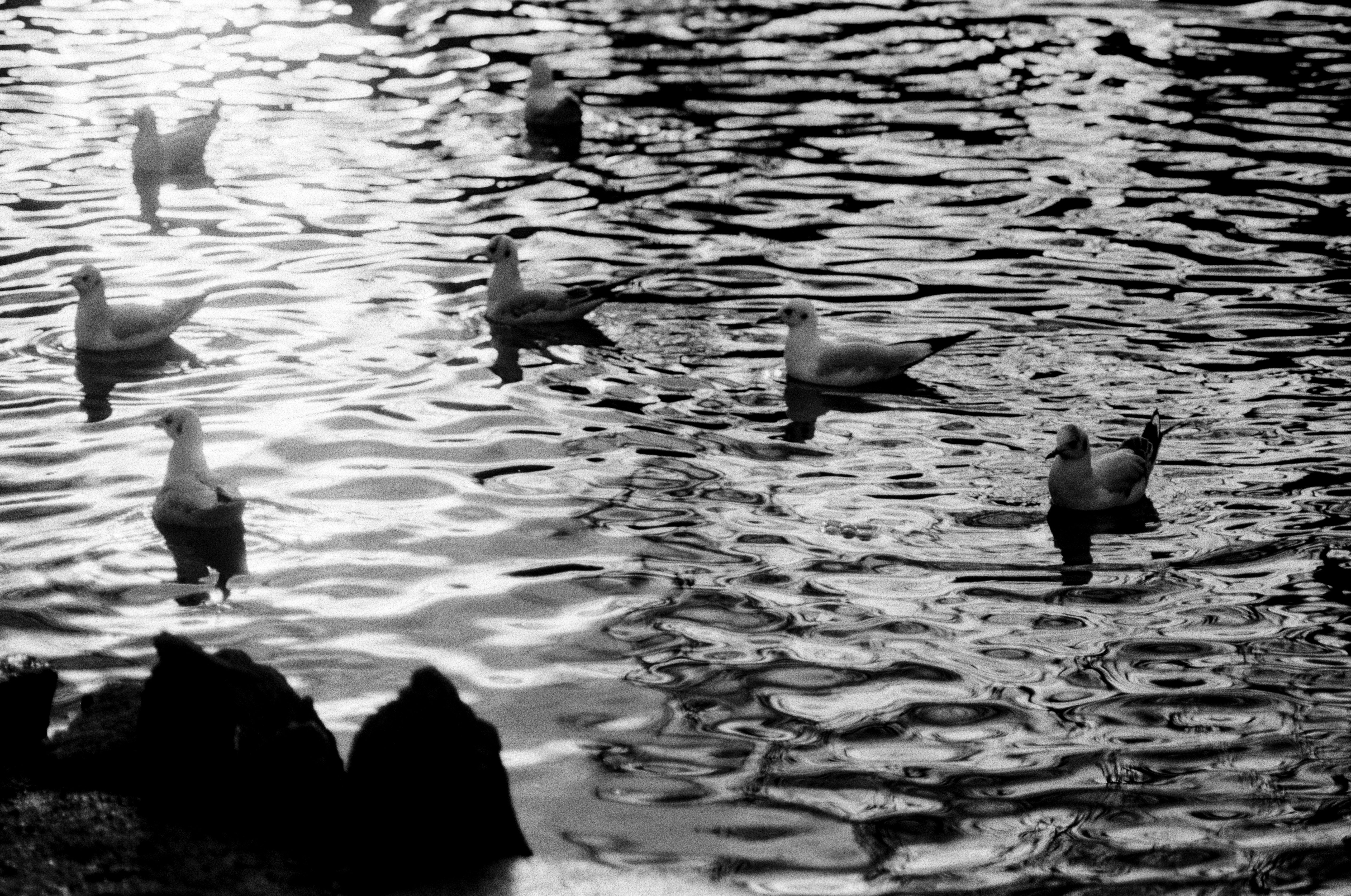 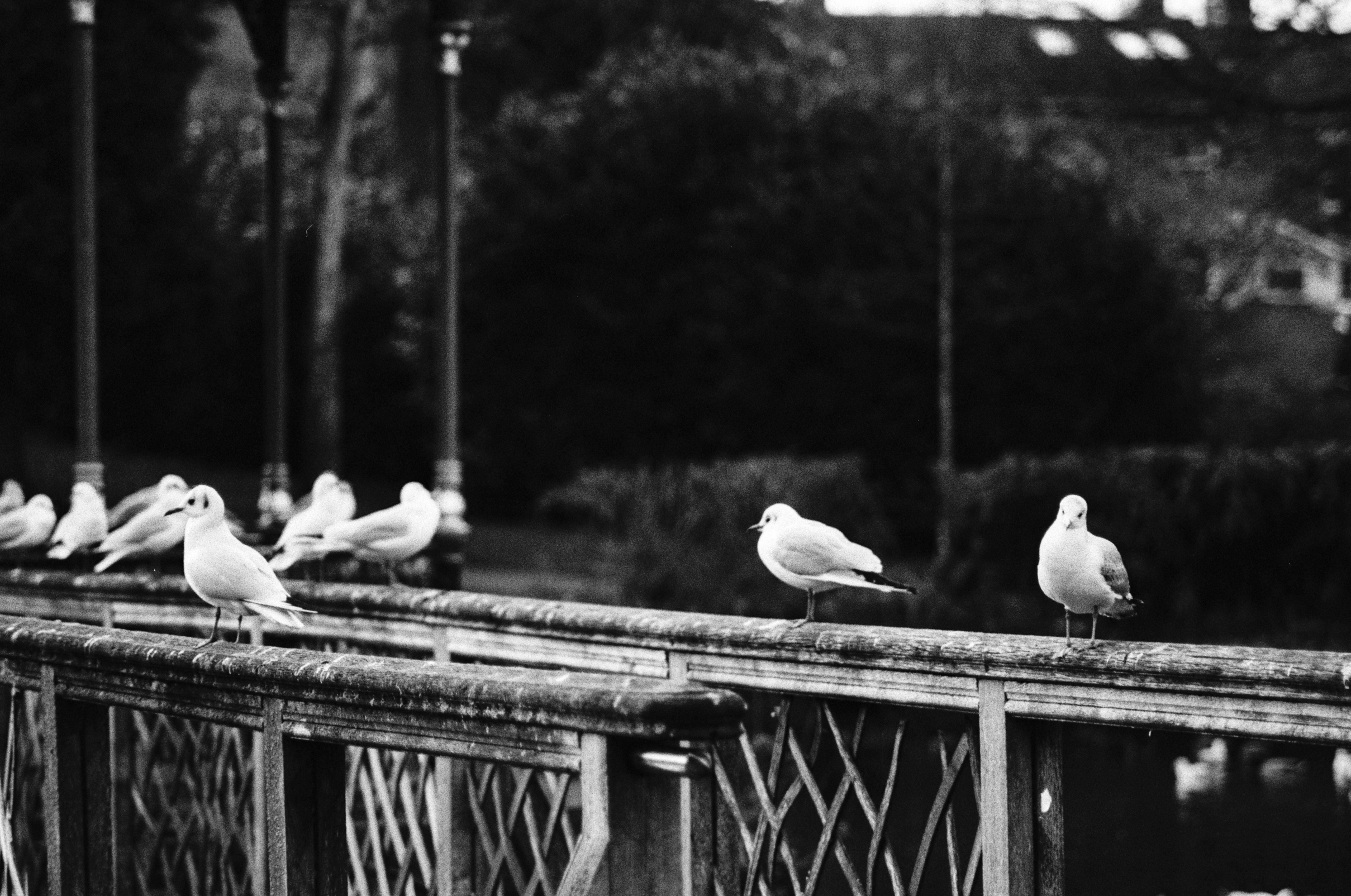 I’m not entierly sure what to do about the overlapping frames issue – these cameras apparently have a skipping frame issue, but I don’t think that’s what’s going on here. If anyone has any insight, please feeel free to share, though I suspect I just didn’t load it properly…?

That aside, for such a low cost camera, despite it’s limitations – and it not offering me what I thought it advertised to me – I genuinly enjoyed shooting Pentax P30. It’s always nice to be reminded how cheap film thrills can be!

Probably more than anything I could say about the camera though, I’m especially chuffed with the 135mm lens so far too… but more on that another time I think… Zenit-E: A Love Letter To The Unloved – By Dan Fernandez