A good camera is a good camera, right? That’s how it should be. Of course, in the world of digital cameras where the image making technology is built into the camera, how long ago the camera was made will have an impact on the potential photographic outcome. Newer digital cameras take better photos – at least that’s the line we are sold by the manufacturers. It’s true too, objectively speaking – but with a good few caveats, that idea can, and is increasingly being challenged. Photographers, it seems, are increasingly turning to the vintage digital camera!

For a long while, each new generation of digital cameras was defined by the pixel-count race. That’s not to mention the race for more dynamic range, higher ISO/lower noise output and better colour accuracy. And then there’s the race for faster autofocus, greater functionality, increased customisation options, etc.

I’ve been vocally critical of a lot of these “advances” for a long time. But you won’t hear me making any sort of strong argument that ultimately they don’t help take objectively “better” photos, easier. The fact is, bang up to date technology is good for photography – at least that is if you measure what’s good by the merits by which we are sold cameras. 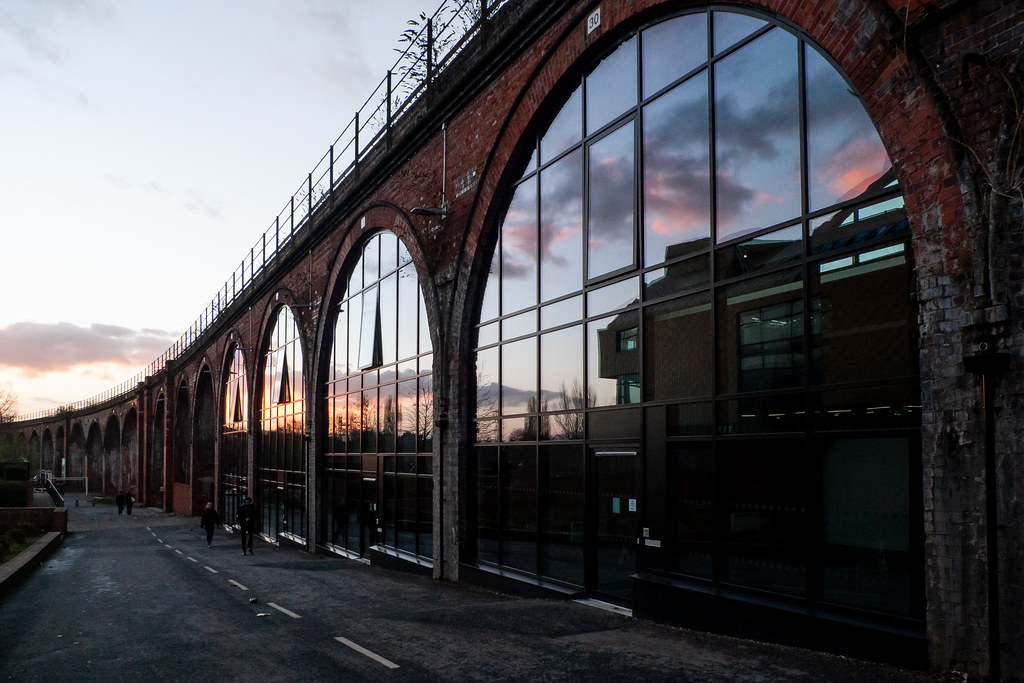 Taken with the Panasonic LX-3. Referred to by the marketing person at the landlord of The Arches as “the best picture of them that I have seen”. Also the fist image I have had on flickr explore for a long time. Both fairly thin measures of quality, but not bad for a decade old camera…

Of course, what’s objectively good for photography might not be good for the individual photographer. Over the last few years, the price of digital cameras has gone up quite dramatically. The rise of the smartphone camera has put tremendous pressure on the digital camera marketplace. It’s squeezed all the big brands out of the entry-level market, forced them to concentrate on high spec, all-singing all-dancing cameras which has pushed the price consistently upward.

Cameras have become increasingly complex too. I’ve frequently moaned about the overpopulation of buttons and menu items on more modern kit. For some this means they can perfectly customise camera to their individual needs. For others, it means cameras that feel overwhelming and somehow unsatisfying to use.

I’d pin both of these factors as playing a part in the increase in popularity of film photography. There are other factors too – not least fashion – but the idea that film photography could be quite cheap and the fact that the cameras were comparatively simple was certainly what drove me more heavily in the direction of film in 2013. Back then I bought a Yashica T5 for £30, I could buy rolls of colour film from Poundland for £2 each and could even have them developed and scanned for a further £2. Yes there were expensive film cameras, but expensive meant £200 for a Contax T2 or £350 for a Leica M3. Charity shops had piles of boxes of film cameras you could dig through too. This made film photography feel more accessible. And because it was accessible, it felt less serious. It felt more fun.

Don’t get me wrong, I still really enjoy shooting film. I’m also not going to get on my soapbox about the cost of film cameras or the film they take. The cost of the cameras has been caused by the increase in the popularity of the medium – and that’s no bad thing. More people shooting film means it’s more likely to continue to be supported by the industry, and that’s something we should celebrate. I also don’t think judging the cost of film solely by measuring it against it’s all time low (2012/13) is particularly sound thinking. But it’s hard to get away from the fact that for me – and many others – these added costs have taken something of the fun out of an certain approach to film photography. 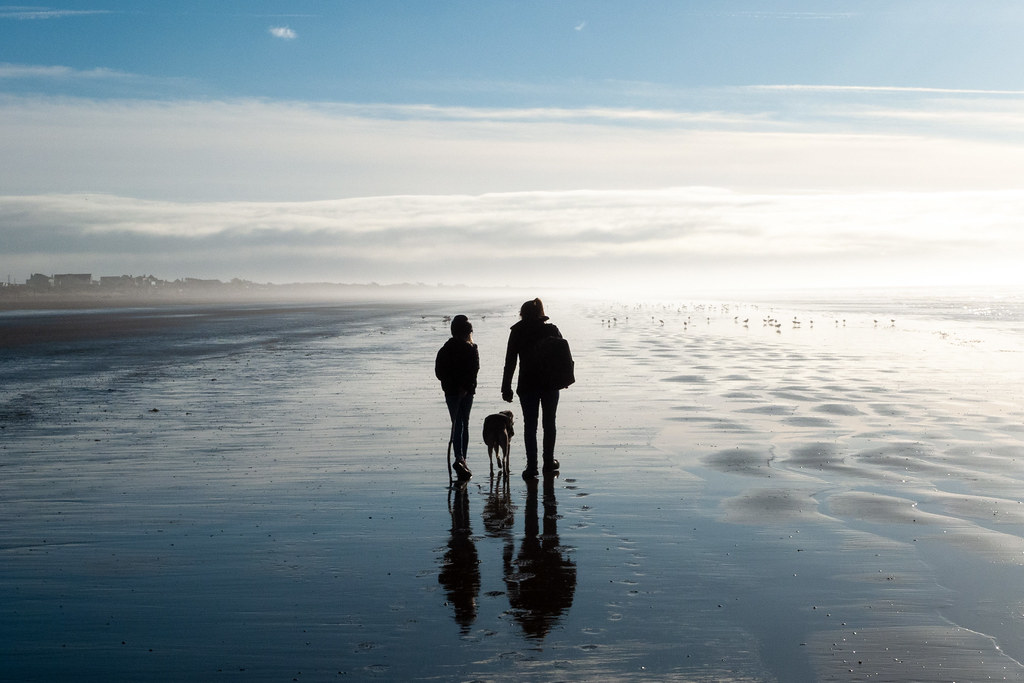 Taken with my Panasonic LX-3 – the lack of dynamic ranges adds to the image, rather than detracts – in my opinion at least

And all this is where vintage digital cameras come in. Of course, it’s probably a little bit silly calling them “vintage” when the massive majority of the kit I’m talking about was made within the last 15-20 years, and is therefore a lot newer than most of the other kit that is more often talked about on this website. But the reality is, any digital camera over 5-10 years old is largely regarded as old technology. But that doesn’t mean that it’s not still good.

In fact, if you combine a yearning for less complicated cameras with cameras that can be had for not much money. Actually, older digital cameras are increasingly becoming a more obvious proposition. Now, it won’t be a surprise to many readers of this website that I’m saying this. I’ve been talking about shooting older digital kit for a long time. I’ve also been welcoming content about other people’s experiences with such kit on to this website for a long while too – scroll back through the digital camera reviews and you will see a lot more old cameras than new ones. What’s interesting though, is that it feels like it’s becoming a growing interest for more and more photographers.

This became very apparent to me when I showed off some pictures of a recently acquired Panasonic LX-3 on social media a week or so back. I share pictures of cameras all the time, but these pictures really started a lot of conversations. In fact, not only did I get public and private messages from swathes of people telling me I’d encouraged them to dig out their old Panasonic LX-3, but other similar cameras were dug out by people too. What was even more interesting, was that a whole number of people got in touch to say that my posts had them seek out a Panasonic LX-3 for themselves. And what was their motivation? Well, unsurprisingly the same themes cropped up time and time again. These old digitals are cheap, and are often a lot better value than similarly priced film cameras. They’re also less complex and therefore more simple to use than modern digitals. Digital photography has been around long enough for us to get nostalgic about older gear too – a number of people I spoke to almost wistfully recalled getting a lot of enjoyment out of their older, simpler digital. And finally, despite being old, they still take great photos given the right circumstances. 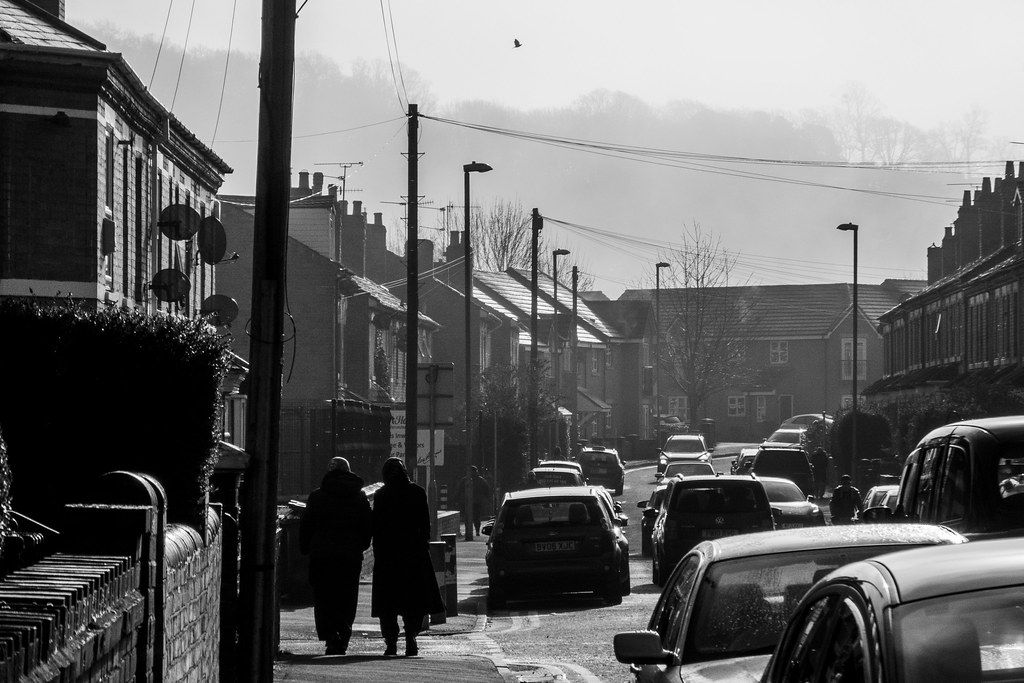 Taken with my Nikon 7100 at the longe end of the zoom ~200mm equivalent. This camera cost me £70 and offers an abundance of manual controls, a flappy screen and an optical viewfinder.

Of course, as I said in my opening paragraph, there are caveats. Low light performance might not be as good, autofocus not as fast, colour accuracy not as perfect to real life as modern digitals are. But, if these sorts of limitations sound familiar, it’s because they are some of the same limitations those of us who shoot film are used to anyway. And just like in film photography, or indeed when shooting older more characterful lenses, sometimes the limitations have a positive impact on the results anyway!

So what’s next, are we about to see a decrease in the popularity of film? Is the vintage digital going to become the emperor’s new shoes? No, I don’t think so. What I think we are seeing is just a bit growth in another alternative way to approach photography. Be it cost motivated, through a search for a more simple approach to photography, through nostalgia, the qualities of the results, or just through a desire for photography to be a little more fun, older digital cameras can have a lot to offer.

Please do let me know if you are are enjoying a vintage digital camera – I would love to feature your experiences on the website.