I started down this road with the hope of finding a classic 50mm Sonnar lens that somehow shone out in awesomeness above and beyond any other classic 50mm Sonnar lenses that I might be able to lay my hands on. Now I’ve had time to reflect on the thought process I realise this is quite an unlikely outcome. I’ve chosen such a niche of lenses, that all I’m really intending to compare is oranges with, well, oranges.

All the lenses I have so far thought to look at were made somewhere between the end of the Second World War, and possibly the late 60’s. they are all based on the same lens design and all have some level of coating. This isn’t to say that I’ve ruled out an older uncoated lens, just that I feel more inclined to believe that something post war and coated will probably find more favour with me and my tastes.

As such, the image quality differences between lenses I am going to be looking at are likely to be fairly minor, with subtle differences in things like wide open contrast, bokeh and possibly colour rendering being the most likely factors separating them… And even then, I’m not expecting huge differences. I mention this to help emphasise a conclusion that I’ve recently come to. That being, the idea that comparing the two very similar lenses you can see at the top of this post is really only going to lead to one outcome.

In real terms, there are only a few subtle differences that separate these two lenses. Firstly, and quite key to this post, the Opton lens is mine, whereas the other one isn’t. Secondly, the Opton lens is labelled as such because it was made in Oberkochen. The other lens isn’t labelled Opton, therefore it was made in Stuttgart (or so I am lead to believe – I’ve not done the research myself). Finally, my one – the Opton – has more dust inside it than the other. Apart from these three factors, they are both 50mm f/1.5, coated, of the same optical design made by effectively the same company, in a similar era… right? Please do feel free correct me if I’m wrong about any of that… but I think I’m right enough to surmise that the outcome of testing them would be that I’d find very little between them… at least at this stage in this process.

But ok, to say that with any certainty surely it’s only really fair to have taken a load of test shots. I should then use these test shots as means of evidence to back up this idea that they are indeed very similar lenses. The issue is, when I’ve thought about doing this I’ve found myself disinclined at best, and at worst actually unable to do such tests justice.

For a start, in this particular case it feels like I’d not just be comparing oranges with oranges, but in effect comparing two oranges from the same tree, if not an adjacent tree in the same grove. It just feels like any protracted A/B testing would come down to little more than just that, testing… and by my own admission about a million times on this site, I’m not really into lens testing, I just want to take photos and like or dislike the results I get. But wait… if you zoom to 300% you can just see the dust patterns… … … It was at this point I realised how dull this sort of testing was going to be!

Additionally to this – thanks in part to my 2004 Audi A3 starting to show its age – I’m a little skint (a pulley just fell off the end of the alternator the other day, and that was just a week after it cost me a fair amount to get it through its MOT). This lack of money has meant that I am yet to be able to afford the Amedeo adapter to mount these Contax lenses on my M9 or M3/-A. And since the adapter I currently have only seems to focus accurately with my old buggered Contax Sonnar, I can’t actually reliably focus the lenses in question anyway. As such, it would be nigh on impossible to test the lenses accurately enough, even if I was inclined to do so.

I’m also a little bound by time constraints. At some point in the not too distant future, I need to return the non-Opton/clean lens to its owner (thanks again, Jeremy). So even if I could afford the adapter, and I was inclined to test them to the degree needed to tell them apart (if that would even be possible), if it then turned out that the cleaner lens was a tiny fraction “better” than the very similar copy I own, I wouldn’t be able to keep it, which would make the whole process moot, since it’s not even my classic Sonnar to discover as being “perfect”.

So where does all this leave me?

Well, primarily I’ve come to a fairly strong conclusion that finely testing and comparing lenses is not going to happen in the early stages in this process, and unless really necessary, probably won’t happen at all. I’m just not the sort of person to expend ridiculous levels of energy on making precise enough comparisons between lenses to determine if one lens with a bit of dust in it is any “worse” than the next basically exactly the same lens with just a little bit less dust in. In hindsight, I’m not really sure why I thought I might go down this road – it just doesn’t sound at all like something that would result in me enjoying myself, and there is really no point in walking this road if I’m going to find it dull and unrewarding to do so.

Secondly, if real world use is going to be the primary arbiter, I need to discover if I can actually tell the difference between the character one of these Zeiss lenses imparts on an image and the character imparted by something from a different manufacturer. I am hoping that by comparing more different lenses that I will get my eye in and start being able to see some of the finer traits of these different lenses. But if that doesn’t happen to the extent I’m hoping, I’m going to be looking to other deciding factors.

Thirdly, whilst I am still hoping that a large portion of my final choice of lens will come down to the various image qualities, actually, the other factors are still likely to play a big part. Factors like value, how nice the lens is to use and how well it is compatible with the camera/s I want to use it on that will sway me too. This final factor has been made particularly evident to be by the fact that I have a Contax adapter that works with one lens perfectly, but doesn’t work very well at all with two others. That’s a $269 problem fix just getting Contax mount lenses to work right. What if I then went on to decide it’s actually a Nikon mount lens that I prefer? That’s another $269 for an adapter… I can’t afford to go down that road, so I just need to be a bit more consciously measured in my approach to all this.

I imagine it’s pretty clear that I’ve now had time to stand back and reflect on this process a bit. My initial excitement about the idea of comparing loads of lovely Sonnar lenses was just initially dampened by financial restraints, but going through this has made me think a bit more about the direction I want to take overall. I’m not the sort of person to try and measure every finite difference between lenses, I have reminded myself of that fact by trying.

What I need to do next is look at a lens that’s not going to cost me anything, and is of a different manufacturer. Quite conveniently, the next lens I had intended to look at was my Jupiter-8, which fits both of these specifications. I need to determine not if the Jupiter-8 is any good, but first and foremost I need to see if I can see any real world differences between it and the Zeiss lenses I have so far been playing with. Hopefully this process will both iron out my concerns about not being able to tell any difference in the real world, but will also hopefully help me start to define the exact sorts of character traits I am hoping to find. Whilst most of the what I have done so far has been to reflect on this search, rather than actually make any real progress, I have taken a few photos with my Opton lens. These first images were taken with HP5+: 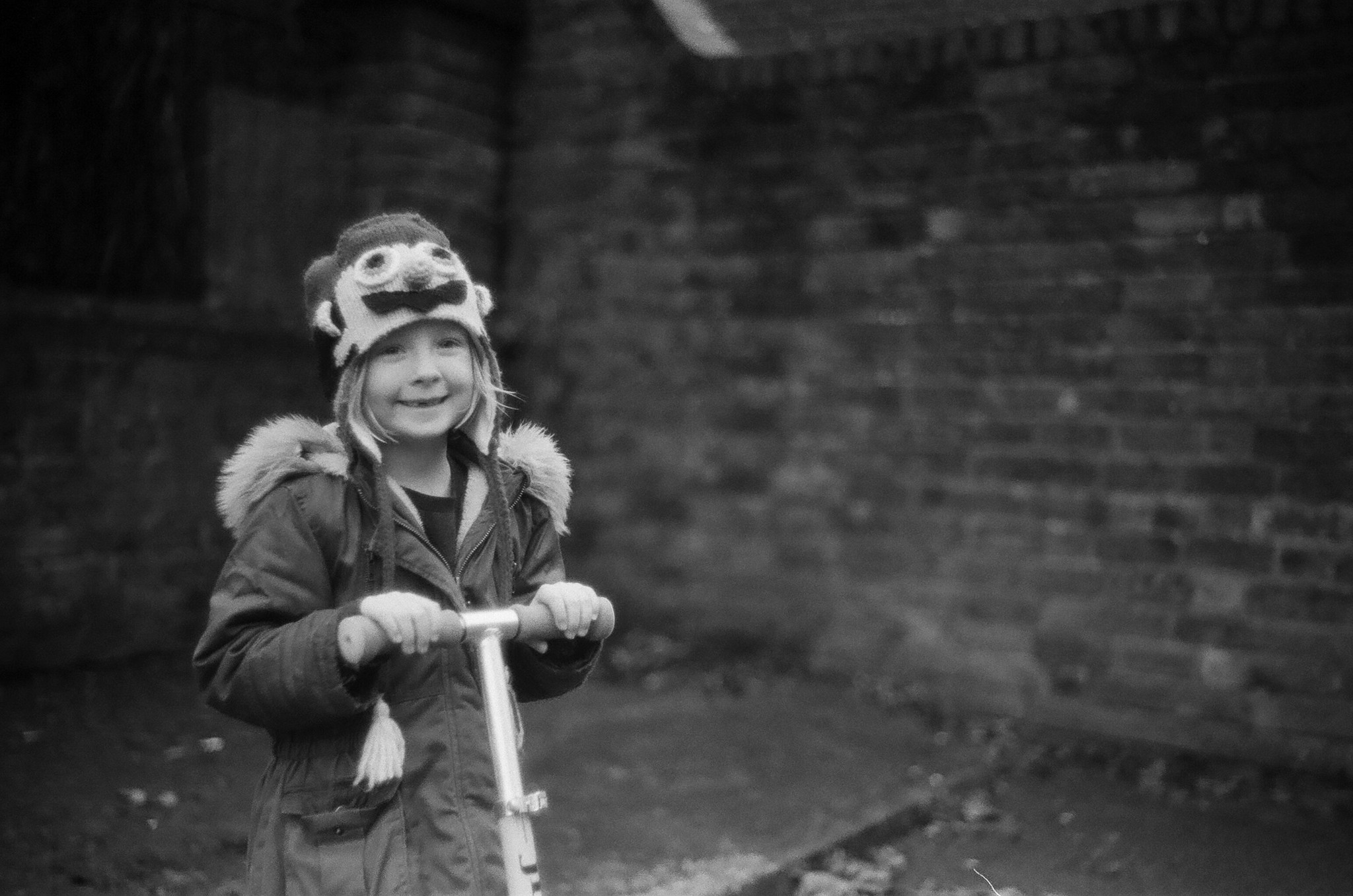 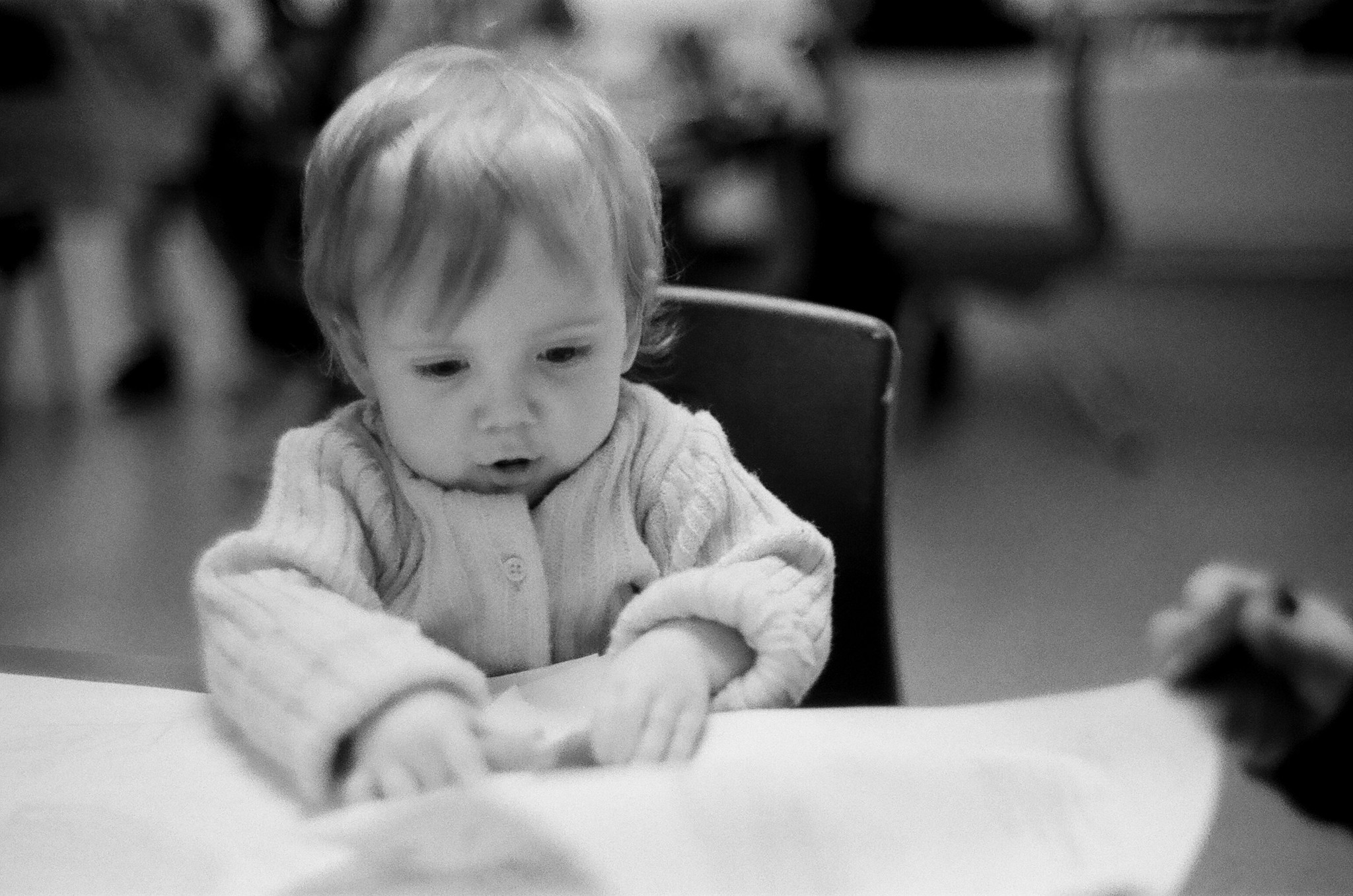 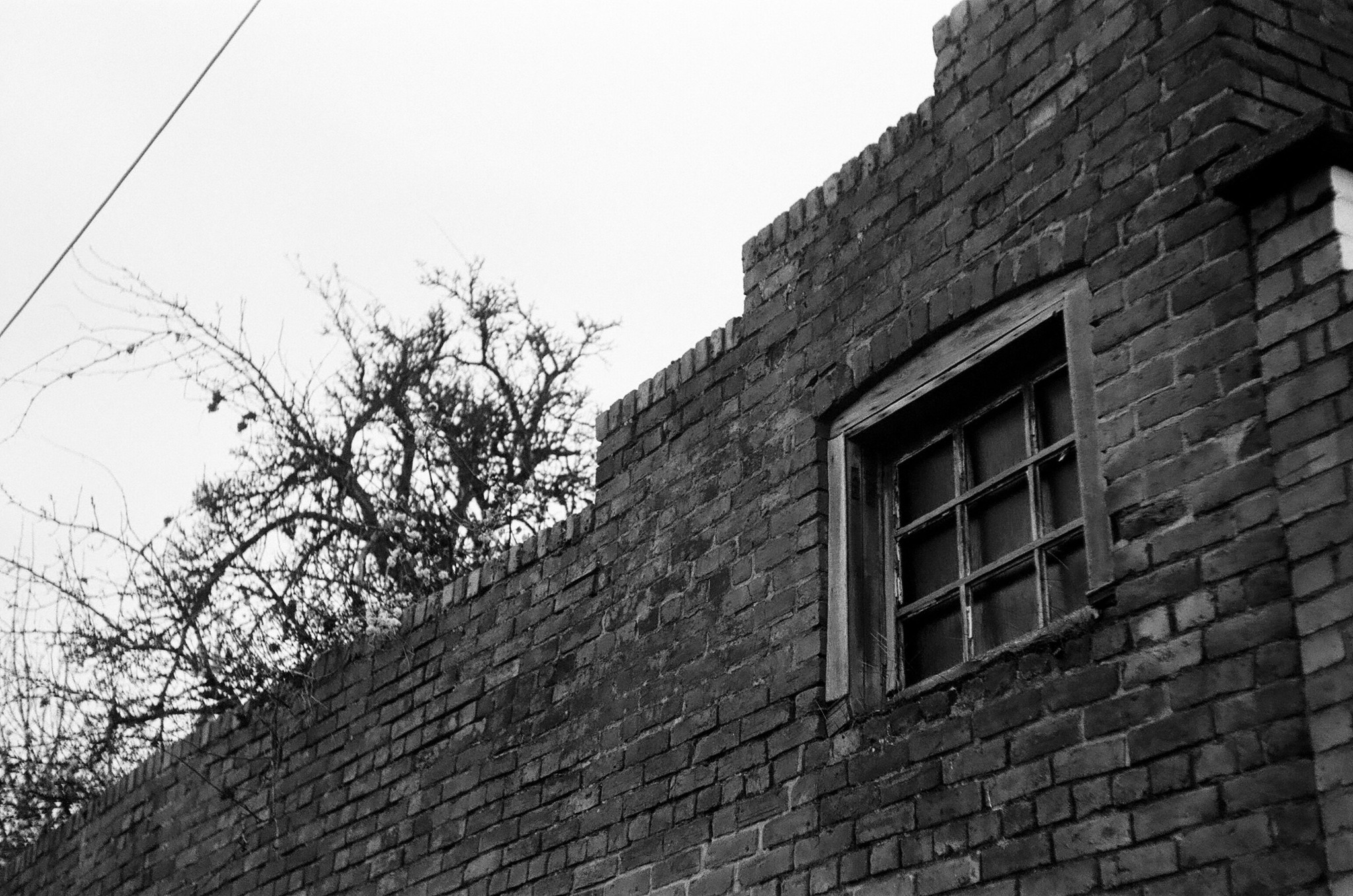 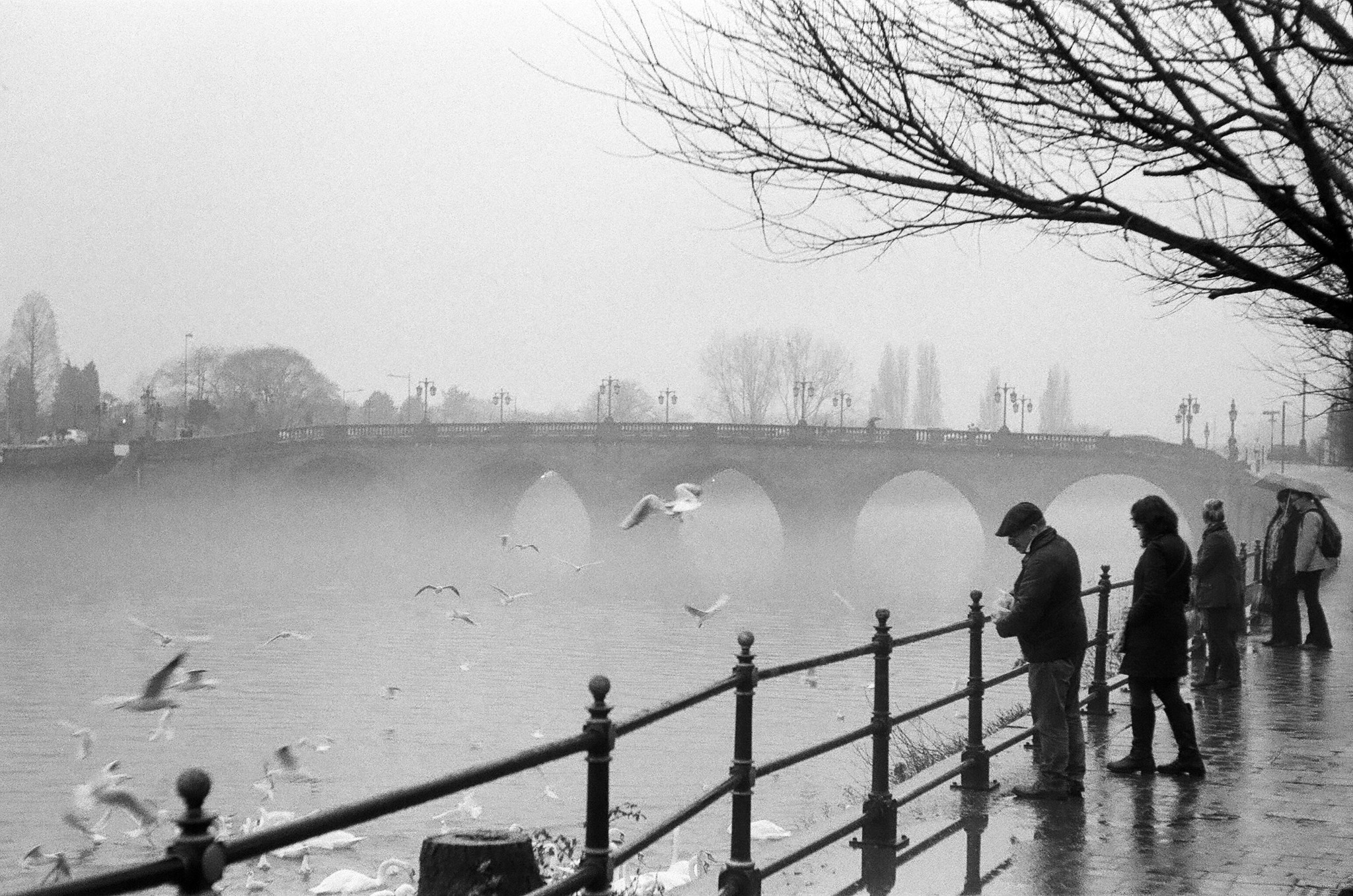 These next images were taken with the Leica M9 whilst I was still mulling over the idea of properly “testing” these lenses. The adapter I have doesn’t focus accurately close up when shooting wide open, but with the M9 it doesn’t matter too much, I can just snap until I get an in-focus shot. Less than ideal for doing precise comparisons, but ok for just getting a real work feel for the lens. This image shows the wide open drop in contrast, especially evident when shot toward light. Completely inconclusive of course, but these images at least give an idea of where I’m are at with the Zeiss lens, and actually give me a reasonably good starting point for what I now intend to become a fairly organic process of comparison with any other lenses I might go on to try from here on in. Roll of the Jupiter-8! Enjoying and Learning in the Darkroom – by Michael Scott There's a first time for everything... - by Joe Thomlinson