There’s two ways to look at the Canon MC. It’s either a more advanced equivalent of the likes of the Olympus XA with autofocus and auto-advance. Or it’s a clunky feeling, primitive autofocus camera with a noisy auto-advance and limited functionality. Both perspectives are 100% valid, but will most likely either result in the user finding a lot of love for this little camera, or not liking it at all!

That being said, having borrowed one to write this review, I couldn’t honestly tell you which side of that particular fence I sit. I must admit, it’s hard to deny that it has a certain charm, and I certainly managed to get some ok shots with its really nice lens, I’m just not sure I’d specifically choose it or recommend it given the level and type of functionality it has, especially at the price point they now go for.

The Canon MC was brought to market a full 5 years after the Olympus XA in 1984. To be honest, not being particularly up on my camera history, I have no idea if these two cameras competed on the market in their day, but in 2019 the XA has become a bit of a cult classic, with the MC not being as well known or as highly coveted. That being said, perhaps because it’s quite a lot less common than the XA, the Canon MC still commands similar cash on the used marketplace.

As I’ve alluded to, I can see why people would like it too. It’s really small for a start and as someone with an appreciation for 80s industrial design, it looks pretty cool too! Like the XA range, Lomo LC-A, Cosina CX2 etc; despite its small size, it also handles quite nicely.

Like all of these cameras it has a mechanism that opens and closes to protect the lens and viewfinder as well as turning the camera on and off. In fact, it’s probably most like the Olympus XA, with the front of the camera sliding sideways to reveal the lens and viewfinder. In the case of the Canon MC, the sliding door also reveals distance-triangulation sensors for the autofocus. I’m quite certain the Canon MC also took design cues from the likes of the XA series in terms of its flash, which comes as a separate unit that attaches to the side of the camera. As with the XA this has the advantage here is that the camera can be carried without the extra bulk if you don’t need, or like me, don’t ever shoot with a flash. If you don’t want the flash to fire, by not attaching it, there is zero chance that it will be accidentally triggered too!

The primary “advancement” in technology that the Canon MC has over a lot of similar sized cameras from this era is, of course, that it’s an autofocus compact. For some – like Simon who owns this camera – the AF is what makes it. For folks like Simon, manual focus is a deal breaker in little cameras like these where it can be fairly fiddly, and not particularly precise.

Unfortunately, the implementation of autofocus in the Canon MC is not particularly good. For a start, it’s from the early days of the technology, so isn’t exactly up to the standards of some later cameras in terms of its accuracy, speed or reliability. It also lacks the half-press-to-lock-AF-and-then-reframe functionality found on many later autofocus cameras. It’s not that it’s not possible to focus on of centre subject, it’s just a lot of faff. In fact, it’s a 3 step process that involves switching a switch on the top of the camera, fully pressing the shutter button, reframing and then fully pressing the shutter button again to shoot. However much of a faff this sounds in theory, I find it to be more of a faff in practice – it’s just too much of a process for it to feel like it can be spontaneously shot when the subject is off centre. With spontaneity being a key driver when it comes to the choice to use a point & shoot camera, this feels like quite a bit of a negative for the Canon MC! 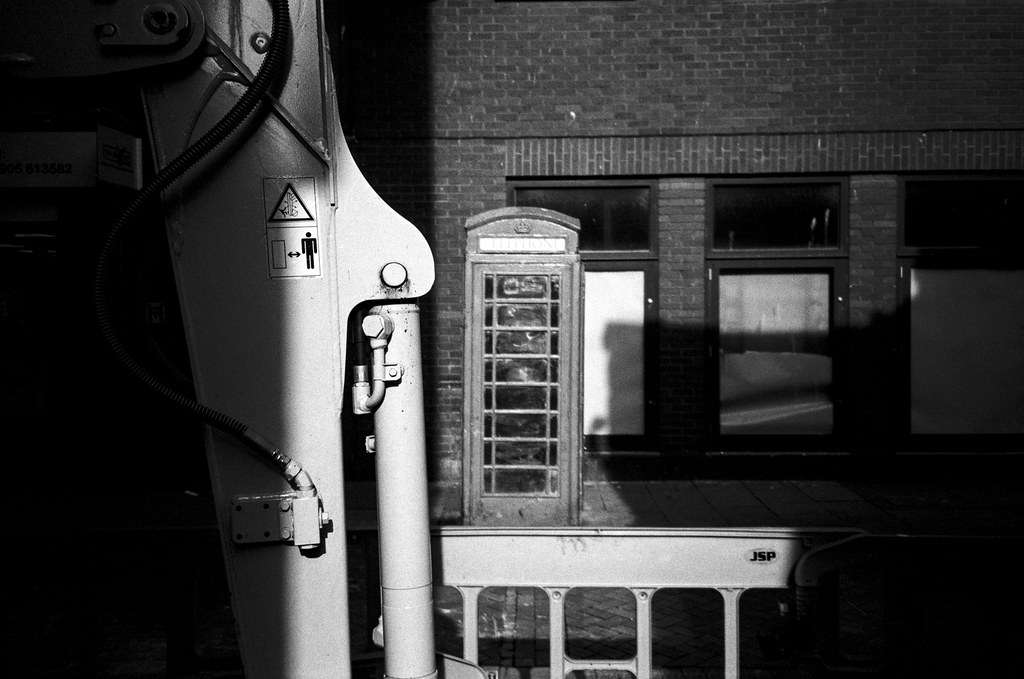 It is possibly to have the point of focus off centre 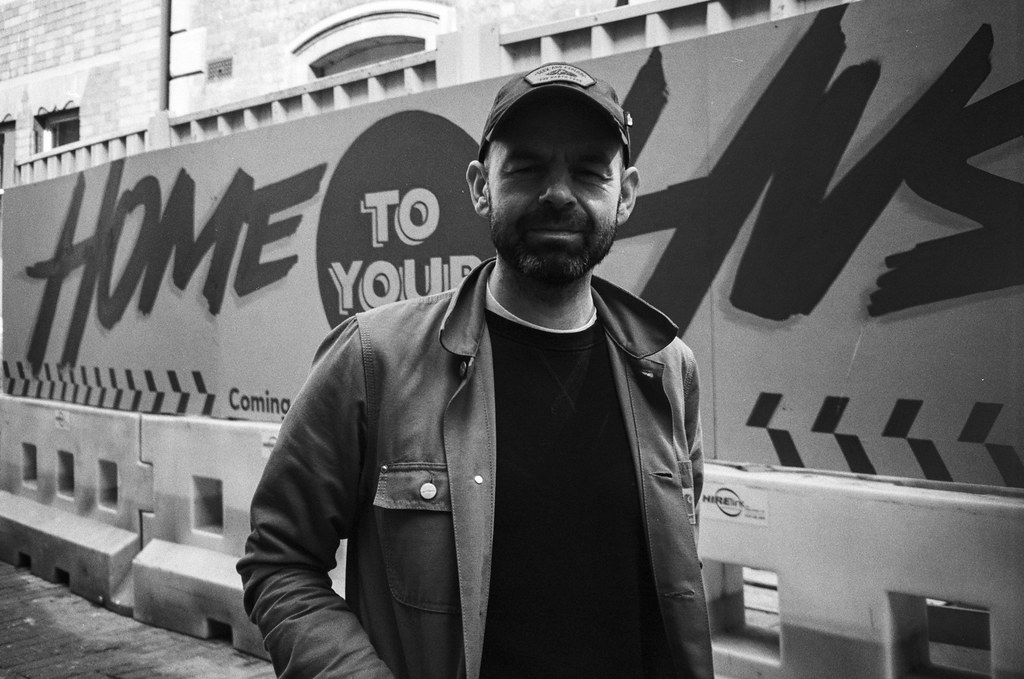 But its easier to just have the subject centre frame

I suppose I could make the argument that it does at least have some form of distance confirmation, which is more that can be said of many point & shoot cameras. It’s just a shame they couldn’t have implemented more like the Pentax PC35AF – a camera that lets you worry about whether or not its crappy autofocus system is working before you take the photo, rather than after.

Unfortunately for the Canon MC, it’s all this sort of autofocus nonsense that comes along with shooting cameras of this sort of age that makes many – myself included – prefer the more simple manual focus alternatives.

The slightly iffy autofocus isn’t the only reason I might choose the likes of an XA series camera over the Canon MC. The noise the thing makes when winding the film really lets it down too. I really do think a manual wind would have improved this camera quite a lot. It’s only saving grace is that the auto-wind isn’t triggered until the shutter button is released, so if you’re trying not to draw attention to yourself in a quiet place, you can take the shot, hold the shutter button down and then release it and let the camera wind on with the camera away from your face, or even in a pocket to dull the sound.

The Canon MC in use

The funny thing is, despite all my whining about it, as I said at the beginning of the post, I still find myself a little beguiled by this little camera. To some degree, I think it once again comes back to the fact that I like simple and limited camera. The faff with the autofocus means that I’ve just found myself inclined to take shots of subjects that don’t need reframing. It’s not felt like the greatest option for taking photos of my kids, but for street-snaps and landscape-type shots, it offers a similar feeling approach to one of the manual focus equivalents without the faff of actually having to think about manually focusing. It also seems to have a decent lens!

Photos from the Canon MC

All the photos in this review were shot with JCH Streetpan 400, developed by Silverpan Labs, scanned on a Noritsu LS1100 and post processed in Lightroom 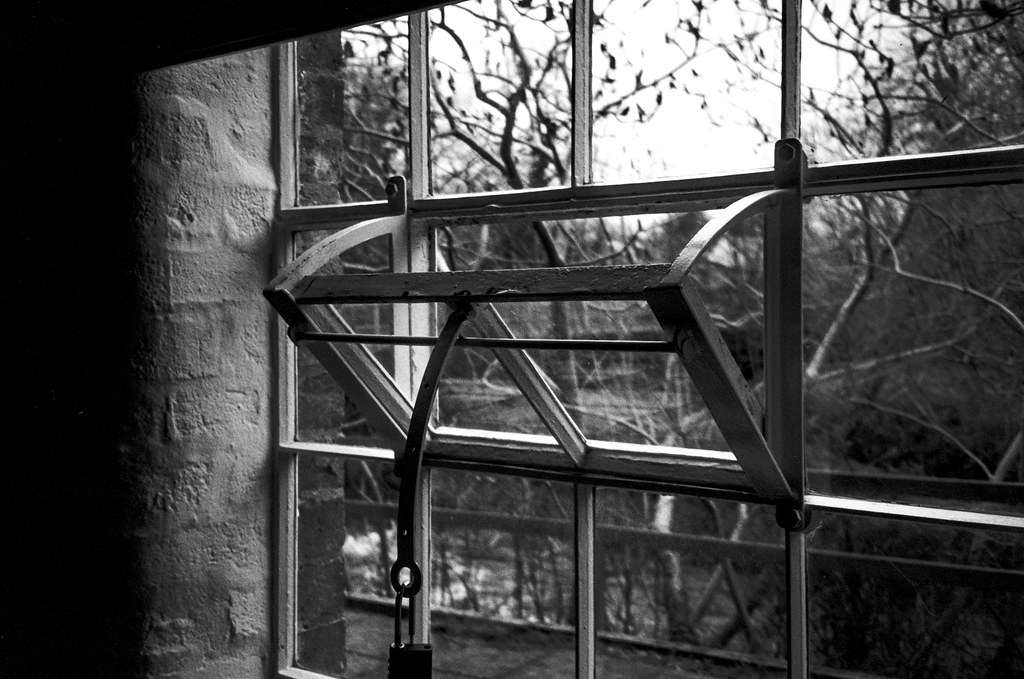 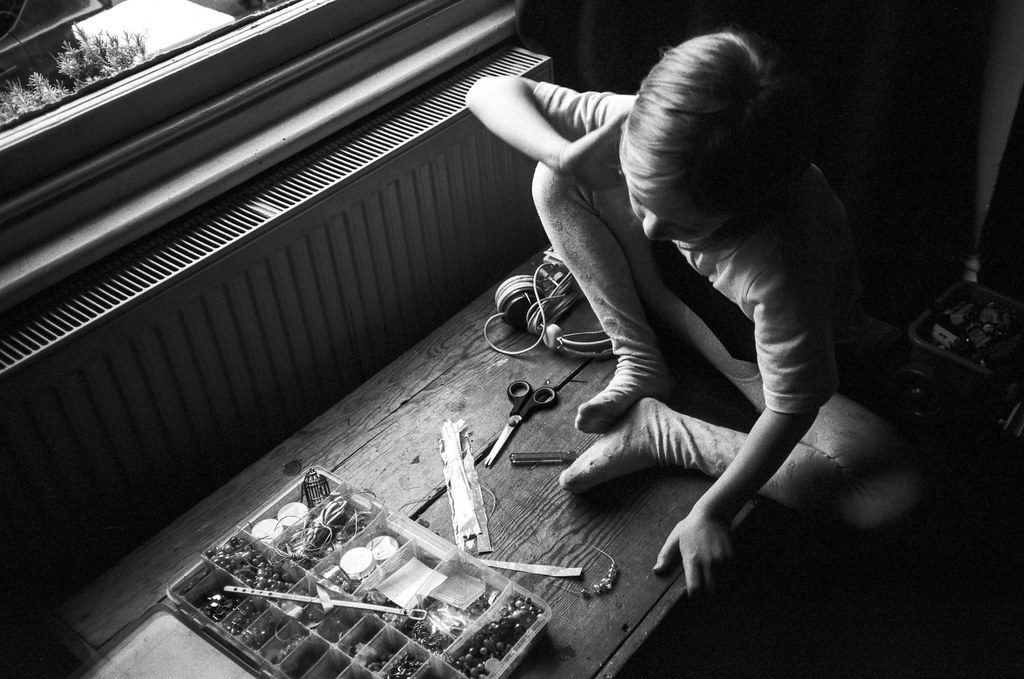 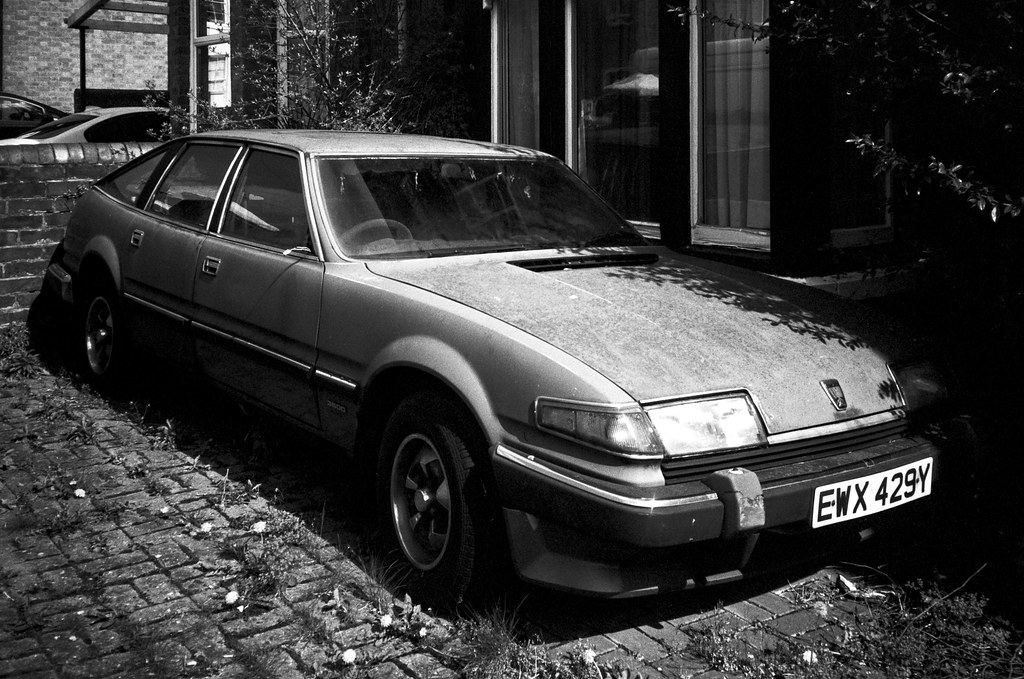 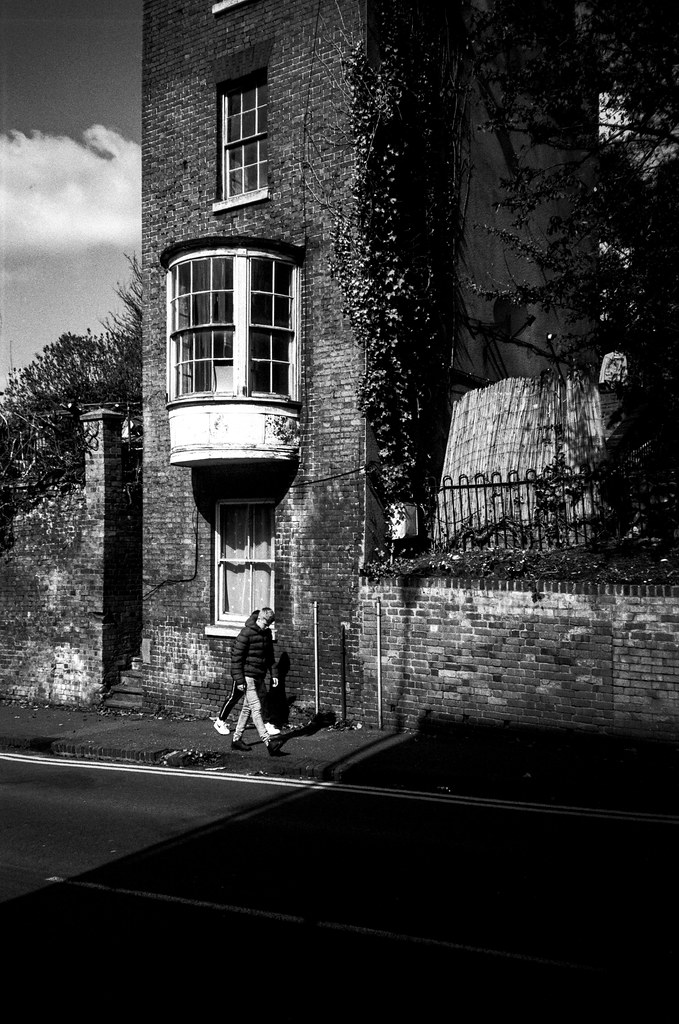 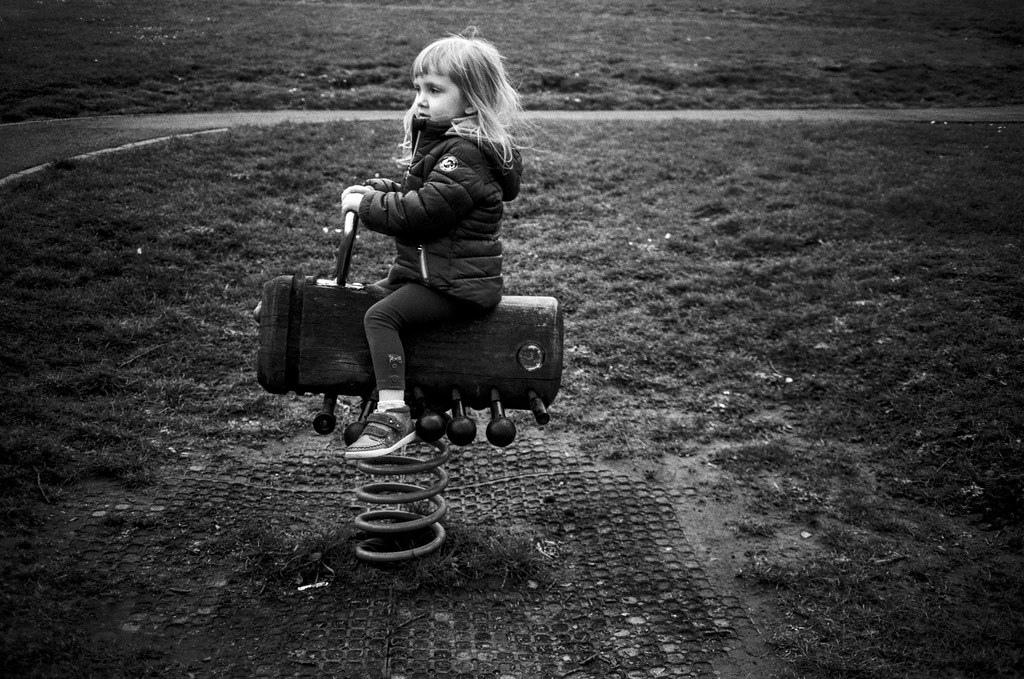 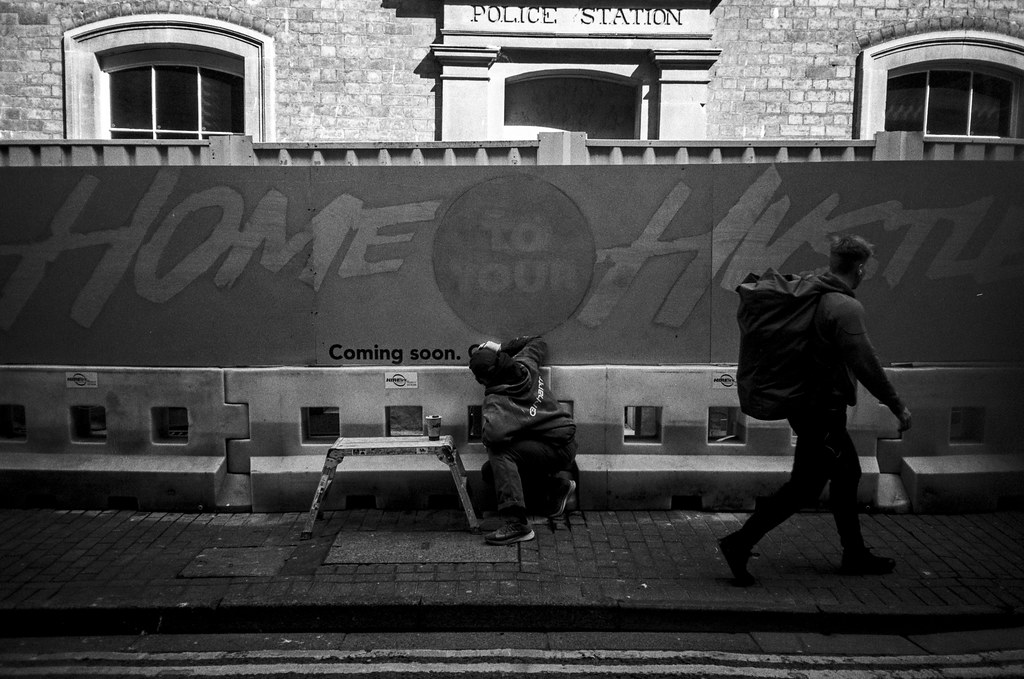 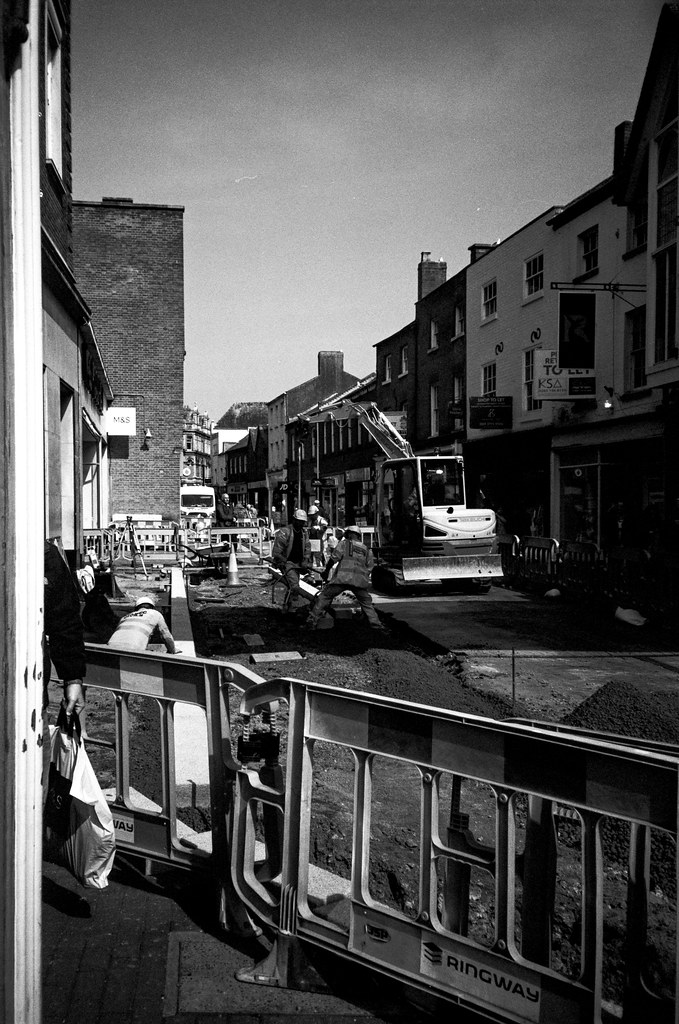 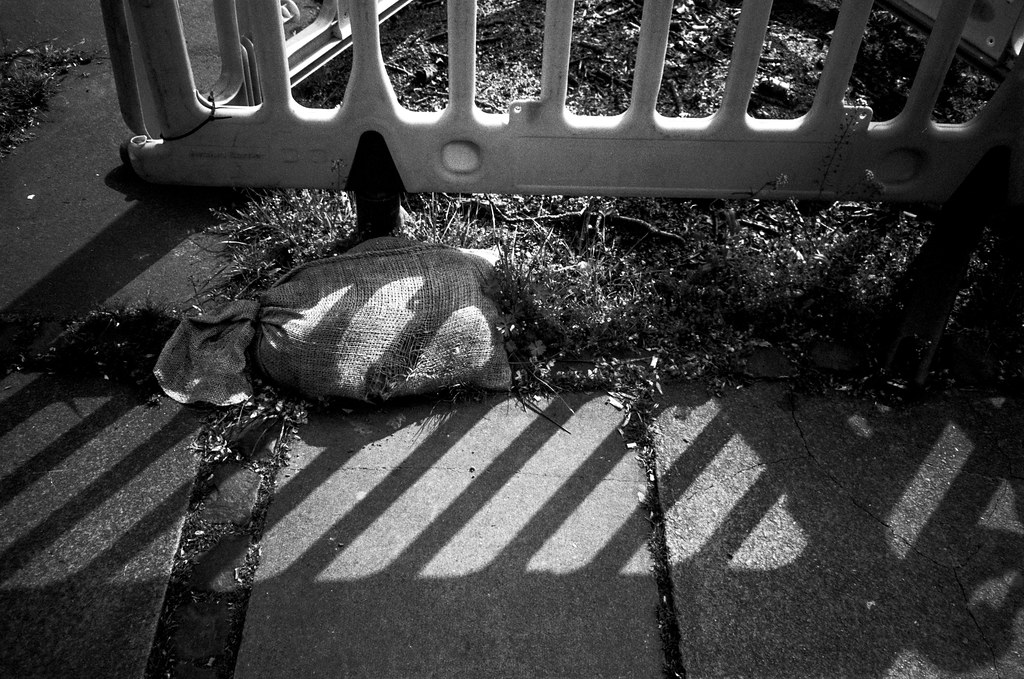 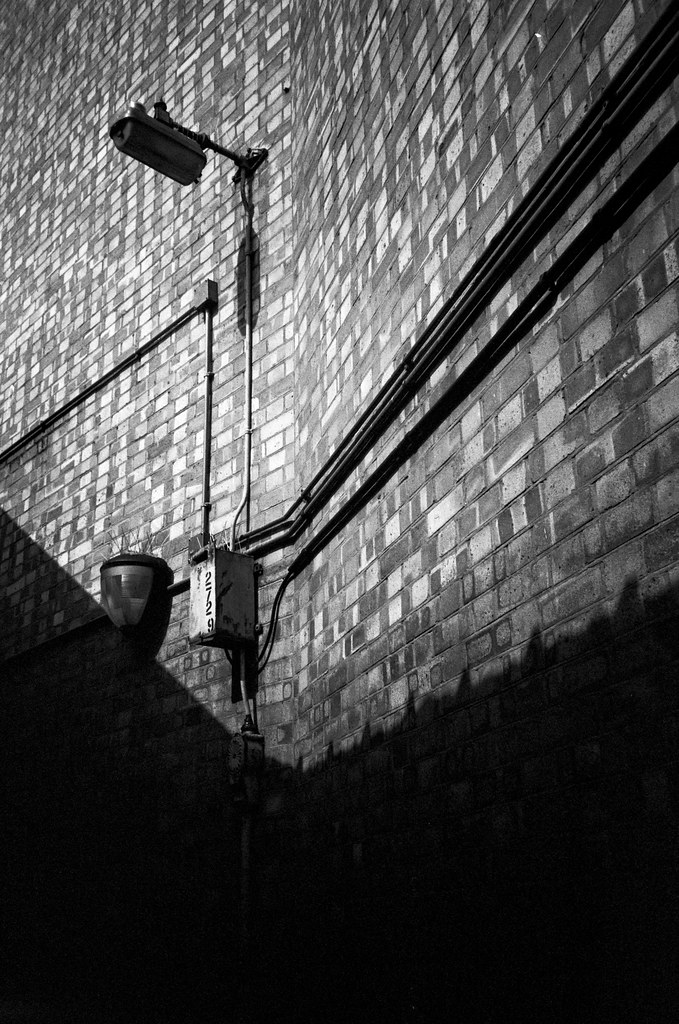 A note from the owner

Before I conclude, it seemed only fit to ask Simon, the owner of the camera his thoughts – not least since he has expressed favour for it. I emailed him a draft of this post, and he replied with the following:

I think that’s a nicely balanced article and you’ve hit the nail on the head about how the use case defines the photographer’s view of the camera. For me, the principle of pointing and shooting when using a pocket-able camera is the whole reason for using one and I find it to be a more compelling option than a rangefinder camera.

For me, the key strengths of the camera are:

I own a few compact cameras including an XA, a Yashica T3 Super and a Fuji DL Super Mini yet it’s the MC’s ability to shoot discreetly without one having to tell it what to do first is its biggest asset and why it’s the compact that I’m likely to pick up first. Beyond the switch for pre-focusing, and an ISO dial (that ranges from 64 to 1000 (sans 800)), there really isn’t anything to think about when shooting the Canon MC. It is definitely fair to say that the autofocus is a bit crap, and it’s a bit noisy, but use it with an awareness of these limitations and it can be quite fun to use – not least because unlike a lot of autofocus point & shoot cameras, the flash can be entirely prevented from firing.

That said, as I outlined at the beginning of this post, I would still struggle to recommend it. I must admit, a lot of this comes down to its value on the used marketplace and my increasing reluctance to spend so much money on cameras of this age that so heavily rely on electronics – especially ones that are so primitive when it comes to their key features.

In short, if you can find yourself a Canon MC at a sensible price, and you like a user experience that imposes limitations, you might find yourself having a lot of fun. Just bear in mind, you might also find yourself wondering why anyone would choose to shoot such a clunky feeling, early autofocus camera. I have definitely experienced both sets of emotions during my time with the Canon MC

If you’d like to know a little more about the history of the Canon MC, the legend that is Mike Eckman reviewed it here