I’ve been photographing Comic Con for a while now, both to produce images for placement but also as part of an ongoing personal project, for which I’ve only recently realised a solid direction. In October I shot mostly with my M240, but also brought my CL and Jupiter 8 which I’ve been using for black and white film photography. 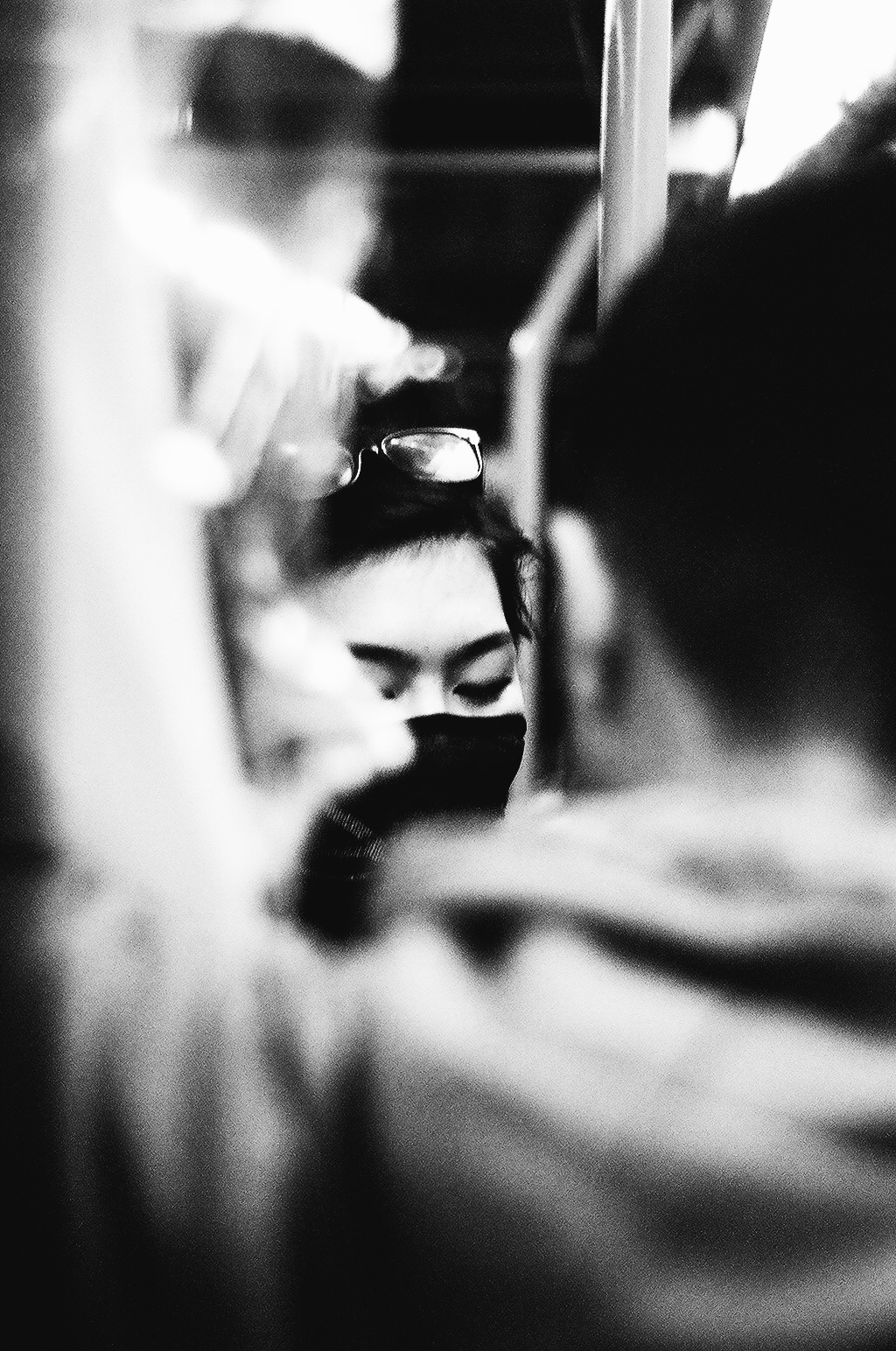 For me Comic Con is quite a casual event, compared to something like Fashion Week, and this allows me to play with the idea of black and white photography at certain times, and gives me some really unique results.

I allocated myself three rolls of XP2 and promised myself that I would only use a frame when I absolutely knew that it would work aesthetically; in black and white, on film, with moments that were either slow enough for me to work with, or interesting enough that they would look good regardless of any motion blur or missed focus. A lot happens at Comic Con, and there are so many scenes and people it was no challenge for me to come away with a good set of images both digitally and on film.

In most of my portrait work with the CL I had the time to slow down and figure out the exposure based on the available light, in order to be sure that the image I captured on film would come out as I needed it to – this is in extreme contrast to my more candid scenes, taken either backstage at the cosplay shows or outside the convention hall after hours.

I was really impressed by the latitude of XP2, and images I shot in very dark conditions came out very nicely. These aren’t the best scans of my work, but I’m still working on that! 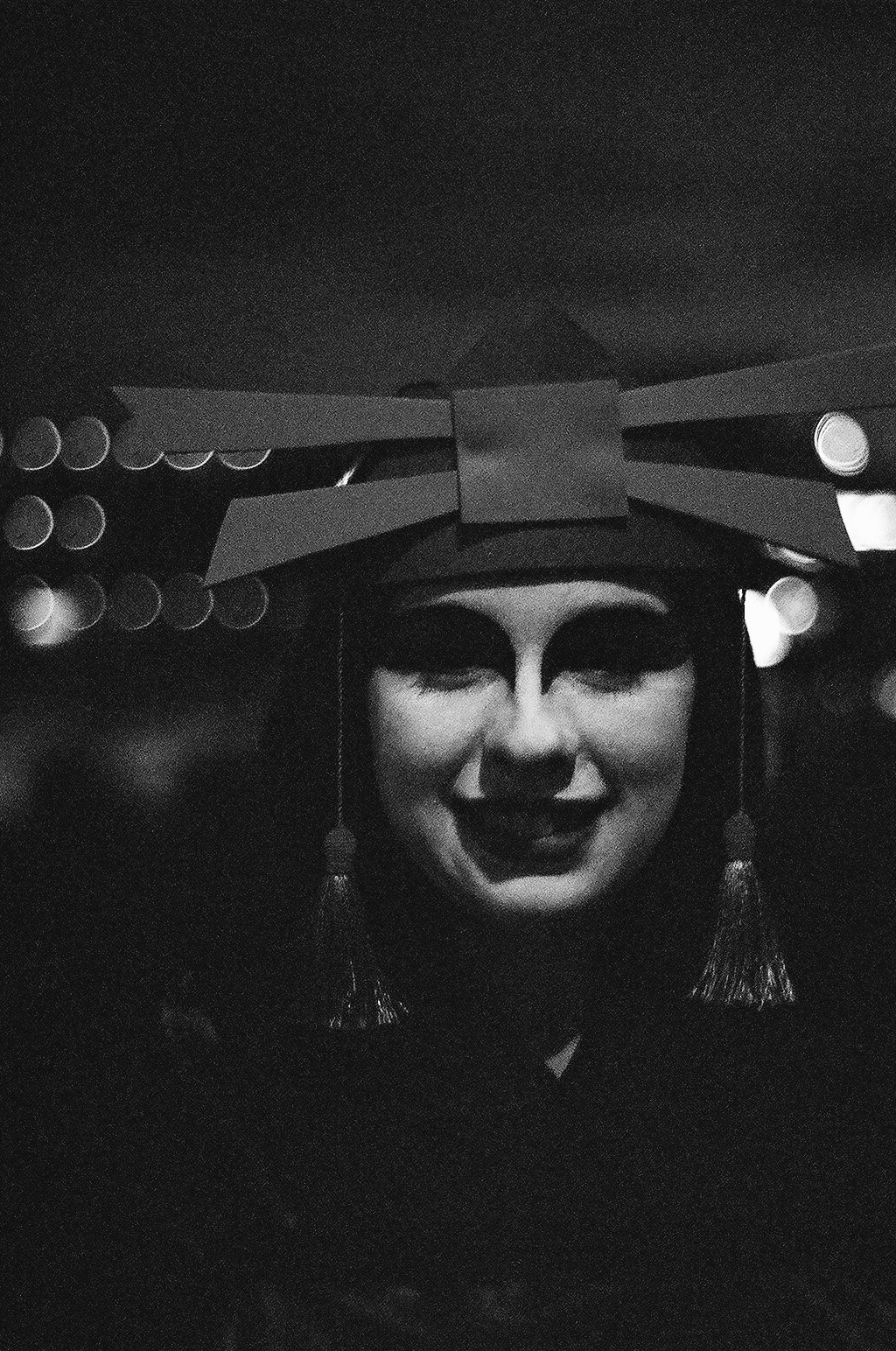 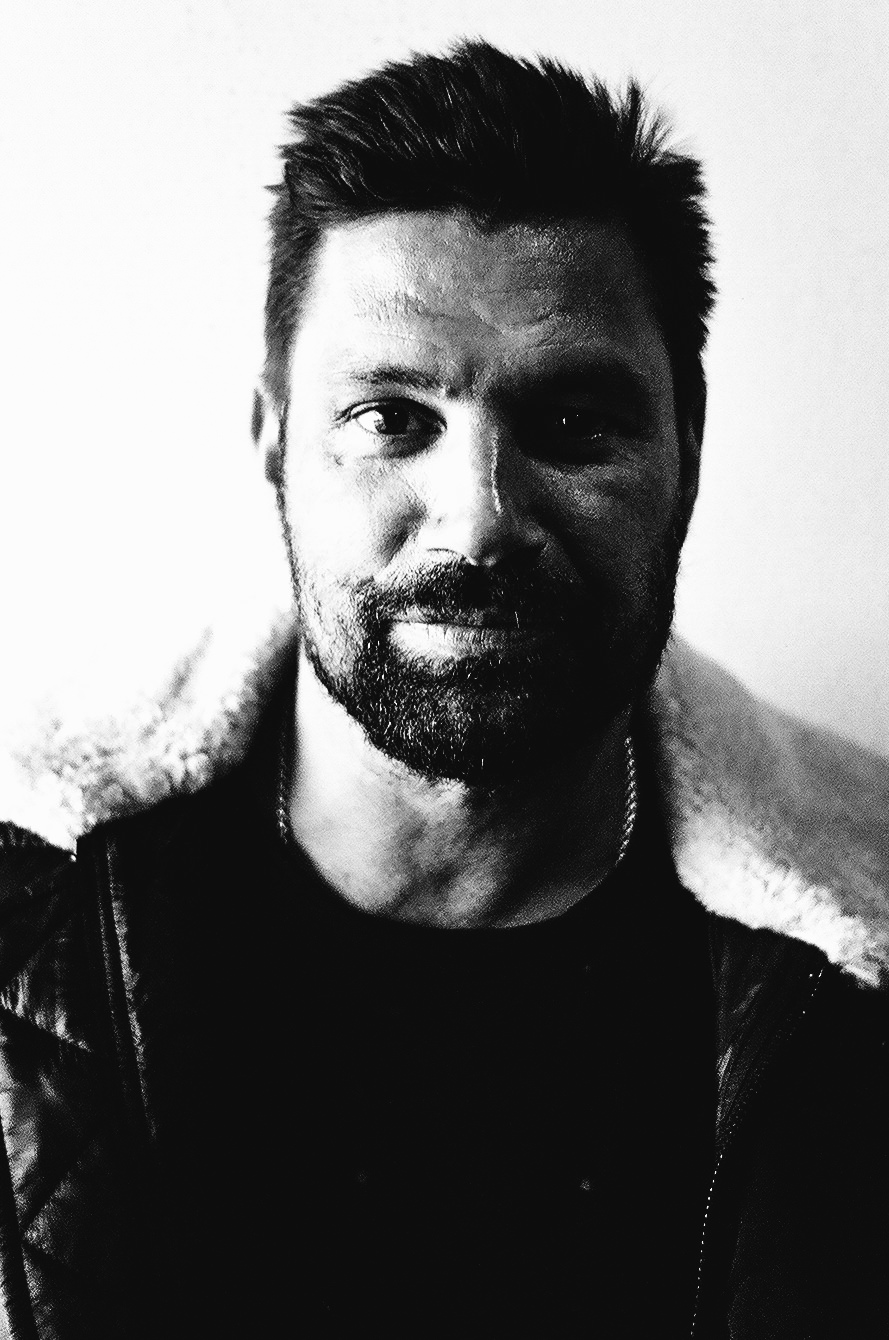 I managed to get some great portraits, both film and digital, of New Zealand actor Manu Bennett. He loved how old my cameras are!

It would have been nice to get a selection of celebrity portraits on film, but this proved difficult. I was under pressure to produce the work I was there on assignment for, which involved a few digital portraits of celebrities, but when it came to actually photographing them I felt quite rushed by the PR team (who are absolutely wonderful, and just as stressed keeping everything on time, it is absolutely not their fault!) to the point that I forgot I had a film camera with me! David Bradley was the first portrait I made that day, after which I was kicking myself for forgetting my CL, so I had it around my neck for the rest, pre focused and exposure set as soon as I entered the room.

Usually I like to keep one camera in my bag and one in hand, and switch as and when I feel the need to. With film being so different, and the CL so small I had no issues with simply wearing it as a necklace for the duration, and have since bought a slightly shorted strap so it hangs just down to my chest. It is light, and easy to access, and that is everything I could ask for in a compact camera.

On the convention floor I fixed my settings at 125th/s and F/2 which gave me the best compromise between aesthetic bokeh and motion blur-free images. I metered these settings on my M240 and was happy with the results, so stuck with them for film but left my M240 on Aperture Priority, which is how I normally shoot it.

The portraits I took around the convention floor are some of my favourites; again I chose between film and digital in the moment based on the outfit of the person I was shooting, and the composition I was able to make on short notice with the background. 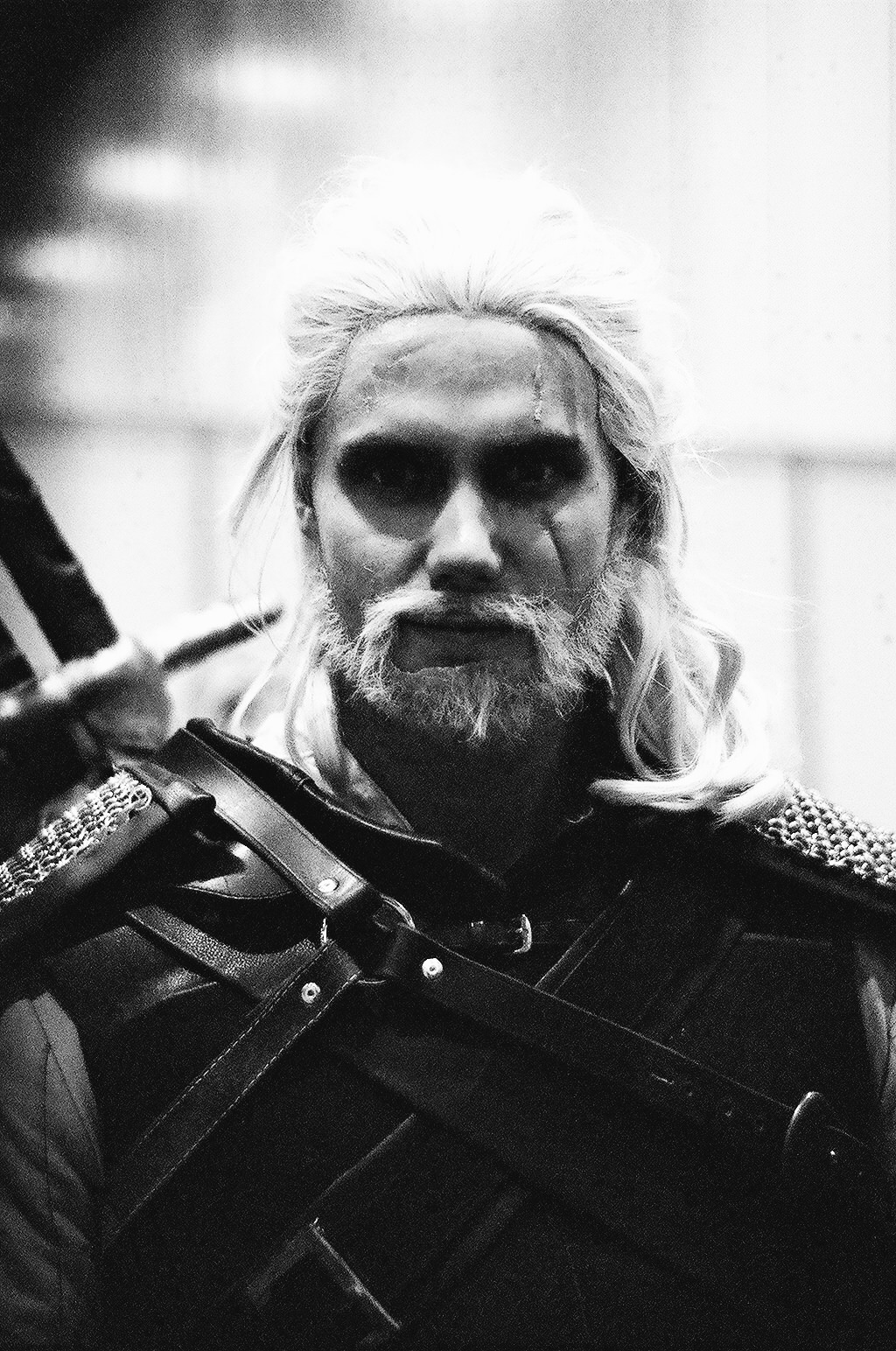 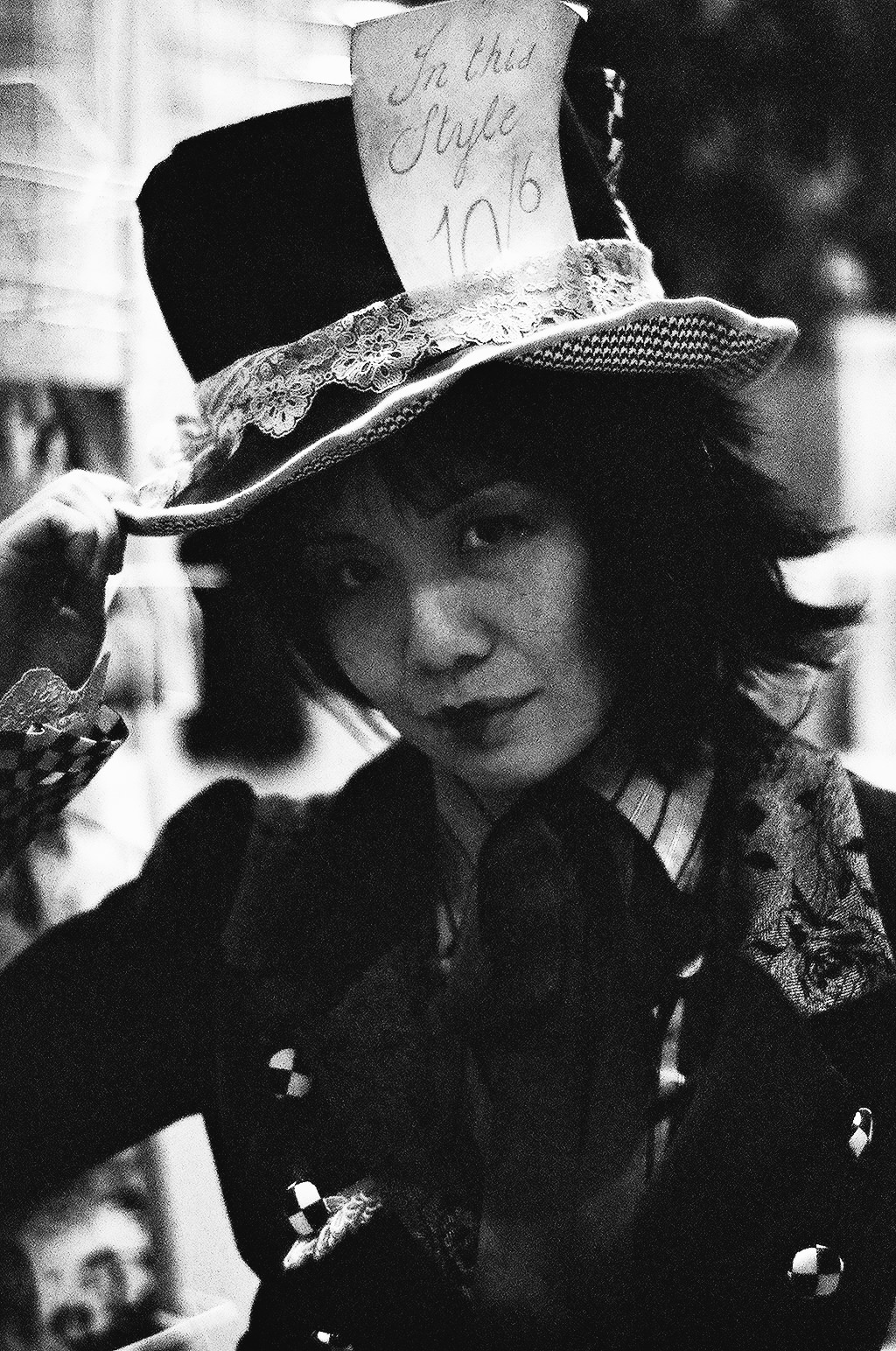 I managed to shoot a lot of the artists and authors away from the signing desks; the ones who promote their work passionately to a very dedicated and equally passionate audience. I had more time to photograph these than the “A-List” celebrities who had attended, because I only needed to catch them in a quiet moment at their stall, rather than using the time allocated to me specifically. 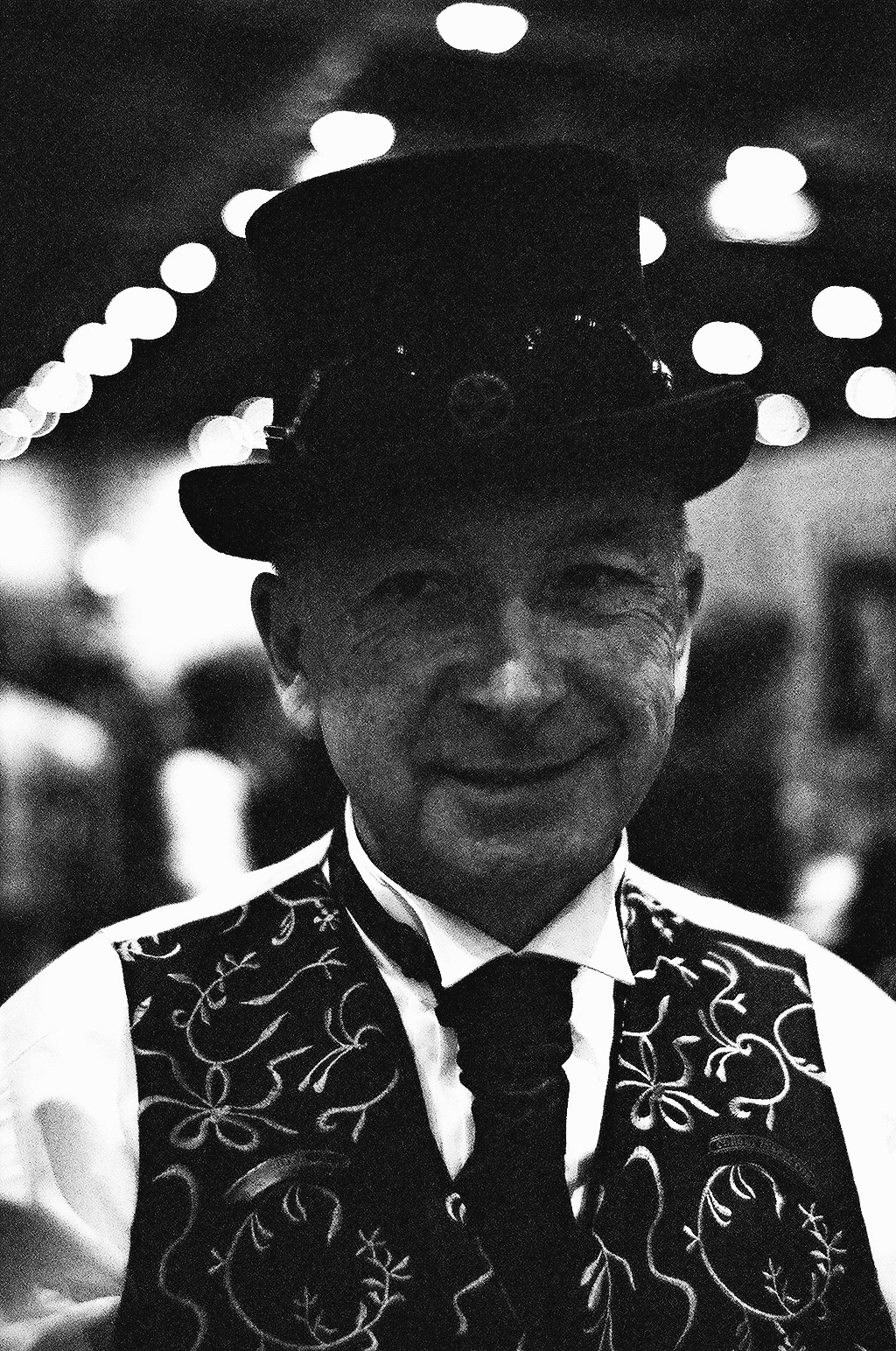 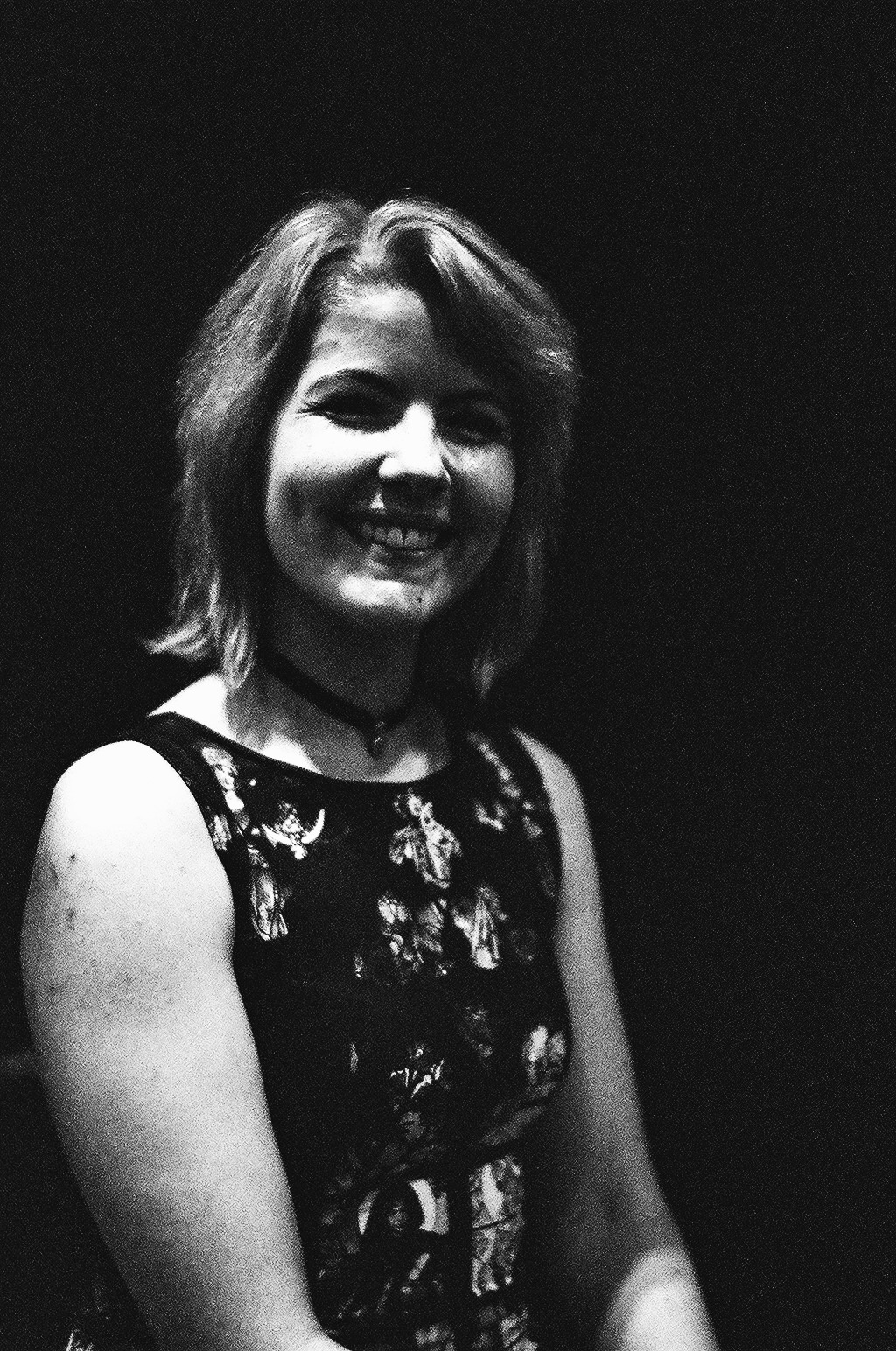 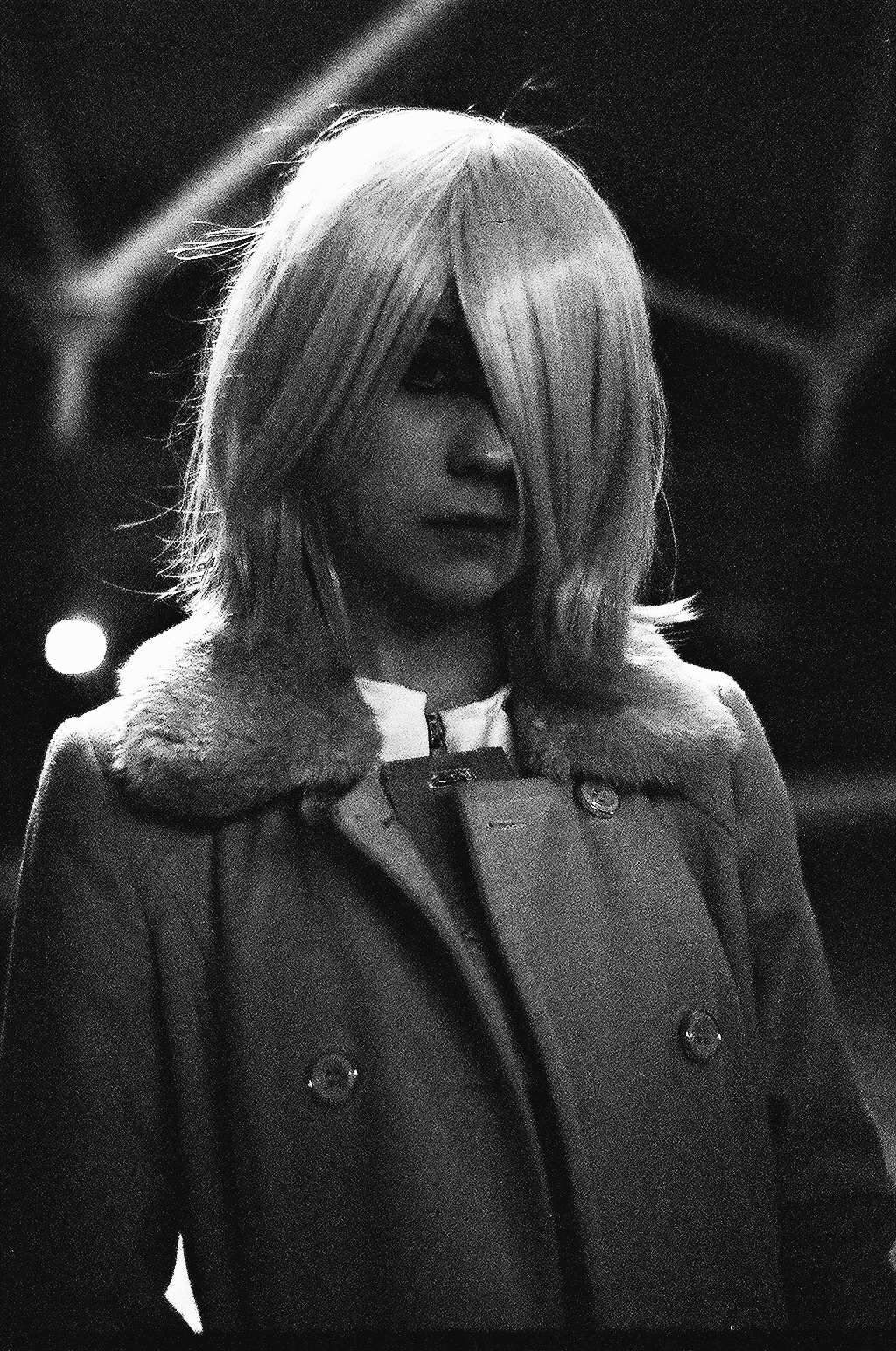 Cosplayer Megumi Koneko, photographed after hours outside the convention hall.

Backstage during the cosplay shows was very difficult to capture on film. There was very little light, and I couldn’t decide on whether I would rather try to get partially illuminated silhouettes, or to vastly underexpose and hope that my hands would be steady enough to get useable images. In the end I made an effort to find areas that would offer dramatic lighting and waited for the right costumes to go past. 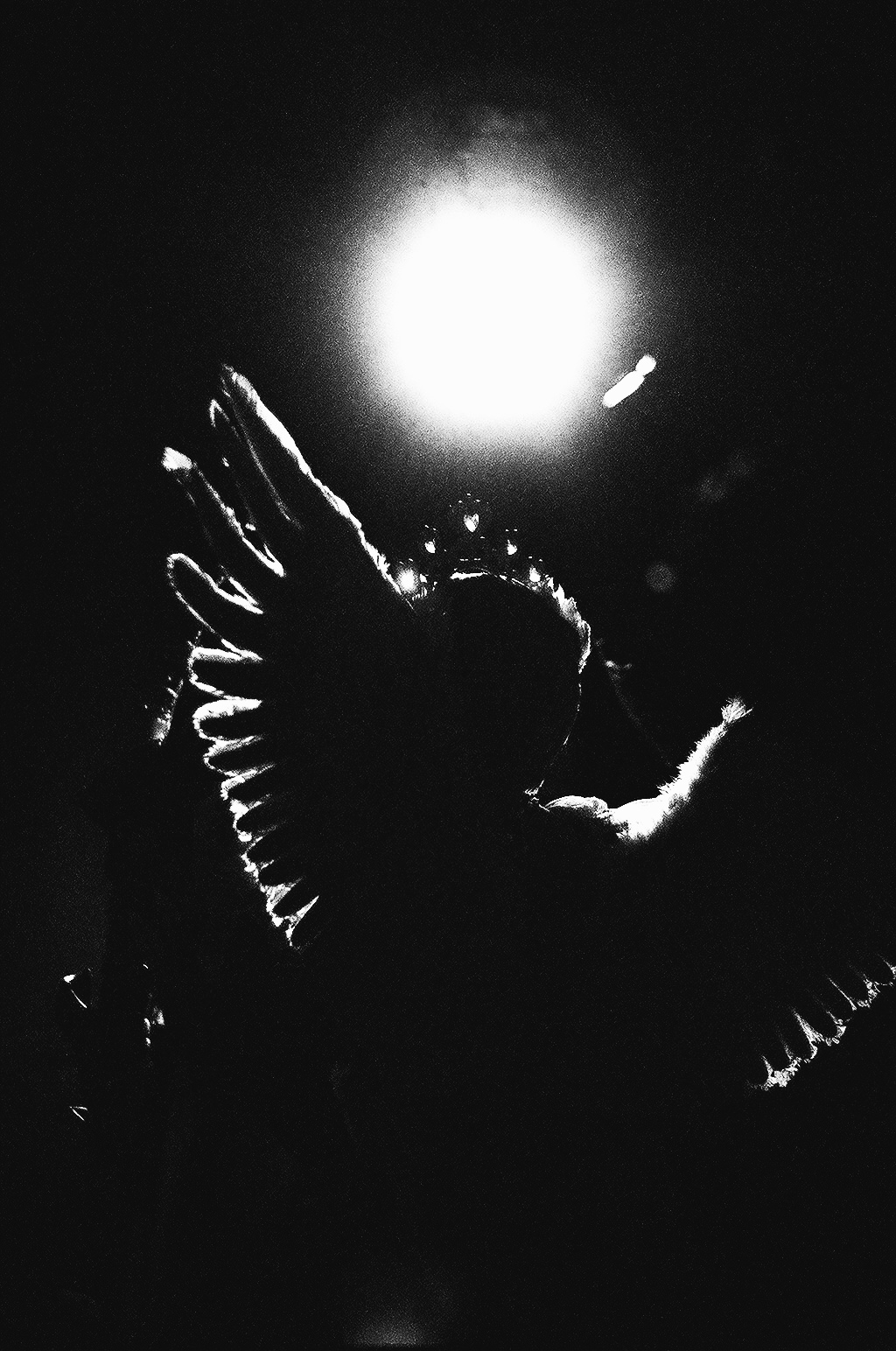 The stage itself was very well lit, as you’d hope, and I found it easier to capture film images of the performers there. 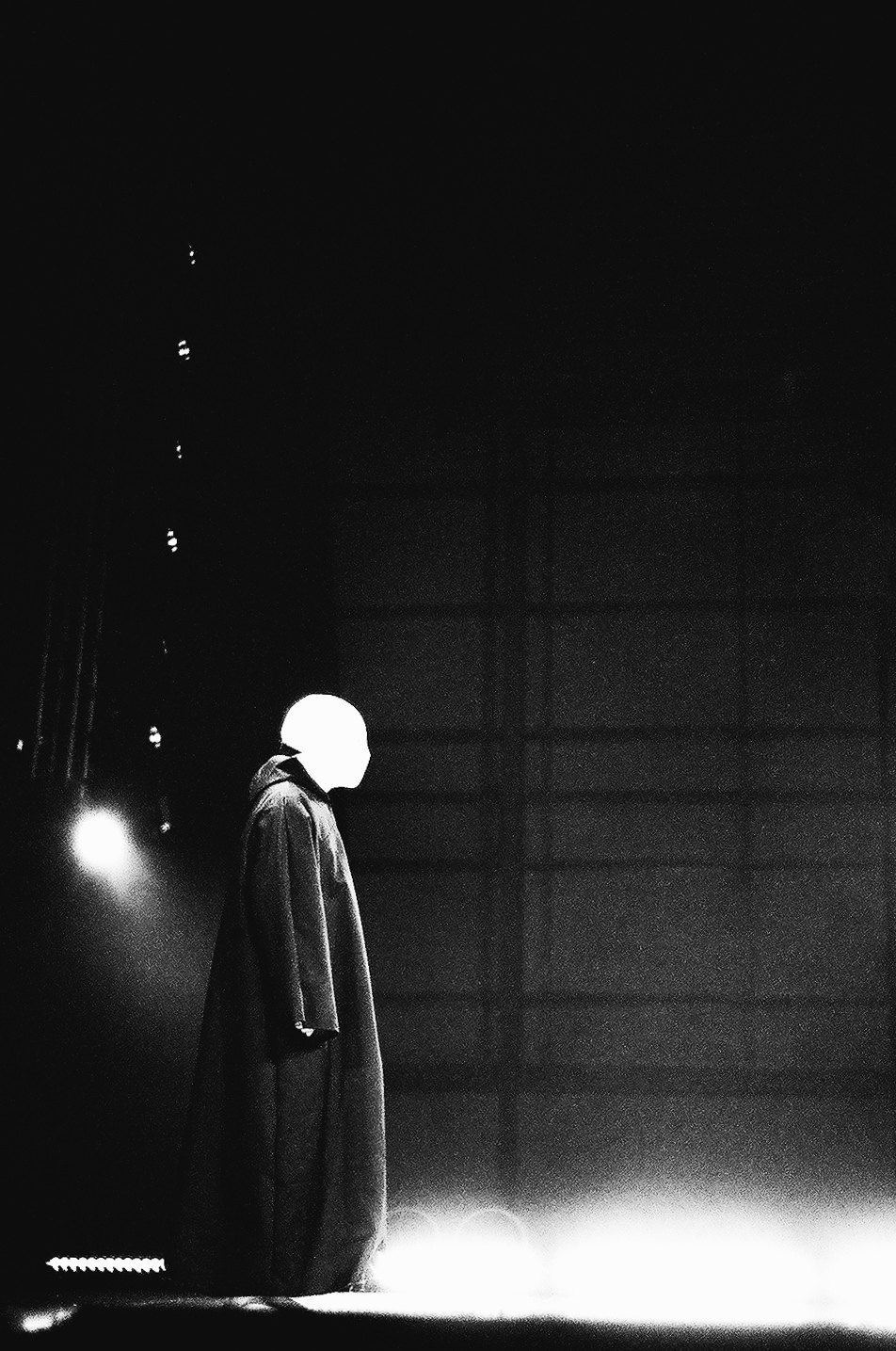 Comic Con after hours is always truly fascinating; it’s almost like an extensive cultural exchange, with communities, friendship groups, artists, performers all just relaxing and having a good time. This is always a great time to get portraits, and depending on the activity, some great photojournalism as well. 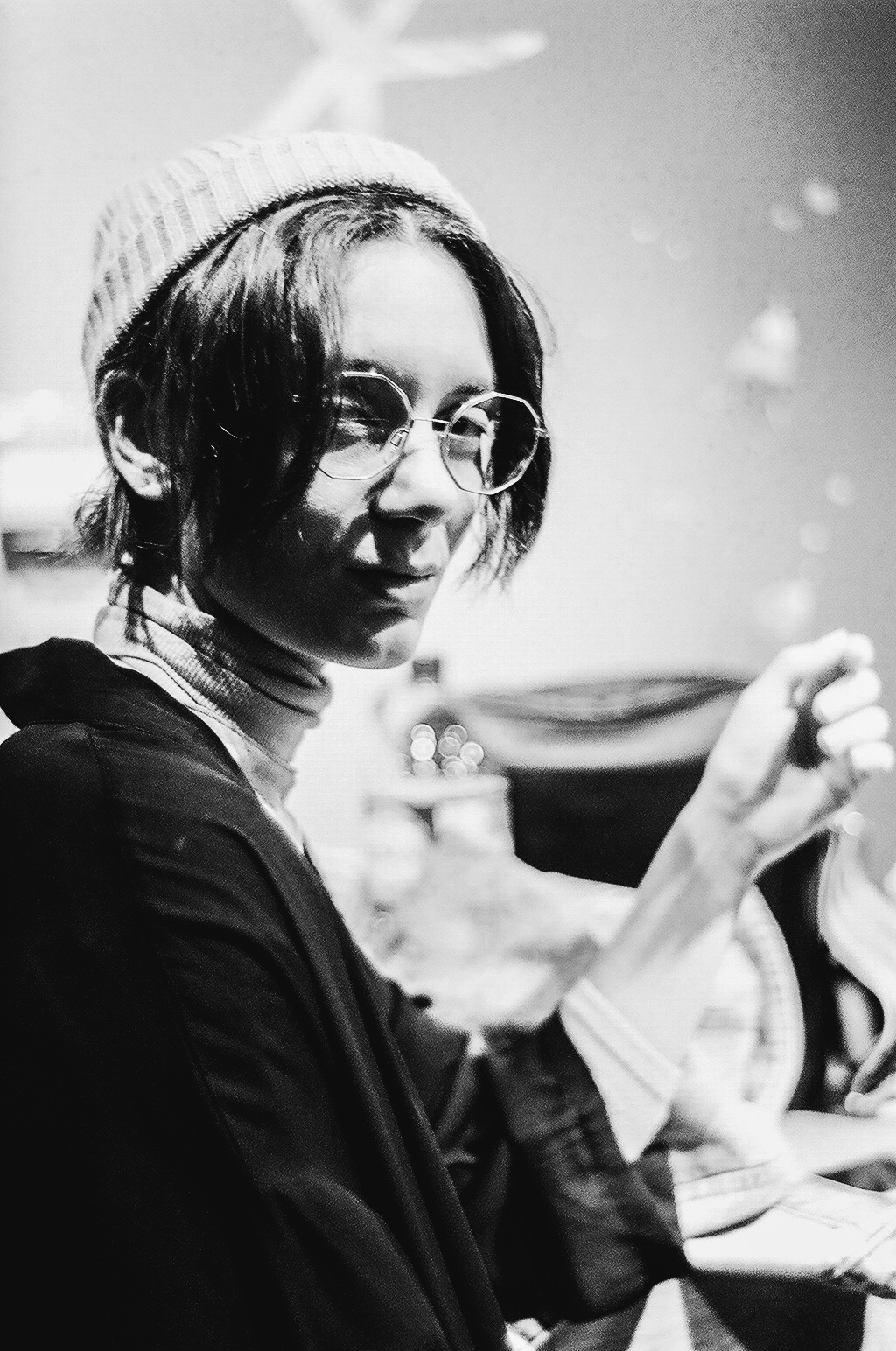 I spent some time photographing a “fight club” which was very difficult to capture. In the corner of the open area outside the convention centre, completely unlit aside from the windows of a nearby hotel, people both in and out of costume and character were tackling each other to the ground, where a very unofficial looking “referee” would decide on the winner and looser.

I could barely see my settings, and shot mostly on digital – and even those were technically terrible images (though atmospheric). I scrolled my shutter speed on the CL down and hoped for the best, whilst panning and tracking to keep up with the chaos of the fights, waiting for the bets moment to actually take a photograph. It really reminded me how often I rely on burst mode! 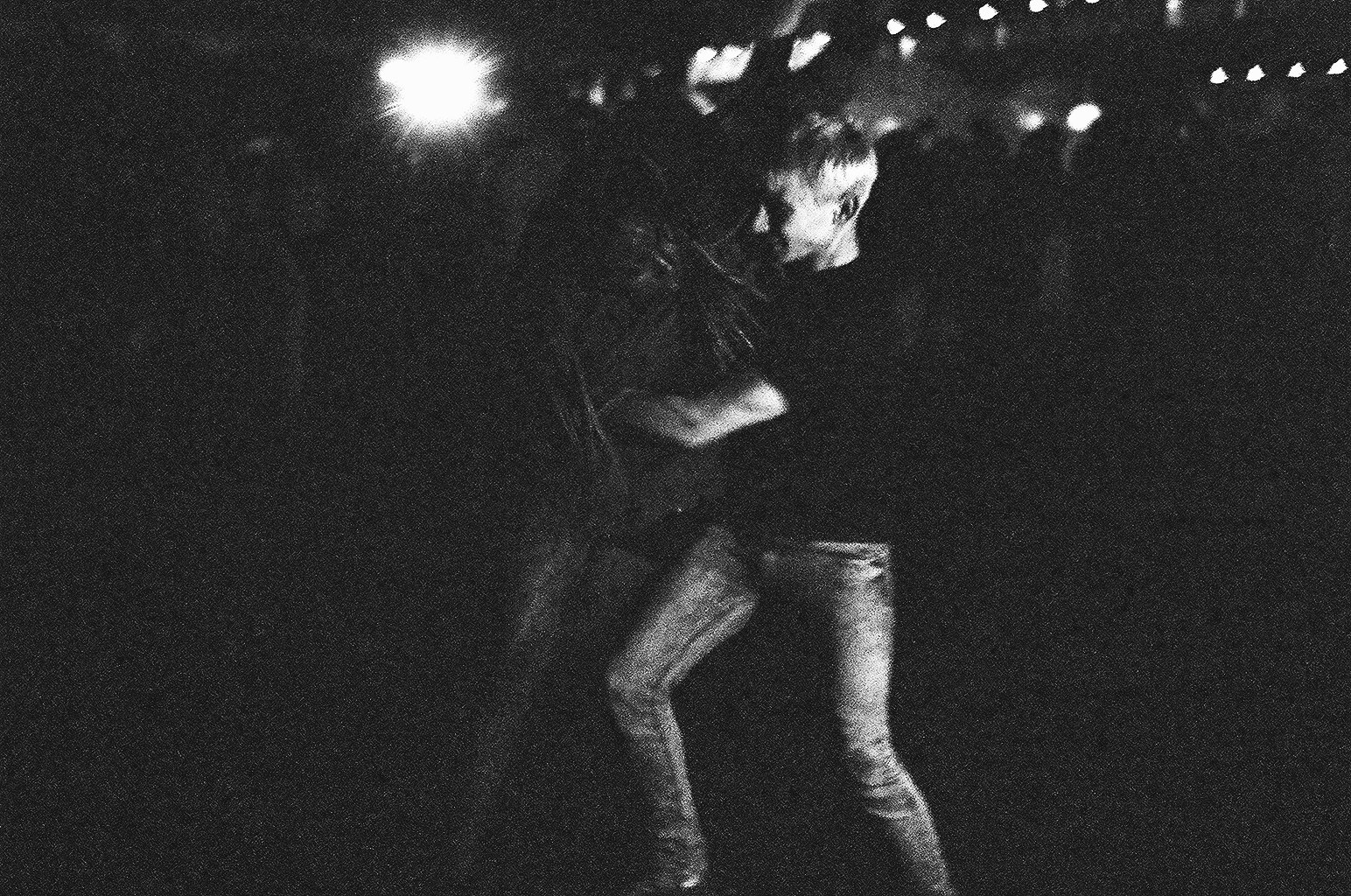 I had a lot of fun photographing scenes on the platform and on the DLR. It is great when the attendees, especially those in costume, leave the “safe space” of the convention and go onto the underground, where they get very British glares from the other commuters! 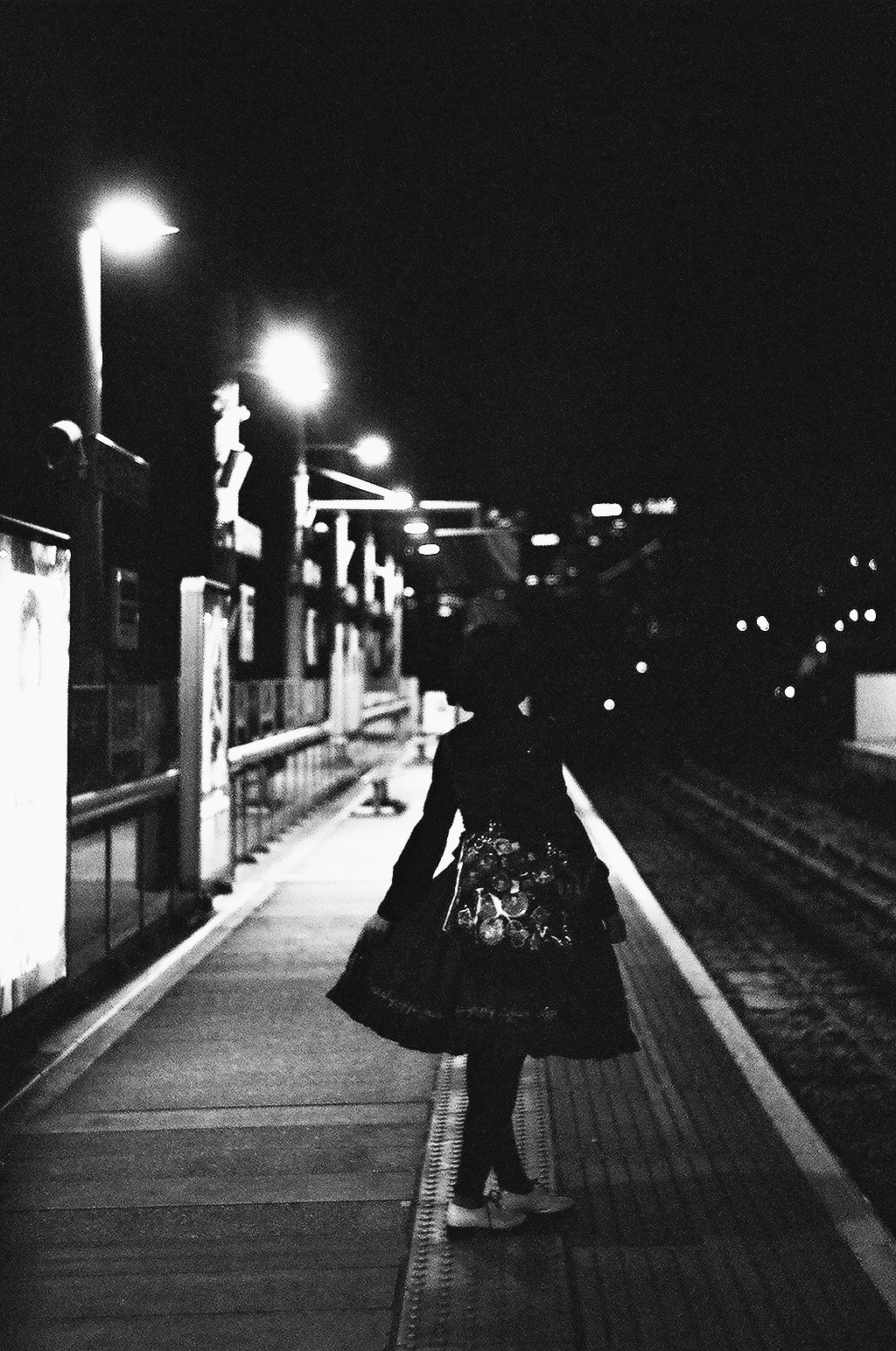 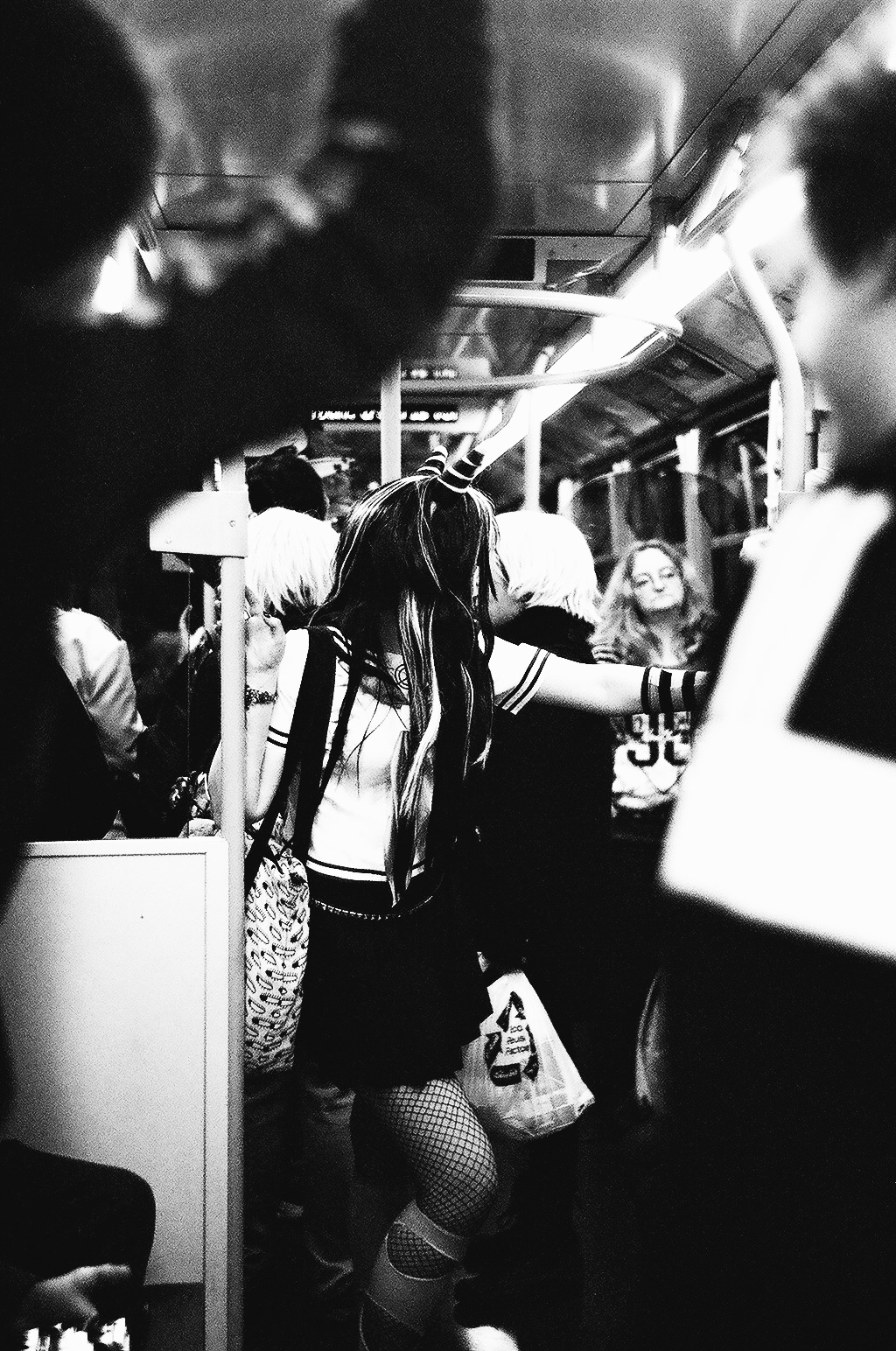 The CL is not a fast machine – as with many other manual film cameras it is only as fast as its user. For this fight photography I was not as fast as I hoped to be given the situation. This calls for a lot more practice! The shots I did manage to get were only thanks to my experience in similar situations with my digital rangefinder.

As you can (hopefully) tell from the images above the real strength of the CL is in its discretion. Whether I was shooting world famous actors and authors or shy cosplayers almost everyone had time for me and my tiny camera. It opens up such a possibility for friendliness, it felt almost comical to step up to someone who had just spent five minutes being bombarded with large lenses and clacky DSLR’s and quietly ask for a single shot. Sometimes they would remain posed even after I had finished and walked away, they hadn’t realised I’d even taken it yet!

It is as mechanically precise as any M, and I had no doubts about its performance while shooting – that said, my only real issue with shooting the CL was more a limit of film itself rather than anything the camera did wrong. I’ll be writing an article on using film alongside digital for professional photography assignments, but the main drawback of the CL was having to wait to see whether the images were useable, let alone any good, before submitting them for publication. I definitely recommend a digital body to use alongside film especially when working on someone else’s time!

Thanks for taking the time to read this! If you’re interested in the images I shot on my digital M over Comic Con you can read about it on my personal blog. You can also follow my ongoing work on Instagram. Leica Monochrom (M9M) review - for the love of black and white 5 Frames with an Olympus E-M10 by Vlado Ondrejovic